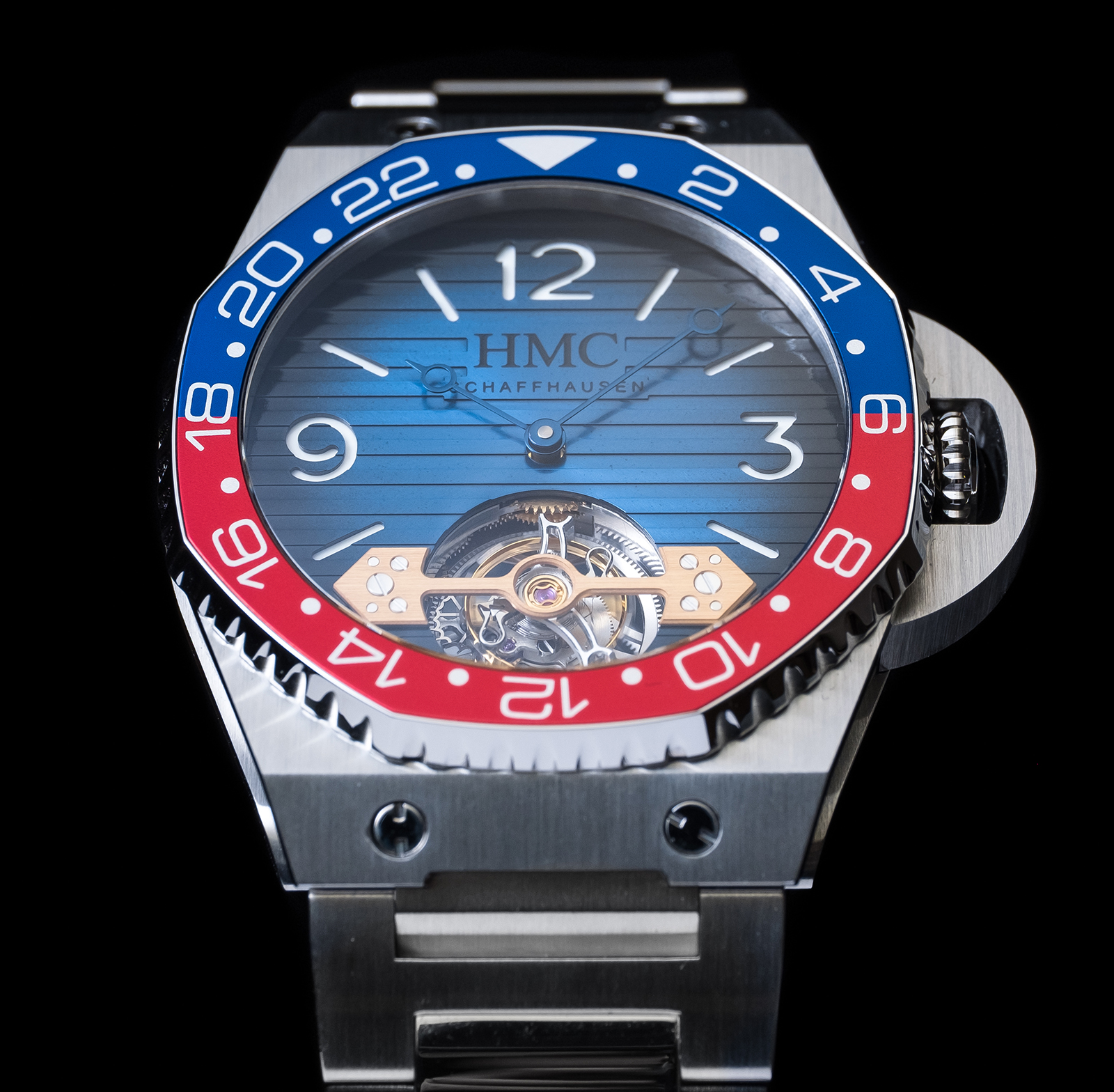 Having created the Swiss Alp Watch, a subversive dig at the Apple Watch and then the Swiss Mad Watch embedded with Swiss cheese, intended to stir debate about the “Swiss Made” label, H. Moser & Cie. has just served up yet another wisecrack at the high-end watch industry with the Swiss Icons Watch. Now at SIHH 2018 Moser protests against the tall-talking tactics of luxury incumbents.

“Many brands, even historical ones, create and produce nothing but substitute substance with artificial hype to stay relevant,” says Edouard Meylan, Moser’s chief executive, in the announcement, “Reinforcing their efforts with prestigious events and paying ambassadors who have no links to watchmaking; these tactics are just artifice that serve as smoke and mirrors. It’s all about who has the longest history, the most famous celebrity ambassador, or influencer with the most followers.” The “icons” of watchmaking are unmistakable in Moser’s creation. Measuring 43mm in diameter, the Swiss Icons Watch features an octagonal bezel reminiscent of the Royal Oak that nonetheless has a serrated edge and “Pepsi” insert of the Rolex GMT-Master. And in a double dose of irony, the case is taken from Hublot, which itself has been faulted for being similar to the Royal Oak, featuring two pairs of H-shaped screws on the lugs.

The horizontal guilloche on the dial is definitely from the Nautilus, here combined with a Panerai-style sandwich construction, featuring cut-out indices. Moser doubles down on the Panerai references, with a Luminor-esque semicircular crown guard. An gold, arrow-shaped bridge is definitely from Girard-Perregaux’s Tourbillon with Three Gold Bridges, while Breguet lends its signature pomme hands, and IWC its “Schaffhausen” logo. Amusing as it is, Moser itself has done some of the very things it parodies, most obviously with being a resurrected historical name with a celebrity friend in the form of musician Brian Ferry. So perhaps it is self awareness that the Swiss Icons Watch has some Moser hallmarks, which include a Funky Blue dial – that’s nonetheless a dead ringer for the graduated blue of the Nautilus – and a double hairspring made from PE5000, a paramagnetic alloy developed by Precision Engineering AG, Moser’s sister company that makes movement parts. Also recognisable as a Moser creation is the the modular one-minute flying tourbillon with a characteristic V-shaped cage.

Powering the watch is the self-winding cal. HMC 804, which offers a three-day power reserve and is wound bidirectionally by an 18k red gold rotor. A one-off creation, the Swiss Icons Watch will sold at auction later in the year, with all proceeds going to the Fondation pour la Culture Horlogère Suisse, a body (on which little additional information is currently available) that supports watchmaking education.

Update January 11, 2018: H. Moser & Cie. issued a statement from its chief executive saying the Swiss Icons Watch would be withdrawn with immediate effect, and will “no longer be presented and won’t be sold”. The watch was “unfortunately sometimes misunderstood”.