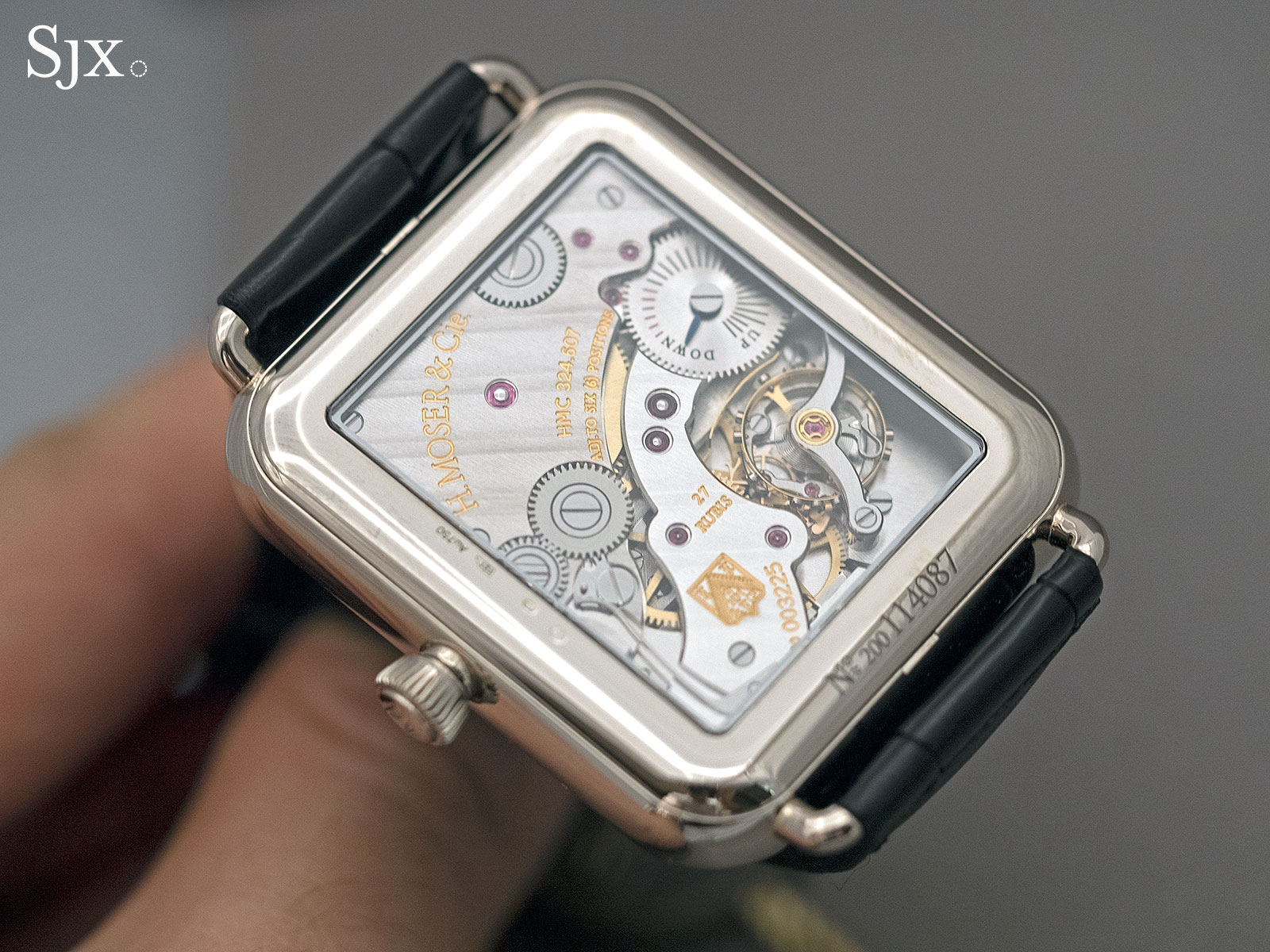 Moser‘s limited edition Swiss Alp Watch was a surprise hit when the Apple Watch twin made its debut in January 2016. Now that the original 50-piece run is sold out, Moser has introduced the Swiss Alp Watch S as part of the standard collection.

The new Swiss Alp S retains the same oblong case that’s a largish 38.2mm in diameter and 44mm long. Hefty in the hand, the case is 18k white gold, with the same bevelled sapphire crystal that the Apple Watch has, though it has to be said the crystal on the Apple’s smartwatch fits with tighter tolerances.

What’s different is the dial that sports a graduated blue tone known as fumé that’s become a trademark of sorts for Moser. Darker than the bright blue fumé found on the recent Funky Blue time-only and perpetual calendar watches, the blue fumé on the Swiss Alp S is muted and serious looking. While the design tries to be funny, the movement is admirably serious. The calibre HMC 324 was originally developed for the unloved Henry, an inelegant watch named after Moser’s founder.

The HMC 324 is a large form movement that’s tonneau-shaped, making it entirely appropriate for the watch case in shape and size. The movement shape is unusual in itself, but HMC 324 also features several other appealing details, including the long click spring for the winding ratchet as well as steel chatons for the jewels. And the HMC 324 has a four day power reserve, indicated by a power reserve indicator on the back. A notable technical feature is the interchangeable escapement with the escape wheel and pallet fork made of hardened gold. This was designed to reduce turnaround times for overhauls, as the escapement module can be replaced for a freshly lubricated one.

Like all Moser movements the HMC 324 is made in-house, right down to the Breguet overcoil hairspring that’s made by Precision Engineering, Moser’s sister company.