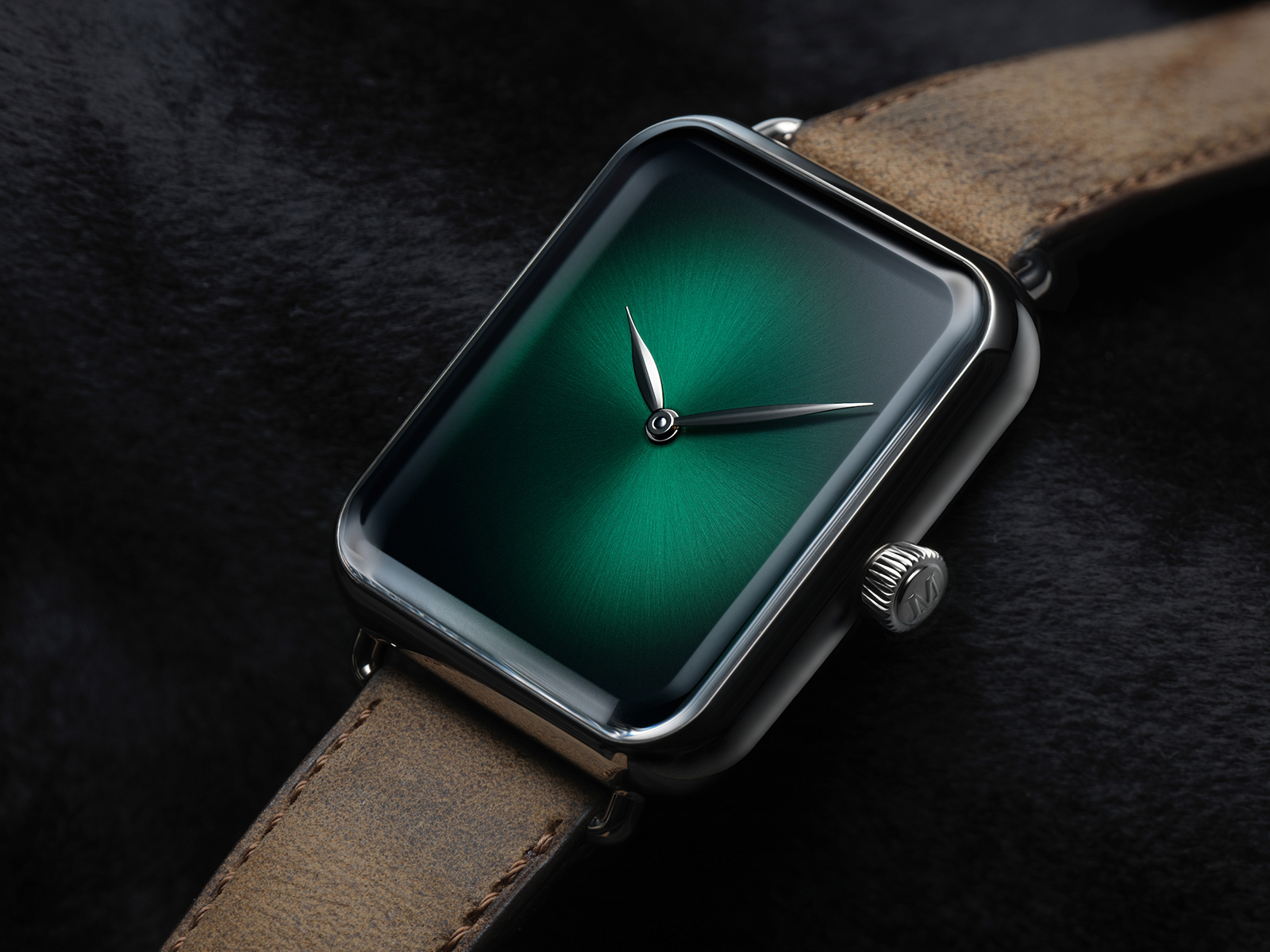 The provocative Swiss Icons Watch may have been rescinded, but Moser’s subtle dig at the Apple Watch has been iterated in various incarnations from the Swiss Alp Watch Zzzz to the Swiss Alp Watch S. Launched in 2015 as a limited edition, the watch was a gentle jab at Apple’s smartwatch just as the Swiss watch industry was starting to worry about its future.

The Swiss Alp Concept Watch is white gold and features Moser’s distinctive “cosmic green” dial with a graduated finish that darkens towards its edges. Just like the Apple Watch, the watch has a rectangular case with rounded corners, and being a Moser “Concept” watch, the dial is index-free. Inside beats the hand-wound cal. HMC 324, the brand’s top tier time-only movement that has a four-day power reserve as well as a Straumann hairspring and an interchangeable escapement. The escapement also has the pallet fork and escape wheel made of solid gold.