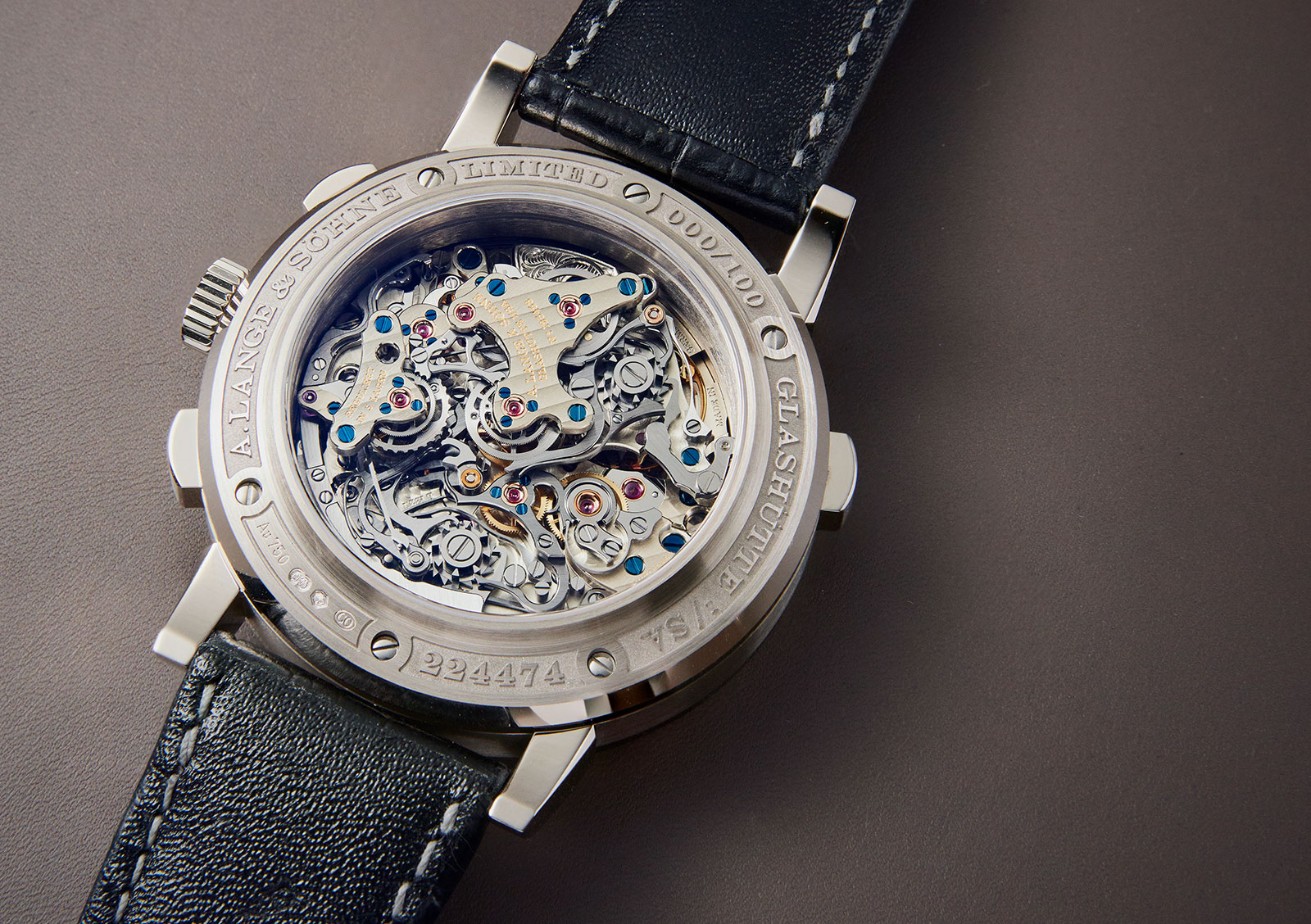 Highly complicated watches are usually unnecessary and often fall flat. But if done properly – and done first, before everyone else – the result can make for a great product. So it is with the A. Lange & Söhne Triple Split.

Definitely one of the best chronographs of SIHH 2018 (the only other contender is the F.P. Journe Monopoussoir Rattrapante), the Triple Split does exactly what the name indicates. The newly developed L132.1 movement records two simultaneously times of up to 12 hours, splitting the seconds, minutes and hours, on three separate registers. According to Tino Bobe, the watchmaker’s head of manufacturing and one of the key people behind the Double Split, the Triple Split movement is derived from that of the Double Split, but with numerous improvements throughout – from the chronograph levers to the barrel – cumulatively make it a radically different movement.

The goal of the Triple Split development team was to put more into a space of the same size, an approach different yet philosophically similar to what Audemars Piguet did with the Royal Oak RD#2 Perpetual Calendar, which was to build the same complication but in a much smaller space. The two movements are almost identical looking from the back, with a mass of finely finished steel levers that explain why Lange is regarded as the maker of the best traditionally constructed chronographs on the market. But the Triple Split is distinguished by one obvious difference: the chronograph bridge is significantly larger, extending upwards to hold the mechanism for the split hours. Amongst the biggest challenges in the movement’s five year development was a seemingly simple task, moving the power reserve from noon to six o’clock. In the Double Split the power reserve indicator sits at 12 o’clock, for the prosaic reason that the barrel sits just below, meaning that the display is almost directly linked to the barrel. But to make the point that the Triple Split is triple, and not a measly double, the watch had to have the 12-hour split register take pride of place at the very top of the dial. Consequently the power reserve had to be rerouted under the dial, landing at six o’clock. The sub-dial layout of the Triple Split actually gives it a more pleasing and balanced aesthetic than the Double Split, with the 12-hour counter and power reserve helping to balance each other. Limited to 100 pieces, the Triple Split is only available in white gold, for now. While Lange has not indicated any future versions in other metals, that is almost inevitable, which should give hope to those who prefer a rosier or heavier watch.