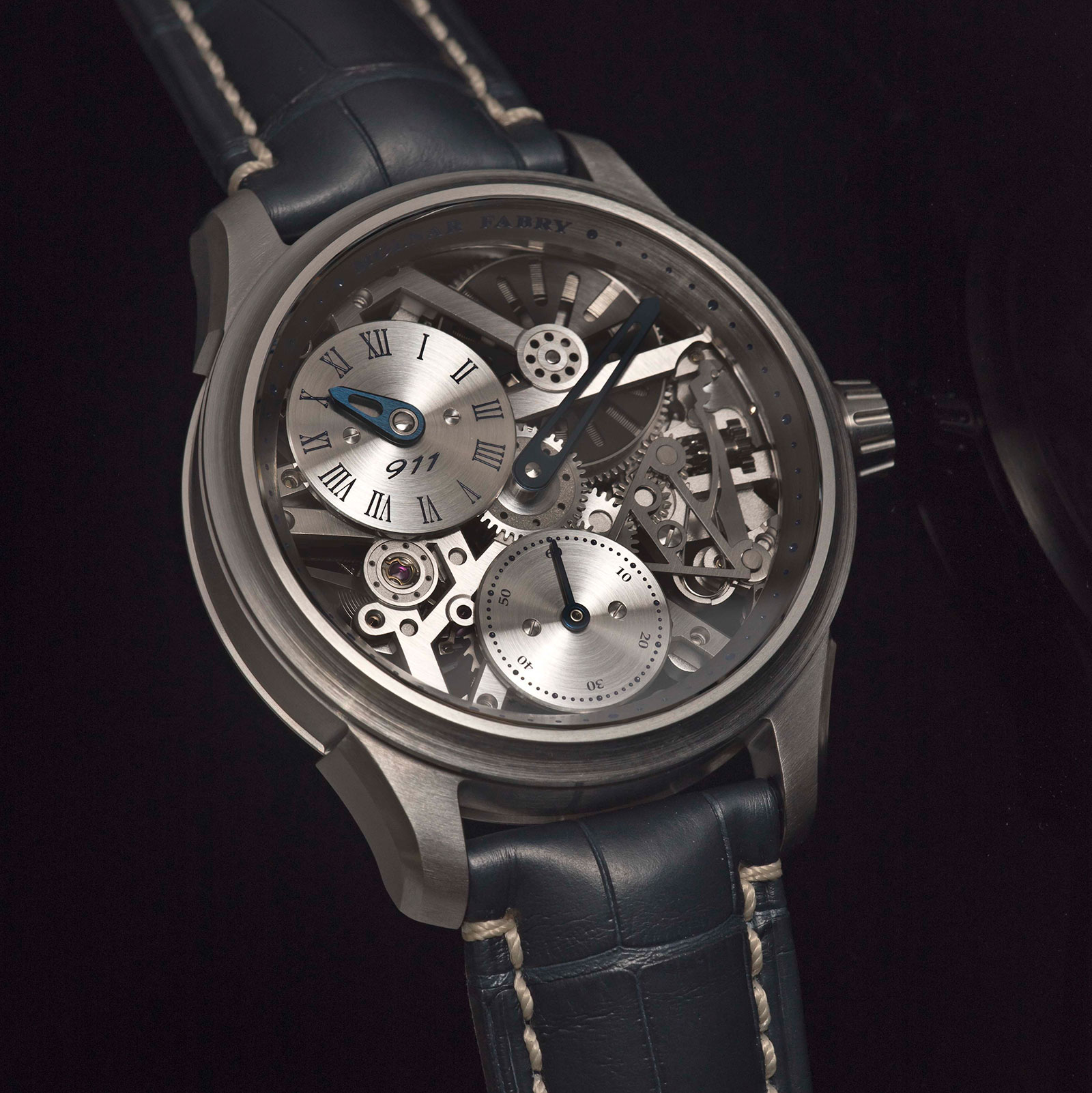 Slovakian watchmaking duo Molnar Fabry have just taken the covers off the Time Machine Regulator 911, a custom watch commissioned by the owner of the classic Porsche. Like many of their other watches – including last year’s White Lotus Split-Seconds – the Time Machine Regulator 911 is based on an existing movement, in this case a Unitas 6498, but elaborately modified and finished.

Founded by Michal Molnar and Igor Fabry, both of whom trained as jewellers, Molnar Fabry emphasises fine metalworking and finishing as a consequence of its founders’ backgrounds.

On the Time Machine Regulator 911 the time display has been converted into a regulator-style display, with the hours in a sub-dial at 10 o’clock, while the minute hand remains in the centre. Both sub-dials for the hours and seconds are made from pure silver. The movement has been skeletonised by hand, front and back, with the bridges and main plate cut down to leave just straight, geometric forms. The open-working is thorough and detailed, with even the barrel, keyless works and gears having been skeletonised or punched to suit the new aesthetic. Most of the components are either rhodium- or ruthenium-plated – even the balance wheel is ruthenium coated – while the screws have been blued. In fact, the only component still recognisable as stock from the original Unitas is the regulator index.

The case is titanium, 44mm in diameter, and made in-house by Molnar Fabry. The Time Machine Regulator 911 was a one-off creation priced at €14,900, though similar watches are available upon request.

Inside sits a 1930s rattrapante movement that's been open-worked, engraved and carefully decorated.

A three-quarter plate, gold chatons, blued steel screws for under US$5000.