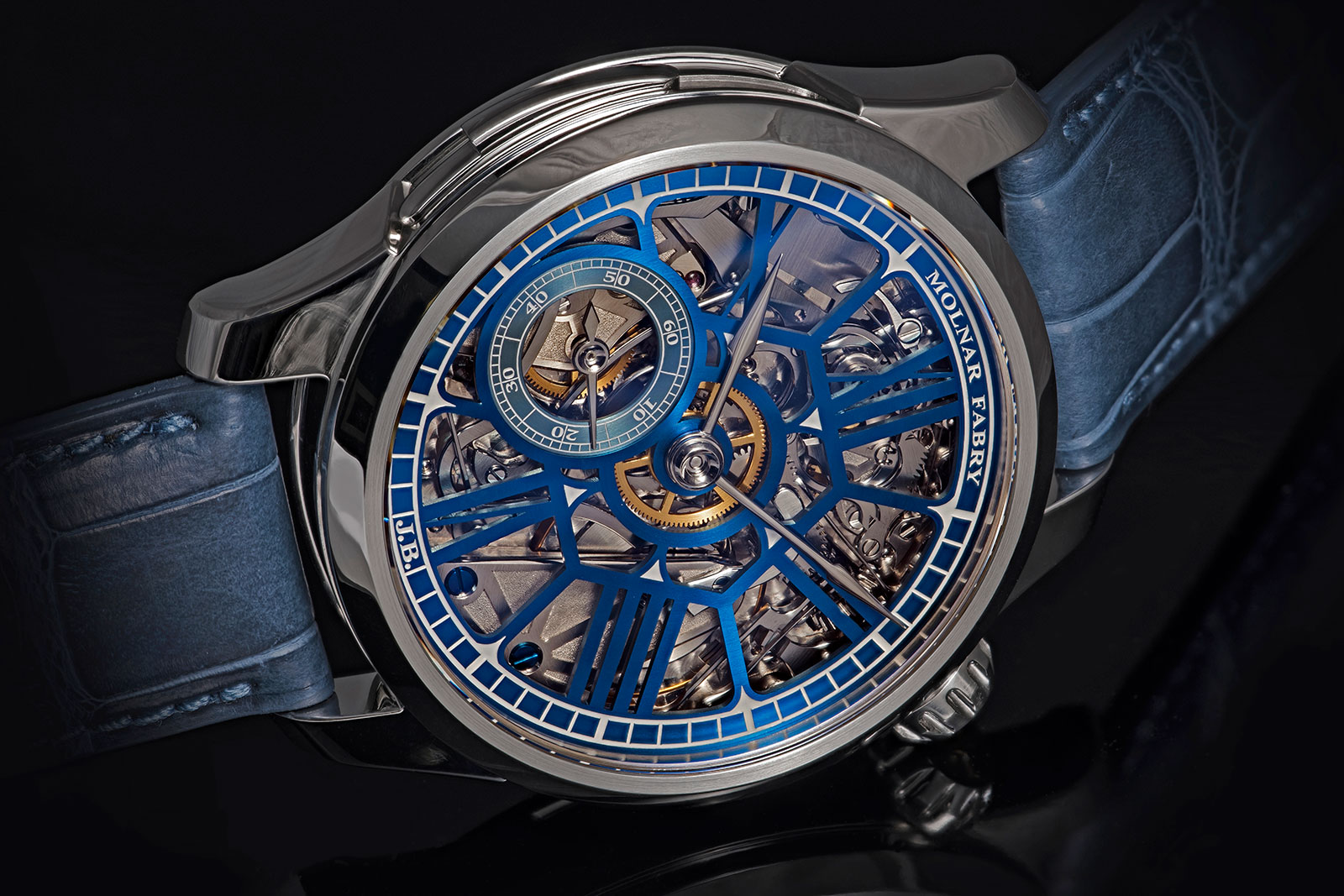 Founded by a duo who trained as jewellers, Molnar Fabry specialises in transforming old pocket watch movements and installing them in custom-made wristwatches. Based in Slovakia, Molnar Fabry recently completed its third minute-repeating wristwatch, the Royal Symphony Minute Repeater.

The Royal Symphony is powered by a movement from a 1910 pocket watch made by Haas Neveux & Cie., a Geneva-based watch brand known for its high-quality movements that active from the mid-19th century to the 1920s. In typical Molnar Fabry style, the movement was entirely reworked, not only to restore its mechanical function, but also entirely decorated to a high level that includes engraving on the bridges. 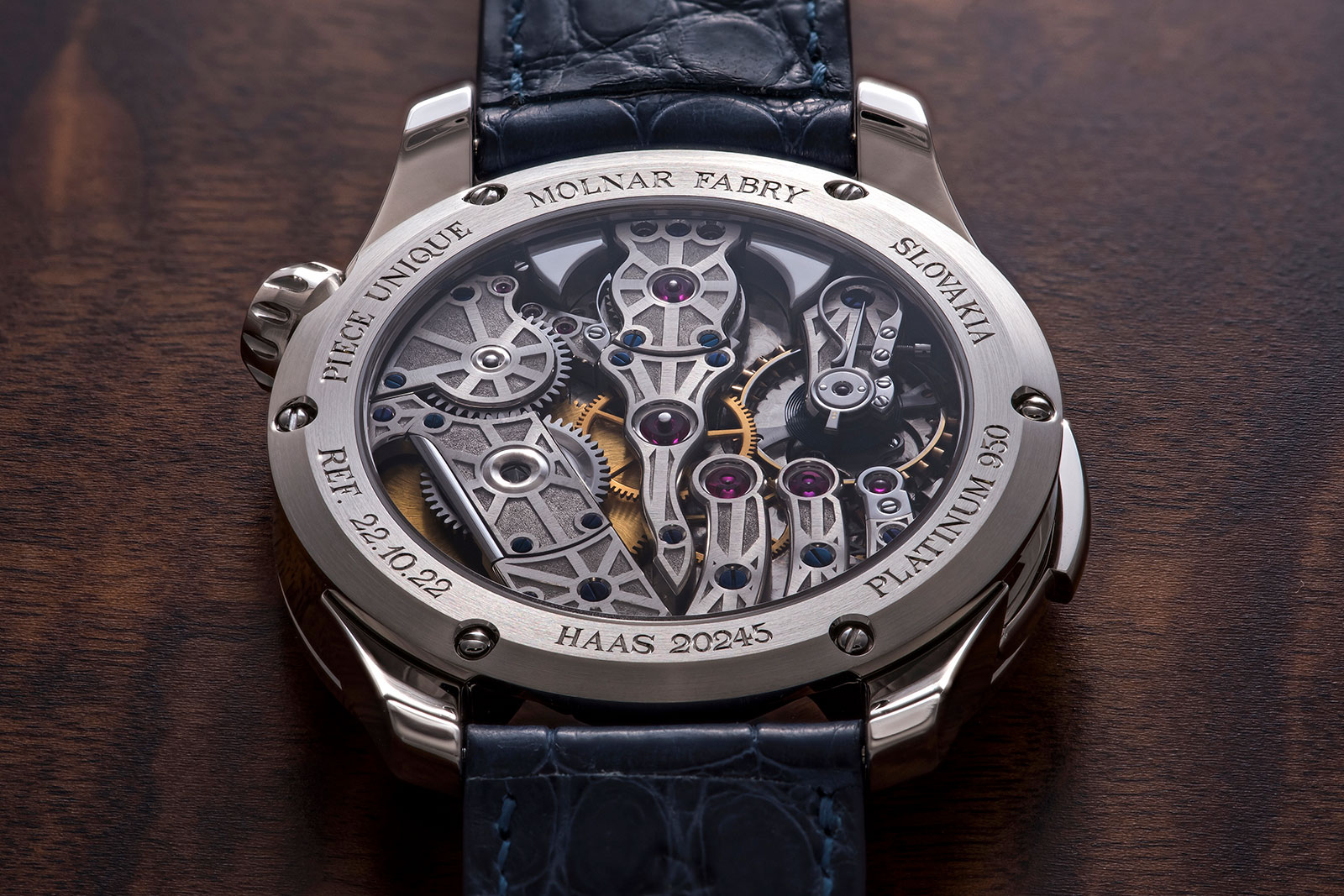 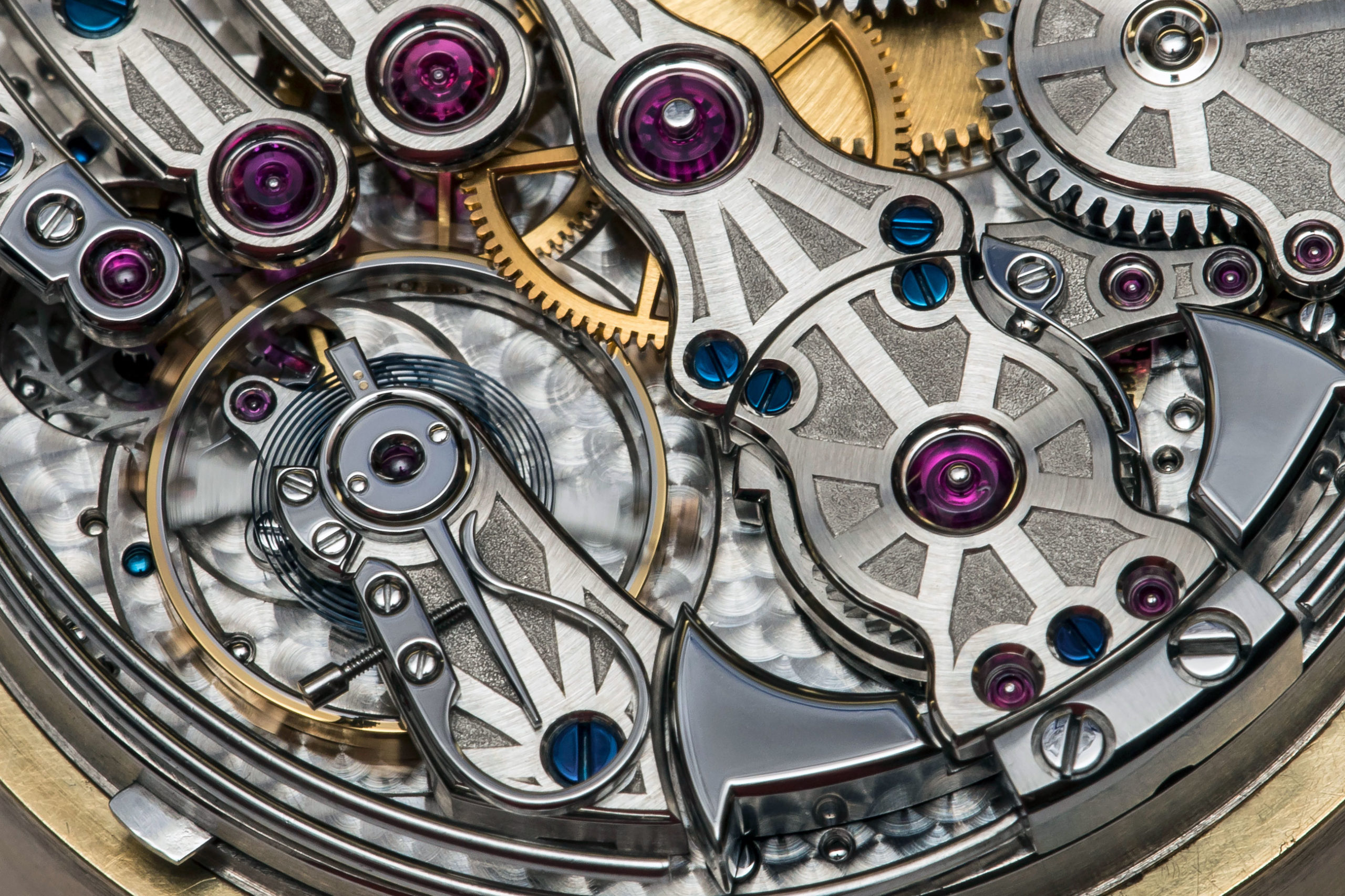 Each watch made by Molnar Fabry is unique and mostly made according to the client’s specifications since most are made to order. As a result, the brand’s house style covers a diverse aesthetic – it is certainly not for everyone – but the quality of work is always impressive.

Being jewellers, the brand’s founders apply the same artisanal, manual techniques used in producing jewellery to their watches. Even in photos the artisanal nature of the work is apparent, ranging from the movement decoration to the hand engraving on the case back. 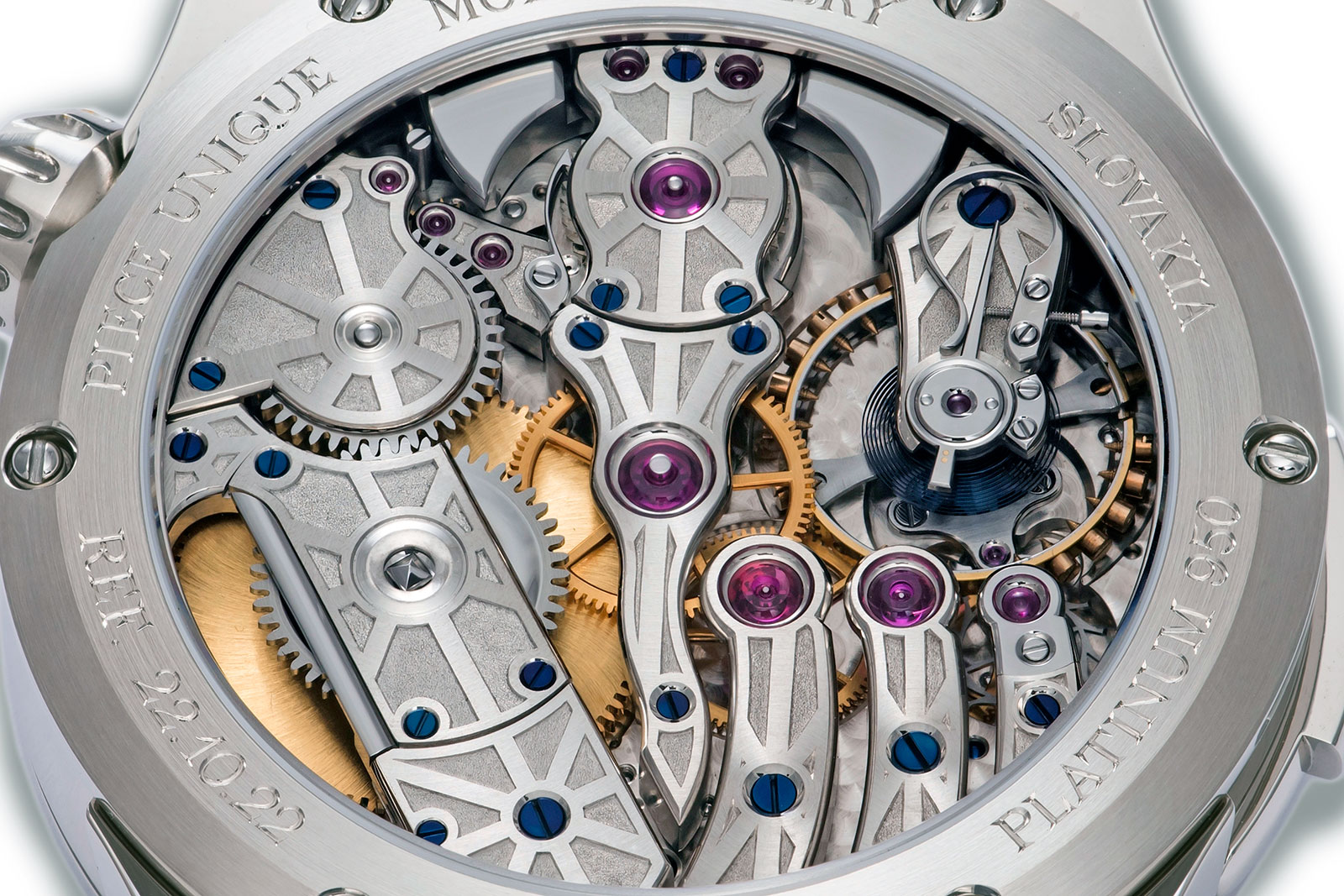 However, Molnar Fabry’s work on the movement is primarily decorative rather than mechanical. As a result, the Haas Neveux calibre still has a balance staff without shock protection. That’s like a non-issue in a watch like the Royal Symphony, but certain mechanical upgrades would be welcome.

As with most of Molnar Fabry’s watches, the Royal Symphony is a big watch. Its dimensions are similar to that of an oversized sports chronograph. Such size is inescapable when repurposing pocket watch movements for wristwatches, but it will still be a drawback for some. 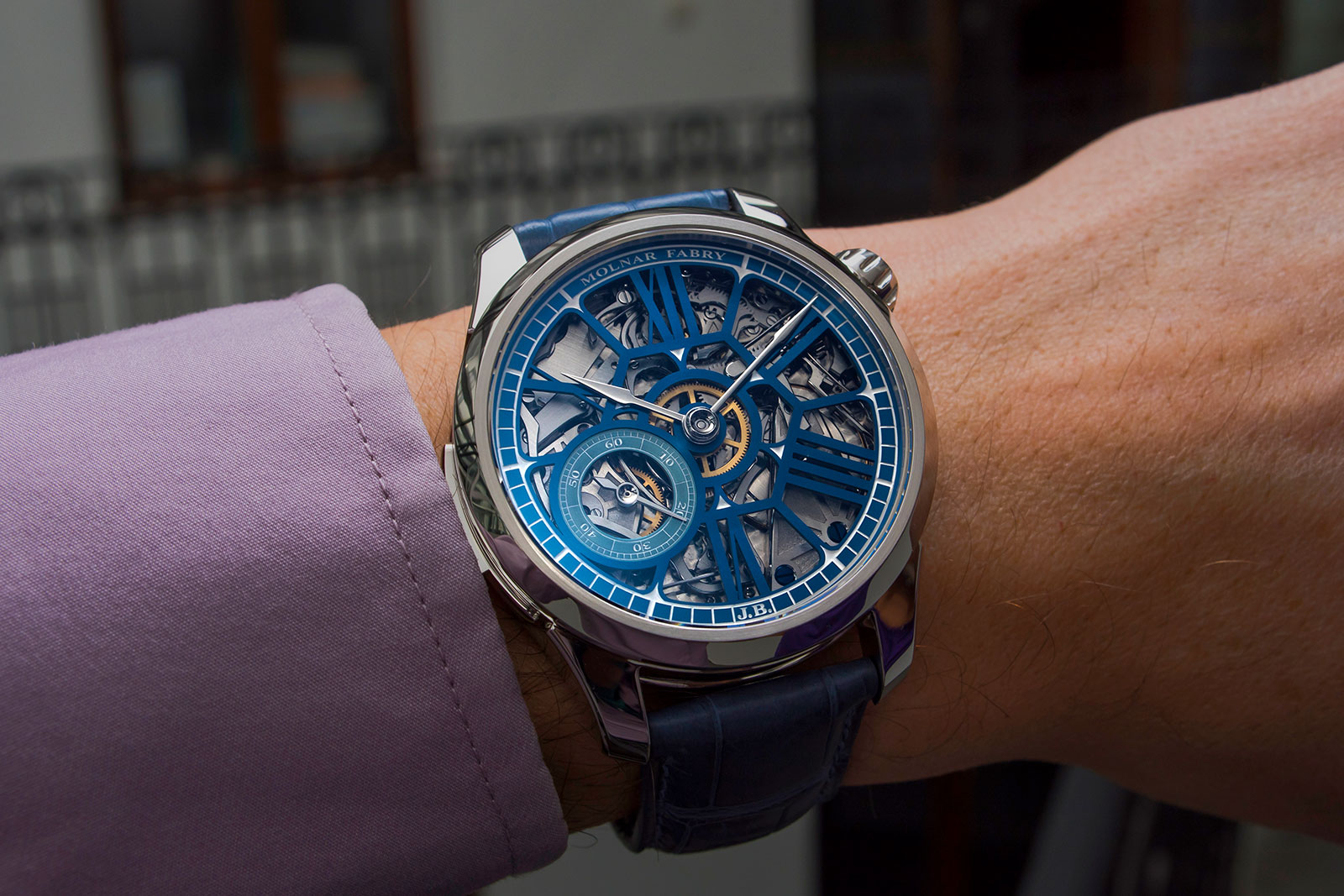 According to Molnar Fabry, the Royal Symphony took ten months to complete. The work begins with restoring the movement and then refinishing all its components by hand.

The work done on the movement is extensive, even encompassing the under-dial components that are partially visible through the open-worked dial.

The steel parts of the striking mechanism, for instance, have straight graining on their top surfaces and polished bevels all along the edges. And the bridges have been engraved with a pattern that is made up of frosted recesses with raised, brushed geometric borders. 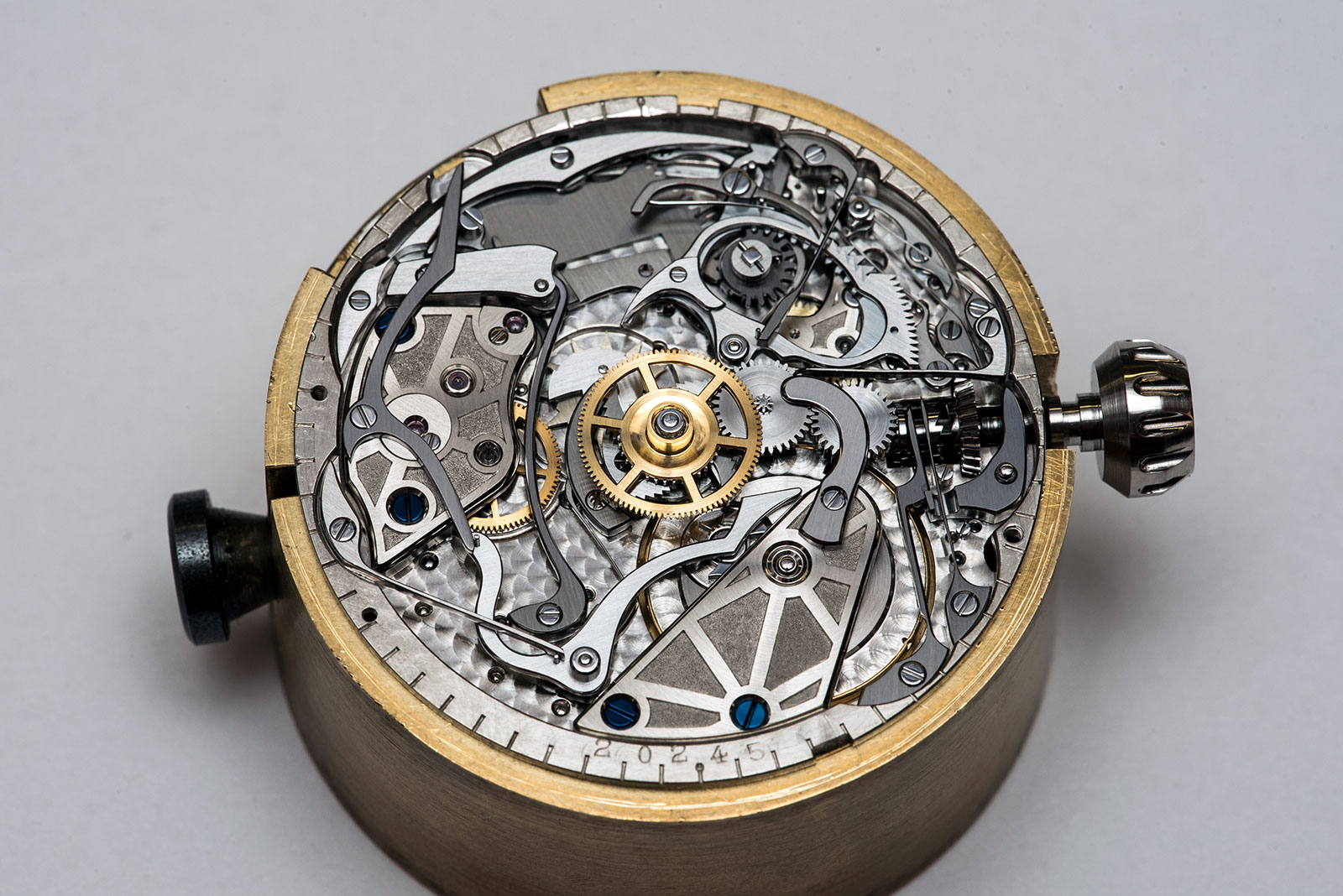 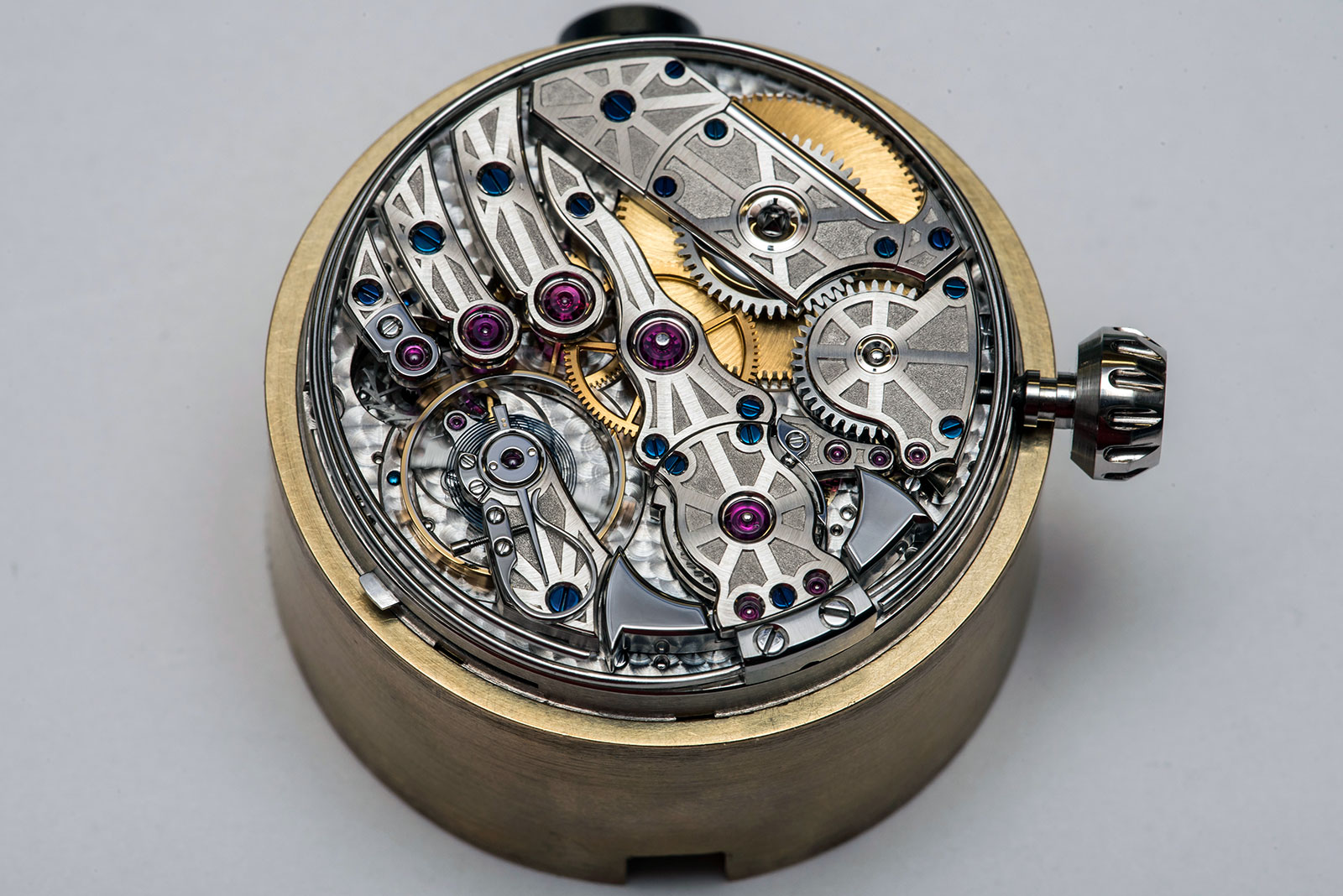 The bridges are hand engraved and then palladium plated

Visually the Royal Symphony echoes the brand’s first minute repeater that was made in 2018, with an open dial revealing much of the striking mechanism below. Made of heat-blued titanium, the dial is skeletonised with Roman numerals incorporated into the structure. The skeletonisation is of course done by hand, with a saw and file.

Because the Haas Neveux movement within is a Lépine calibre – the seconds and crown are on the same vertical axis – the seconds register takes unusual eight o’clock position. And opposite that is the crown at two o’clock. 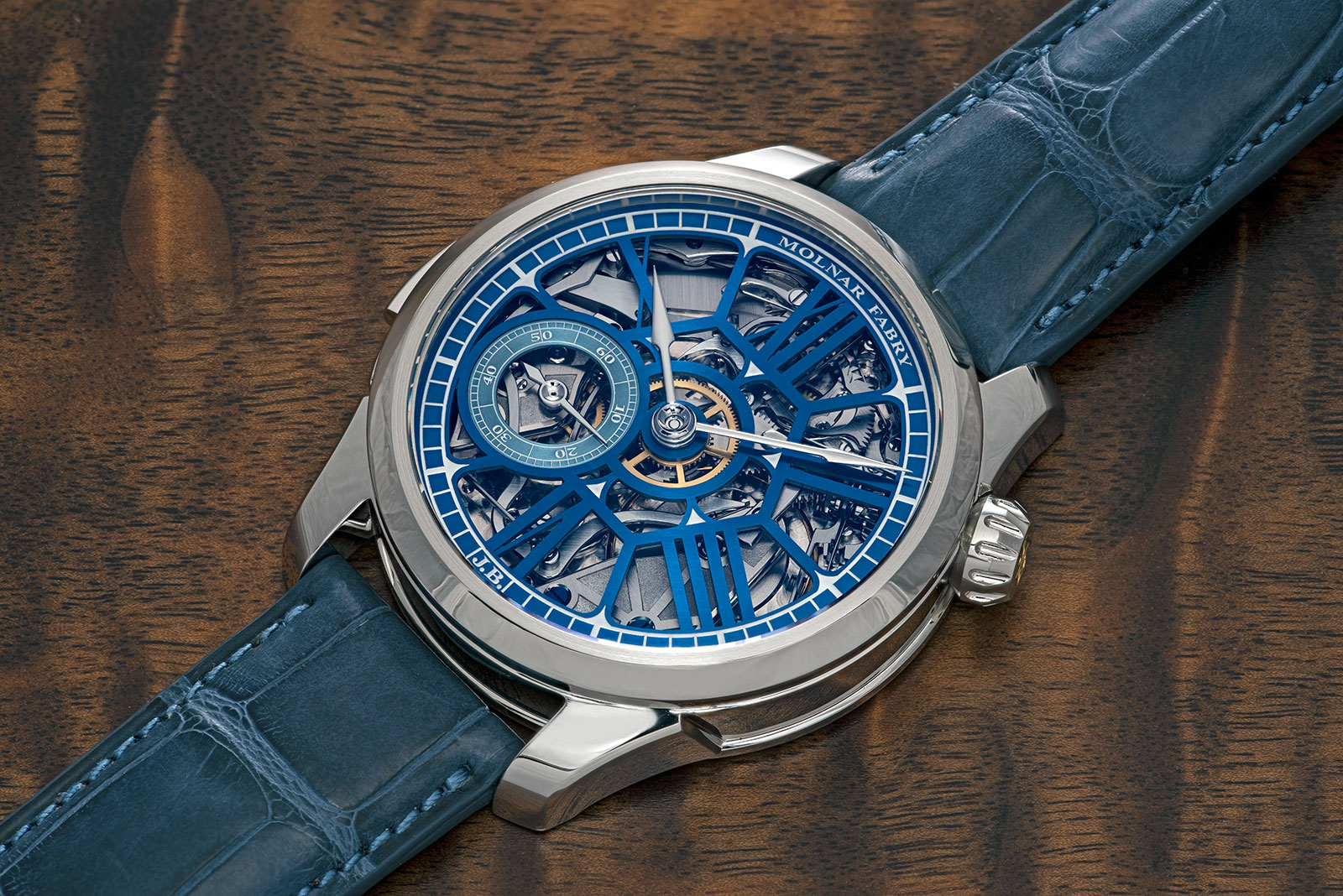 Made entirely by Molnar Fabry, the case is platinum and measures 44.5 mm by 13.3 mm. Notably, it is accompanied by a one-off folding clasp made specifically for this watch. 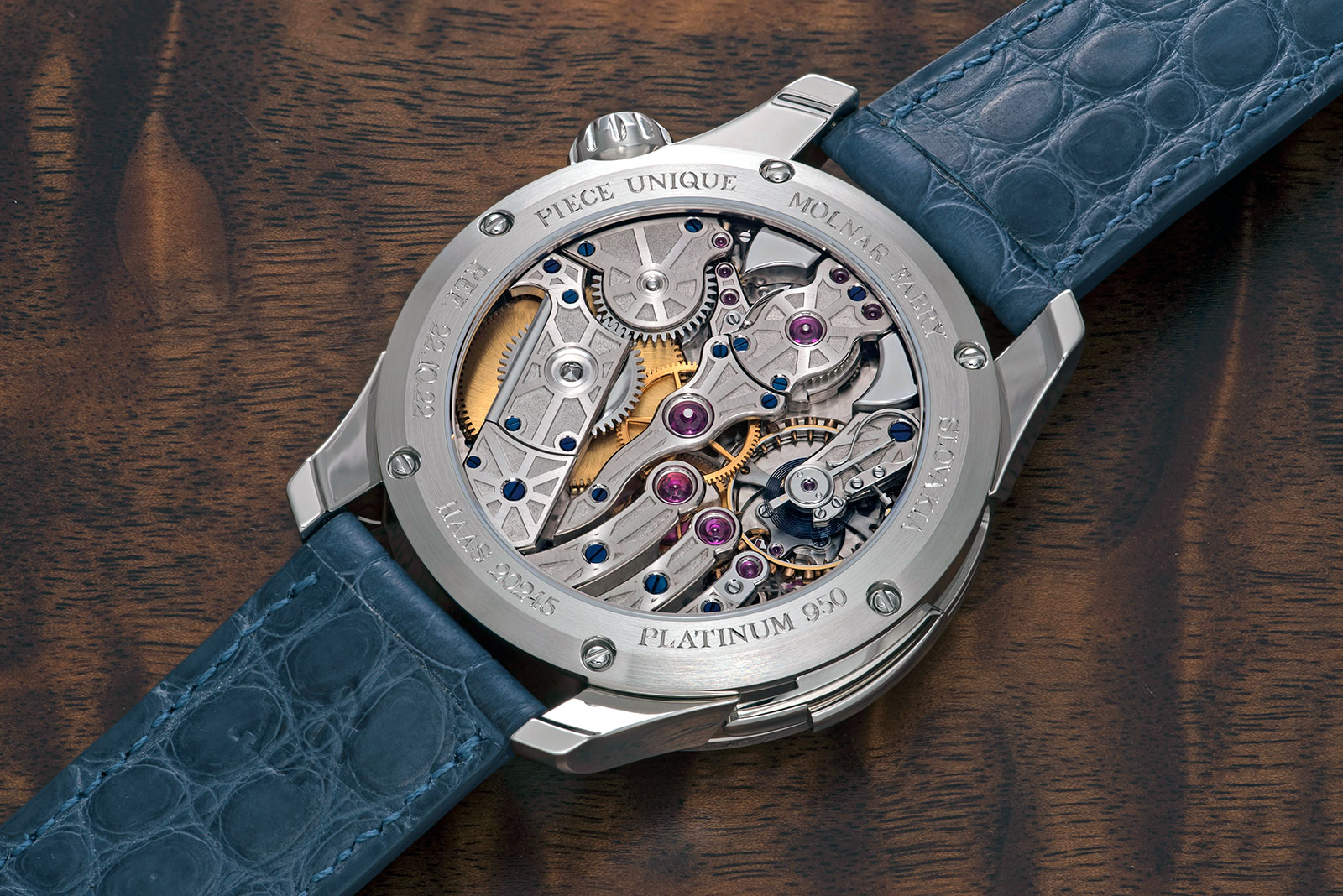 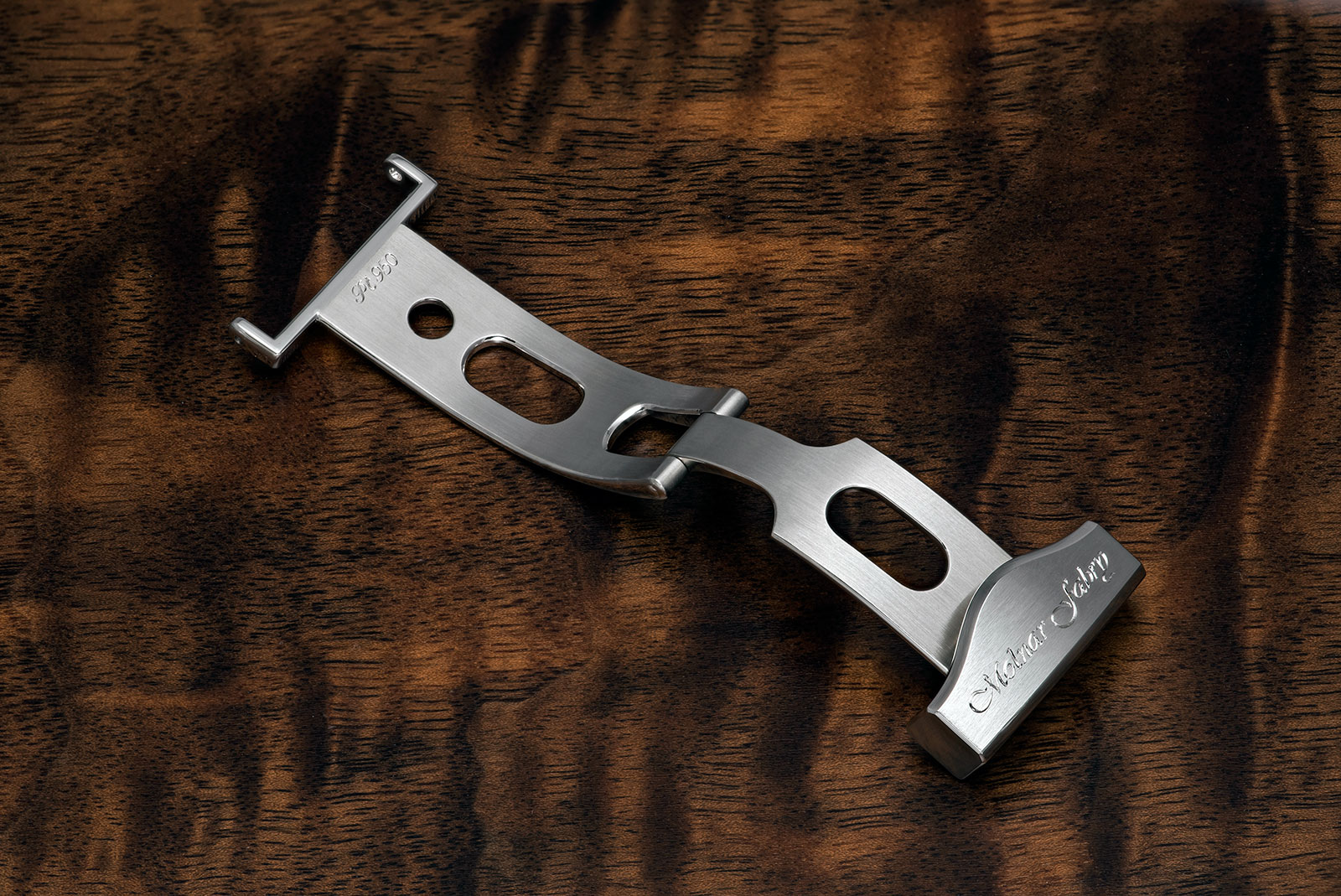 Limited edition: Unique piece made upon commission
Availability: Similar watches are available upon request
Price: Unavailable, but comparable work by Molnar Fabry was priced in the region of €180,000