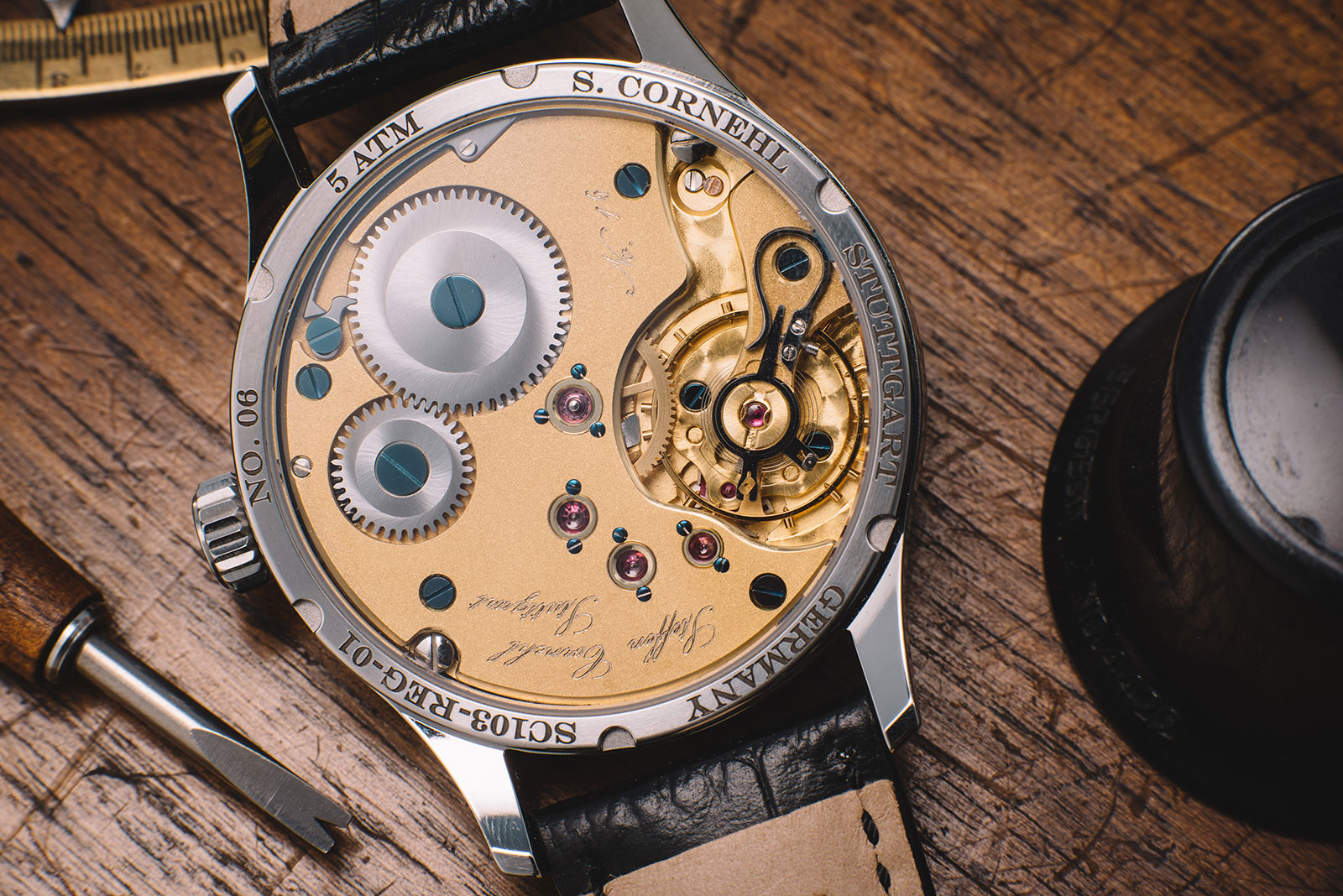 Located in Stuttgart, Steffen Cornehl is a watchmaker specialising in restoration, having been part of the team that worked on the timekeepers inside the Peterhof Palace museum in St Petersburg in the early 2000s.

For several years now the 42-year old has been producing his own watches, all inspired by historical precision timekeepers like military deck watches and powered by Unitas movements he modifies himself. While his watches are all affordable, the top of the line model is the Regulator SC1. Though based on a Unitas 6498, the movement has been significantly reworked aesthetically, with the bridges being replaced by a single three-quarter plate in the German (though historically English) style.

Both plates have a gilt frosted finish, and both the ratchet wheels are finished with solarisation, while the screws are blued and jewels sit in gold chatons, giving it a traditional look. Other details have also been modified, including the winding click that has been replaced with an elongated spring. And of course the time display has been customised regulator-style, separating the hours and minutes into individual axes. Notably, the sub-dial for the seconds at six has been enlarged, being inspired by antique precision timepieces.

Fitted with sapphire crystals on both sides, the steel case is plain and typical of Unitas-powered watches in this price range, measuring 42mm in diameter and 10.2mm high. The watch is also available in 18k gold.

Cornehl offers simple customisation on his website, including the style of bezel and crown, though more thorough personalisation is available on request. The Regulator SC1 is priced at €4100 before taxes and is available direct from Cornehl Watches.