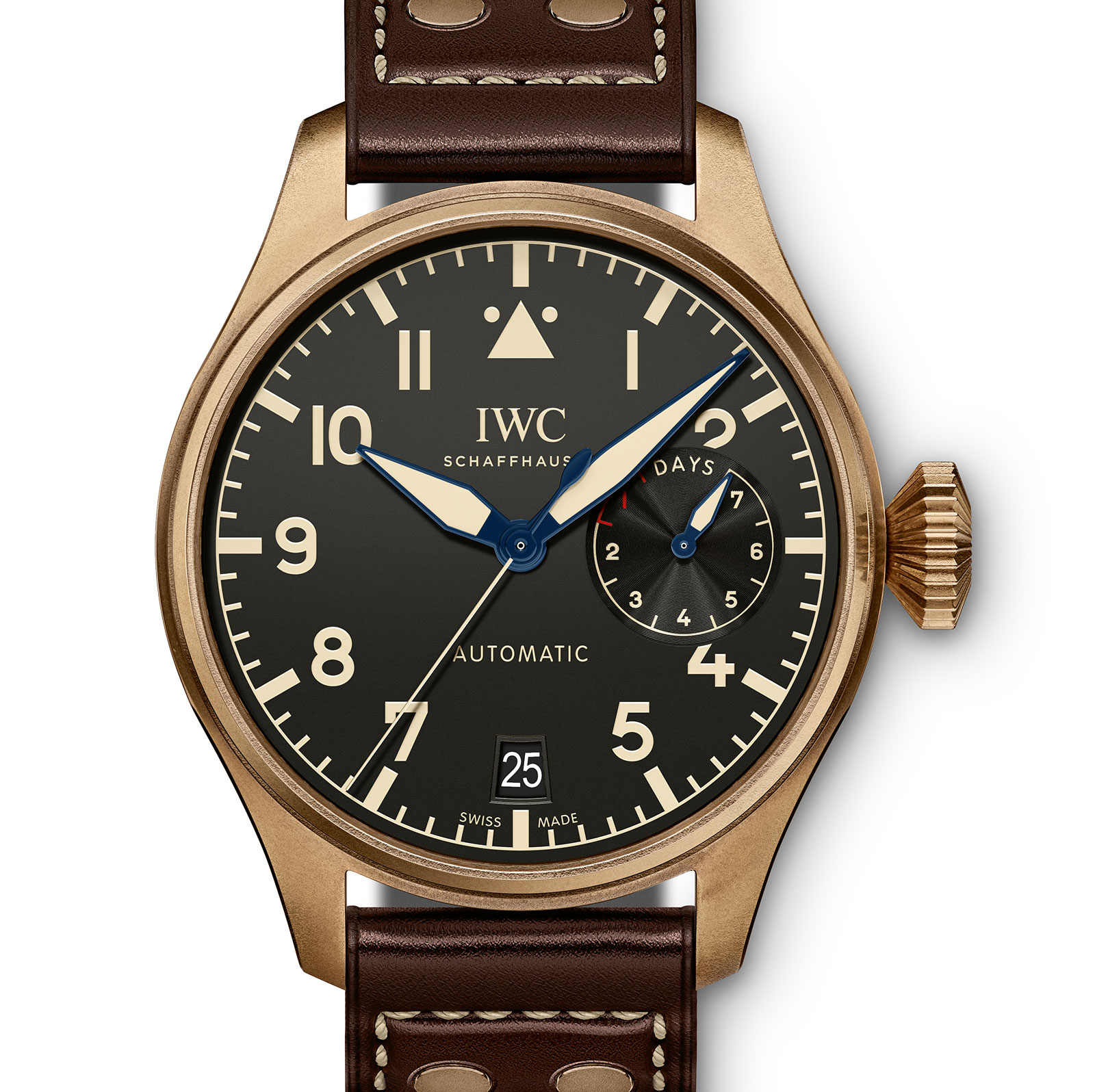 Last year IWC did a complete overhaul of its range of Pilot’s watches with over a dozen new models from small to large, three-hander to perpetual calendar. But as IWC is wont to do, it has just announced a handful of new aviator’s watches, including a Big Pilot’s Watch Heritage in bronze (ref. IW501005).

Despite the influx of bronze cases in recent times, having the trademark IWC pilot’s watch now available in this patina-prone alloy is still something that’s distinct and desirable.

The watch has a case measuring 46.2mm, with a dial also retro-inflected with cream-coloured Super-Luminova for the markers and hands. Notably, the hands are blued steel, as they were on the original, Second World War Beobachtungsuhr (navigator’s watch) IWC made for the German airforce. Together, the blue hands and faux-vintage lume explain the Heritage moniker. 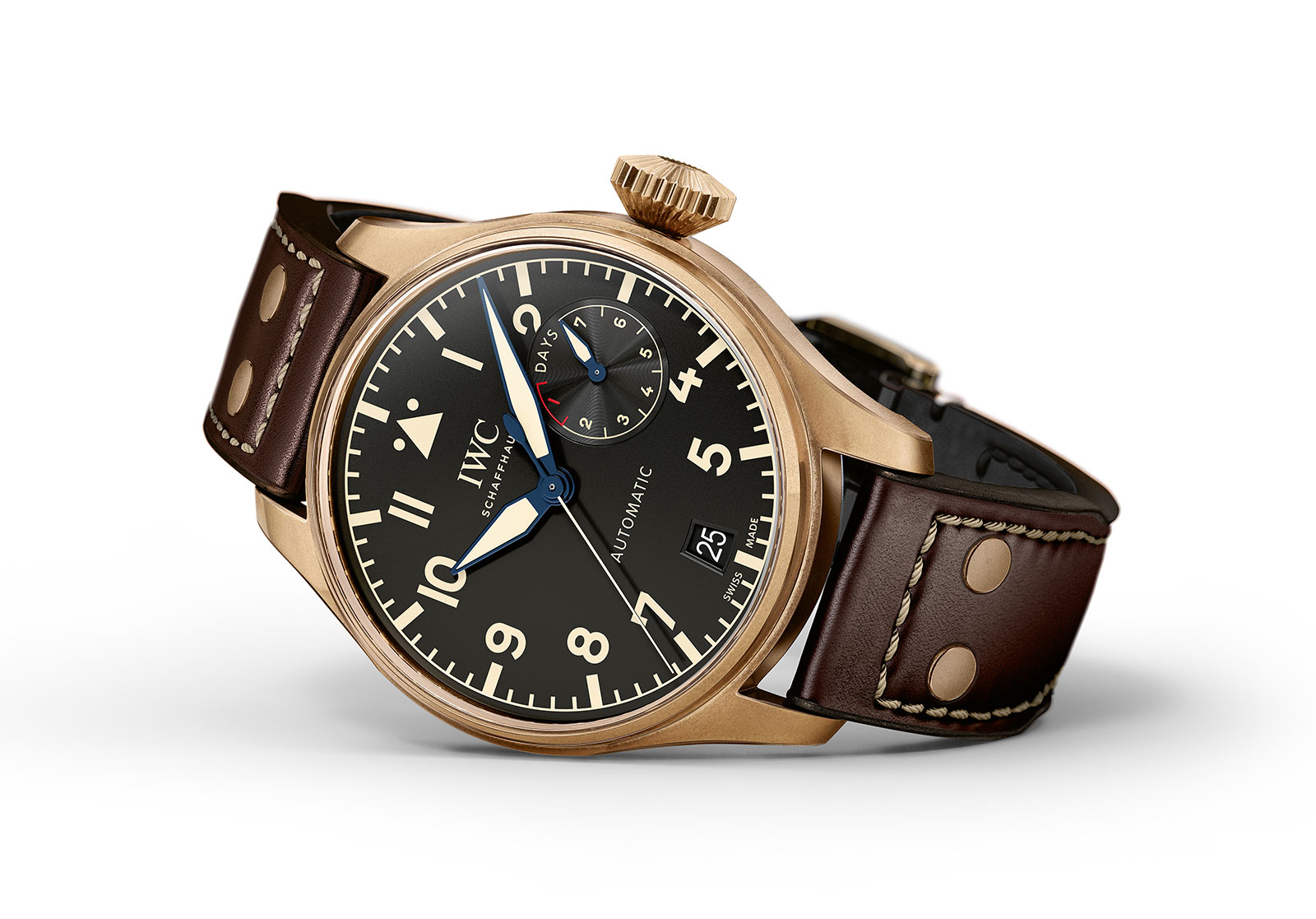 Like the stock Big Pilot’s Watch, the bronze version is powered by the cal. 52110, an automatic with a seven-day power reserve and IWC’s patented Pellaton winding mechanism. The case has a titanium back (bronze can cause a skin rash), as well as a soft iron inner cage to protect the movement form magnetism. 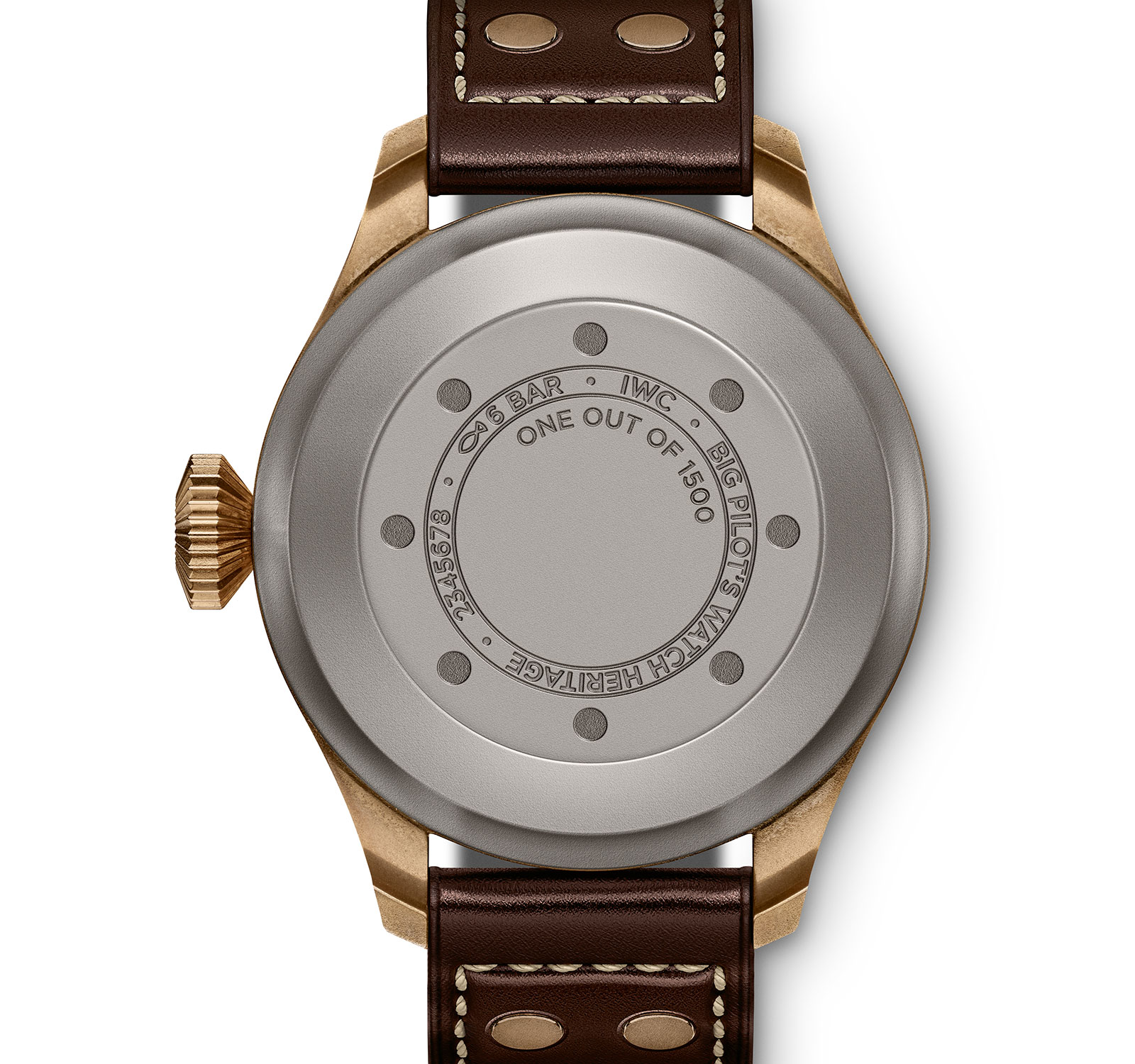 The bronze Big Pilot is limited to 1500 pieces.

Titanium is an eminently sensible case material for the Big Pilot’s Watch, the watch being large and titanium, lightweight. It took a while for IWC to unveil a Big Pilot in the alloy, but finally it has. 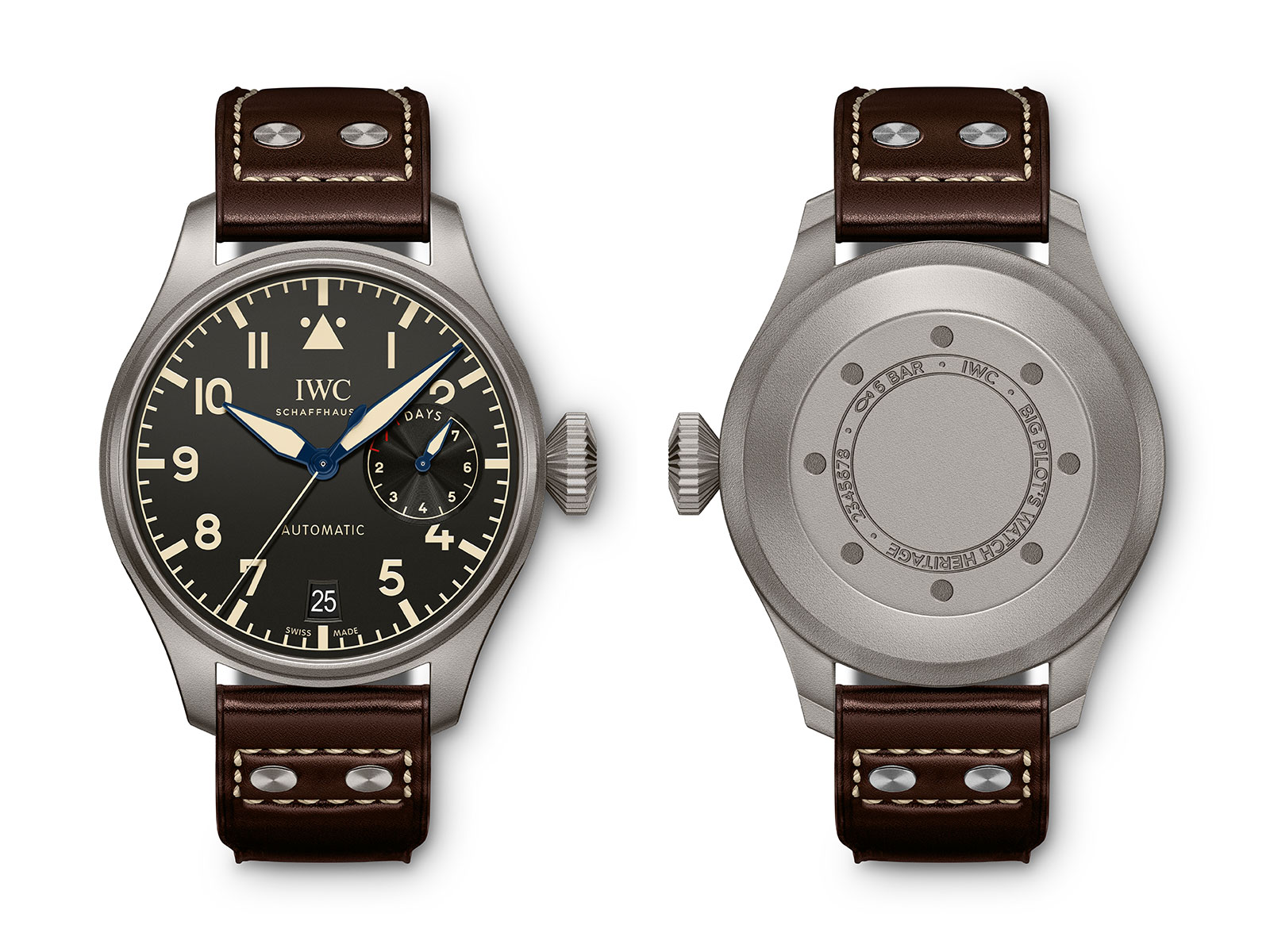 The Big Pilot’s Watch Heritage in titanium (ref. IW501004) has the exact same “Heritage” dial with cream Super-Luminova and blue steel hands, except the case is titanium. It’s shares the same specs – 46.2mm case and the seven-day, cal. 52110 inside. Unlike the bronze version, the titanium model is part of the regular collection. 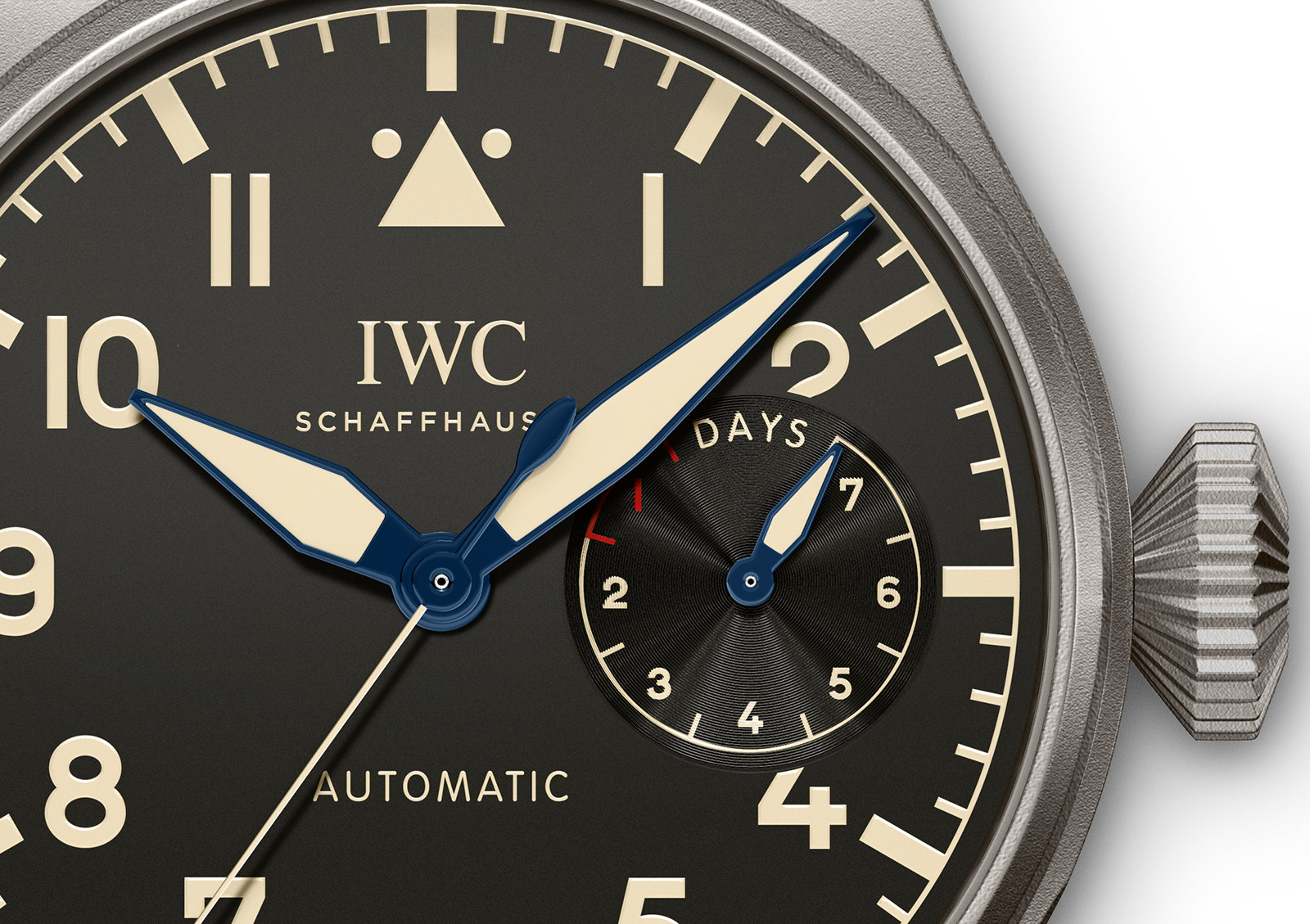 Both the Big Pilot’s Watch Heritage in titanium or bronze are both priced at US$13,200, and will be available from November 2017 at IWC retailers and boutiques.

Affordable and close to the original, with a bonus date function.

Introduced at SIHH 2016, the Mark XVIII is most affordable watch in the Pilot's Watch line-up from IWC, the newest instalment in a long line of bestselling, time-only aviator's watches. 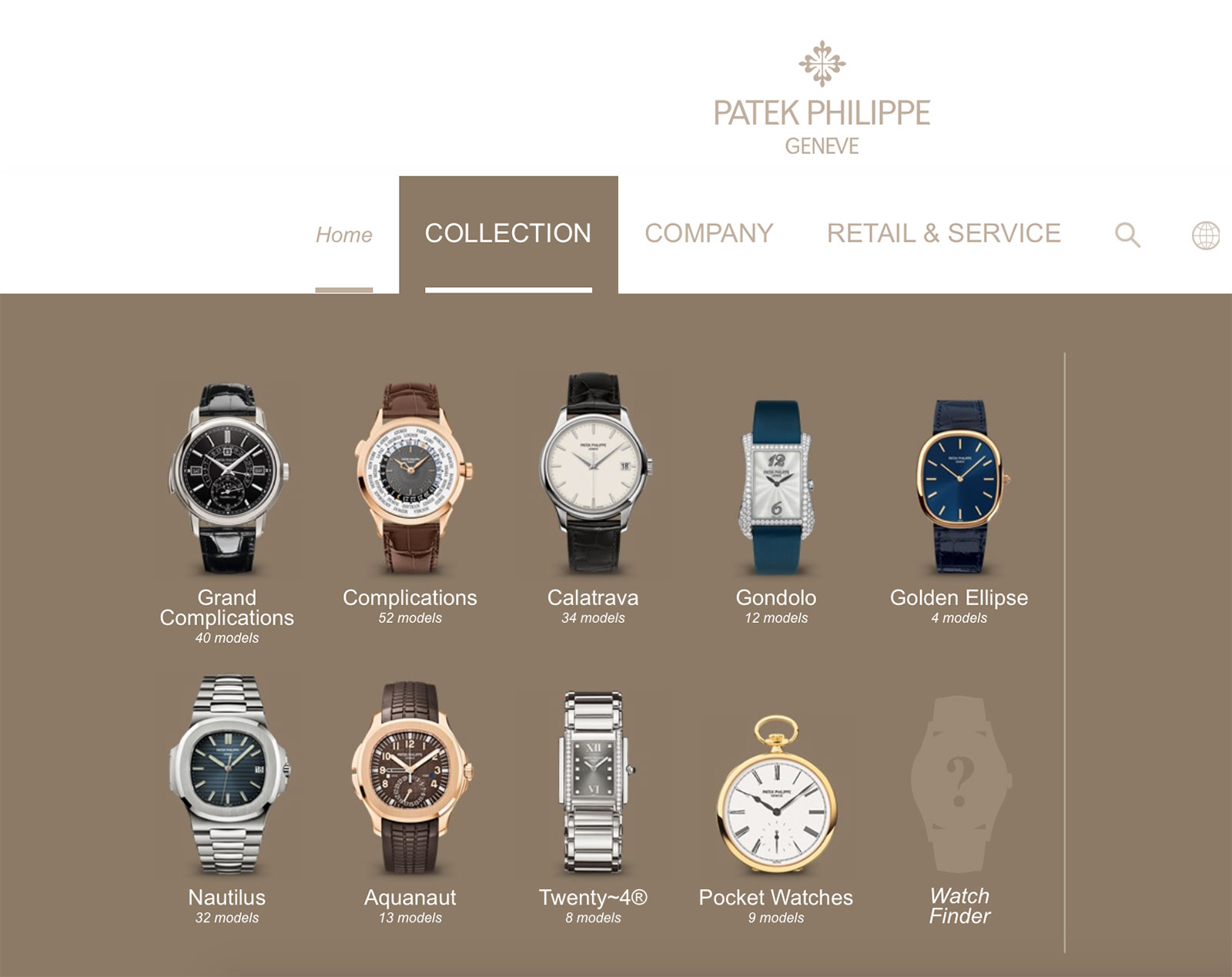 Venerable Geneva watchmaker Patek Philippe was one of the first pioneering watchmakers to set up a website, way back in what feels like a time when dinosaurs roamed, but was actually 1997. Widely regarded as the most prestigious brand while being the third or fourth largest Swiss watchmaker by revenue, Patek Philippe has since taken a more laid-back approach to its digital strategy.

Now 20 years old, Patek.com gets its first revamp since 2012. The new website is fully feature, easy to navigate, and most crucially, indicates official retail prices. 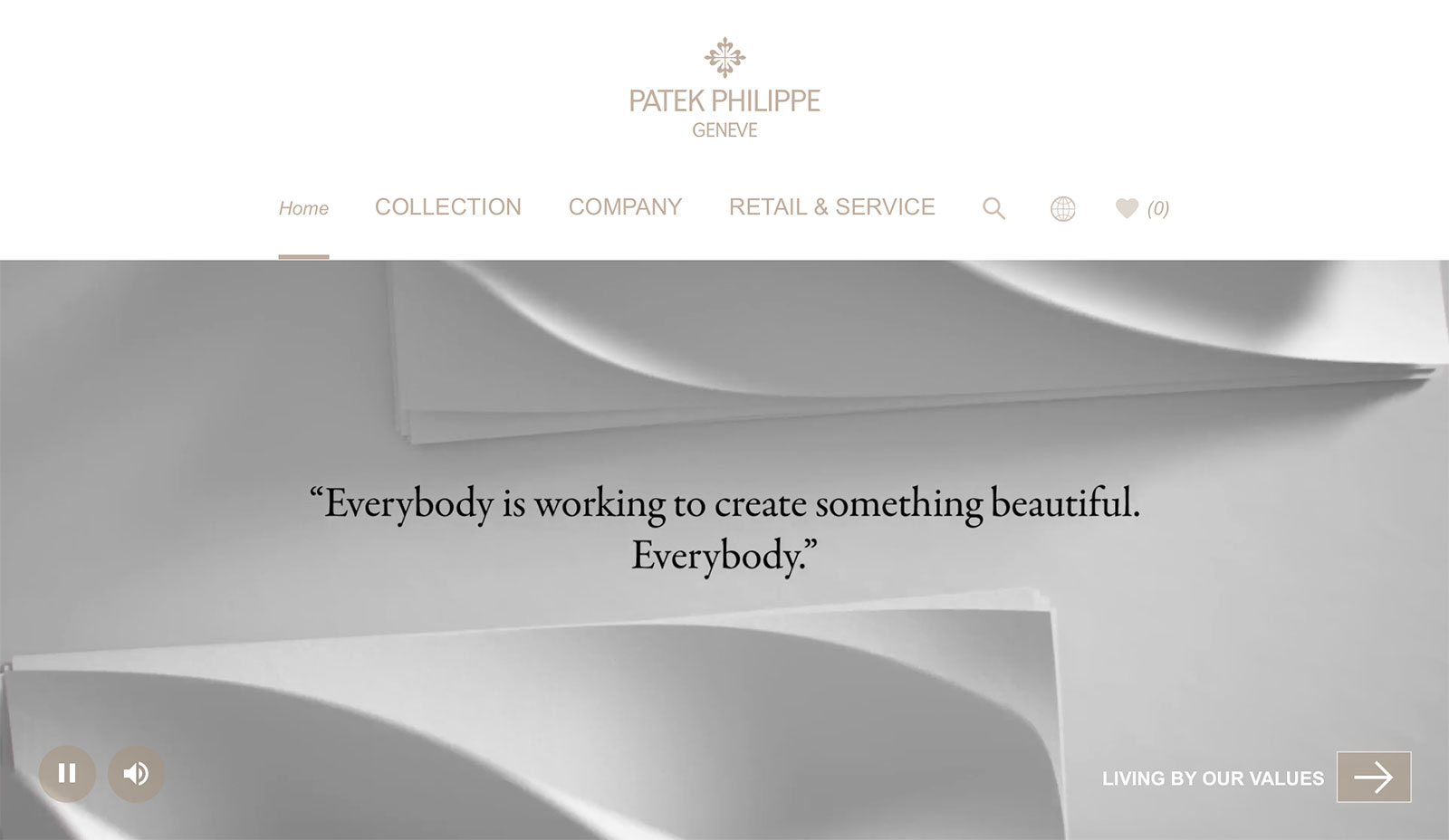 Even the web developers.

The new Patek.com opens with a lively video while offering the same general structure and ease of navigation, especially when exploring the Patek Philippe line-up. The majority of the collection is detailed online, except for limited and special editions watches.

And like many other prominent watchmakers, prices are shown online, albeit only in Swiss francs including taxes. A handful of “Grand Complication” watches, however, have prices “on request”.

The new site puts Patek Philippe on par with its peers, which have mostly jumped on the internet bandwagon with steely and well-funded determination. Even Rolex, the most conservative of watchmakers, got on Instagram in late 2016 and garnered 5.8m followers since. And IWC and Cartier, along with several of their sister brands in Richemont, also sell selected watches online.