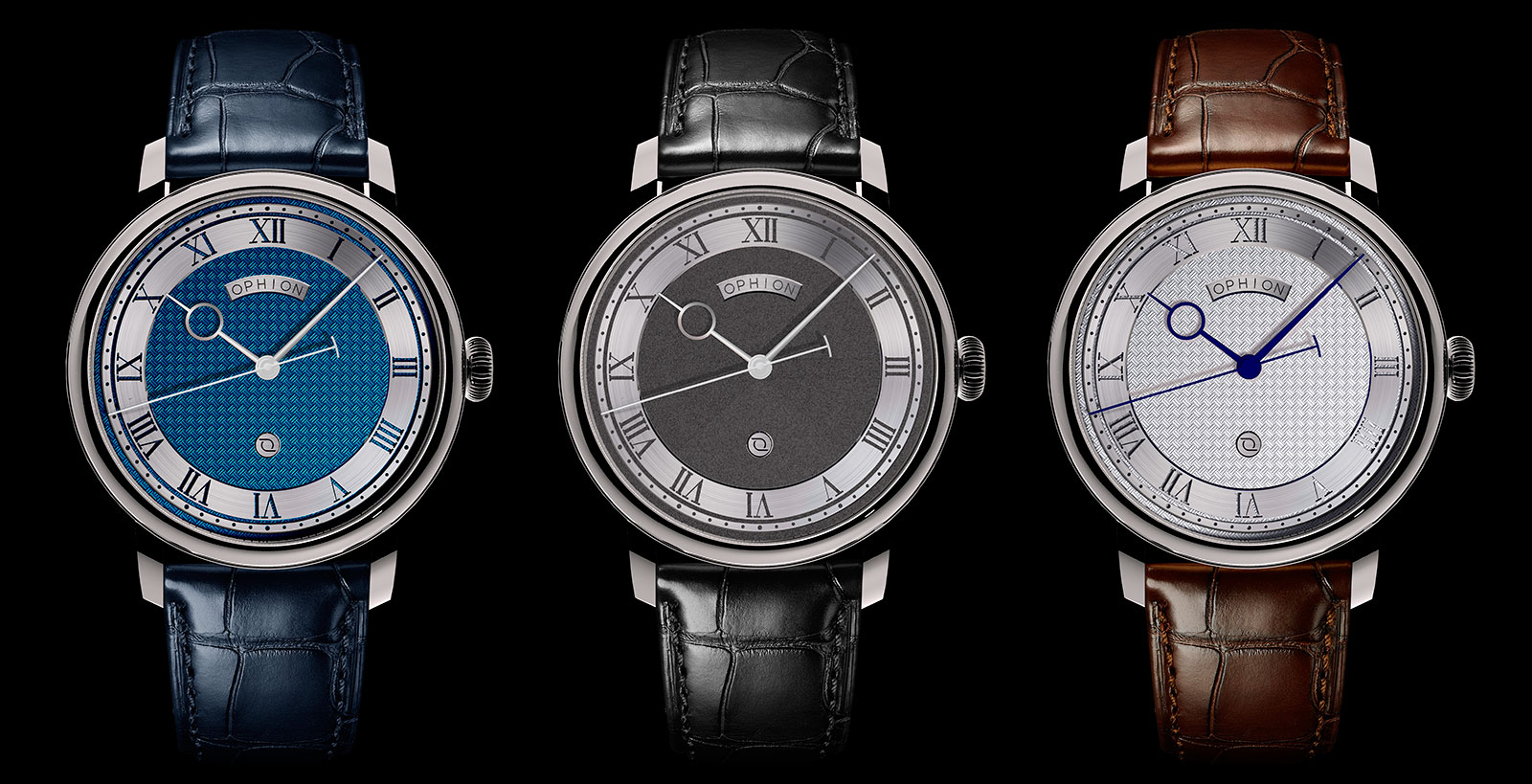 A small Spanish outfit that introduced its first wristwatch last year, Ophion has just announced its second model. The OPH 786 takes its cues from the pocket watches made by Abraham-Louis Breguet, inside and out. Admirably effort went into refining the details of the watch, while keeping it affordable.

The dial has an crosshatch engine-turning that is engraved (albeit with a CNC machine), instead of the stamped guilloche that is typical for watches of this price point. Both the chapter rings for the hour and minute markers are applied, with the Roman numerals as cut-outs, exposing the guilloche below. Inside is the TT-2W, a hand-wound calibre with twin barrels and a five-day power reserve. It’s the same calibre that was used inside Ophion’s earlier model, but significantly modified to adopt the style of a 18th century movement. The bridges have been reshaped to resemble those in pocket watches, with a hammered, granular finish on their surfaces to mimic the frosting of antique movements. Notably, the producer of the calibre, Technotime, went out of business recently and its assets were acquired by Soprod, a larger movement manufacturer that’s part of the Festina Group. So while the first 40 examples of the OPH 786 will have a Technotime-branded movement inside, made up of Ophion’s existing stock, subsequent production will be Soprod-powered.