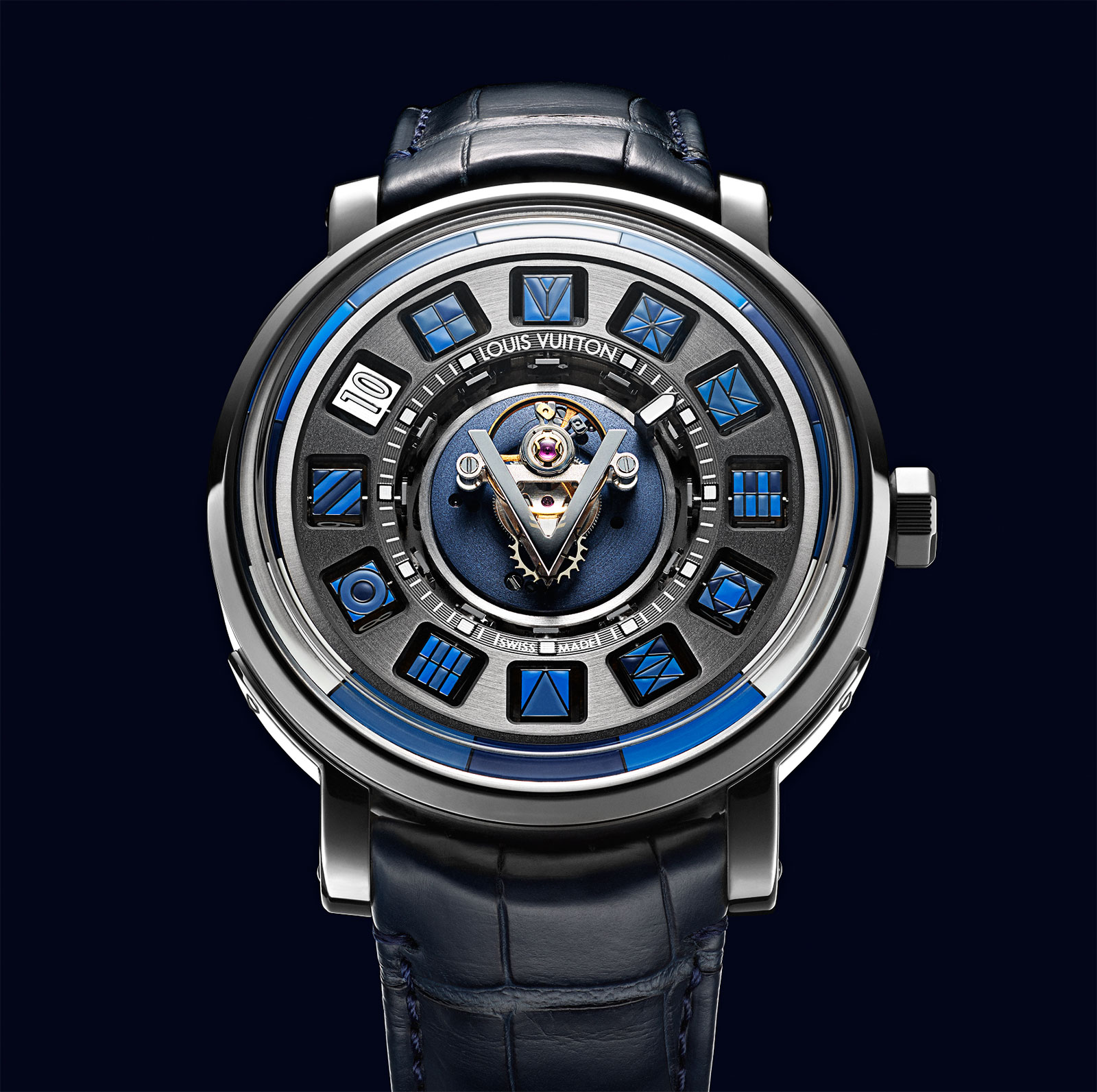 Louis Vuitton doesn’t exhibit at Baselworld but nonetheless is announcing several new watches ahead of the trade fair: a trio of Escale complications with muted dark blue dials and bi-metal cases in titanium and precious metals.

The top of the line is the Escale Spin Time Tourbillon Central Blue (pictured above), featuring a newly developed, automatic movement. Right in the middle of the dial is a flying tourbillon with a V-shaped carriage (and an unattractive Etachron regulator), surrounded by 12 cubes that tell the time – the brand’s signature Spin Time complication. 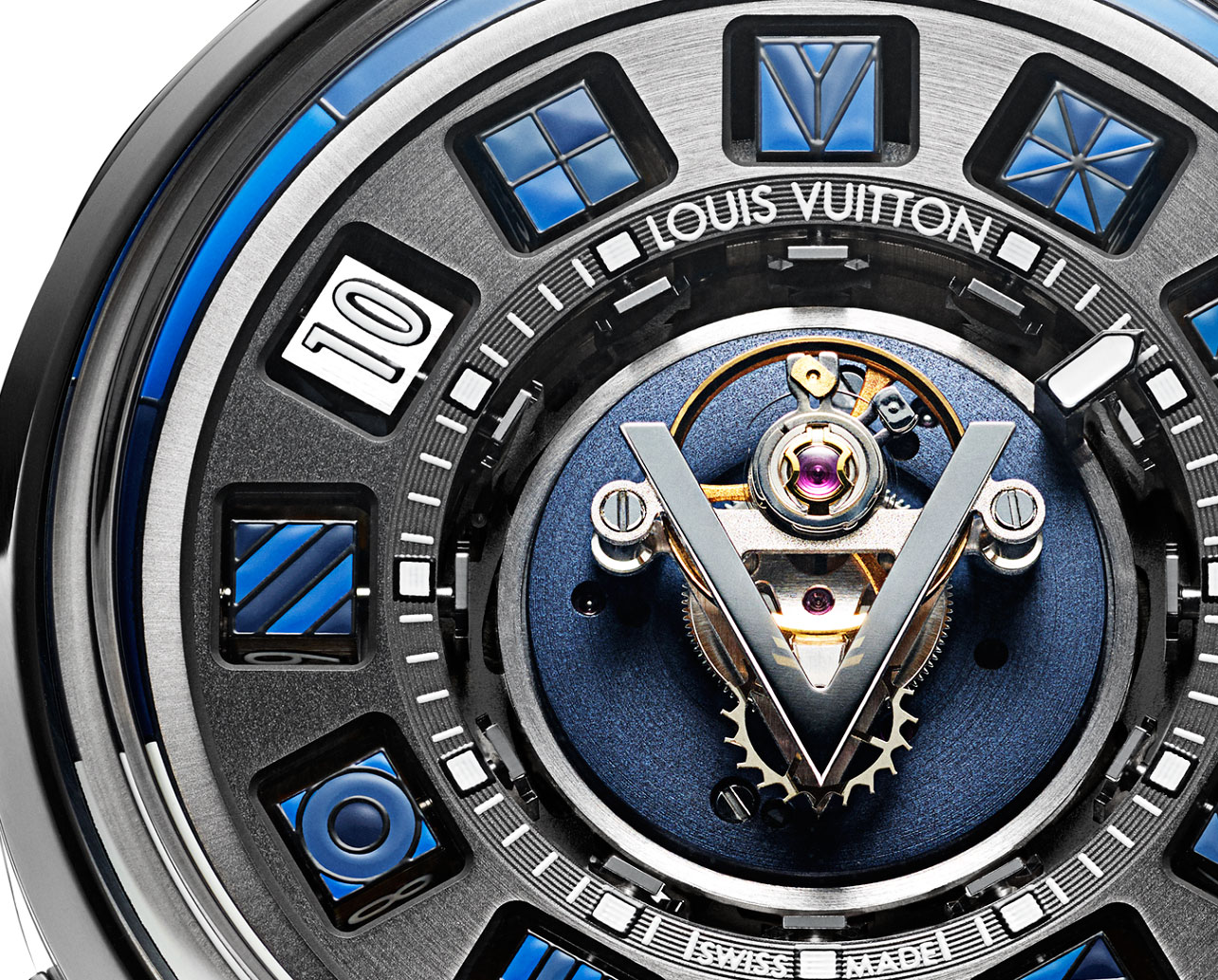 The current hour is indicated by the white-faced cube displaying the hour numeral. At the top of the hour the next cube rotates to show the hour, while the previous cube turns face down to show a blue side decorated with a nautical flag motif. Minutes are indicated traditionally with a white minute hand.

Like most other complicated movements found in Louis Vuitton watches, the LV 92 inside was developed by La Fabrique du Temps, the Geneva-based movement specialist acquired by the trunk maker in 2012. 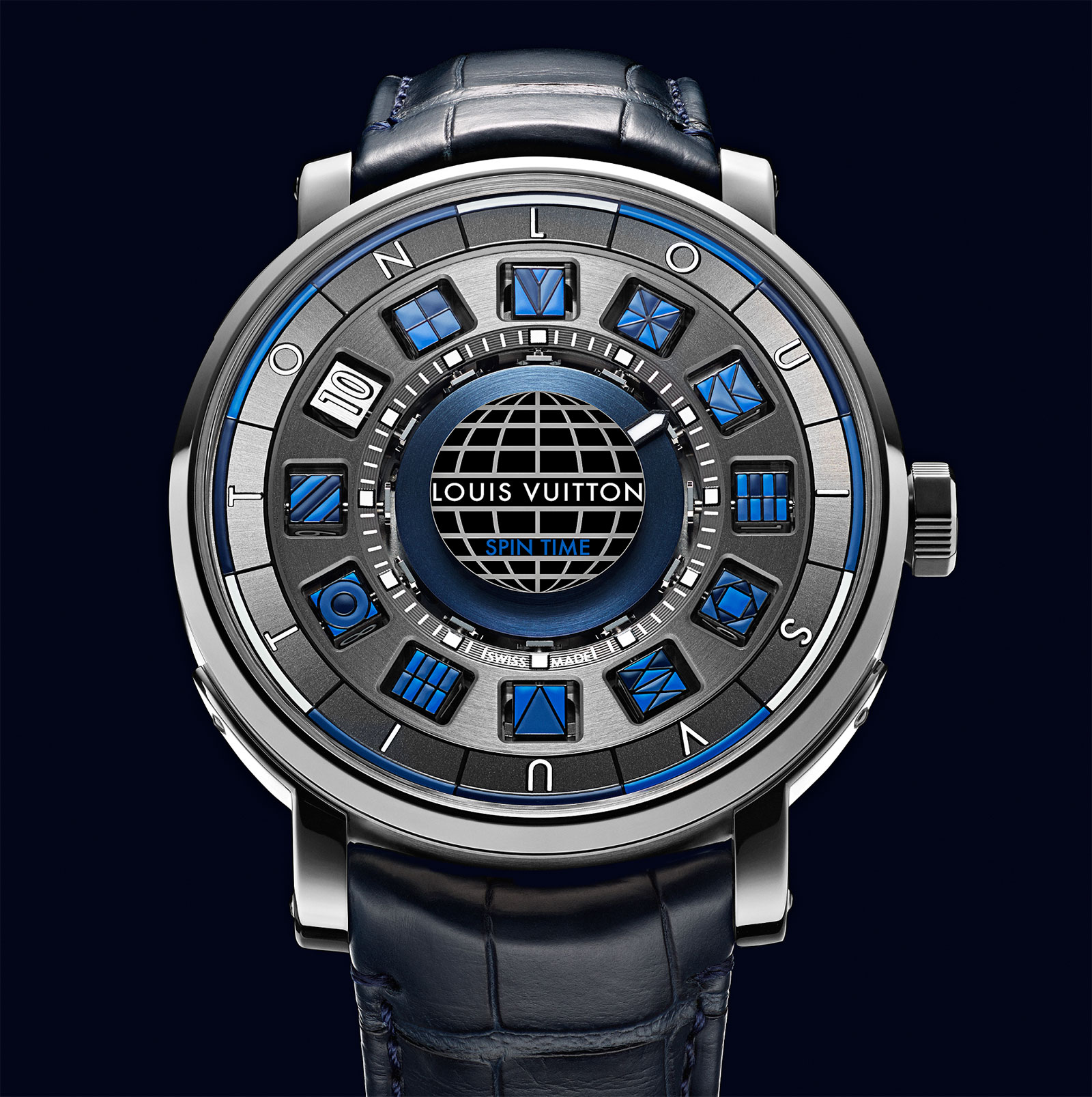 Unveiled in 2014, the Escale Worldtime is easily Louis Vuitton’s most distinctive complicated watch. Originally a limited edition in white gold with a grey dial, the Escale Worldtime Blue is now part of the regular collection (which must be disappointing to those who purchased the original).

The new blue edition is largely identical to the first version: the world time function is set entirely via the crown, with a pair of discs to indicate hours and minutes. All of the city abbreviations and nautical flags are painted by hand, using a microscope and fine-tipped  brush.

The LV106 movement is automatic, with a 38-hour power reserve. 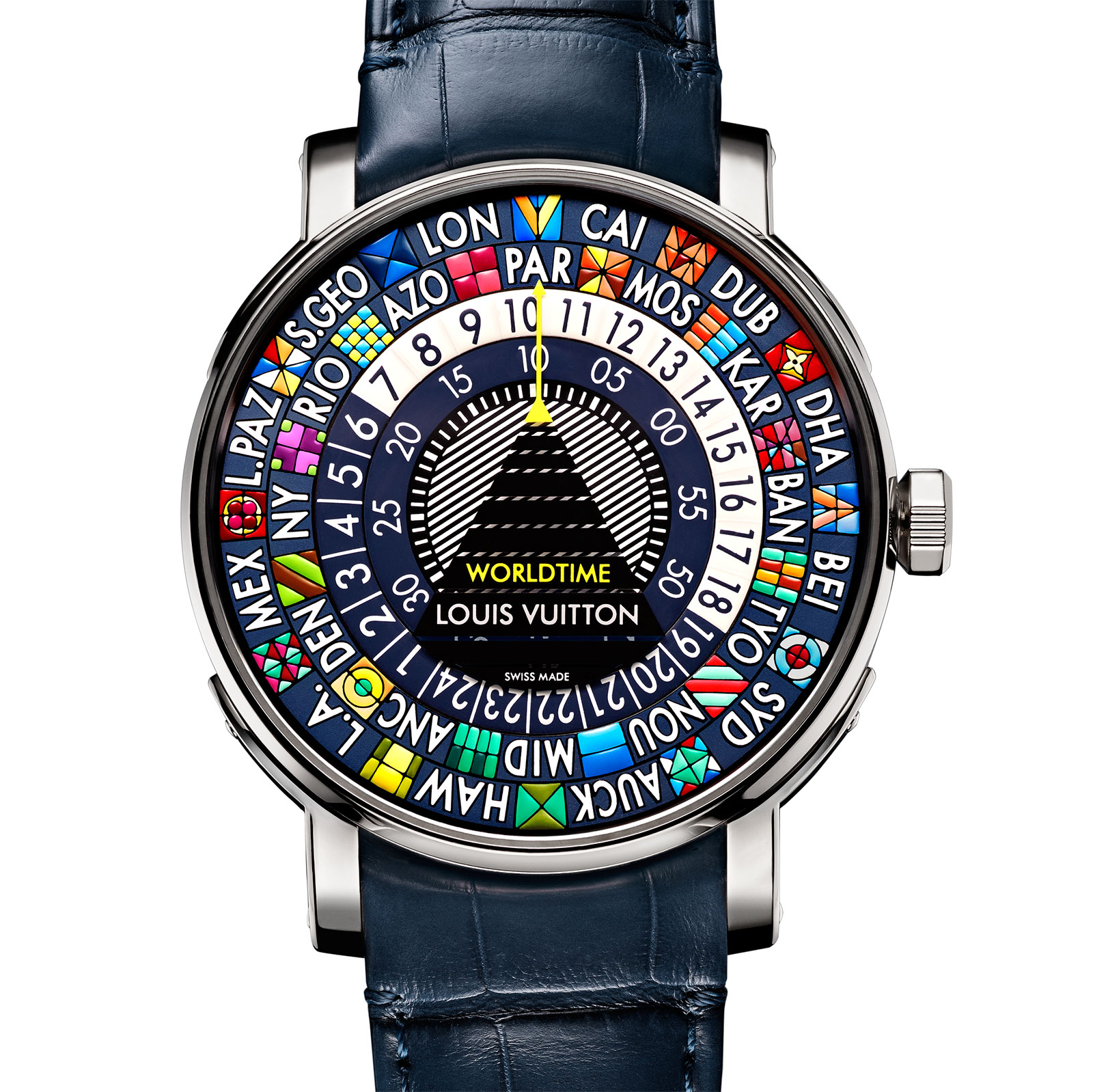 Like the other models in the range, the case middle is titanium, while the bezel, lugs and crown are 18k white gold. This carries a price tag of US$49,000 or S$76,000, the same as the first version of the watch.