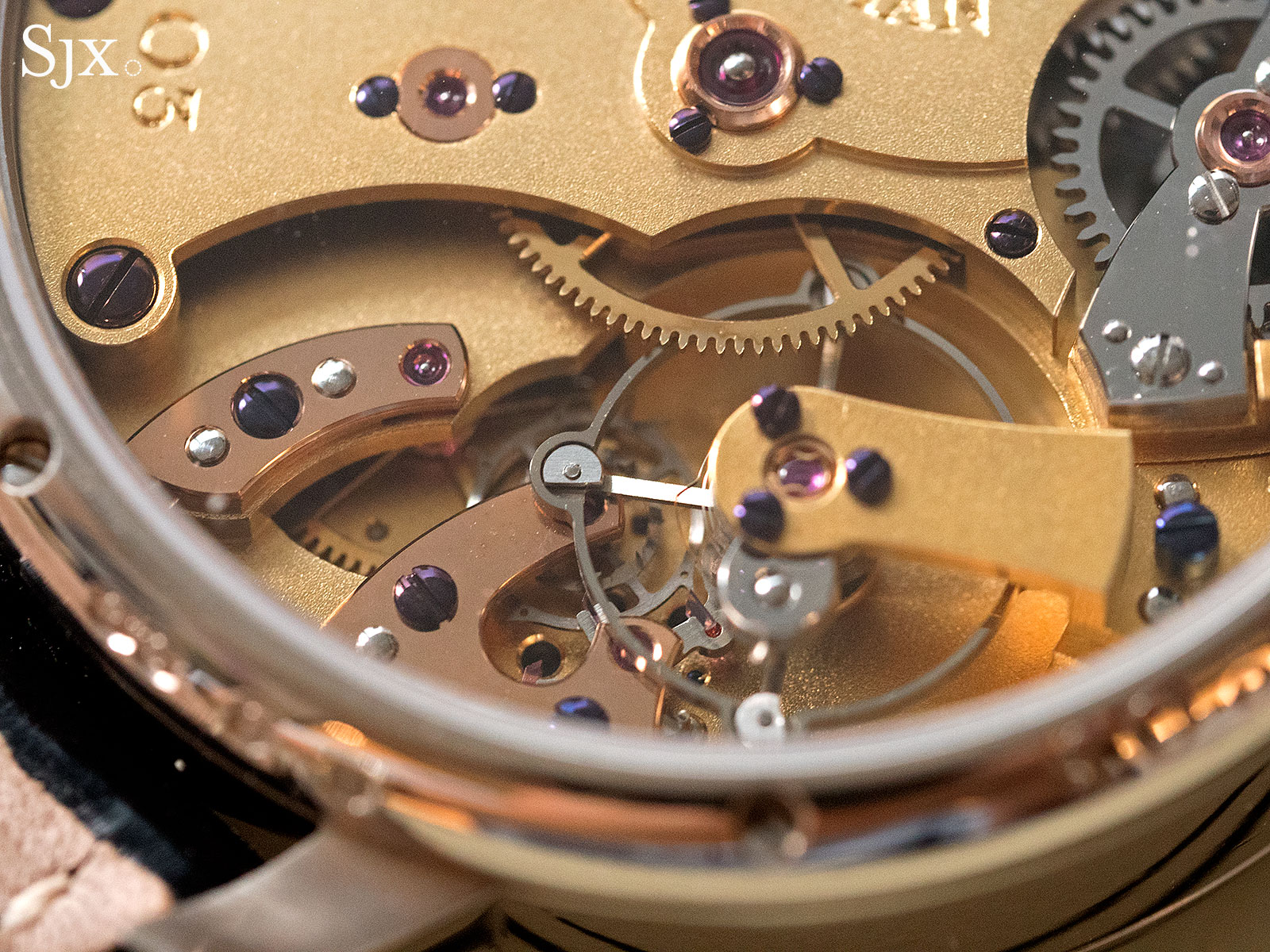 Many buyers of fine mechanical watches possess a dreamy and nebulous notion that these precious timekeepers are “hand-made”. Watch manufacturers understandably do little to dispel that notion.

The vast majority of watches produced today are not hand-made. At the top end of the market – where price tags are five or six figures – components are hand-finished and then hand-assembled, the result of a slow evolution over 400 years.

In the eighteenth century, when Abraham-Louis Breguet was still plying his trade, watches were as hand-made as can be. Parts were often cut by hand; making a bridge, for instance, started with drilling a hole in a sheet of brass, then cutting out the component with a saw.

The rough and imprecise nature of such components is why movement finishing developed, first as a functional necessity that eventually evolved into a decorative technique. When movement components were hand-made, the part that emerged from the drilling and sawing was so crude that substantial finishing was needed to ensure it functioned well.

But as the Industrial Revolution changed everything, bringing about more mechanised production of watches. It was American watchmakers like Hamilton and Elgin, who at the time were world leaders in mass-produced watches, that excelled in manufacturing large volumes of watches with a degree of refinement and quality that is still admired today. Railroad watches – highly precise pocket watches made for railroad personnel – are the best examples of nineteenth century American horological prowess. They can only be this good if made in large, large numbers

It was only in the twentieth century that the Swiss started mass-producing watches on a scale enough to supply the world. Brands like Longines, Omega and Zenith emerged as industrial powerhouses, with an annual output in the hundreds of thousands. After a steady climb upwards for most of the 20th century, the Swiss advance was halted for two decades with the rise of the quartz watch, starting in the seventies, but continued apace in the nineties as the mechanical watch returned as an object of desire.

Now Switzerland leads the world in producing fine watches on an industrial scale – last year Switzerland exported over 23m watches with over 6m being mechanical timepieces. Nearly all those watches are produced with machines and minimal human intervention. When a pair of hands is needed it is typically in assembling or regulation of the oscillator. And even then that can be almost completely automated, as Swatch demonstrated with the Sistem51, an automatic watch that is completely machine made.

But even though the physical processes of production are mechanised, significant human skill is required in designing the watch, both in its aesthetics and the construction of the movement, figuring out how the gears interact and the mechanics function. In fact, the more sophisticated an automated production process is, the more ingenious the minds that devised it. That is why the exceptionally advanced and colossal production facilities at places like ETA and Rolex are the envy of the rest of the watch industry. Technological advancement has also chipped away at the traditional bastion of hand craftsmanship. Much of the traditional, hand finishing techniques have been mechanised, transformed instead into a reasonably pleasing approximation of the laborious, artisanal technique of old.

One of the most common decorative techniques, Geneva stripes – parallel waves that are ground into the surface of the bridge – can be executed by machine with rigorous perfection. And it is also possible to stamp a similar pattern onto the bridge, speeding up the process even more, albeit with unsightly results.

But fortunately there are still dedicated craftsmen preserving the old crafts – at astronomical cost. English watchmaker Roger W. Smith still makes watches the antiquated way, almost like how Breguet himself did it 300 years ago. Smith’s simplest timepiece, the Series 2 that shows just the hours, minutes, seconds and power reserve, starts at over US$120,000. Collectors prize such authenticity, but they also value the rare pair of hands that can create finishing so perfect it seems machine made. That is why watches like the Philippe Dufour Simplicity and Seiko Credor Eichi II are desirable; because they have been finished to a degree that is so immaculate it seems to have been done by a machine.

This is an edited version of a column originally published in The Peak Singapore.