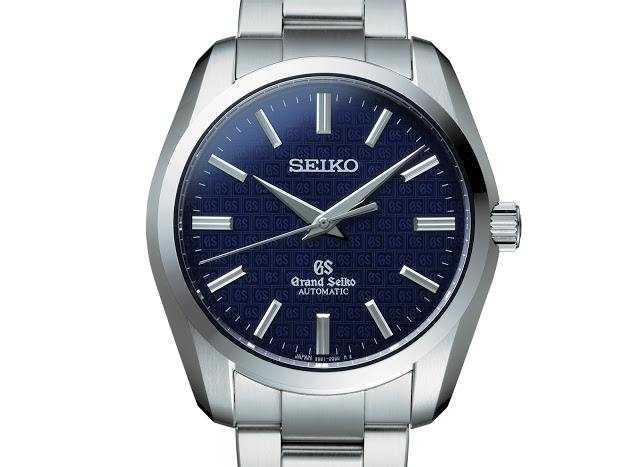 A 500-piece limited edition for the 55th anniversary of Grand Seiko, the SBGR097 features an extra-large case and a dial embossed with a Grand Seiko guilloche. While the typical Grand Seiko wristwatch tends to be small by contemporary standards, with most under 40mm in diameter, the new Grand Seiko 55th Anniversary SBGR097 is steel and 42mm, giving it a significantly more modern feel. Case size aside, the SBGR097 still retains all the signature features of Grand Seiko, including an in-house movement as well as diamond-cut hands and hour indices. Though the style is characteristic of Grand Seiko, the dial features an unusual finish found only on limited edition Grand Seiko watches. The dial is dark blue, with an embossed, repeating Grand Seiko logo. All the hands and hour markers are diamond-cut, giving them reflective, razor sharp edges that catch the light for better legibility.

A display back reveals the 9S61 movement inside. It’s self-winding with a three day power reserve. Limited to 500 pieces, the Grand Seiko 55th Anniversary SBGR097 is priced at U$4100, and will be available to Grand Seiko retailers worldwide.