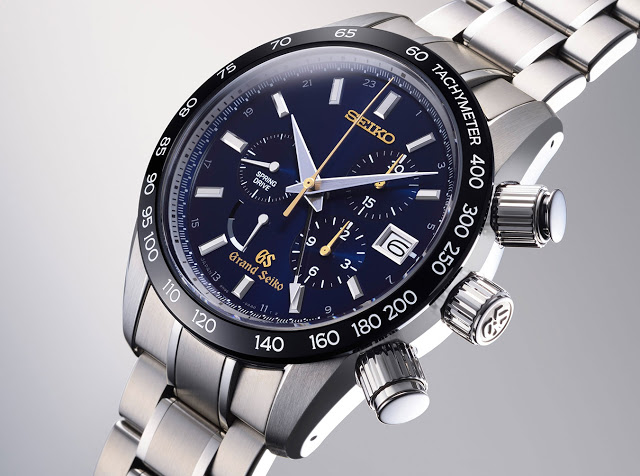 To mark 55 years since the first Grand Seiko wristwatch, Seiko has unveiled a limited edition Spring Drive Chronograph with a ceramic bezel, and a specially tuned movement that runs to within 0.5 seconds a day. Though it is largely mechanical, a Spring Drive movement relies on an integrated circuit with a quartz oscillator to regulate the rate of the mechanical fly wheel which functions as the balance. What that means is that a Spring Drive movement in essence is a mechanical movement with an electronic regulator that ensures it keeps time almost like quartz watch. The case has a 43.5mm diameter, made of a titanium alloy proprietary to Seiko. Known as “high intensity” titanium, the metal can be finished like steel, giving the case brushed and polished surfaces almost never found on other titanium watches. Though the case is identical to the regular edition Grand Seiko chronograph, it’s the first ever Grand Seiko to feature a ceramic bezel.