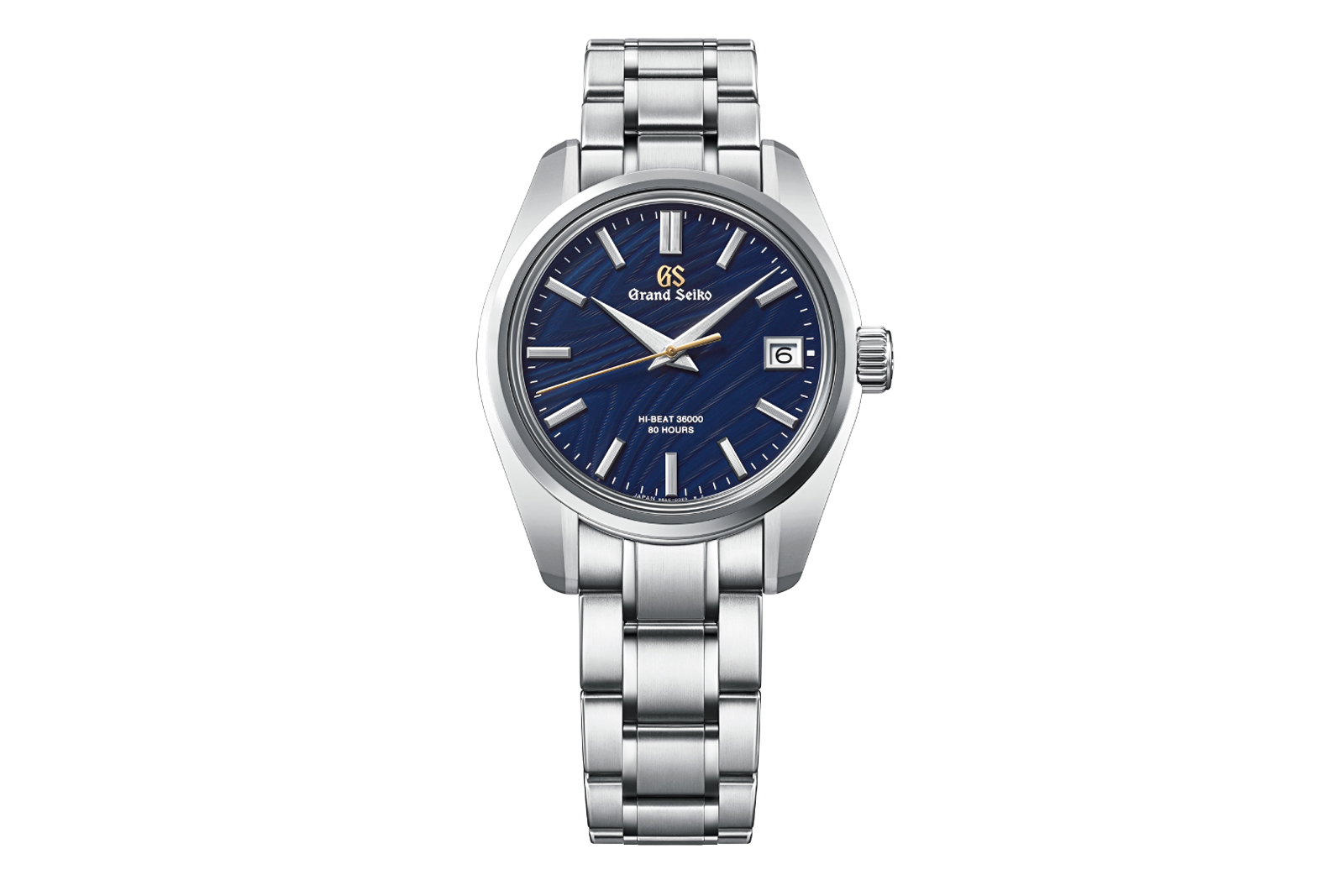 Launched in 2020 inside the all-new Evolution 9 collection, Grand Seiko’s top-of-the-line mechanical and Spring Drive movements have now found their way into the distinctive 44GS case, which happens to turn 55 this year.

With its wide, flat lugs, the 44GS case is a familiar, quintessential Grand Seiko (GS) design, but the Heritage Collection 44GS 55th Anniversary Limited Edition pair bring along relatively new features: the case is machined from brand’s proprietary Ever Brilliant Steel for the first time, while the dial now sports an unusually pronounced woodgrain pattern. The 44GS 55th Anniversary is typical of the brand’s recent launches with its iteration on familiar elements but made different with minor tweaks. It’s a subtlety that appeals to enthusiasts who cherish variations on a theme, though casual observers will find it difficult to distinguish between the models. But the fundamental appeal of GS remains, which is a top notch execution within its price segment.

That said, the latest pair are arguably a bit more special. One factor in their favour is the patterned dial. It’s a newish addition to the GS line up and also exclusive to date, having been used only in two models, both of which are expensive watches in precious metals. The new 44GS is, of course, in steel and hence more affordable. But the case is no ordinary steel, but instead Ever Brilliant Steel – the corrosion-resistant alloy is being applied to GS cases for the first time.

The new pair will also stick a chord with fans of the 44GS case. They are the first models, aside from the Evolution 9 or an extra-large dive watch, to boast the flagship cal. 9SA5 and cal. 9RA2 movements.

The two models are priced at about 10-15% over than their Evolution 9″White Birch” counterparts, a substantial but justifiable premium given the case material as well as the limited production of 550 pieces each. 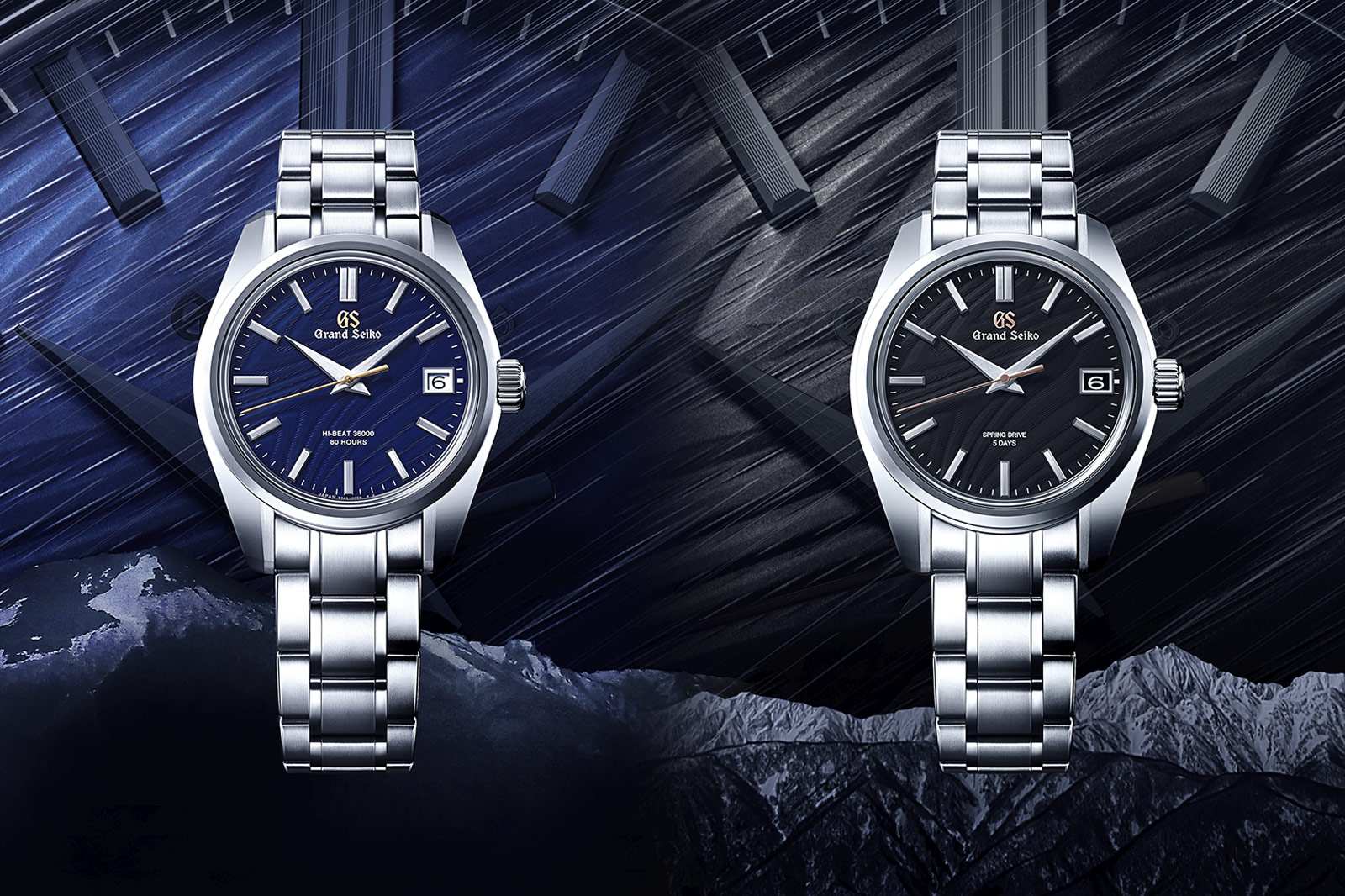 Unlike the “White Birch” pair that have dials in the same colour but slightly different patterns, the 44GS duo have the same dial pattern but each in a different colour

Debuted in 1967, the 44GS case is perhaps the most representative of GS, thanks to its easily recognisable style centred on wide, faceted lugs that showcase the brand’s prowess in flat-polishing. Notably, the Ever Brilliant Steel will likely further enhance the polished finish that GS is known for, since the alloy has a more silvery appearance. The most recent Seiko watches to feature Ever Brilliant Steel cases were no-nonsense dive watches, which played down the visual appeal of the steel.

Unlike the Evolution 9 case that’s streamlined and modern, the 44GS is eminently vintage in style. Unfortunately the retro case brings with it a dated, five-link bracelet, though that’s an easy fix because the case looks just as good, or even better, on a leather strap. 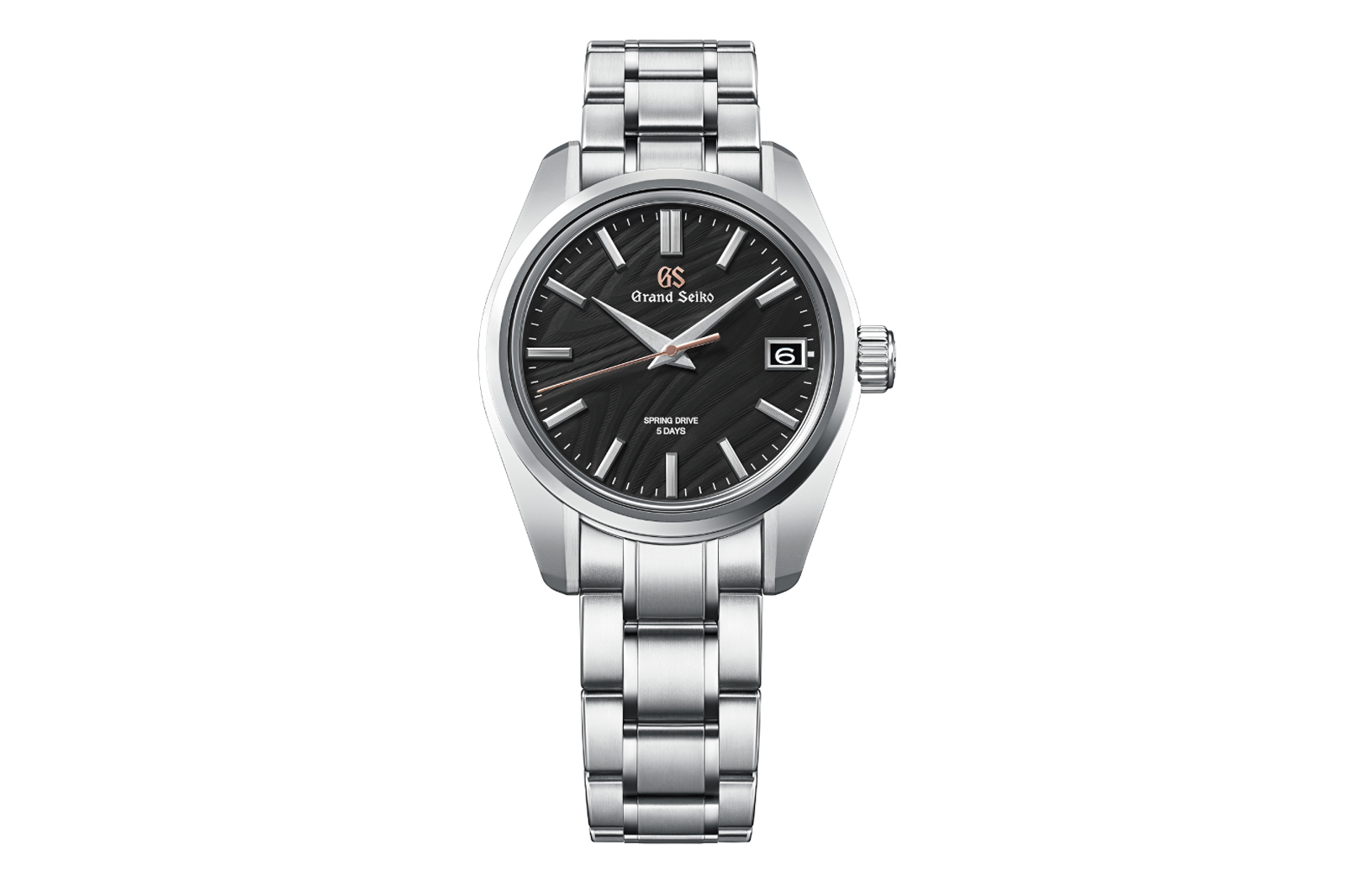 The movements inside the new pair are the brand’s flagship self-winding Spring Drive and Hi-Beat movements respectively. Both launched two years ago, the calibres are both technically superior to their predecessors, having longer power reserves while boasting new features that improve timekeeping.

The Spring Drive cal. 9RA2, for instance, has a five-day power reserve, up from the three days of the cal. 9R65, as well as improved accuracy of within 10 seconds per month thanks to a redesigned integrated circuit for its oscillator. 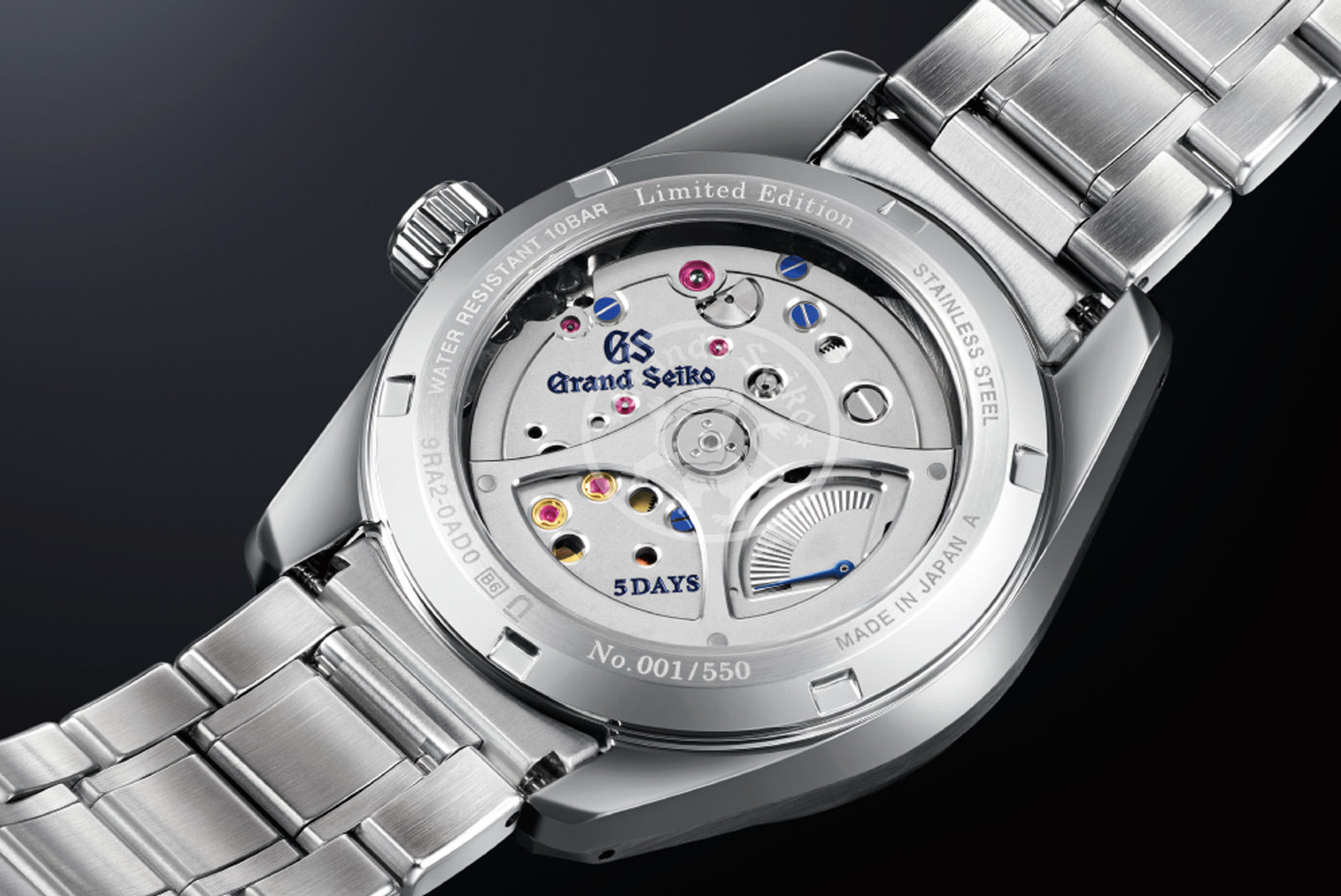 The two movements are also slimmer than their predecessors, giving the 44GS case a thinner, elegant profile that was previously only possible with the brand’s quartz watches.

While the Spring Drive cal. 9RA2 is identical across all models, the mechanical cal. 9SA5 is decorated differently according to the price of the respective model (due in part to the fact that automatic and Spring Drive movements are made in different factories).

Heat-blued screws, for example, were only bestowed upon the cal. 9SA5 installed in precious metal watches. But that appears to have changed with the new 44GS, which also gets blued screws in its movement – a minor upgrade but a big plus in terms of visual appeal. 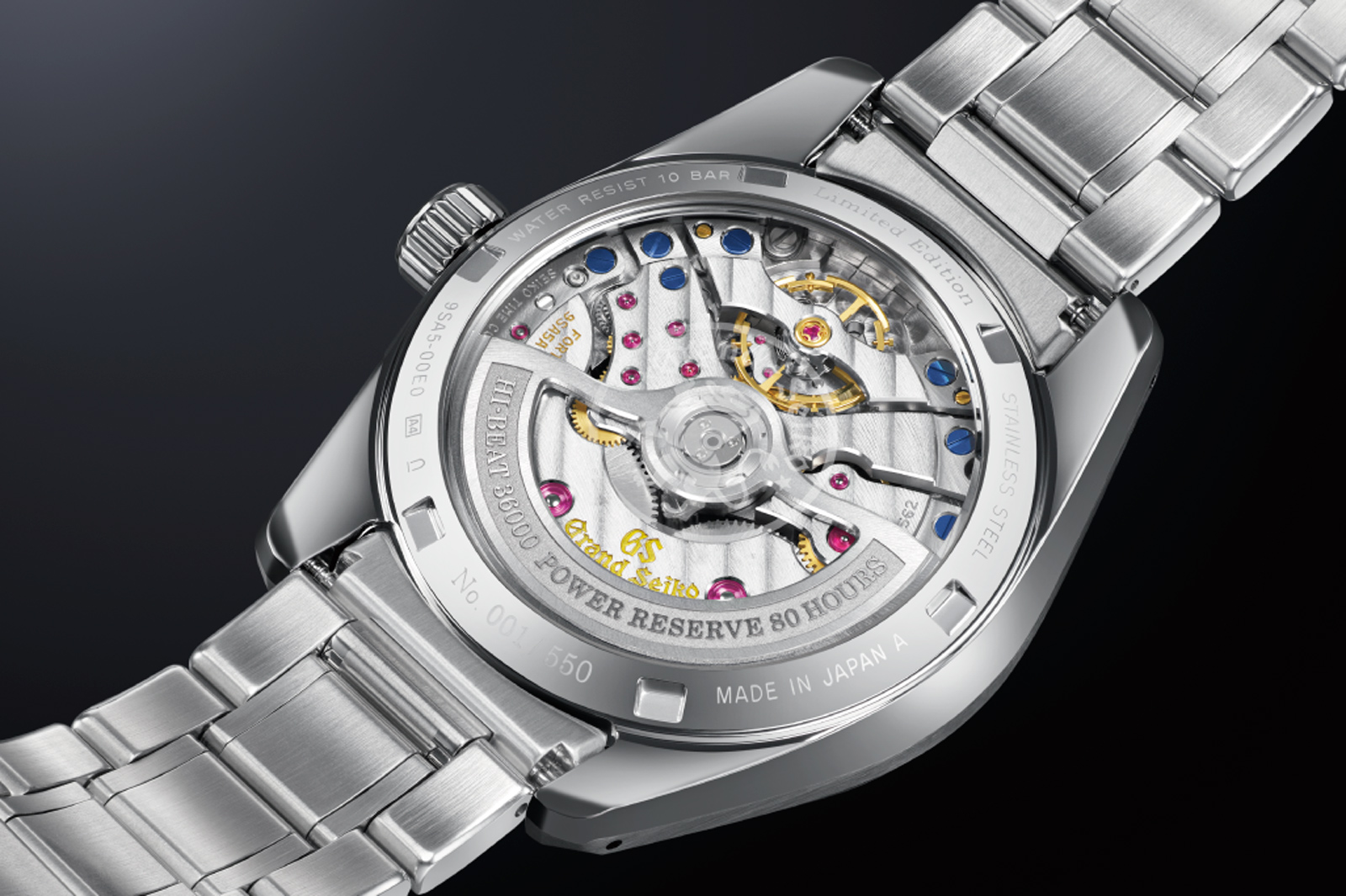 The cal. 9SA5 runs for 80 hours, though the real highlight is the Dual-Impulse escapement

Availability: Now at Grand Seiko boutiques and retailers
Price: US$10,500