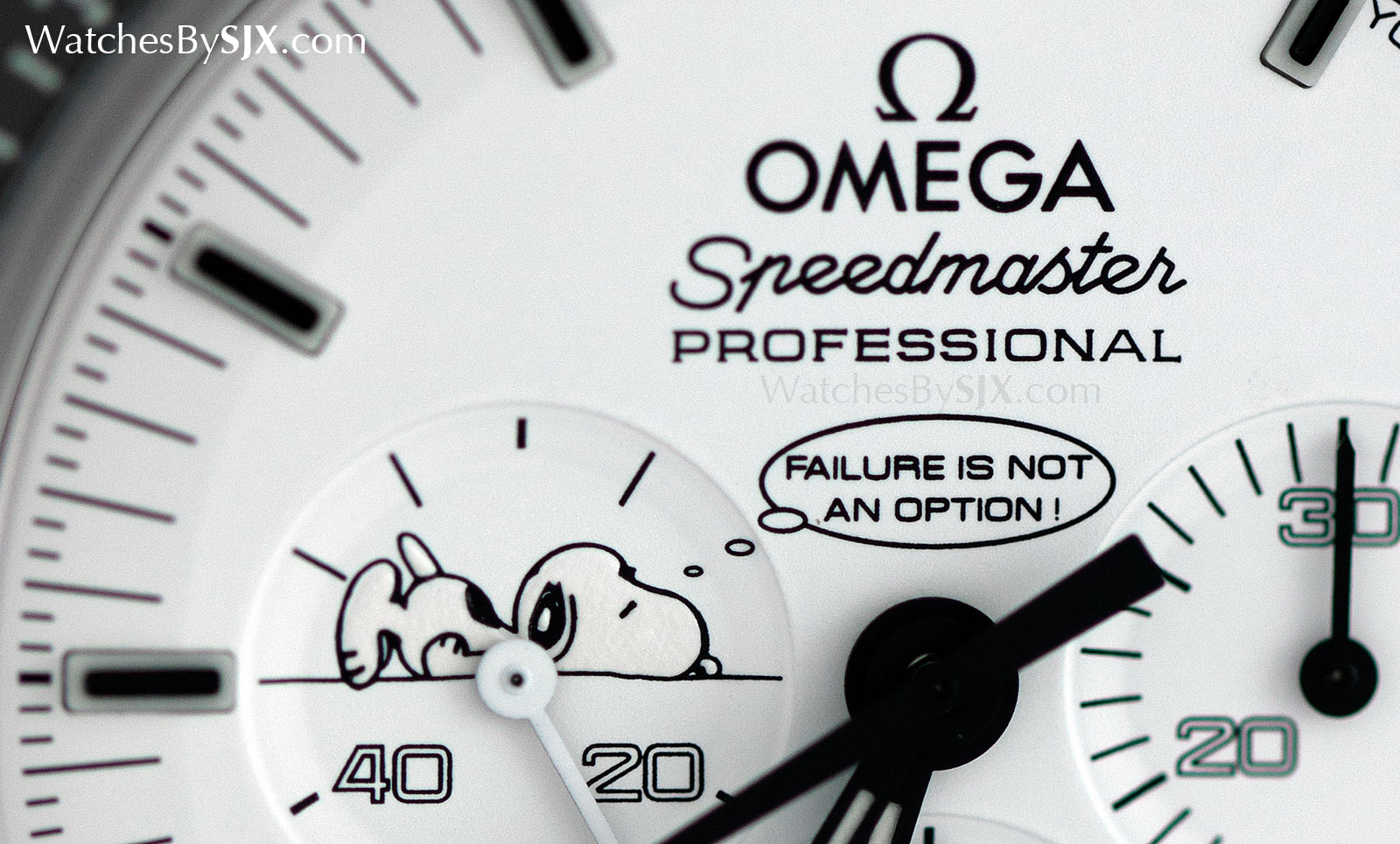 Omega introduced the Speedmaster Apollo 13 Silver Snoopy Award at Baselworld last month, a reminder the vital role the Moon Watch played in returning the Apollo 13 mission safely back to Earth. Some 56 hours into the Apollo 13 mission in April 1970, the oxygen tank on the space craft exploded. With skill and luck, the crew managed to survive, events chronicled in the film Apollo 13. Astronaut Jack Swigert’s Omega Speedmaster Moon Watch was used to time the critical 14 seconds for a re-entry manoeuvre back into Earth’s atmosphere, for which Omega was awarded a Silver Snoopy by the grateful mission crew. 45 years on that award is memorialised on the Speedmaster Apollo 13 Silver Snoopy Award. Conceived for astronauts themselves to bestow on deserving candidates, the Silver Snoopy is awarded for “contributions toward enhancing the probability of mission success”, amongst other criteria. Recipients get a sterling silver pin in the form of Snoopy dressed as an astronaut, reproduced in silver on the case back of the new Speedmaster Snoopy. The sterling silver Snoopy on the case back is on a dark blue disc with sterling silver flecks to evoke the stars in space. The Snoopy medallion sits over the movement, but under a sapphire crystal, so it will not oxidise as sterling silver is liable to do. Unusually for a Moon Watch the dial is white (most are black like the originals). Unsurprisingly for a limited edition, some extras have been added. They clutter the dial, though are not glaringly obvious. On the seconds register Snoopy is lying flat, with a thought bubble containing a line from the film Apollo 13 spoken by the flight director Gene Kranz, played by Ed Harris. Words from a fictional portrayal of a real person are a curious choice. Snoopy, however, is printed in Super-Luminova, and glows in the dark. That is pretty cool. The 14 second segment on the minute track around the dial is printed with yet more text about the 14 seconds of re-entry – more unnecessary text. Fortunately the needless words are not intrusive and the dial looks reasonably clean at arm’s length. The rest of the watch is vintage Moon Watch. The steel case is 42mm in diameter with the characteristic lyre-shaped lugs of the Speedmaster, with the hand-wound, Lemania calibre 1861 inside. But instead of the usual aluminium bezel insert, this has a black ceramic insert with engraved lettering for the tachymeter. And the crystal is a domed, scratch resistant sapphire, an upgrade over the usual mineral glass found on the traditional Moon Watch. Mineral glass is shatter-resistant, but prone to scratches, making it suitable for astronauts but inconvenient for ordinary use. This is actually the second Snoopy edition of the Moon Watch, the first one having been introduced in 2003. It sold out quickly and has become collectible. In fact it is probably one of the most distinctive and desirable of the vast number of Speedmaster limited editions. Despite the questionable aesthetic choices on the dial, this will certainly sell well. Snoopy emblazoned on a legendary chronograph is hard to resist.