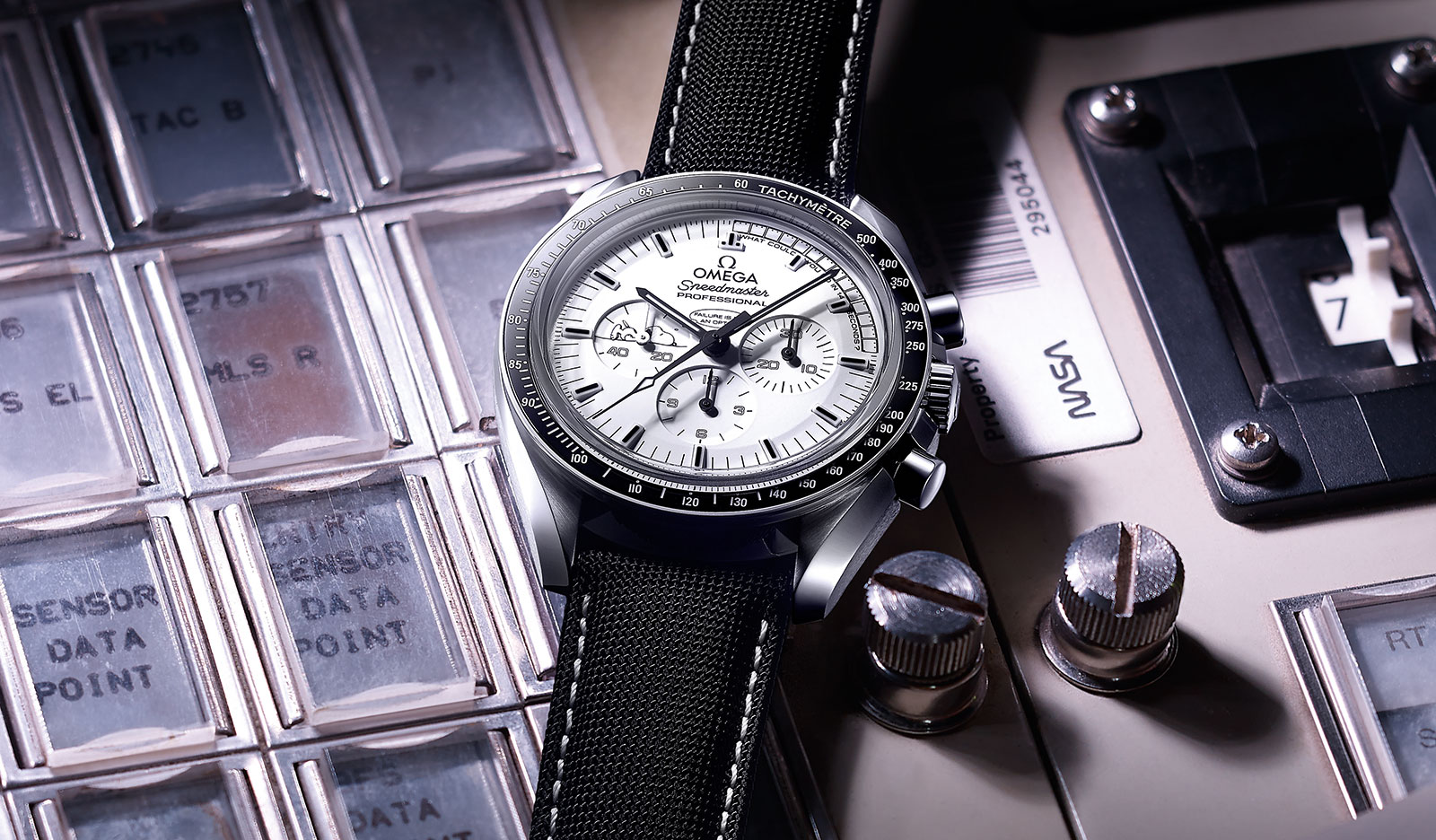 Omega once again commemorates the Silver Snoopy award given by NASA for the Speedmaster Moon Watch that helped the Apollo 13 mission return to Earth safely after an explosion in space. Omega played a vital role in the successful re-entry of the Apollo 13 spacecraft after its oxygen tank blew up on the way to the Moon, limiting the spacecraft’s electrical system. The hand-wound Speedmaster Moon Watch helped save the day by timing certain re-entry procedures. Omega commemorates the Apollo 13 mission and its award with the Speedmaster Apollo 13 Silver Snoopy Award. NASA bestows the Silver Snoopy award on individuals or companies for significant contributions to mission safety and success. Specifically, the Silver Snoopy is awarded for “contributions toward enhancing the probability of mission success… improvements in design, administrative/technical/production techniques, business systems, flight and/or systems safety or identification and correction or preventive action for errors.” Because the Speedmaster Moon Watch was critically useful in timing re-entry when the electrical systems went out after an oxygen tank explosion onboard Apollo 13, famously depicted in the film of the same name, Omega received the Silver Snoopy. The first Speedmaster Snoopy was introduced in 2003 and proving that a combination of a famous wristwatch and iconic cartoon character is impossible to resist, promptly sold out. That has since become one of the more sought after Speedmaster limited editions (and there have been a plethora of them). Dedicated to the same subject, the Speedmaster Apollo 13 Silver Snoopy Award is limited to 1970 pieces, with several notable features. Unusually for a Speedmaster, the dial is white, and decorated with a sleeping Snoopy at nine o’clock. The hands, indices as well as the Snoopy logo are in Super-Luminova, so they all glow green in the dark. The rest of the dial is somewhat cluttered. The minute track from one to 14 seconds comprises of 14 boxes, with “What could you do in 14 seconds?” printed below, a reference to the 14 seconds it took the astronauts on Apollo 13 to correct their trajectory on re-entry to Earth using the Speedmaster Moon Watch. Somewhat curiously, “Failure is not an option” is printed on the dial just above the hands, reproducing the line spoken by Ed Harris playing the mission’s flight director Gene Kranz in the film Apollo 13. This is probably the first watch carrying speech from the fictional portrayal of a real person involved in a real historical event. Sterling silver paillons are set into the enamel to mimic the cosmos. To protect the sterling silver from wear and oxidisation, the medallion is under a sapphire crystal. Beneath the medallion is the hand-wound calibre 1861, the same Lemania 861 movement that has powered generations of the Speedmaster Moon Watch (except the very first which was equipped with the Lemania calibre 321). The case is steel and 42 mm in diameter, with a black ceramic bezel insert. The strap is black nylon with a folding clasp. The Speedmaster Apollo 13 Silver Snoopy Award will cost 9500 Singapore dollars or 6100 Swiss francs.