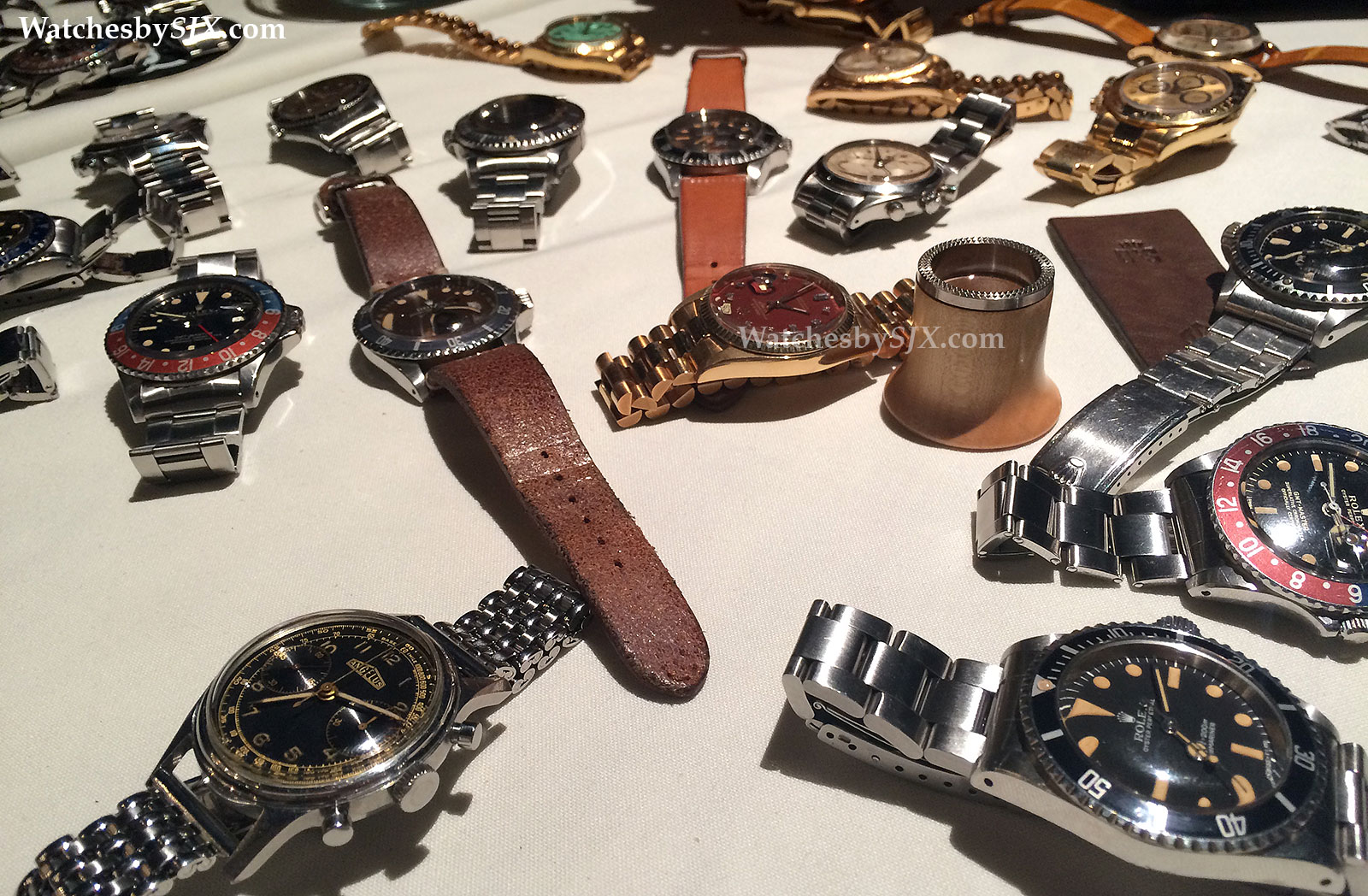 Enthusiasm for vintage Rolex watches is a phenomenon that is sweeping the world. One hotspot for that is Indonesia, an archipelago with a population of over 250 million people. VRA was established in the capital, Jakarta, almost exactly a year ago and now counts in its ranks nearly 40 members. Its first official gathering took place on 11 December, with its members, and their watches, out in full force. I was there as a guest, and here’s what happened.

Naturally there were many more watches than people, with a predominance of Submariners, with Daytonas and GMT-Masters also popular. Practically every shade of tropical dial brown was present. For the uninitiated, tropical dials refer to black or dark dials that have turned varied shades of brown (anything from tobacco to caramel) over time, likely due to ultraviolet rays from sunlight breaking down the pigments in the dial. As always with vintage Rolex it’s the details, the subtle nuances, the variations that are barely there, which really matter. One highlight was this extremely rare Milgauss Ref. 6541 with a tropical honeycomb dial and lightning seconds hand. But beyond the watches what was palpable was the camaraderie – the gentlemen of VRA, bound together by a shared loved for vintage Rolex, are a band of brothers. A sense of community, strengthened by shared knowledge, is evident in the VRA. But like a teenage romance, such camaraderie is fleeting, possible only when a community is still small, and all its members linked by the same fiery enthusiasm. VRA’s success means it will surely grow, but all those who were there on this night will always remember they were one of the original band of brothers.  And for more Rolex eye candy here are some photos from VRA member Samuel Rotandi. In early December the largest vintage Rolex enthusiast club in South-East Asia gathered for its annual conclave in the sprawling metropolis of Jakarta, capital of Indonesia. Here's a report from @onioncrown, the Rolex-collecting roving reporter.