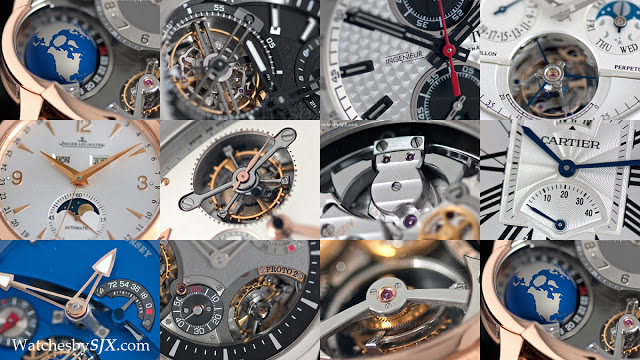 I present my photo report of the watches shown at SIHH 2013, which I hope will serve as a reference for the new timepieces launched at the fair. I will cover notable individual watches in greater detail, with more photos, later on. I cover majority of the watches launched at the fair, and also a handful of notable independents outside of SIHH. I will publish the brand reports individually as they are ready, but here are a few to start. The brands listed in italics are yet to be published. A. Lange & Söhne Audemars Piguet Cartier Greubel Forsey IWC Jaeger-LeCoultre Montblanc Panerai Parmigiani Piaget Richard Mille Roger Dubuis Vacheron Constantin Van Cleef & Arpels – SJX