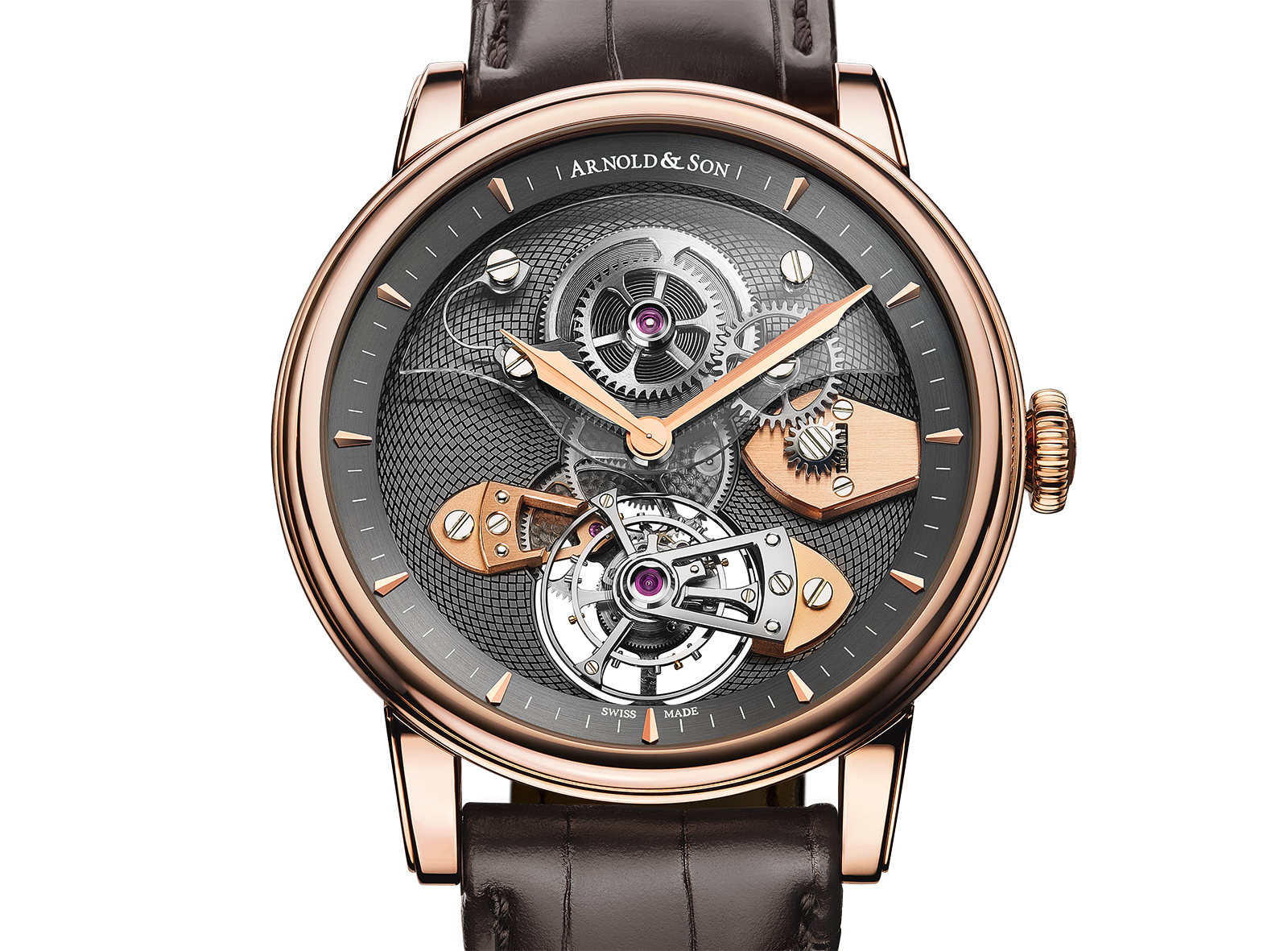 With design elements inspired by vintage pocket watches, the red gold Arnold & Son TES Tourbillon has an open-worked movement featuring a sapphire barrel bridge and guilloche base plate, along with a three day power reserve. A resurrected name from 18th century English watchmaking, Arnold & Son looks to English pocket watches of the past for the new TES Tourbillon. The triangular cocks for the tourbillon and third wheel are shaped like those on old pocket watches while the base plate is decorated with guilloche reminiscent of pocket watch cases. And the barrel bridge is in sapphire with an open-worked barrel, showing the mainspring below. Unusually the winding wheel of the barrel features wolf’s teeth, an anachronistic but attractive feature rarely found on modern movements.

The movement layout reveals most of the winding mechanism, gear train and tourbillon regulator. Featuring a dark grey NAC coating on the base plate and contrasting rose gold plating on the bridges, the movement is in-house, made exclusively for Arnold & Son by La Joux-Perret, its sister company, both of which are owned by Citizen Corp. It is hand-wound with a longish power reserve of 80 hours, or about three days.