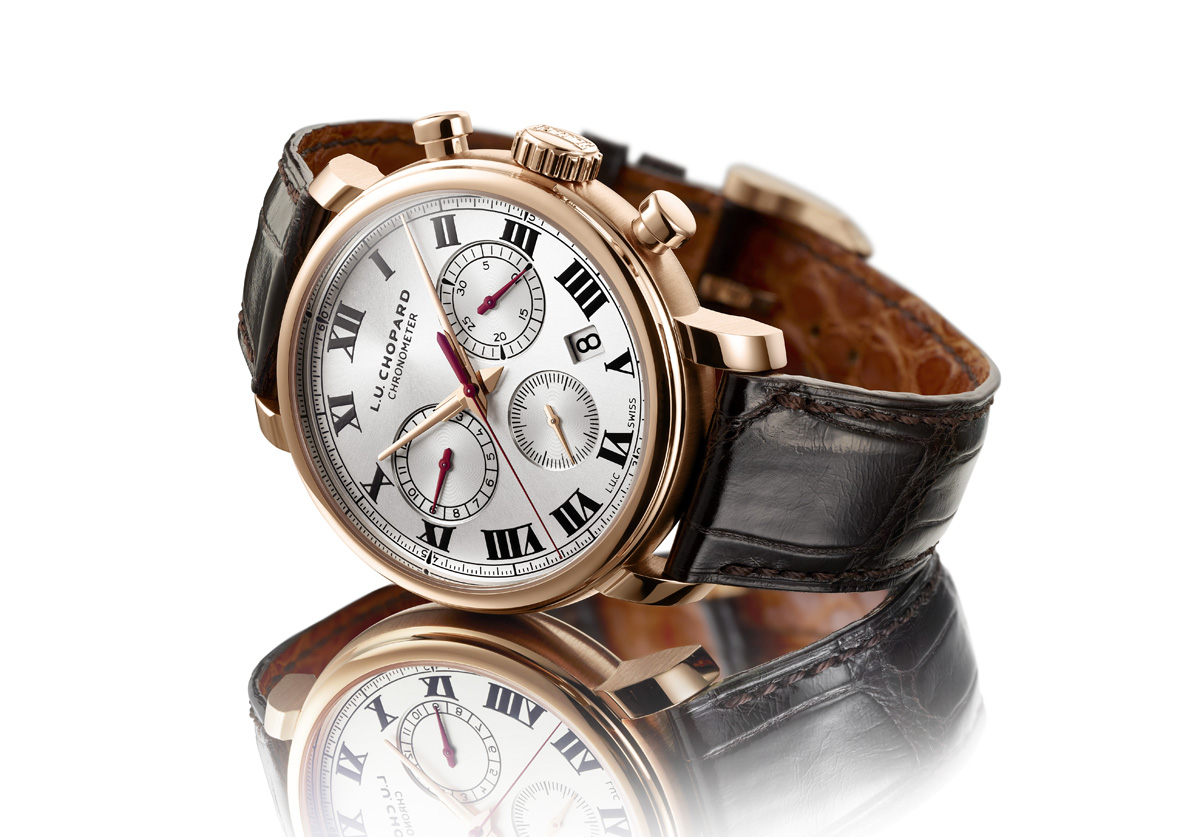 Last month we brought you an exclusive scoop, revealing the new L.U.C 03.07-L, the first hand-wound chronograph movement from Chopard. Now at Baselworld 2014 Chopard has finally revealed the first watch to be equipped with this movement, the L.U.C 1963 Chronograph. Like the recently unveiled L.U.C 1963 Chronometer, the new chronograph is also to commemorate the fiftieth anniversary of the Scheufele family’s ownership of Chopard. Like the 1963 Chronometer, the 1963 Chronograph has a 42 mm red gold case, silvered dial with Roman numerals and dauphine hands. And red chronograph hands and pump-style pushers give it a slightly vintage look. But as is the case with nearly all of the L.U.C range, this has a beautifully constructed and finished movement – really outstanding – paired with a dial and case that is uninspiring at best. Like most modern chronograph movements, the L.U.C 03.07-L has a column wheel as well as vertical clutch. The former gives the start-stop-reset buttons a crisper feel, while the latter allows the chronograph to be run without affect amplitude and thus timekeeping. In fact, the L.U.C 03.07-L movement is based on the automatic Chrono One calibre launched in 2006. It retains all the key features, but leaves out the automatic winding, revealing the chronograph mechanism. That means it has has a flyback function, as well as a hacking, zero-reset seconds hand. That means when the crown is pulled to set the time, the seconds hand at six o’clock resets to 12 and stops, allowing for precise time setting. The movement has a striking two-tone finish also found on other recent L.U.C calibres. All the bridges are made of untreated German silver, with a gilded finished on the bevels as well as base plate.  This movement is Geneva Seal certified, with wonderfully executed decoration on all the components. Notably the bridges have been designed to increase the number of curves, corners and sharp points, which are much more difficult to finish on their edges.