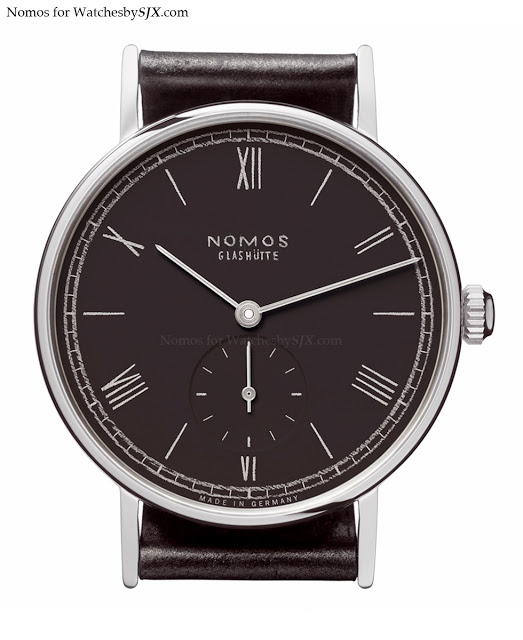 Nomos recently announced a limited edition for German jeweller Wempe, the Ludwig Oberlehrer (“headmaster” in German), which is part of the annual Wempe100 series. This has an amusing chalkboard coloured dial with fuzzy, chalk-like Roman numerals and minute track. Unfortunately the hands are rhodium rather than chalk.

The idea is not entirely original. Fortis once did something similar, though I find the Nomos more subtle. The Nomos Ludwig Oberlehrer is in the classic, and a bit small, 35 mm Tangente case (those seeking something larger can look at the new blue Zurich wristwatch). Inside is the Nomos Alpha movement, a Peseux 7001 that has been modified by Nomos, most obviously with a striped three quarter plate. Though the movement design is based on the Peseux, it is manufactured by Nomos in Glashütte, just across the street from Lange and Glashütte Original. Though this is a limited edition of 100 watches, available only from Wempe stores, it costs a modest EUR1040. Unusually, that’s EUR100 less than the regular Tangente. That makes this an even better buy than the regular Nomos watches, which are already honest and superb products.