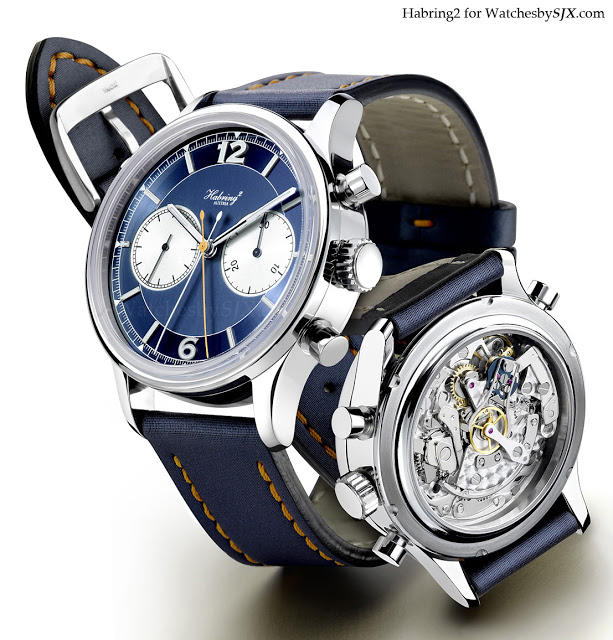 Habring², run by Austrian watchmaker Richard Habring and his wife Maria, recently announced the Doppel 2.0. Richard developed the condensed, cam-operated rattrapante mechanism, built on top of a Valjoux 7750, which is why he was hired by Günter Blümlein at IWC. Richard’s intelligent but down to earth approach to watchmaking fit perfectly with the IWC philosophy of good, practical engineering then. ﻿

Now for the 20th anniversary of the Doppelchronograph, and after the original patent has lapsed, Richard presents an improved version of the his split seconds mechanism, the calibre A08MR. Compared with the original, this new rattrapante is more reliable and easier to service.

20 pieces will be made in 2012 – Richard usually makes 12 pieces per model per year – in steel with a choice of three dial colours. The case is steel and 42 mm in diameter. Priced at EUR6000, it can be ordered direct from Richard via his

website. This is essentially the same movement as the IWC split-seconds but at a fraction of the price. I own a handful of Habring² watches; my favourite is the hand-wind with dead seconds. The watches are all executed cleverly but simply, with a focus on practical or entry level complications. Naturally the finishing is workmanlike. But the pricing is extremely reasonable, and Richard is very easy to work with in terms of customisation. – SJX