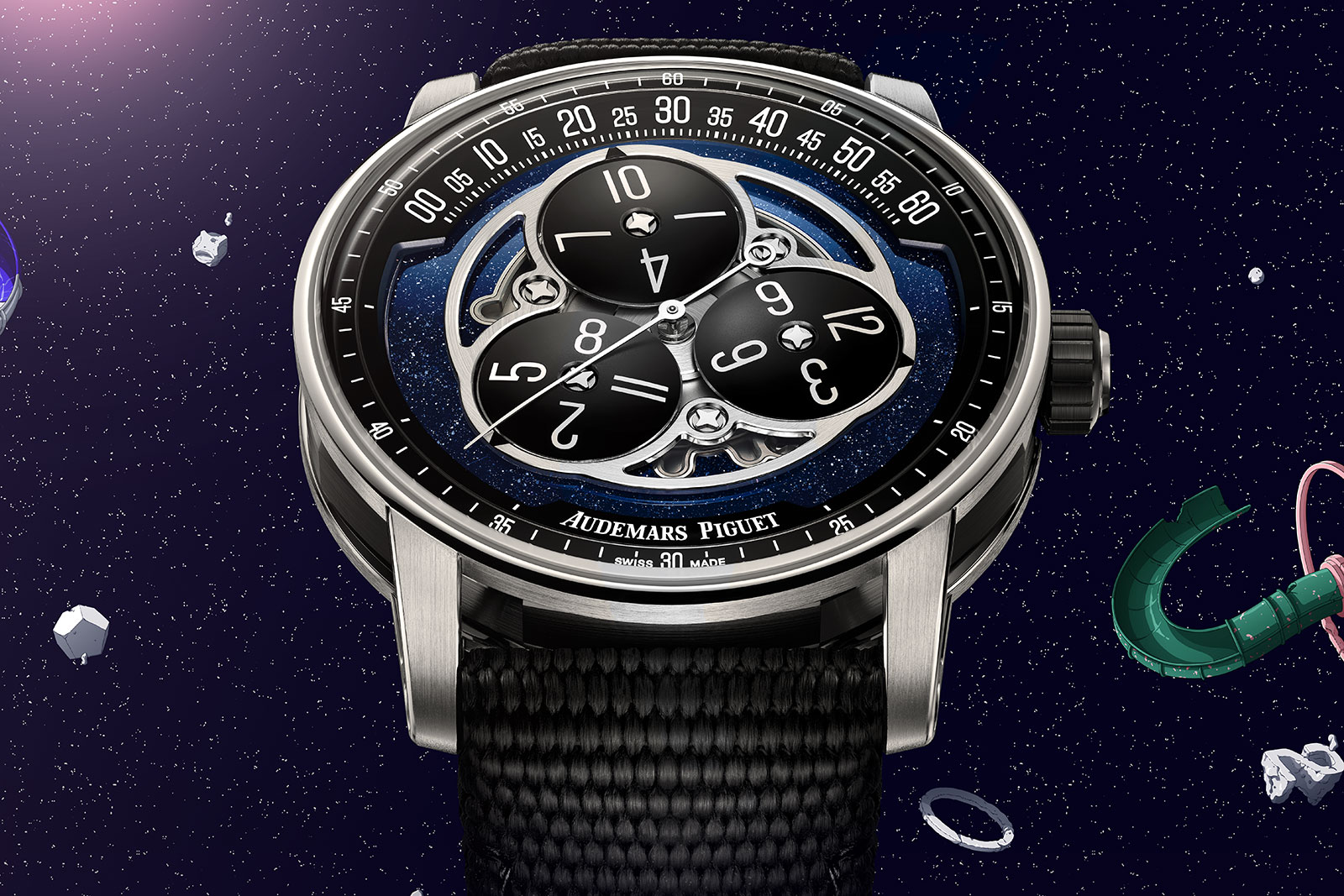 After a two-decade hiatus, Audemars Piguet has revived the wandering-hours complication with the Code 11:59 Starwheel. The latest addition to the collection installs the distinctive complication in the Code 11:59, a model initially criticised but now often praised, and combines it with a blue aventurine dial that’s matched with a two-tone, black ceramic and white gold case.

The reintroduction of the Starwheel in the Code 11:59 is an interesting proposition that is well timed.

It is interesting because it combines the modern proportions and style of the Code 11.59 case with a once-neglected complication. In that sense, the watch embodies a key familiar direction in contemporary watchmaking: reinterpreting of a vintage classic for today.

Even though the formula is familiar, the new Starwheel is different enough that it will no doubt be polarising. The relatively large case diameter of 41 mm compared to the compact 1990s models means the new model will probably not appeal to fans of the original, but it will surely bring a new audience to the complication (and perhaps enlarge the pool of clients for the Code 11.59). 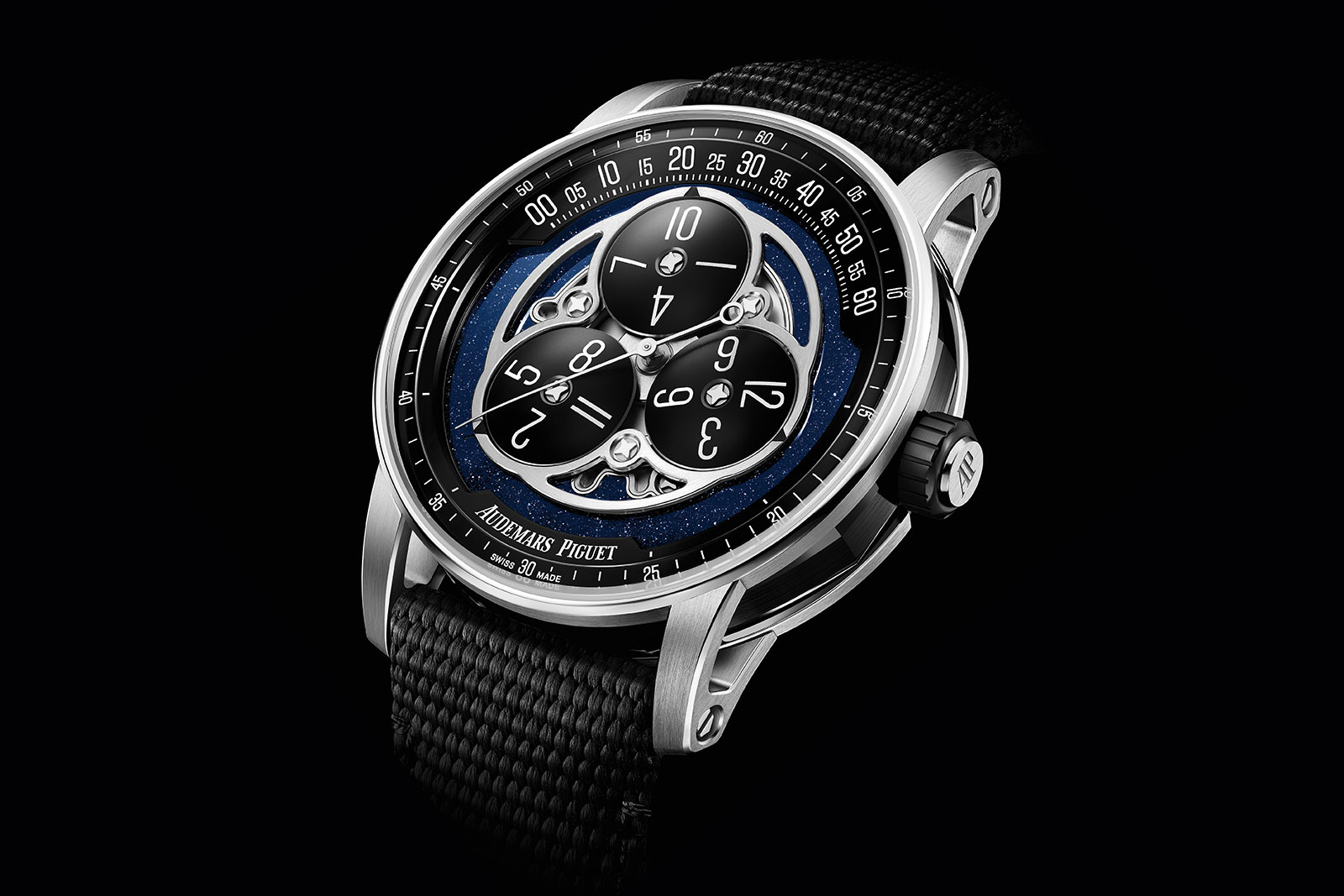 And it is well timed because Starwheel watches from the 1990s enjoyed a rise in popularity alongside the broader jump in interest in watches of all sorts during the last two years. So the brand’s revival of the Starwheel reflects its awareness of today’s tastes. It also reveals that AP is paying attention to the comings and goings on the secondary market, where older Starwheel models have been climbing in value – at least until the recent market dislocation.

With a retail price of CHF 48,000, the Starwheel is fairly priced considering its intrinsic features and overall AP pricing. Though slightly more expensive than a comparable Code 11:59 chronograph, the Starwheel has a far more intriguing and uncommon complication. And the retail price is also in line, more or less, with secondary market values of vintage Starwheel models. 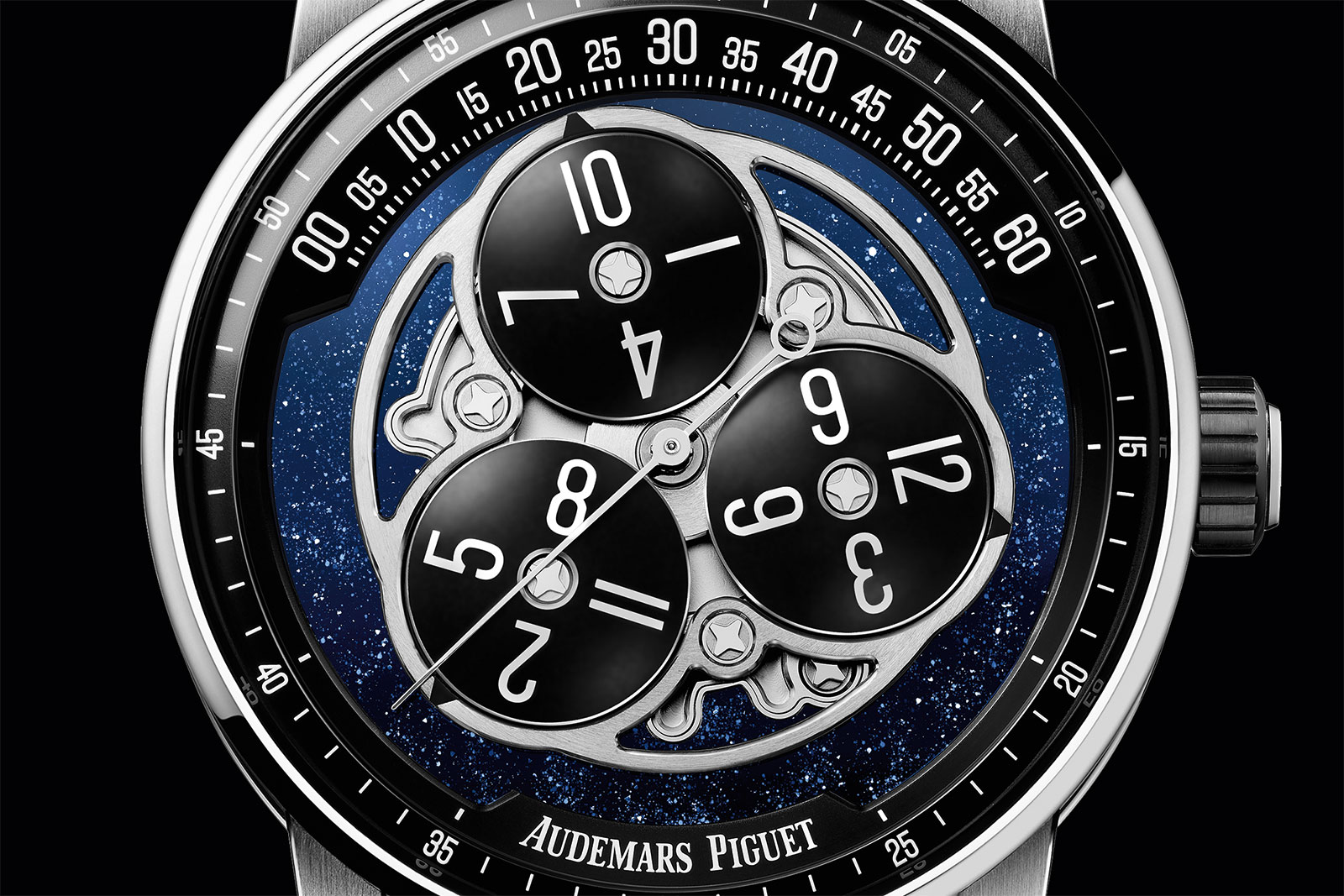 While the new Code 11:59 Starwheel has a strikingly modern aesthetic, it is descended from the Starwheel watches made by Audemars Piguet in the 1990s that had their roots some four hundred years earlier.

Invented in the 17th century by the clockmaking Campani brothers, the wandering hours made its debut as part of a “night clock” conceived for Pope Alexander VII. Because the pontiff had trouble sleeping, he needed a clock that ran without audible ticking. The Campani siblings built a timekeeper powered by a type of movement that necessitated a continuously-rotating disc to indicate the hours and minutes. 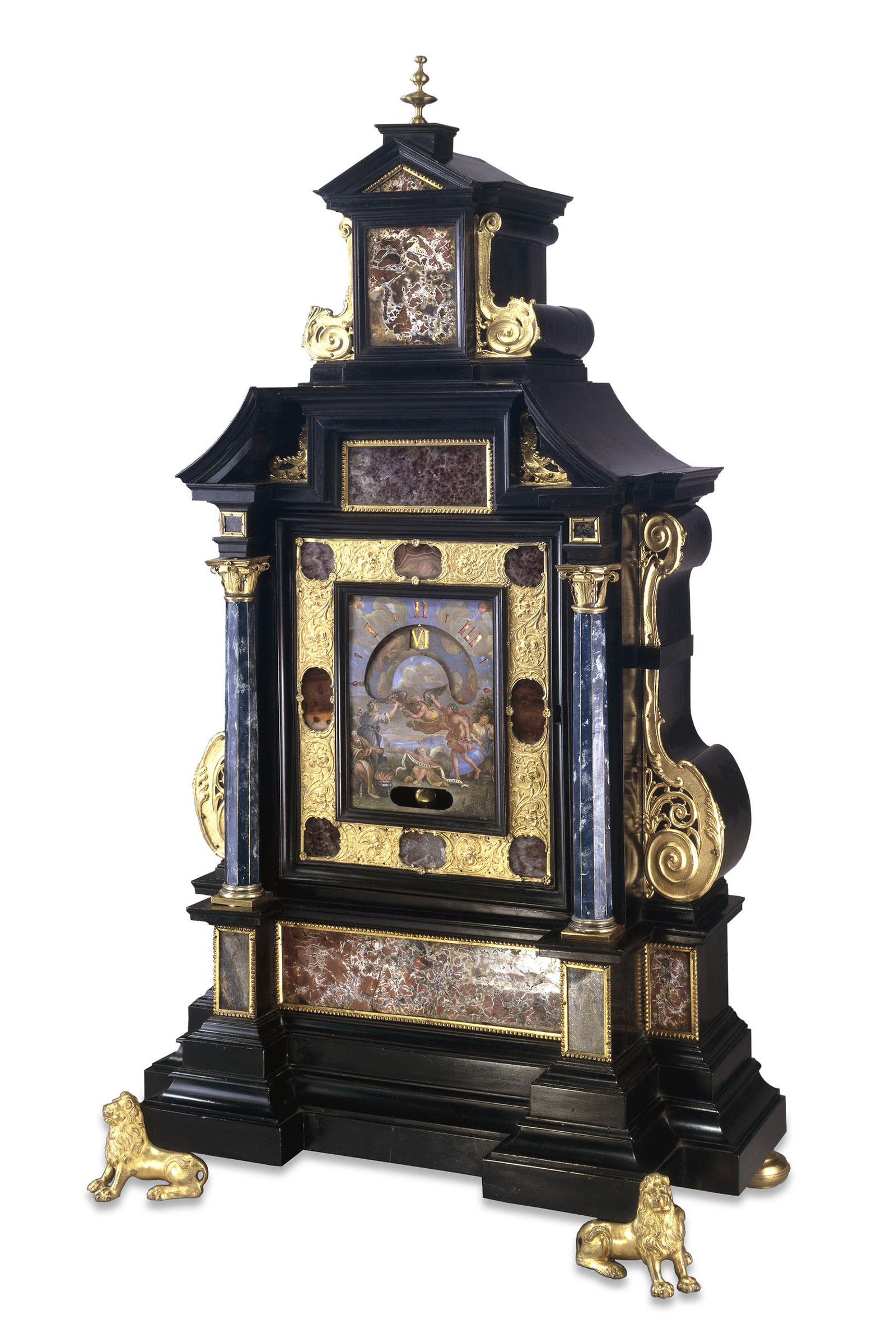 The complication later made its way into pocket watches with graduated minute scales for better legibility. However, it was soon superseded by the jumping hour display that was fashionable during the Art Deco era of the early 20th century.

Then it was mostly forgotten, until a watchmaker at Audemars Piguet came upon the complication in a trade magazine in 1989. That culminated in the first modern-day Star Wheel, the ref. 25720 that was launched in 1991.

According to the Audemars Piguet, the model name was likely derived from the visible star-shaped wheels that drove the hour discs. In the subsequent 12 years, about 30 variants of the Starwheel were produced until the model’s discontinuation in 2003. 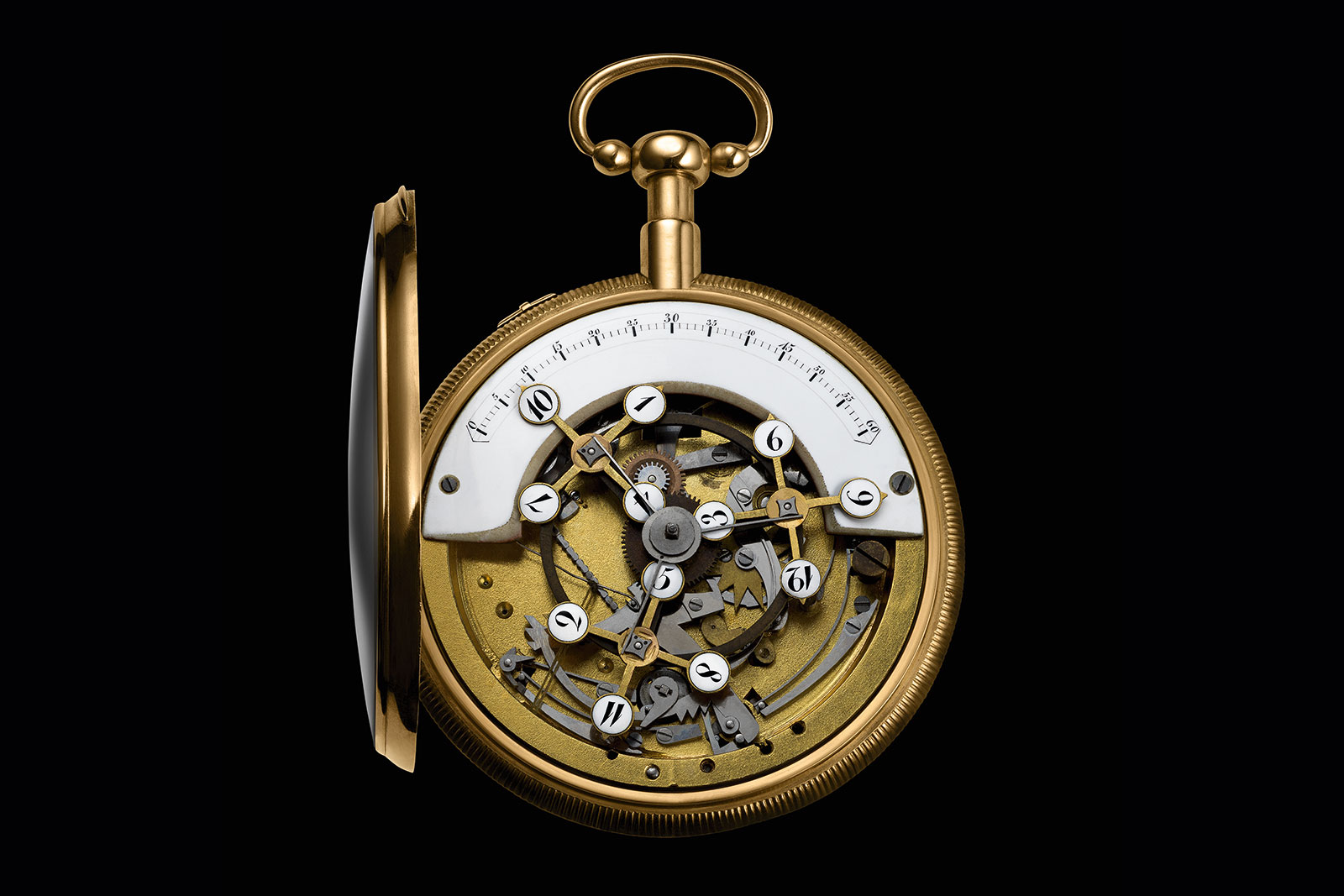 A study in contrasts

Though conventionally round on the front, the Code 11.59 case is an interplay of shapes. Its form is enhanced by overlapping geometric shapes – the bezel, back, and dial are round, while the case middle is octagonal.

Like several other recent Code 11.59 models, the Starwheel turns to a novel combination of ceramic and gold: the bezel, lugs and case back are in white gold, while the middle case and crown are black ceramic.

The result is a high contrast case that emphasises both the shapes and finishing. Notably, the case middle is finished with both polished and brushed surfaces that meet in perfectly defined borders, illustrating the precise hand finishing of the case. 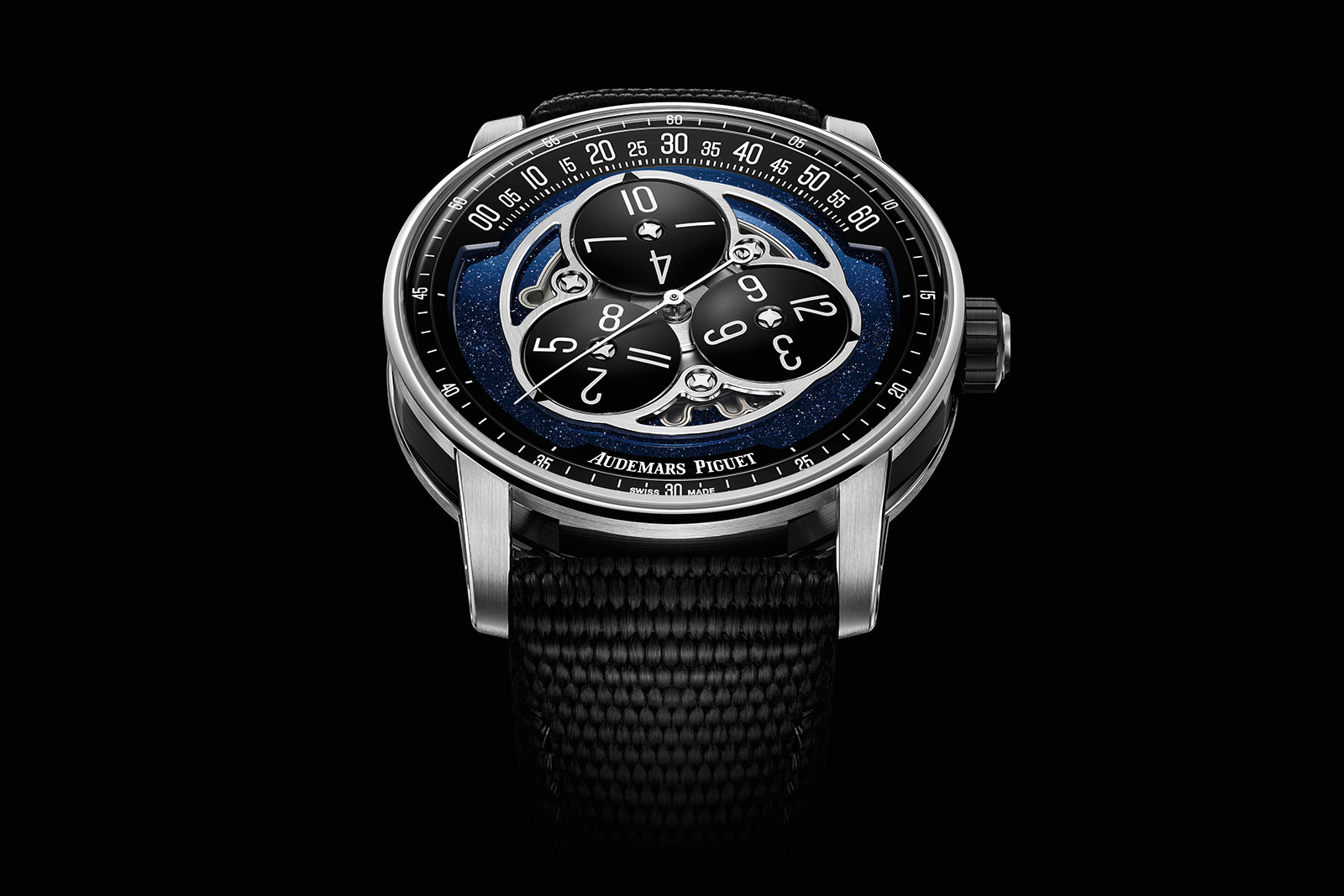 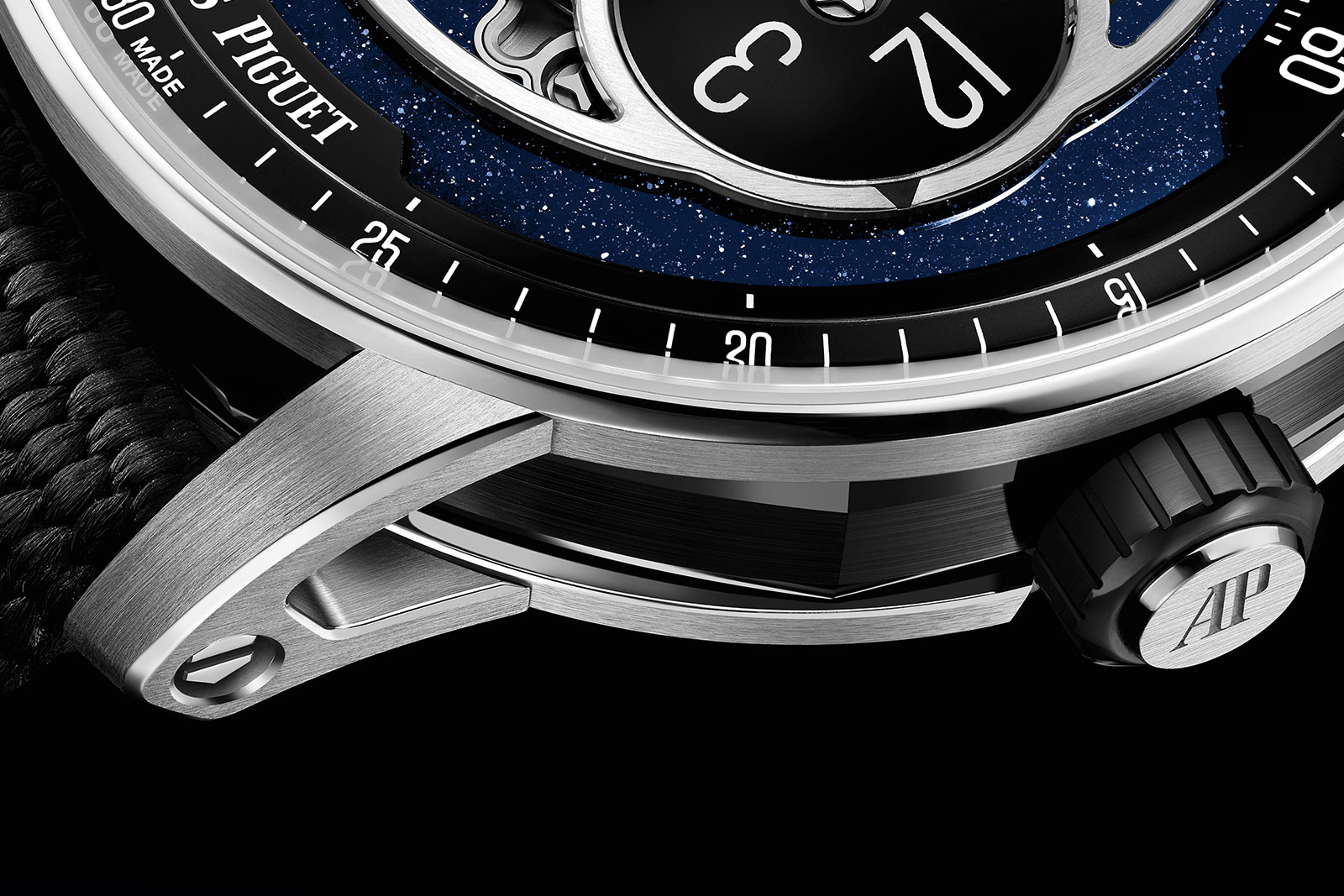 Beneath the crystal sits a highly-detailed dial. Set against a face of blue aventurine glass, three aluminium discs with white numerals on a matte black surface indicate the hours. Further contrast is achieved with the white markings on the black minute scale across the upper circumference of the dial.

It is also worth noting only the highly complicated watches in the Code 11:59 line get aventurine-glass dials. The material is also found on the dials of the perpetual calendar and tourbillon, which puts the Starwheel in good company. 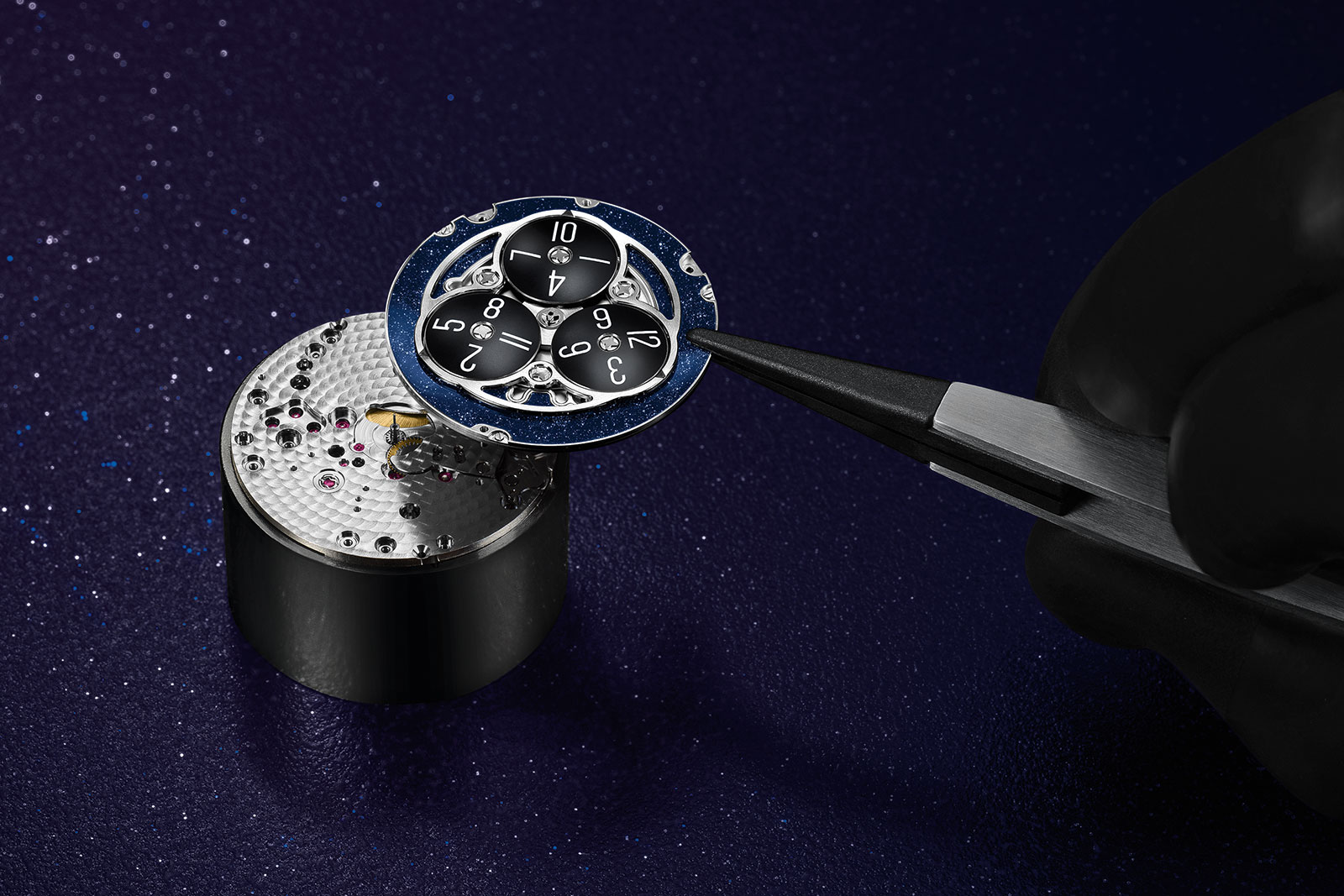 While the wandering hours is not the most intuitive of displays, it is easy enough to get used to. The Starwheel tells the time exactly like its predecessors. It relies on a central pinion that completes one revolution every three hours, causing the hour discs to orbit and indicate the minutes. The current-hour numeral on the disc also points to the minute scale, aided by a small arrow on the carousel that carries the discs.

But the new Starwheel is set apart from earlier models in one key respect: it now has a seconds hand, something absent in past Star Wheel wristwatches.

The new Code 11:59 is powered by the cal. 4310 specifically developed for the Starwheel. Having a respectable 70-hour power reserve, the movement is derived from the cal. 4309 that was introduced in 2021 as the brand’s large-diameter workhorse movement. Here the calibre has been reconfigured to accommodate the wandering hours module.

As expected from Audemars Piguet, the movement is well-finished. It features Côtes de Genève and prominent, milled bevelling on its bridges, along with a solid-gold rotor. 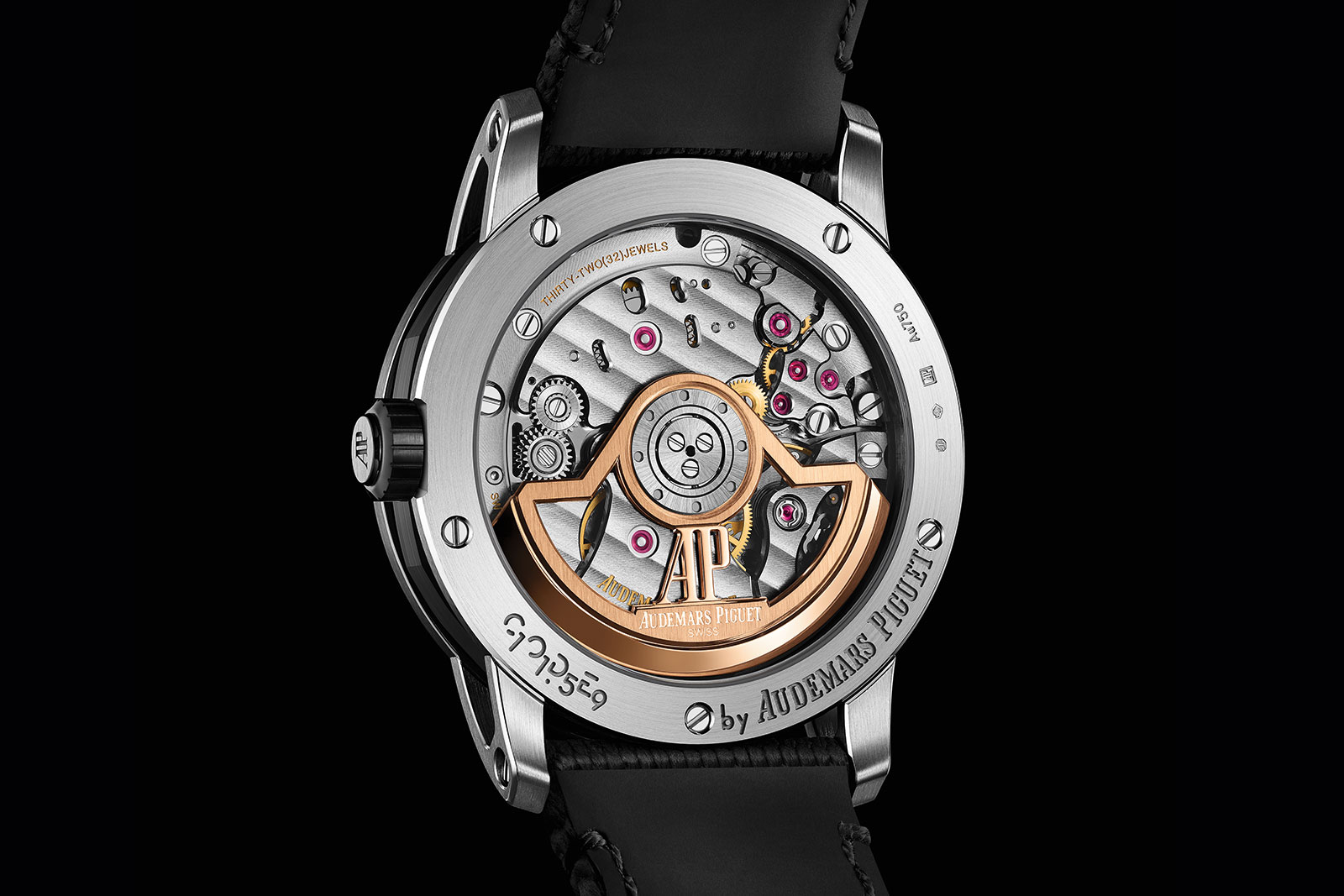