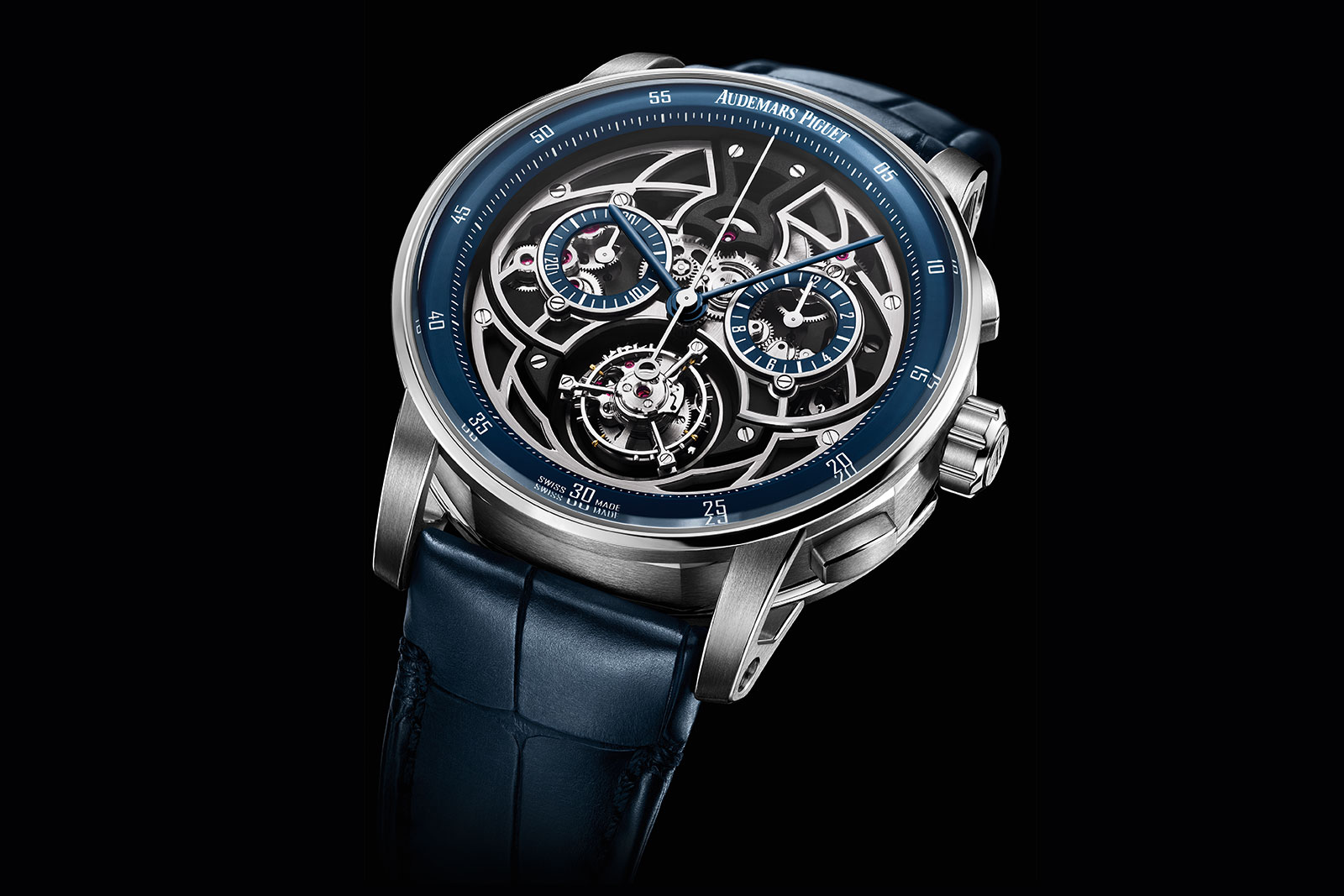 Last year’s debut of the Code 11.59 by Audemars Piguet was widely panned, with with most of the criticism centred on the dial that was widely regarded to be flat. That left the highlight of the new model to go unnoticed – a new case made up of an intriguing blend of geometric forms and intricate edges. 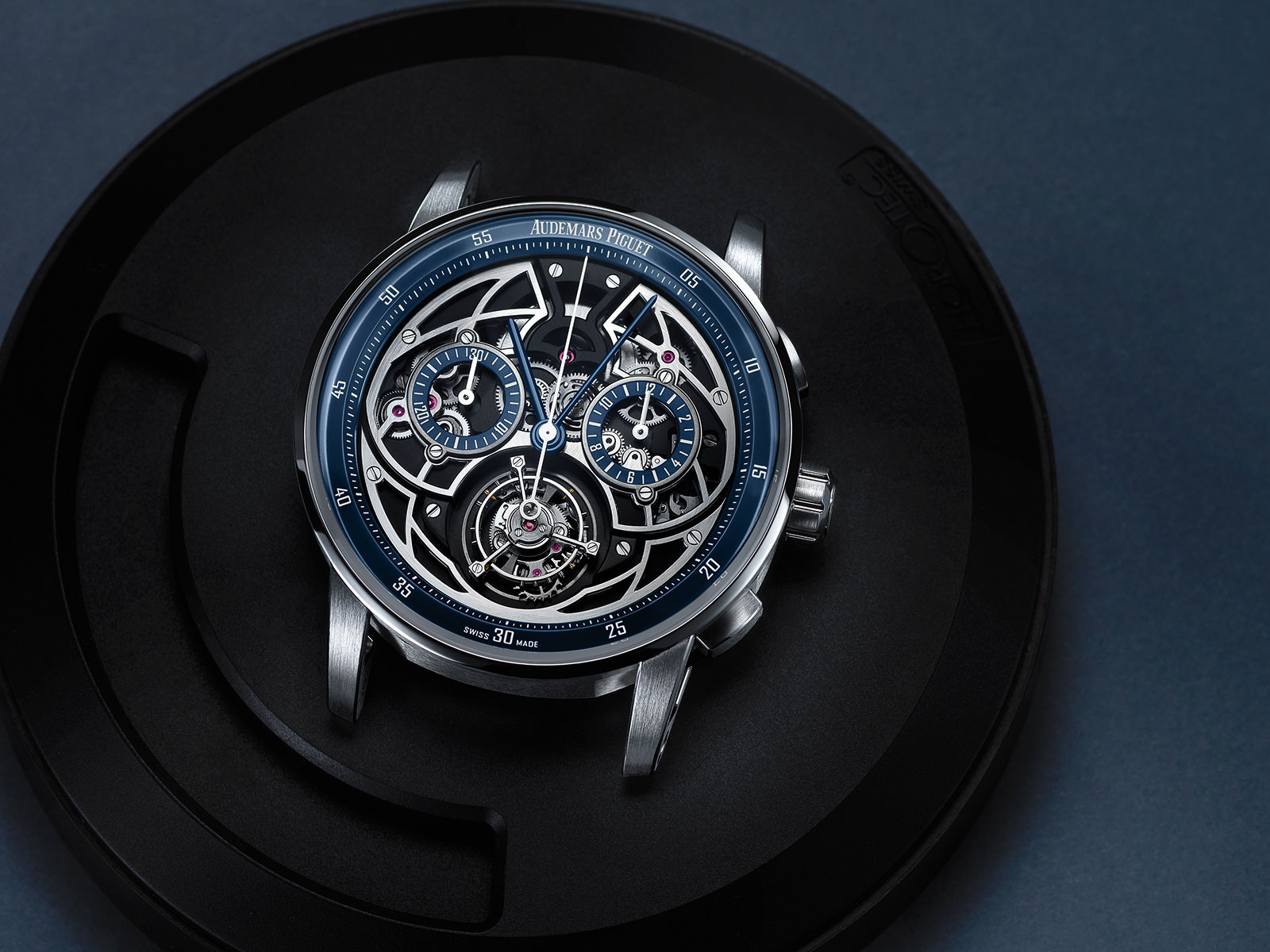 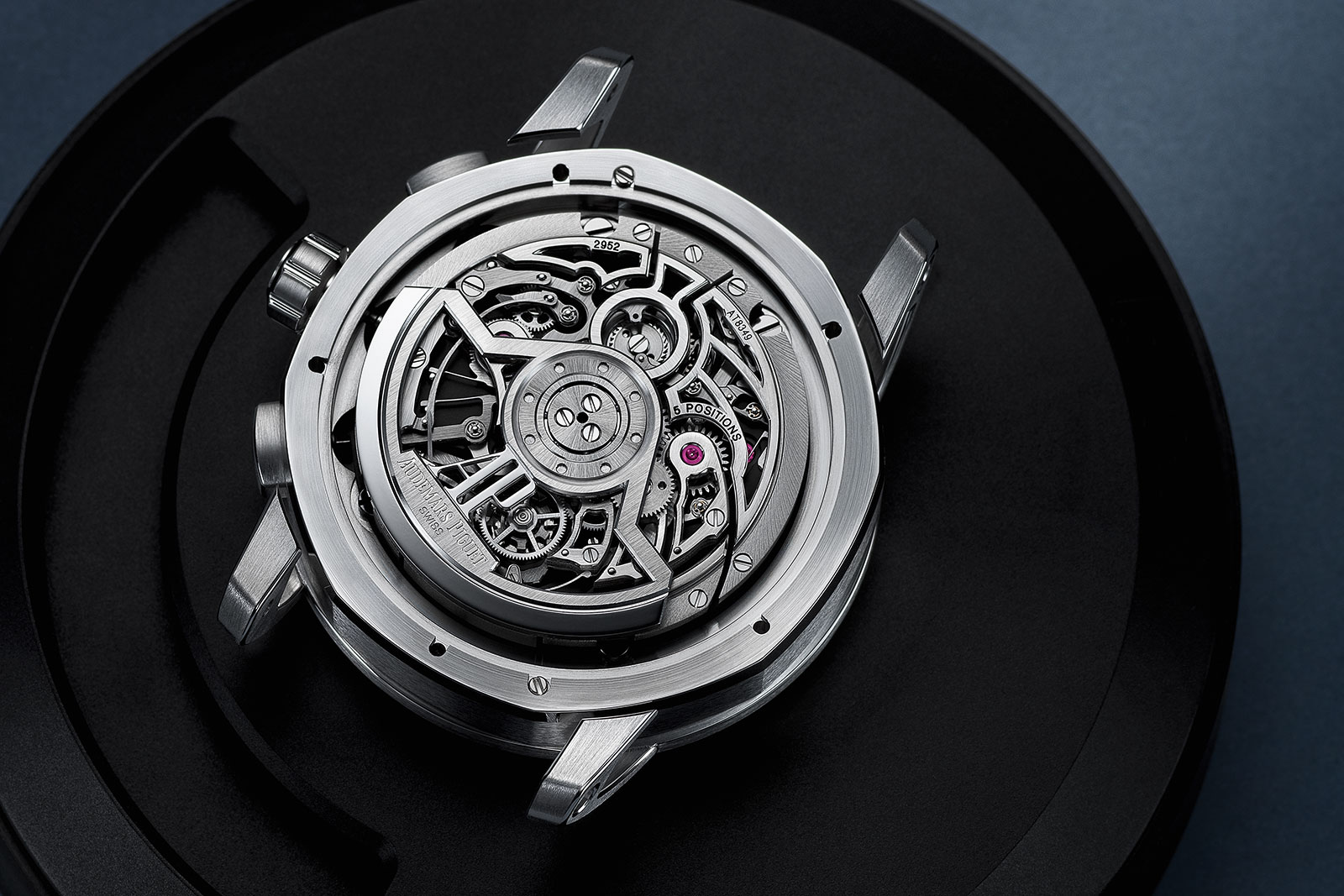 Audemars Piguet did well in combining two classical complications – a flyback chronograph and flying tourbillon – in a surprisingly contemporary and slightly sporty watch, which owes its looks to the complementary movement and case design.

The skeletonised movement echoes the clean, angular lines of the case and open-worked lugs. A newly-developed movement – and one seemingly designed from ground-up as a skeleton – the cal. 2952 is thoughtfully constructed with a neatly symmetrical layout. As important is the high-contrast finish that emphasises the skeletonisation, achieved with rhodium-plated bridges against a matte-black base plate. 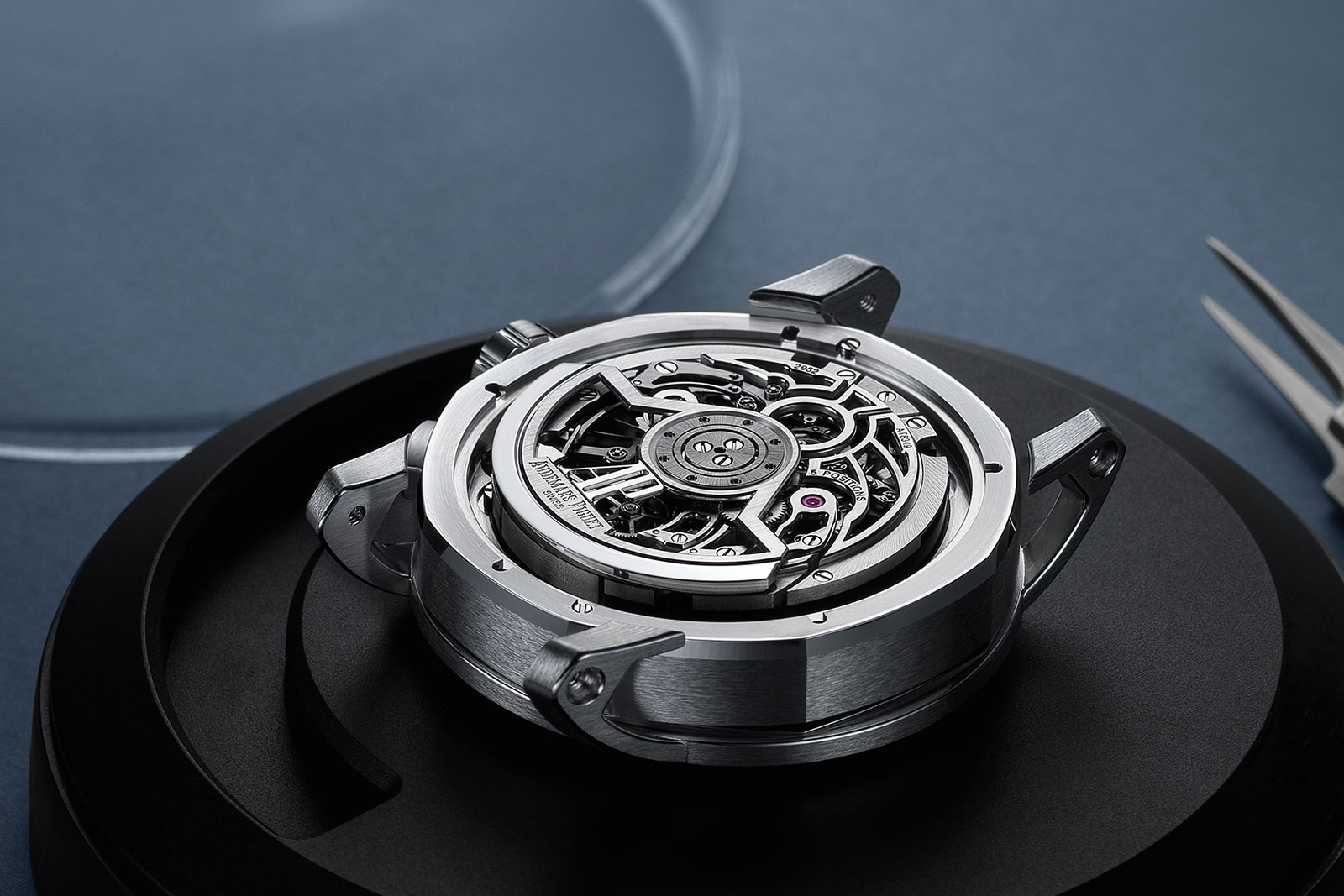 The styling of the watch addresses the key shortcoming of the original Code 11.59 – the plain dial – and allows the Code 11.59 to come into its own with a cohesive design. Though the Royal Oak has long overshadowed everything else Audemars Piguet does, the open-worked Code 11.59 – both this and other models – shows that the brand’s round watches can be modern and appealing.

And at 240,000 Swiss francs, the watch is priced fairly relative to the competition – arguably offering good value despite being expensive in absolute terms – offering a finely constructed and finished movement, with a notably novel design. 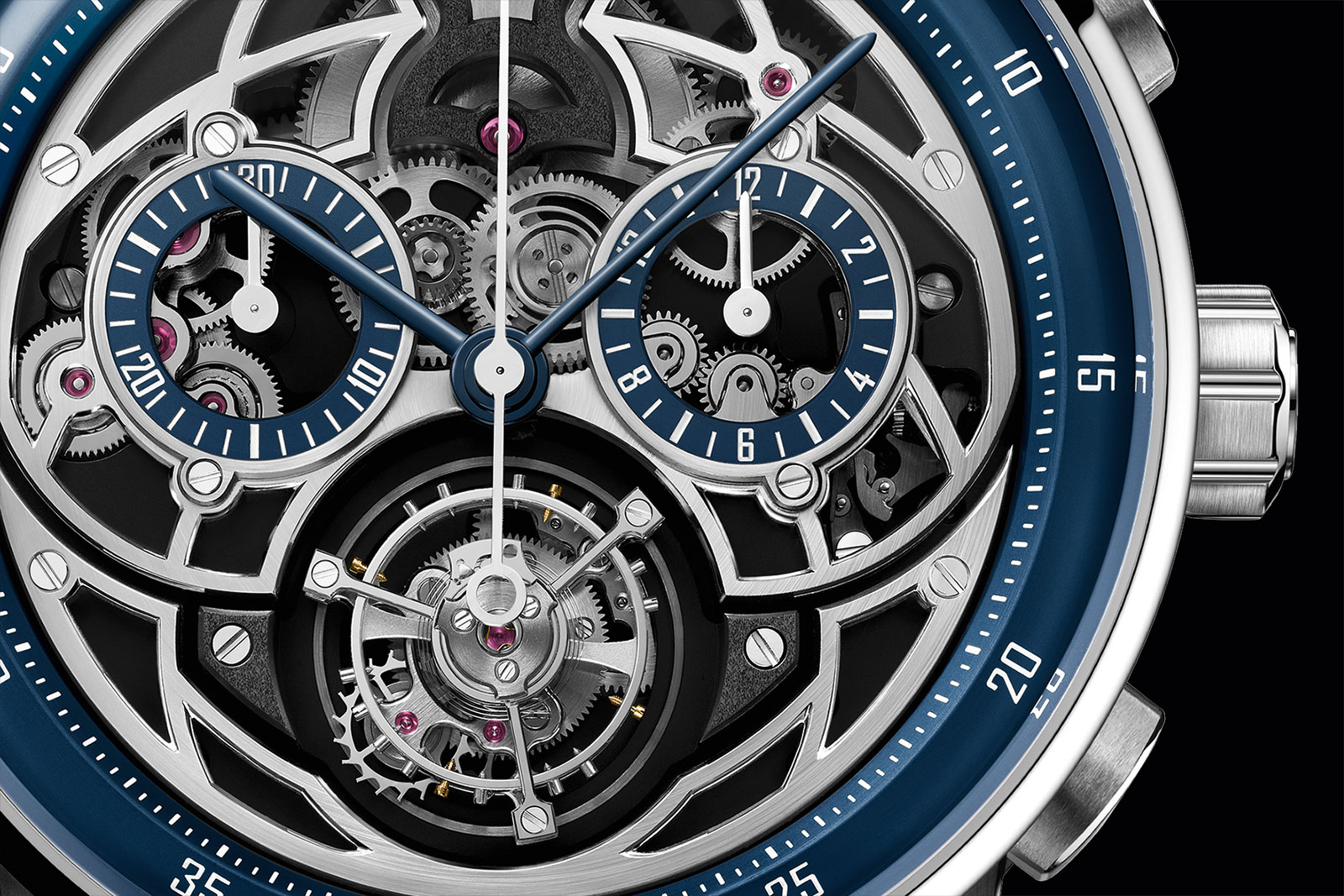 Attended inside and out

As with the Royal Oak, the Code 11.59 case smartly incorporates a high level of detail, namely polished facets and bevels, to create visual flair. This is most apparent with the open-worked lugs, but also on the octagonal case middle.

The watch is a largish 41 mm and fairly thick at a little under 14 mm high, though the size suits the modern look of the movement well. 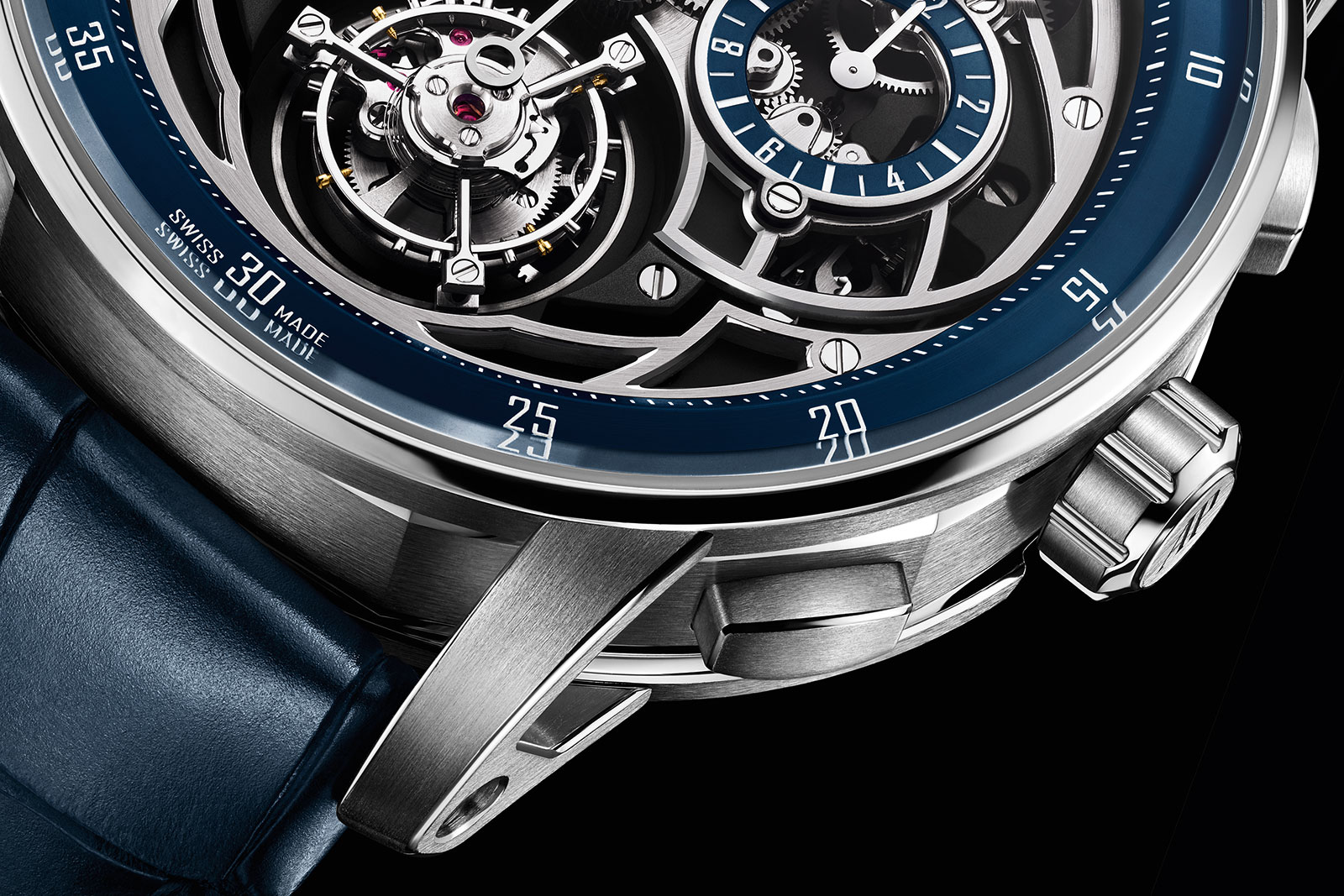 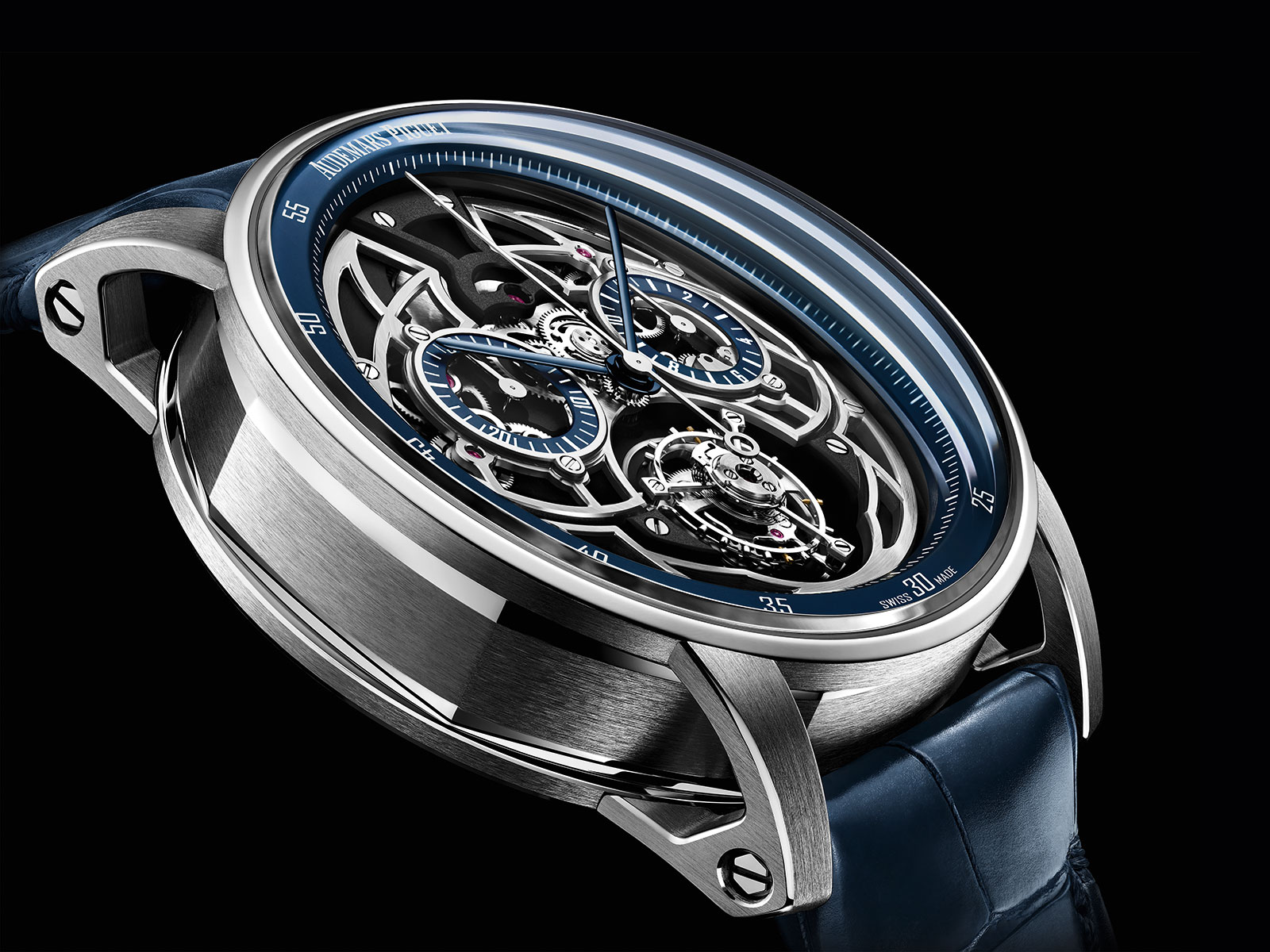 It is worth mentioning that although the cal. 2952 is new, it is related to the the automatic-tourbillon cal. 2950 and hand wind-tourbillon cal. 2948, both relatively recent movements created for the Code 11.59.

But the finishing within is also excellent. The cal. 2952 is constructed and styled like the case, especially visible bridges on the front that have straight graining on their faces and polished bevels on the edges. Although the forms of the bridges are aggressive and masculine due to the many sharp corners, they retain an element of grace due to their curves and slimness. 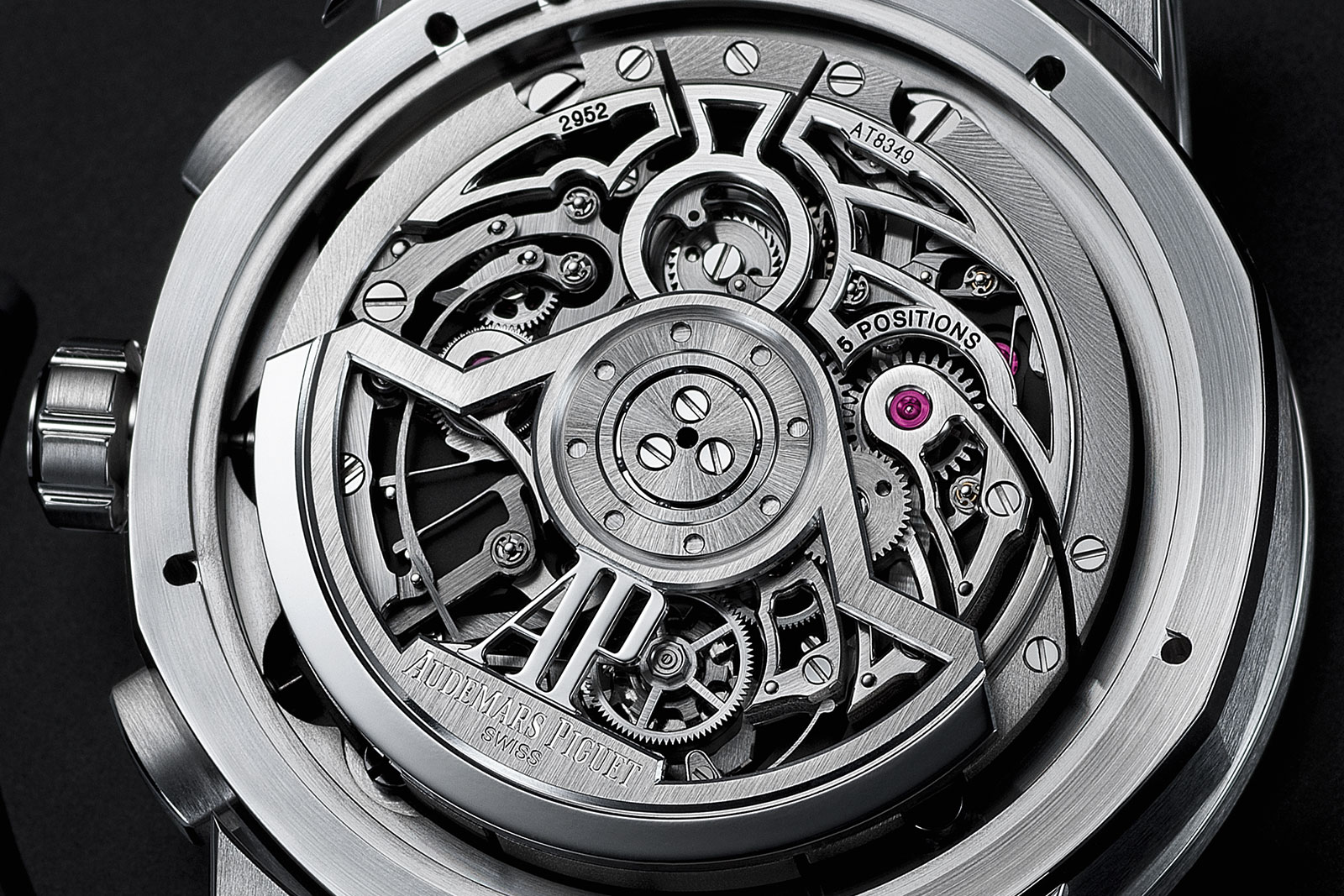 With almost all of the bridges skeletonised, the intersecting lines of the movement allow for many interior angles – a key element to show off artisanal finishing. And Audemars Piguet has capitalise on that with hand-finished anglage done the traditional way and finished with a soft wood from the Gentian tree. 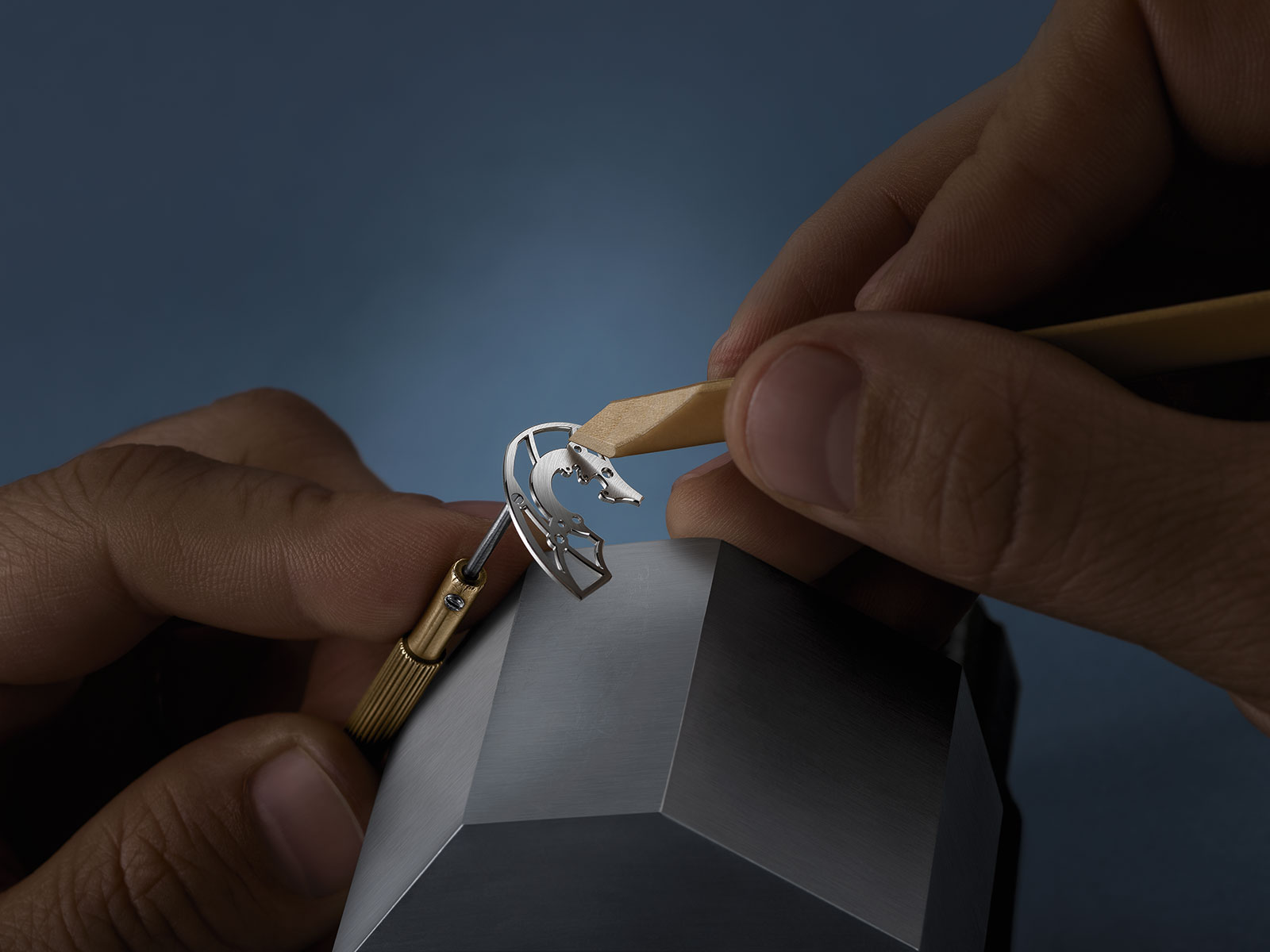