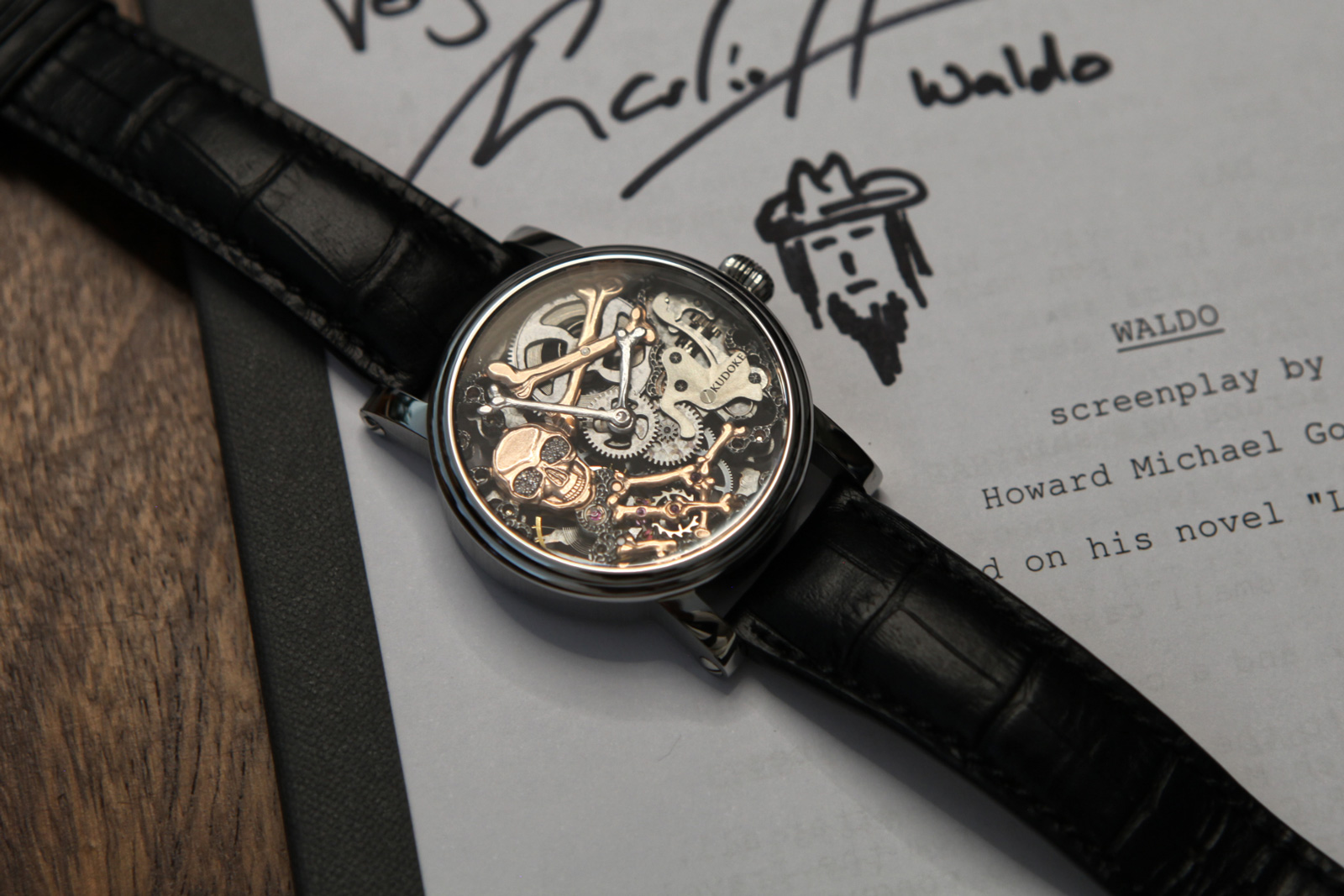 Seeing an Omega Seamaster in the latest James Bond is hardly a surprise. Independent watchmakers, however, rarely get the same Hollywood opportunities that deep-pocketed brands like Omega do. But tiny German watchmaker Kudoke managed to make it to the big screen without a well-funded marketing campaign.

This story starts with American novelist Howard Michael Gould, who released Last Looks in 2018. A mystery novel centred on a disgraced detective, Last Looks was on its way to the silver screen shortly after publication with Charlie Hunnam and Mel Gibson in starring roles. 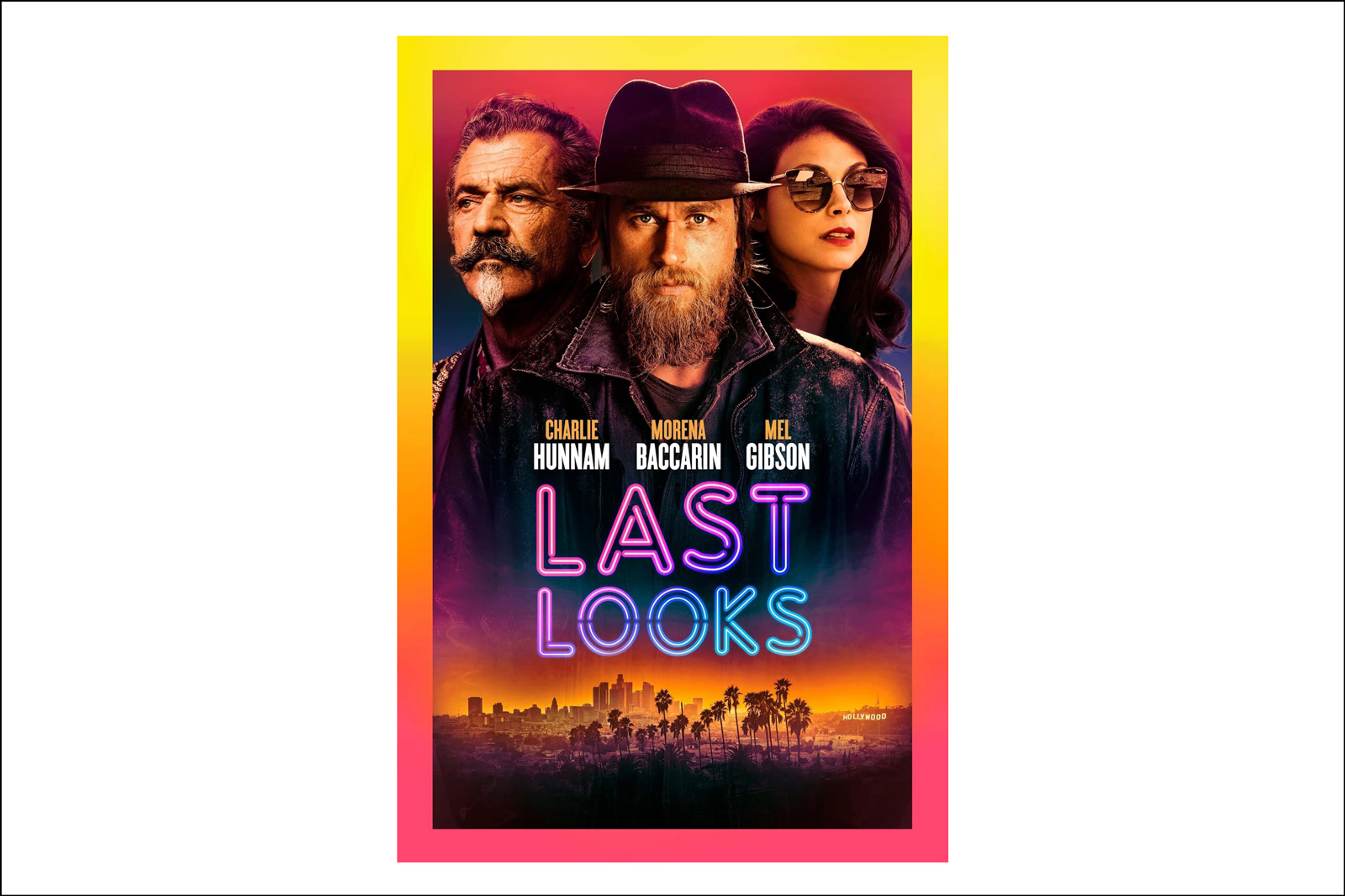 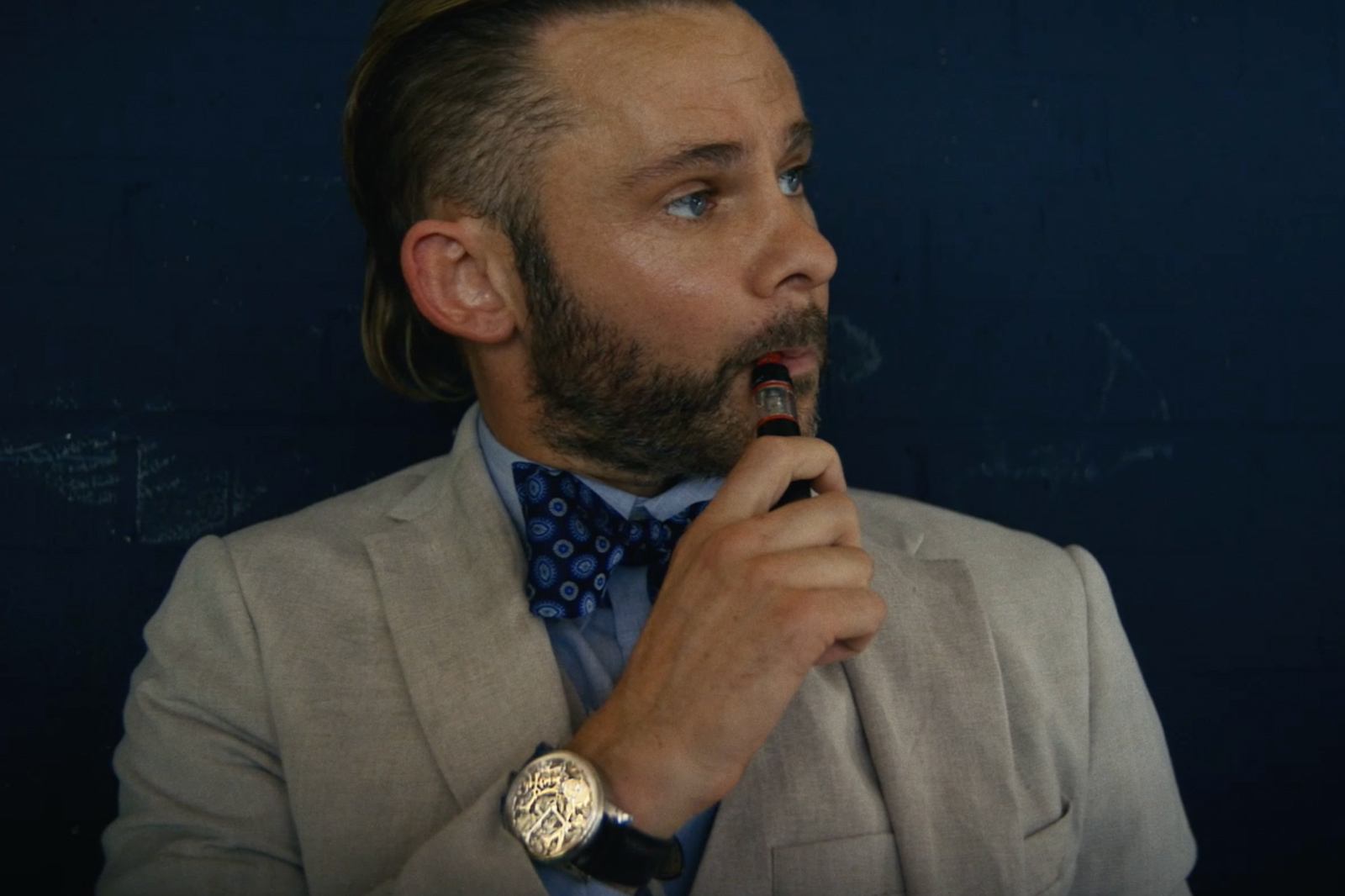 While the filming Last Looks, the producers reached out to the husband-and-wife team behind Kudoke, Ev and Stefan, for a watch to be worn in a movie without providing much details. According to Ev, the email from the producers initially seemed to be a random piece of spam. After all, most watches with prominent placements in films are the result of hefty advertising budgets.

But then Kudoke received another email with the same request from another sender. This piqued their interest but left Ev and Stefan wondering why any producer would choose a watch most of the audience would never recognise? 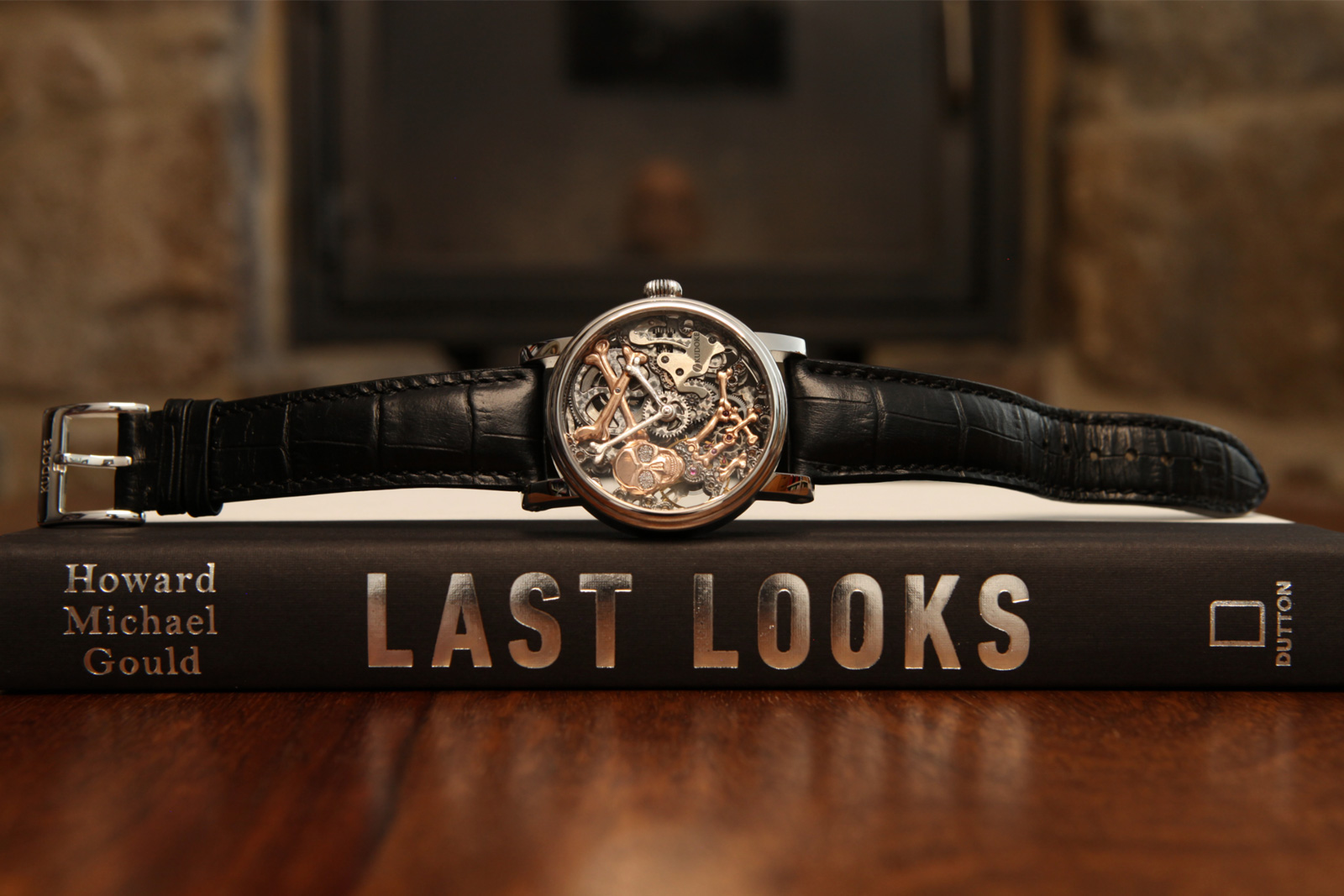 Soon enough, the Kudokes were sent excerpts of the script. To their surprise, the watch was not merely an accessory, but it was a central part of the plot, a crucial clue for solving the mystery in fact. The Kudokes naturally wanted to know why the watch was given such a prominent role, and as it turned out, the novel was included a description of a Kudoke watch, specifically, a Kudoke Real Skeleton is mentioned on page 50.

The Kudokes then contacted the author, Mr Gould, who responded: “When I was researching the story, I knew that I wanted a unique and specific watch, to use as an important clue. I searched on the internet, and was struck by the incredible beauty of your watches.” 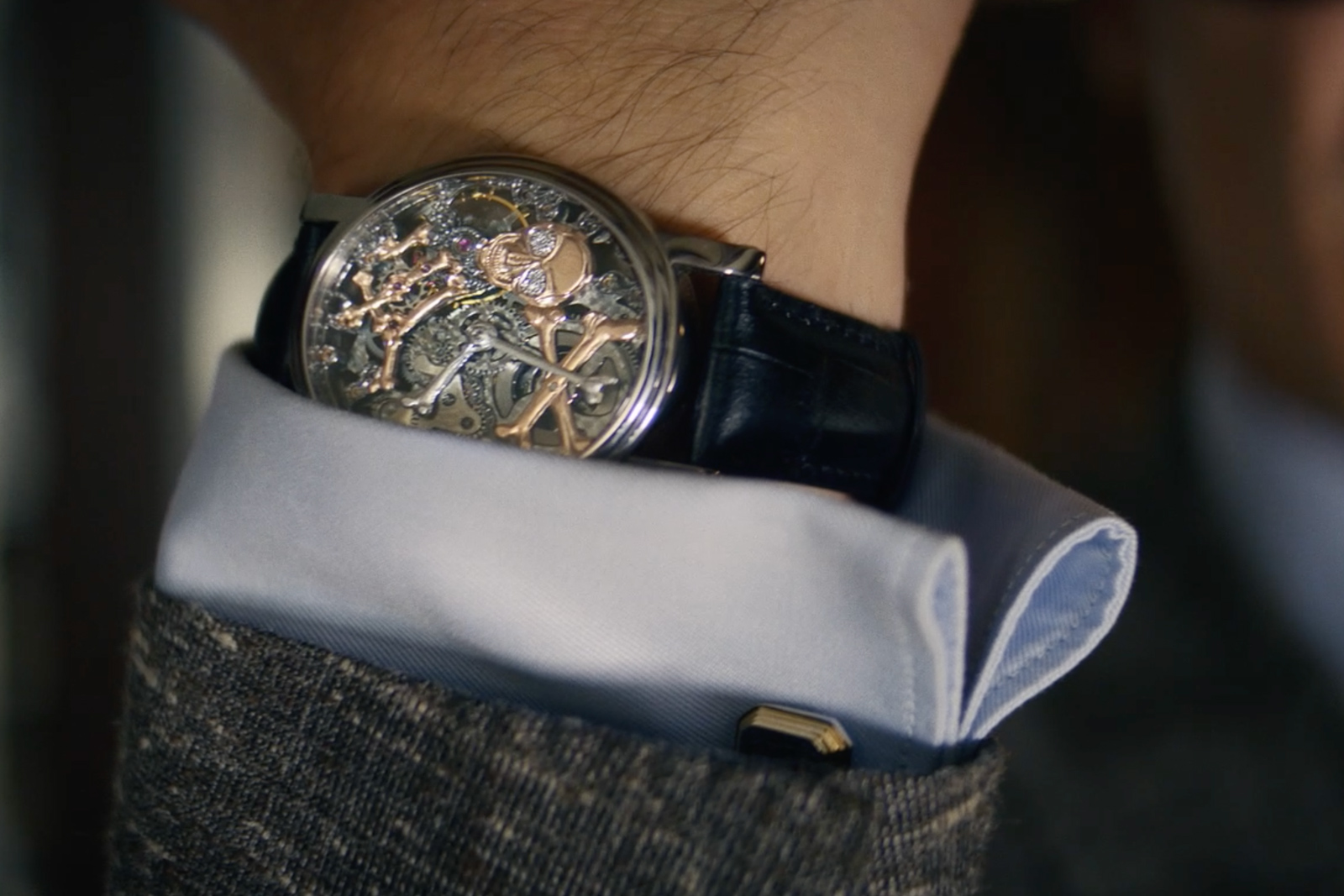 A scene from the film showing the watch

And so a Kudoke skeleton was dispatched to Atlanta where production was taking place. This was in the summer of 2019 and the movie was originally scheduled to be released in early 2020, but the pandemic postponed the premiere to February 2022.

The watch cast in Last Looks was a Kudoke Real Skeleton, a watch representative of the brand’s earlier works that mostly focused on elaborate skeletonisation and engraving.

The Real Skeleton was conceived as a memento mori, explaining the skulls and bones theme. The movement is based on an ETA Unitas 6498, but heavily reworked. Almost all bridges have been replaced with meticulously open-worked bone-shaped bridges. And on the front is a golden skull with two diamonds set into the eyes. 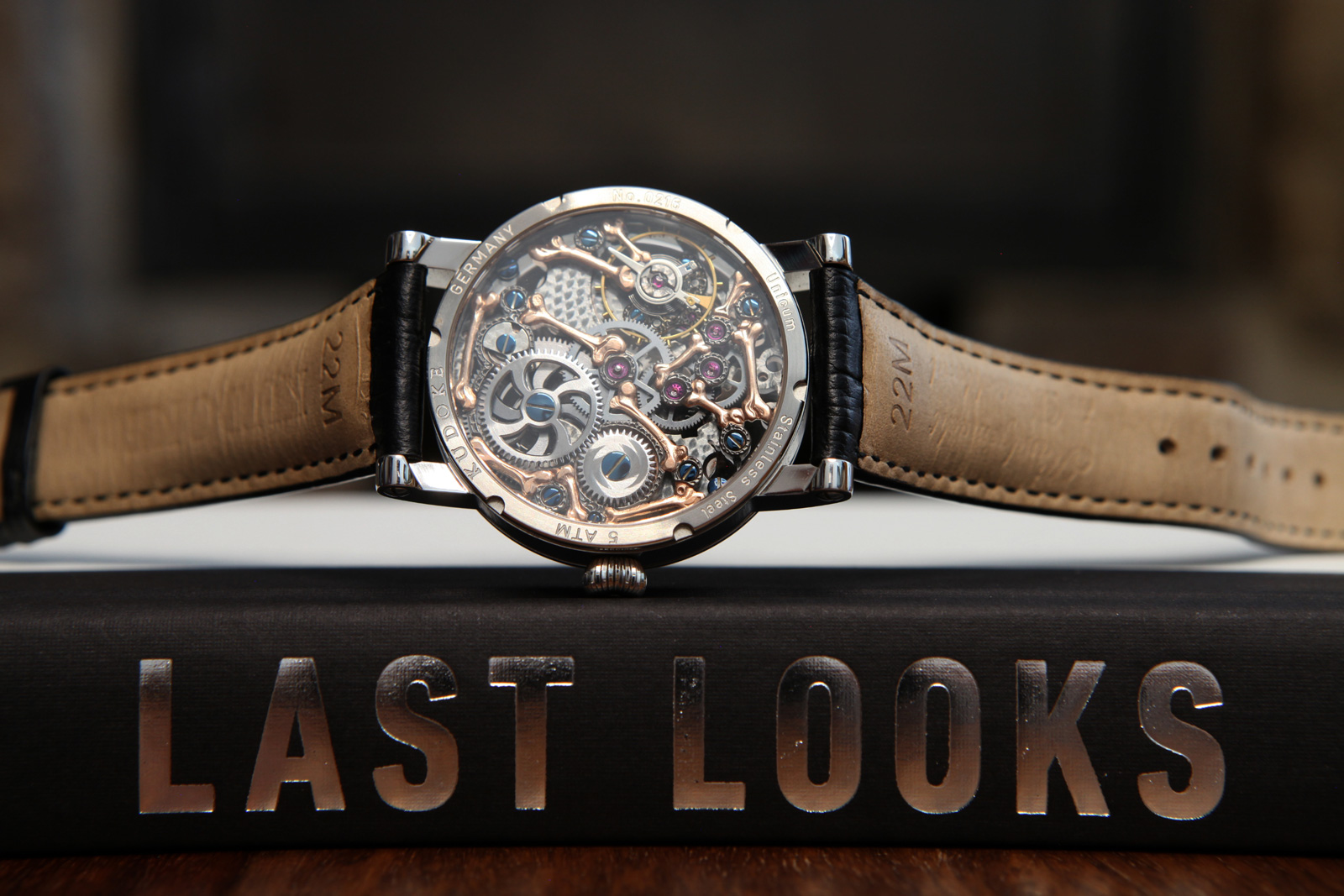 On the block for a good cause

Once filming wrapped, the Real Skeleton was returned to Kudoke. But Ev and Stefan decided to do some good with it. They contact Mr Gould to propose selling the watch to benefit charity and the author agreed. Both Mr Gould and the film’s star Mr Hunnam signed copies of the script and novel to accompany the watch. 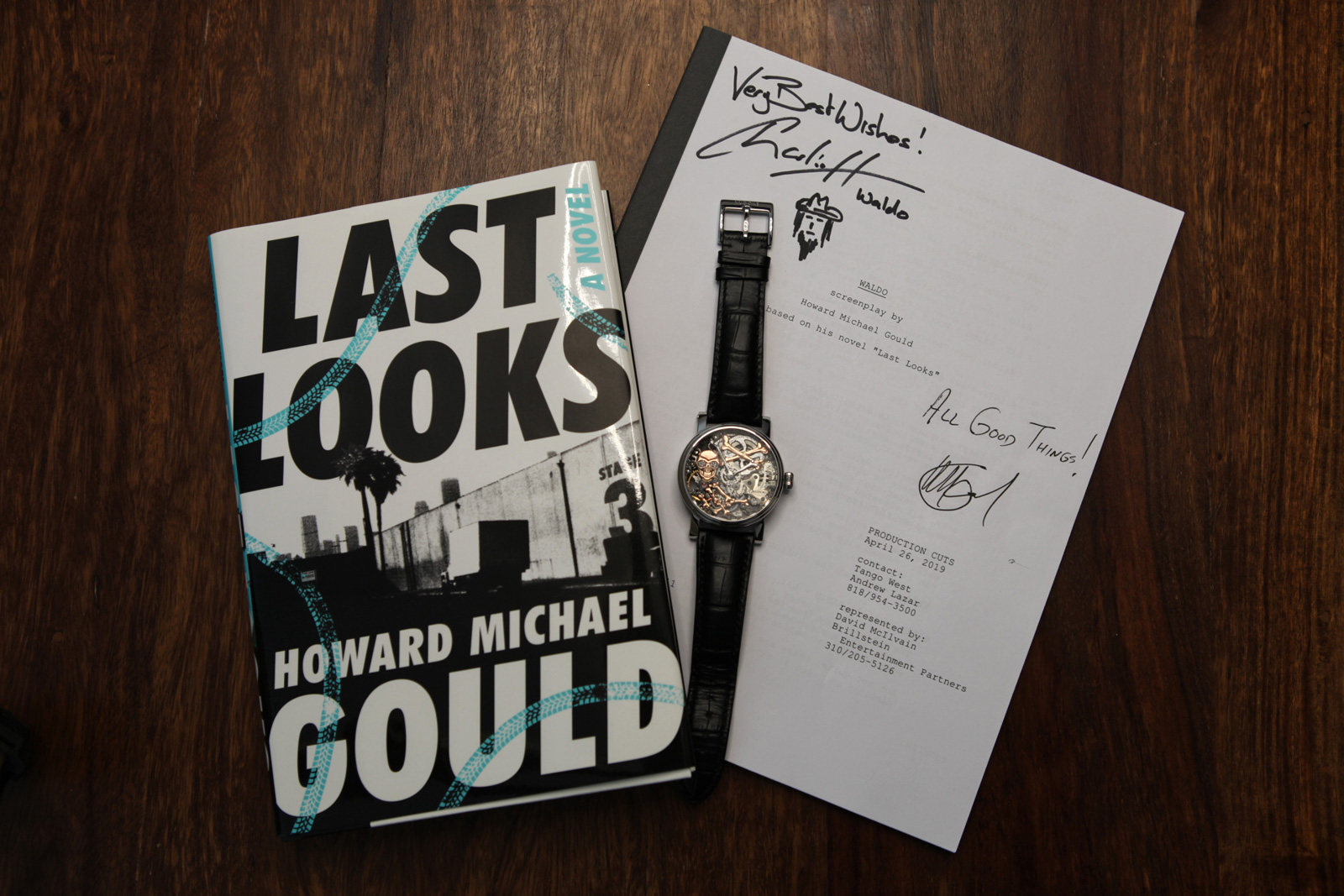 The Real Skeleton worn in Last Looks as well as the signed book and script will be sold at Phillips’ New York watch auction taking place on December 10.

All proceeds from the sale will go to reforestation projects in the Kudoke’s native Germany. Amongst other reasons, the cause was chosen because Mr Hunnam played Charlie Waldo in the film, echoing the German word for forest, wald. And the cause is also personal for the Kudokes, as the lushly forested region where they are based has been hit by both drought and pests in recent years.

To register for the auction and bid on the Real Skeleton, please visit Phillips.com.