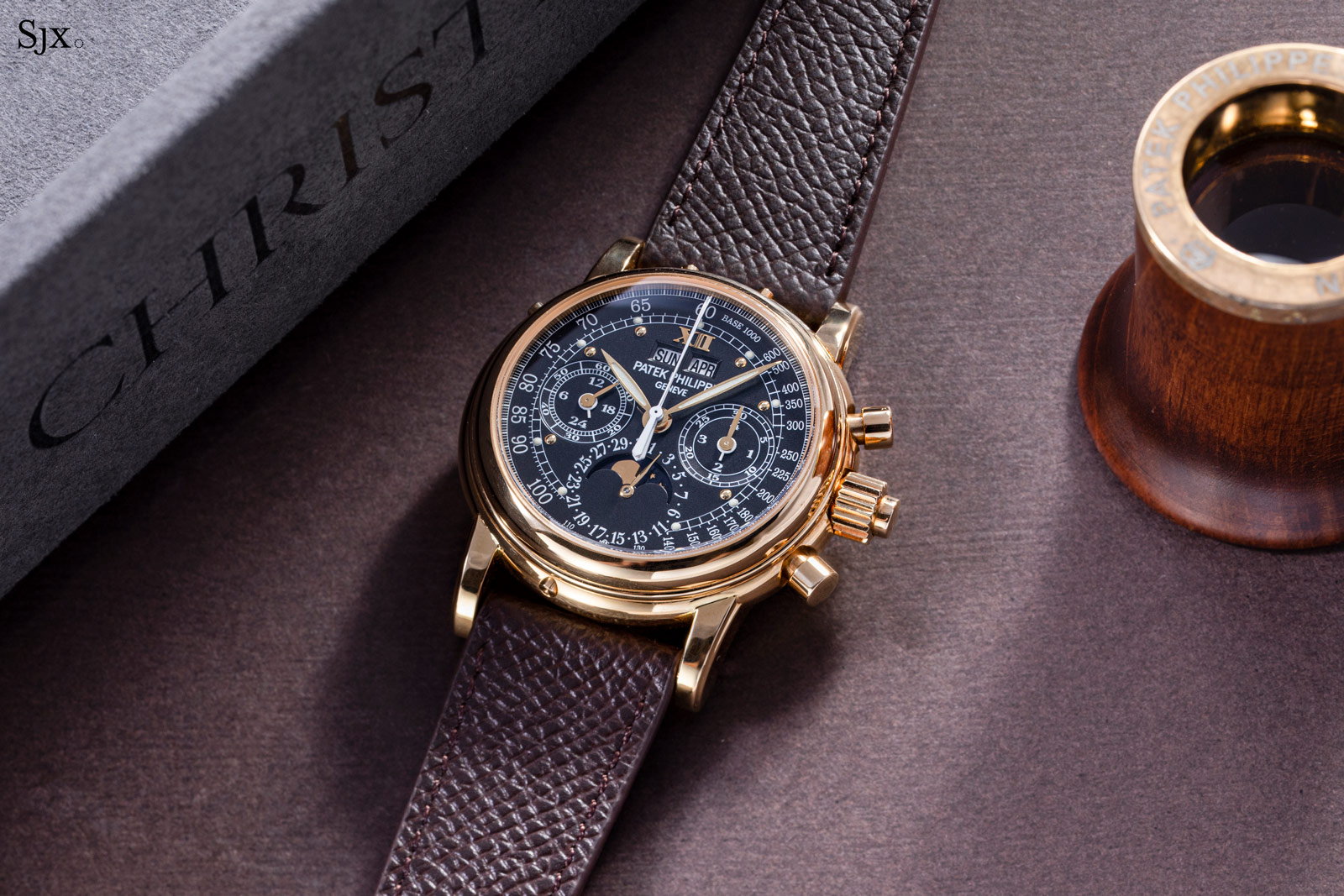 Going on the block at Christie’s upcoming Hong Kong auction is the Patek Philippe ref. 5004J “Michael Ovitz”. It’s lot 2520 and one of the watches from The Triazza Collection, an impressive accumulation of watches owned by a prominent Hong Kong businessman. 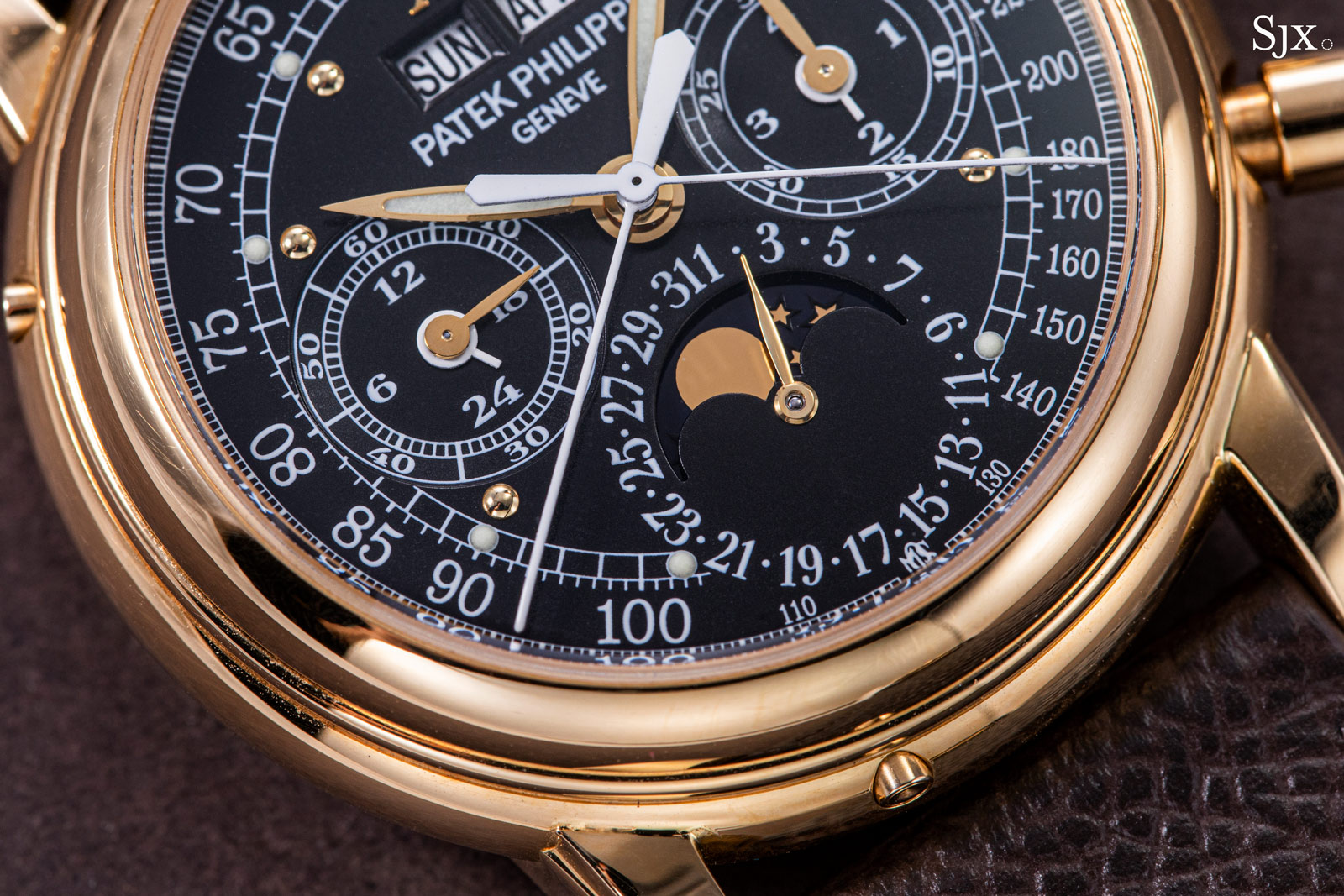 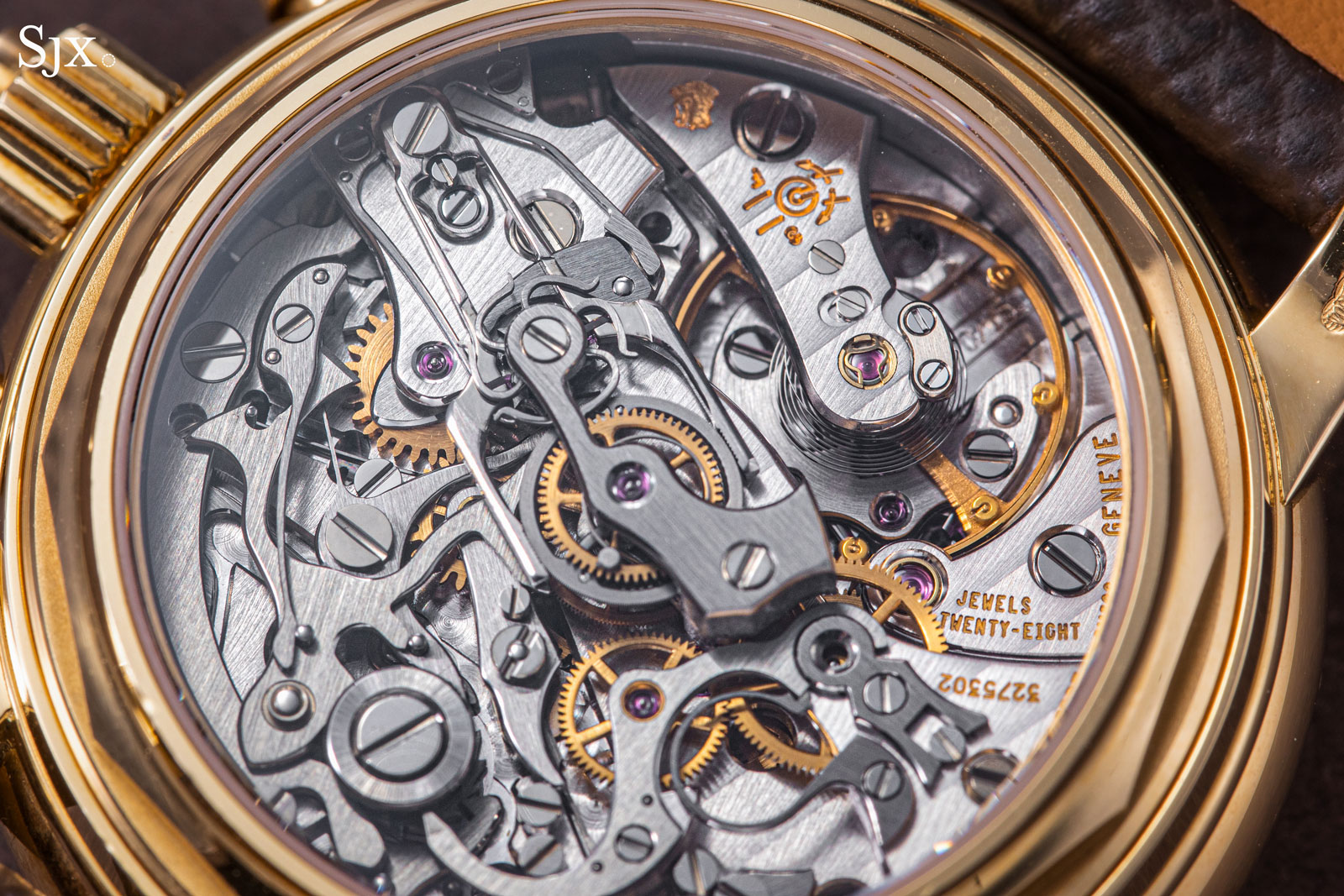 The “MSO” initials on this ref. 5004J instantly reveal it was one of the many, I would two dozen at least, special-order watches that Patek Philippe made for Michael Ovitz starting in 2011.

Often described as a “super agent”, Mr Ovitz cofounded Creative Artists Agency (CAA), once the dominant talent agency in Hollywood. After a short-lived spell at Disney, he’s now known for his impressive art collection, some of which is on show in his equally impressive home in California. 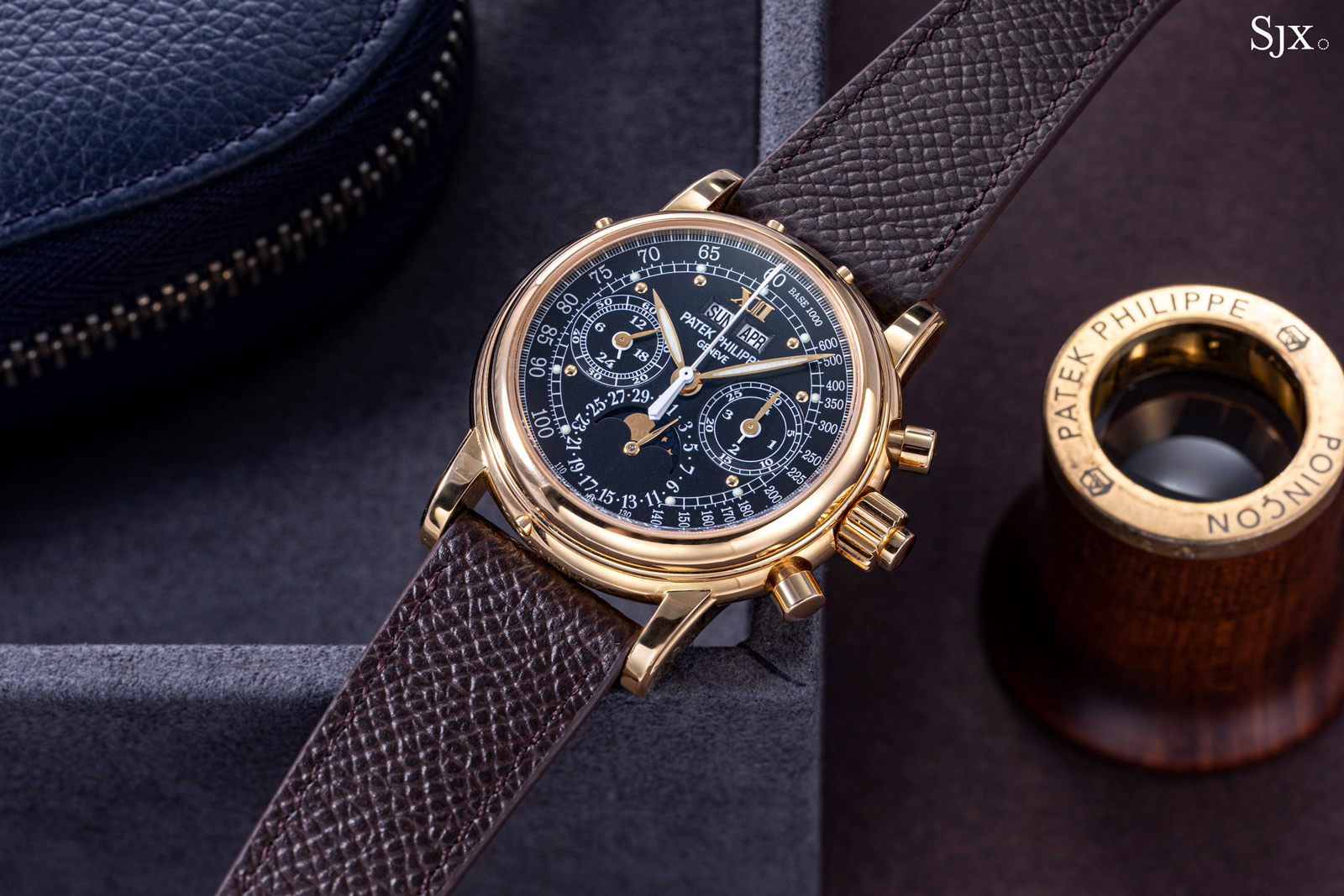 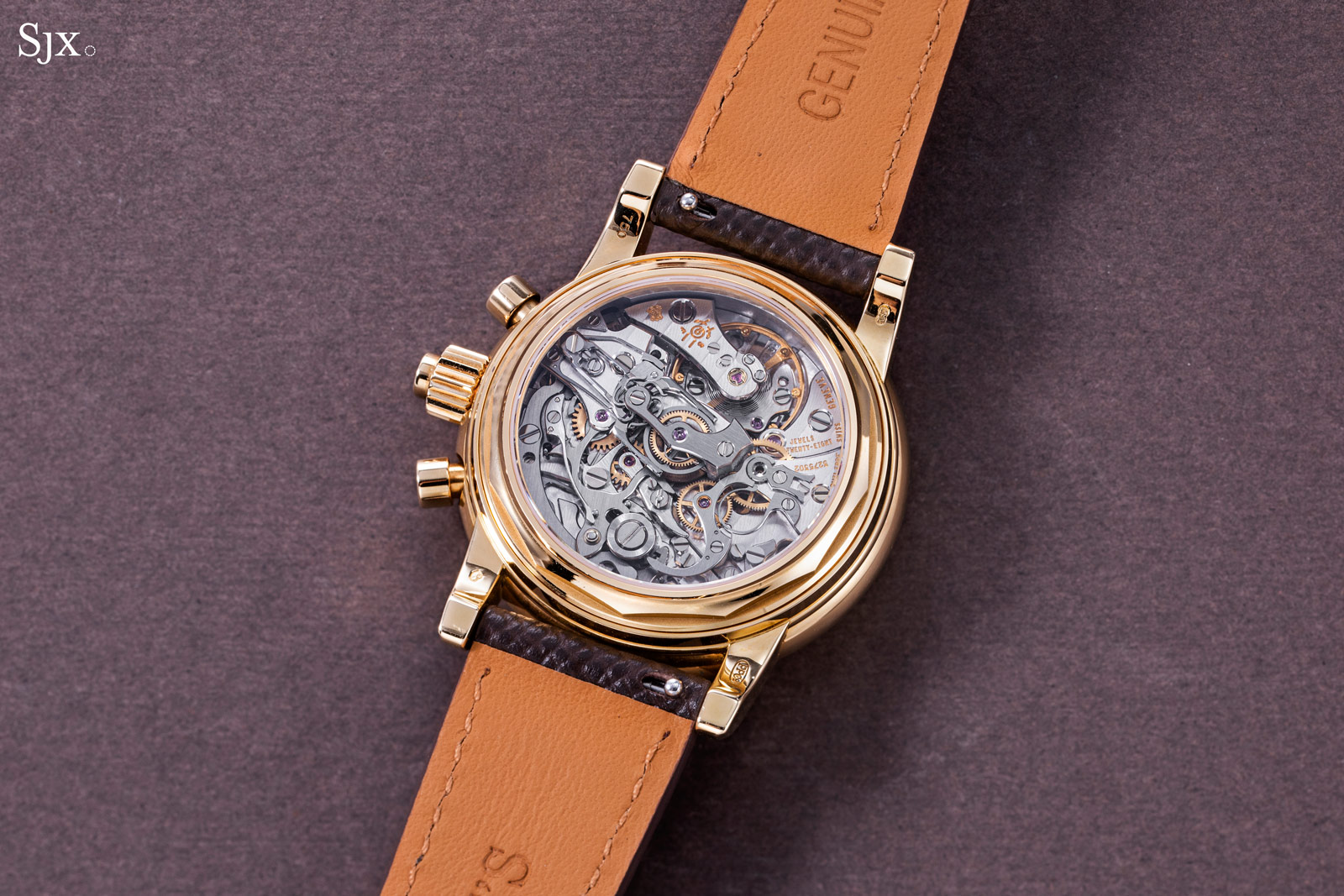 Though the reason behind Patek Philippe’s accommodation of Mr Ovitz is not publicly known, industry lore has it that the watches were an expression of gratitude by the Sterns after Mr Ovitz assisted them in a significant way. Mr Ovitz has only commented on these watches publicly once, in a 2021 article in Robb Report:

“It was the first time Ovitz, who has been collecting for 35 years, placed a bespoke order, but his goal was ambitious: He requested several different references, each in a variety of metals, with one-of-a-kind dials.

His regret is not foreseeing two problems. The first was misunderstanding his own psychology: Too afraid he’d bang up his special treasures by wearing them, he never even took some of them out of the packaging.

‘My second mistake was that I didn’t ask them for an exclusive on the design,’ says Ovitz. ‘So I saw a lot of [Patek] watches showing up with my design, and I didn’t want that. I wanted unique pieces.’

Ovitz’s response has been to part company with some of the Pateks, recognizable for his ‘MSO’ initials discreetly placed at six o’clock.” 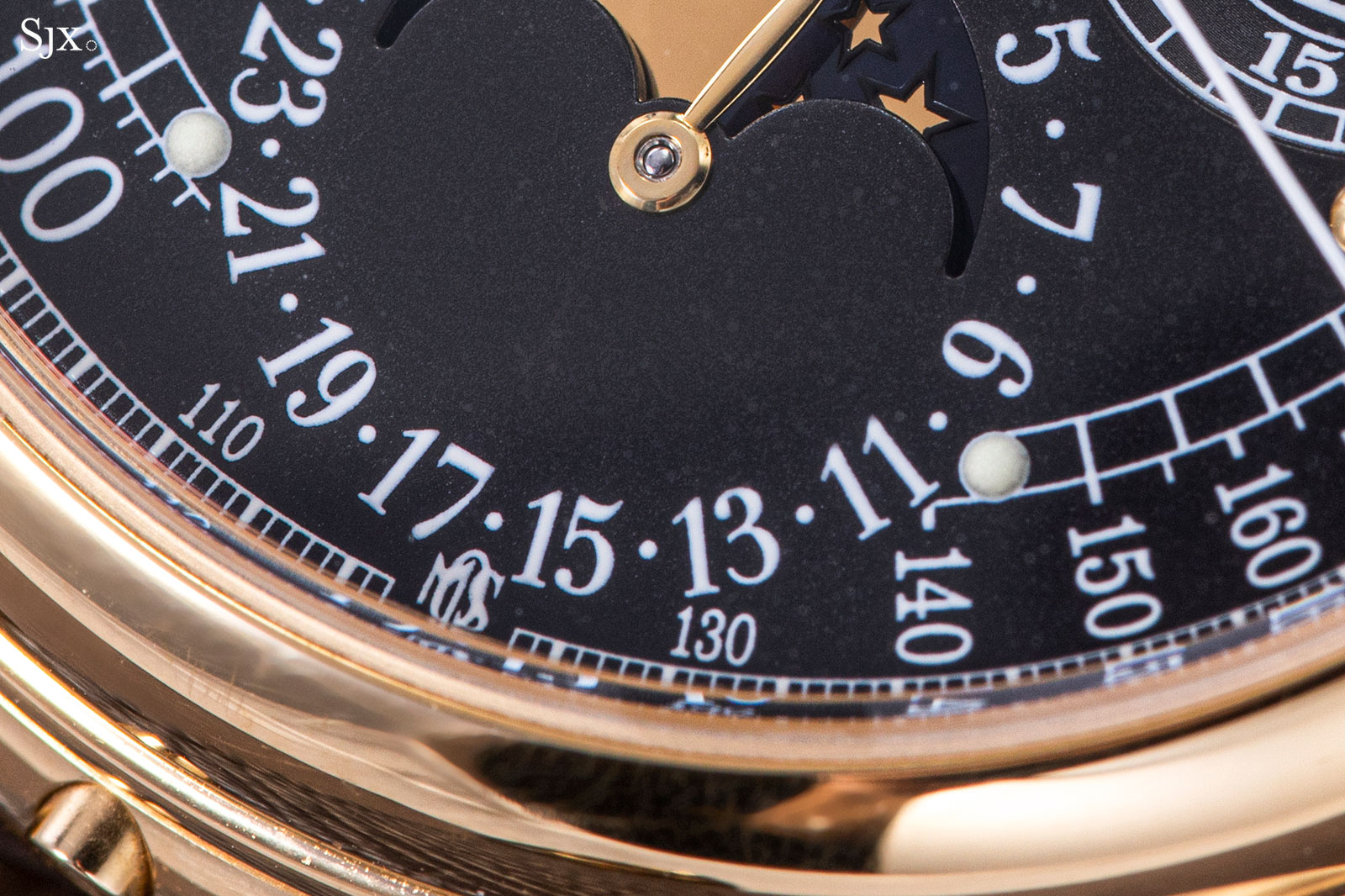 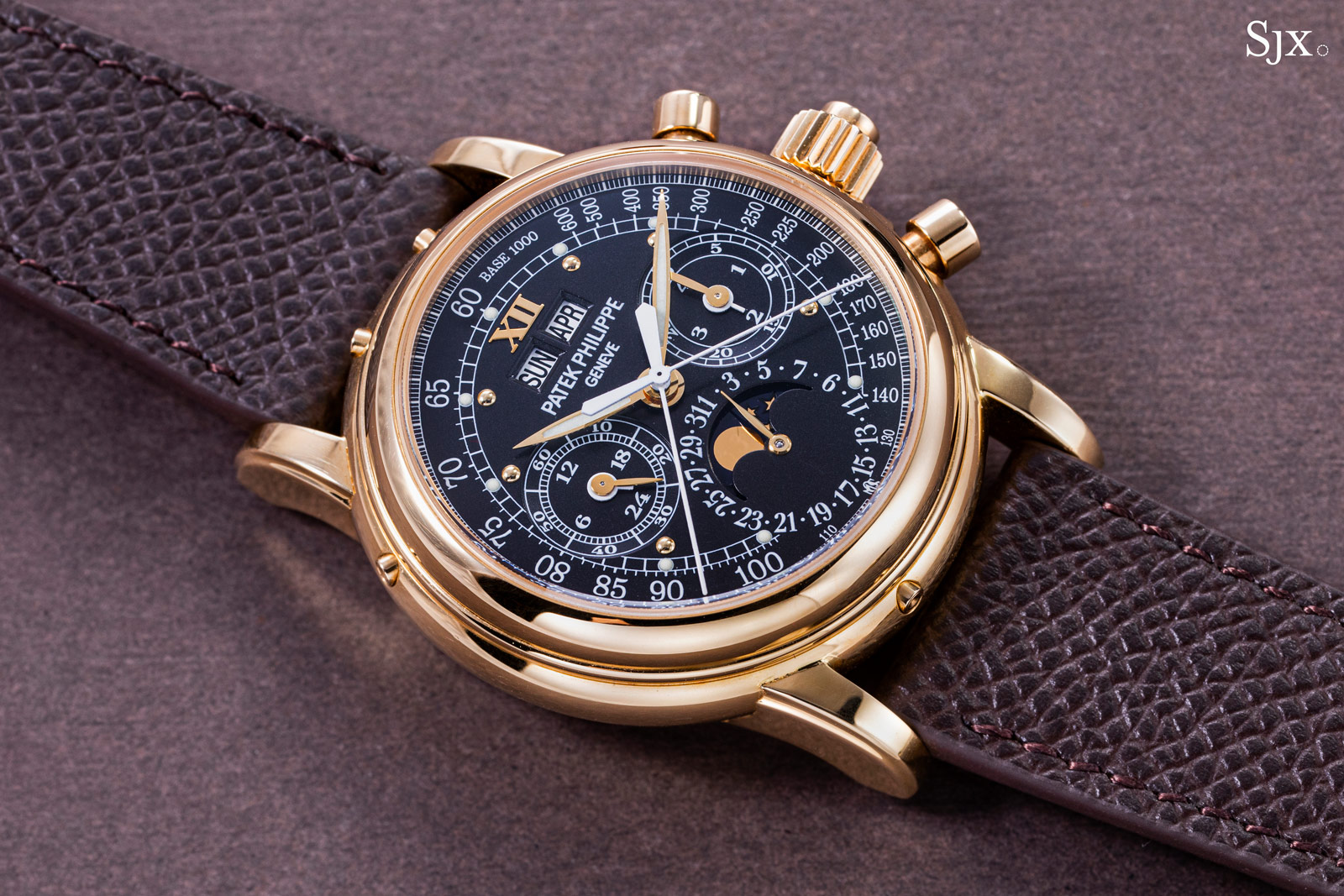 This is actually the second time I was looking at this exact watch; the first time was when it was sold at Phillips in 2018. It was one of the highlights of the 2018 sale for me, and four years later it remains a highly appealing watch. It is a good looking watch in black and gold, a high-contrast combination that isn’t novel but instantly striking and usually attractive. 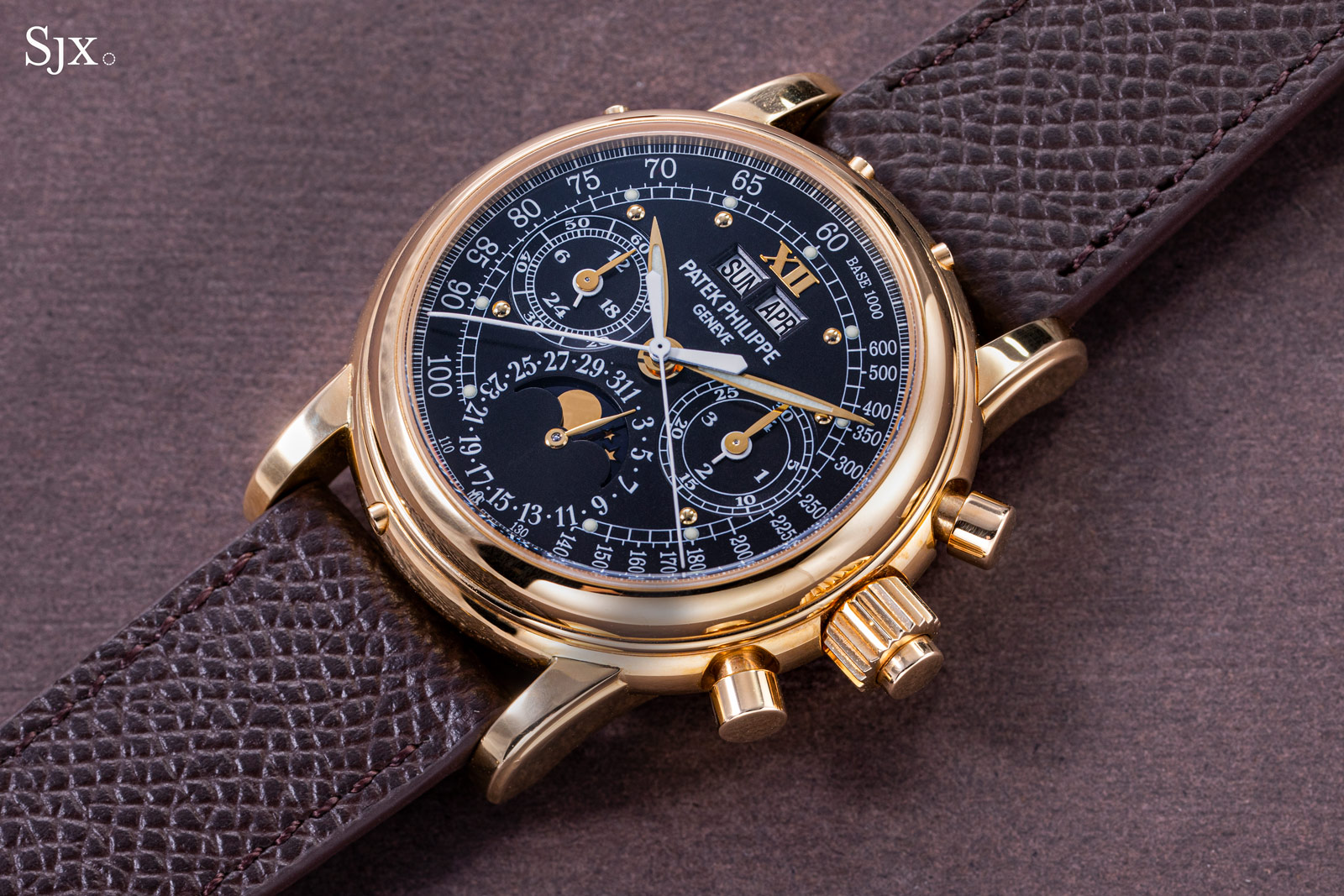 As with most special-order Patek Philippe watches, this ref. 5004J is only set apart by its dial, which has a lot going on. Although the dial is crowded to the point that almost every available space has been filled, the design manages to have enough clarity that it works well, both in terms of visual appeal and legibility. The dial differs from the dial of the standard model in almost all respects. For one, it has a tachymeter on its periphery, instead of a plain seconds track on the standard dial. And it has another hallmark of special-order ref. 5004s that frequently have the 12 o’clock marker as either a Roman “XII” or Breguet numeral. 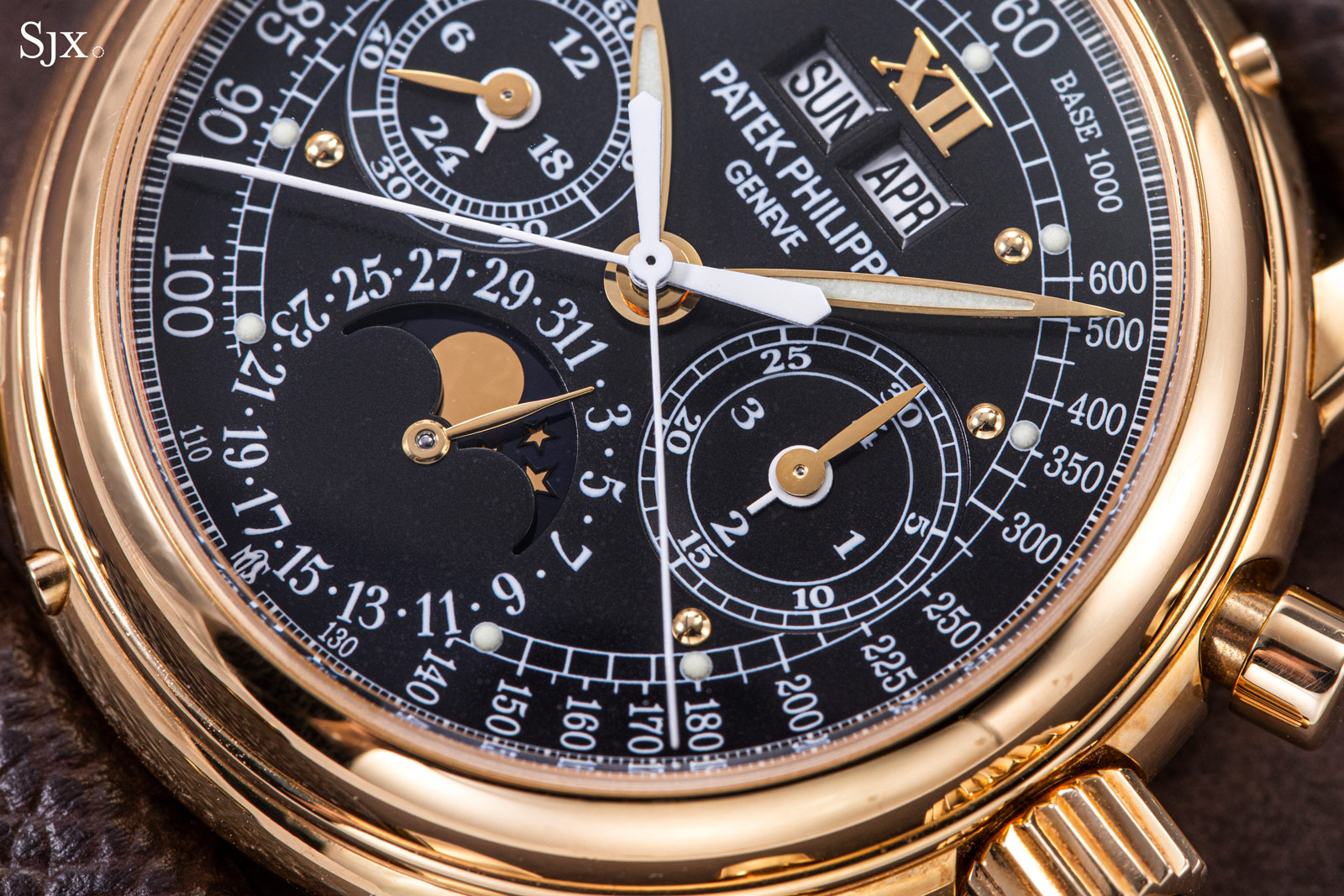 Intriguingly, the dial also has double dot markers. The hour markers are gold spheres, while the minute scale has round luminous markers every five minutes. While that might seem redundant, it somehow works well here.

The reason for the luminous dots on the minute track are presumably to match the luminous hands, but probably also done to distinguish the “MSO” edition of the model from the similar ref. 5004s done for Eric Clapton. 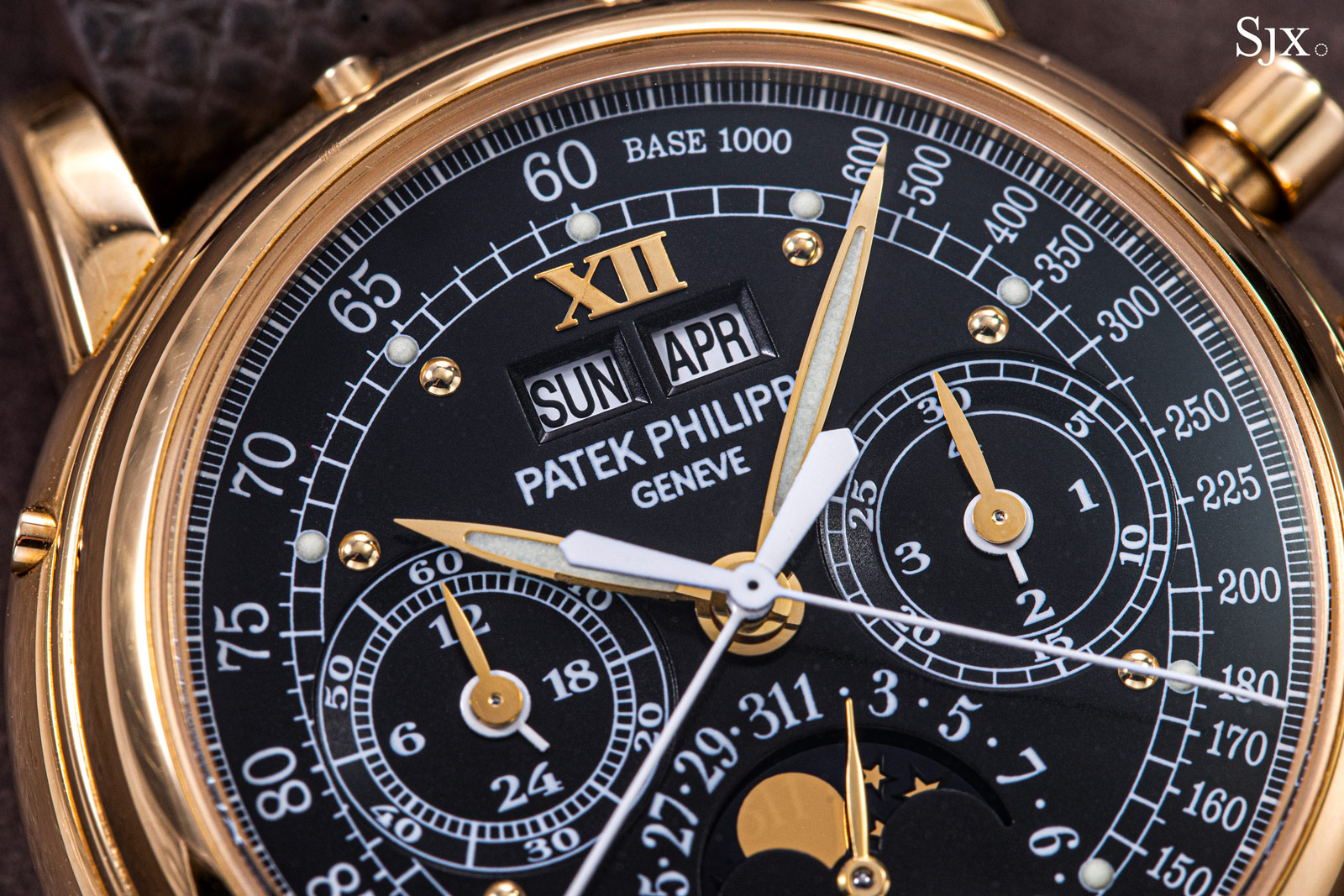 Dial aside, the rest of the watch is identical to the standard model.

The case consequently retains the same dimensions, which means it is small and very thick. The case is a little over 36 mm in diameter but almost 15 mm tall, a necessity to accommodate the height of the split-seconds mechanism. 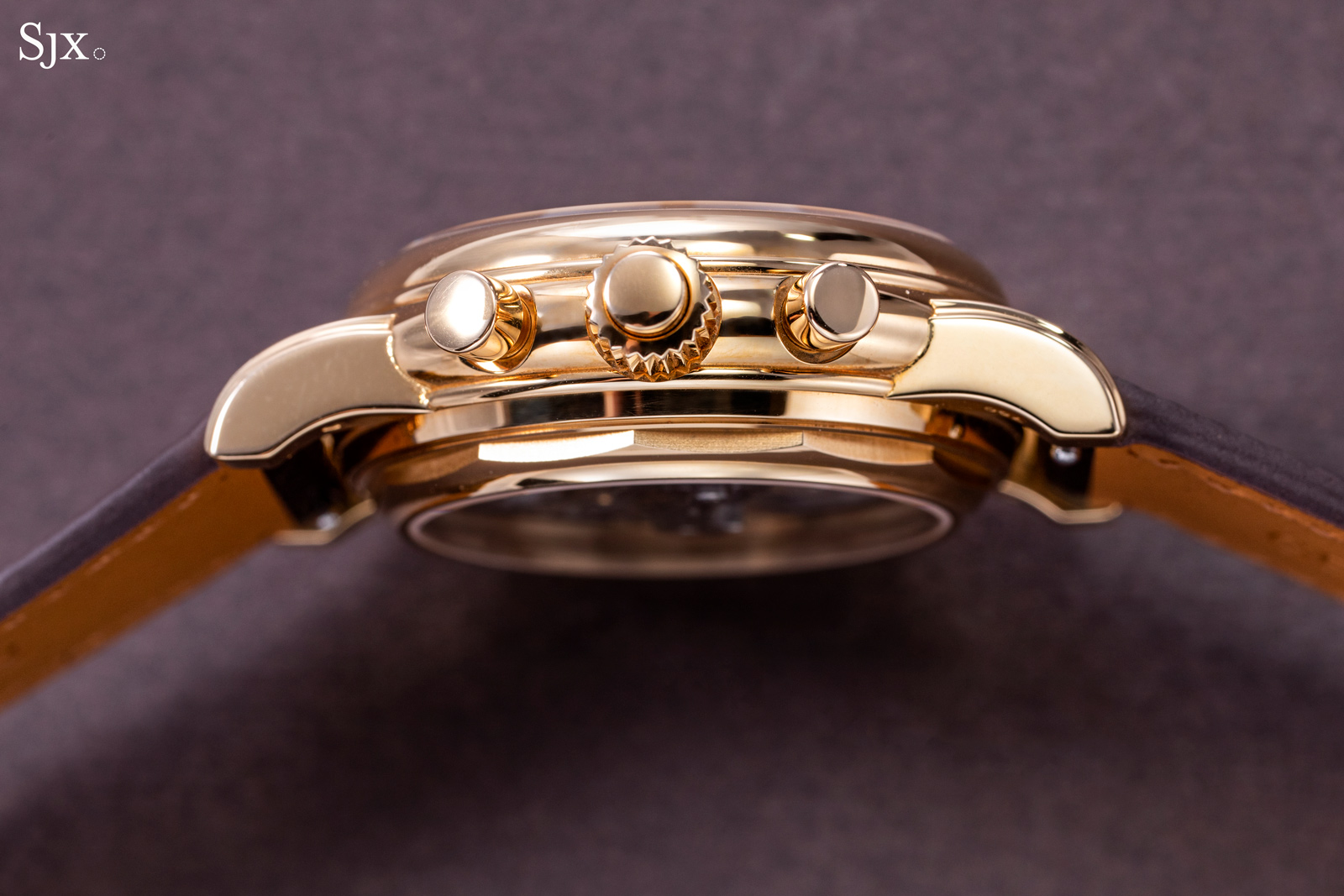 And of course the movement is the CHR 27-70 Q, the manual-wind calibre based on the Lemania 2310. Because the split-seconds mechanism was an add-on to the base movement, the calibre never had neither the robustness nor reliability of its successor, which is an in-house movement developed to accommodate a split-seconds from the very beginning. But the CHR 27-70 Q has its fans, largely because it is no longer available, making it something of a historical artefact. 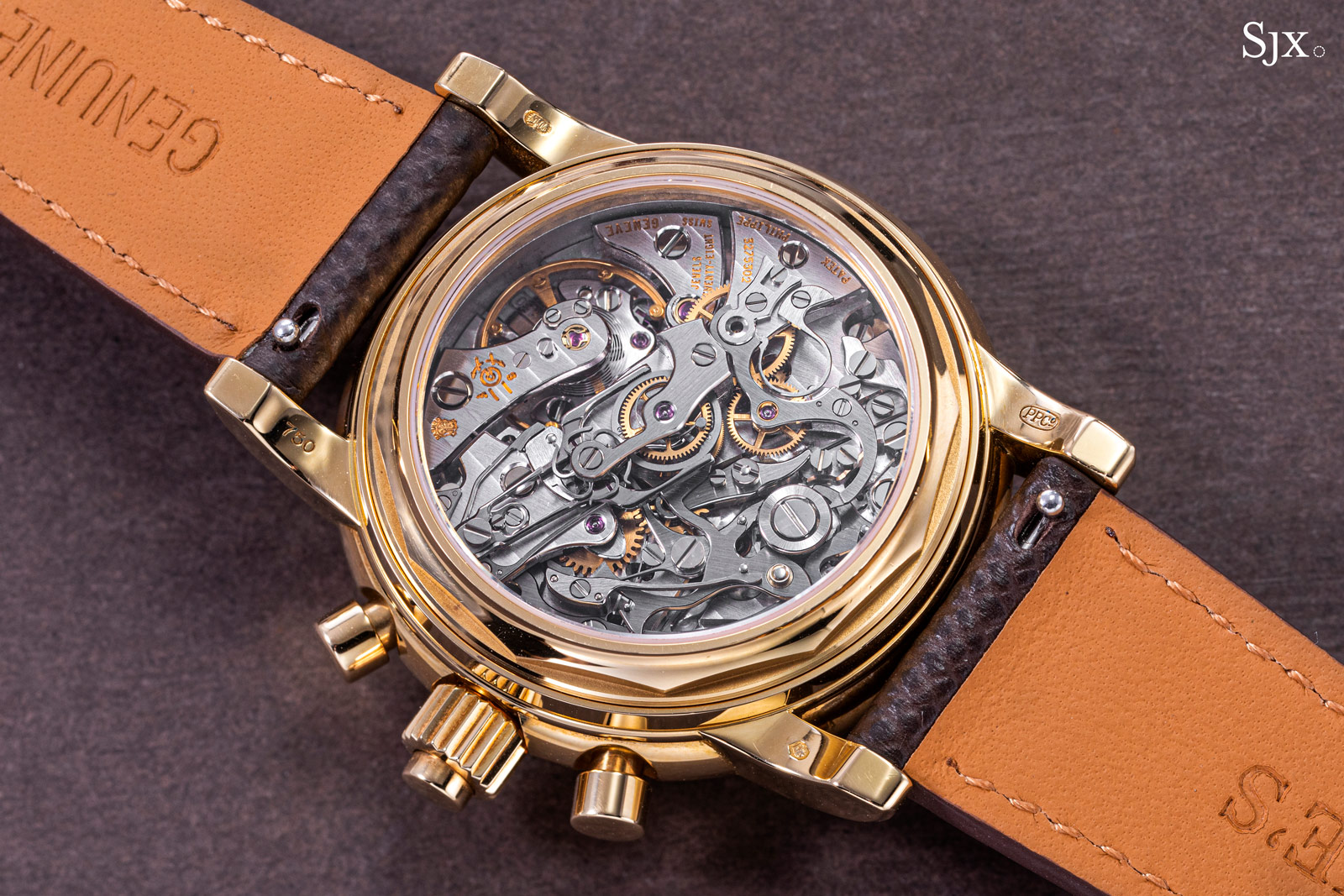 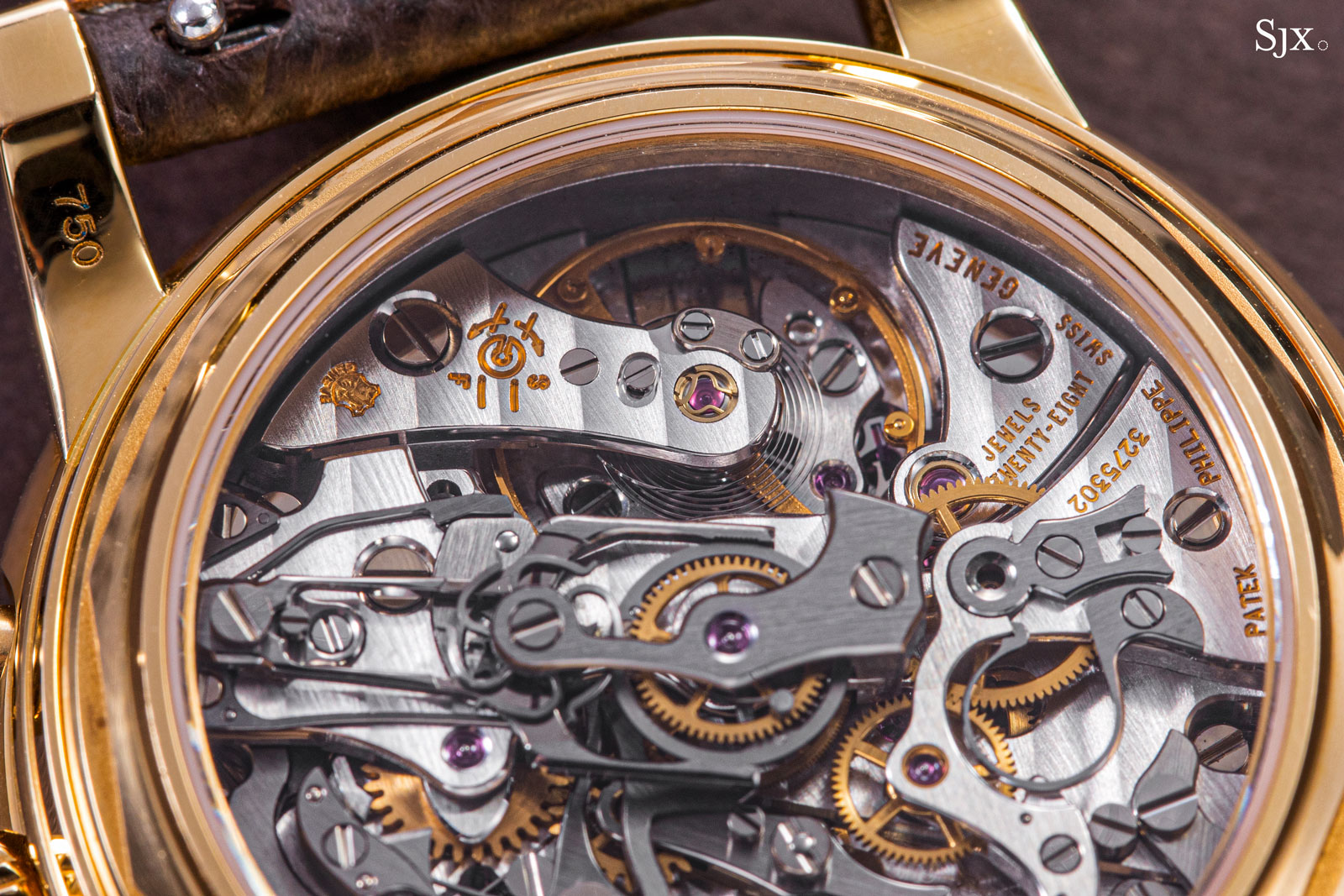 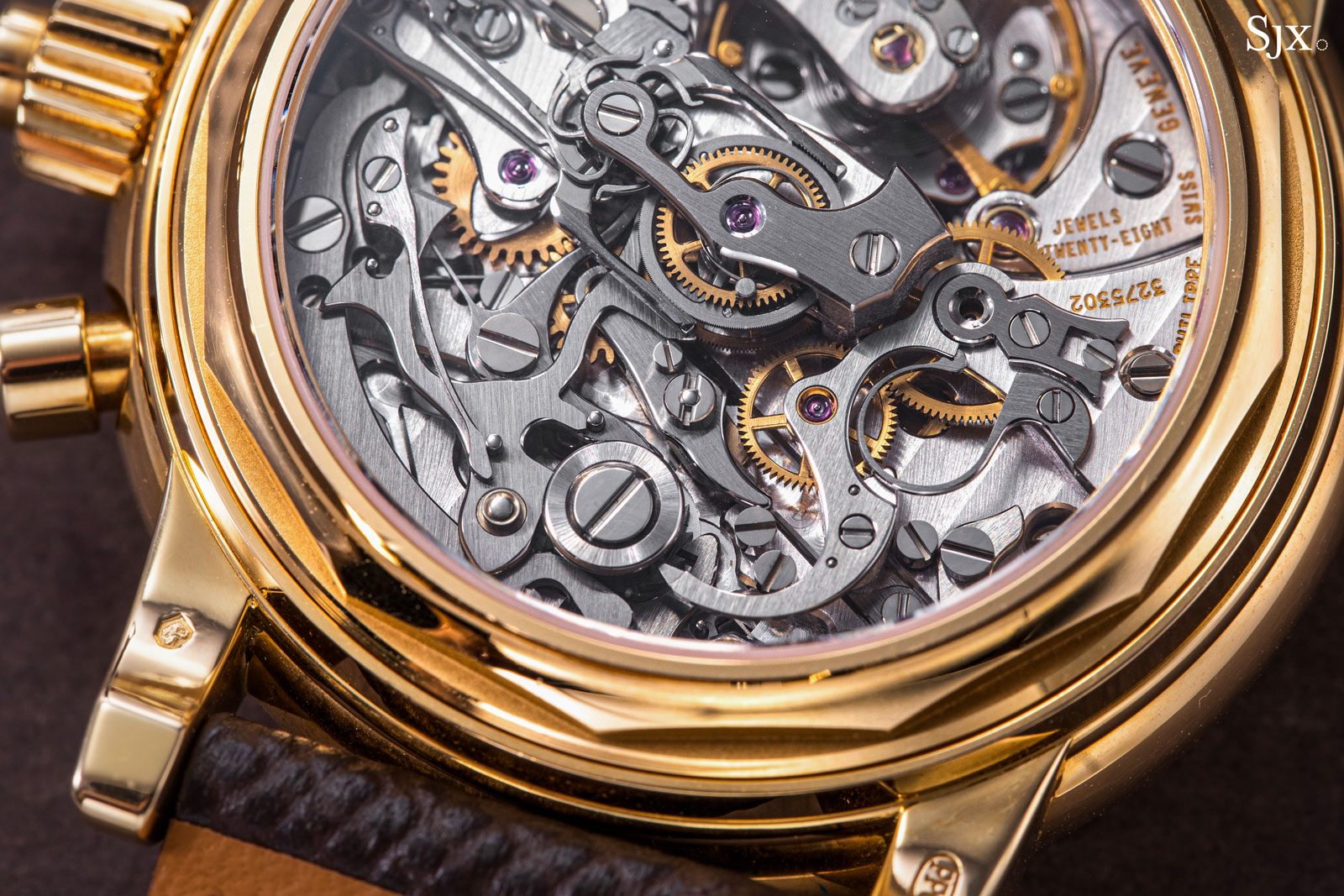 It’s followed by the second session of the auction (lots 2201-2282) offering watches from The Champion Collection at 7 pm – see the full catalogue here.