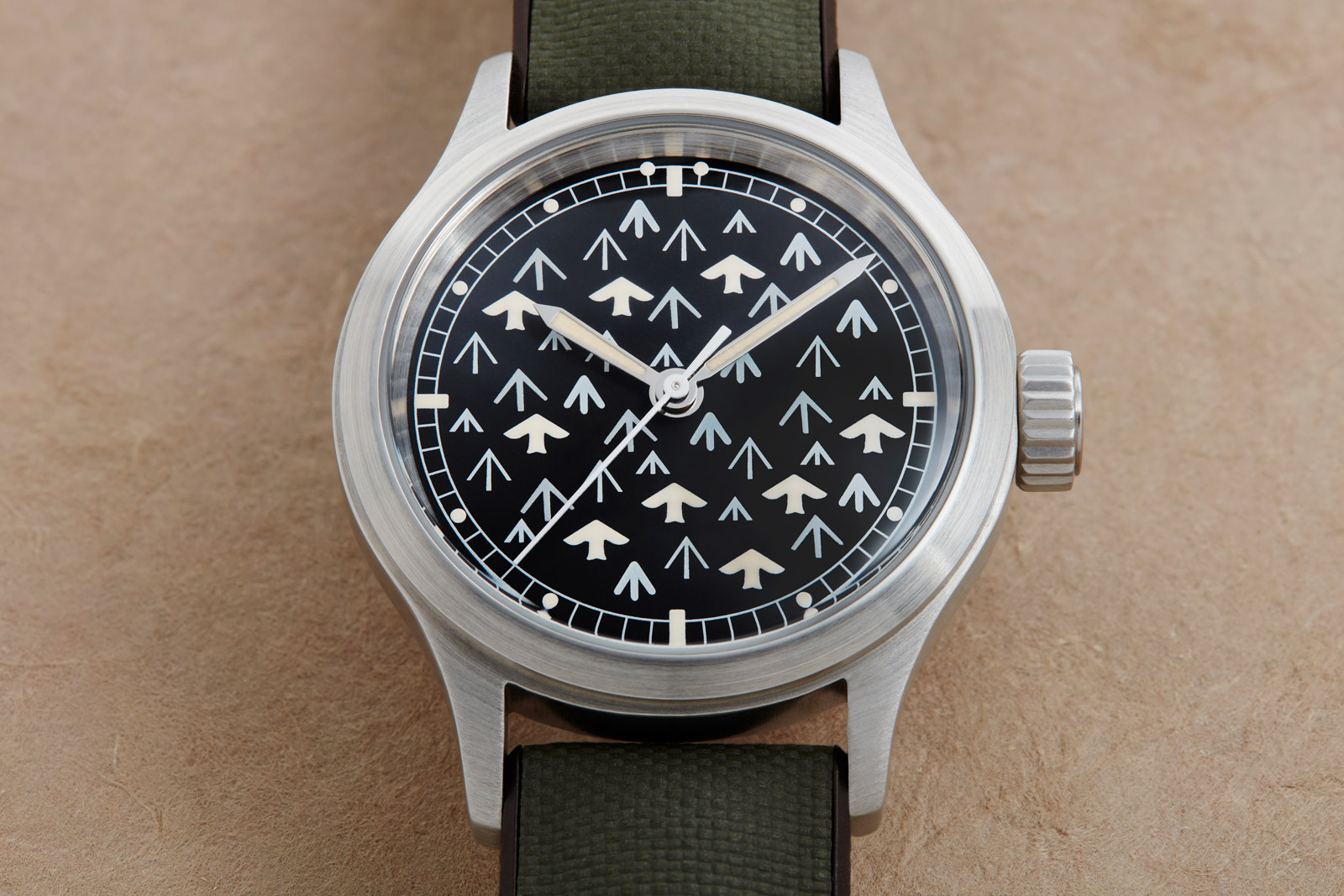 Conceived sub-brand of RGM, one of the original independent watchmaker in America, Equation of Time is a maker of affordable watches often created in collaboration with collectors, with the latest being the Fat Arrow Collaboration Watch.

The dial of the watch reproduces a 2015 artwork created by watch photographer Atom Moore that’s a riff on the pilot’s wristwatches supplied to the Royal Air Force in the 1950s by brands like Omega and IWC. Like the military-issue originals, the Fat Arrow Collaboration is a compact, hand-wind timepiece with the feel of a vintage remake, but st apart with a dial that’s clearly modern and definitely original. 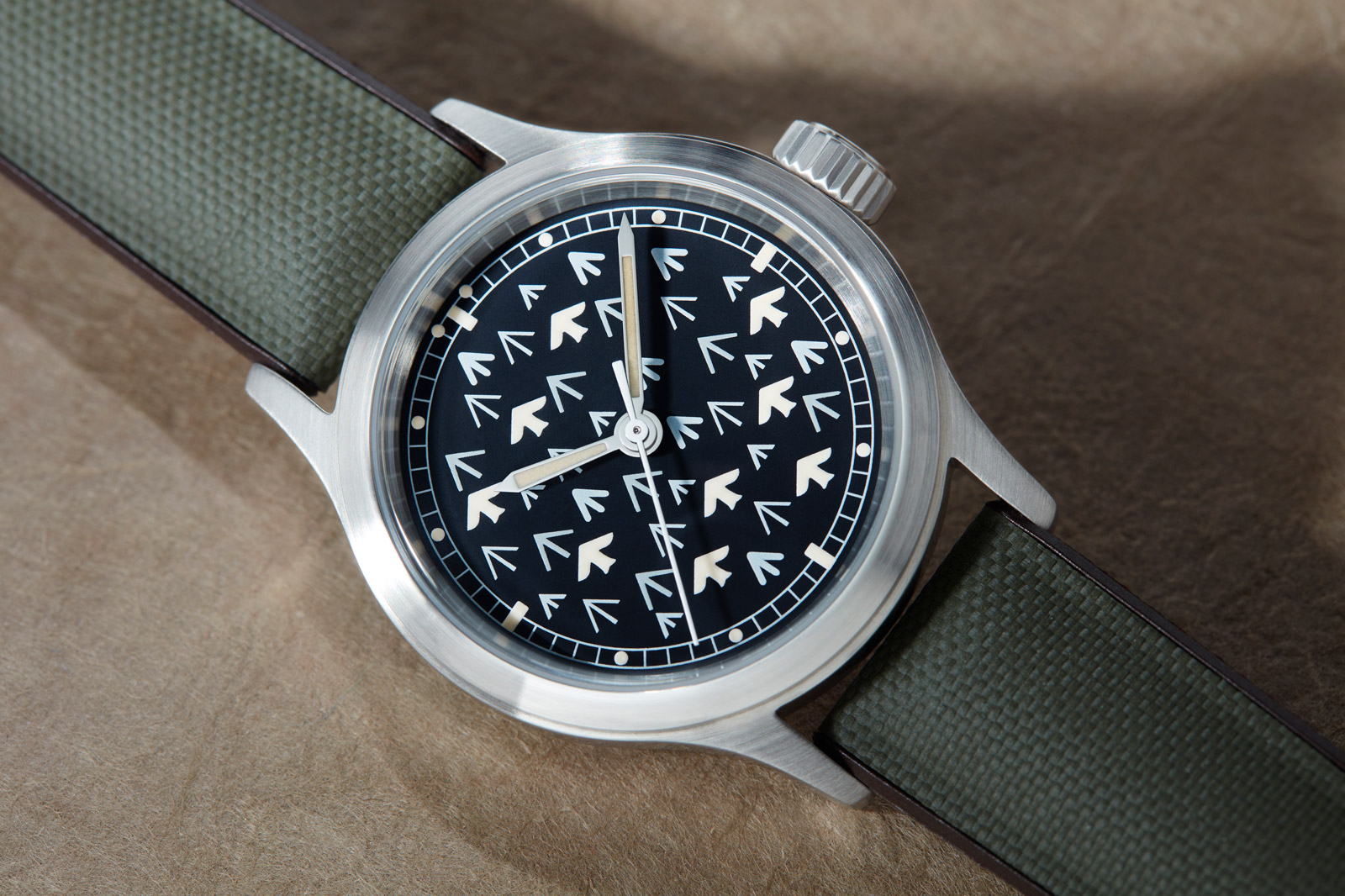 The Fat Arrow Collaboration (FAC) is one of many watches inspired by vintage military timepieces, but it is cleverly different. It utilises the historical arrow emblem used to mark British military equipment as a decorative element.

Mr Moore’s original artwork, Fat Arrow, is an artistically-altered photography of a CK 2777 “Fat Arrow” wristwatch, one of many that Omega supplied to the Royal Air Force starting in 1952. The FAC retains the feel of the vintage original with an identically-sized case, but with Mr Moore’s Fat Arrow mashup as the dial. That makes the FAC different enough, in fact, to be interesting despite being a no-frills watch. 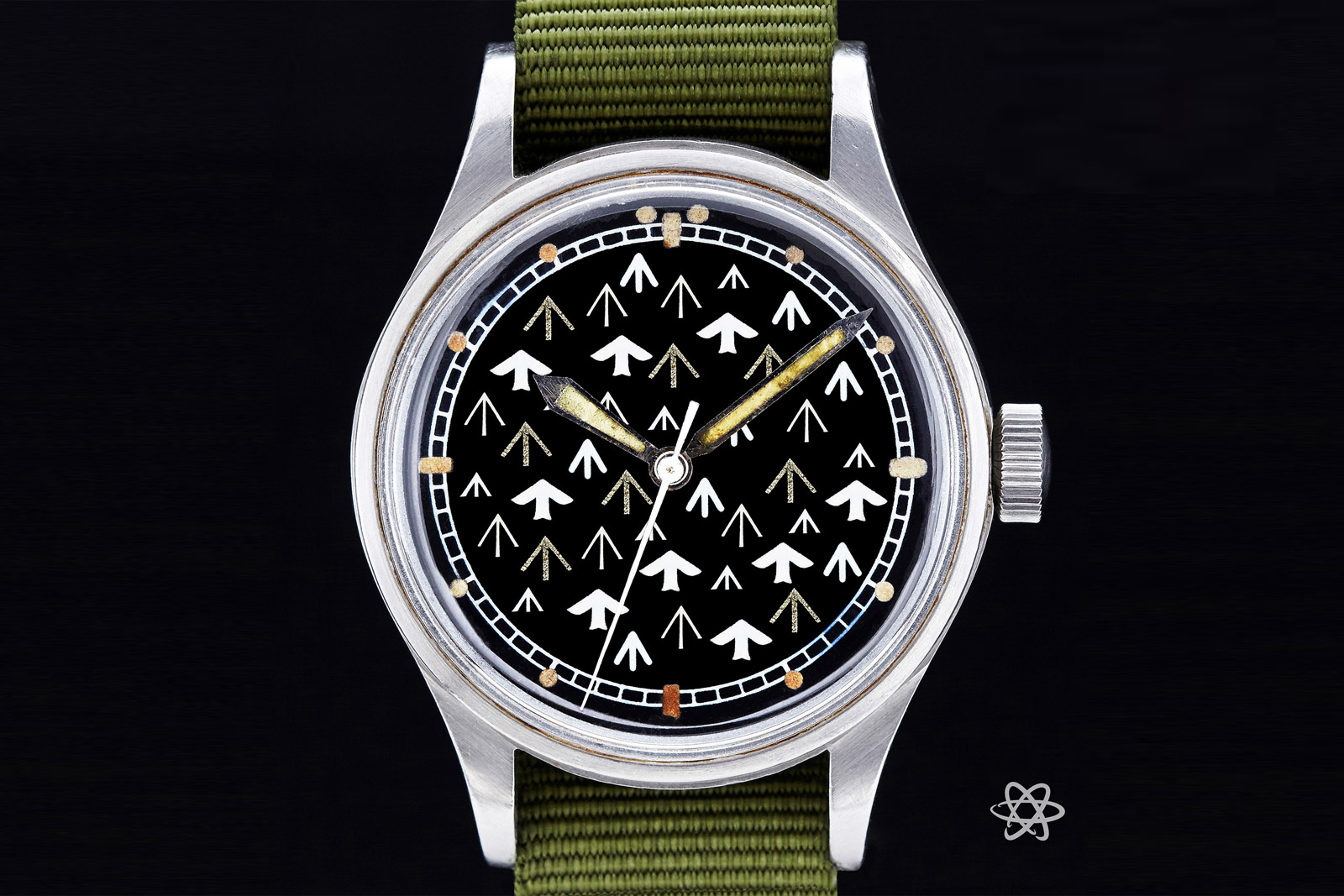 The dial is covered with both the “Fat Arrow” and “Thin Arrow” in all their respective iterations. That might sound excessive, but it achieves what the FAC sets out to be: something lighthearted that’s rooted in military-watch history but different from its vintage-inspired peers. Military-watch enthusiasts appreciate the vintage original – and have a sense of humour – will find this interesting.

The FAC is priced at US$2,995, which is affordable but fairly steep compared to similarly priced watches, many of which have superior movements (the FAC is powered by a manual-wind Sellita). However, the small-batch nature of the FAC – it’s a run of just 99 watches – along with its creative aesthetics make it unique enough that’s it’s appealing. 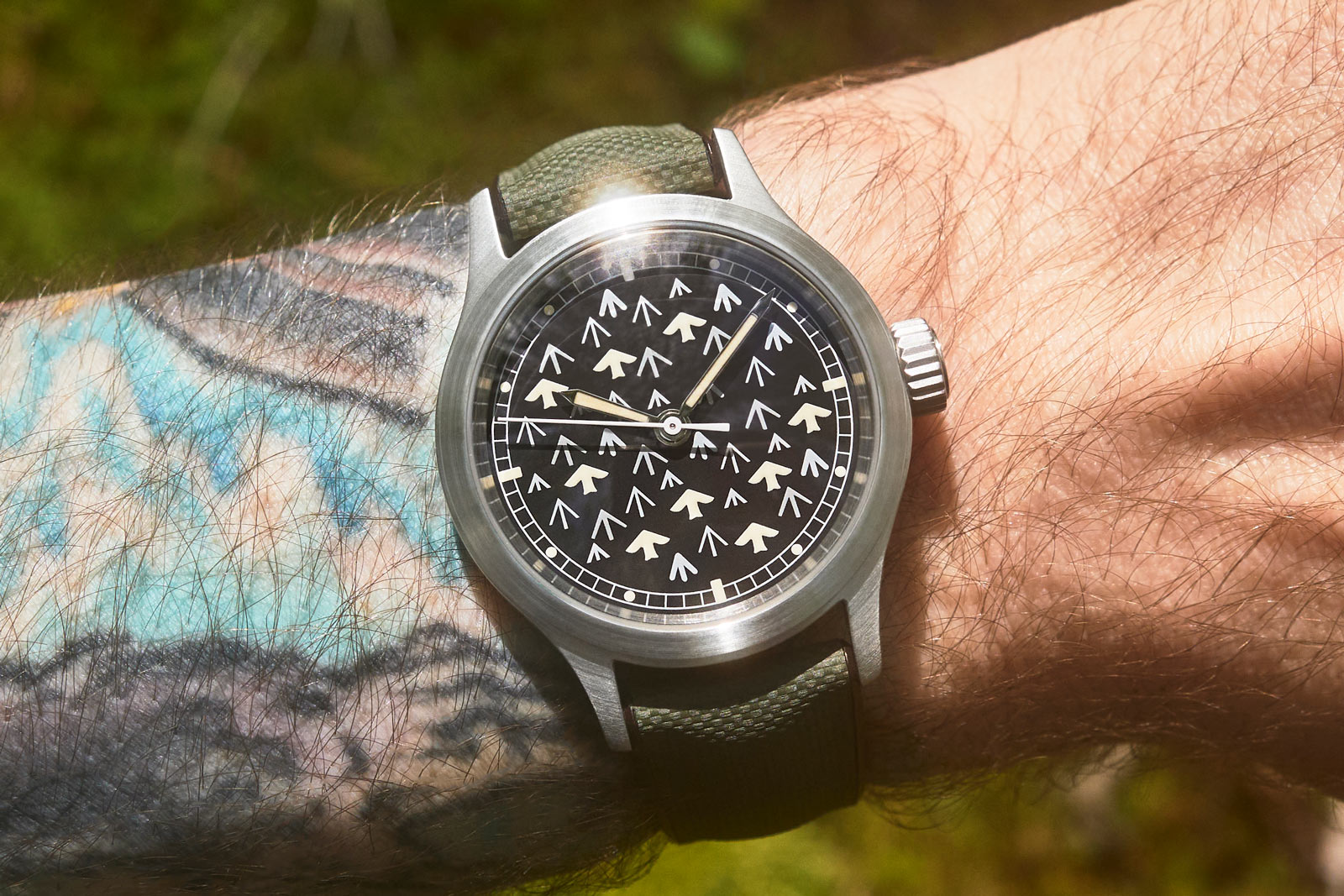 Military equipment owned by the British military, including all wristwatches supplied to the Royal Air Force (RAF), were historically marked with a broad arrow. This practice began in the 16th century and continued until the 1980s. As a result, all of the best known British military timepieces sport the broad arrow on their dial or case back, or both.

The size and style of the broad arrow has varied over time. Mr Moore selected five different styles of the broad arrow for his artwork, with the most prominent being the “Fat Arrow”. The repeating motif is one that Mr Moore has used to good effect on his other work as well. 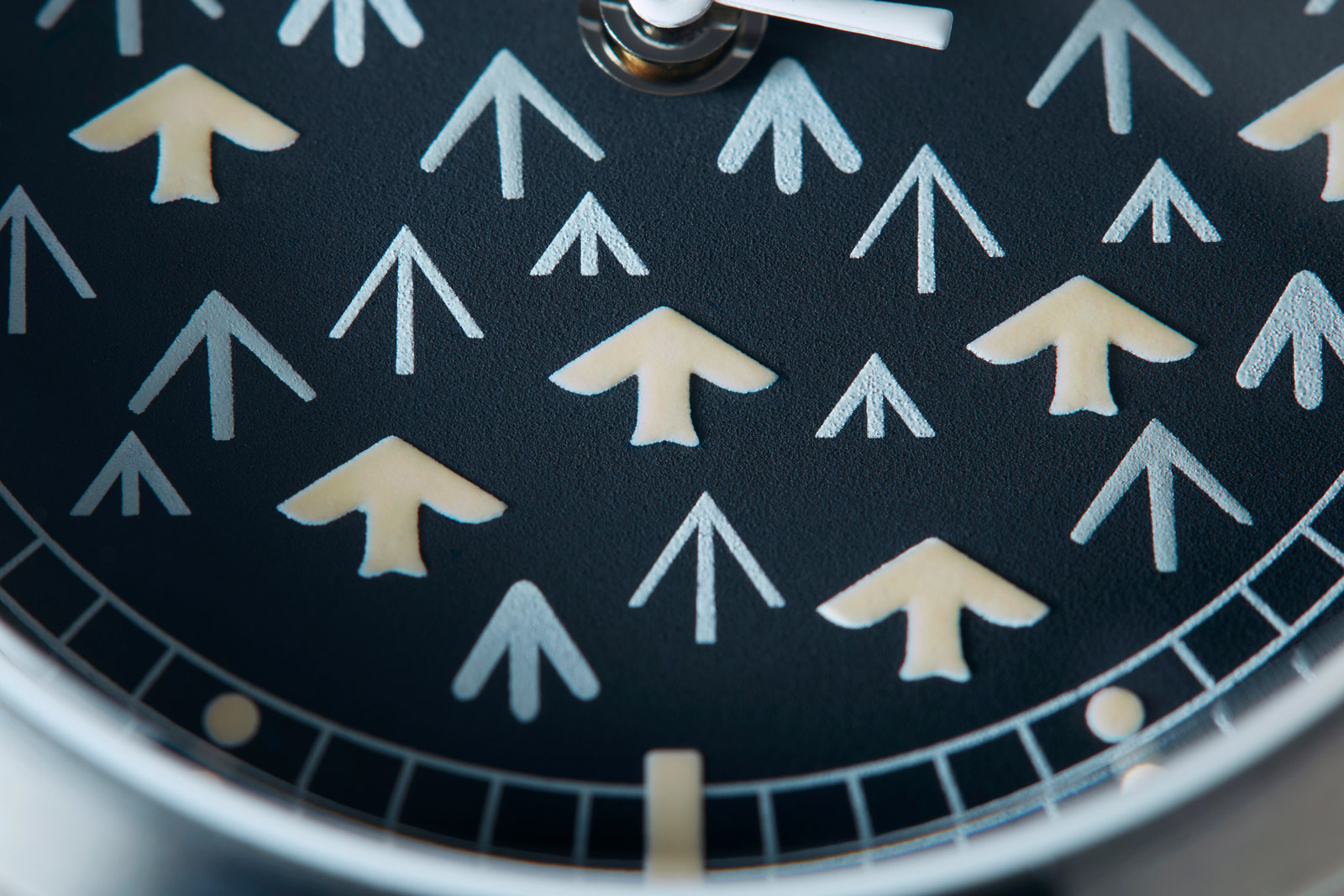 Omega originally delivered the CK 2777s with “Thin Arrow” dials, most of which were later replaced with dials bearing the “Fat Arrow” after the luminous material was upgraded from radium to tritium.

The  vintage watch depicted in Fat Arrow was an example with a tritium dial bearing a “Fat Arrow” above six o’clock. In a nod to that, the “Fat Arrows” on the dial are printed in Super-Luminova so they glow in the dark. 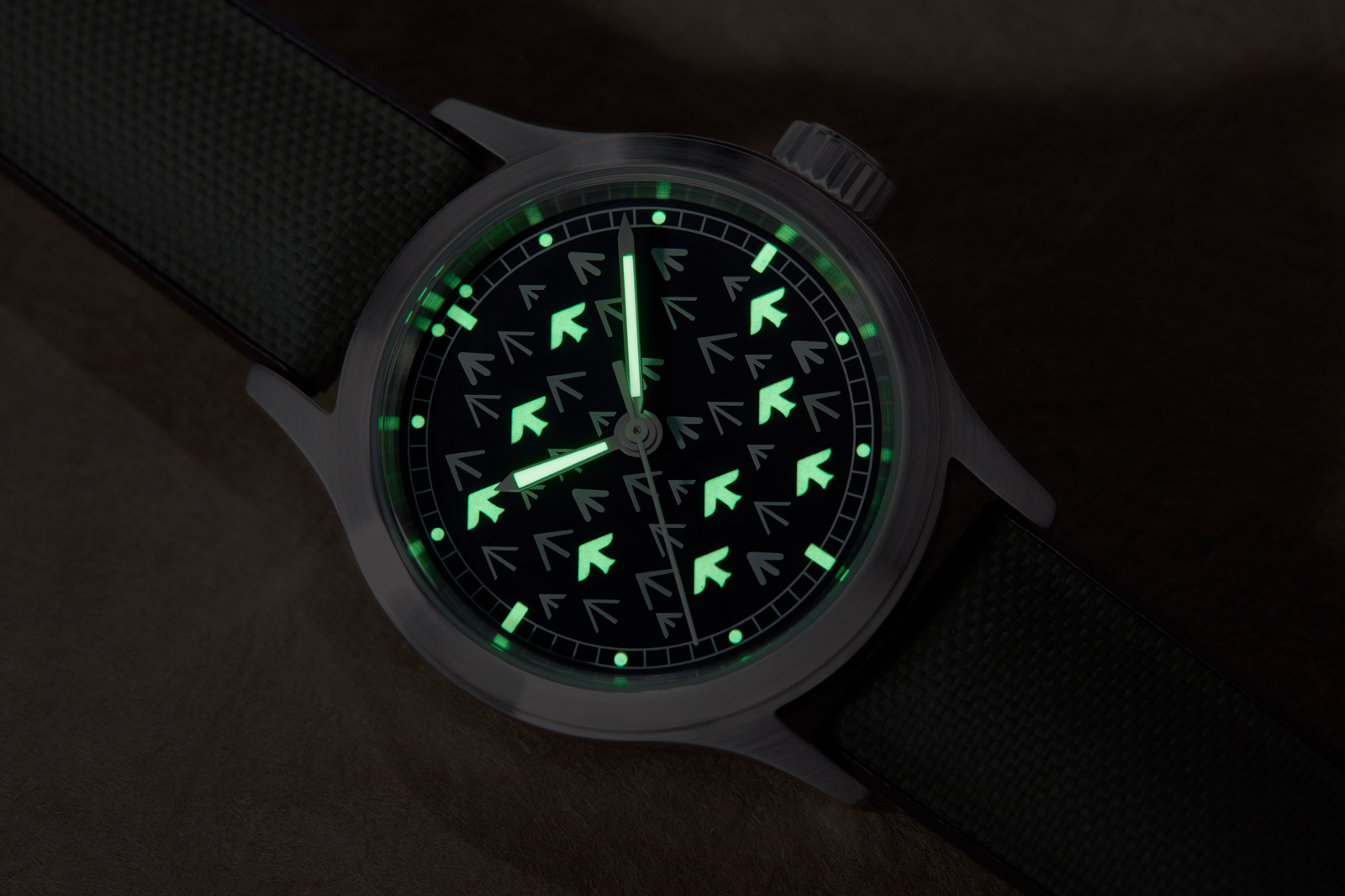 Despite the fancy dial, the rest of the watch is no-frills and compact. The case is just 36 mm in diameter, just like the CK 2777. But while the vintage original was entirely brushed, the FAC can be had with its bezel and crown in either a brushed or polished finish. While that might be seemingly trivial, the finishing of the bezel in particularly is crucial in the overall appearance of a watch. 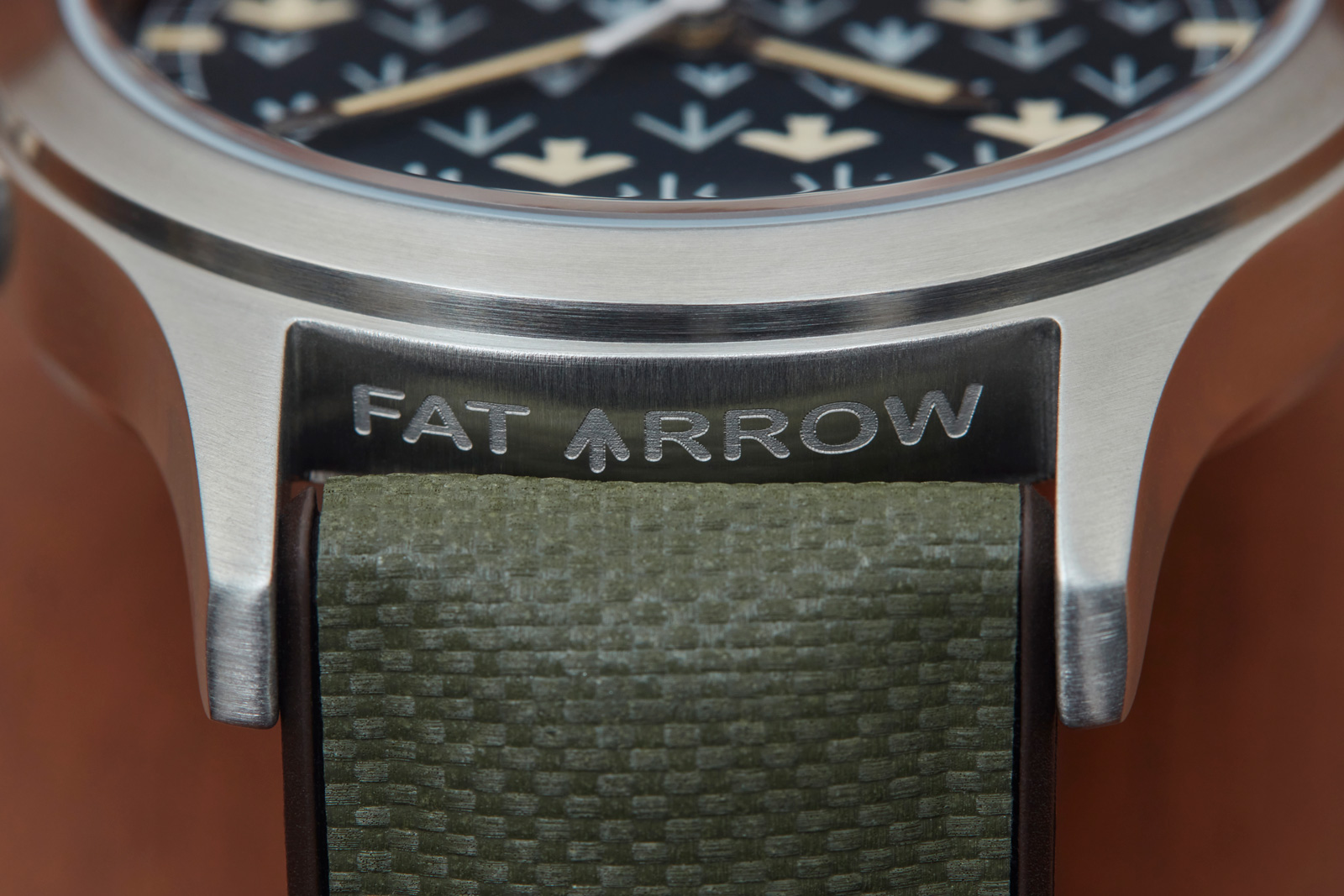 Inside the case is a Sellita SW-210, a small, hand-wind movement based on the ETA 2801-2. It’s gently dressed up with Geneva striping on the bridges as well as blue screws, which gives it a bit of colour and justification for the open back. 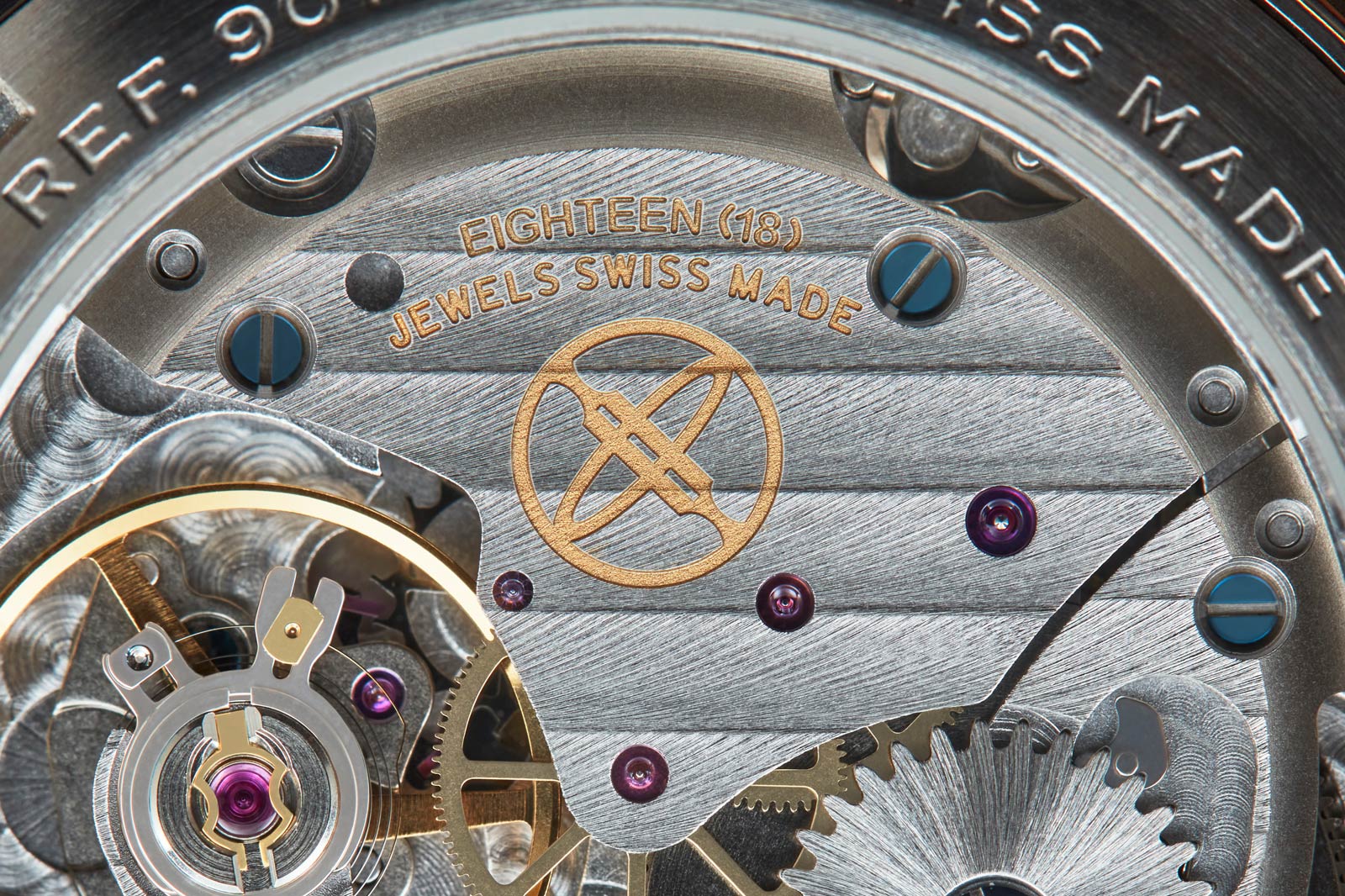 Limited edition: 99 pieces
Availability: Now from Equation of Time with delivery starting in September 2022
Price: US$2,995