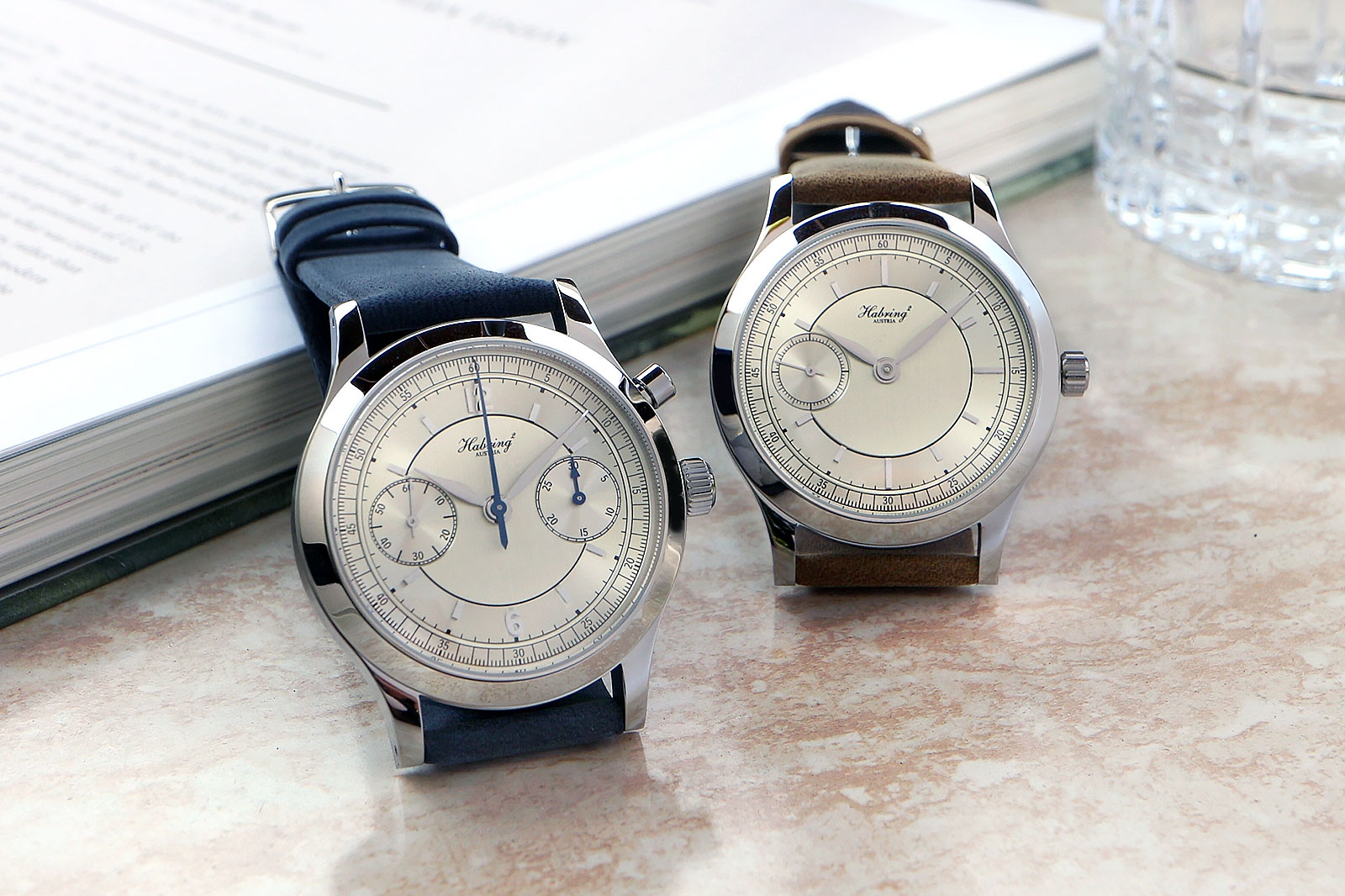 A venerable retailer of vintage timepieces and independent watchmaking, Shellman marks its 50th year in business. Still in its landmark Ginza store that curiously sits slightly below street level, the Tokyo retailer has announced a series of one-off and limited edition watches to mark the occasion. 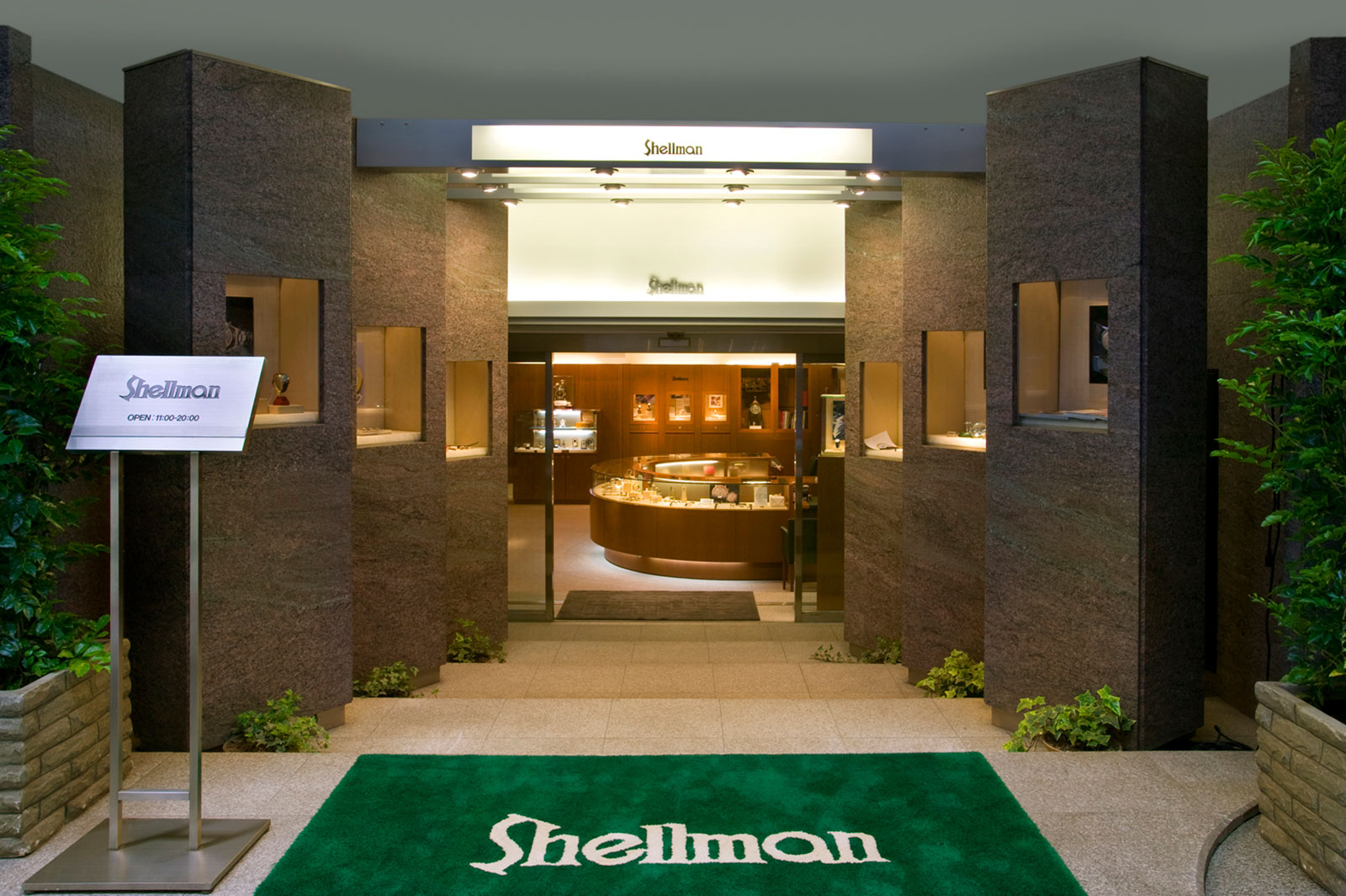 Habring² offers honest quality and solid engineering, which makes it tangible qualities impeachable, especially in its price segment. So the appeal of a specific Habring² watch boils down to its specific design.

While sector dials are common today, perhaps too common, Shellman was a pioneer in this type of design, having debuted its first Habring² with a sector dial in 2017, well before the style became a fad. For that reason, these anniversary watches have a stronger resonance than the average sector dial. And the two are also intrinsically appealing because of their careful design. At a distance both appear to be typical “sector” dials – attractive but more of the same.

Up close, however, the dial designs are both smartly executed with strong attention to detail. The leaf-shape hands, for instance, are a familiar shape, but here they are heavier than usual, giving the dial a stronger presence.

And the chronograph in particular is especially well done. It is clean, with neither a tachymetric or telemetric scale, but instead just an outer seconds track. 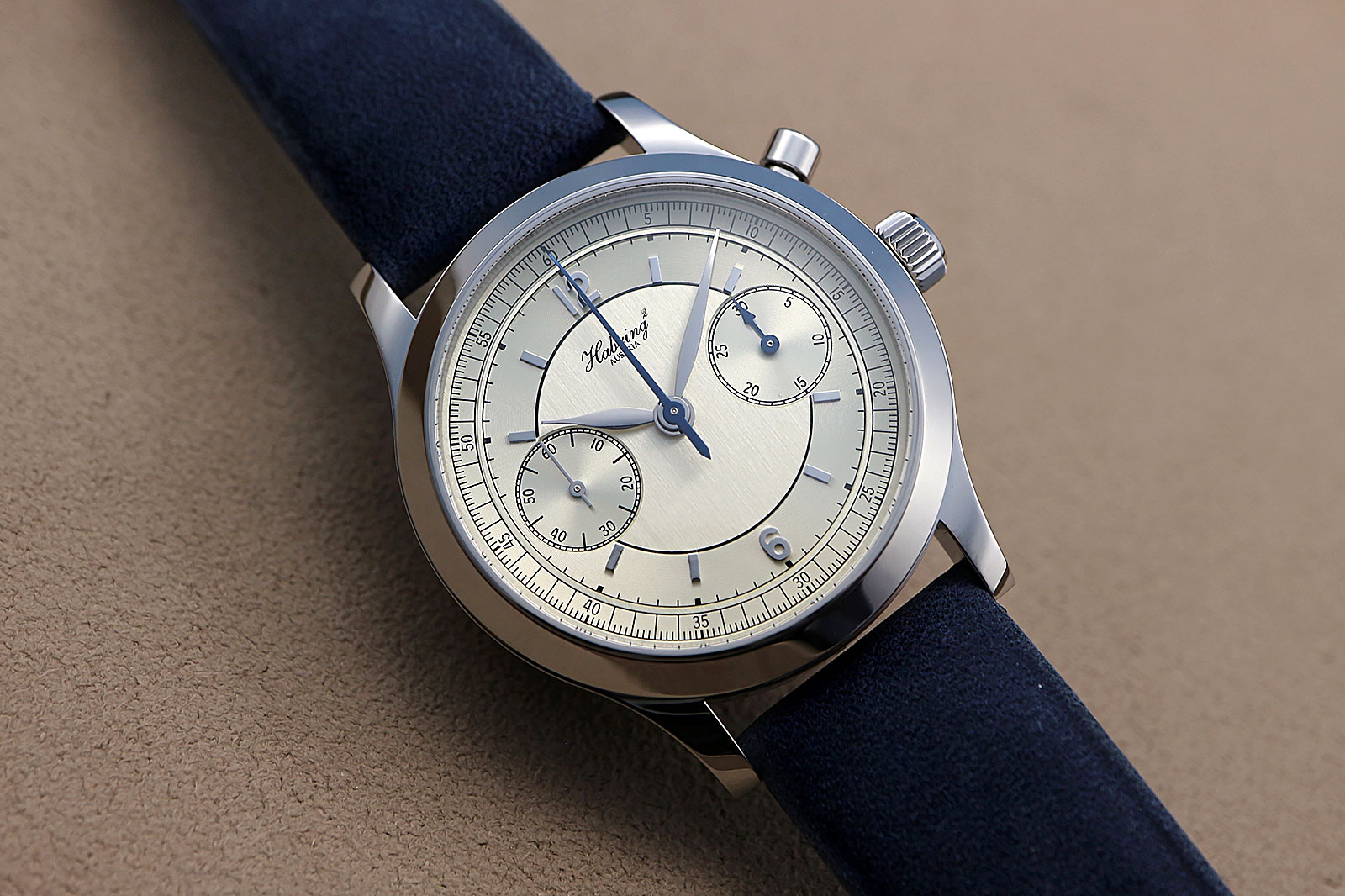 Mechanically both watches are also appealing. They are powered by variants of the Habring² A11, a strong performer that exemplifies the brand’s sensible and honest approach to mechanics.

The only downside for either watch is the extremely limited number of each, just 20 for the time-only Felix and ten for the chronograph. Given Shellman’s prominence in Japan, I expect it will be challenging for anyone outside the country to land one. 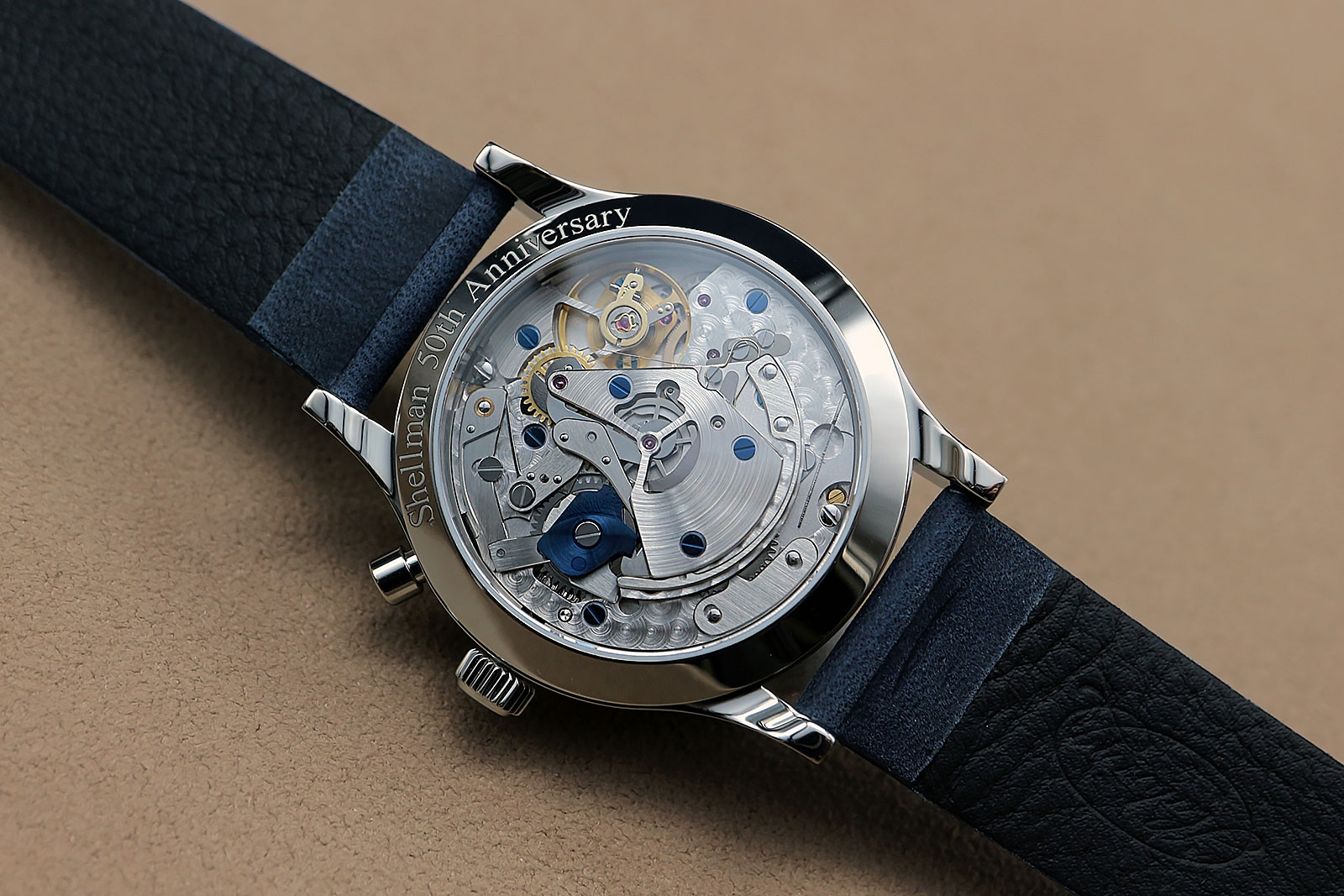 Both anniversary models share the same livery, a sector dial in a pale champagne, but with applied hour markers, an unusual element for a sector design.

Size-wise both are also identical at 38.5 mm in diameter, although the chronograph is necessarily thicker due to the complication. 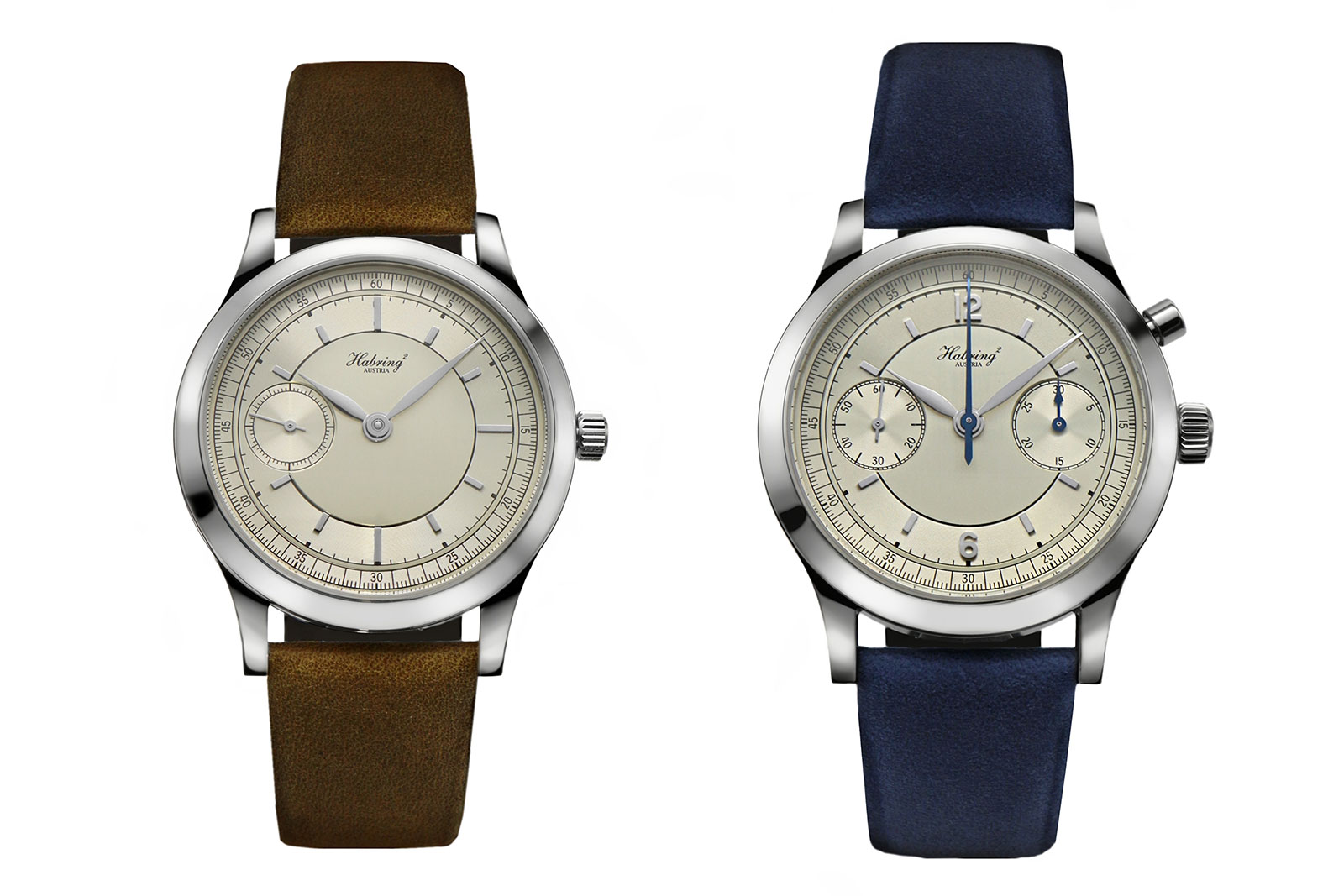 The Felix is almost monochromatic in champagne and silver, but the dial has enough textures and raised elements to keep it interesting. Both the chapter ring for the applied hour markers and seconds scale are concentrically patterned, while the central portion is vertically brushed. 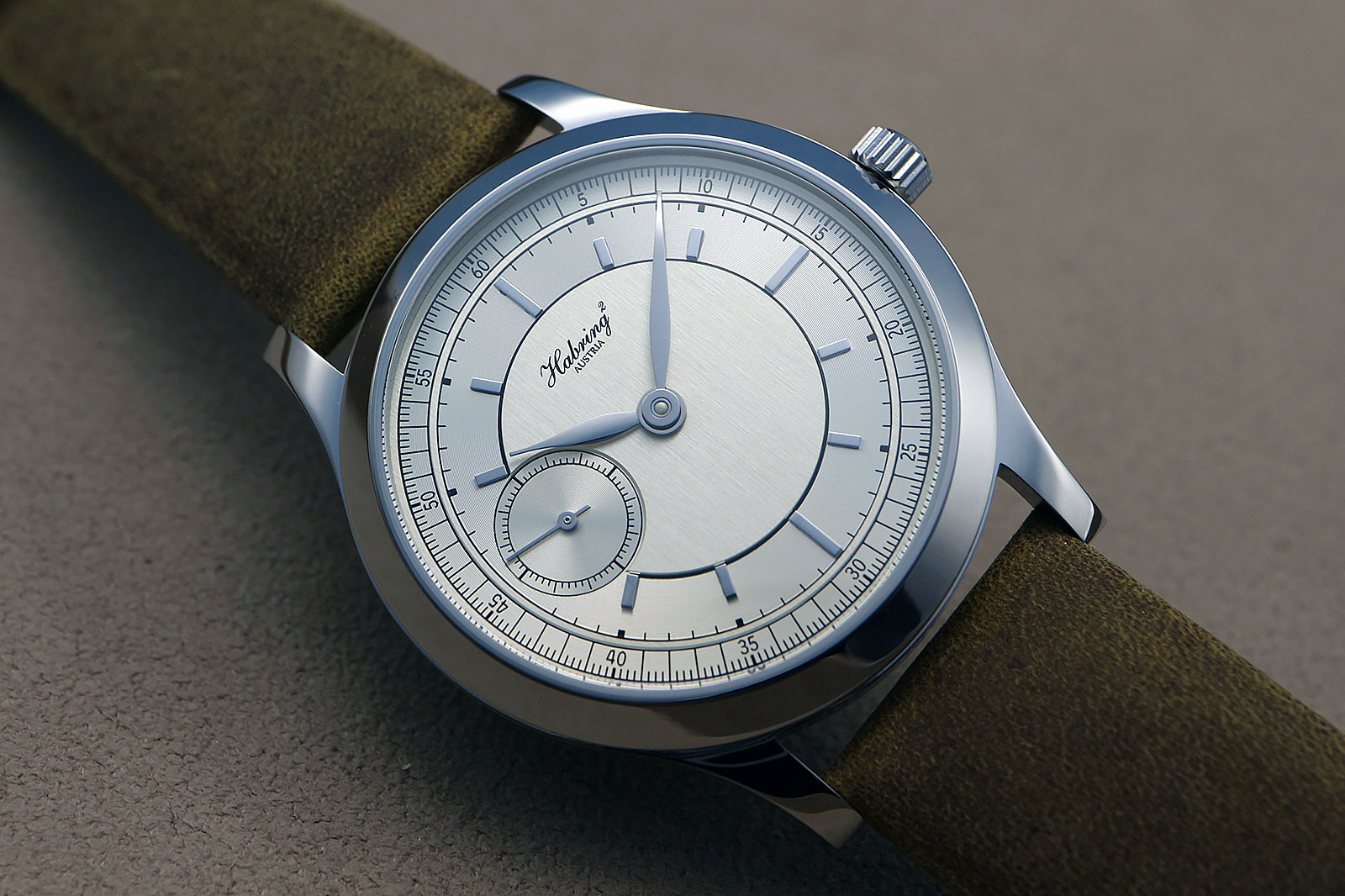 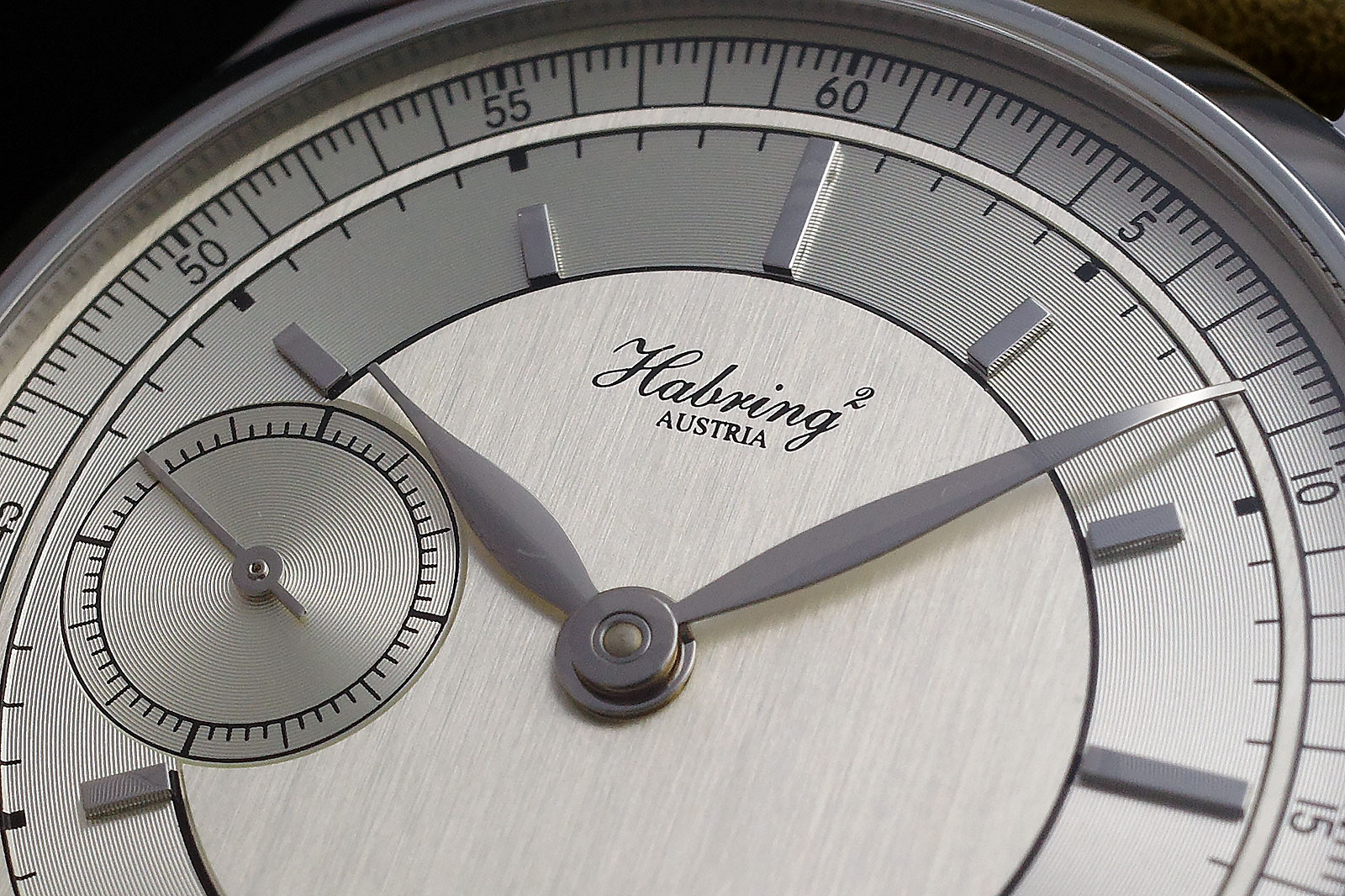 In contrast, the chronograph with its blued steel hands gains a touch of colour, resulting in a pleasing champagne-and-blue combination.

Colour aside the dial finish is identical to the time-only model, save for the addition of Arabic numerals at six and 12 to balance the chronograph counters. 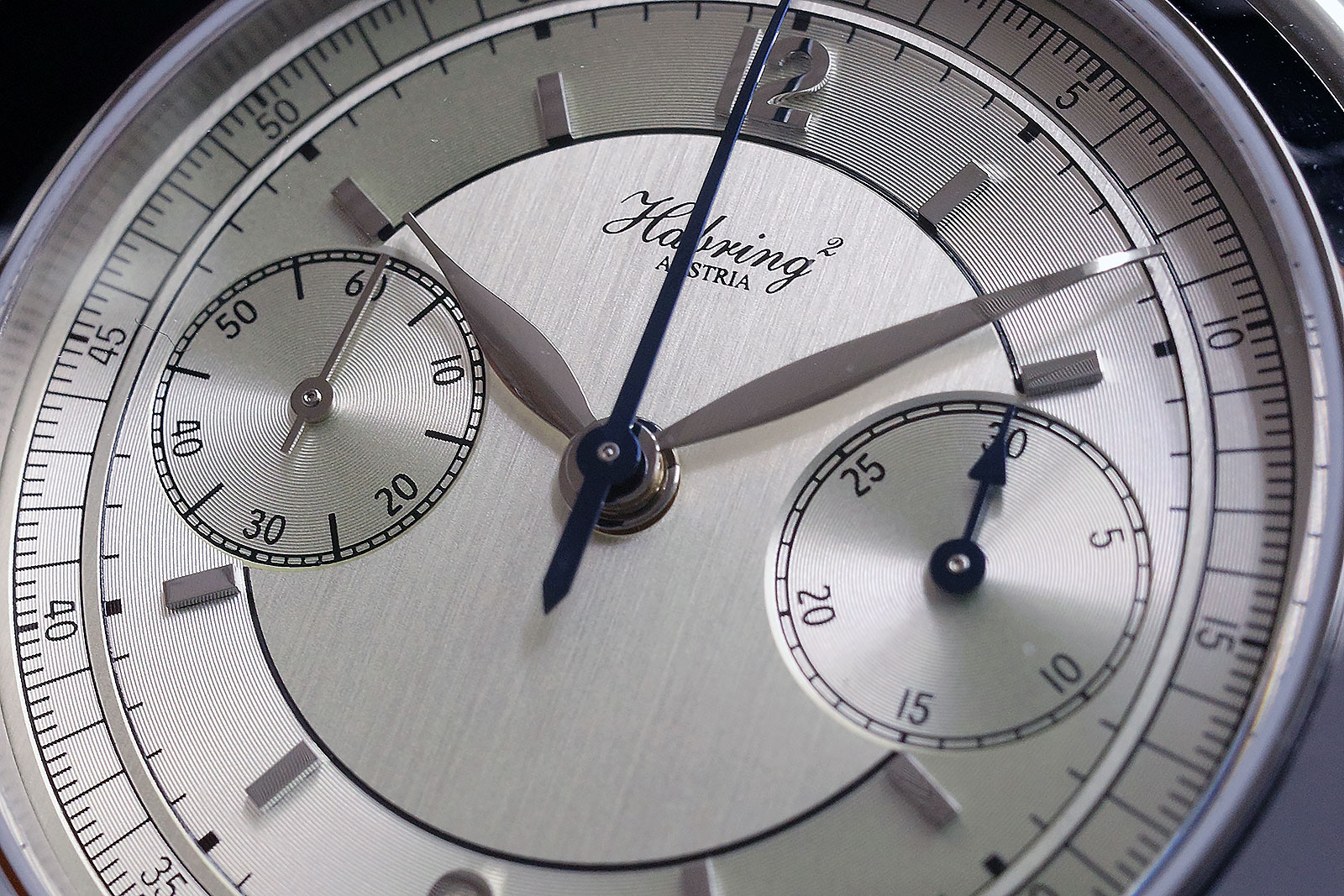 Dial aside, both watches are standard Felix, which means the movements are from the Habring²’s proprietary A11 family.

Developed on the architecture of the robust Valjoux 7750 – but heavily improved such that many parts are not interchangeable between the two – the A11 is dressed up and visible through the open backs. 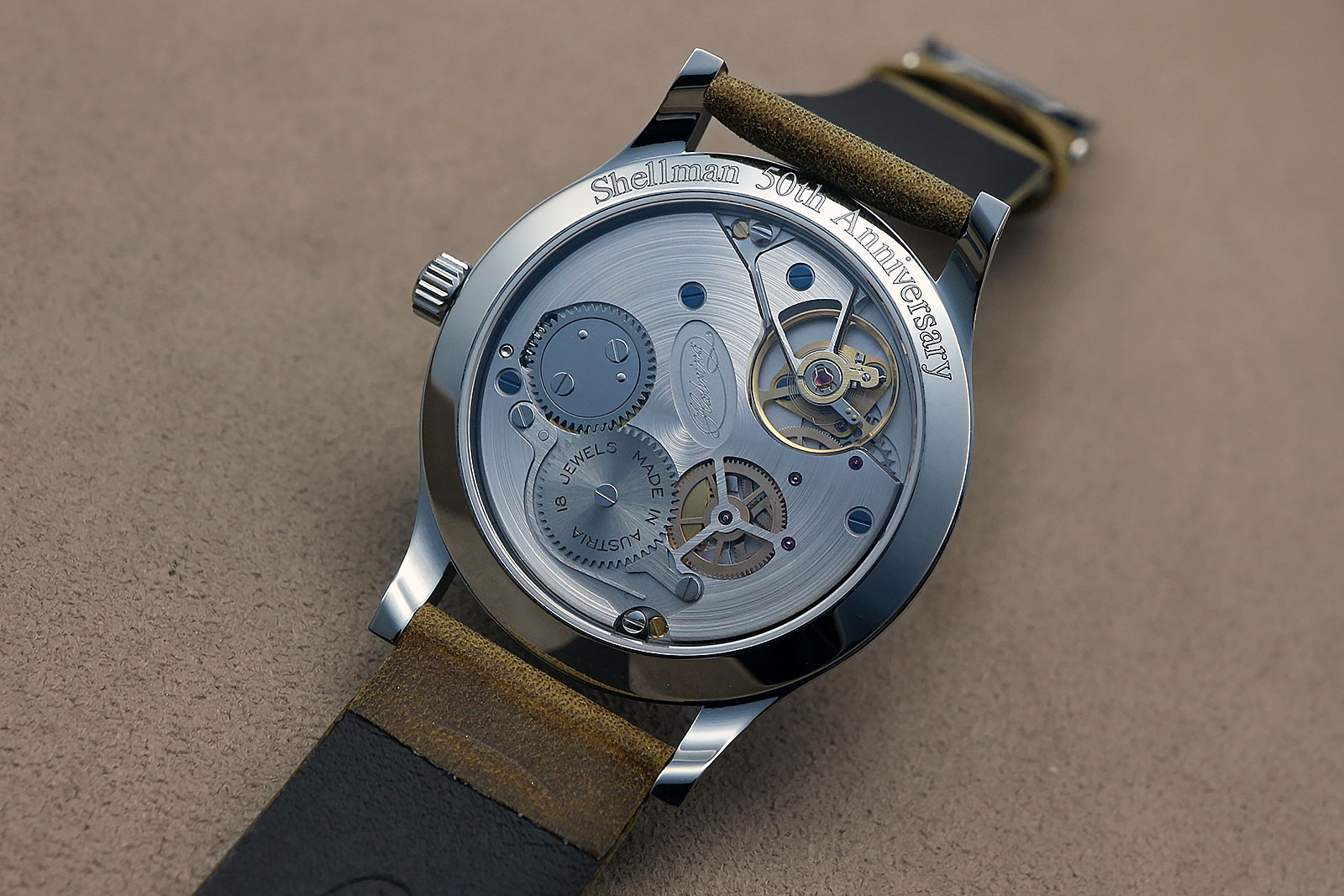 The clean three-quarter plate of the Felix 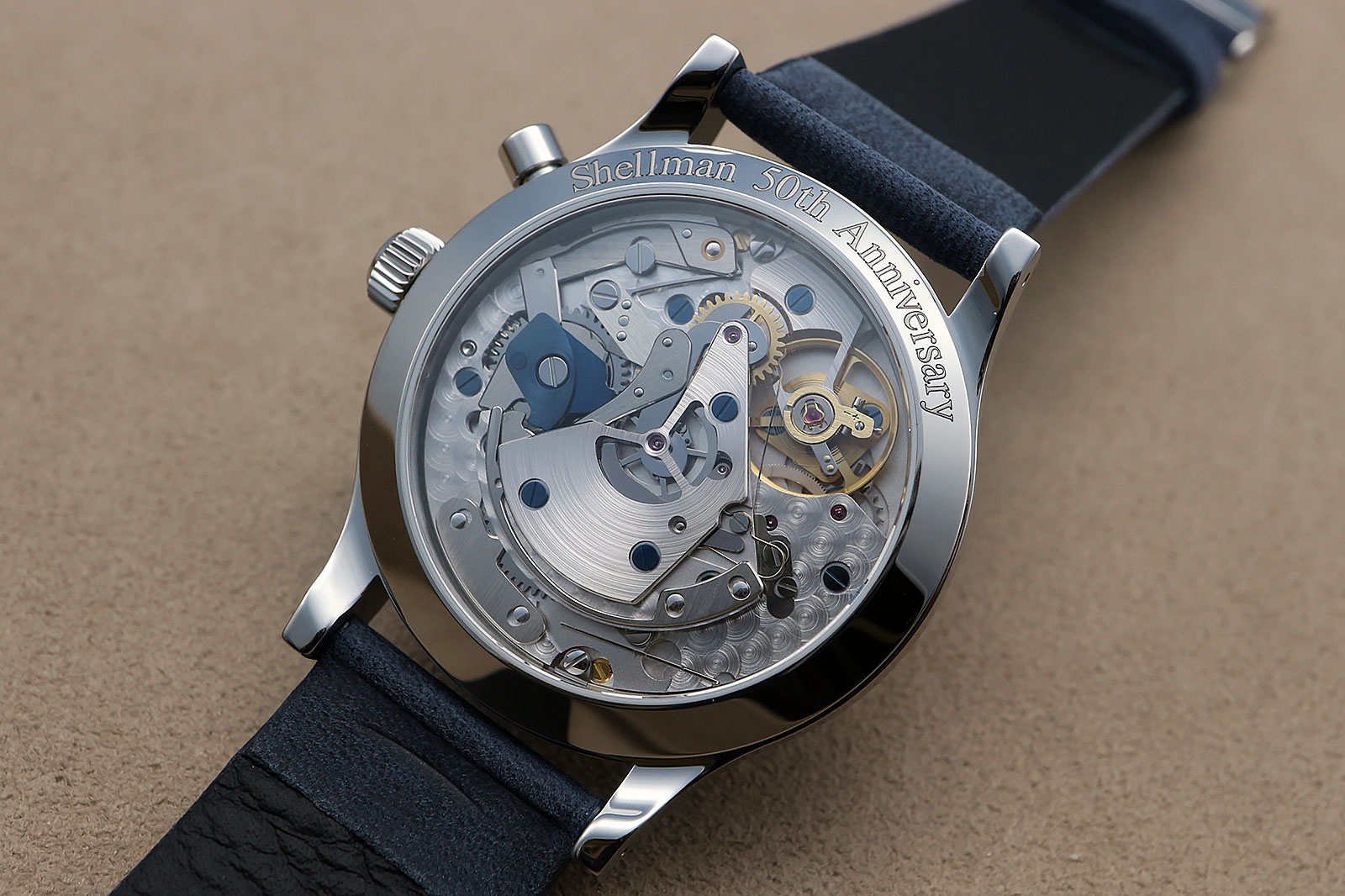 The more complex back of the Chrono-Felix