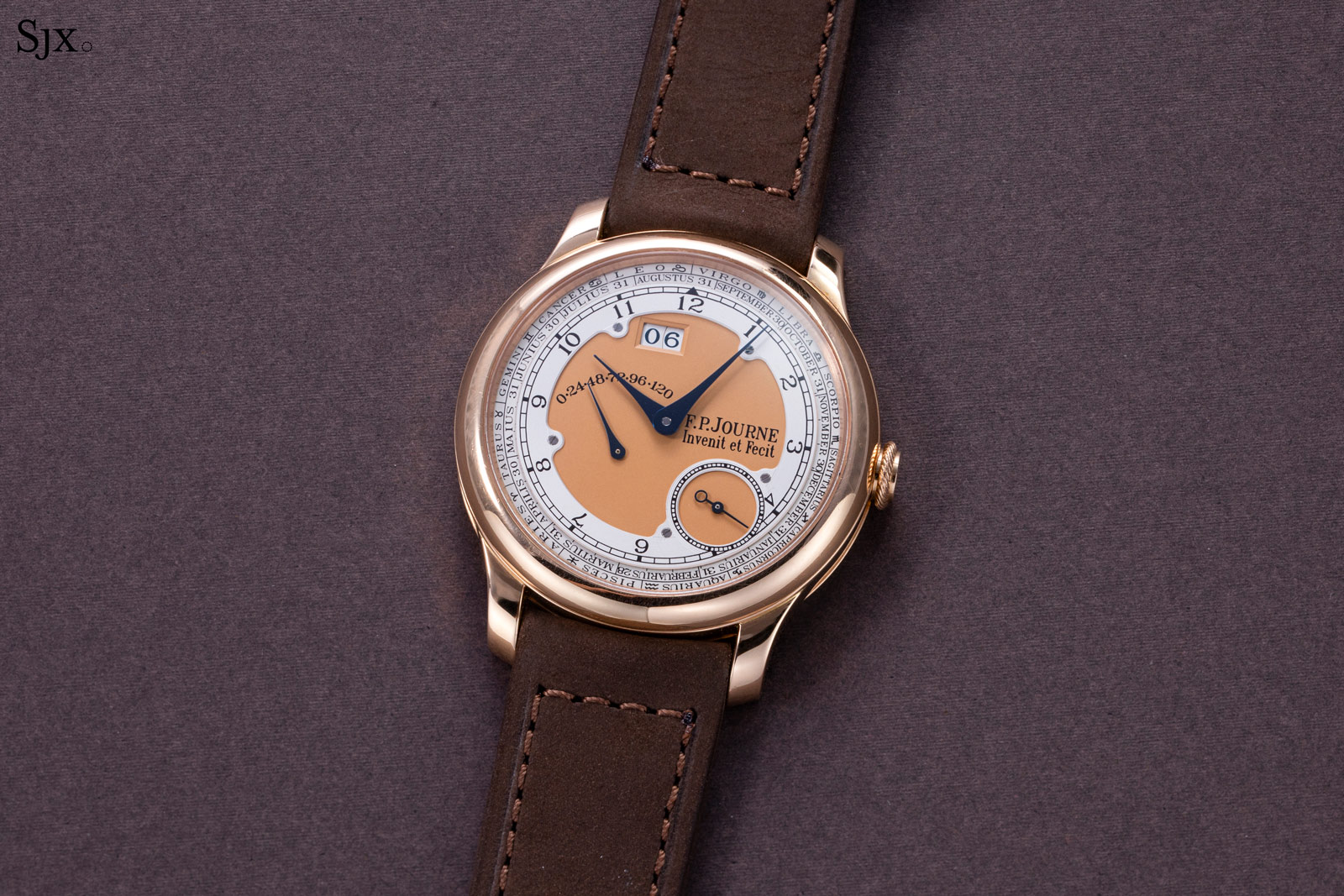 François-Paul Journe is perhaps the most successful living independent watchmaker – so successful that some of his watches have entered the same “hype” territory occupied by watches like the Nautilus and Royal Oak – which might mean that casting about for an overlooked F.P. Journe watch is a fool’s errand.

But the brand does have a few hidden gems in amongst its past offerings, with the Zodiaque being one such watch. And Phillips’ upcoming Geneva sale has a one-off version that I had never seen in person until recently, the Zodiaque “Children Action” – which will be sold to benefit the titular children’s charity. 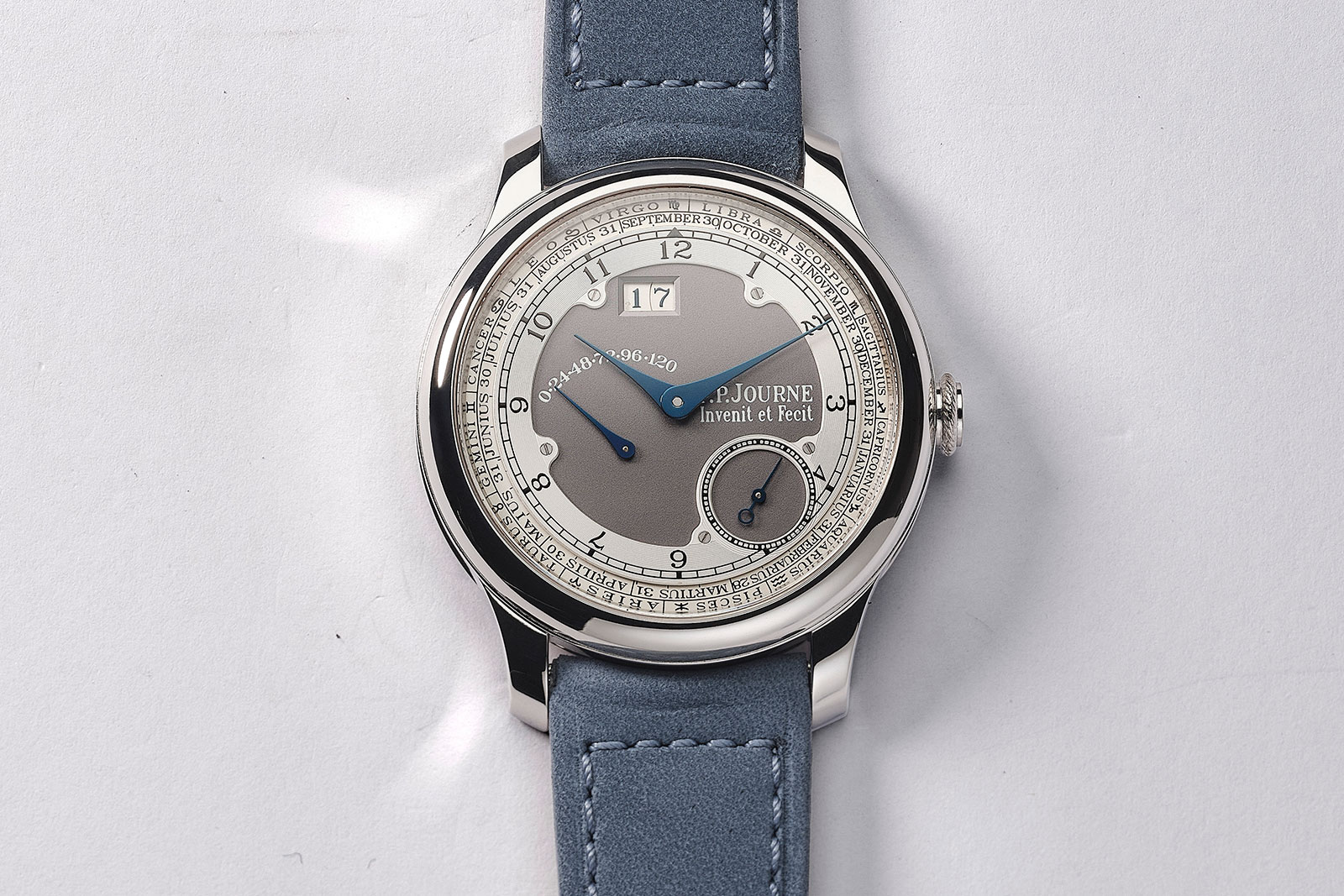 The original Zodiaque debuted in 2004, just five years after the brand was founded, in a limited edition of 150 pieces. Despite its distinctive aesthetic and esoteric complication, the Zodiaque never enjoyed the success of its peers at the time, perhaps because of that very complication, which indicates the signs of zodiac with an annual calendar ring.

Remember that in the years after the brand’s founding in 1999, F.P. Journe was merely a startup founded by a talented watchmaker with a peculiar personality; his watches weren’t exactly flying off the shelves. Yet Mr Journe still created this one-off watch for a good cause, which eventually became a yearly affair with the brand contributing unique watches to several charities, including subsequent timepieces for Children Action and of course the record-setting timepieces made for Only Watch. The Zodiaque piece unique is a mythical creation that was long known but never before seen in public until now because it has remained with the same owner who acquired the night it was first sold. It is an entirely unique version of the Zodiaque made in 2005 for Children Action, a Geneva charity founded by Bernard Sabrier, a prominent Swiss financier.

The watch was sold at a live auction that took place during the charity’s annual gala dinner that year and it has not changed hands since. In other words, the winner of this watch at the upcoming auction will only be its second owner in 17 years – a notable feat considering the number of rare F.P. Journe watches bought and sold on the secondary market in the last three years.

And thanks to the generosity of the original owner, whatever the new owner bids for this watch will go entirely to Children Action, along with the buyer’s premium that Phillips has committed to donate. 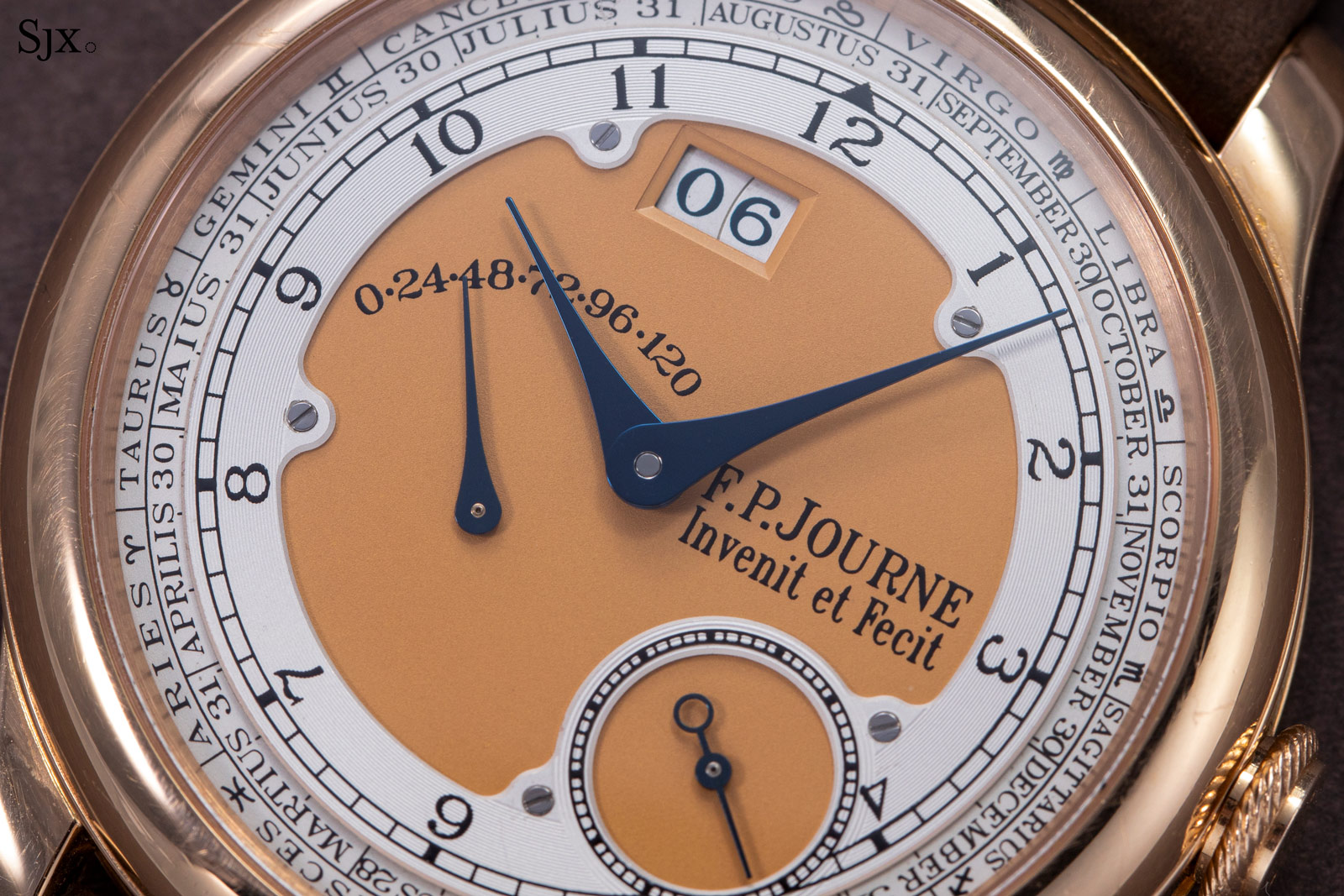 Although F.P. Journe can rightly be regarded as a maker of unusual watches, the Octa Zodiaque itself manages to be even more unusual.

For starters, it was the first F.P. Journe wristwatch with central hands, representing the brand’s inaugural attempt to move away from the quintessential off-centred display that began with the Tourbillon Remontoir d’Egalite and Resonance. This layout was a matter of necessity, since the dial has to accommodate the wide zodiac and calendar rings. Because the Zodiaque debuted during the transitional period when brand was just starting with 40 mm cases while discontinuing brass movements, the Octa Zodiaque is one of the few models to have both a 40 mm case and a brass movement, an uncommon combination for F.P. Journe watches. 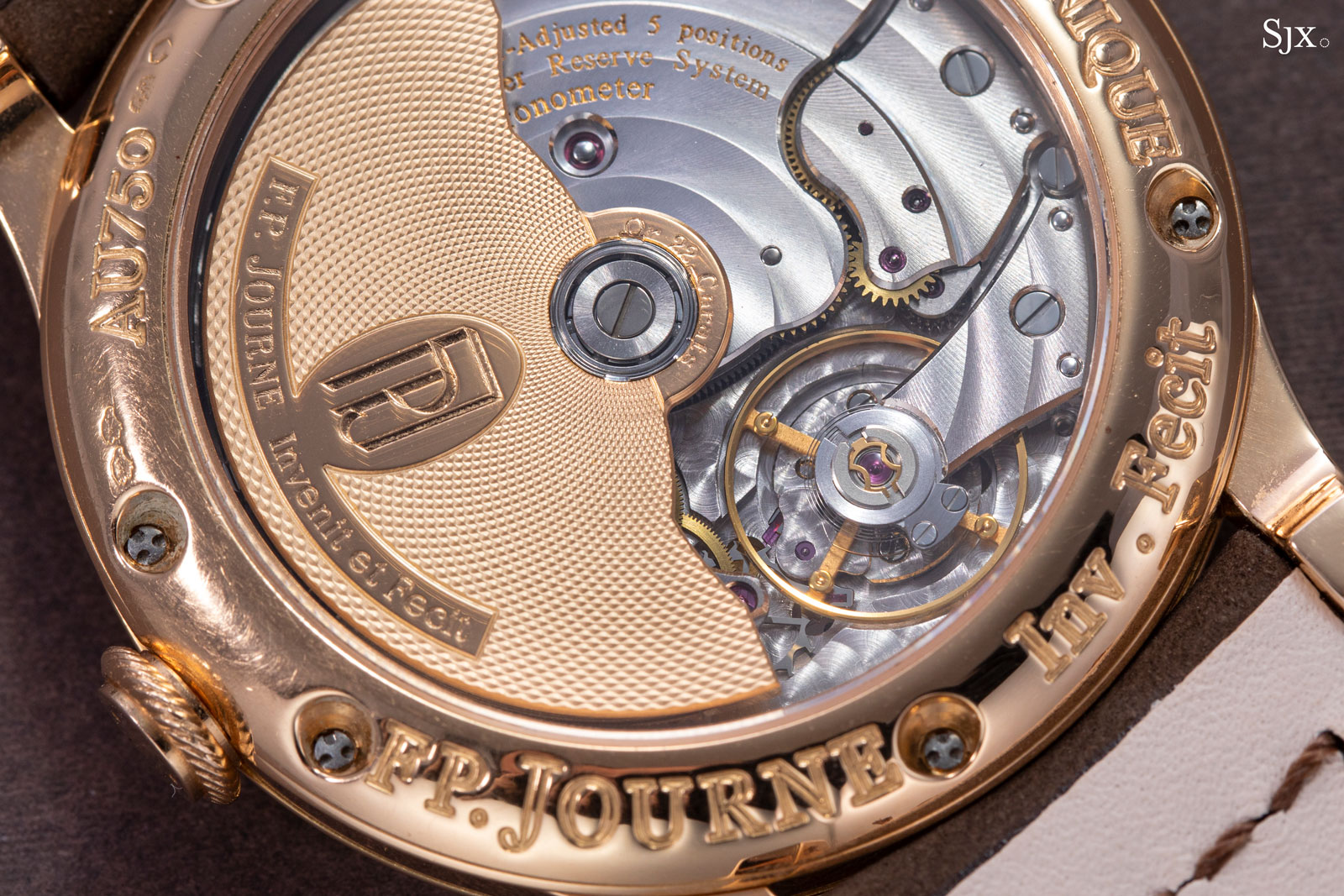 Finally, the Zodiaque was the first-ever limited edition from F.P. Journe (leaving aside the Souscription watches). The example that’s going under the hammer is more than that of course.

Although F.P. Journe has long made customised watches for clients, typically with special-order dials, the brand very, very rarely marks such watches as “Piece Unique”. This Zodiaque bears this engraving on the back where the serial number would ordinarily be. And it is accompanied by a letter signed by Mr Journe attesting to its unique nature. (Unfortunately the letter is the only document that accompanies the watch as the owner misplaced the original box and papers.) 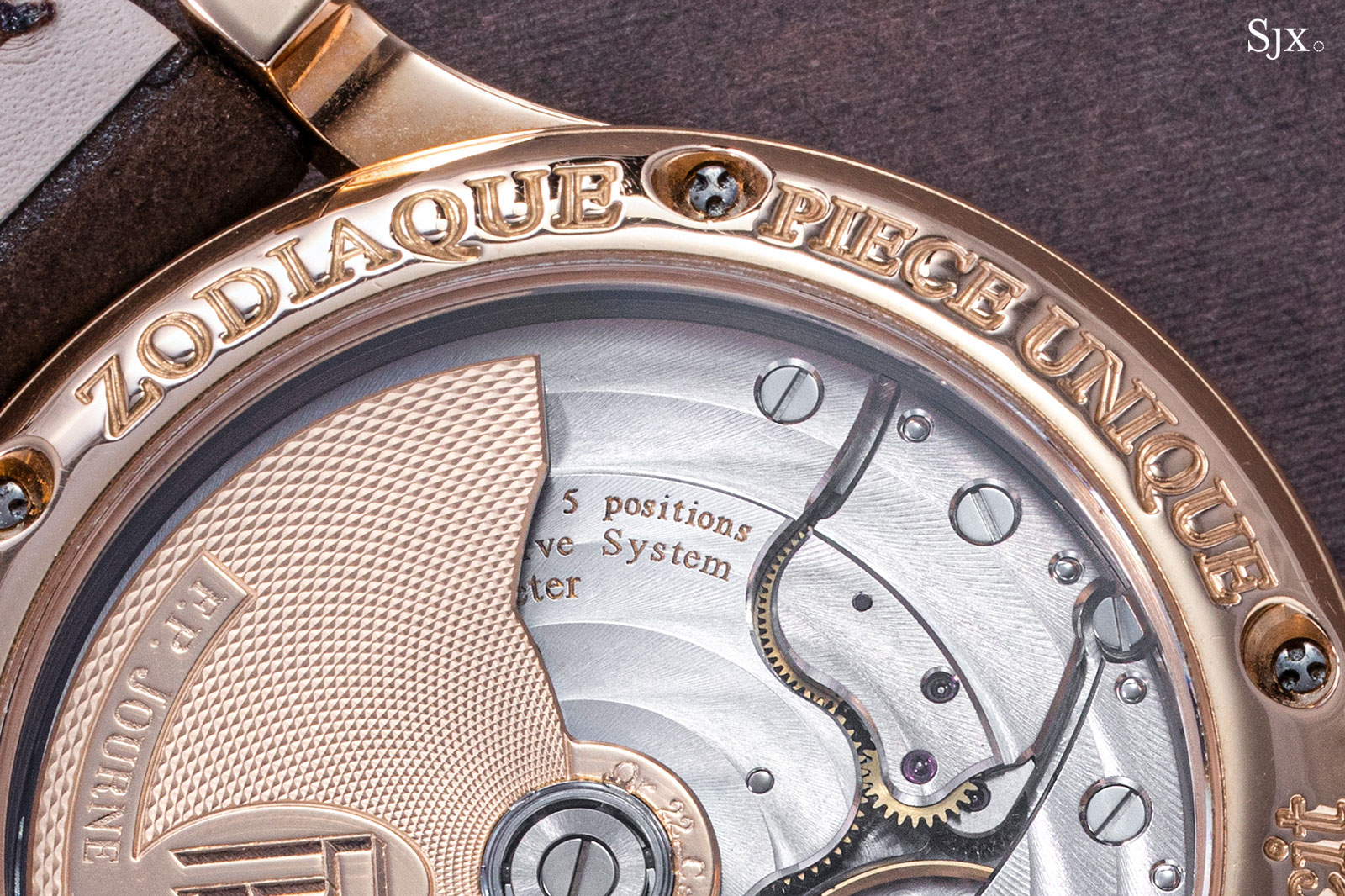 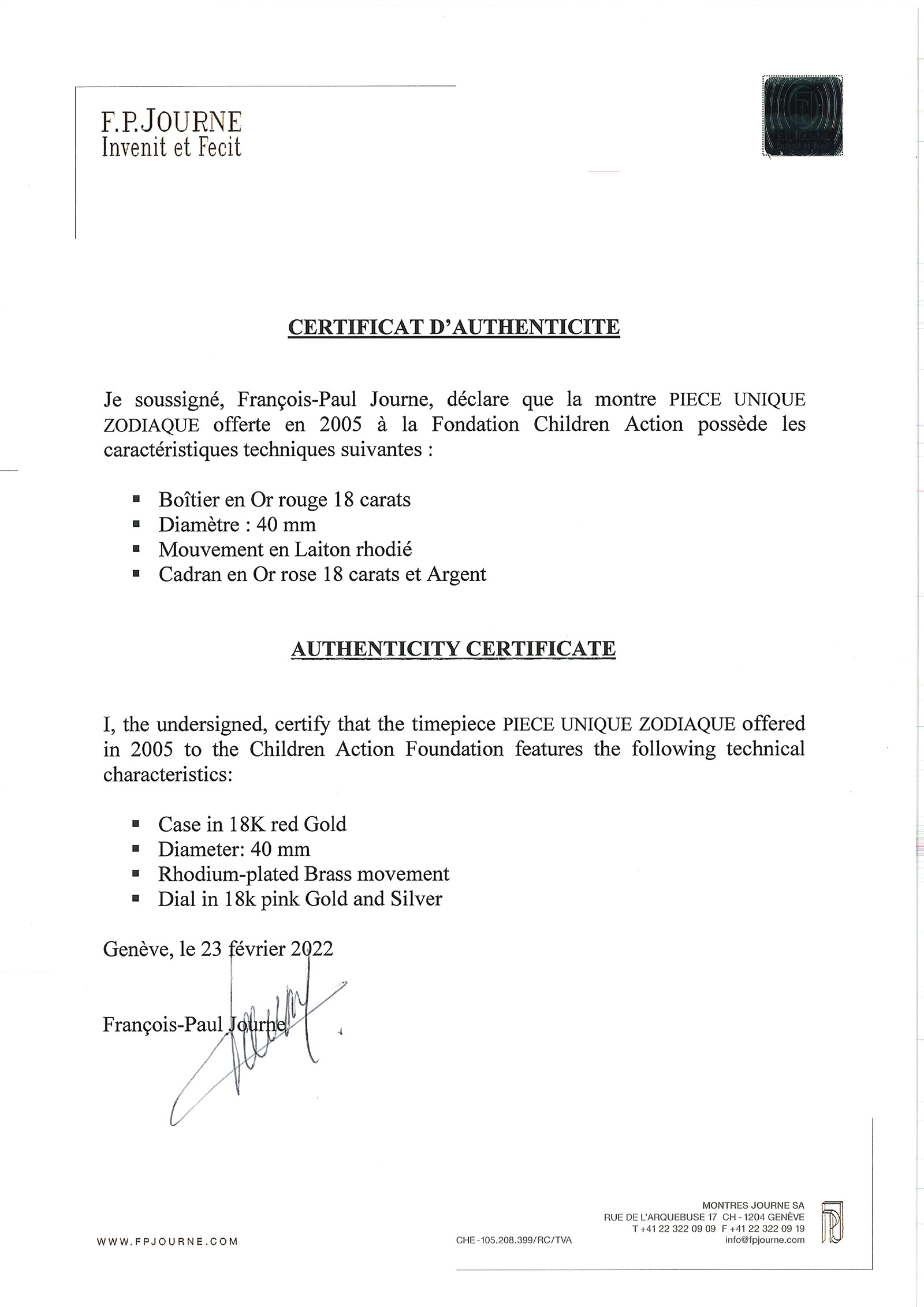 This Zodiaque is unique in most respects, being different from the limited edition in both case material and dial colour. In fact, it looks almost like an entirely different watch, despite being functionally identical.

While the limited edition had a platinum case and grey dial, this Zodiaque has a pink gold with a matching, pink gold dial. The result is striking in its bright, warm colours, instantly setting it apart from the coolly restrained limited edition. 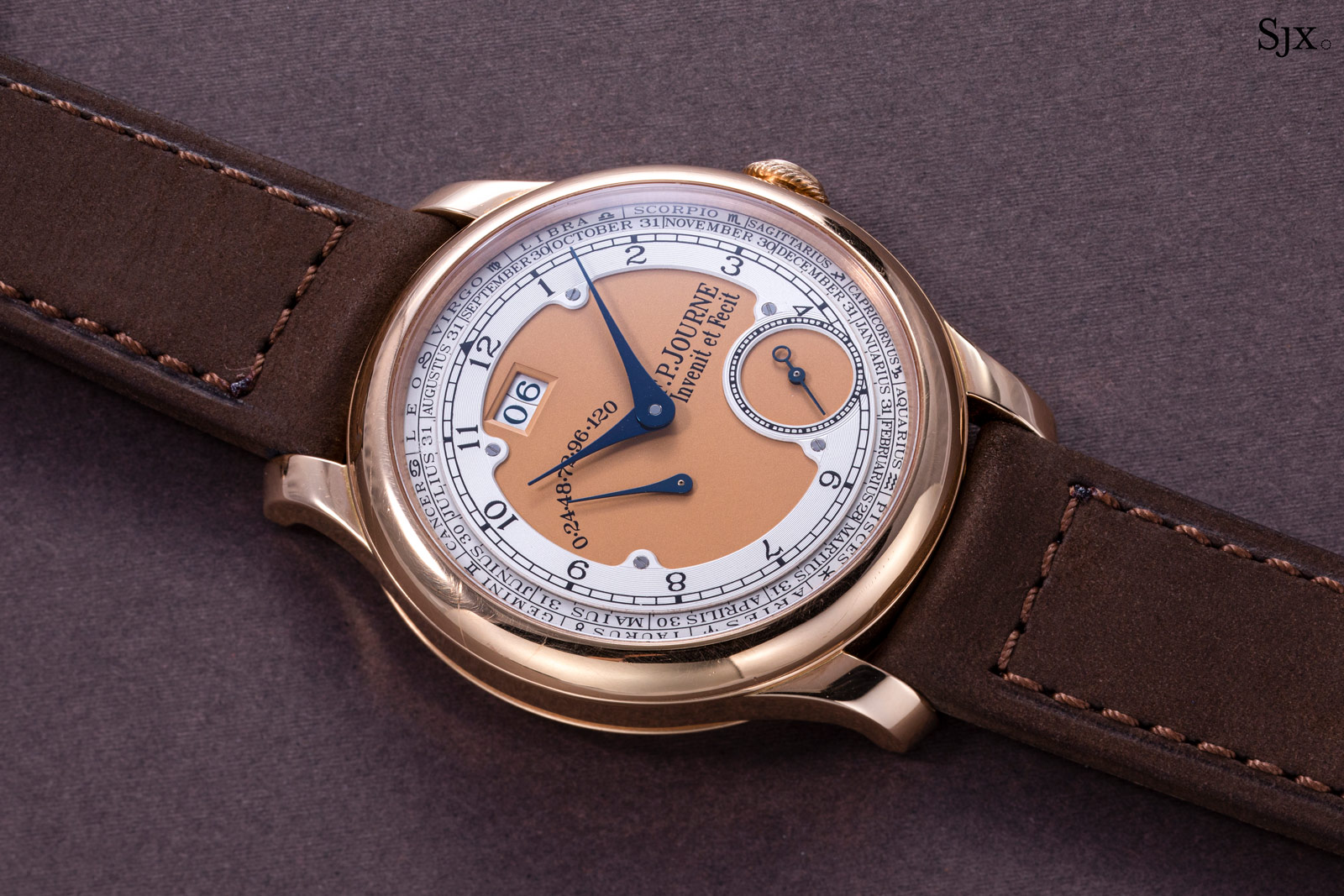 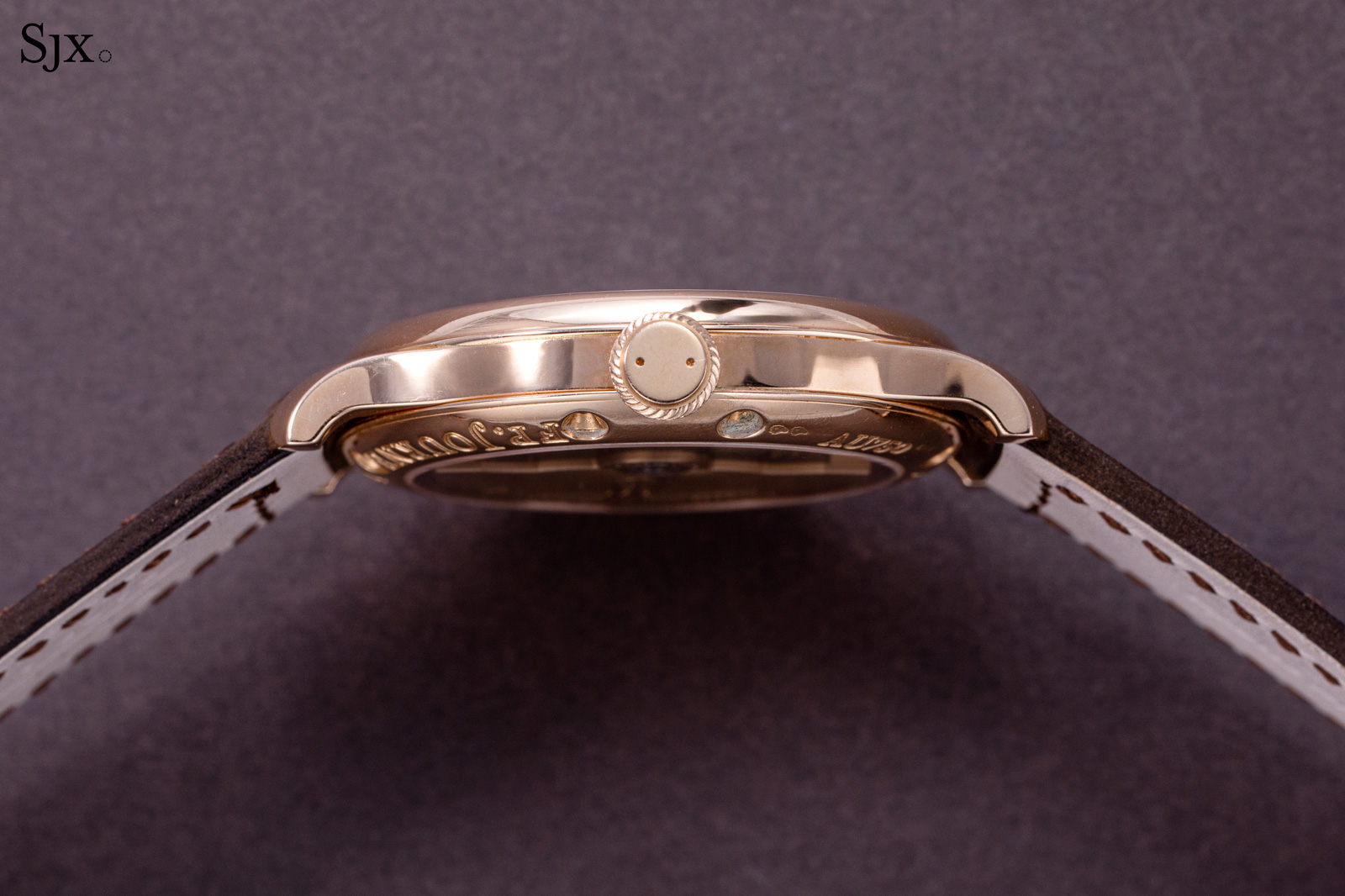 Like many of F.P. Journe’s Octa watches, the Zodiaque has both an oversized date display and power reserve indicator. But its key complication are the ring on the periphery of the dial that indicates both the sign of the zodiac along with the approximate date and month – both are read via the pointer at 12 o’clock. Notably, all the months are rendered in latin to match the names of the zodiac signs, which are derived from the same language. 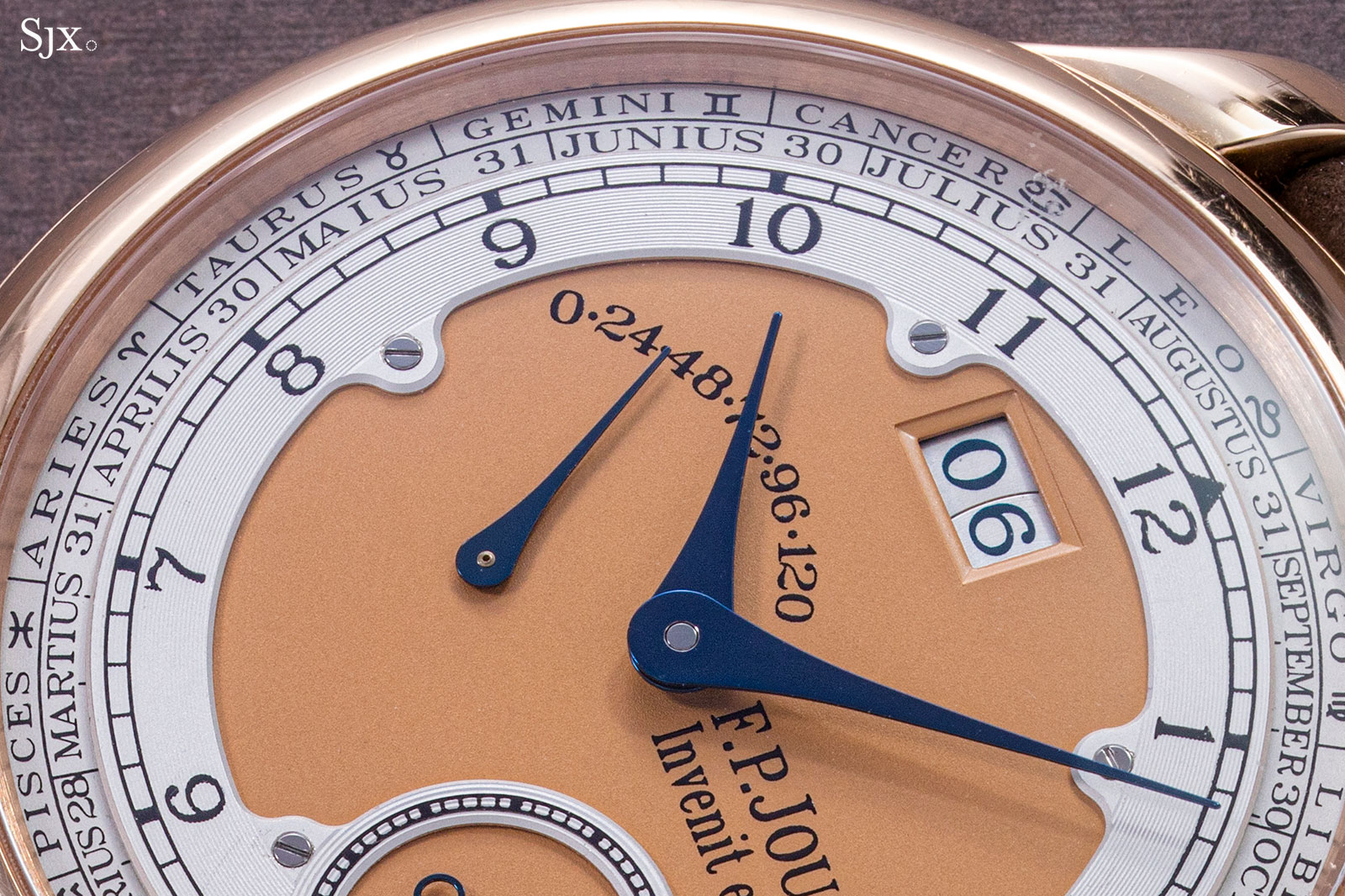 The familiar date and power reserve

The dial is done in the rose gold finish that was a standard option for most of F.P. Journe’s watches at the time – the other was the medium grey that is perhaps the brand’s signature colour – but here the colour is especially striking, in part due to the unbroken expanse of dial in the centre. 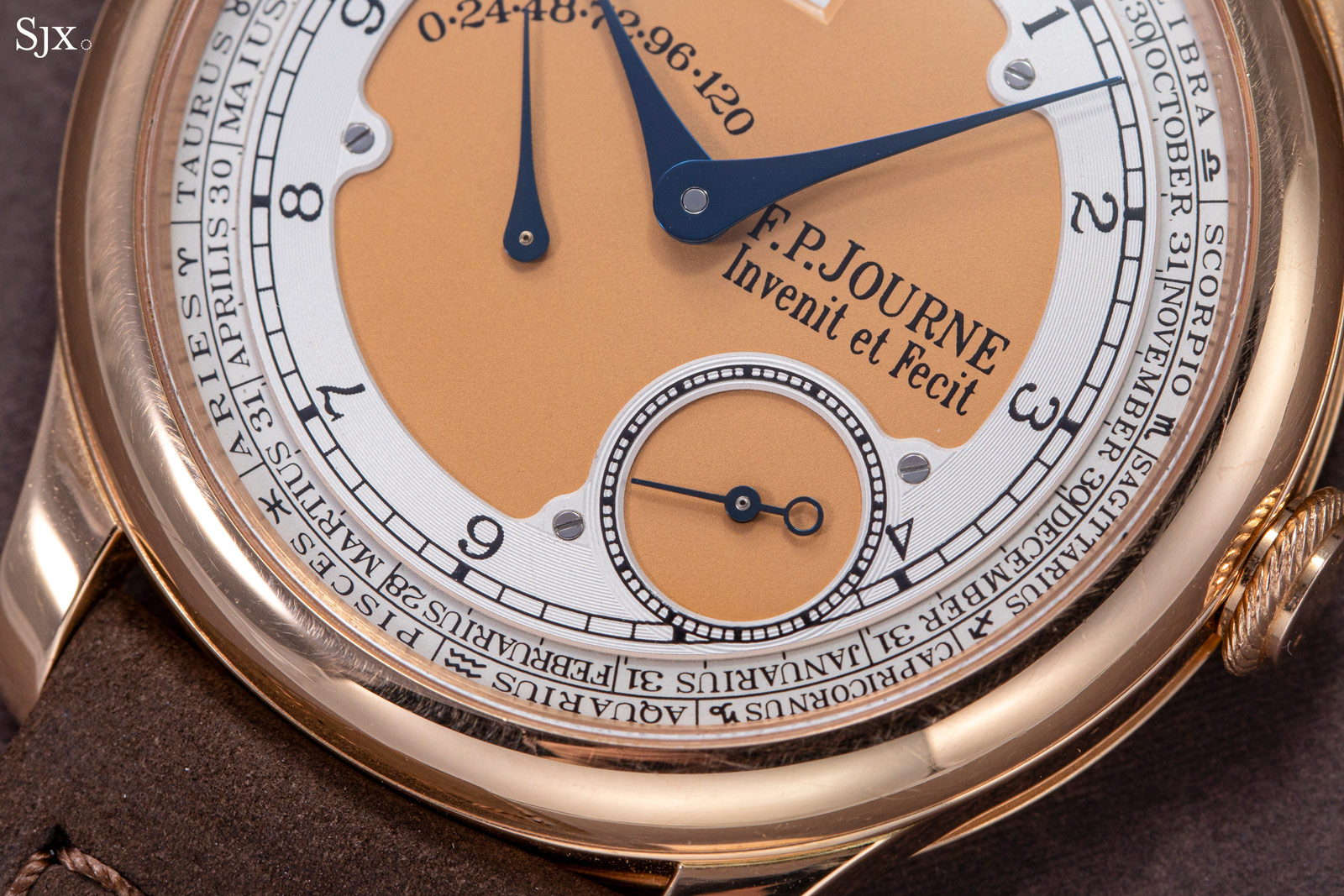 Mechanically, the Zodiaque “Children Action” is identical to the standard model. Inside is the cal. 1300 that has underpinned all of F.P. Journe’s Octa models for some two decades. Slim but boasting a five-day power reserve, the cal. 1300 has served as a base for a diversity of complications, ranging from a chronograph to the five-finger automaton display of the FFC.

Amongst the movement’s most distinctive visual features are the slightly off-centre rotor and the four-spoked free-sprung balance wheel. These elements have been retained in the latest generation of the movement, which has been substantially upgraded but retains largely the same layout, albeit with its bridges and base plate now in solid red gold. Like all early F.P. Journe movements, this has rhodium-plated brass plates 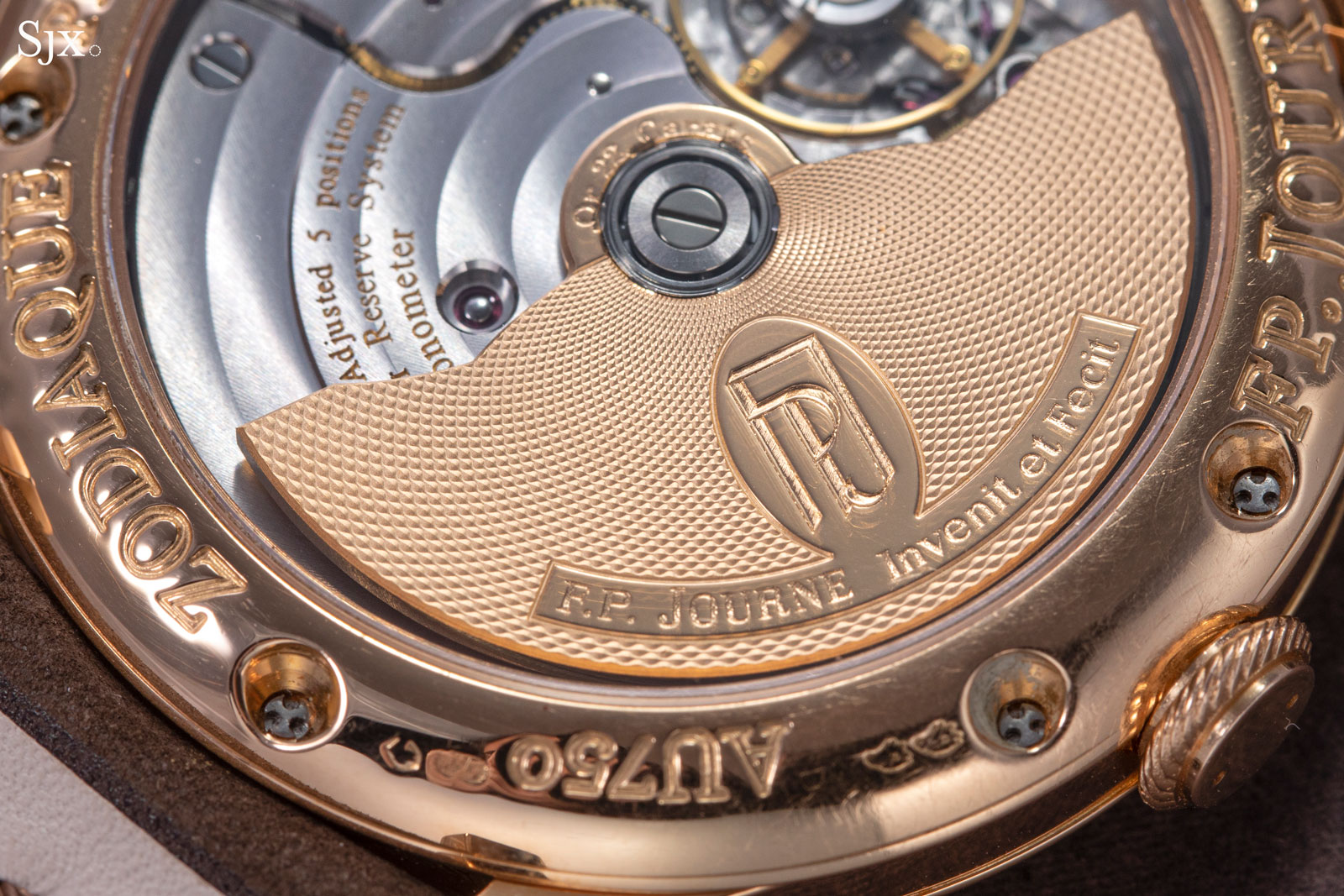 In an encore of the Children Action dinner in 2005, the owner of the watch has pledged to donate all proceeds from the sale of this watch to Children Action. Phillips, in turn, will donate the buyer’s premium to the charity as well.