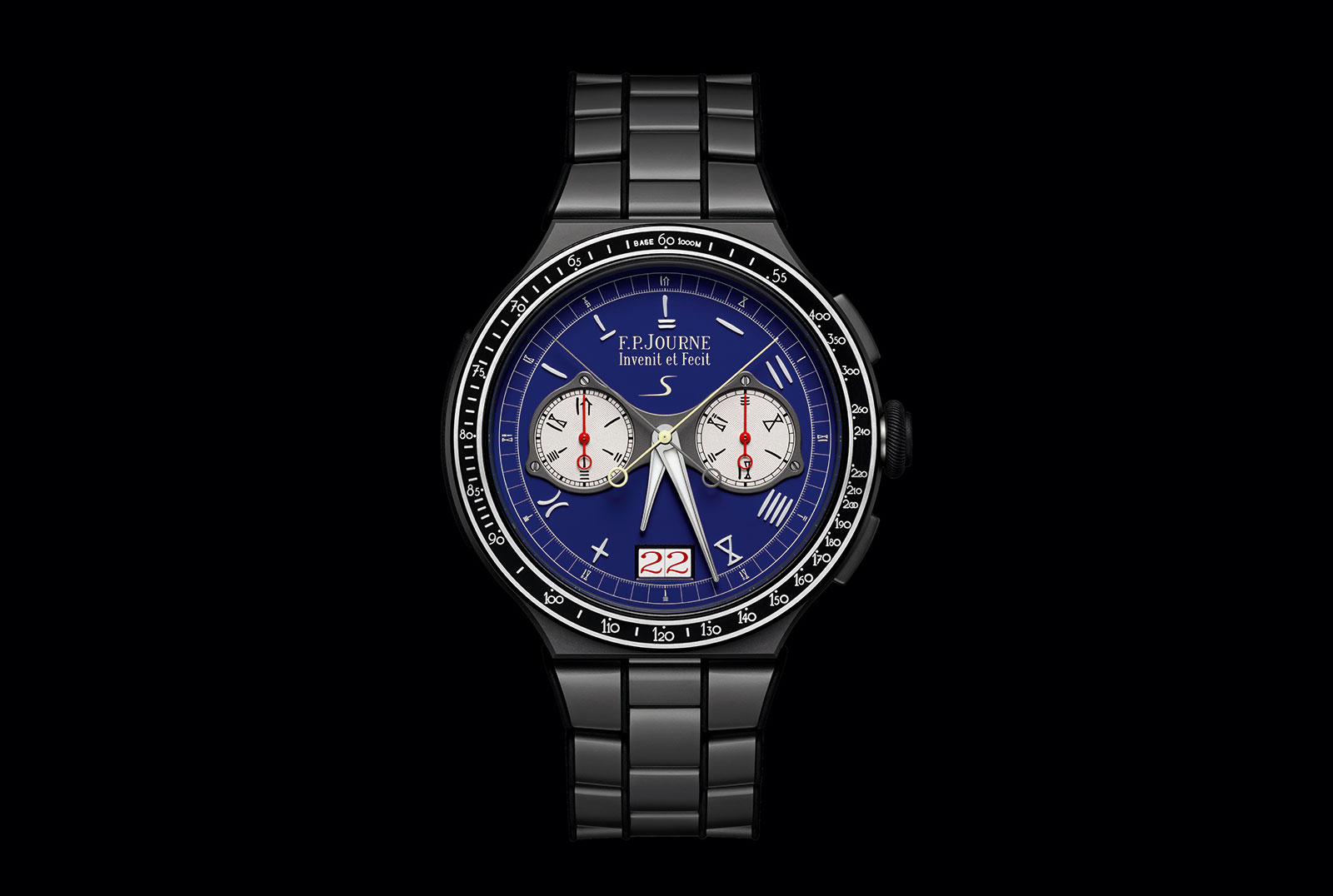 While the catalogue encompasses a Monaco Grand Prix experience and a Jeff Koons ballon dog, the highlight is probably the one of a kind F.P. Journe Chronograph Monopoussoir Rattrapante created expressly for the event, which marks its 10th anniversary in the city state.

It is only the second publicly known, unique split-second F.P. Journe wristwatch to date, after the Only Watch timepiece that sold for US$1.15m last year. F.P. Journe has also made a handful of custom versions of the Chronograph Monopoussoir Rattrapante for special clients, but they have not been publicised.

The watch made for the Prince Albert II of Monaco Foundation is unusual in its typography, being a first for the brand. The numerals on the entirety of the dial – from the chronograph registers to the outer minute track – are in oracle bone script, the oldest type of Chinese characters known. Found on animal bones used for fortune telling, the script dates to some 3200 years ago. The rest of the watch is identical to the stock version, with a 44mm case in titanium fitted with a ceramic bezel. As is standard for F.P. Journe sports watches, the case and bracelet are capped with protective rubber inserts. These cover the sides of the case and bezel, as well as the crown and chronograph buttons.

Inside is the hand-wound cal. 1518 that has an 80-hour power reserve. Here its bridges and base plate are made of hardened aluminium for lightness, while in the precious metal versions of the watch the movement is executed in 18k red gold.

The movement is just 6.8mm high, making it one of the slimmest split-seconds on the market, allowing the case to stand just 12.1mm in its entirety. The standard Chronograph Monopoussoir Rattrapante in titanium retails for S$90,800 in Singapore, or SFr58,000, which is about US$58,000.

All of the proceeds from the sale go to the Prince Albert II of Monaco Foundation, a charity that supports environmental conservation.