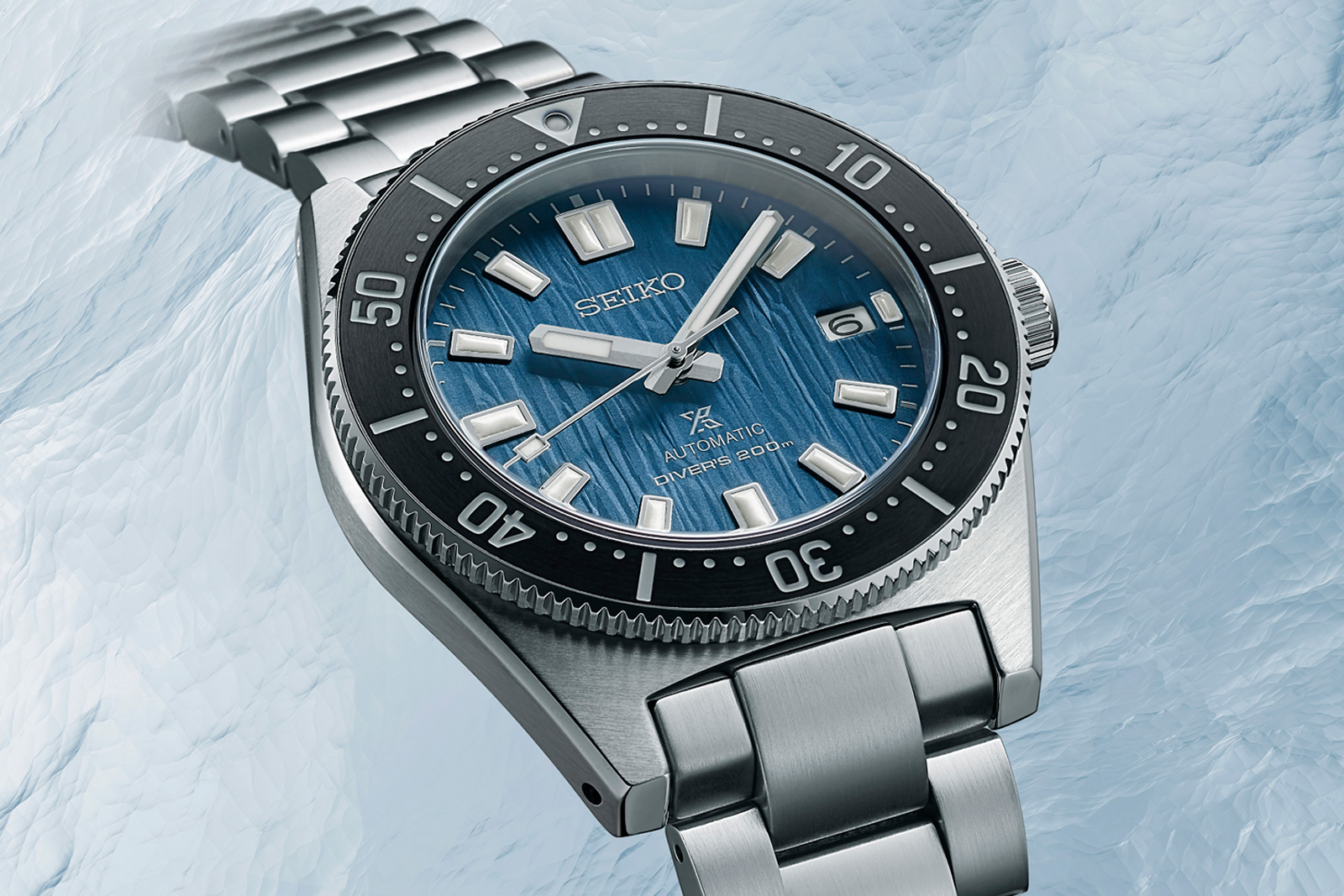 Sticking to a tried-and-tested formula, Seiko has united a trio of its bestselling dive watches into a thematic collection. This year’s offering is the Prospex Save the Ocean Special Editions, a trio of dive watches (the refs. SPB297, SPB299, and SPB301) featuring textured dials modelled on the surface of polar ice. As with past Save the Ocean editions, part of the proceeds from the sale of the new models will be donated to ocean conservation organisations.

Easy to like because of their vintage-inspired style and affordability, Seiko’s “Modern Re-interpretation” dive watches have just gotten better with the new trio, thanks to interesting, textured dials in pleasing colours. Even amongst the countless iterations of the same models, the new arrivals still manage to distinguish themselves, especially the models in light blue and white, both uncommon colours for dive watches. 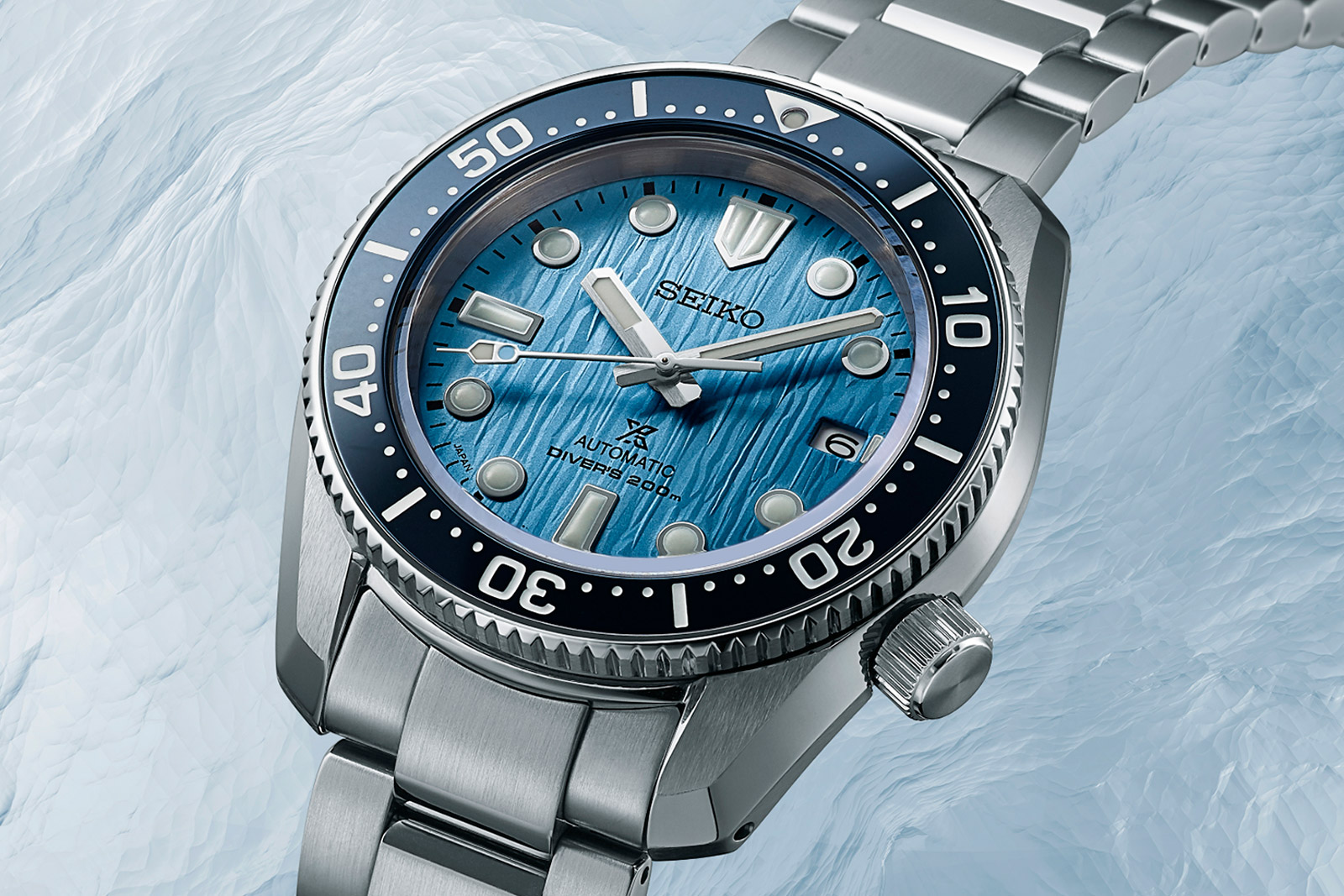 Interestingly, the new watches might look identical to past versions save for the dials, but they are not. All three feature steel cases that have a “super-hard coating”, which was absent in earlier models, explaining why the new models cost more than last year’s military-style special editions.

While Seiko’s schedule of frequent new launches are a little tedious to keep up with, the proliferation of such watches is probably justified, simply because they are mass produced and affordable, making them easily accessible for almost anyone. As such, new versions in cool colours are for the better. 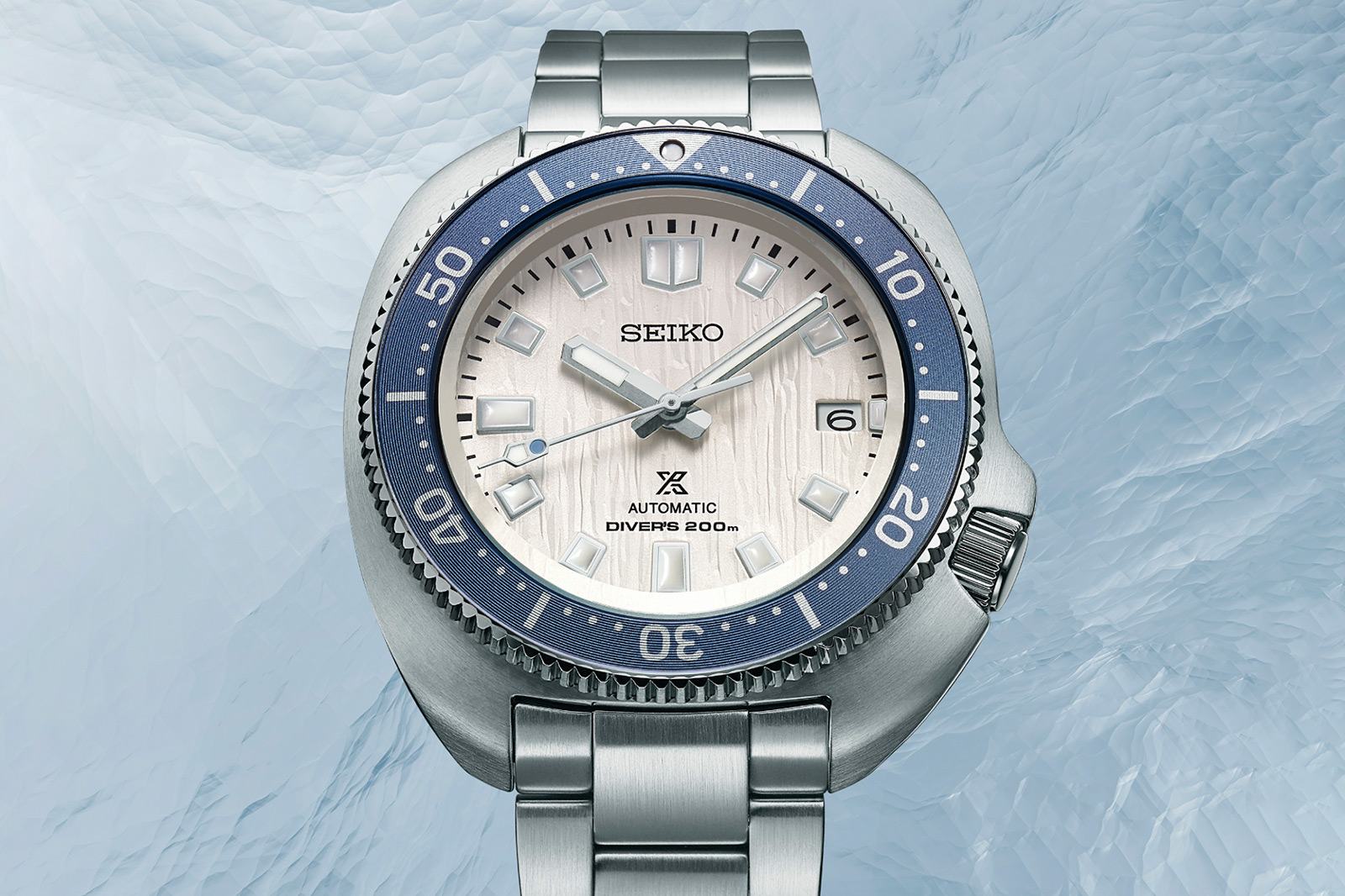 The “Modern Re-interpretation” dive watches have mostly been hits, which can be attributed to their vintage-inspired design and moderate case sizes.

The bestsellers amongst them are often those in the middle of the price range, namely those powered by the cal. 6R35. That selection includes the 1965, 1968 and 1970 Diver’s Modern Re-interpretation models – and all three have been given the “glacial” treatment.

One of the notable models is the SPB297, which is based on the “62MAS” of 1965, but with a contrasting blue-and-black palette. While the dark blue is common for dive watches, the texture is unusual.

Another standout amongst the trio is the SPB299 modelled on the brand’s Hi-Beat diver from 1968. This has an “ice blue” dial that’s currently desirable. 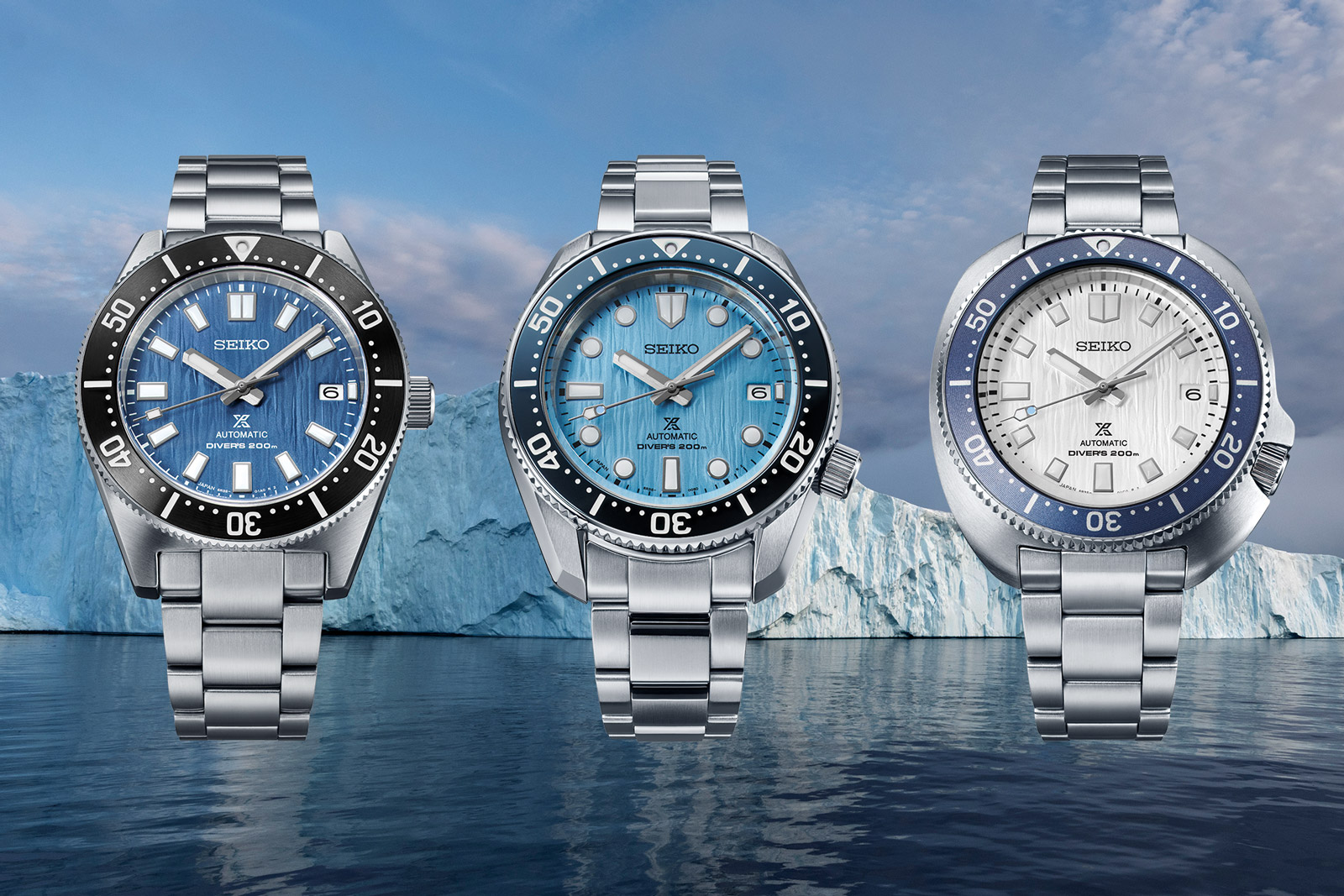 Although all three watches were designed to the same theme, they are distinguished by their details, illustrating the attention to detail in their design.

The bezels, for example, are finished differently. While the SPB297 has a brushed bezel, the SPB299 has a glossy ceramic bezel. And the bezel of the SPB301 is most unusual with its deep, concentric graining. 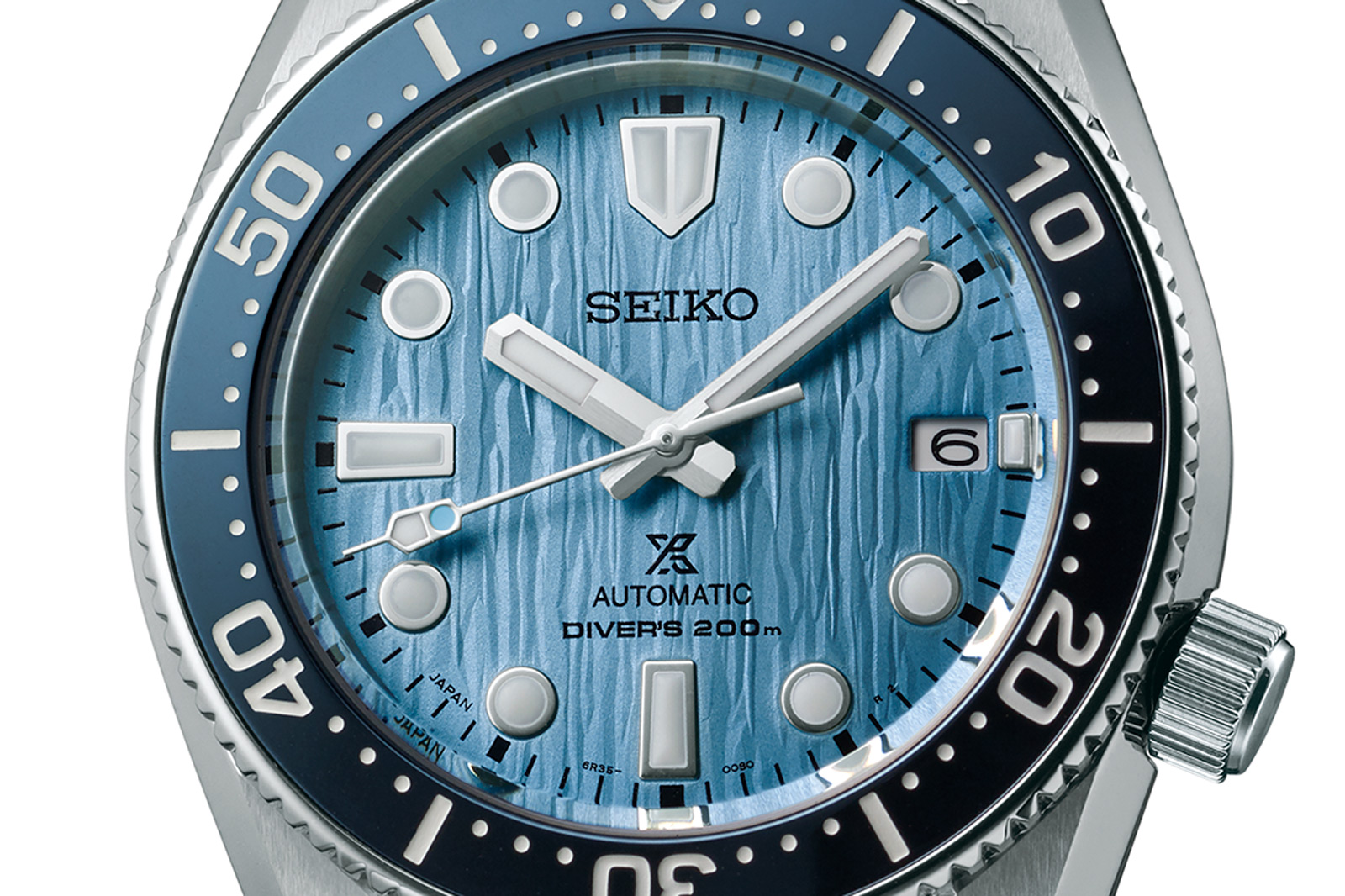 As is traditional with the Save the Ocean editions, a portion of the proceeds from the sale of these watches will go to maritime conservations organisations, including the PADI Aware Foundation that helps clean up ocean waste in the oceans and the National Institute of Polar Research that studies the effects of climate change in Artic and Antarctic.