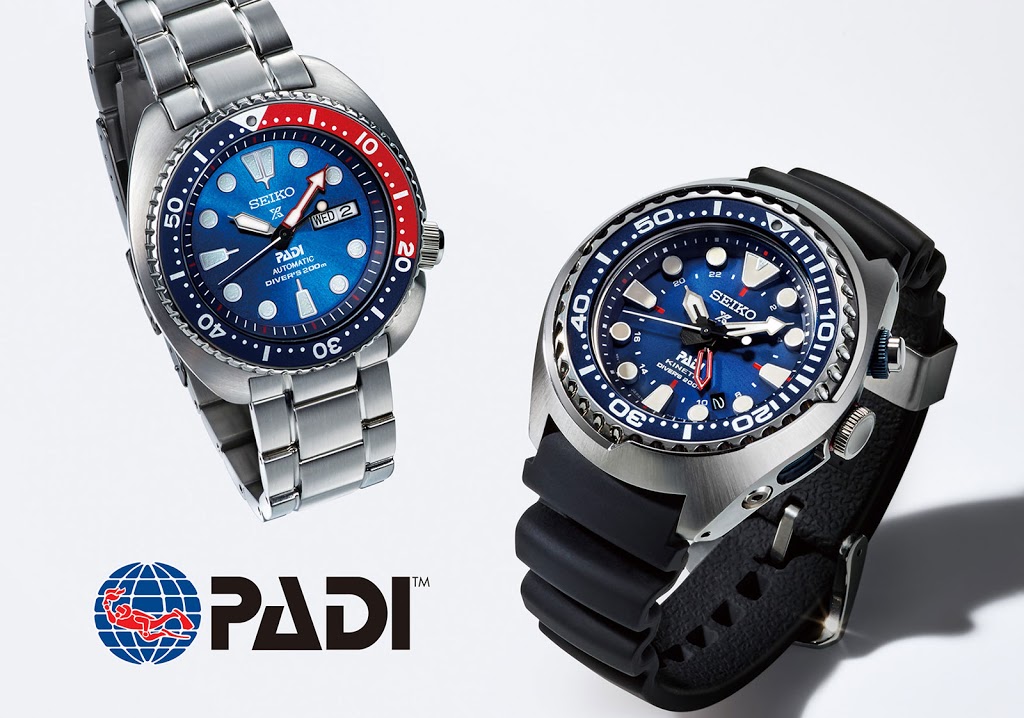 Founded just months after Seiko launched its first diver’s watch in 1965, the Professional Association of Diving Instructors (PADI) is the world’s biggest diver training organisation. The Japanese watchmaker just inked an agreement with PADI to promote diving and marine conservation, an occasion that has produced a pair of special edition dive watches, including a 6309 diver remake in blue and red, echoing the colours of the PADI logo.

Return of the “Turtle”

The “Pepsi” diver is the Automatic Diver’s ref. SRPA21-K1 with a cushion-shaped, 45 mm stainless steel case. It’s modelled on the ref. 6309 diver produced from the mid 1970s to late 1980s, with the case shape giving rise to the nickname “Turtle”. Inside is the automatic 4R36 movement.

Nearly identical to the regular production “Turtle” diver (the refs. SRP777 and SRP779), the PADI edition is distinguished by its metallic finish blue dial with the PADI logo at six, as well as the blue and red bezel. Another feature unique to the PADI edition is the red minute hand with matching red five minute hash marks. Sold with a steel bracelet, this will retail for €430 or US$525, available starting end July 2016. And a Kinetic GMT

The second special edition is the Kinetic GMT Diver’s SUN065. Clad in a similar red and blue livery, this is modelled on the regular production Kinetic GMT Diver’s SUN021 and SUN023. The stainless steel case is a large 47.5 mm in diameter, while the movement is a hybrid electro-mechanical construction with automatic winding that charges a capacitor which in turn powers a timekeeping chip. The price is €630 or US$695, available starting end August 2016. Seiko at Baselworld 2011 - including the Seiko Credor minute repeater