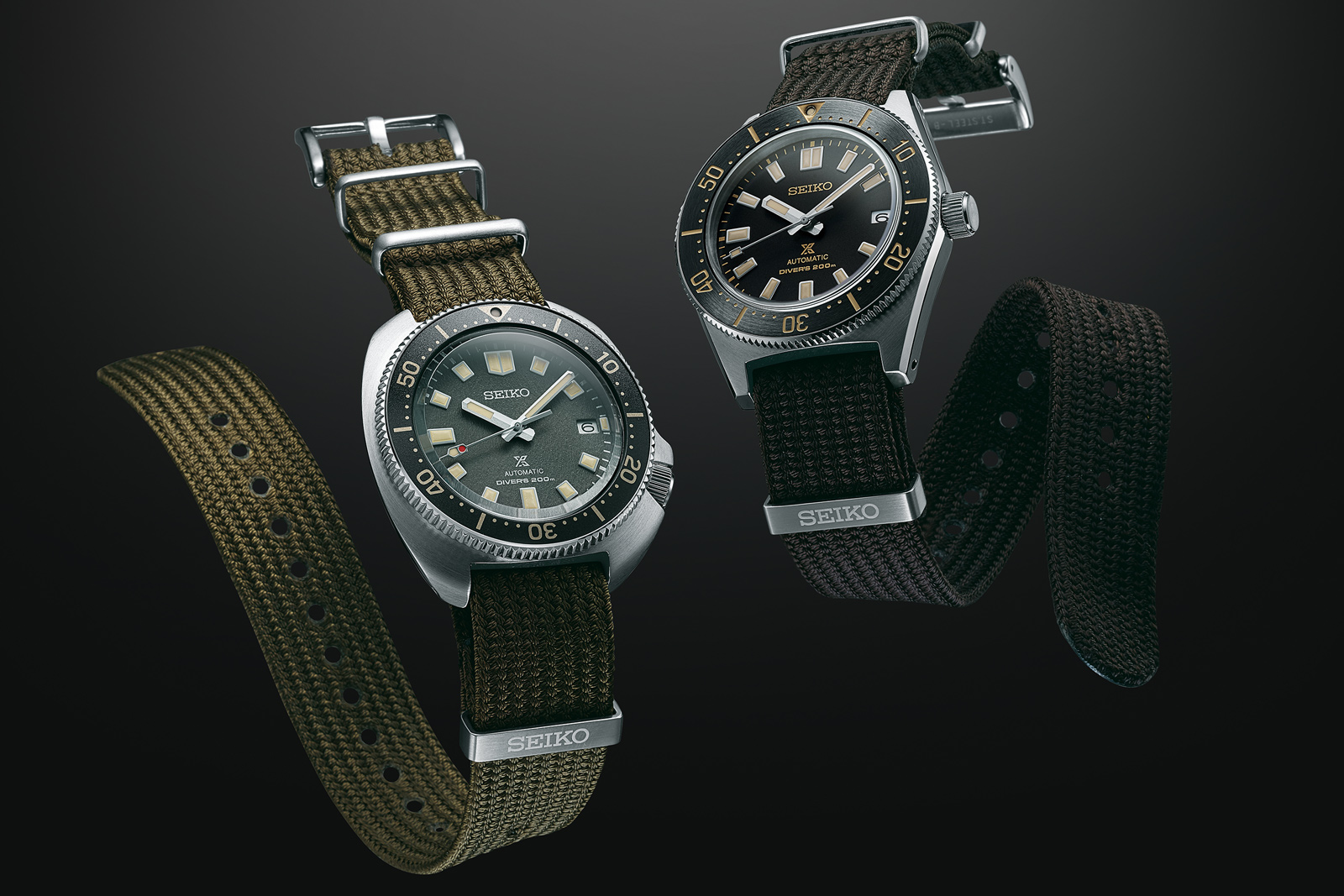 Twenty-twenty marked 55 years since Seiko’s first foray into dive watches, which was the ref. 6217 “62MAS” of 1965. Naturally, it introduced myriad vintage remakes to mark the occasion – not only of the “62MAS” but also other dive watches of the era like the ref. 6105 “Turtle”. 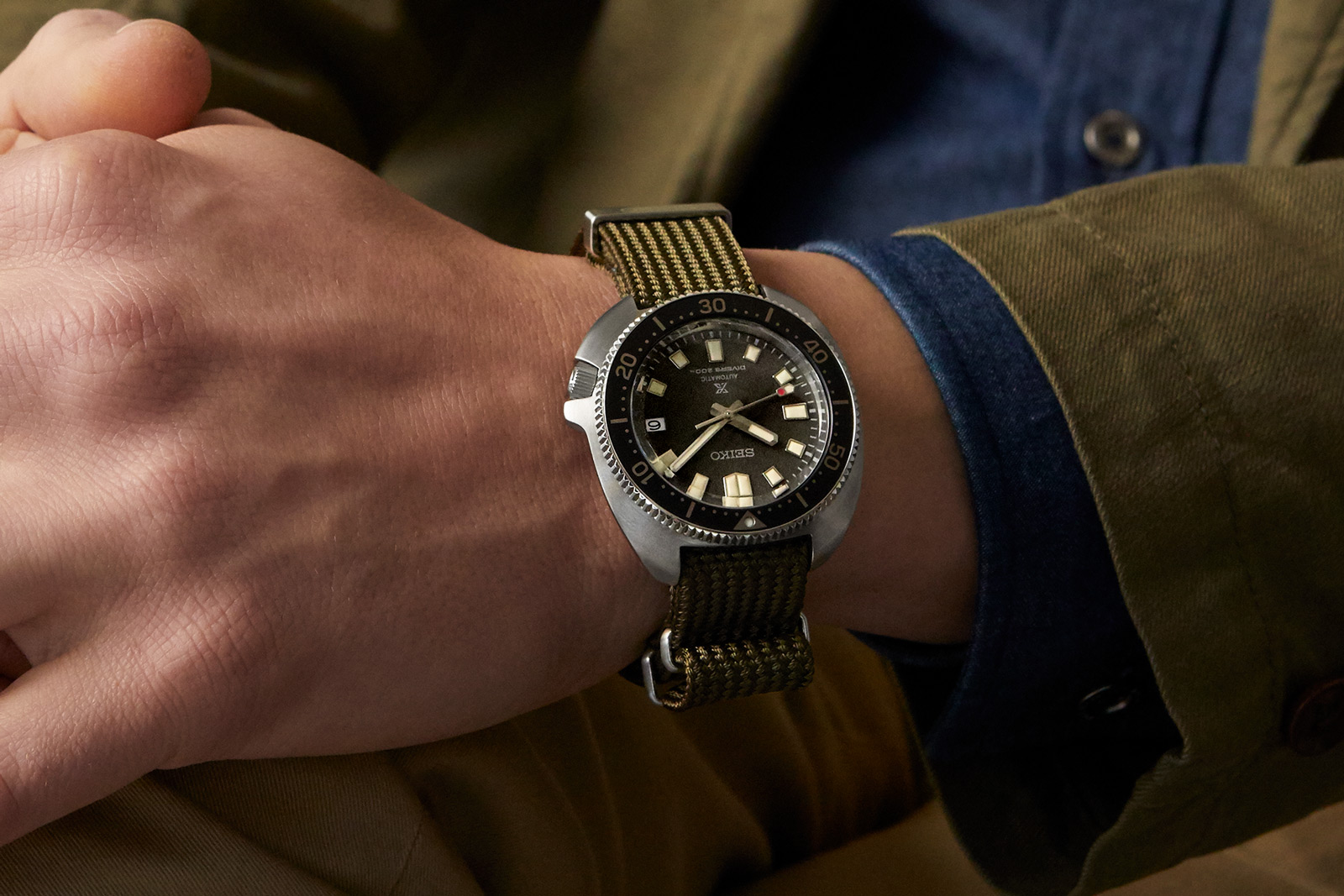 There have been numerous remakes of Seiko dive watches, including several limited editions – but all are practical, affordable watches, so more isn’t necessarily a bad thing. The result is a variety of iterated case and dial combinations with something for almost everyone.

The new models are as good looking as their immediate predecessors, since they are essentially alike save for minor tweaks, namely the woven-fabric strap and dial colour. 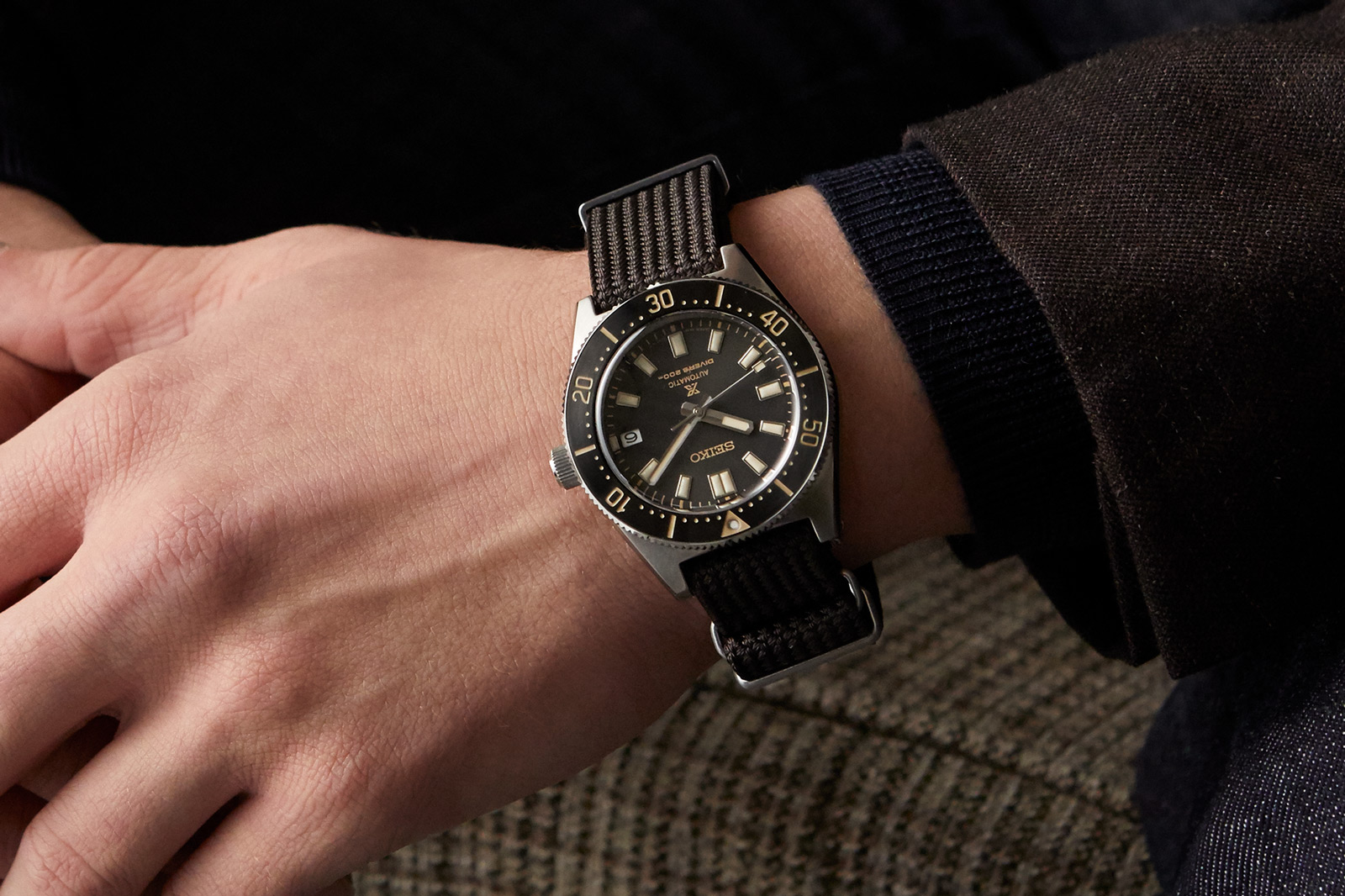 The “62MAS” remake with a brown “sunburst” dial

Each model is delivered with a pair of NATO-style fabric straps that add a bit of vintage charm to the look, especially compared to the rubber straps usually found on dive watches.

Although the fabric straps are merely, well, fabric straps, they are special. The straps are braided with the technique known as seichu, traditionally used to weave obijime, the cord used to secure a kimono. According to Seiko’s internal testing, the braided weave of the strap is four times as strong as an ordinary Seiko fabric strap, making the new band a perfect match for a no-nonsense dive watch.

The pair of straps do cost a bit more, as the new watches are US$200 more expensive than their equivalents that were delivered only with a rubber strap. For example, last year’s SPB147 was US$1,000, but the new SPB239 costs US$1,200. That still leaves both the new models relatively good value. 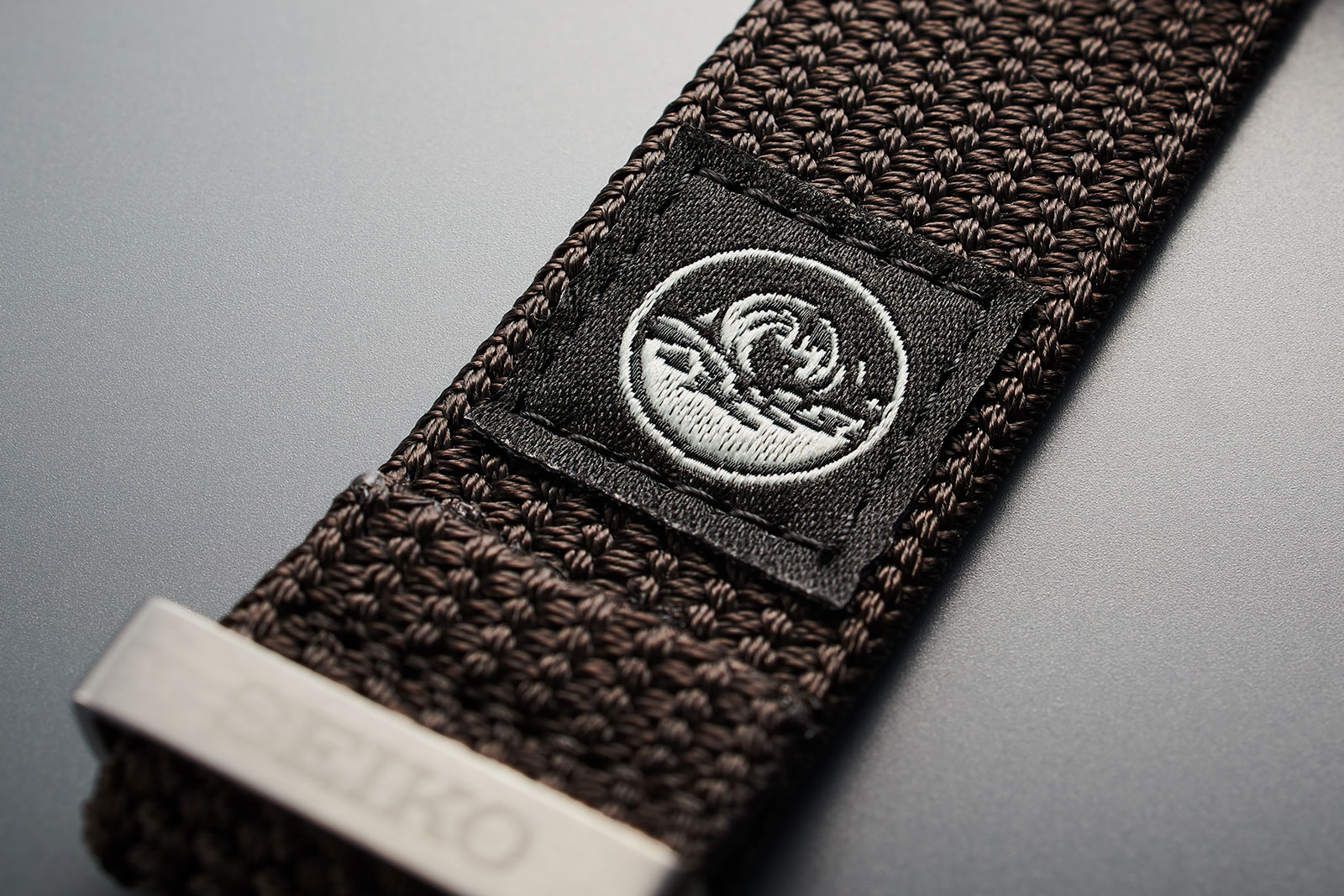 Both models have similar colours that are warm and earthy, a palette that is commonly found in vintage remakes since the hues evoke the faded dials of vintage watches.

Between the two, the “6105” remake is more unusual. It’s the first affordable 6105 remake with a textured dial. The “Naomi Uemura” editions announced earlier this year did feature patterned dials, but they cost substantially more because both were powered by the 8L55, a movement that’s basically a first-generation Grand Seiko movement without the fancy Grand Seiko decor. 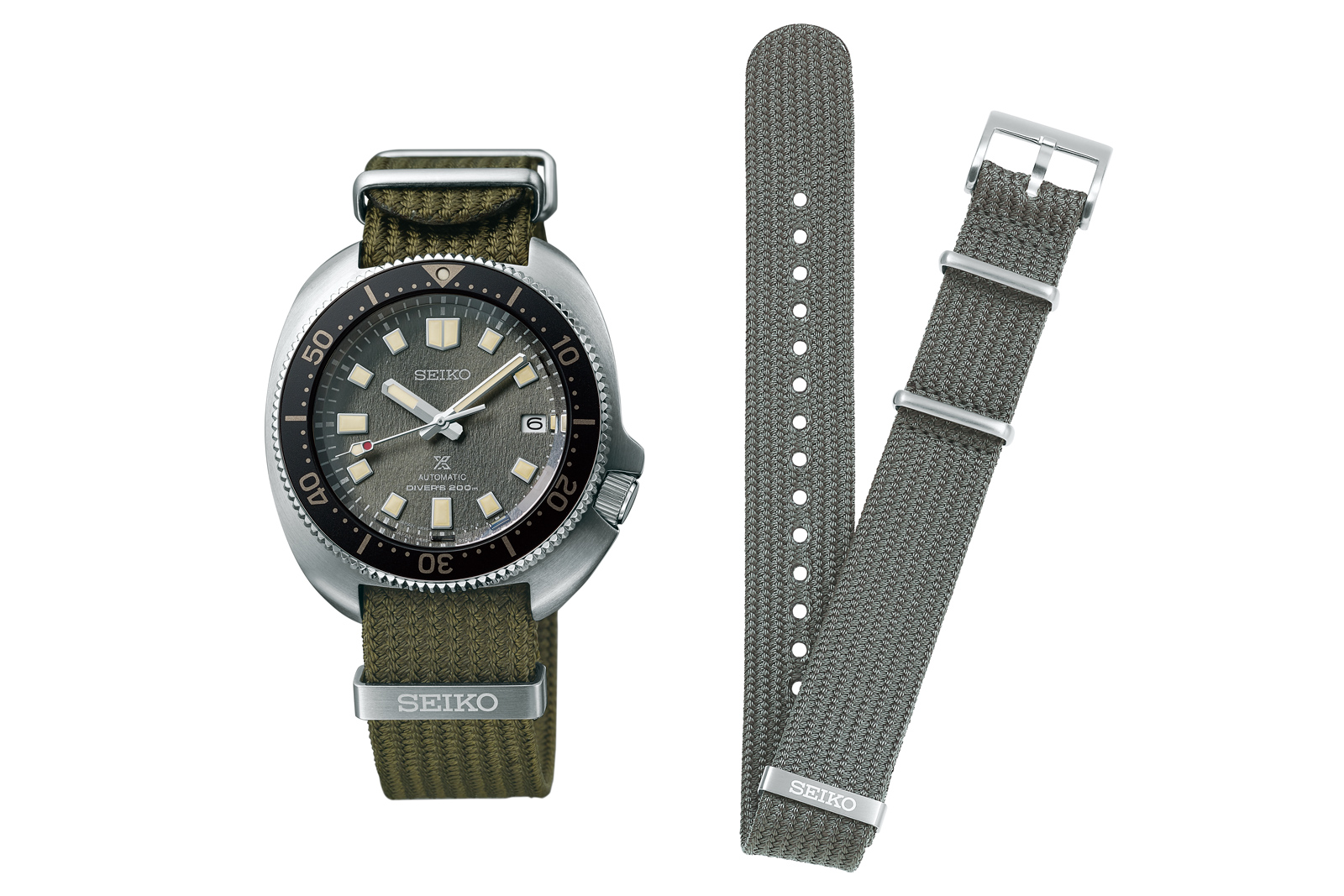 The “62MAS” remake, on the other hand, is too similar to the SPB147 introduced last year, which had brown dial in similar shade as well as cream numerals on the bezel. The differences between the two are minor: the hands and indices are silver instead of gilded. 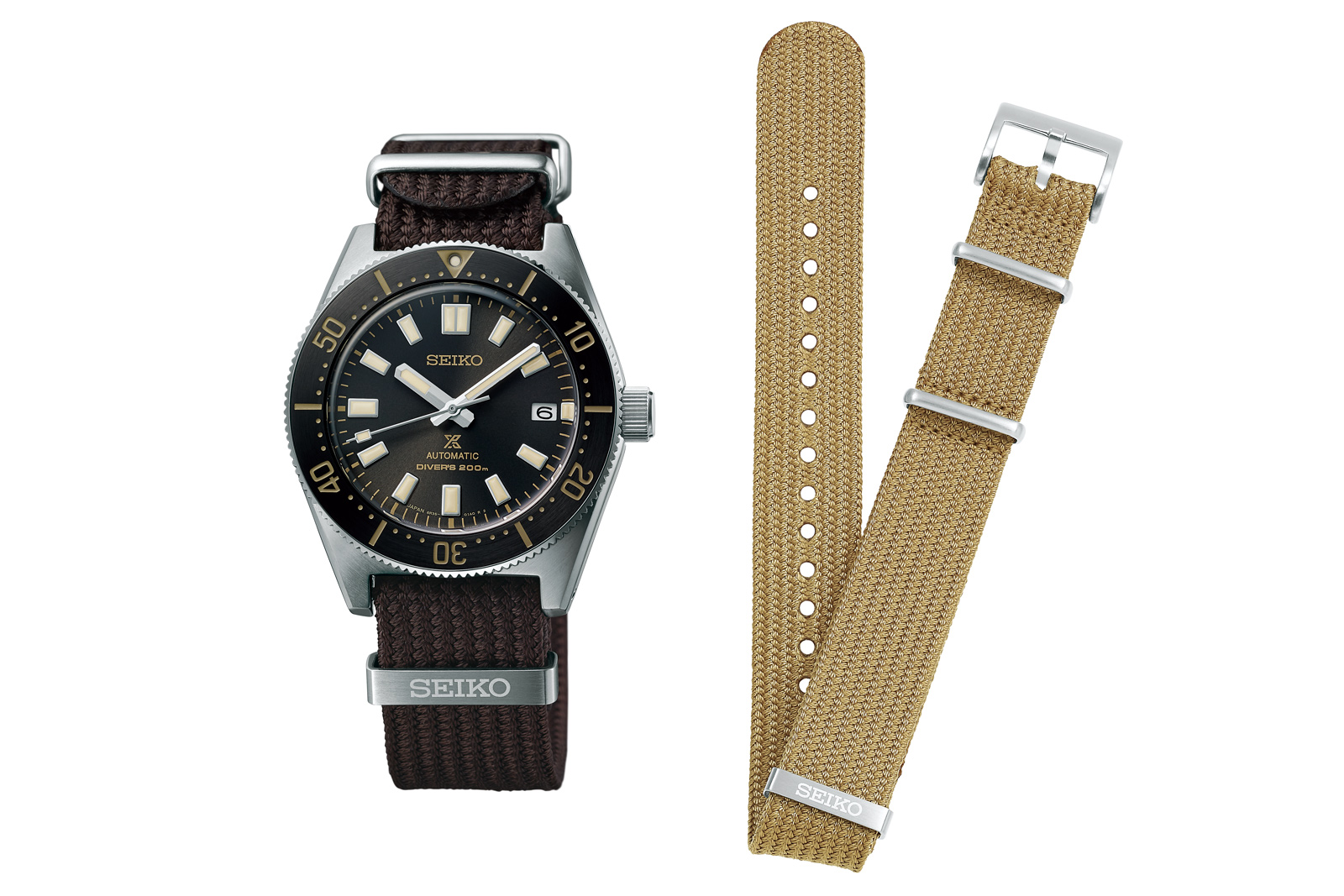 Limited edition: No
Availability: At Seiko Boutiques and selected retailers from June 2021 onwards
Price: US$1,200

Limited edition: No
Availability: At Seiko Boutiques and selected retailers from July 2021 onwards
Price: US$1,300