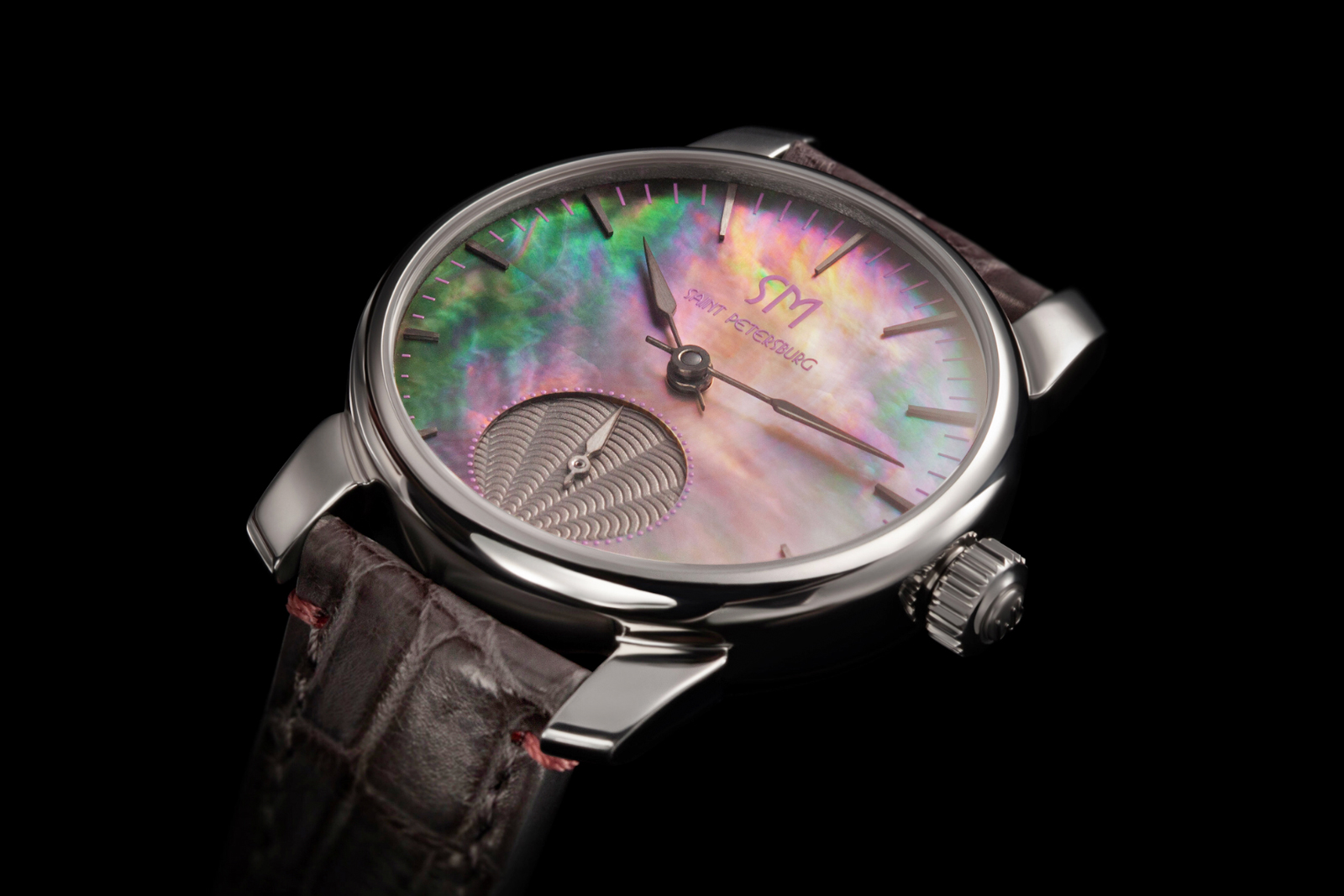 The result has been christened Dark Sky. Despite its simple format, the new watch incorporates several interesting details that help it stand out from the sea of industrially-produced timepieces that dominate in this price range.

As is the case with most of Mr Sushkov’s projects, the Dark Sky is basic in terms of function, but it scores well for aesthetics. It’s essentially a three-hand watch with unusual details, including a mother-of-pearl dial with pink accents and wavy guilloche on the seconds register. 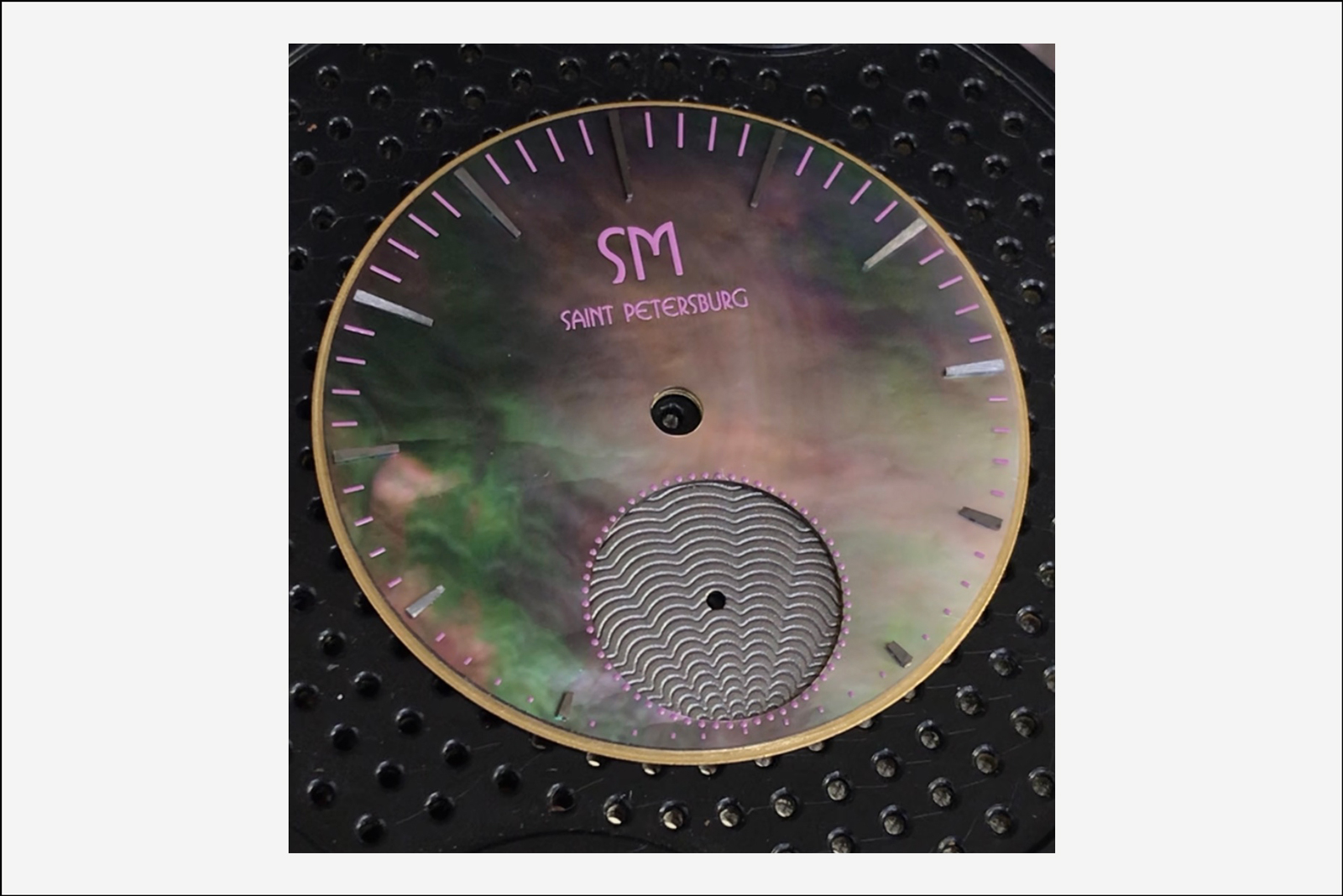 The owner’s inclinations are evident in the watch, because Mr Sushkov is able to accommodate a large degree of customisation, since he operates his own work workshop and produces most parts from scratch, including the hands, dials, and even cases.

The personalised and artisanal experience has long been a primary draw of independent watchmaking, but that experience often comes with high prices and a long waitlist, especially now.

Mr Sushkov’s work is unusual in its affordability. The Dark Sky costs €4,500 before taxes – entirely affordable and strong value considering the degree of customisation and the magnitude of workmanship required to accomplish that customisation.

The most eye-catching element of the Dark Sky is indeed the dial, which is a single piece of mother-of-pearl that possesses iridescent shades of green and pink. The striking colours belie its thoughtful details, such as the printed minute track that varies in size along with the hour markers that progressively shorten towards the seconds.

The hands stand in stark contrast to the dial – they are a matte grey-brown and almost dull. But they blend in perfectly with the dial, which as a whole evokes the colours of the sea.

At the same time, the hands do bring to mind Moritz Grossmann, which was almost certainly the inspiration for them. 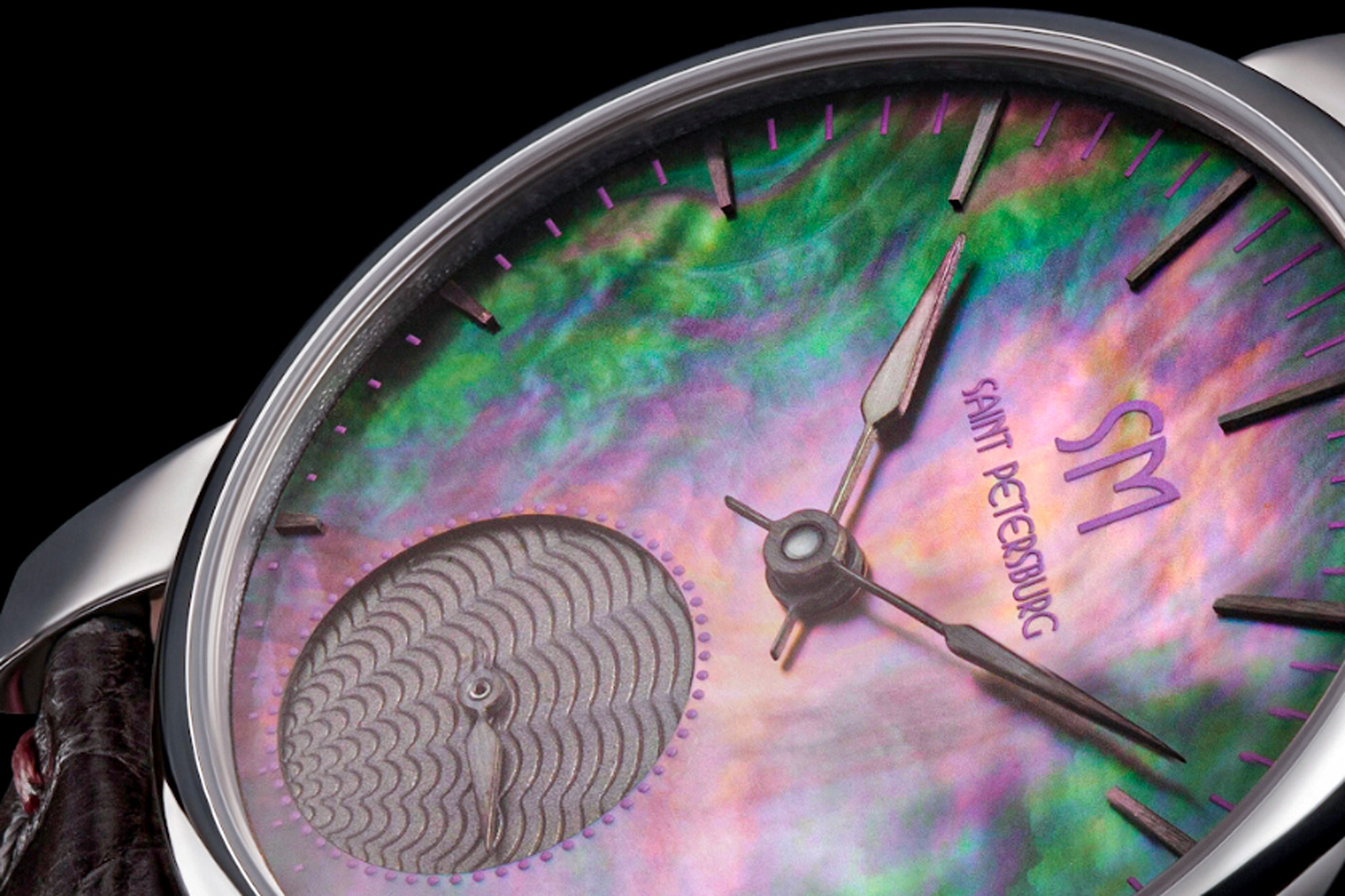 Both hands are lance-shaped

Also unusual are the lugs. They are broad and flare outwards from the case, resembling a modern taken on vintage “fancy” lugs. 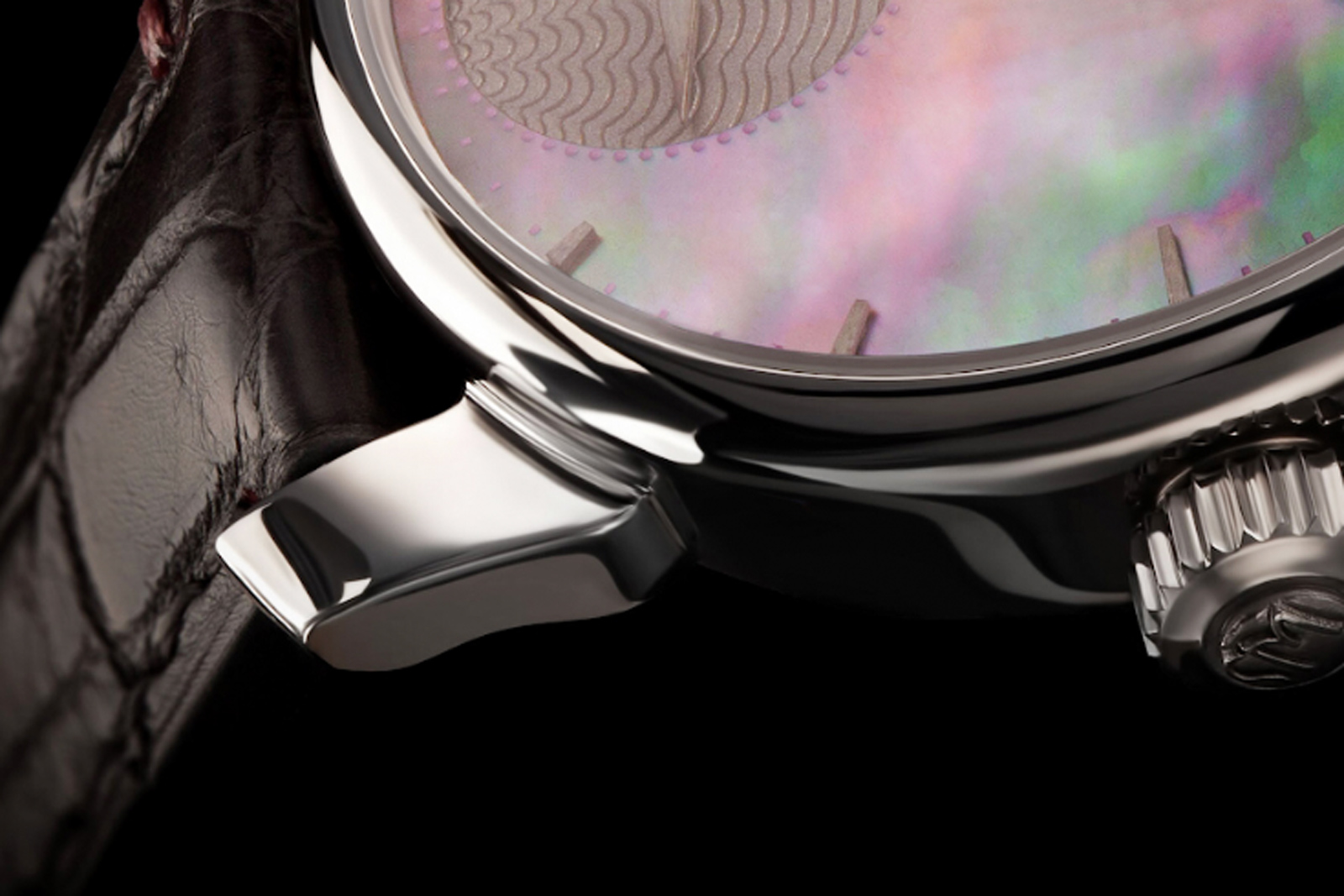 The movement is an ETA 6498-2 that’s given a substantial makeover, such as skeletonisation of the bridges that was done entirely manually with a saw and file. And the parts have all been carefully treated, regardless of whether they are visible or hidden. 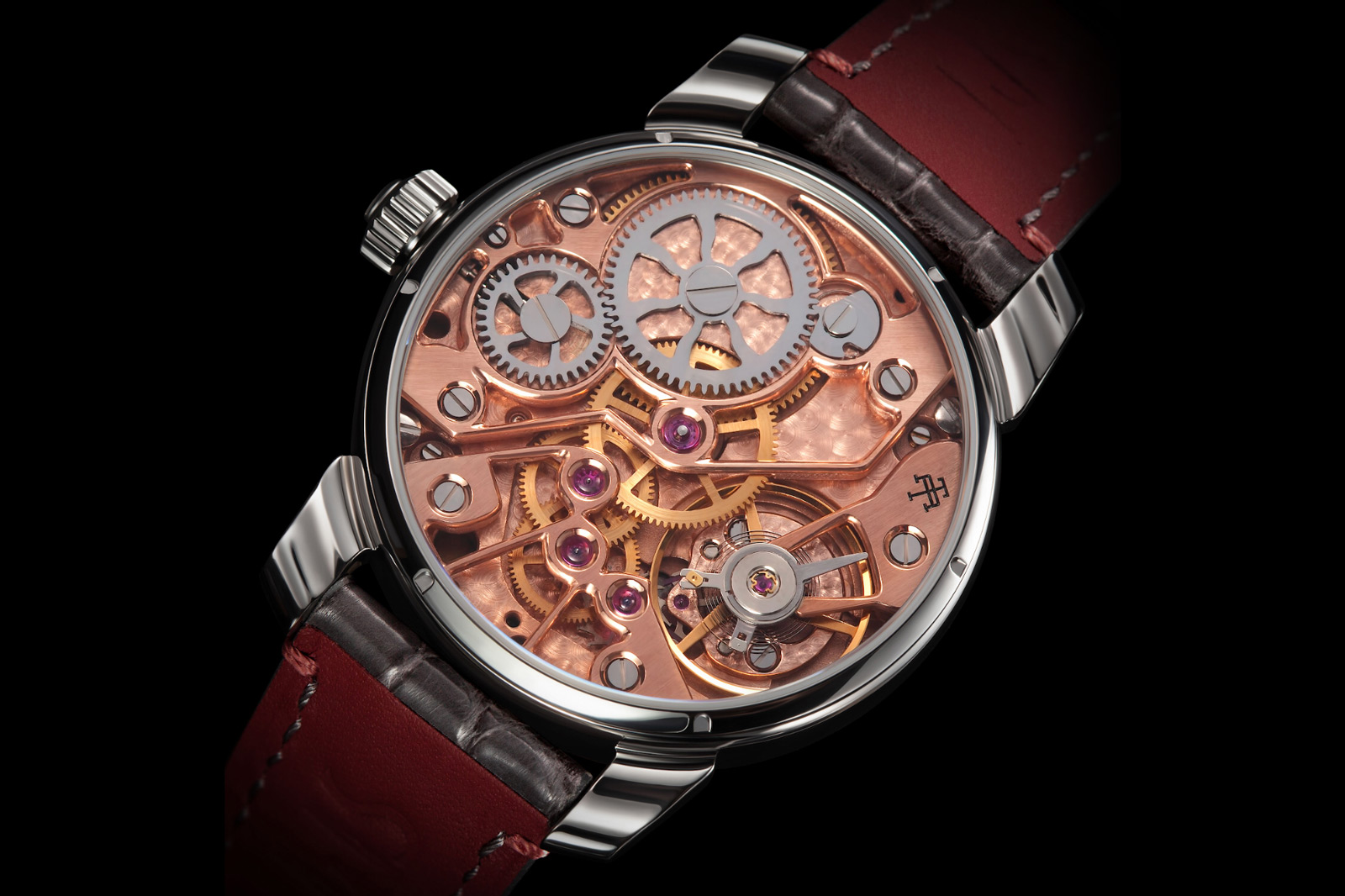 Notably, the movement finishing appears to have improved when compared to his earlier work. The bevelling on the bridges, for instance, is now wider and rounded, while the inward angles have been made more pronounced. Such details are often associated with more expensive watches as they required at minimum some degree of hand finishing – which is exactly what he does, except at a more affordable level. He documents the process on his Instagram account. 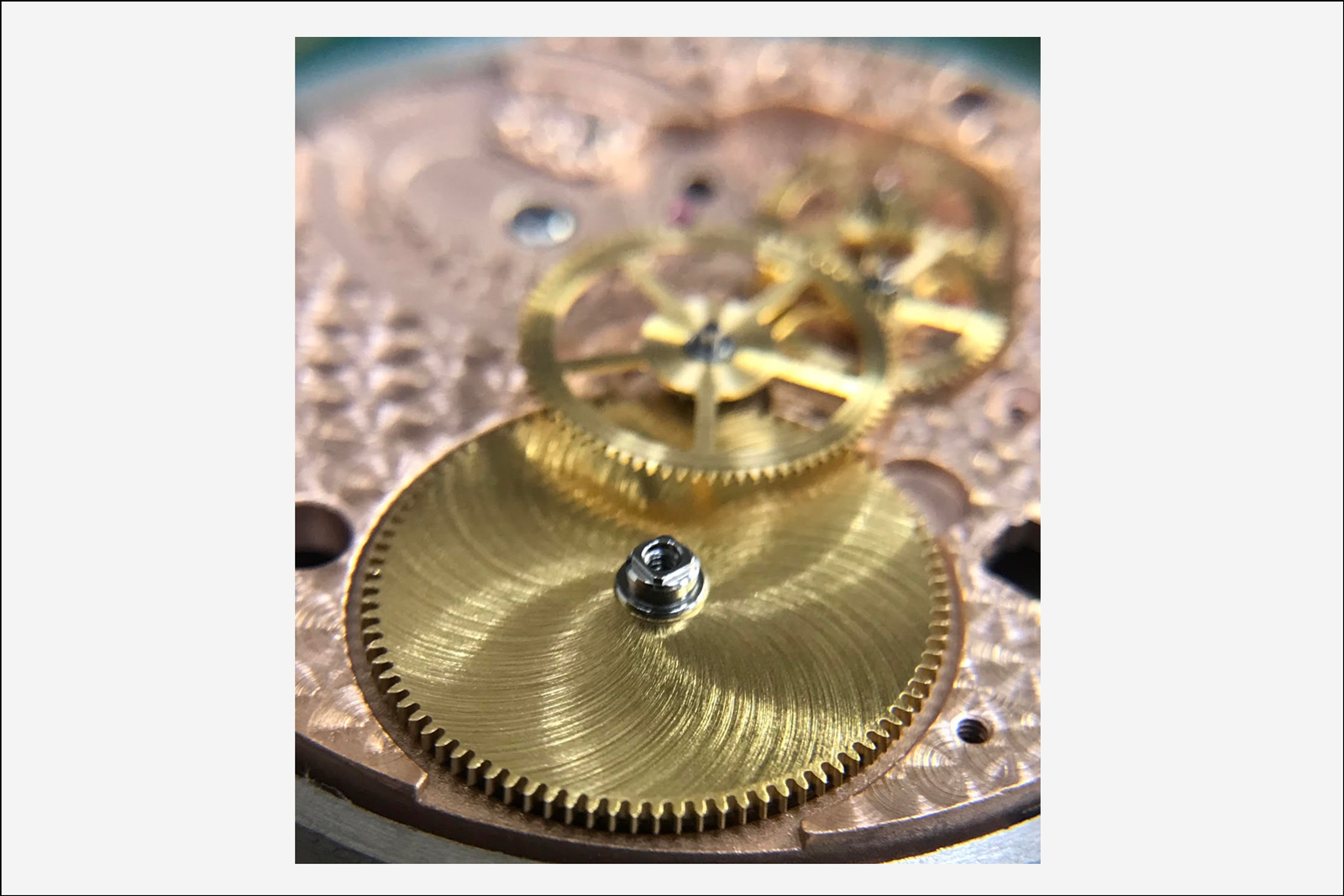 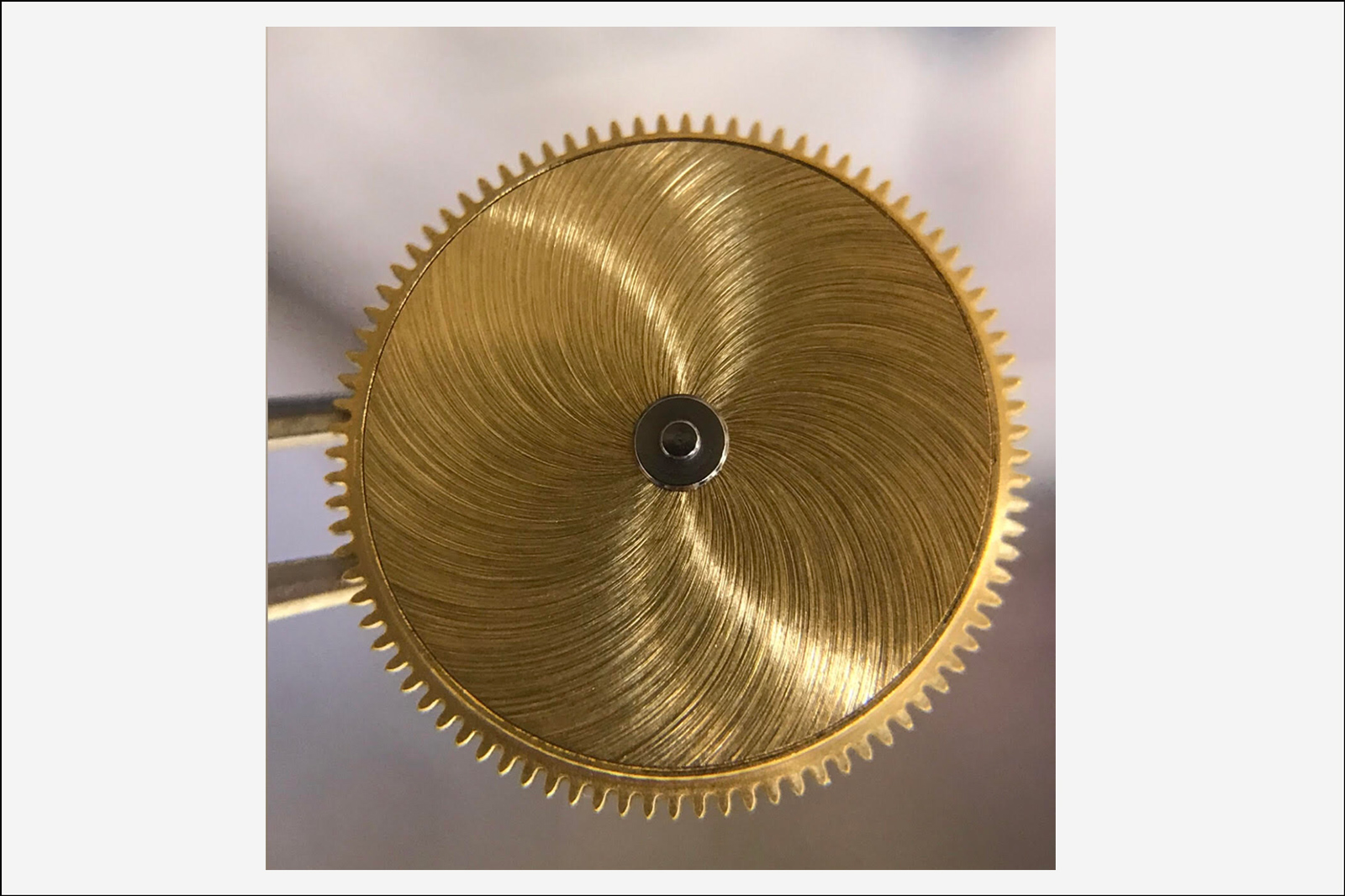 The barrel ratchet wheel has a radial grained finish, although it is hidden under a bridge

Hand made in Russia.