Rolex watches have long been prominent in cinema, particularly of the American variety, never as a result of a product placements but instead a choice of the performer or director. Neither has the watchmaker recruited actors or actresses as ambassadors – it largely concentrates on sportspeople, musicians, environmentalist, and directors like James Cameron and Martin Scorsese – though it is the official sponsor of the Oscars.

But now the watchmaker’s support of the film industry takes tangible form with the newly-opened Academy Museum of Motion Pictures in Los Angeles, which was constructed by the same organisation that’s responsible for the Oscars. 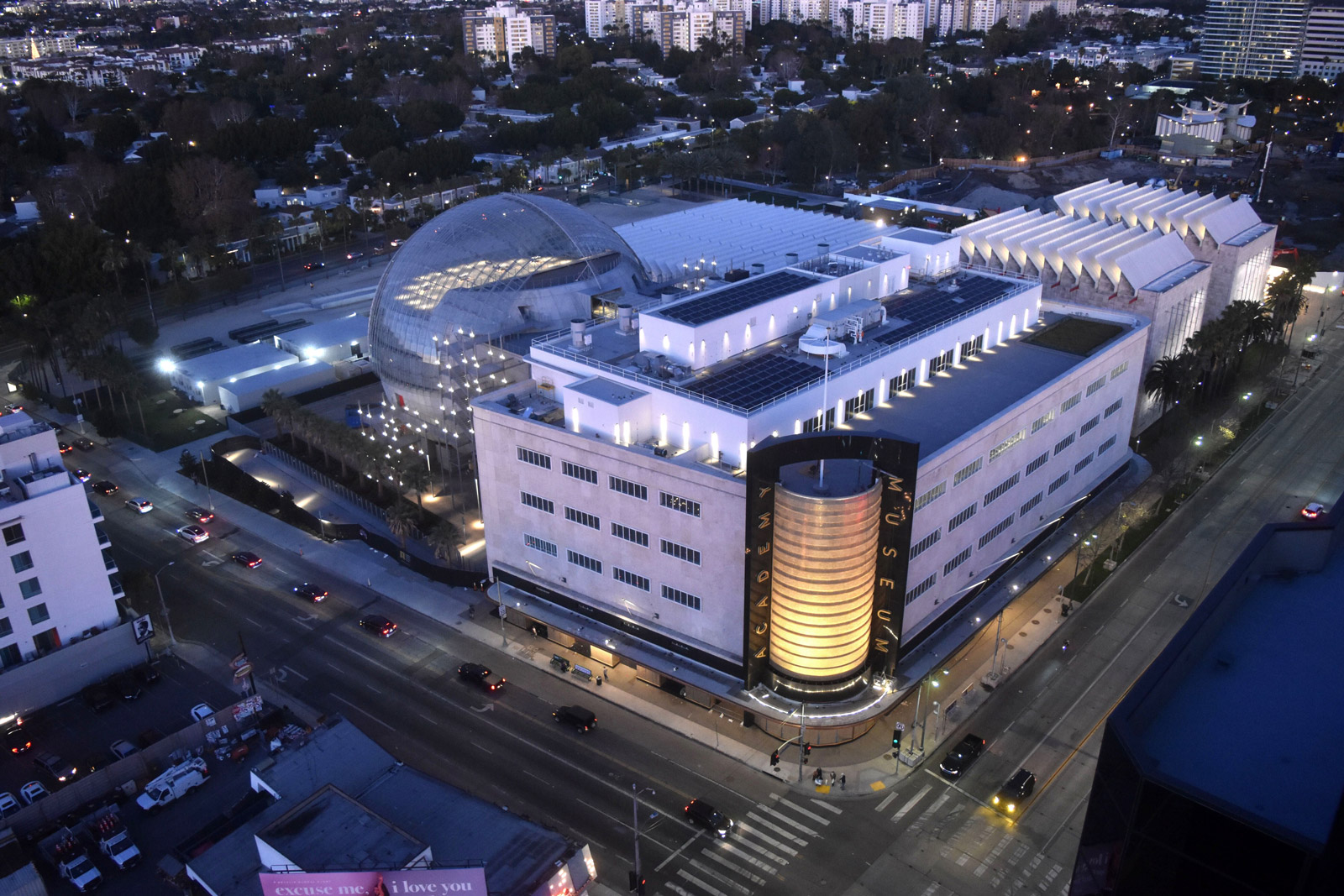 Rolex is a “Founding Supporter” of the museum, resulting in the Rolex Gallery on the building’s third level. According to Rolex, the space is dedicated to the “many aspects of moviemaking – technology, artists, history and social impact” and includes the “Paul Newman Paul Newman”, the Rolex Daytona ref. 6239 owned by the late American actor that sold for a record US$17.52 million in 2017.

But in typical Rolex fashion – which means discretion to the point of secrecy – the watchmaker is nowhere to be found on the list of “Founding Supporters” of the museum. But there is a single “Anonymous” donor in the category of US$10-20 million donations, alongside Dalian Wanda Group, Steven Spielberg, and The Walt Disney Company.

The art of cinema

Located in Los Angeles, the Academy Museum is the first of its kind in America – and the largest, at seven-stories and total over 4,500 square meters (or over 48,000 square feet). The building includes an education studio, two theatres – one a 1,000-seat auditorium named after David Geffen – along with several exhibition and public spaces. 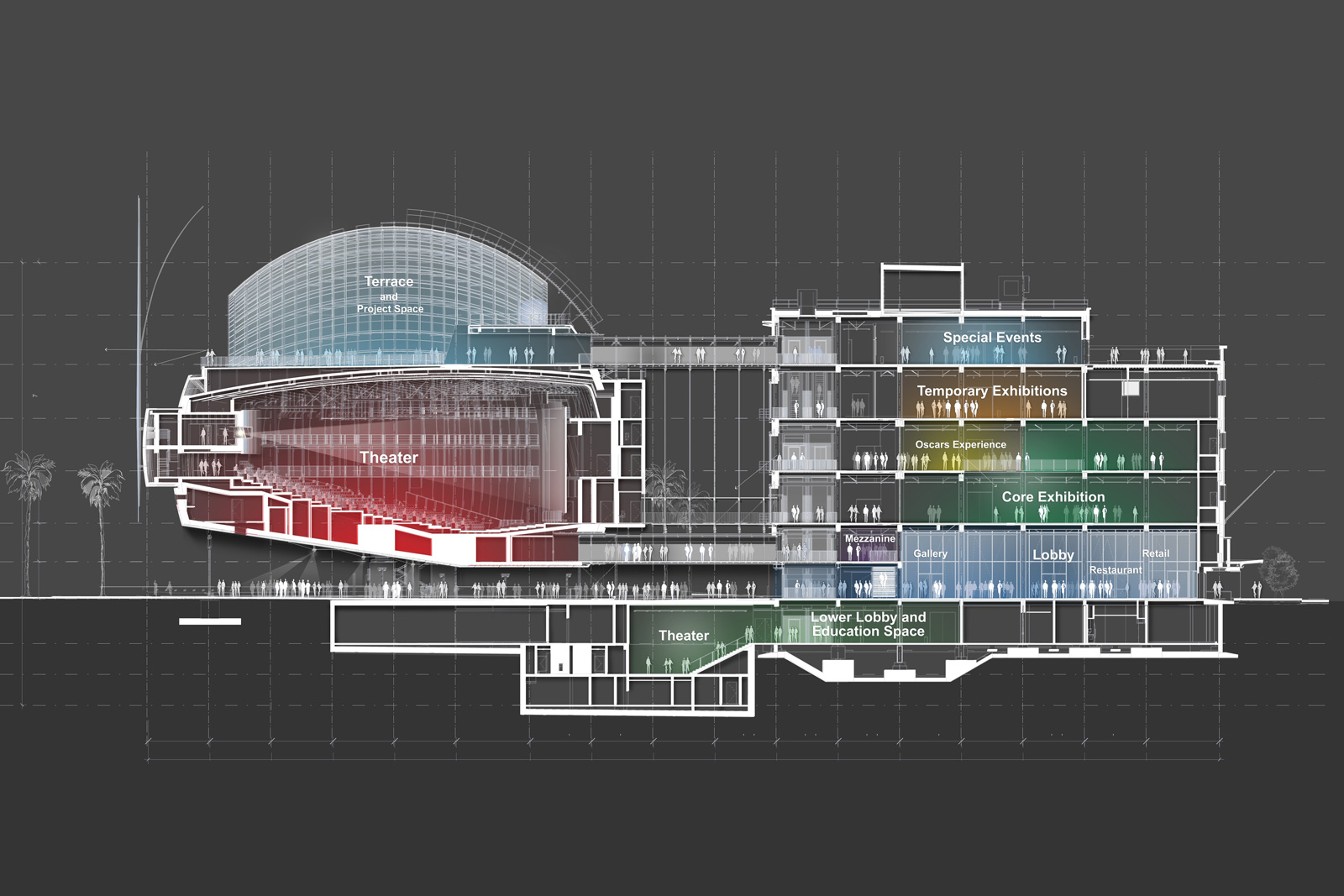 A cross-sectional view of the museum

The most recognisable section of the museum is a spherical concrete structure topped with glass panels that contains the Geffen auditorium. An instant landmark because of its design, the museum is the work of Italian architect Renzo Piano, whose best known works include The Shard in London, Fondation Beyeler in Basel, and the Centre Georges Pompidou in Paris. 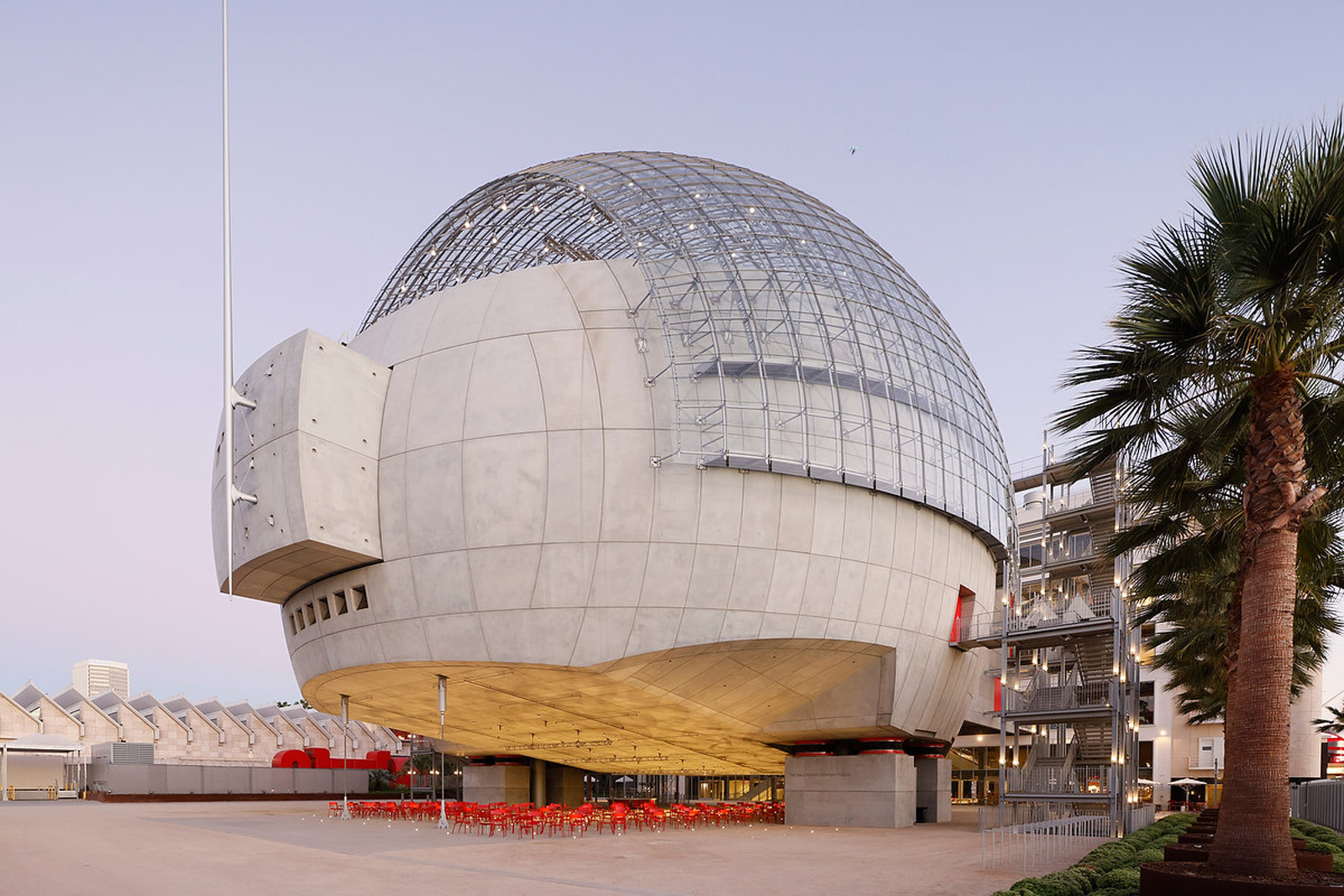 And on the third level is the Rolex Gallery, a permanent exhibition space, that’s a wide-ranging look at filmmaking, covering history, technology, and its impact on society – plus an exhibit that’s surely the star of the show for any watch enthusiast. 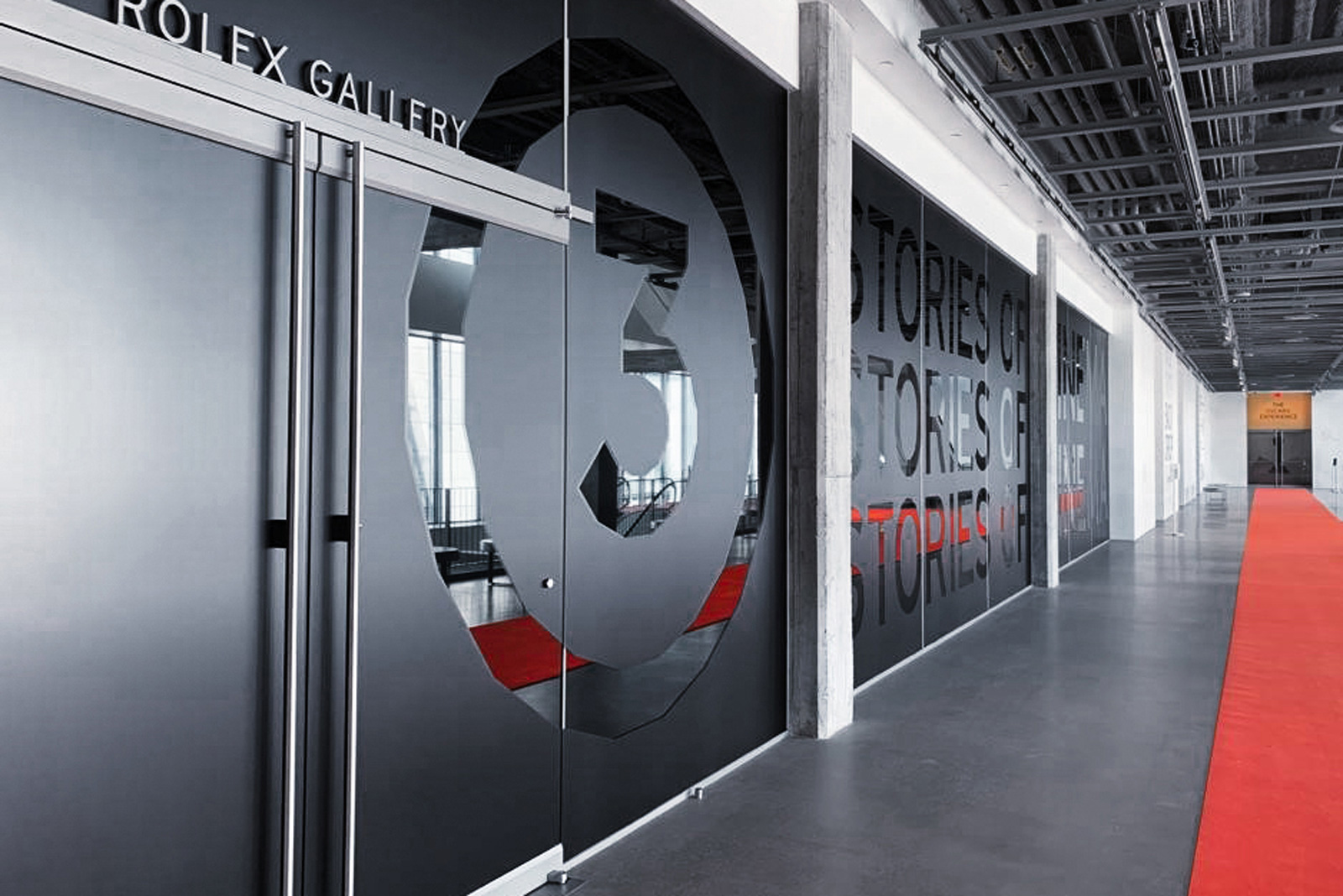 The Rolex Gallery includes the Rolex “Paul Newman” Daytona ref. 6239 that was owned by Paul Newman himself and perhaps the ultimate vintage Daytona. Now part of a “private collection” according to Rolex – which could mean it is owned by an organisation and not merely an individual – the watch is perhaps the most significant example of Rolex’s presence in Western popular culture.

And less obvious but perhaps more important is the fact that this was Newman’s own watch, gifted to him by his wife, rather than a sponsorship, like so many other Rolex watches on the wrists of prominent personalities past and present. 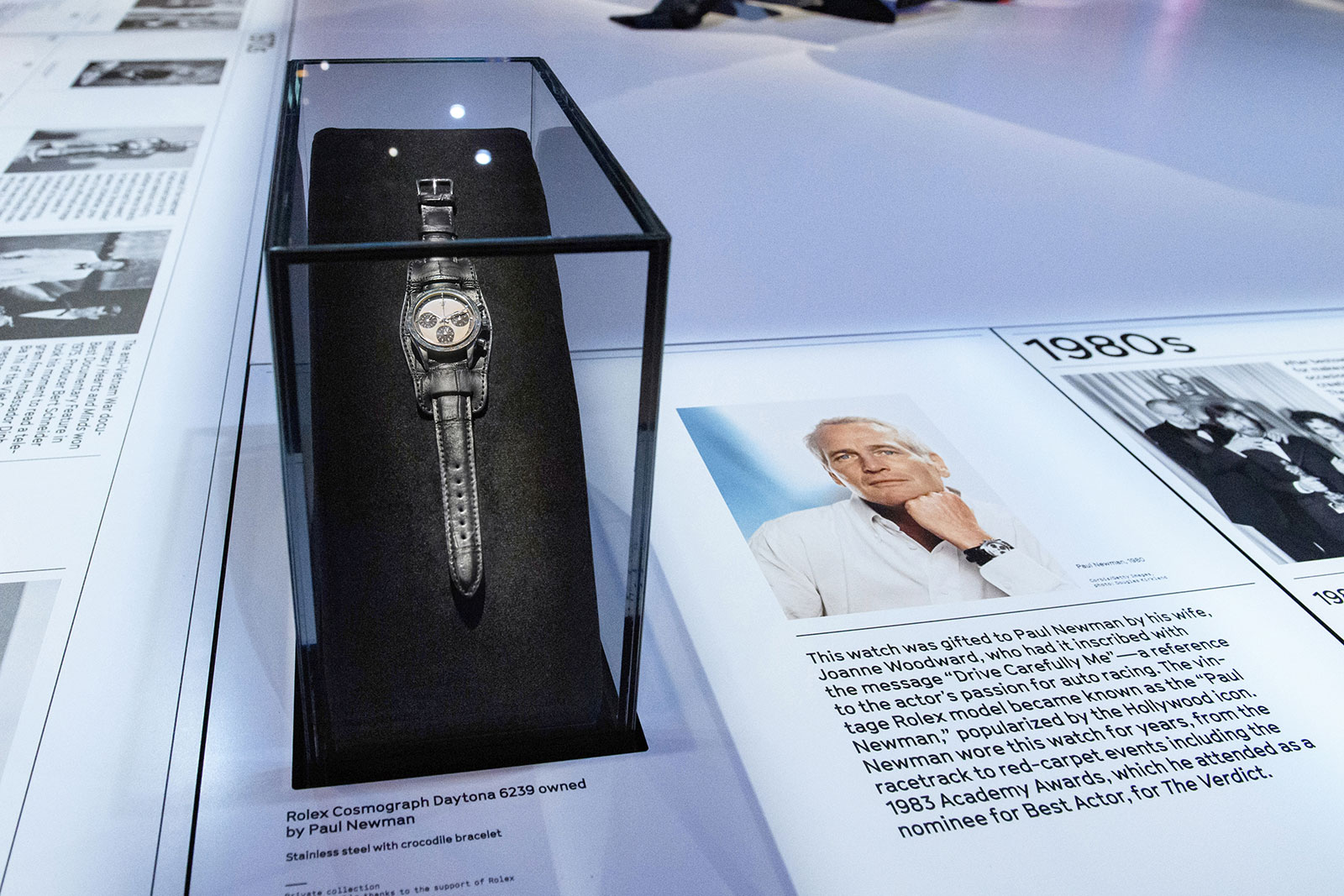 The Daytona ref. 6239 once owned by Paul Newman

Open 10:00 am-6:00 pm daily, except for Friday and Saturday when it’s extended till 8:00pm (operating hours might differ on holidays). Ticket reservation can be made at Academymuseum.org.