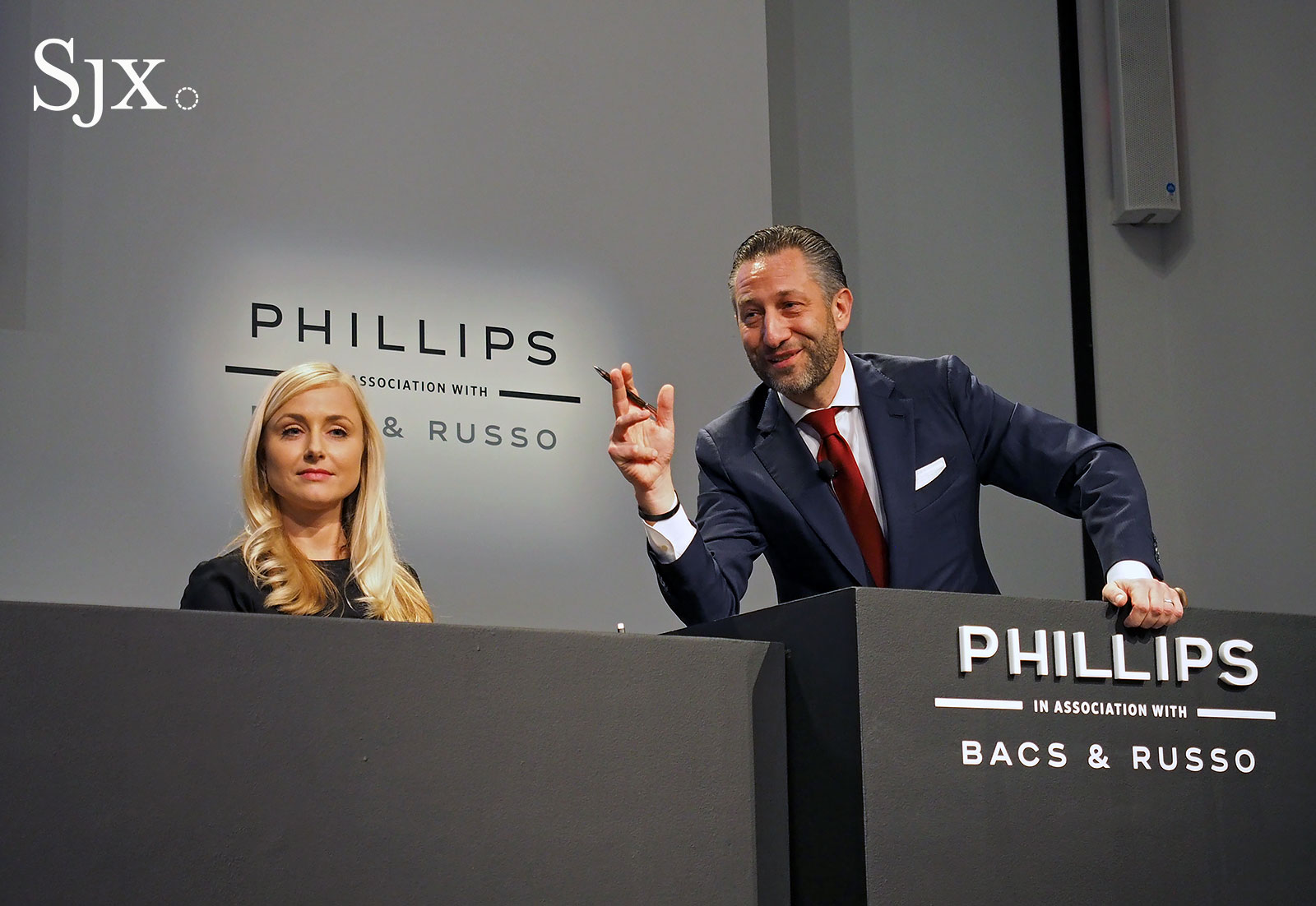 When the gavel went down, Paul Newman’s very own Rolex Daytona sold for US$17,752,500, including the buyer’s premium, making it the most expensive wristwatch ever sold at auction. The result handily surpasses the US$5m record set by the ref. 6062 “Bao Dai” owned by the last Emperor of Vietnam, and also the US$11m achieved by the steel Patek Philippe ref. 1518 last year.

And it got there quickly too – though Phillips had set aside a half hour for the lot, the world record price took just 12 minutes. With Aurel Bacs at the rostrum opening the bidding by asking for a paltry US$1m, a stunning US$10m bid came Tiffany To of Phillips representing a phone bidder, momentarily shocking Bacs and resulting in whoops and cheers from the room. Tiffany To (extreme left), and Nathalie Monbaron (centre, on telephone), competing for the world’s most expensive watch

That instantly priced out all the room bidders, leaving just three phone bidders, represented by Tiffany To, as well as Leigh Zagoory and Natalie Monbaron, all of Phillips. Swiftly it was just down to To and Monbaron’s respective clients, both insistently increasing their bids. Monbaron’s resolute client bid in substantial increments of US$400,000, while To’s client was more measured with US$100,000 bids. Almost at the end the number was US$15m and To’s bidder went a hundred thousand up. Monbaron, not missing a beat, bid US$15.5m and clinched it. With all fees the final tally was US$17.52m.