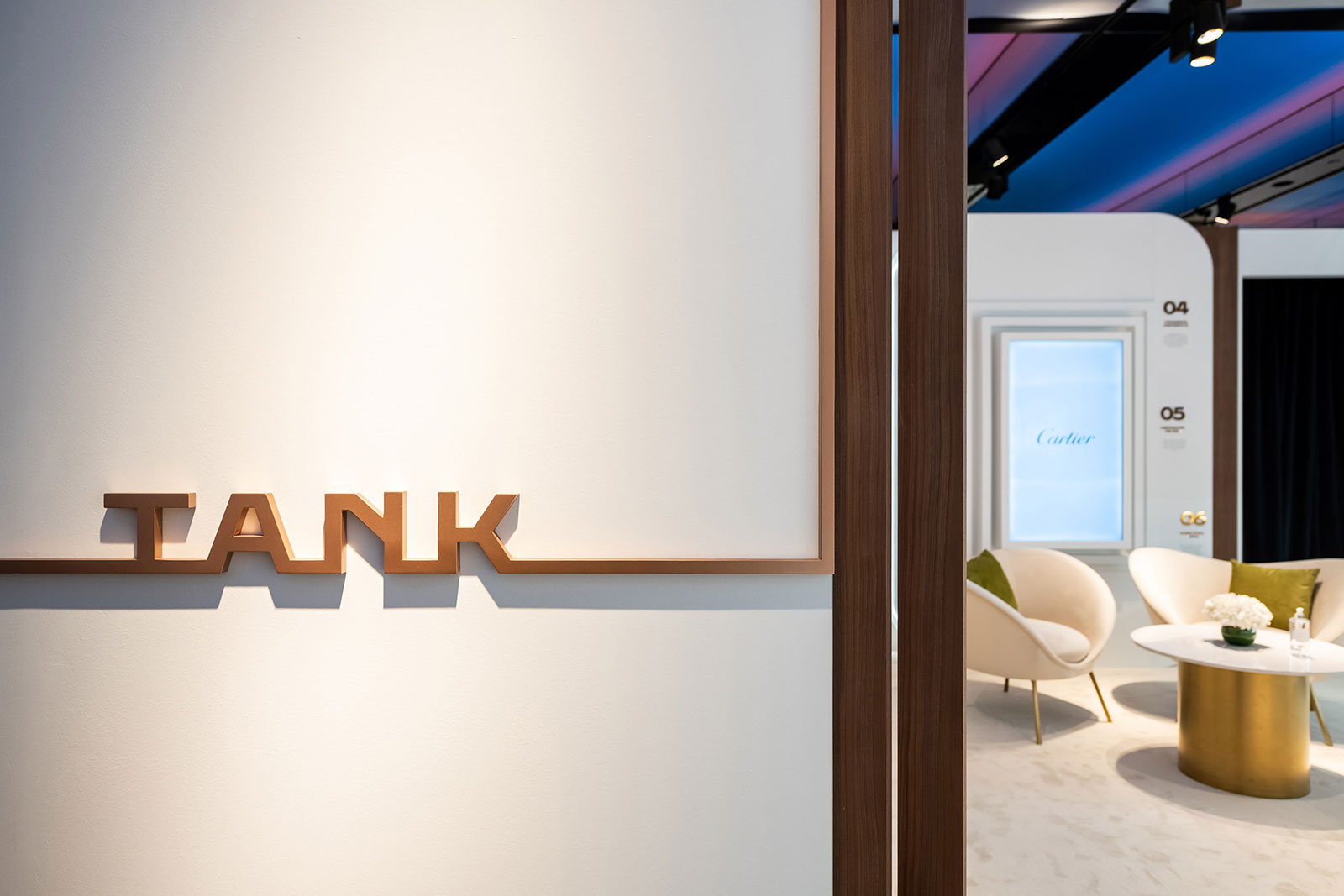 An easily digestible journey through the history of Cartier’s most famous rectangular watch, the Cartier Tank Experience is now open in Singapore until December 5, 2021.

Taking place at Malmaison by The Hour Glass, the Cartier Tank Experience explores the history of the Tank with a timeline that rings the exhibition. Punctuatated by famous faces enraging from artist Andy Warhol to First World War hero General John Pershing, the Tank timeline touches on the bewildering variety of models over its century-long history, including the Tank Cintree and lesser known variants like the Tank Normale. 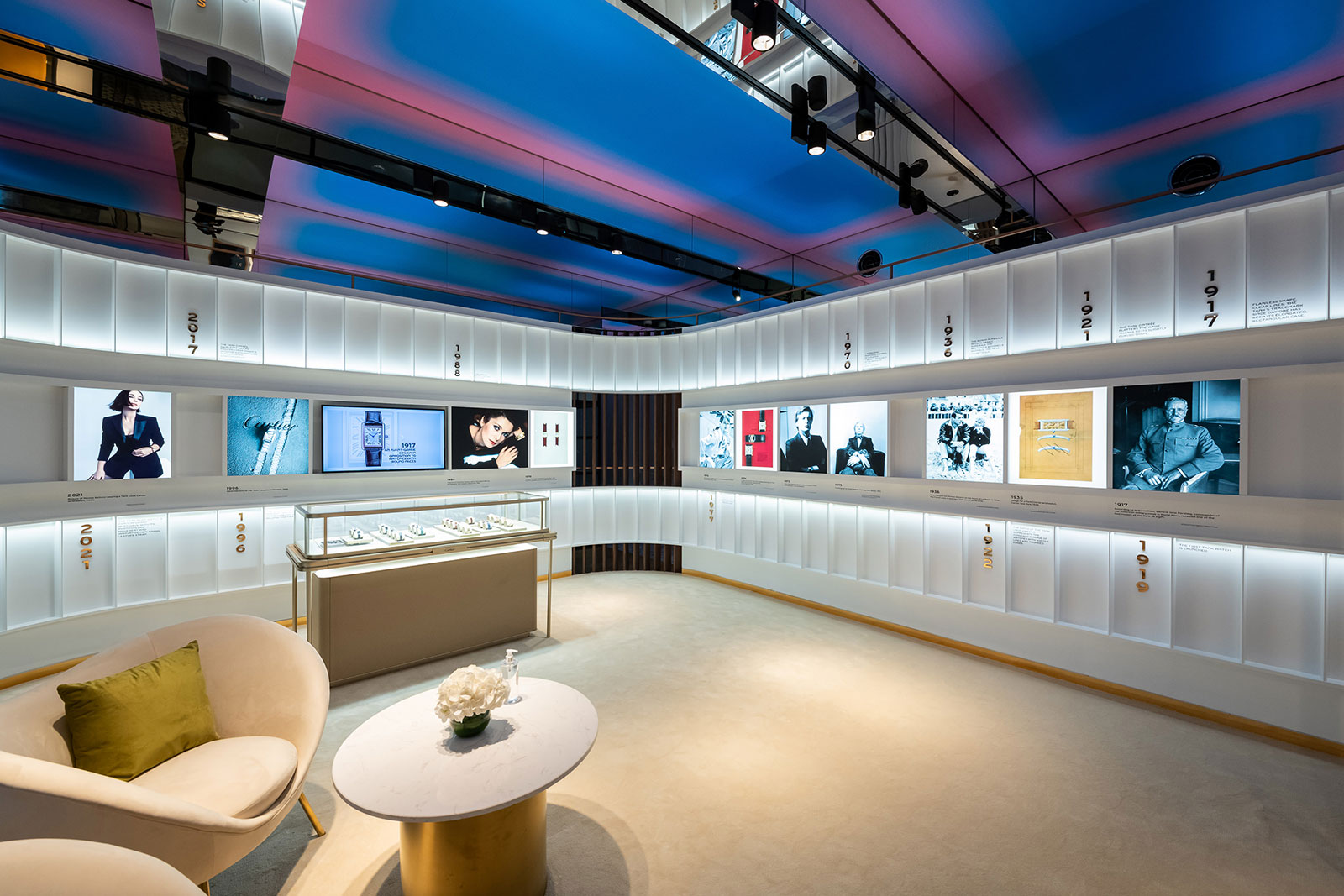 And it is also a showcase of the jeweller’s current line up of Tanks, including the bestselling Tank Must with solid-colour dials and the Prive Tank Cintree (which is perhaps under-appreciated because it’s not a limited edition). 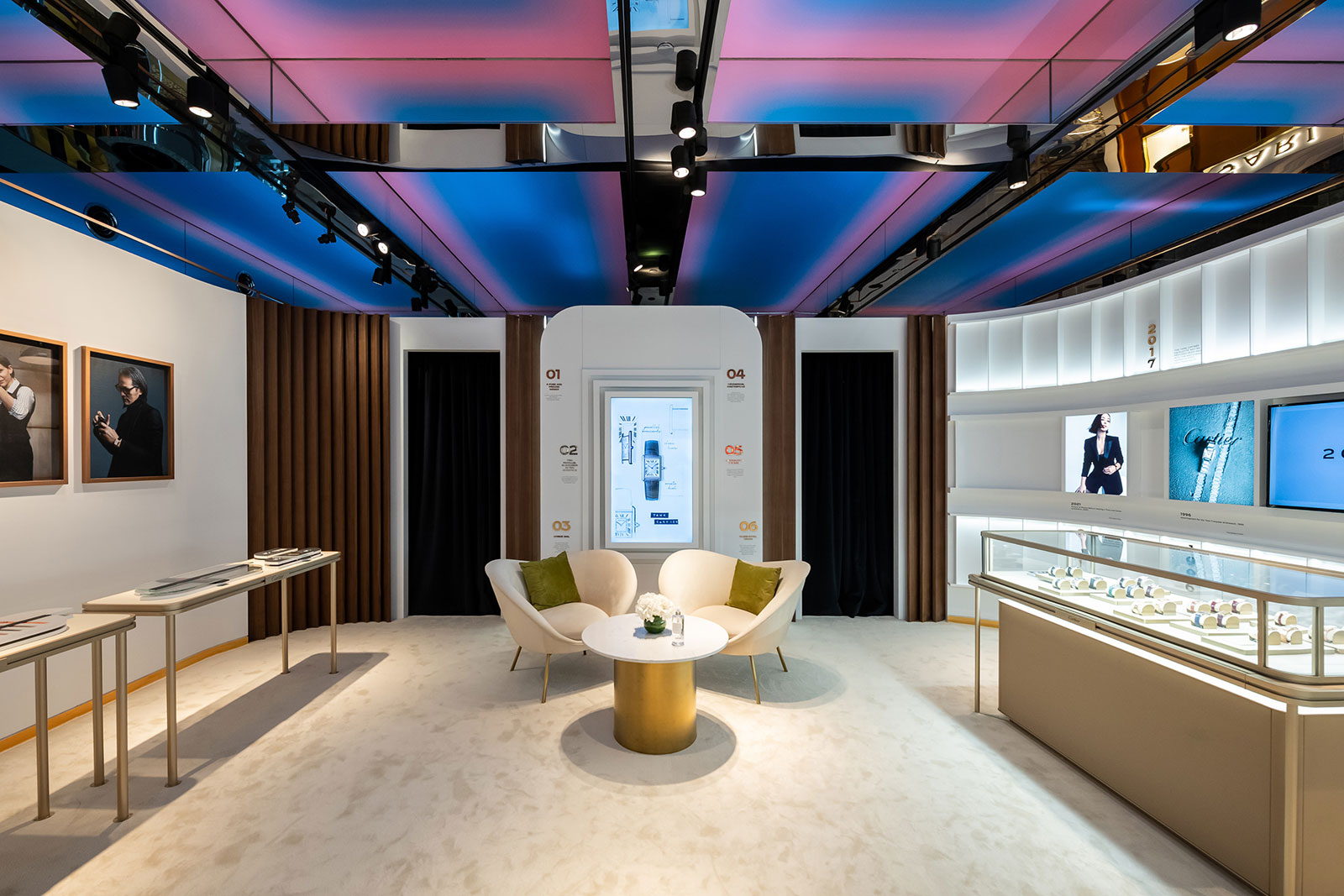 The exhibition also includes a “strap bar”, basically a section where custom straps for the Tank can be ordered – and the Tank wristwatch itself personalised.

Visitors can choose from alligator hide in 16 colours, and also specify the stitching, lining, and even a personalised inscription on the lining.

Alongside the custom strap (and included in its cost), Cartier is also offering the option of engraving the owner’s initials on the case back of his or her Tank. 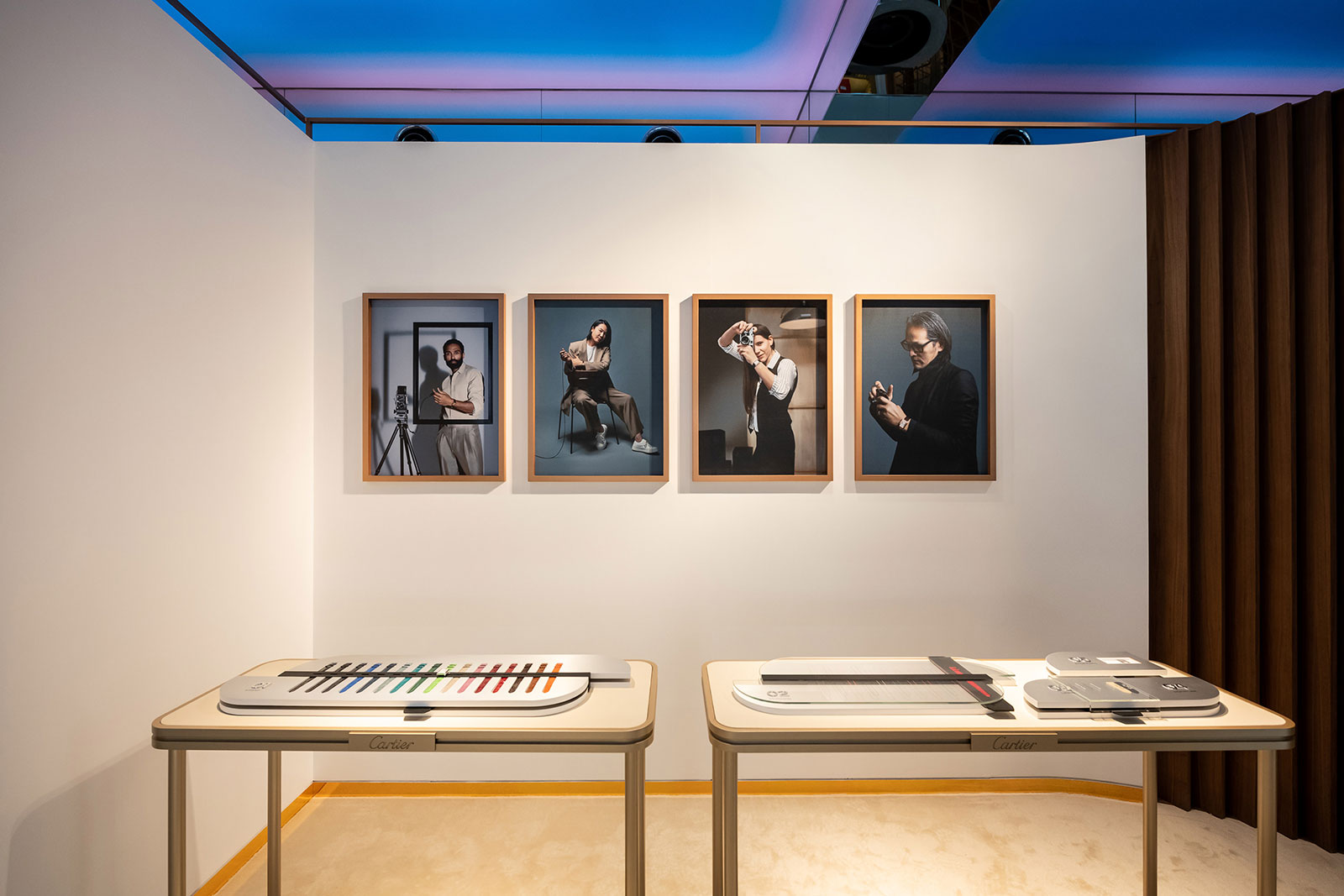 Visitors should register in advance for the exhibition as capacity is limited. Registration can be done here. 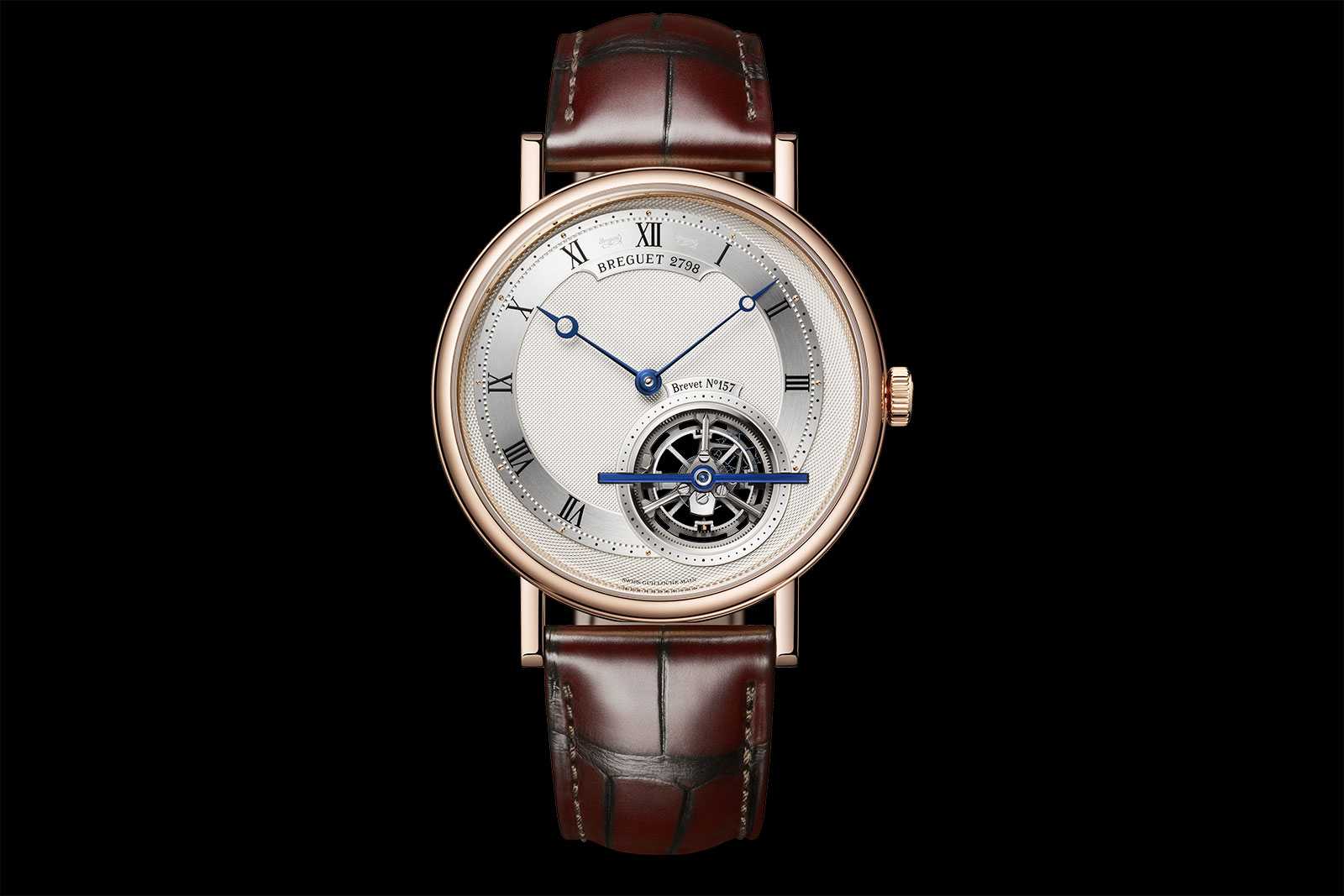 Breguet is marking its invention of the tourbillon – way back in 1801, or 220 years ago – with an elegantly simple variant of its extra-thin tourbillon. The Classique Tourbillon Extra Plat Anniversaire 5365 is classically Breguet in style, with a handful of aesthetic flourishes to mark it out as an anniversary edition. And it is truly a limited edition of only 35 watches, which is also the number of tourbillon pocket watches Abraham-Louis Breguet made in his lifetime.

Breguet’s Tourbillon Extra Plat is already impressively executed for a slim, simple watch, especially with a skeleton movement. The cal. 581 inside is typical of modern-day Breguet movements – incorporating technology in the form of a silicon hairspring and escapement, while boasting a high level of hand finishing. 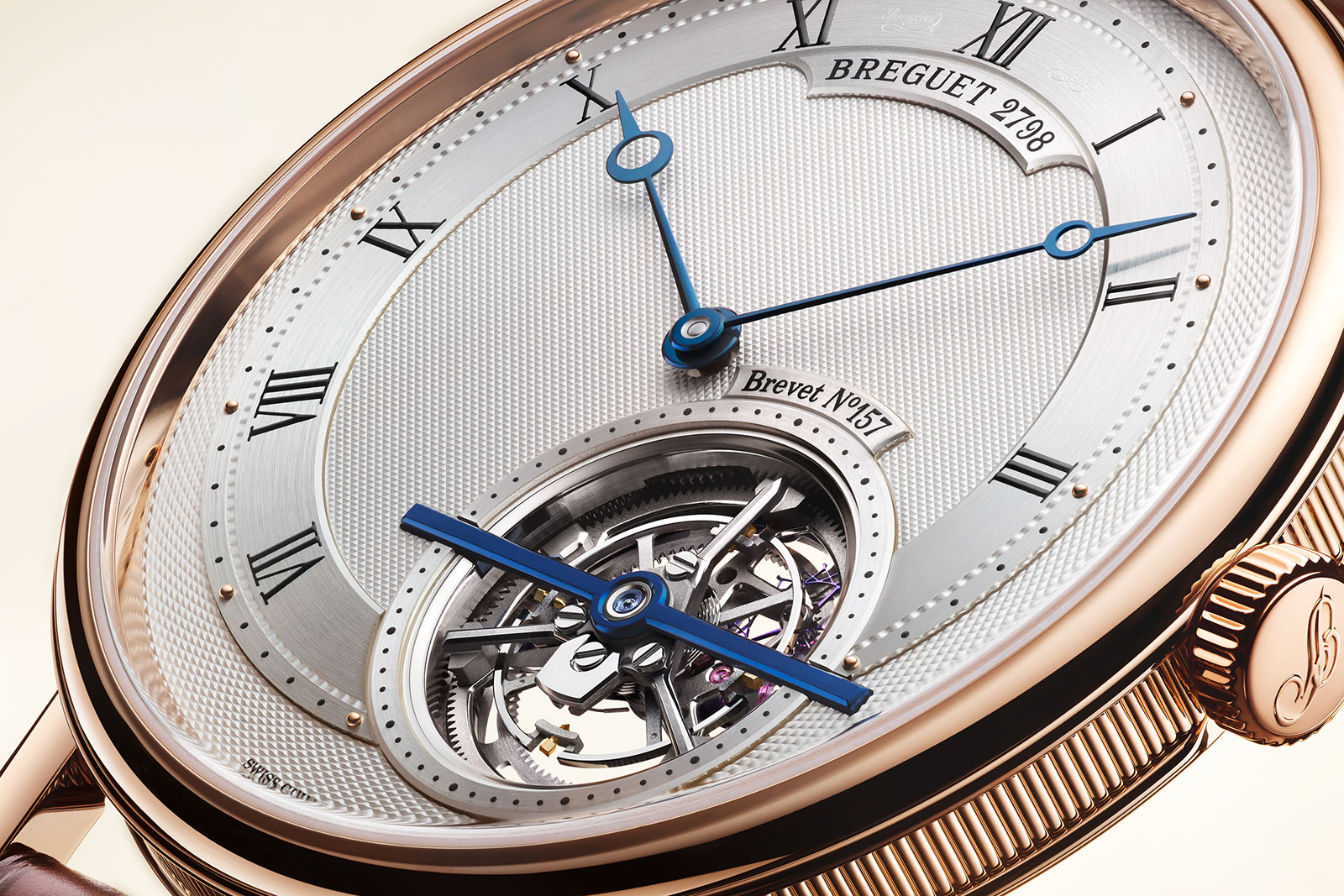 Fortunately, the anniversary edition doesn’t try to do too much differently. In fact, it is almost indistinguishable from the standard version. But that simplicity is appealing because it captures the spirit of Breguet, especially in its details like the off-centre dial and spherical, gold minute markers.

Perhaps the only downside of the watch is its thinness. The case is so slim that its relatively wide diameter gives it disc-like proportions on the wrist, especially with its narrow, long lugs. 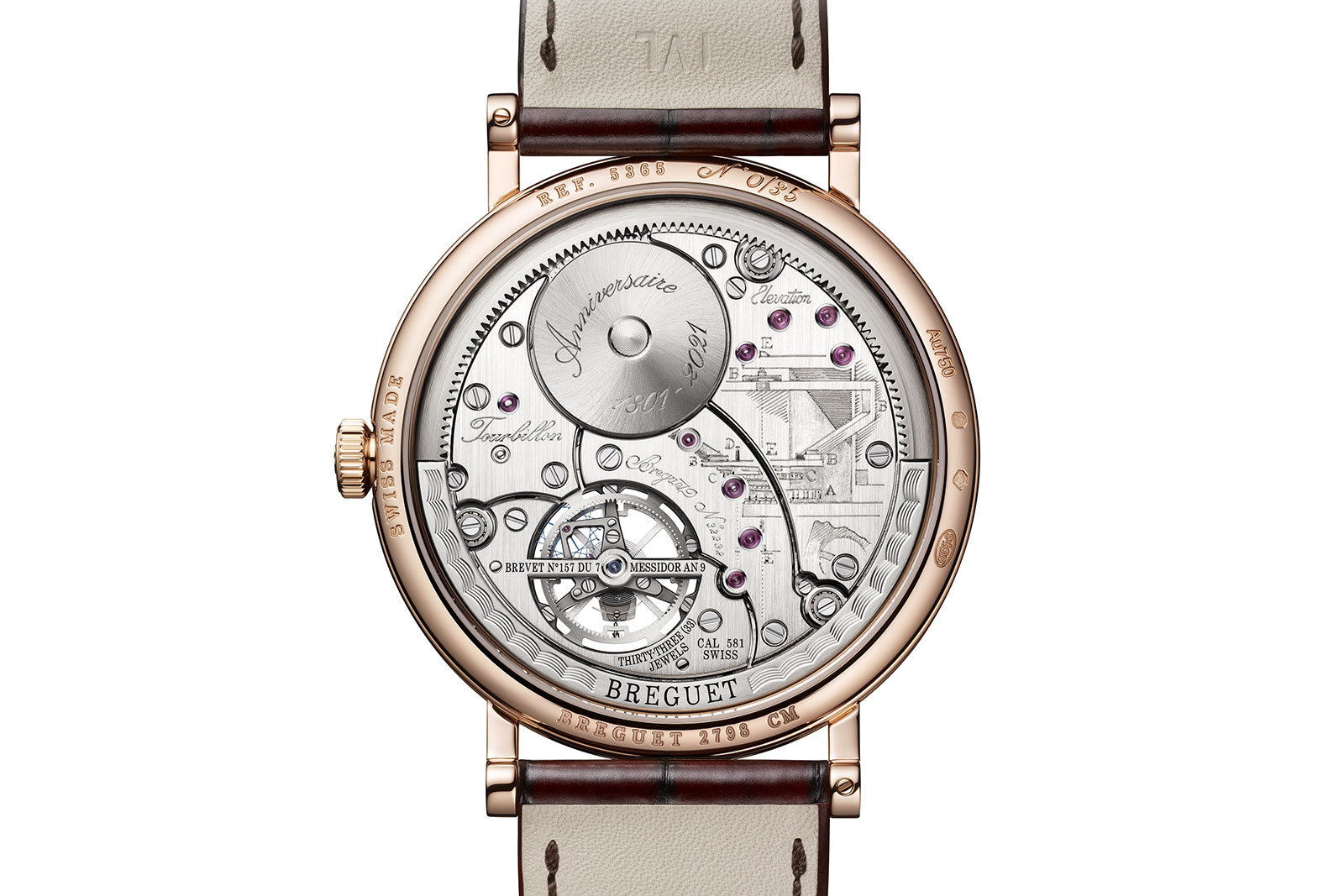 Just two small details on the dial mark it out as the anniversary edition. One is engraved just above the tourbillon aperture, the number of the patent awarded to Breguet in 1801 for the tourbillon. And the other is more unusual – the tourbillon bridge is blued steel, a first for the brand. 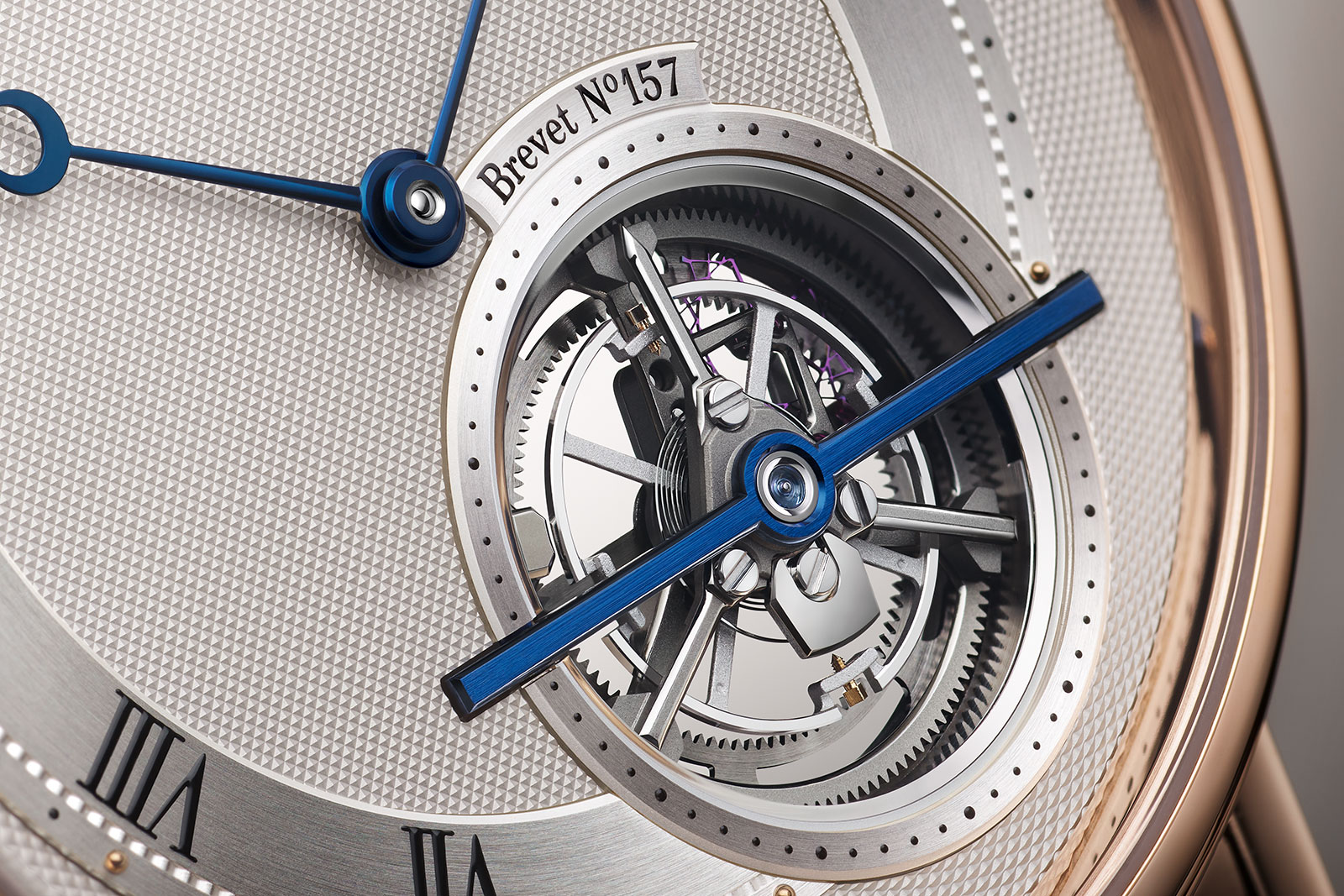 The tourbillon is straight grained and bevelled before being heat blued

And the movement is also decorated differently. The bridges have a simple, straight grained flush, but accented with wide, rounded bevelling. 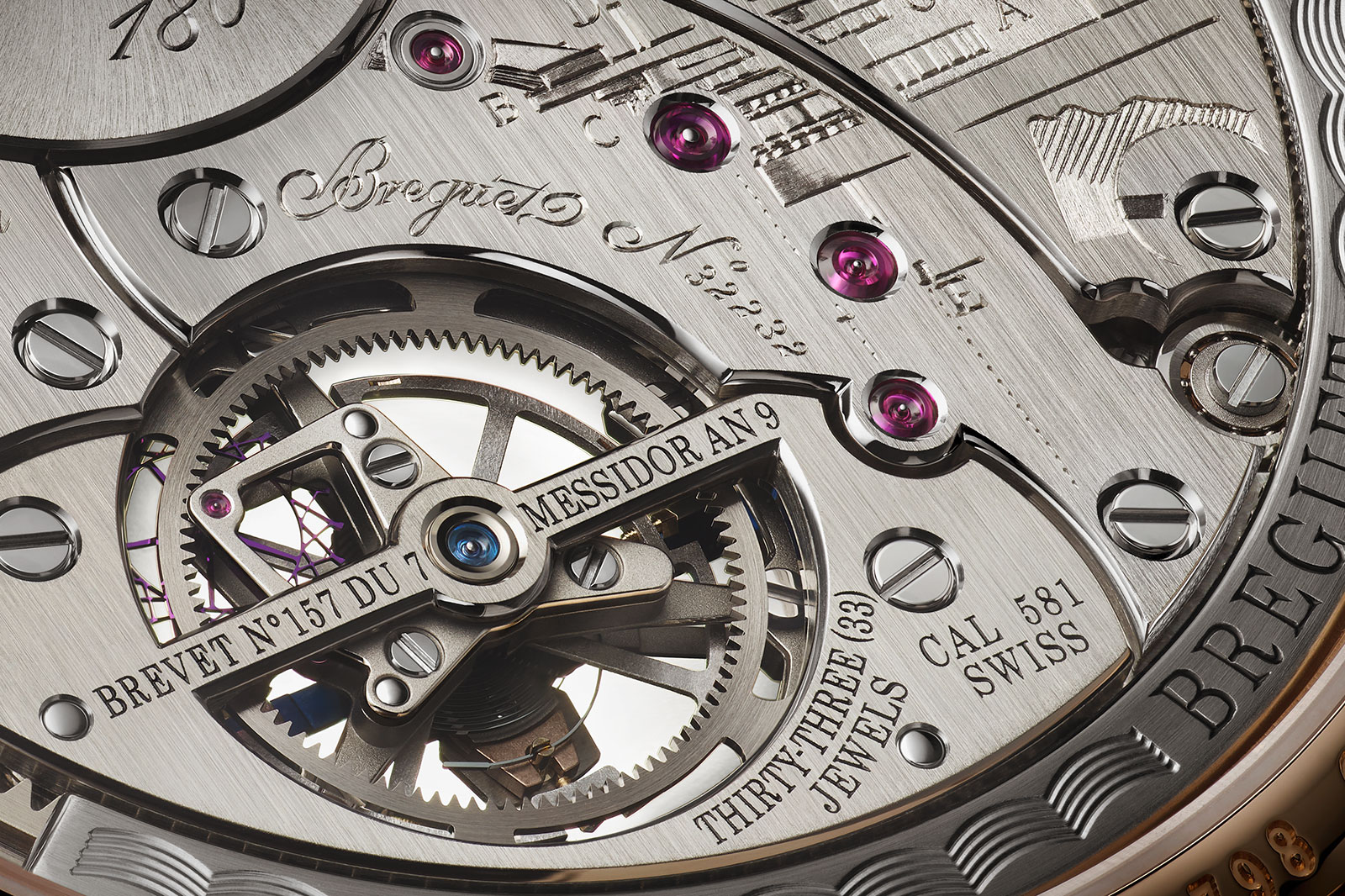 The silicon hairspring and escape wheel are visible within the tourbillon cage, contrasting against the traditional, wide anglage on the bridges

Engraved by hand on the barrel and going train bridges is a reproduction of Breguet’s original drawing for the tourbillon that was part of his 1801 patent filing. 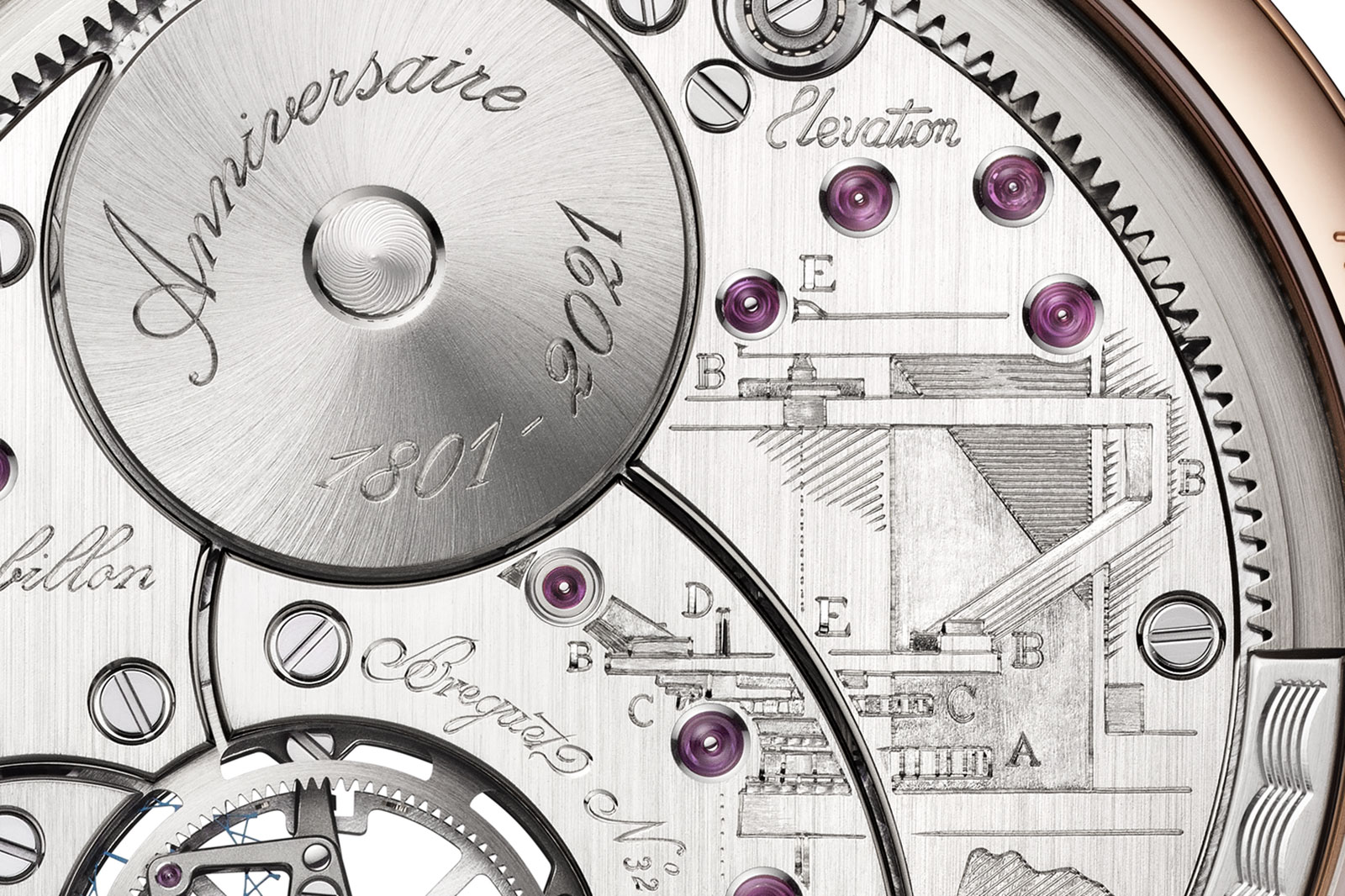 All of the lettering on the bridges is also hand engraved