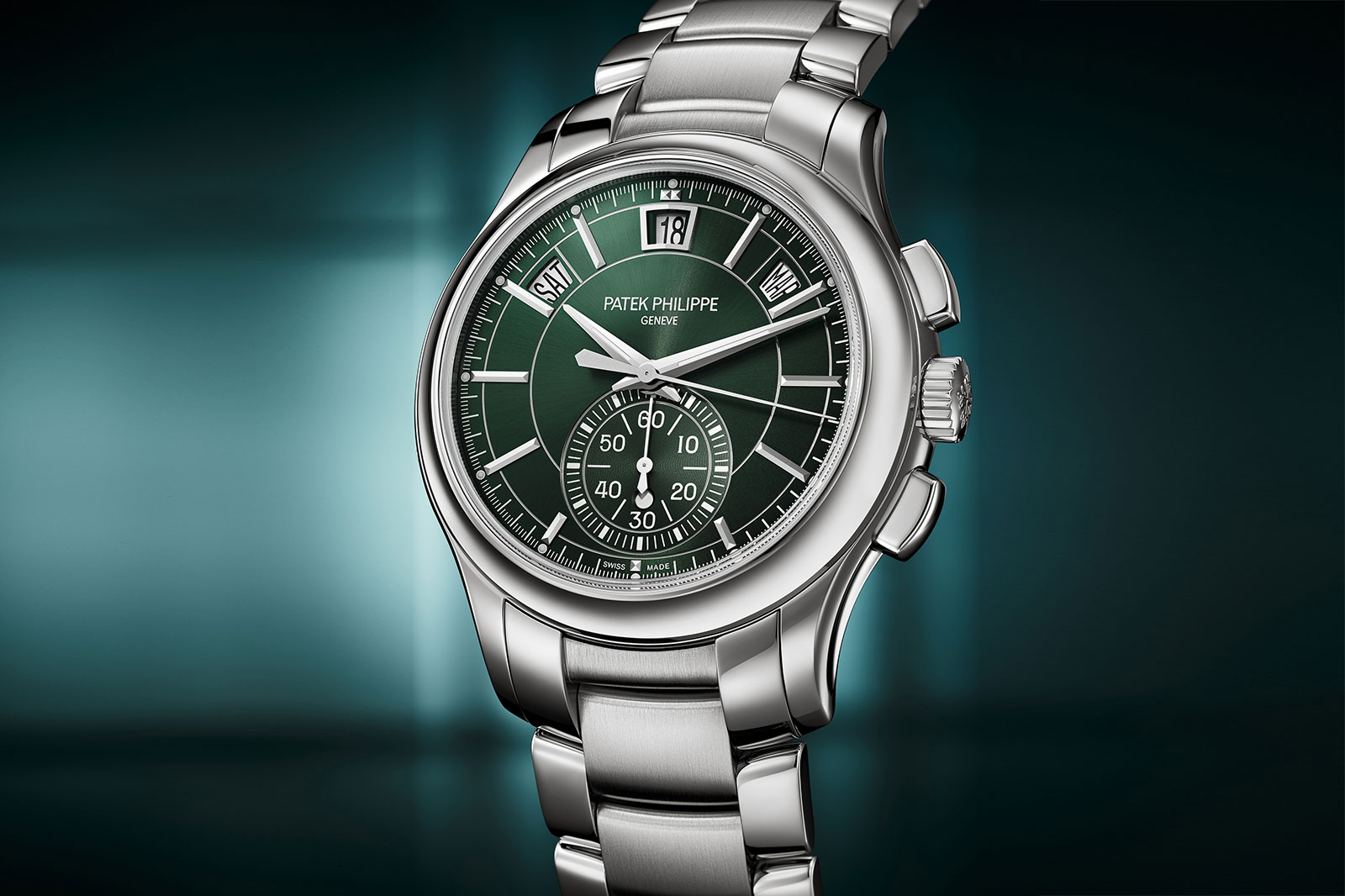 A model often overshadowed by “hot” watches or more complicated ones, the ref. 5905 combines a pair of useful complications into an everyday dress watch, but it was previously available only in a conservative, luxe guise of precious metal case and classical dial colours. But now Patek Philippe is changing up the feel of the model with the Annual Calendar Chronograph ref. 5905/1A.

Now cased in steel and matched with a three-link bracelet inspired by the Aquanaut, the ref. 5905/1A retains the sectored dial found on earlier versions of the model, but now in olive green – the same shade found on the Nautilus ref. 5711/1A-014. 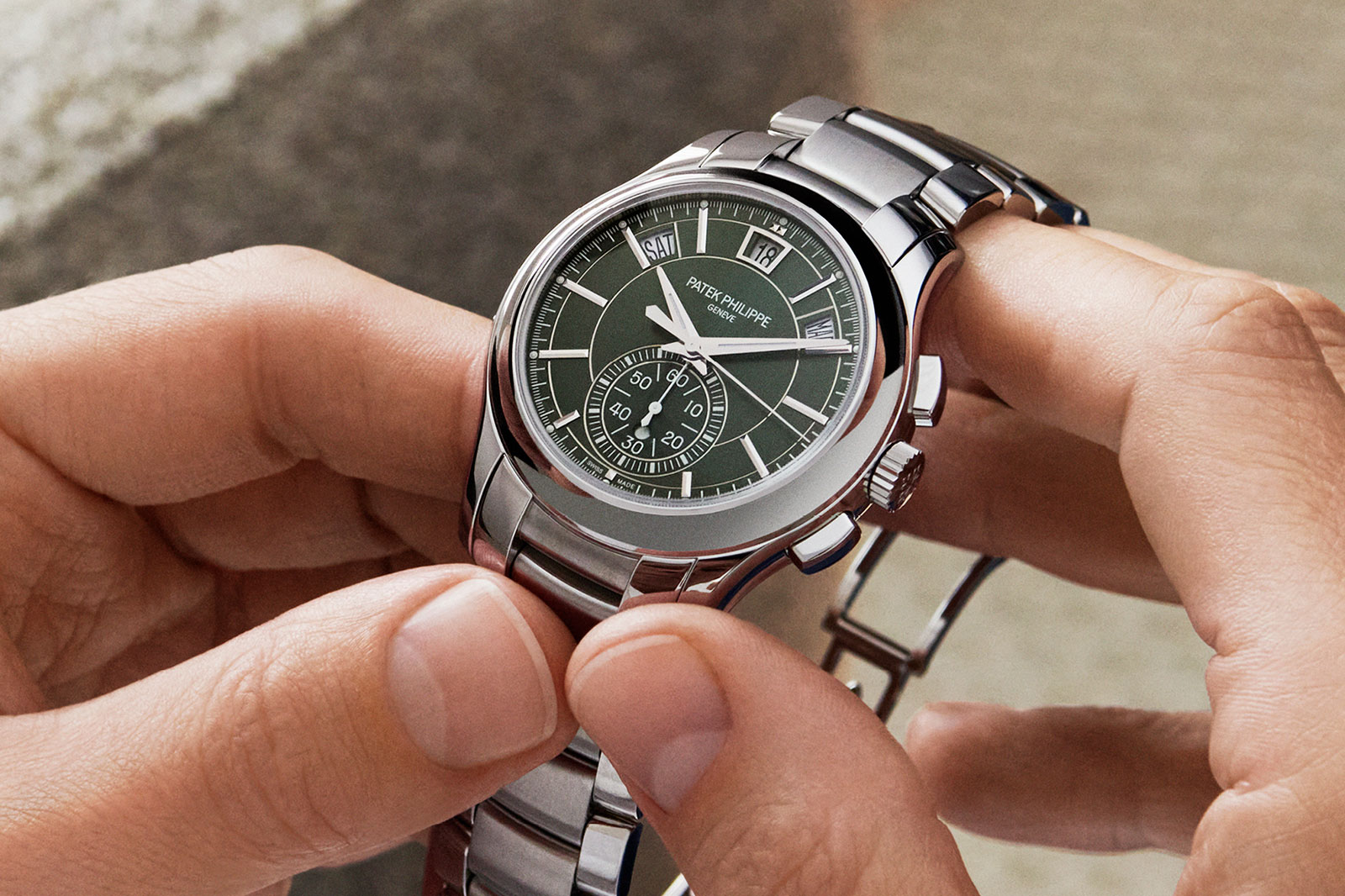 Patek Philippe’s opening act for the year was the Nautilus ref. 5711/1A with an olive-green dial (and with the option of a diamond-set bezel), an immediate hit that has become one of the most sought-after watches of 2021. The Nautilus was already hot, as all sports watches with integrated bracelets are, but bestowing the most fashionable colour of the year on the “final edition” of the Nautilus ref. 5711 escalated its desirability to the stratosphere. That bodes well for the ref. 5905/1A.

The ref. 5905/1A will be instantly attractive since it caters to current tastes. Its inevitable desirability will overshadow its intrinsic qualities (and also the accessible price), which is a bit of a shame.

That said, models like this should help divert demand away from the sports watches like the Nautilus and Aquanaut towards models like the ref. 5905/1A that perform just as well as an everyday watch.

Despite being similar in function and layout, the ref. 5905 was more elaborate in style than its predecessor. Instead of having “pump” pushers, the ref. 5905 featured rectangular buttons that sat along a gently concave case flank.

And the ref. 5905 was clearly designed in the same style as its more complicated brethren, namely the refs. 5207 and 5208 uber-complications, which added to its appeal. But perhaps because of the similar styling, the ref. 5905 gained the recognition it should have as a practical, mid-priced complication. 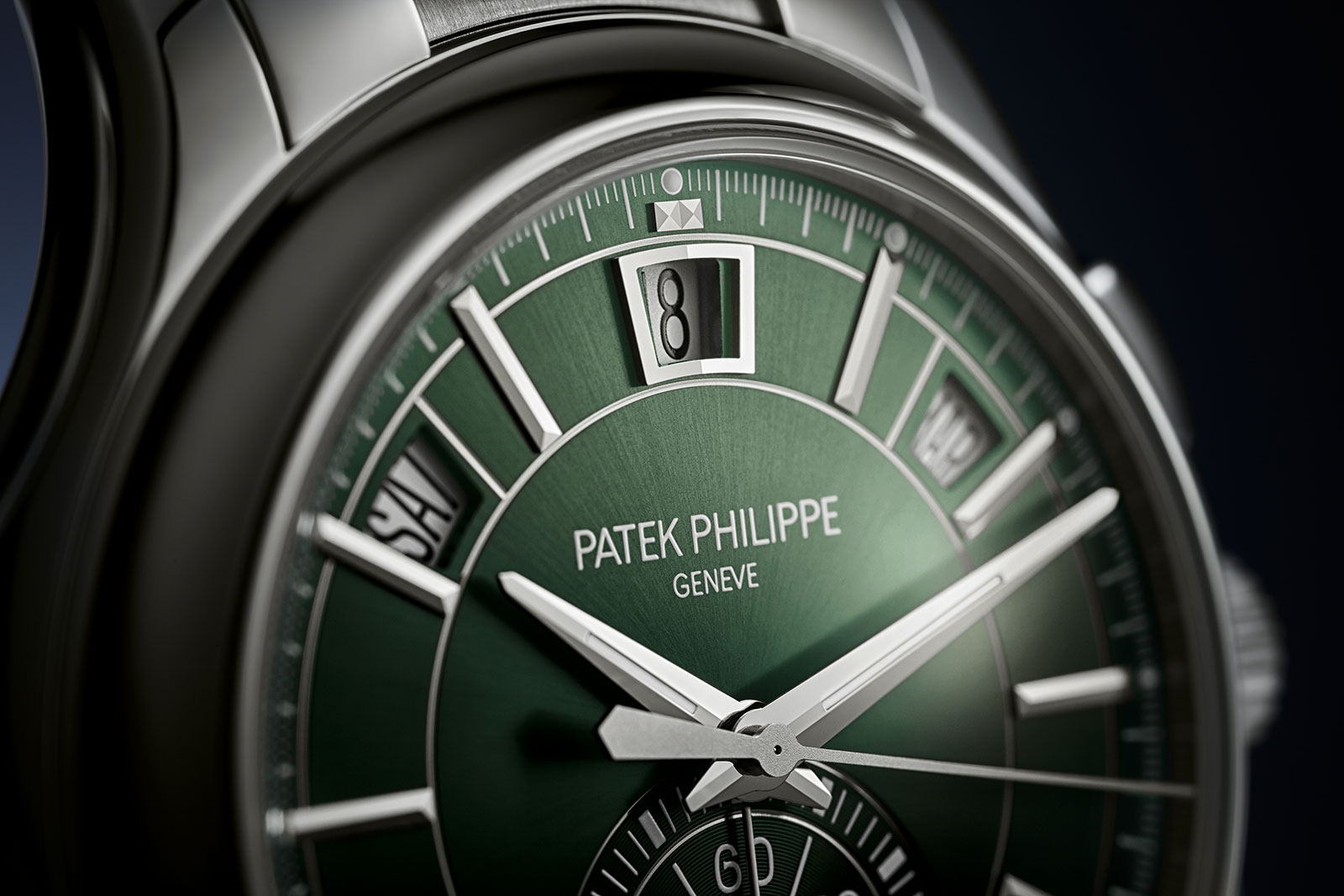 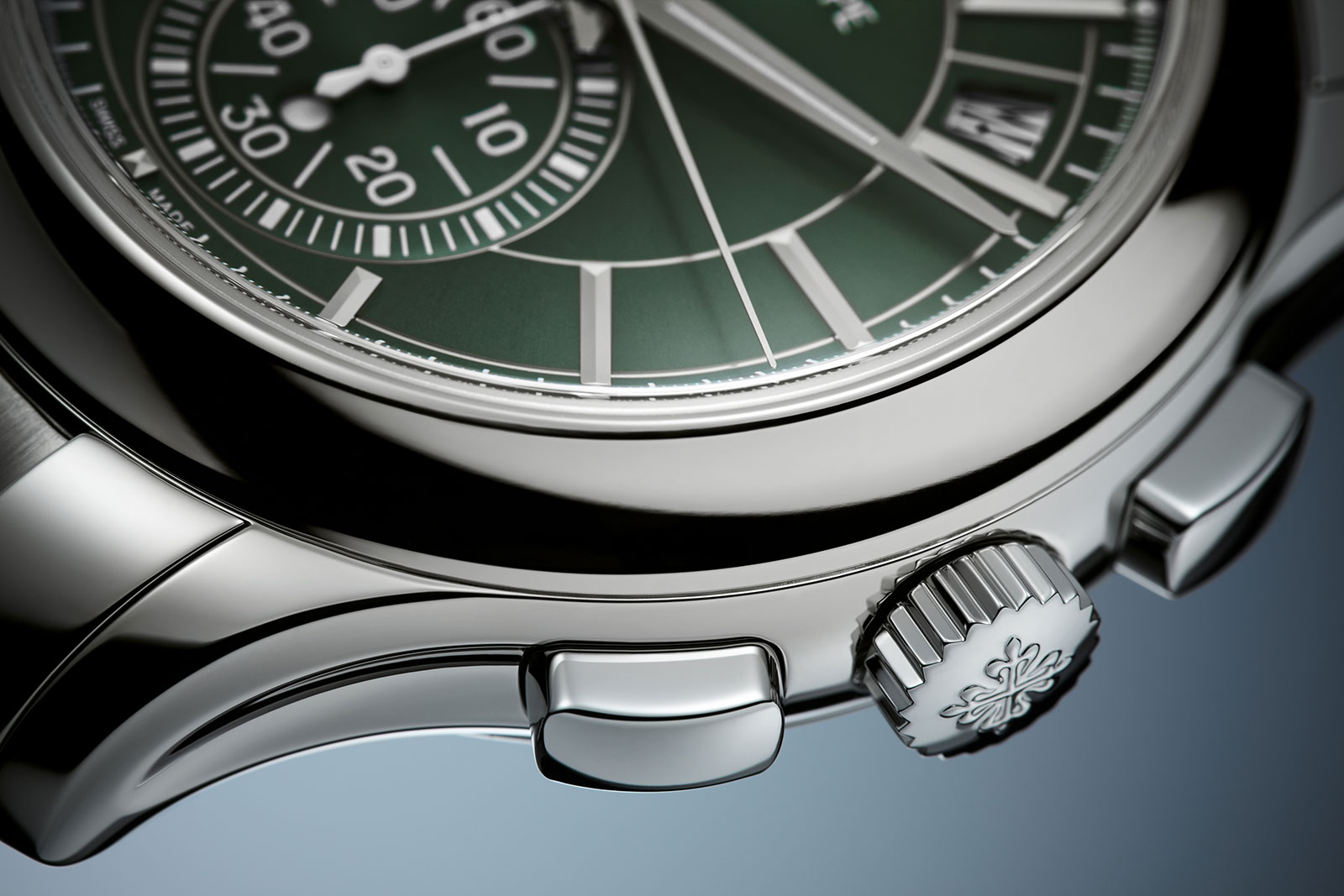 But the new ref. 5905/1A instantly vaults the references to the top of many wish lists. It has all the attributes of a sports watch – steel case and bracelet, along with an olive-green dial – though it is not a sports watch strictly speaking (its water resistance is 30 m for instance).

The facelift of the model is rejuvenating and shows that a complicated watch can look good in casual dress, albeit with just the right combination of materials and colours. 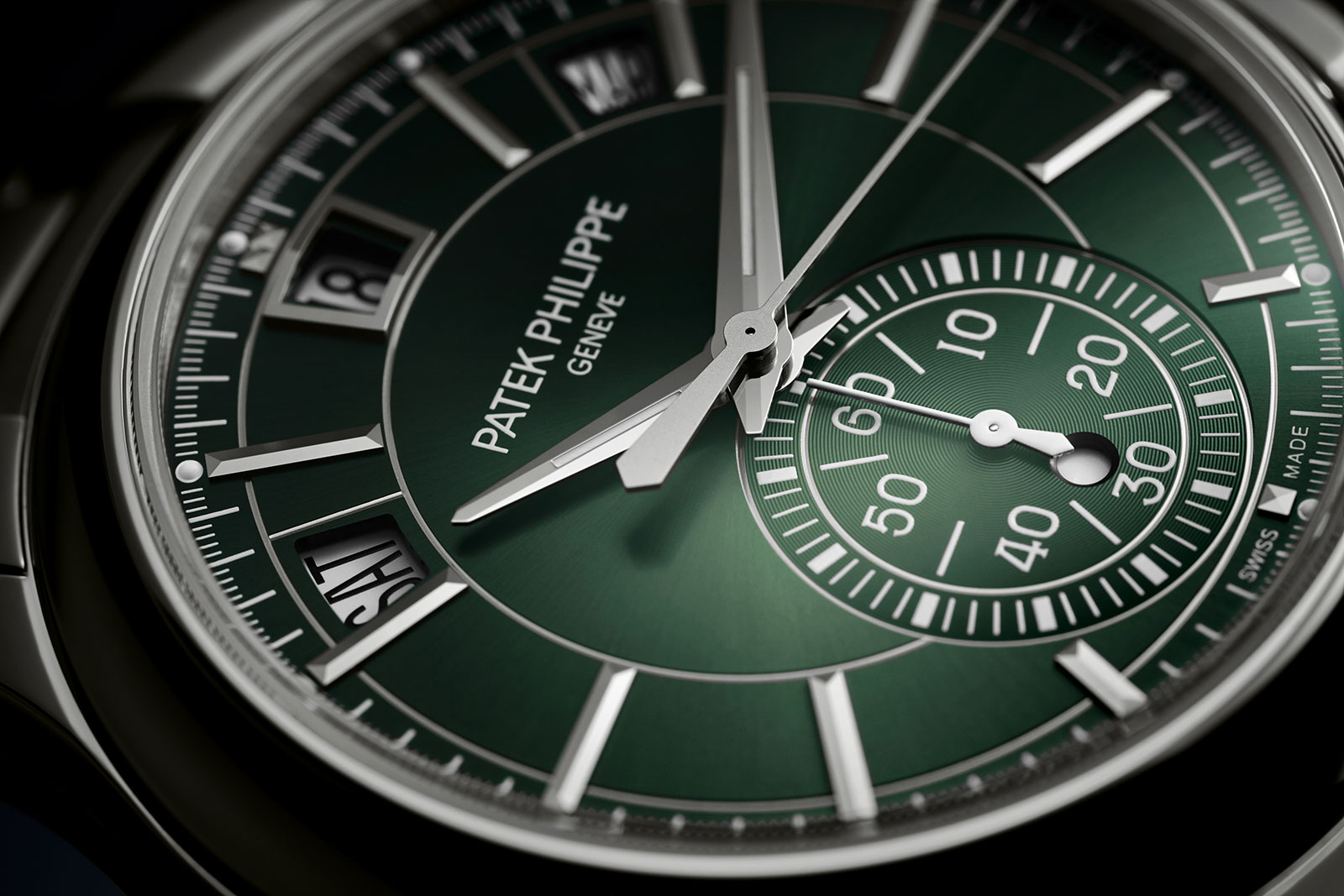 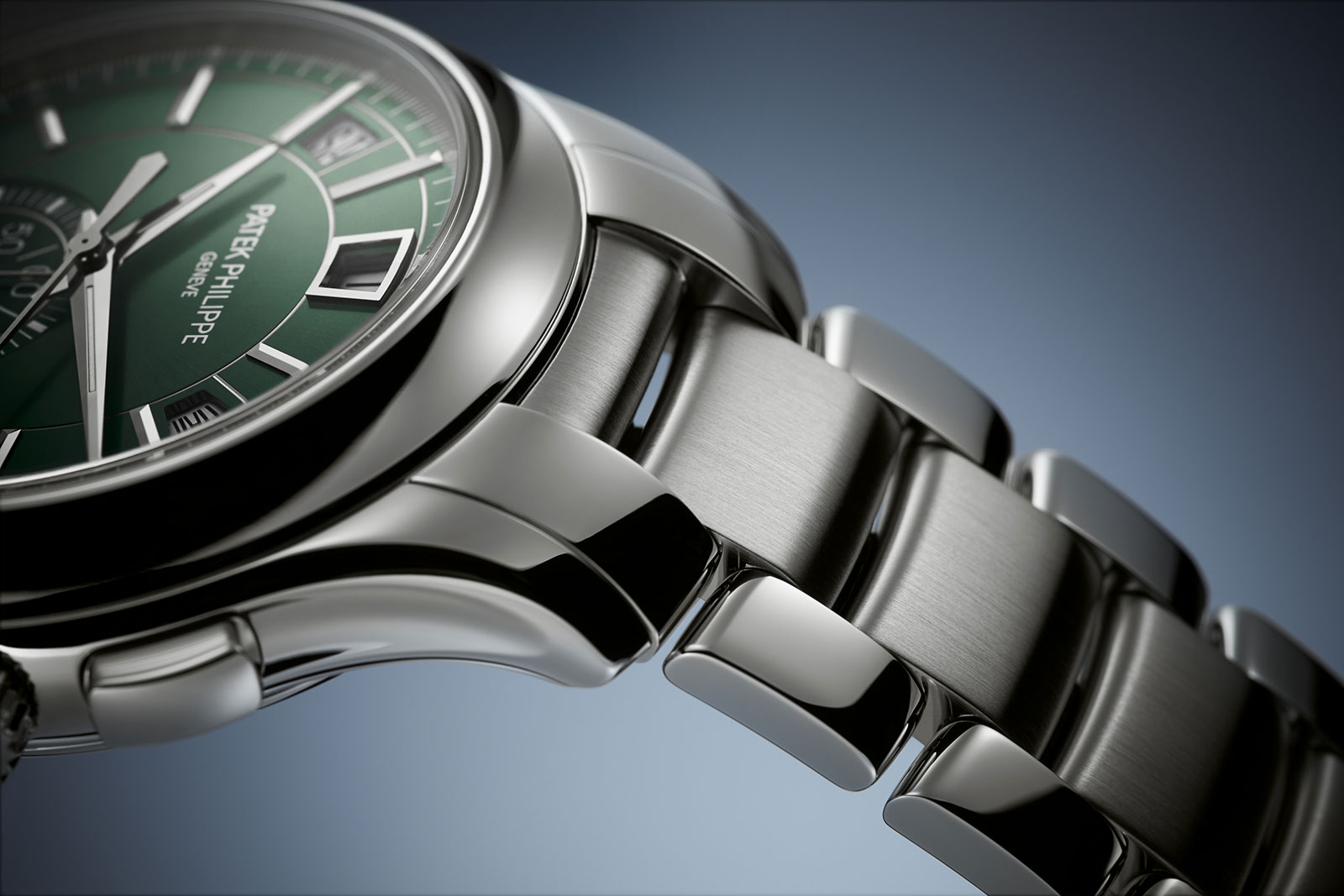 The ref. 5905 and its predecessor share the same movement, the CH 28‑520 that combines a flyback chronograph and annual calendar.

Notably, the chronograph is modern in construction in featuring a vertical clutch, which is both more durable and precise than a horizontal clutch, and also allows the chronograph to be run continuously with no impact on timekeeping. But its utility comes at the price of reduced visual complexity, since the clutch is hidden under the bridges.

That said, the annual calendar mechanism is dated, having been launched in 1996, though has been a reliable performer and improved since its introduction. 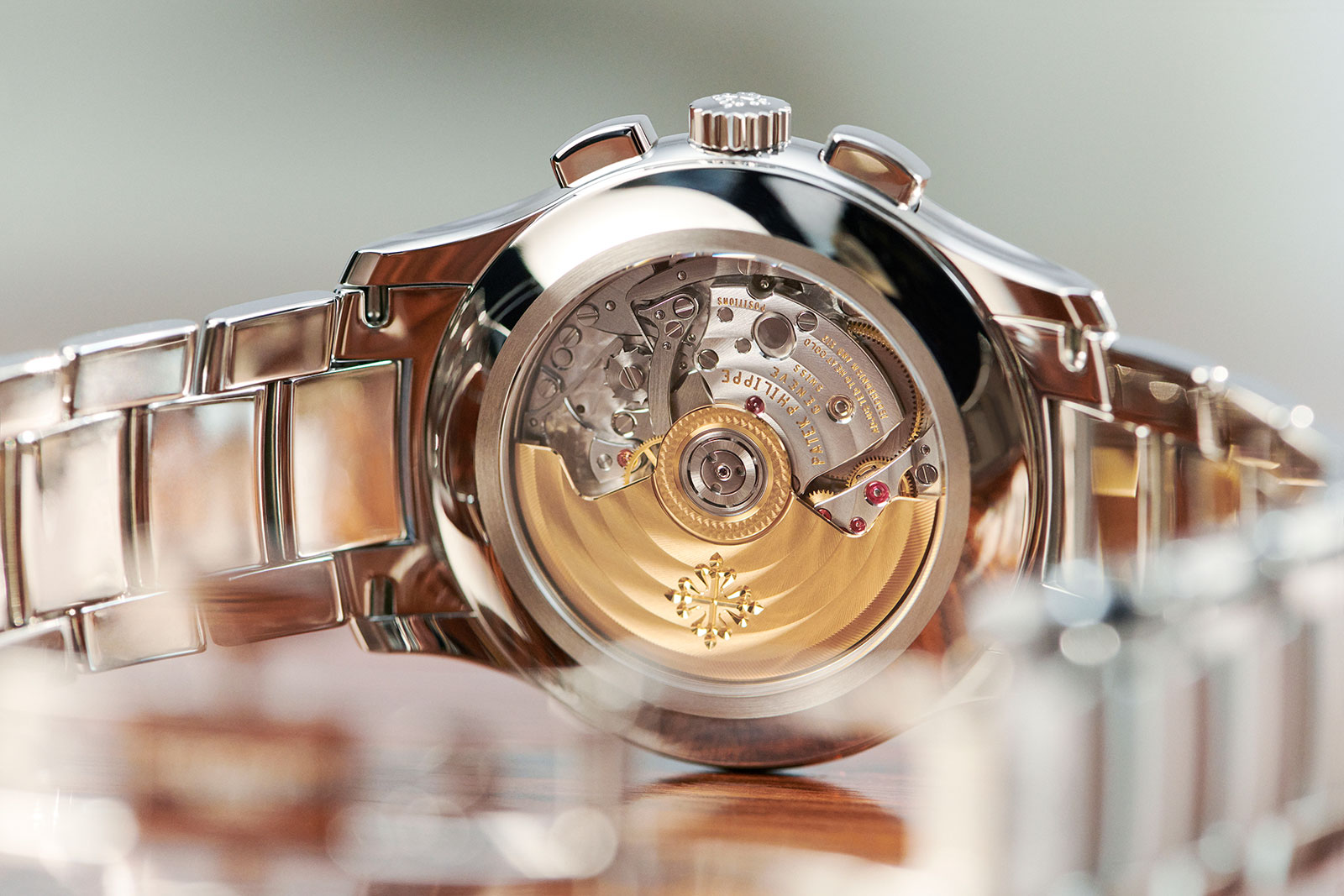 Availability: At both retailers and boutiques
Price: US$59,140; or 78,000 Singapore dollars