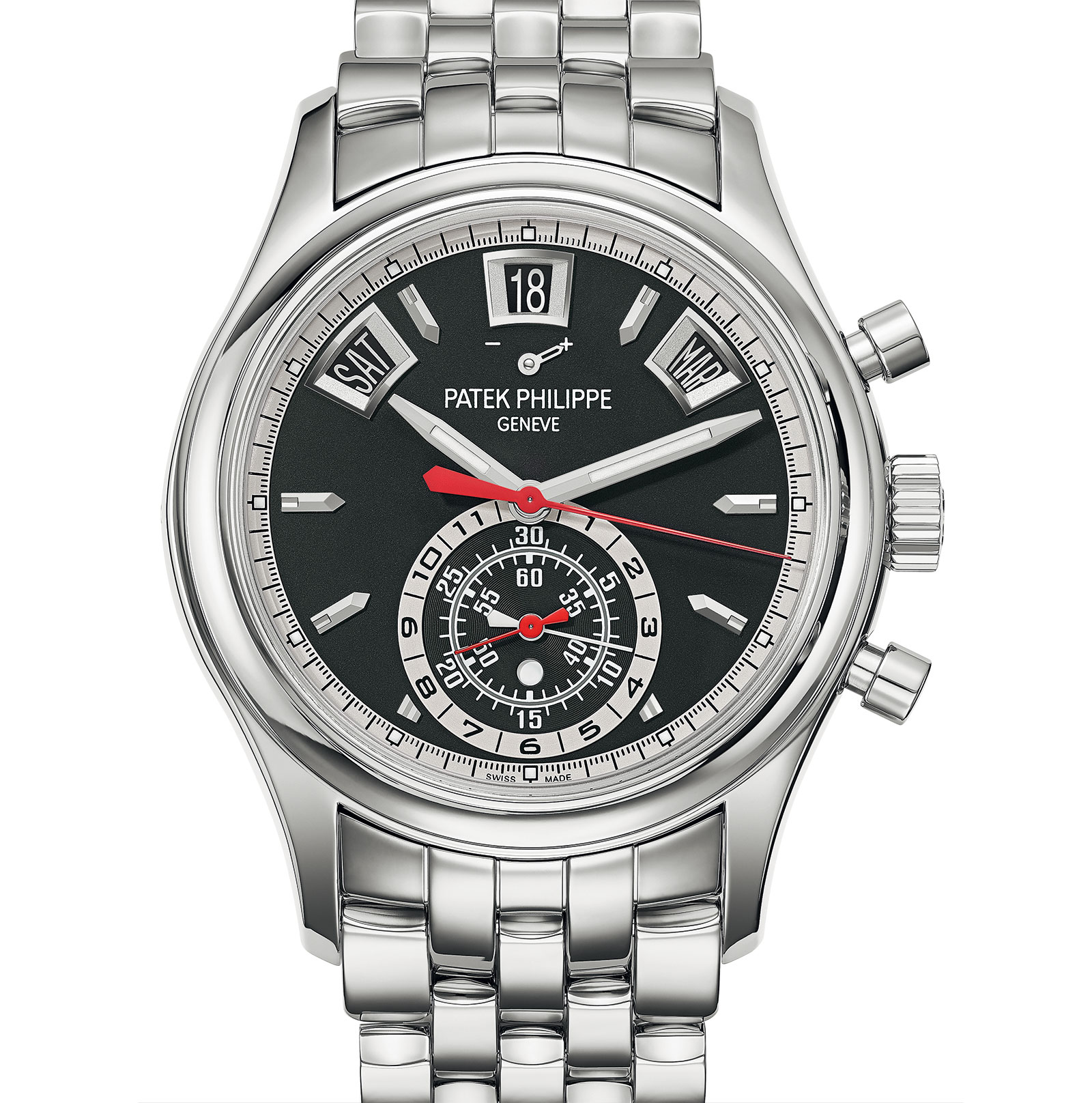 Introduced three years ago as the entry-level sports chronograph from Patek Philippe, the ref. 5960/1A was originally in white with black accents. Now the colour scheme – the ref. 5960/1A-010 – has been inverted for Baselworld 2017.

Hardly earth shattering news but it’s from Geneva’s best so some hearts will beat faster nonetheless. The new dial is “ebony black opaline”, while the rest of the watch remains the same. A 40.5mm steel case with a matching steel bracelet, and the automatic calibre CH 28-520 IRM QA 24H inside.

Up Close With The Patek Philippe Ref. 5960/1A Chronograph Annual Calendar In Steel

Introduced for the very first time in steel, with a matching steel bracelet to boot, the Patek Philippe Ref. 5960/1A is the most affordable variant of the chronograph with annual calendar, and one that's very nearly a sports watch.