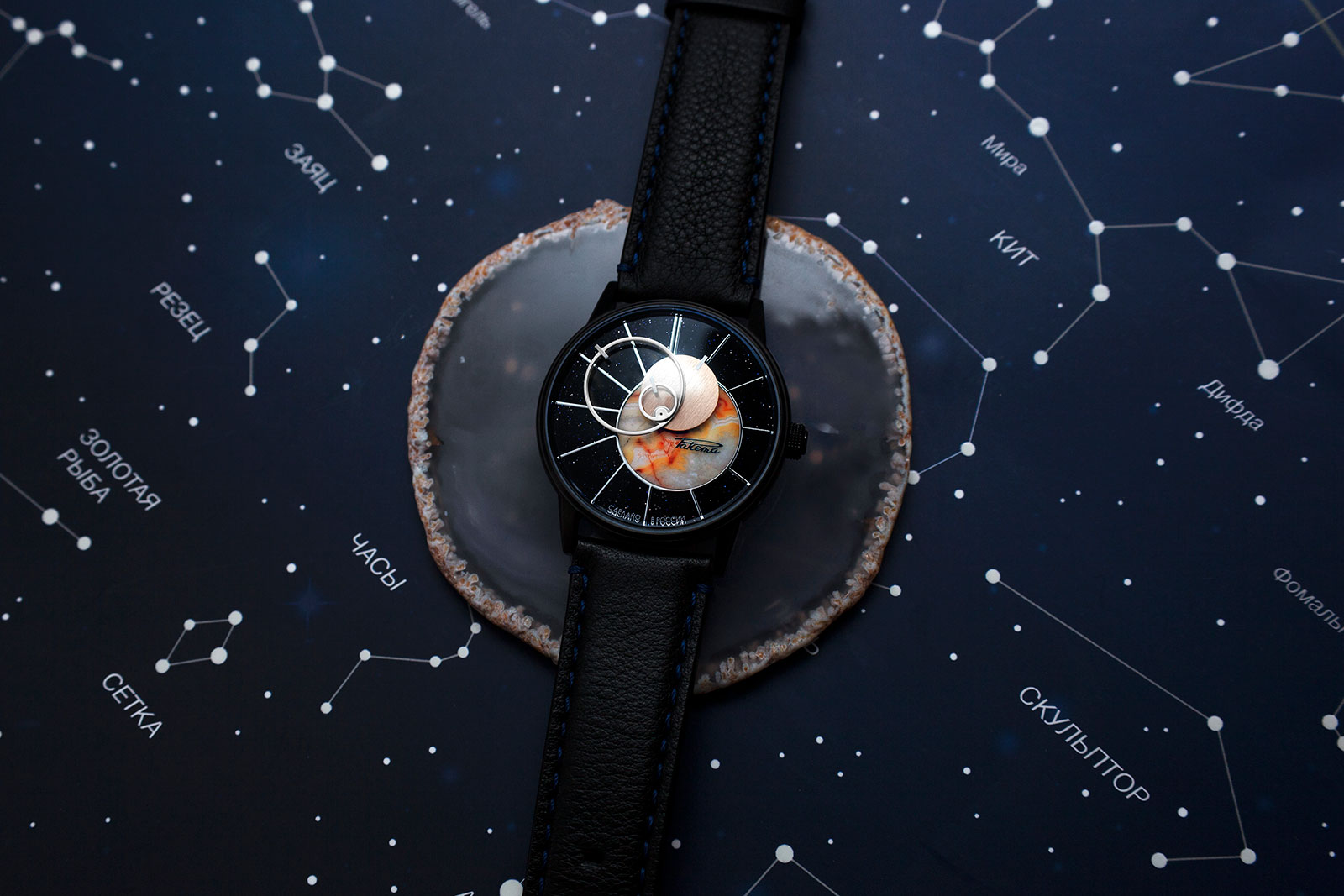 Originally a 1980s Soviet vision of a funky, space-inspired wristwatch, the Raketa Kopernik paid homage to the USSR’s space programme. With hands shaped like the sun and moon, the Kopernik was simple but distinctive. Two years ago Raketa revived the model with a refined design and larger case.

It was one of the first models launched by the brand, now owned by European investors advised by Manuel Emch, the former chief executive of Jaquet Droz who’s injected an artistic sensibility into Raketa.

Now the brand reveals the Copernicus Limited Edition, which features a semiprecious stone dial cleverly composed to resemble the cosmos. 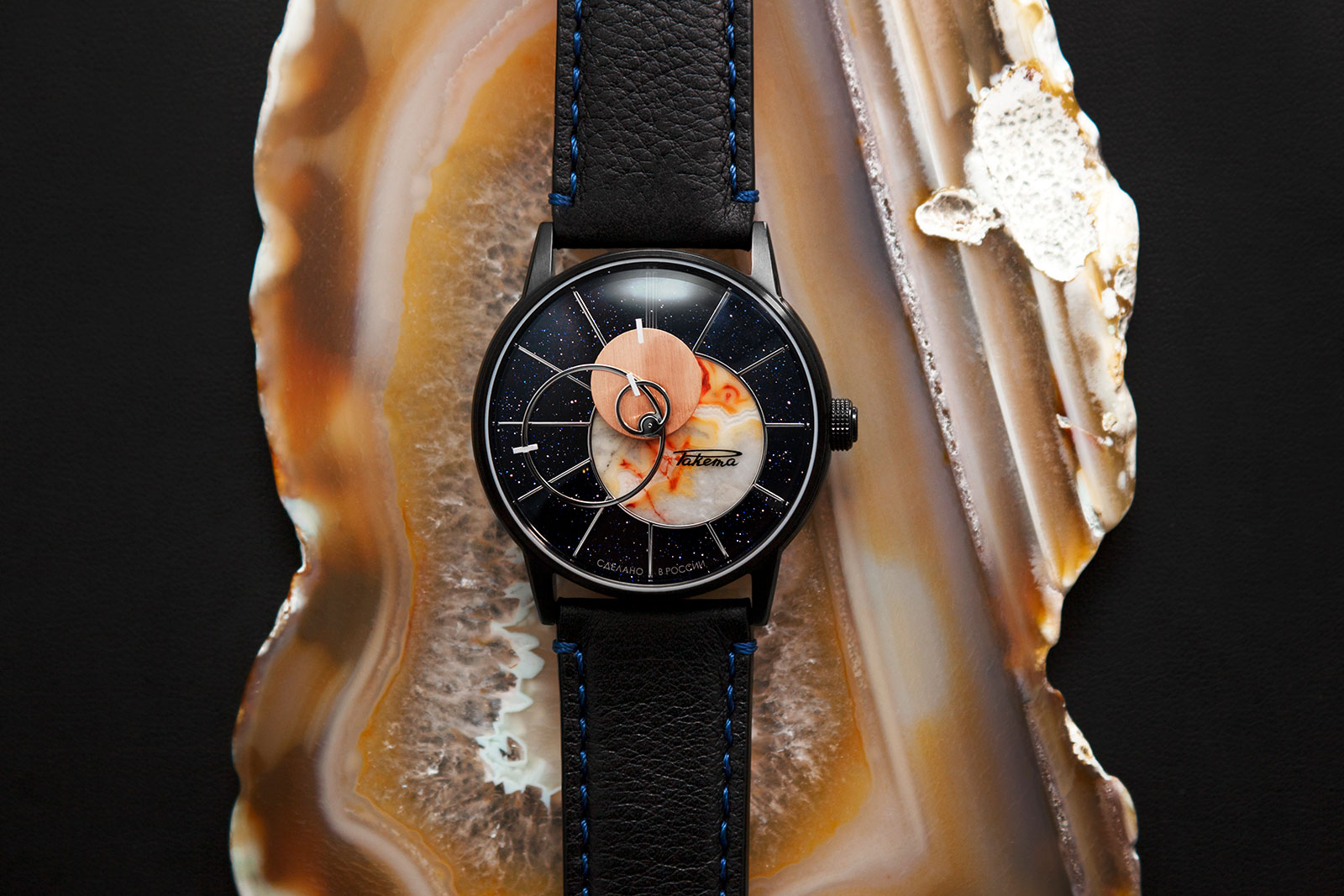 The new Copernicus is a simple variation that manages to be smart and stylish. The yellow agate disc inlaid into the dial evokes the swirling atmosphere of gaseous planets like Jupiter, set against sparkling aventurine glass that calls to mind deep space. Add to that the oversized, stylised hands and the result is a appealing watch that’s relatively affordable. Perhaps the only downside to the watch is the basic finishing, especially the movement.

Though it’s been dressed up with gold plating and a solar system motif etched on the bridges, the movement remains rough looking. For about US$1,500, the mechanics could be better. The aesthetics of the watch are meant to evoke deep space: the steel case is coated matte black, creating contrast with the dial. 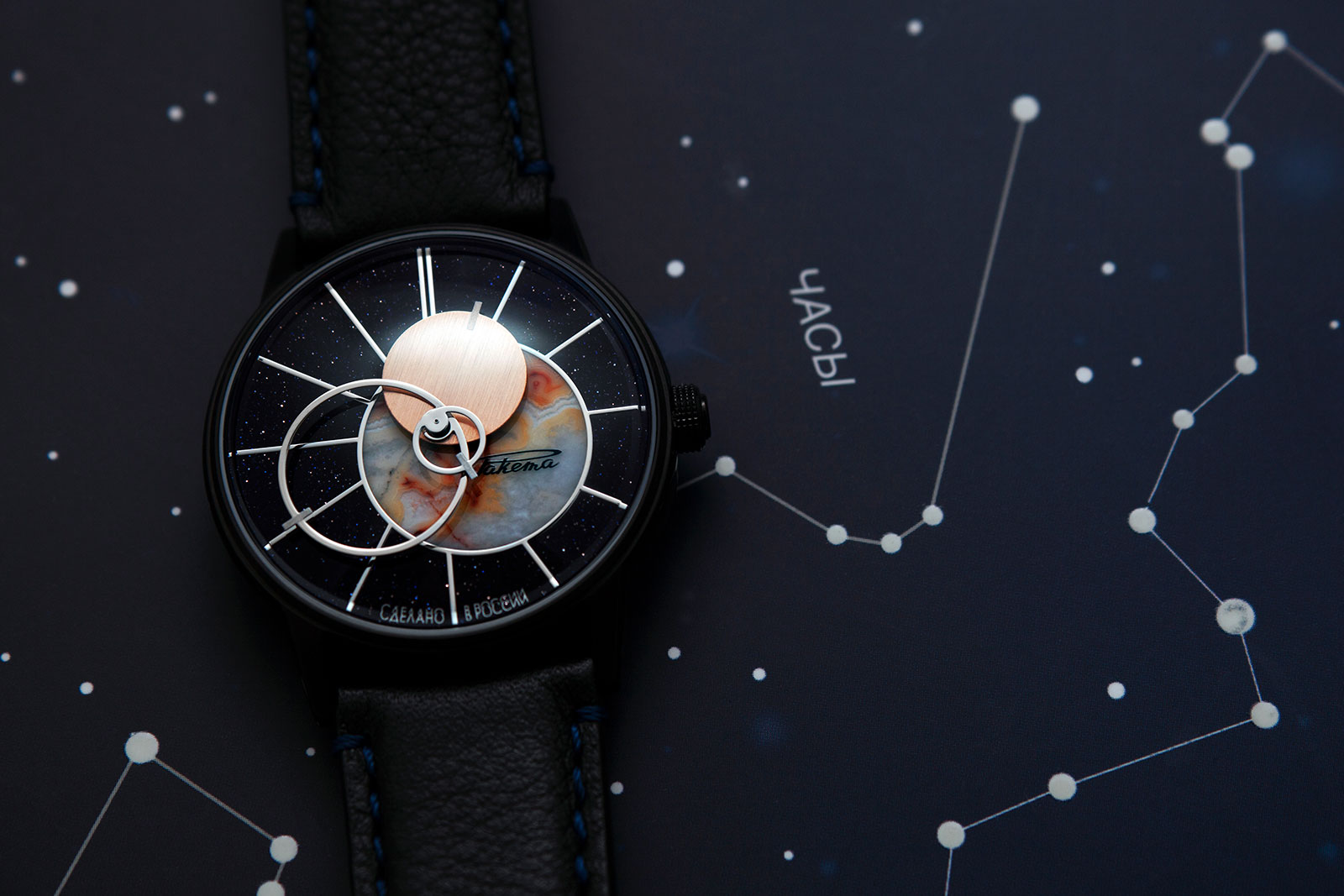 Inside is the cal. 2615, a fuss-free automata calibre made by Raketa, which was once a state-owned watchmaker during Soviet times. 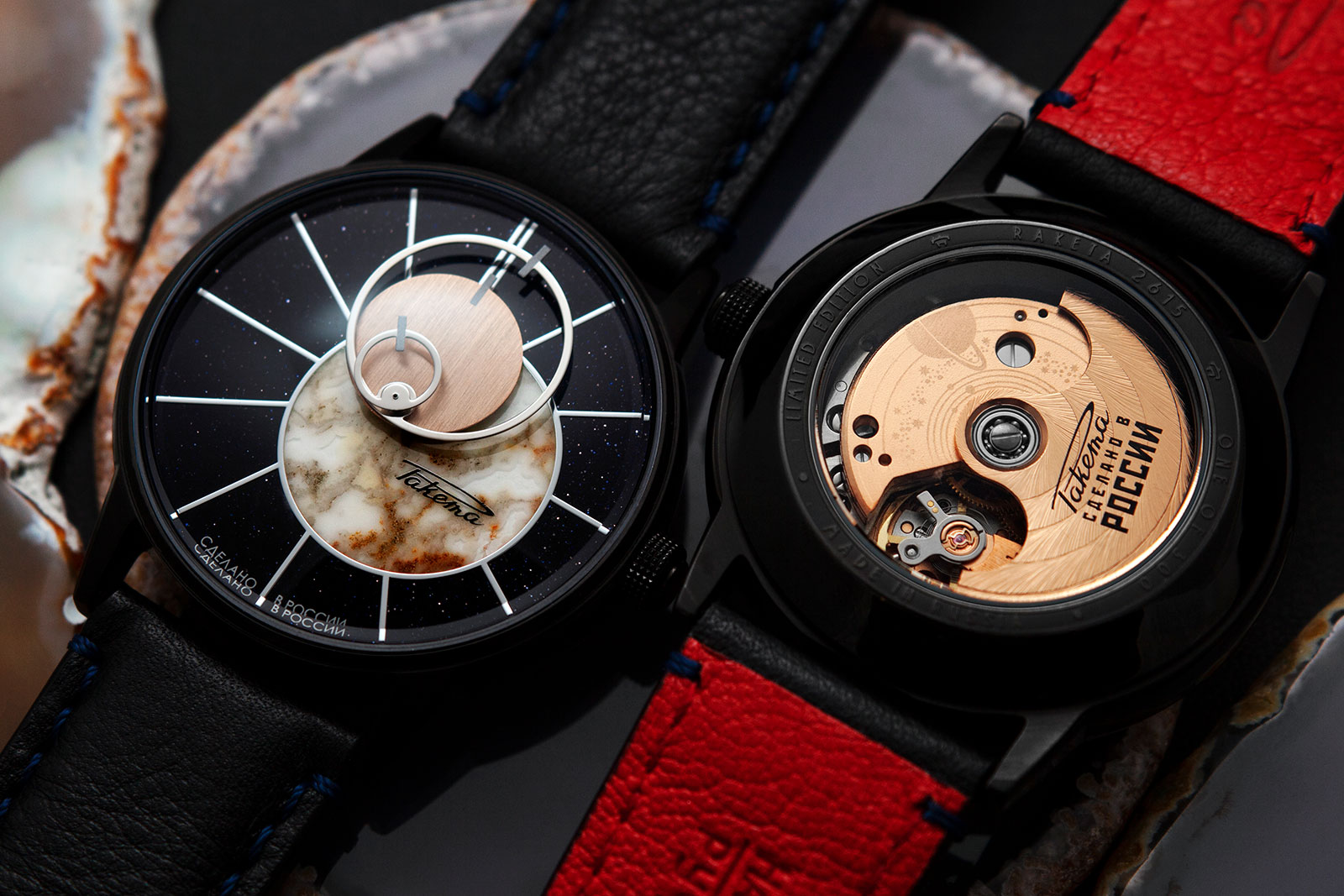 Besides the materials, the dial also differs from that in the standard version in terms of the seconds hand. Here it is a small, open circle, instead of the conventional, linear hand found in the standard model.

But the hour and minute hands remain the same, with hours indicated by a large, open circle and minutes by a brushed, brass disc. 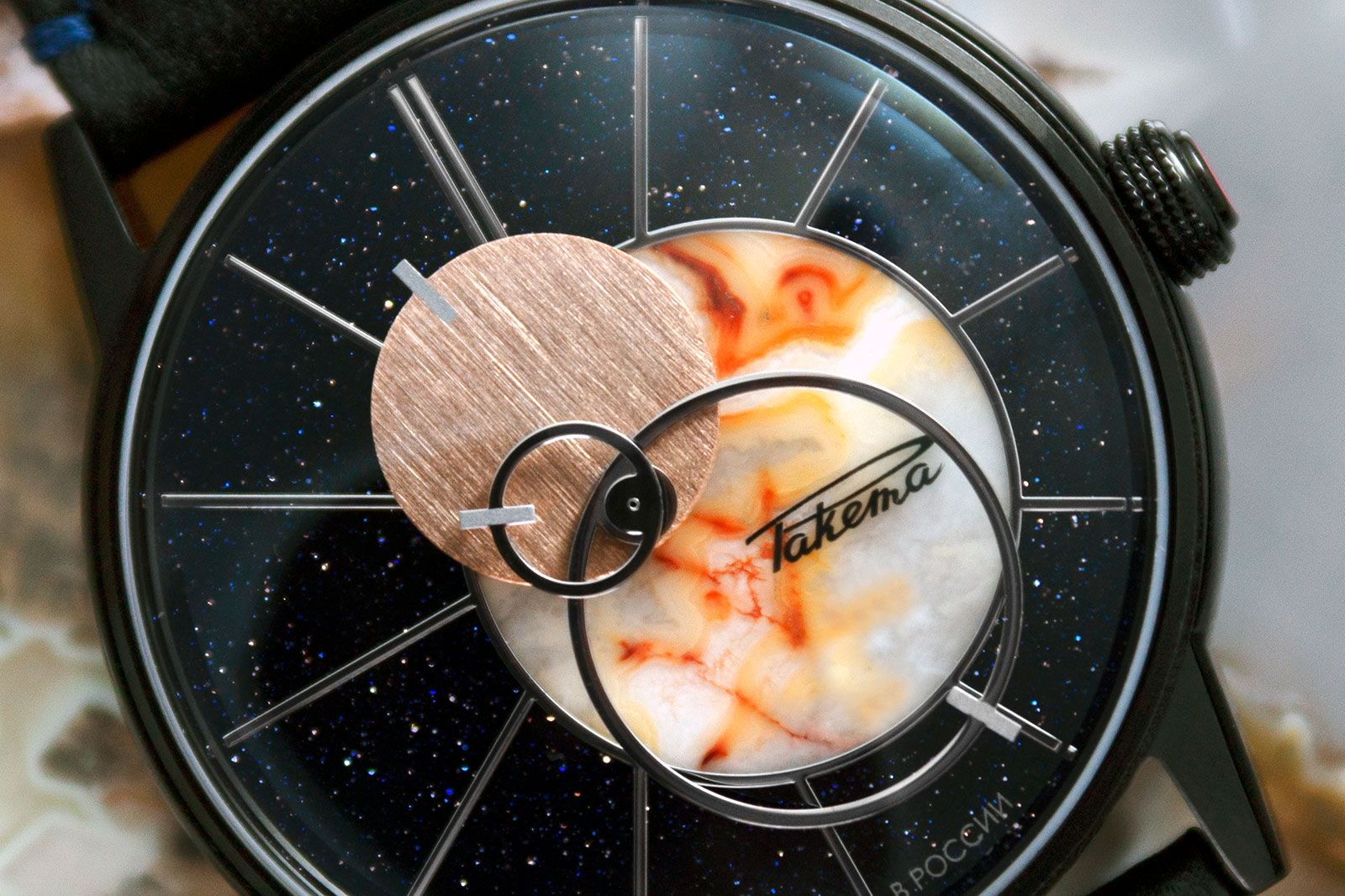