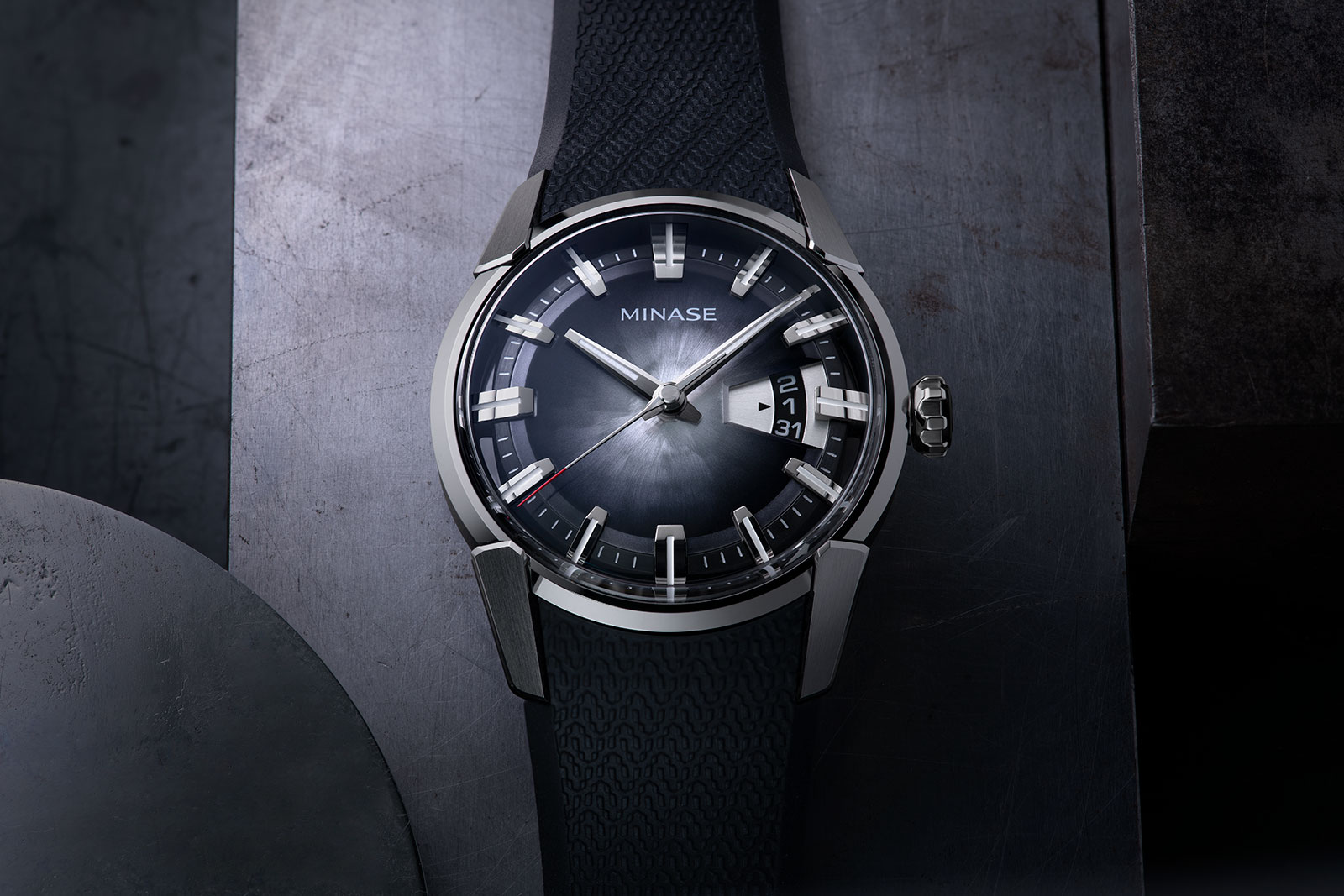 Having been established by Kyowa Co., Ltd, a precision toolmaker that also produces watch cases and bracelets, Minase is a brand that excels in, well, cases and bracelets. Its specialty is the high degree of surface finishing of the case and bracelet using the Zaratsu, or Sallaz, polishing technique that creates a remarkably flat, mirrored surface.

Minase just gave its flagship Divido a new dégradé dial, which has a dark grey finish that darkens to black around the edges. Though similar looking dials are offered by Swiss watchmakers, and sometimes known as fumè or smoked dials, the new Divido dial is distinctly Japanese. 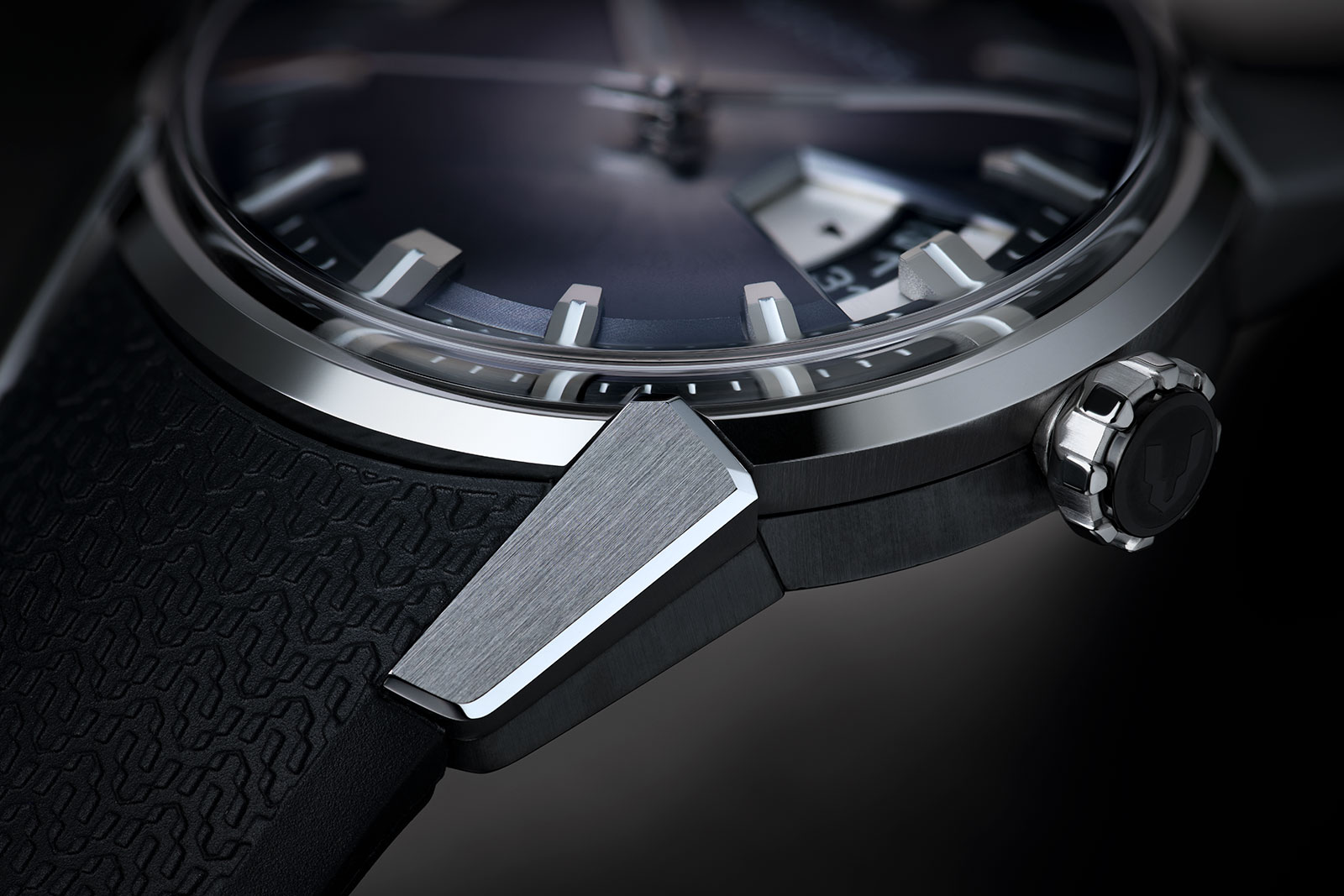 Inspired by Japanese sumi-e paintings – that rely on different concentrations of black ink for shading and depth – the dégradé dial starts as a copper disc that is the hand-painted with several layers of black Japanese lacquer, each layer with a different concentration of black, creating the graduated finish and leaving each dial unique. The dégradé lacquer dial costs about 10% more than the standard model, which is reasonable. 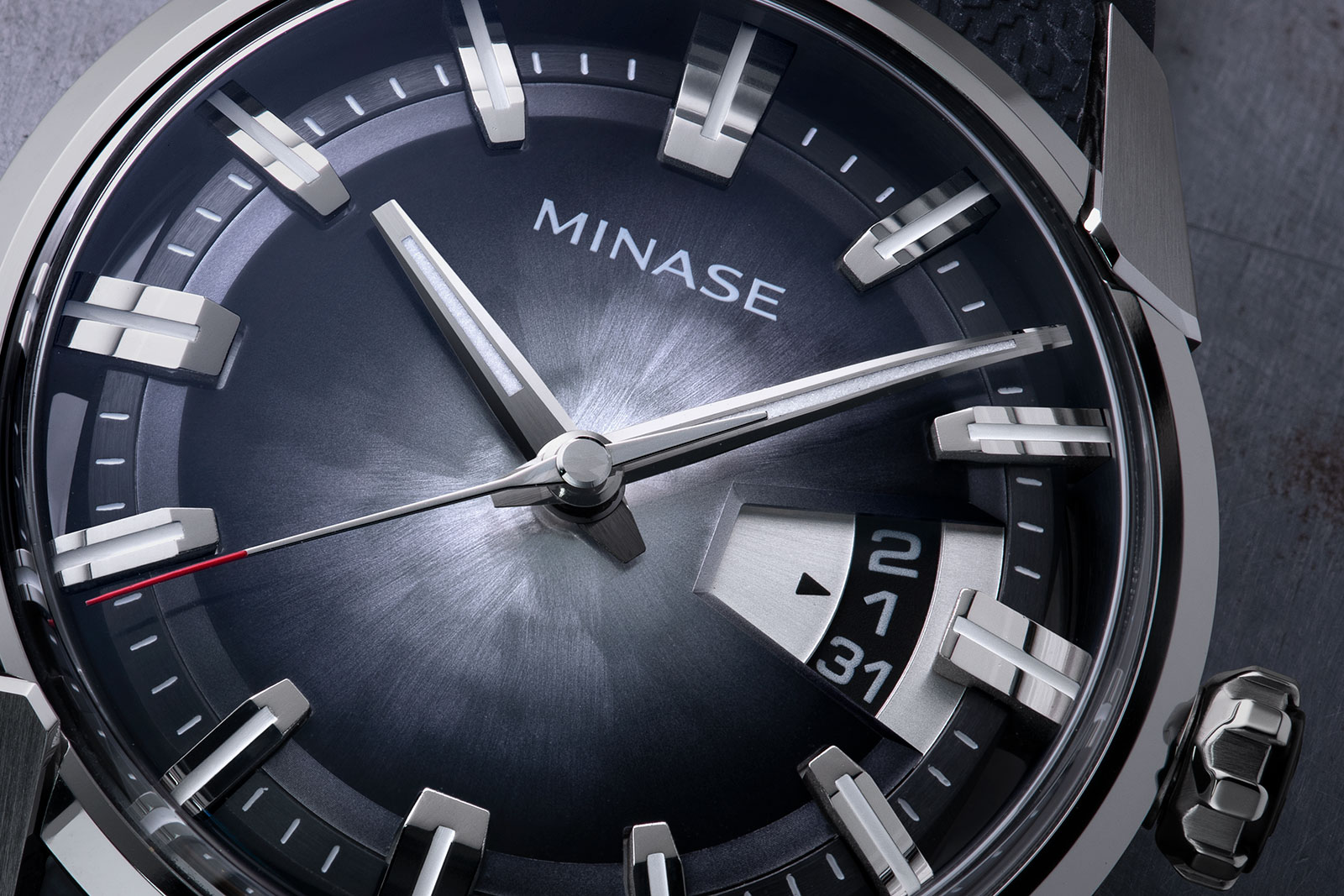 The rest of the watch is identical to the standard Divido, which is to say extremely sharply finished. All components of the case and bracelet are produced and finished in house. Every surface of the case is finished, with contrasting brushed and polished surfaces employed throughout. Even the folding clasp sports with a mix of surfaces finishes.

The polished surfaces are finished with the Zaratsu technique – that reputedly creates a remarkably flat surface unmatched by other methods – which gets its name from the polishing machine made by the now defunct Swiss machinery maker Sallaz. As the story goes, Japanese watch case maker Hayashi Seiki Seizo imported Sallaz machines in the 1950s, and the technique has now become the default treatment for high-end Japanese watch cases. 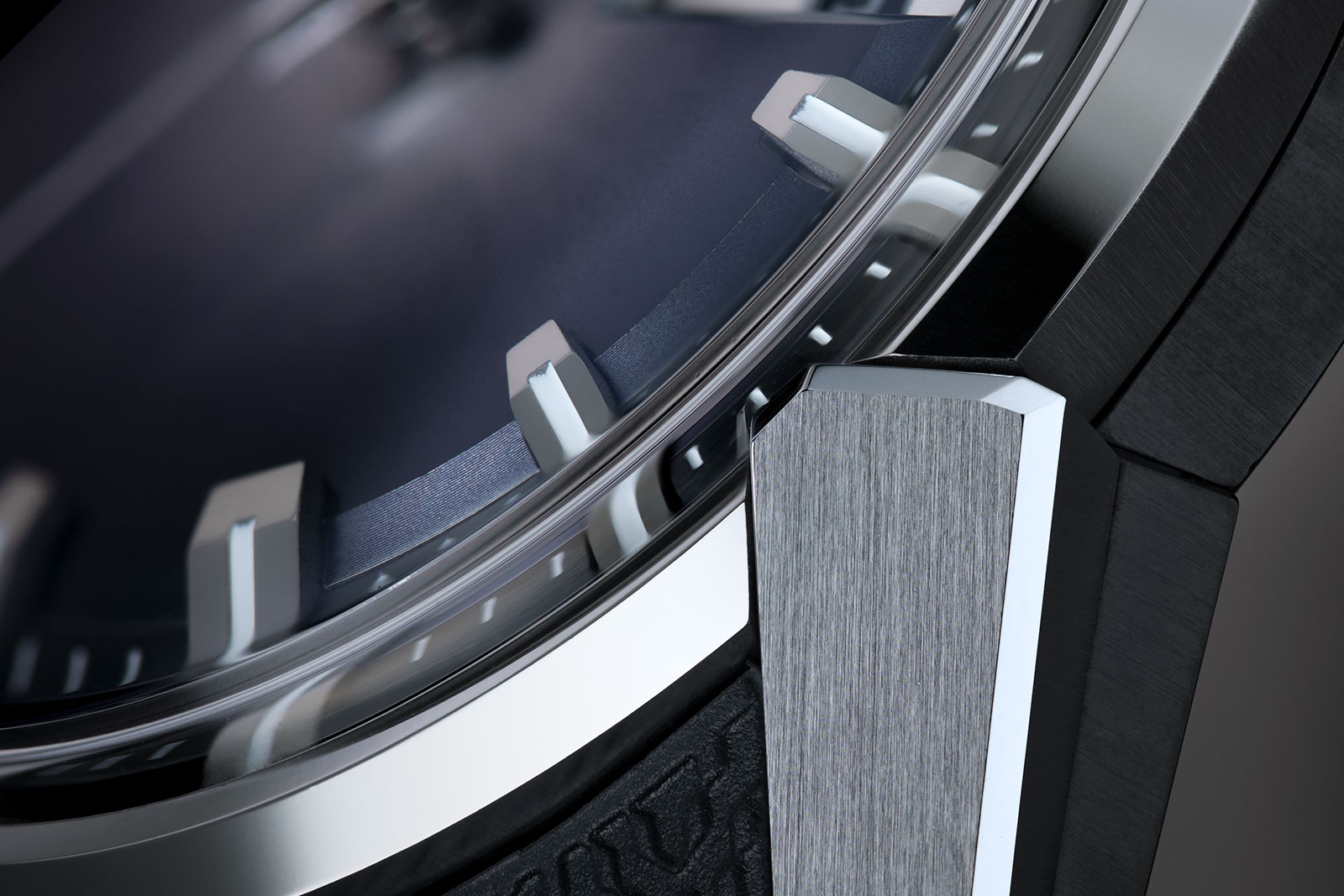 The sapphire crystal is a domed, “box type” 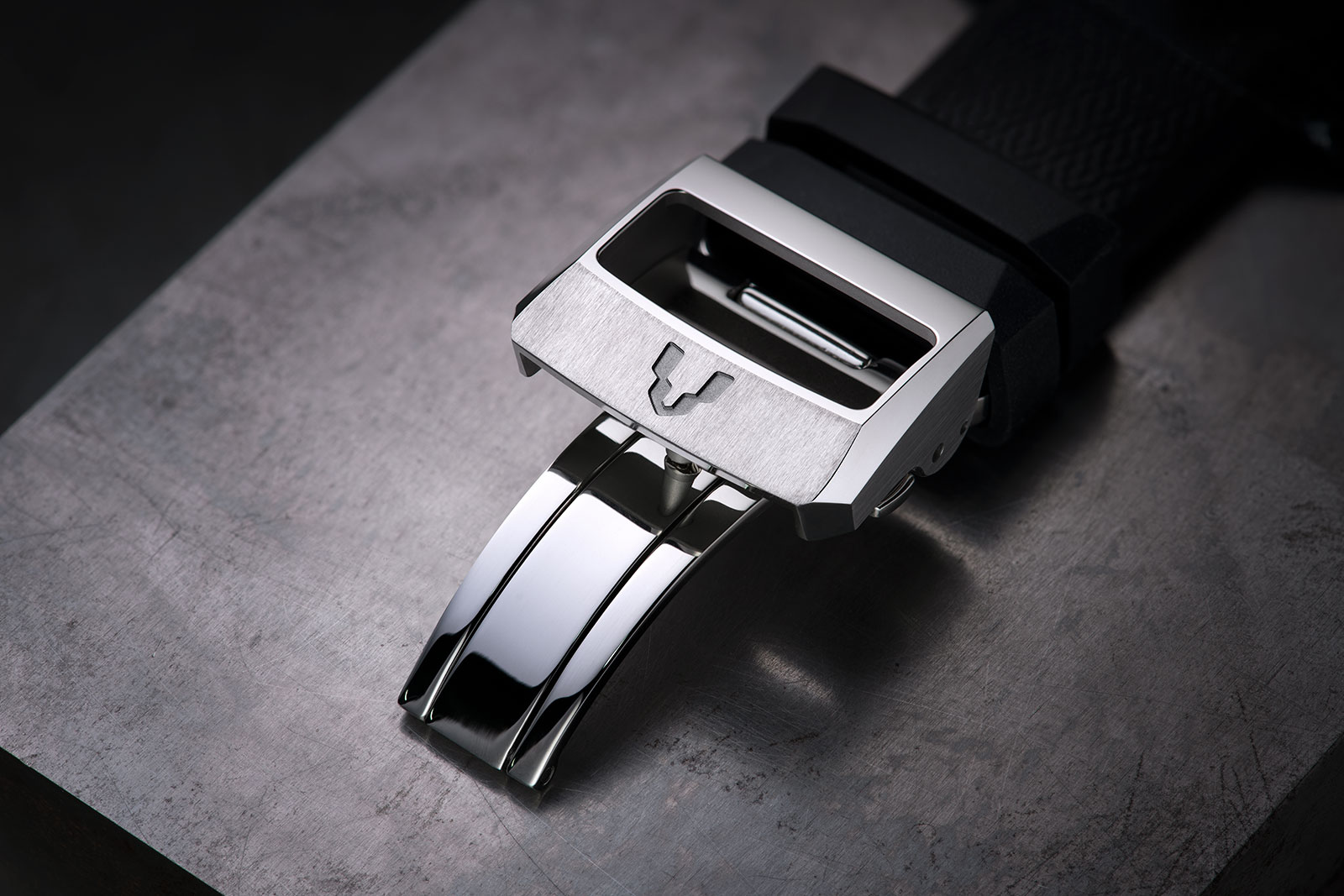 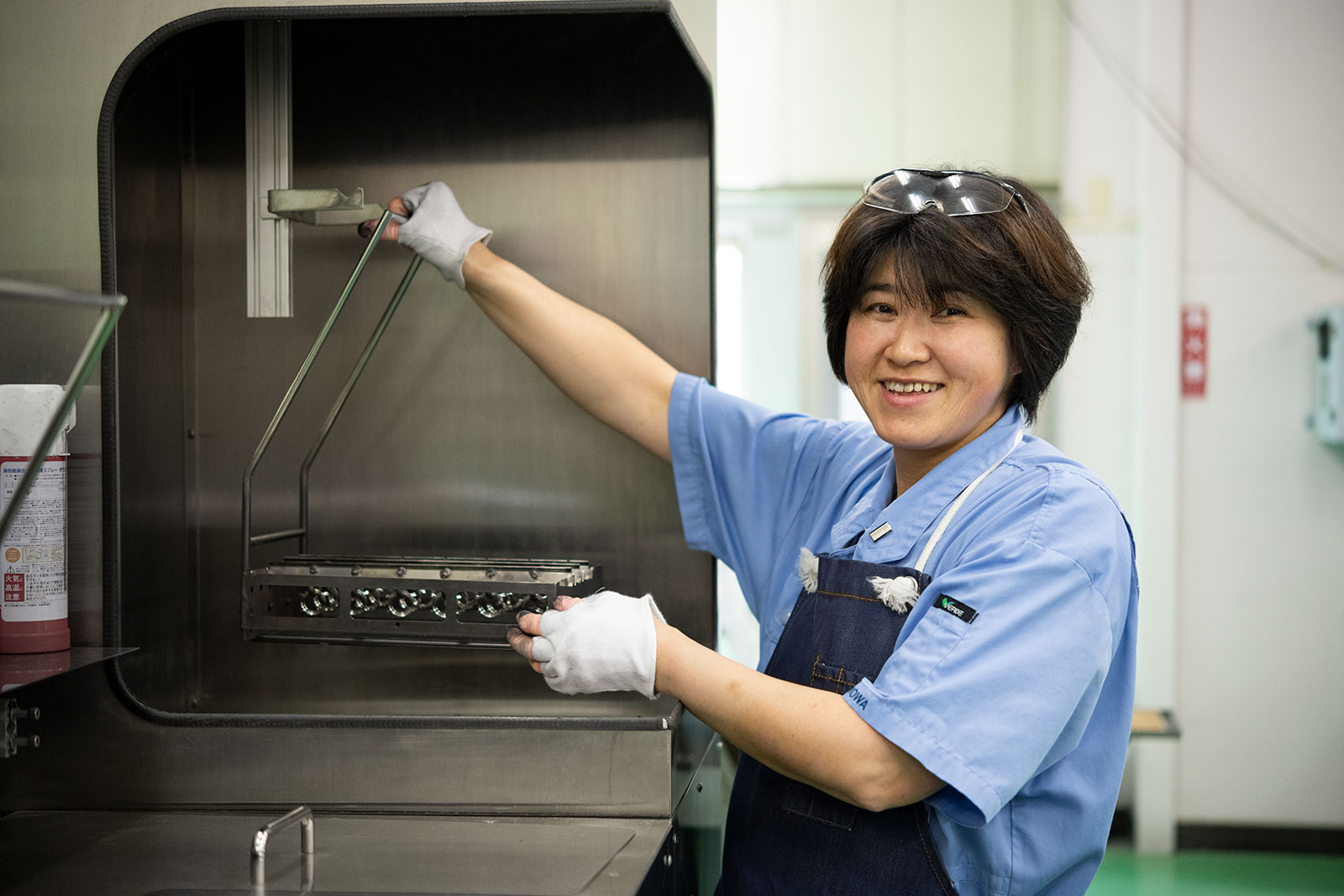 Chizuko Sato, a 28-year veteran of Minase who works in polishing

Design-wise, the Divido is also Japanese. Despite being a simple watch, it has an elaborately styled case and dial, reminiscent of the giant robots from Japanese anime.

The case construction is also somewhat unusual. The movement is secured by an inner case that’s suspended inside the outer case, which when seen up close, the dial appears to be floating within the outer case.

Like Minase’s other watches, the Divido is powered by a Swiss movement, albeit the low-cost, fuss-free ETA 2824. The movement is basic, but it’s been dressed up by Minase with perlage on the bridges and plate.

Availability: Direct from Minase, from end November or early December
Price: €3,055 without taxes