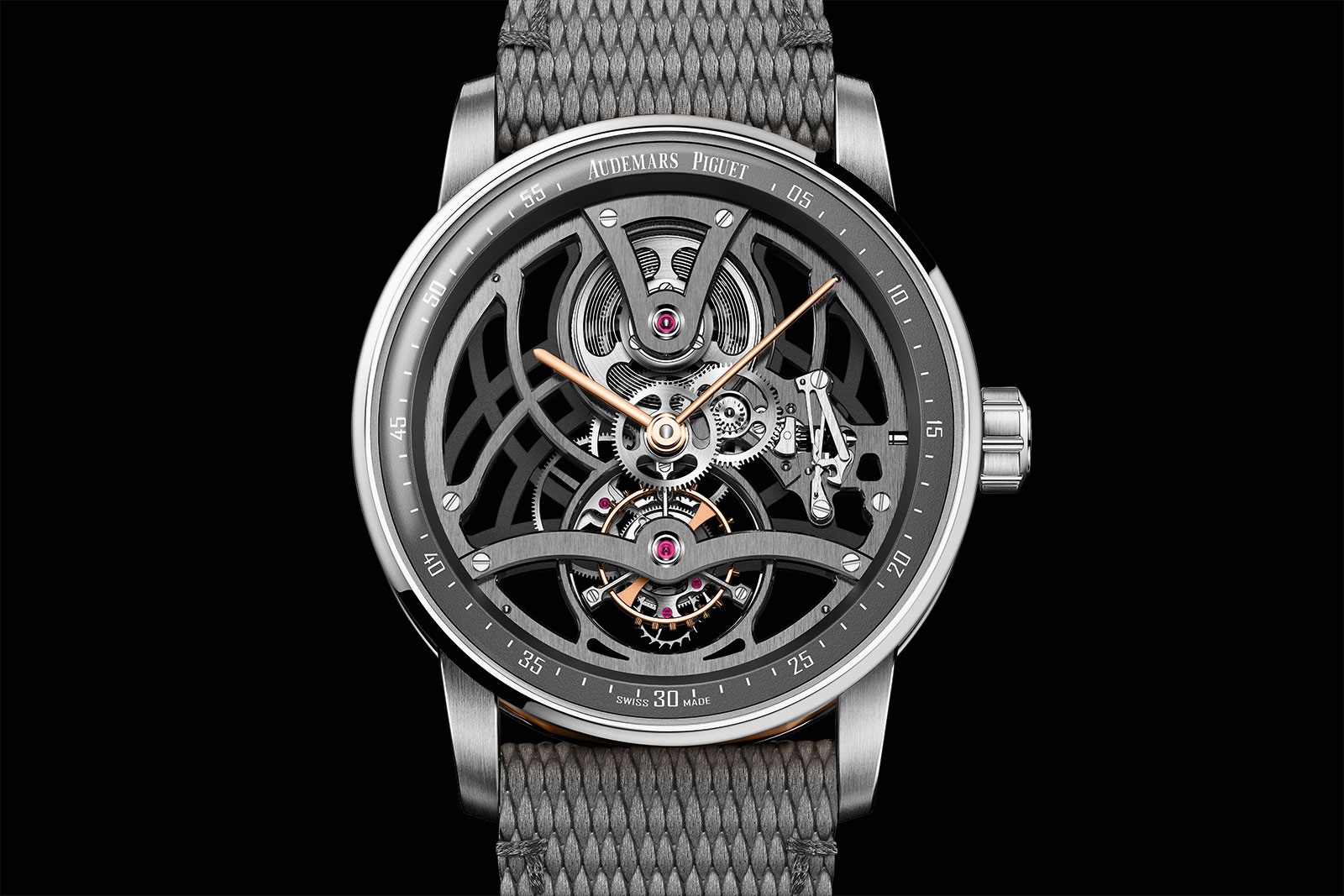 One of the six Code 11.59 models in the inaugural collection launched in 2019, the Tourbillon Openworked was the flagship – and also the most interesting aesthetically. In fact, the same watch was reimagined as a unique creation for charity auction Only Watch 2019 – where it sold for one million Swiss francs. And that turned out to be a hint of what was to come.

And it has finally arrived in the form of the Code 11.59 Tourbillon Openworked, in a two-tone case just like the unique 2019 example,  but with a striking, pale grey movement finish. 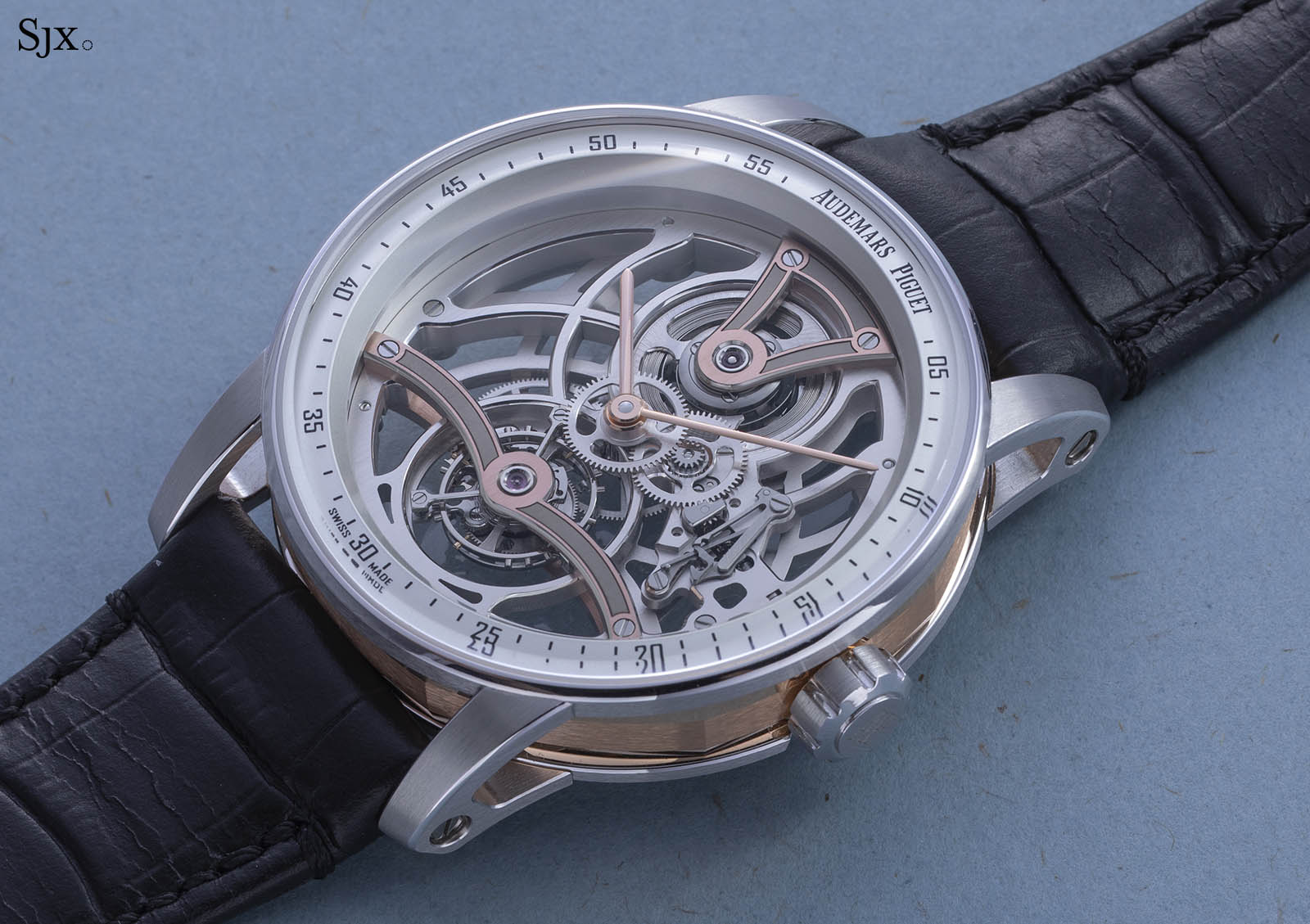 The million-franc Only Watch 2019 edition

The new Code 11.59 tourbillon differs from the original version in colour and material, seeming superficial changes that are nonetheless crucial in bringing out the best features of the design.

By virtue of its material mix, the two-tone case – the middle in pink gold and the rest in white gold – obviously has more contrast than the original single-tone version. This brings out the complex case form and finishes, especially the octagonal case middle with its alternating brushed and polished surfaces.

And dressing the movement in light grey is a smart move that gives the watch a casual, chic look that goes well with the two-tone case. 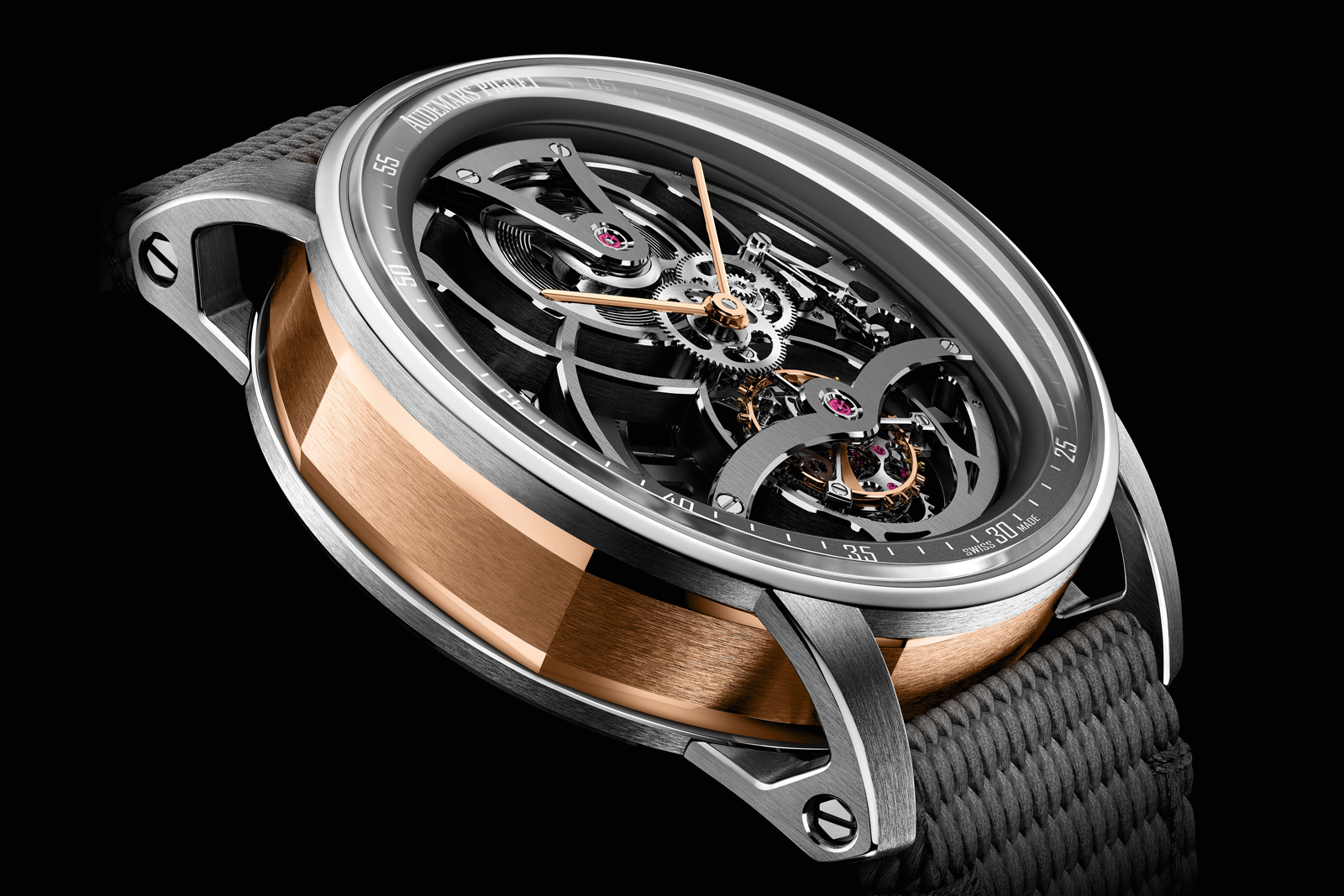 But the alteration of the case colours only work because the fundamentals are sound – despite the criticism the Code 11.59 received at launch.

Conceived as a skeleton movement from the ground up, the cal. 2498 within has an attractive architecture that’s not seen in traditional open-worked movement. Instead of removing excess material from an existing movement as is convention, the cal. 2498 started out as a blank slate, allowing its designers to create elongated, flowing bridges and a symmetrical layout front and back. 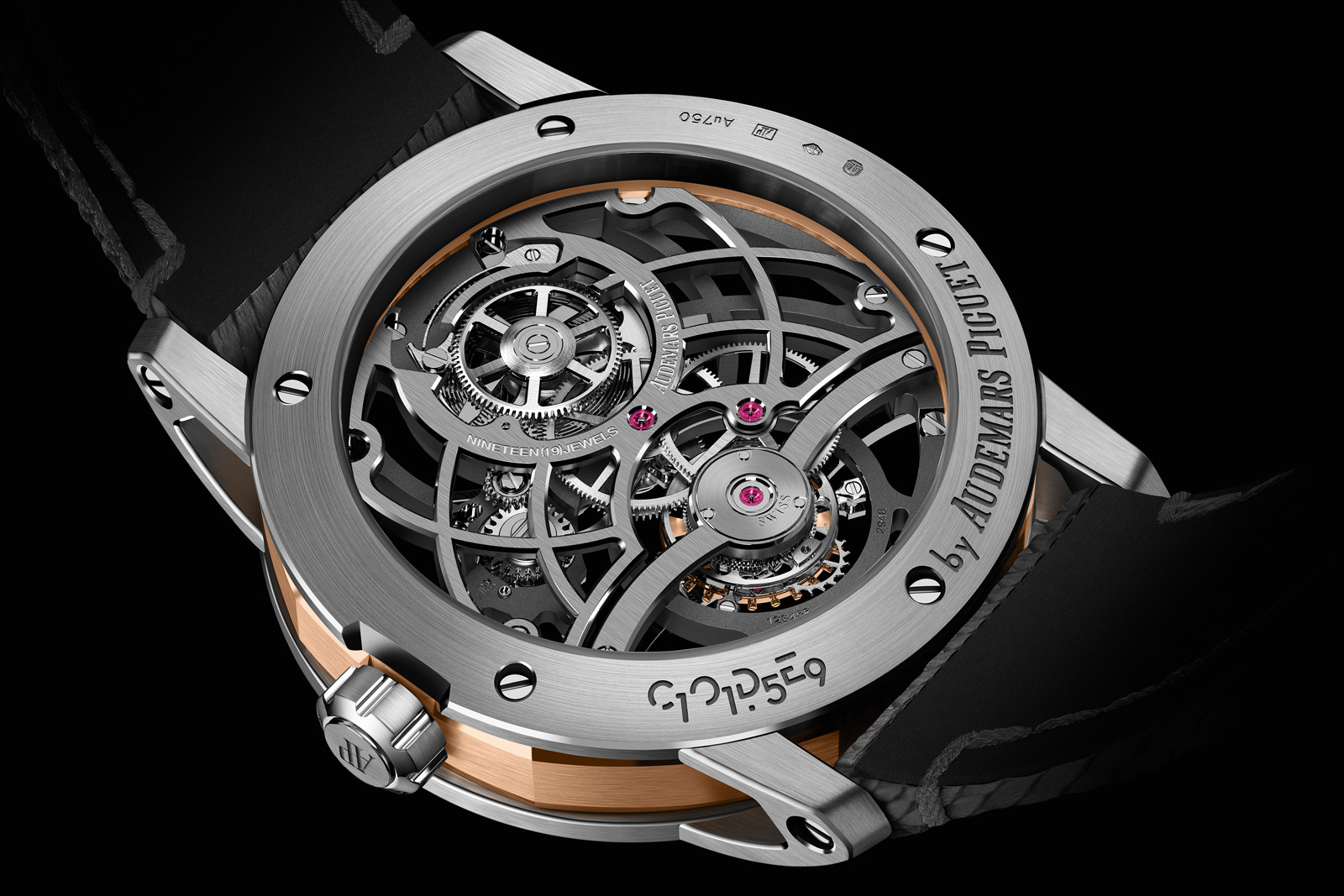 Priced at CHF189,000, the Tourbillon Openworked does cost a lot, but is reasonably priced for the most part, considering the excellent skeletonisation and finishing, as well as the intricate case. And compared it to the similar but million-franc Only Watch 2019 version, this is arguably a bargain.

While the aesthetics of the new Code 11.59 tourbillon are entirely different from the original version, it is basically the same watch. Overall it’s a sizeable watch, with the case the same 41 mm in diameter, and a relatively thin 10.7 mm.

And the cal. 2498 is similarly identical in technical terms, but has been given a new look with the grey finish on the bridges and base plate that contrasts well with the pink-gold hands. 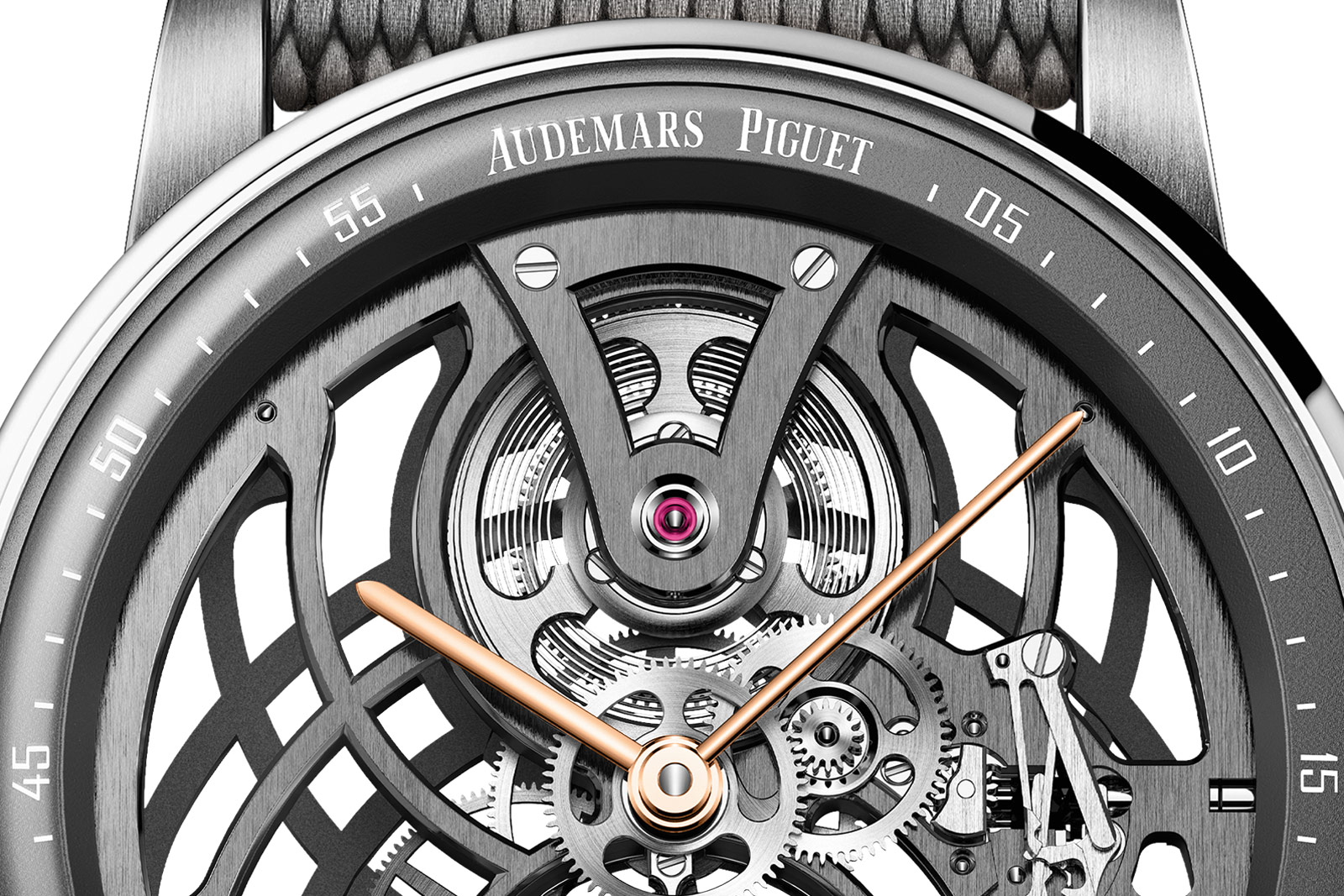 The openworked barrel at 12 o’clock reveals the mainspring that stores and supplies energy to the oscillating balance wheel, while the keyless works are coupled to the crown at three o’clock, while the motion works sit directly under the hands

On the topic of the movement – here’s an interesting and minor critique. An open-worked movement is intriguing because it reveals the various mechanisms within a mechanical watch. But the cal. 2498 arguably has a shortcoming in that respect: the motion works under the hands obscure a section of the tourbillon.

That said, this is more of an issue for watches with a solid dial, because the openworked movement still allows for a fairly comprehensive look at the tourbillon from different angles. 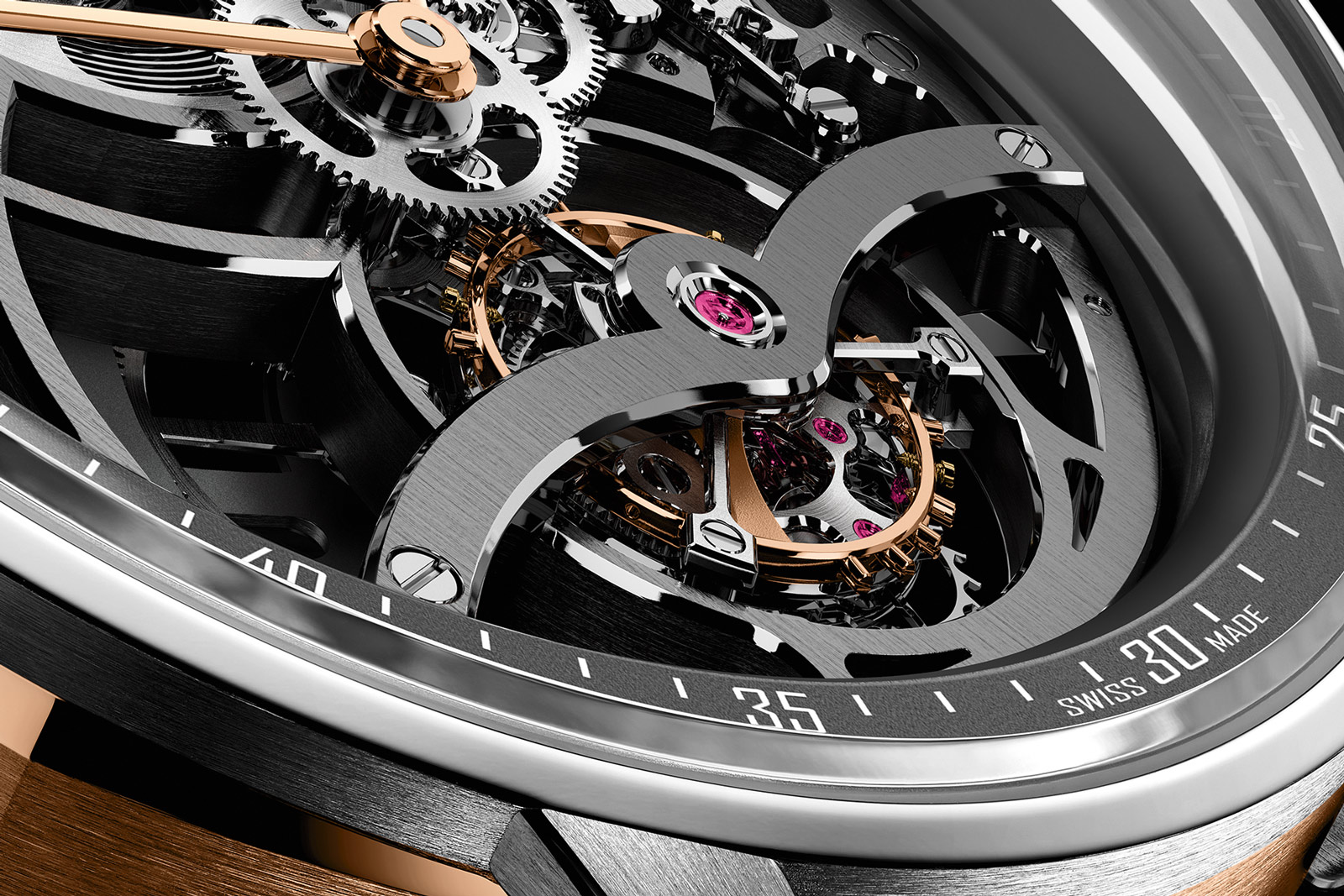 It’s worth mentioning the more recent Code 11.59 Selfwinding Flying Tourbillon Chronograph manages to avoid the overlap, but the solution is likely not feasible on the time-only tourbillon model.

That’s because the reduction gears of the motion works have been entirely relocated in the Tourbillon Chronograph, placing them underneath the chronograph counter at three o’clock. That’s not possible on the Tourbillon Openworked since it lacks a sub-dial to hide the additional gears. 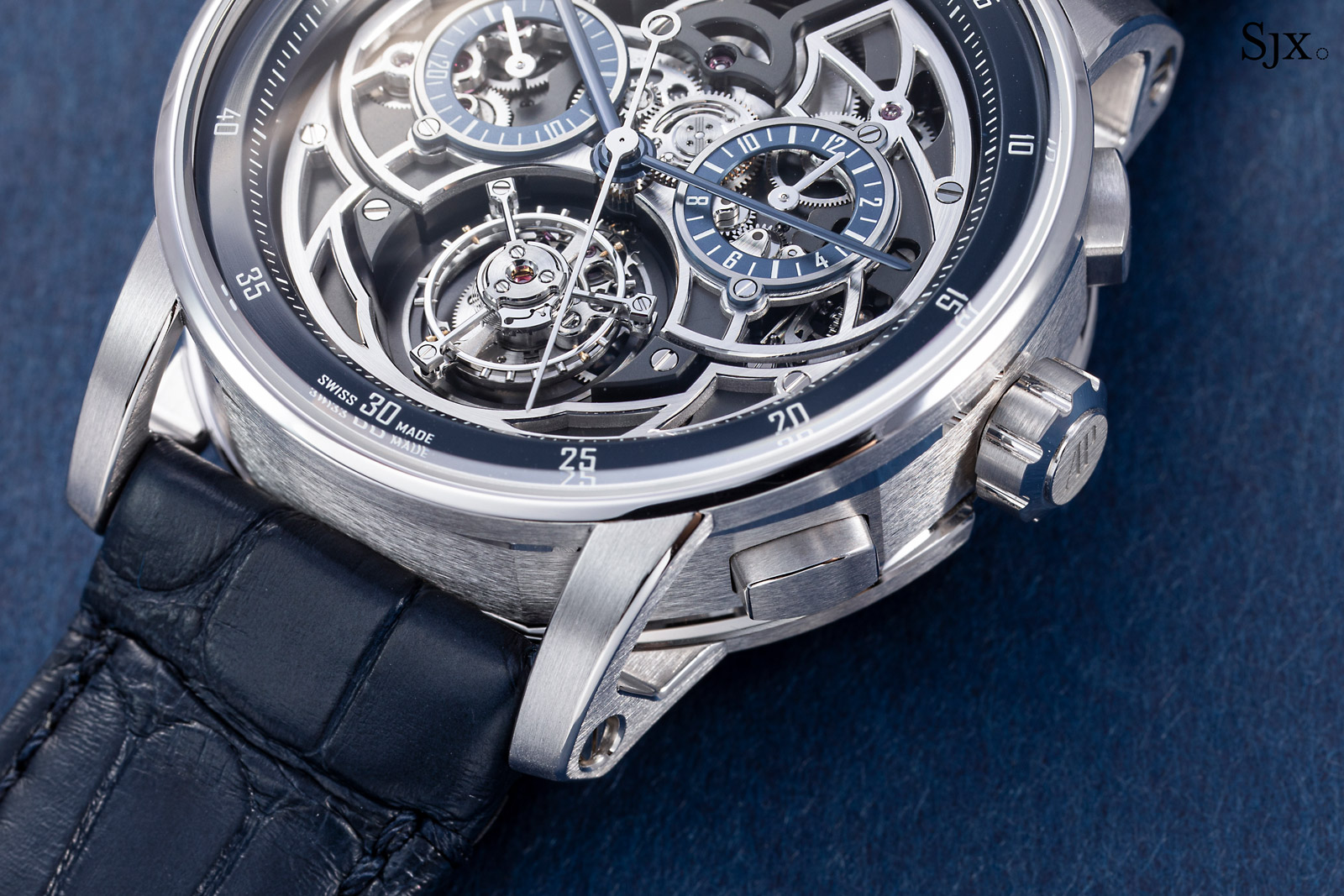 The Code 11.59 Selfwinding Flying Tourbillon Chronograph, with the motion works relocated to avoid obscuring the tourbillon