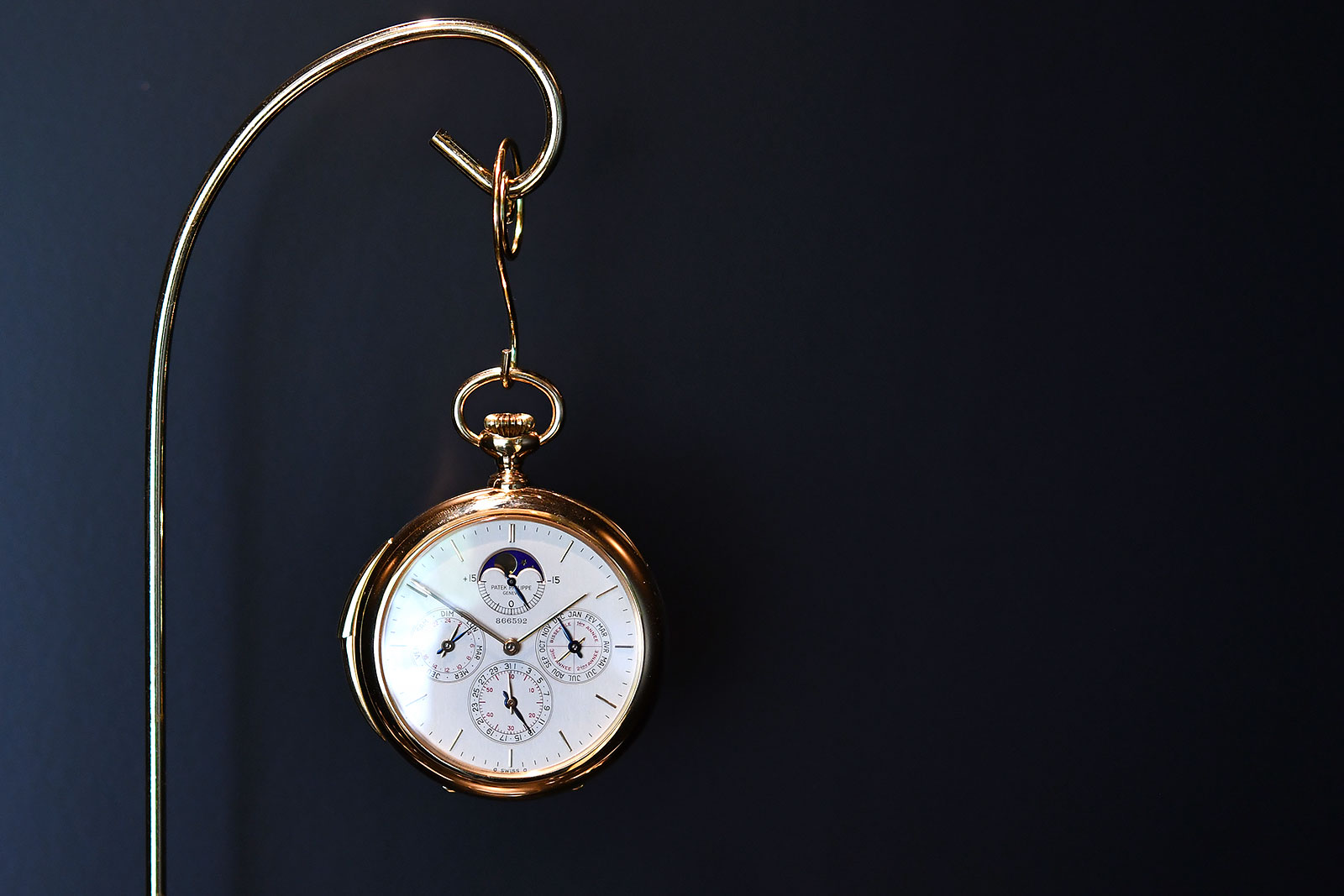 A vintage watch dealer based in Singapore, 2ToneVintage is staging an exhibition that goes down a road less travelled in modern watch collecting – vintage pocket watches instead of the usual fare of wristwatches. The exhibition is open to the public from now till September 30, 2021, but registration is required due to venue capacity limits.

Titled The Beginning, the show is made up of several dozen impressive specimens that represent the diversity of pocket watches, ranging from an Ilbery enamel for the Chinese market to a one-off Audemars Piguet grand complication to a Patek Philippe world time with a cloisonné dial. 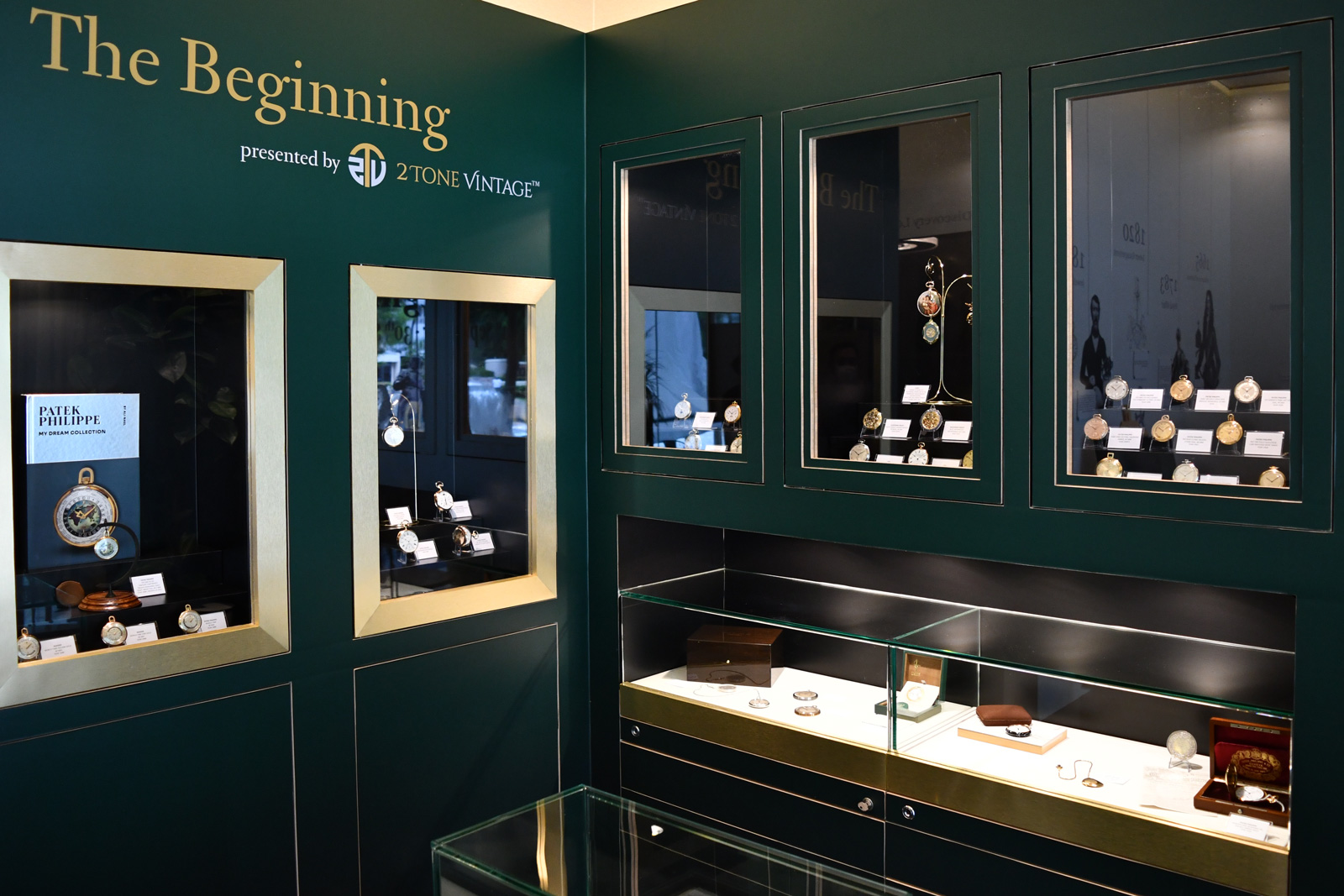 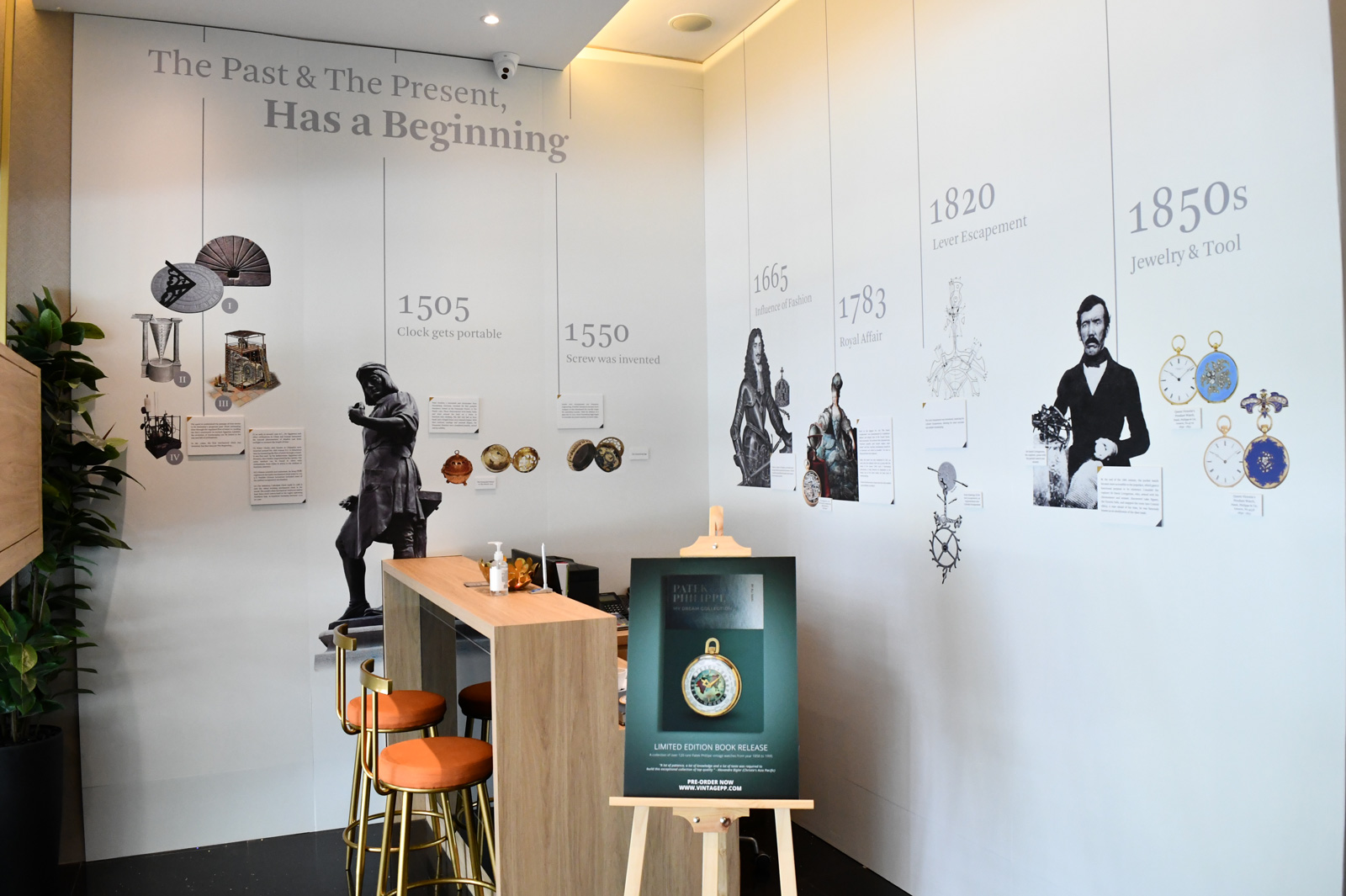 Most of the watches on show belong to Ali Nael, an oil trader who switched careers to found 2ToneVintage. Consequently, a good portion of the exhibition reflects his taste in timepieces – many of the timepieces are mid 20th century watches with elegant two-tone dials in champagne or pink gold.

Examples from the early- to mid-20th century dominate the exhibition, with Patek Philippe being the most numerous. The watches largely fall into two categories: simple, time-only watches with delicate details or enamelling, and the highly complicated.

The time-only examples include the Patek Philippe ref. 650 “Flying Saucer” – named after its wide, flat bezel – from 1937 that has a handsome. two-tone contrasting dial. 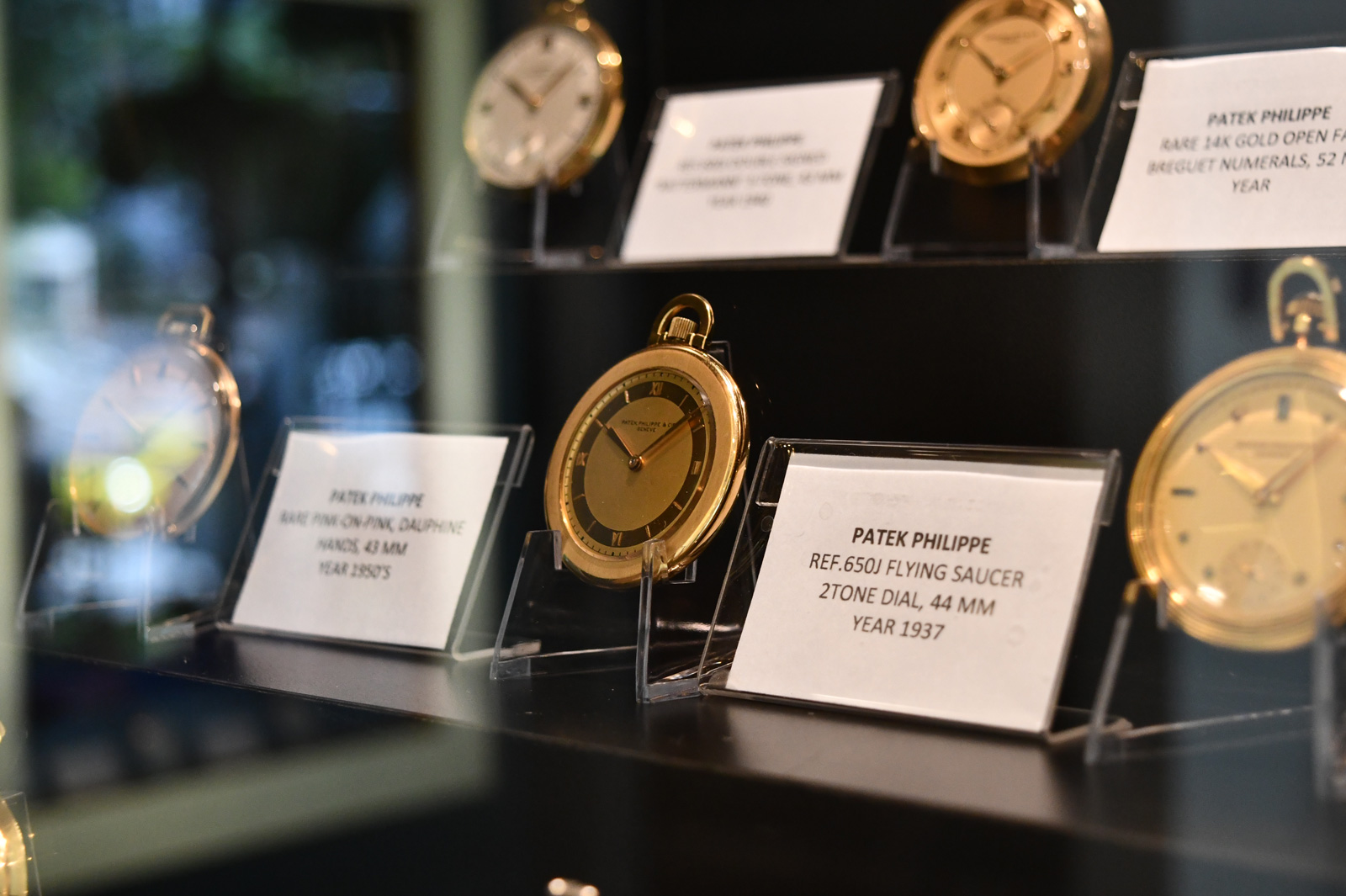 And standing out against the classical style of most of the exhibits is the Patek Philippe “Ricochet” ref. 788/4J. Looking very much like the late 1960s or early 1970s watch that is is, the asymmetrical, pebble-like watch was designed by Gilbert Albert, the Geneva jeweller famed for his distinctive style. 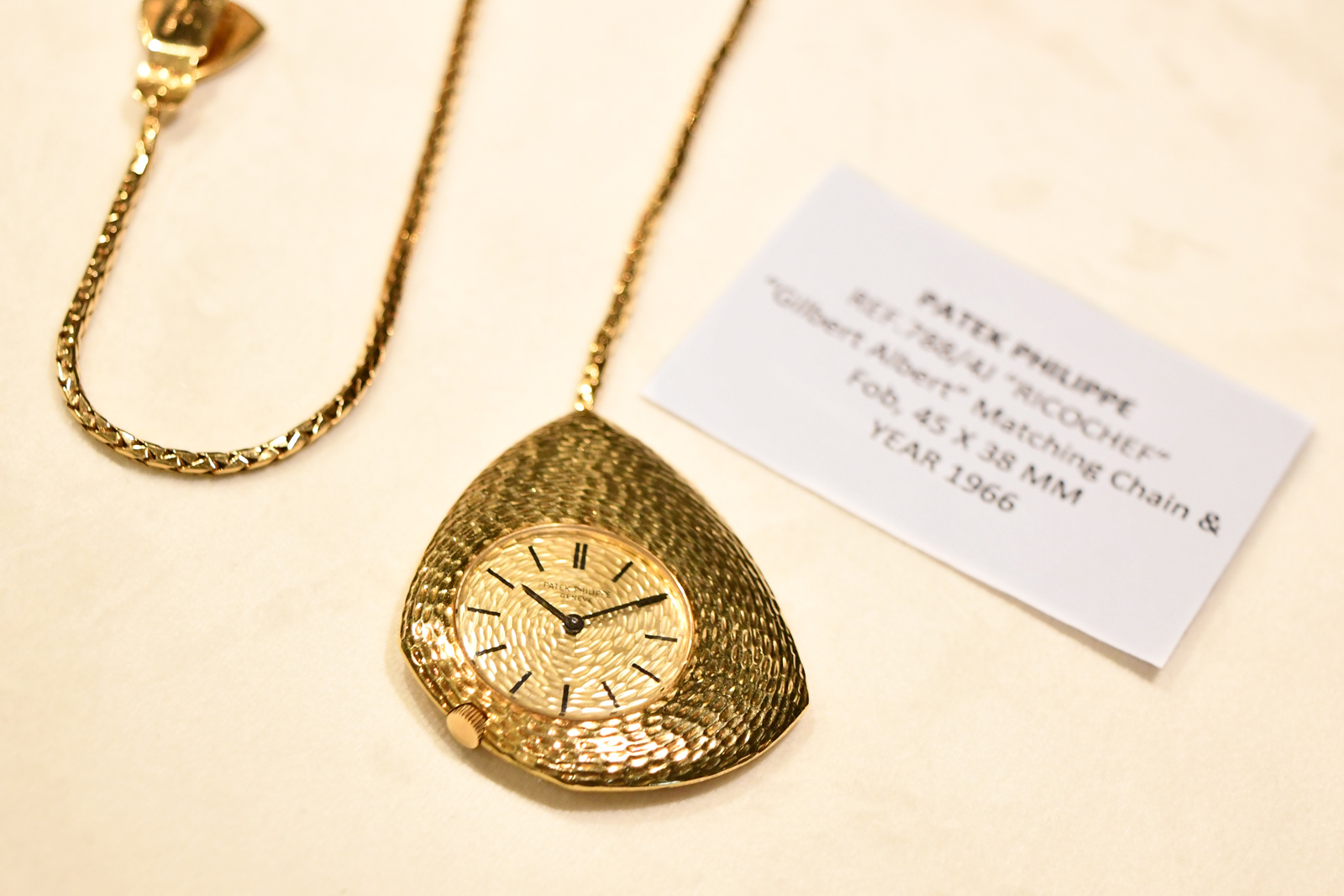 Like many of Albert’s designs, the case and dial of the Ricochet are textured with engraving

A holy grail of Patek Philippe’s offerings from the earlier decades of the 20th century are Louis Cattier-style world time watches with cloisonné enamel dials – both for the wrist and pocket. The example on show is a ref. 605 HU DE in yellow gold, with a dial bearing an enamelled map of Europe, Asia, and Africa. 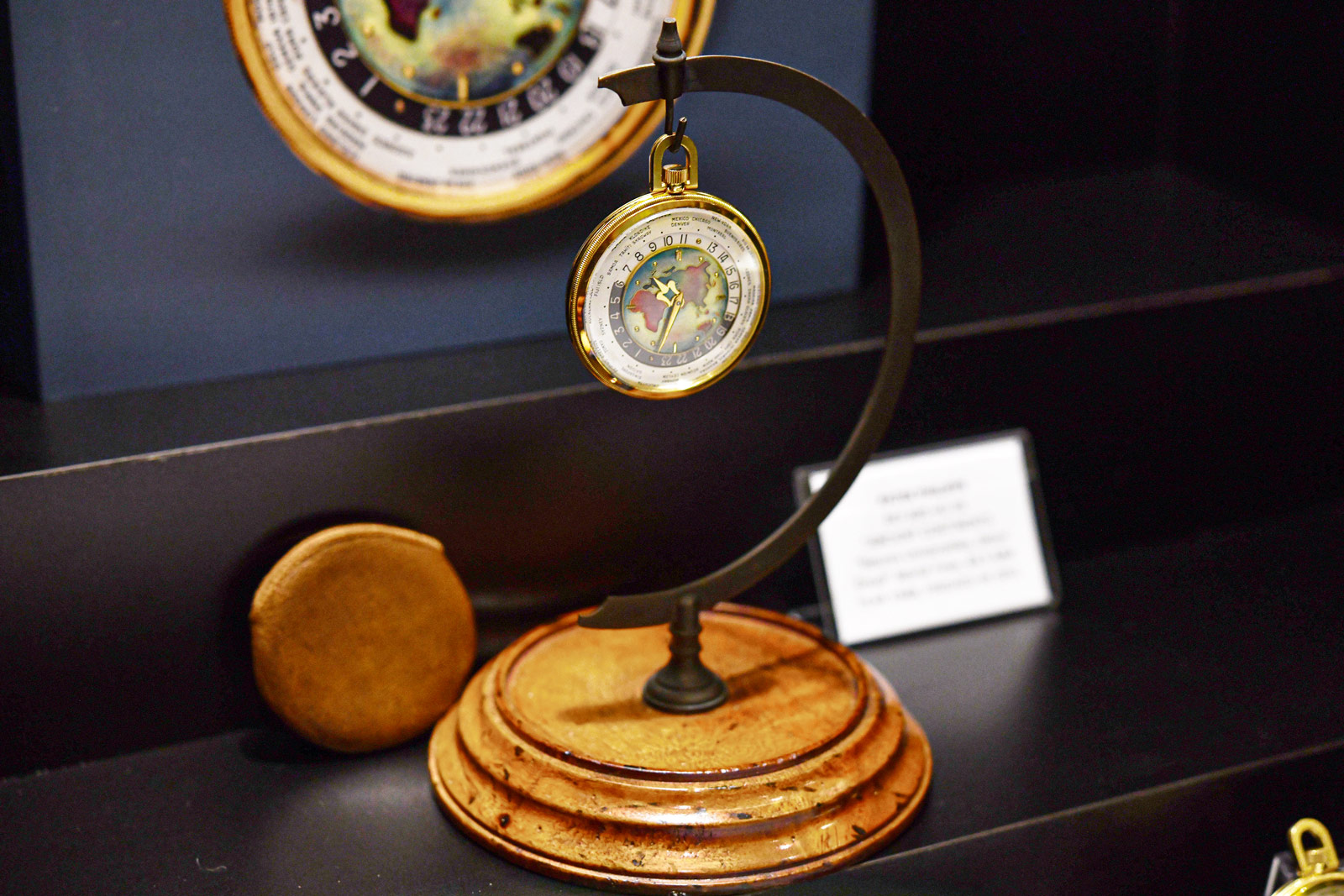 Another complicated Patek Philippe highlight is the mono-pusher chronograph ref. 19-211 with a multi-scale dial featuring both a tachymeter and pulsometer in the ever-popular “sector” style. 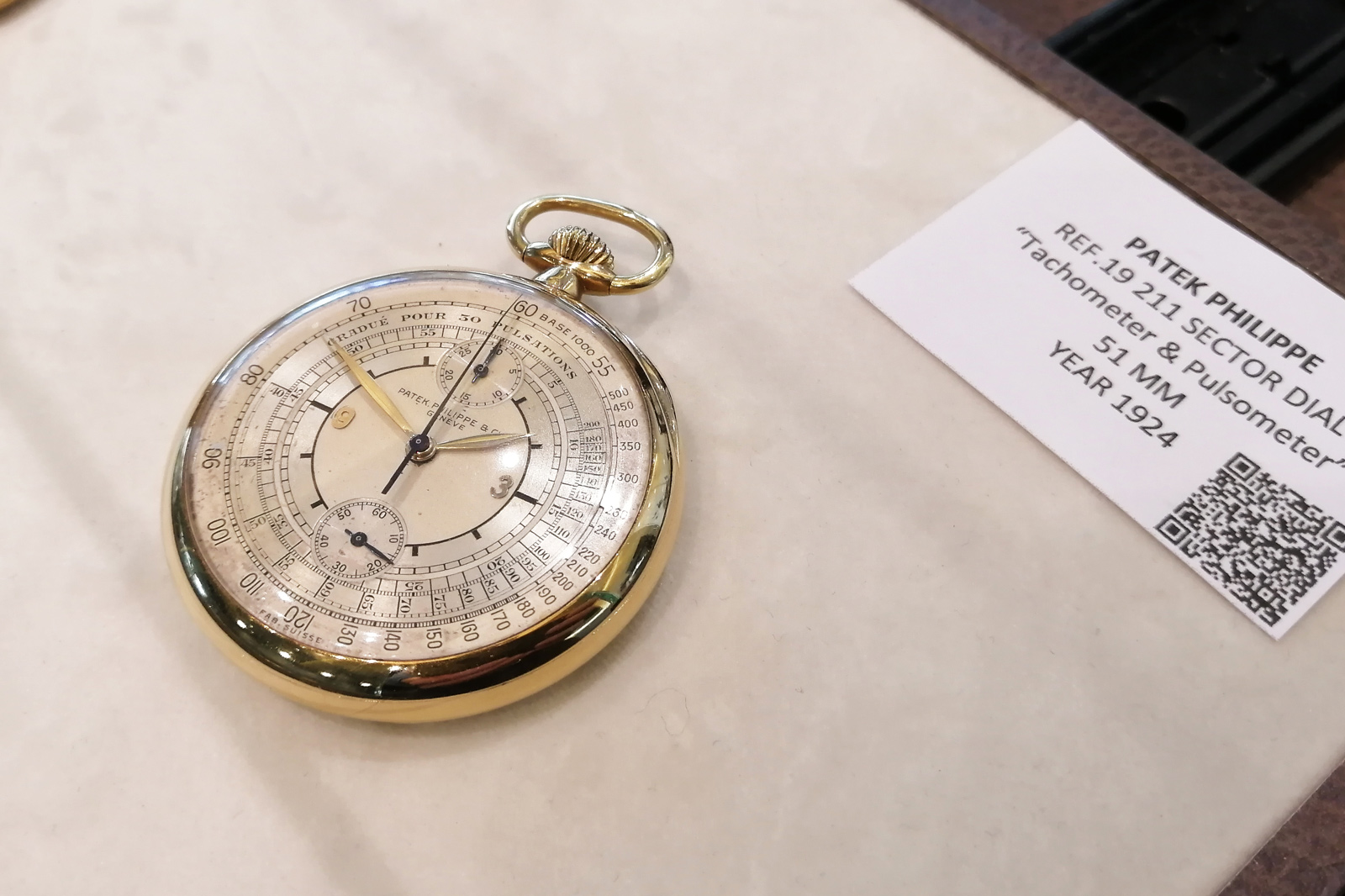 Last but not least is a grand complication pocket watch from Audemars Piguet, no. 12’858. Combining a chronograph, perpetual calendar, and minute repeater, this was a one-off that bears the original owner’s monogram on its reverse. 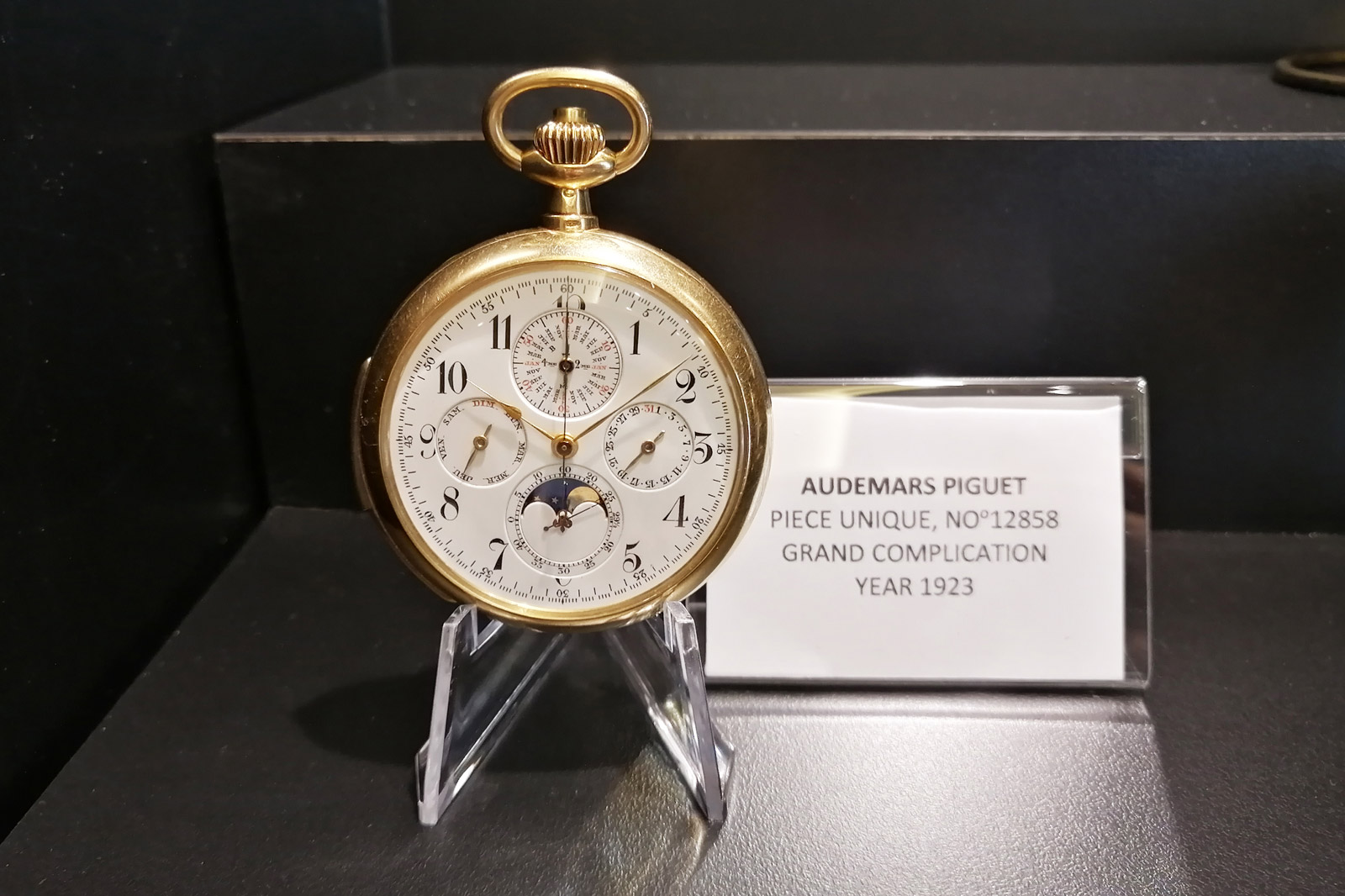 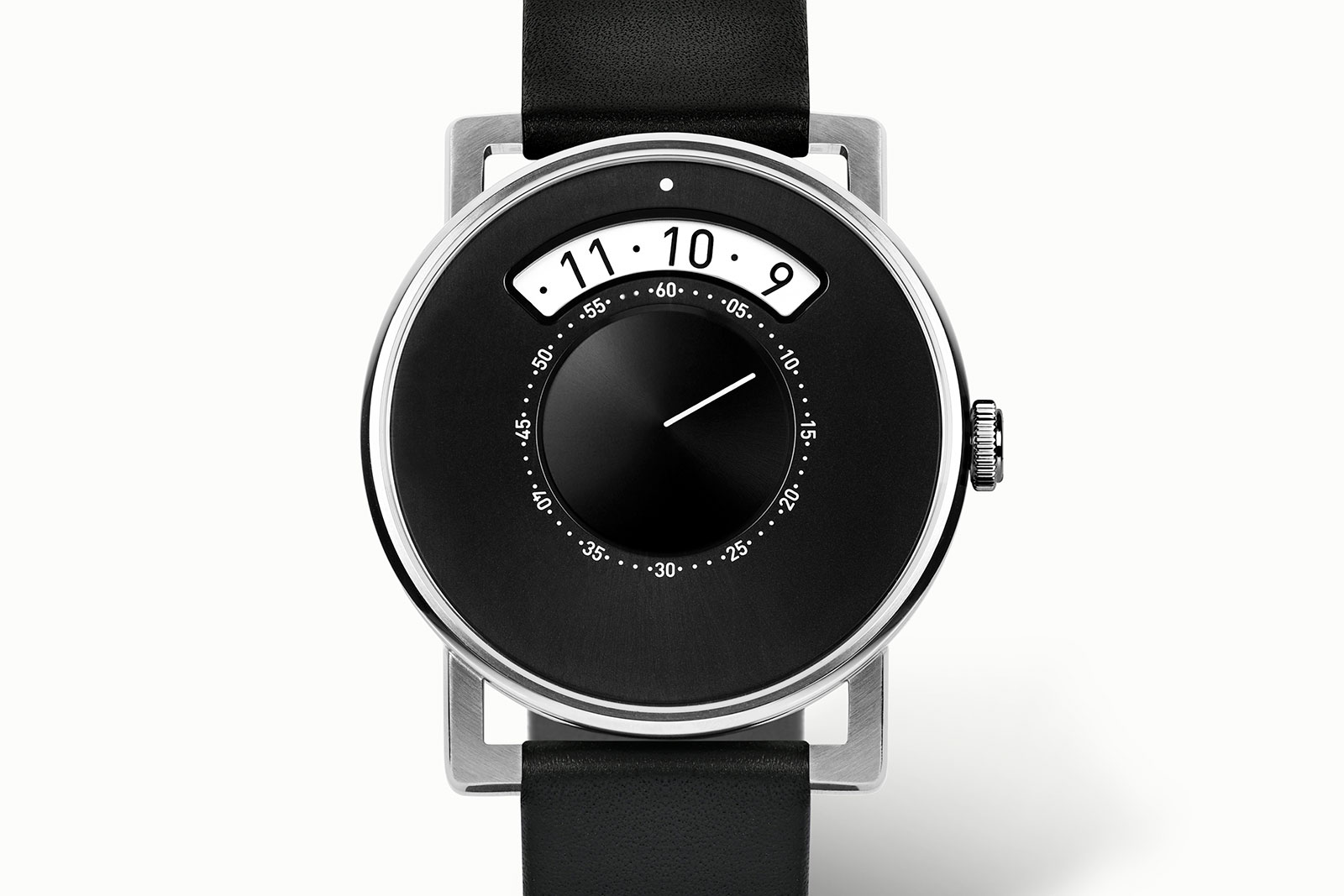 The largest time-measurement museum in the world, the Musée International d’Horlogerie (MIH) is located in the heart of Switzerland’s watchmaking region, so its fundraising project announced two years ago took an unsurprising form – a limited-edition watch.

Inspired by the brutalist museum building and produced entirely by local suppliers, the watch sold out quickly. Now the museum has announced the MIH Gaïa Series II, which will once again go towards funding the restoration of one of its prized exhibits. 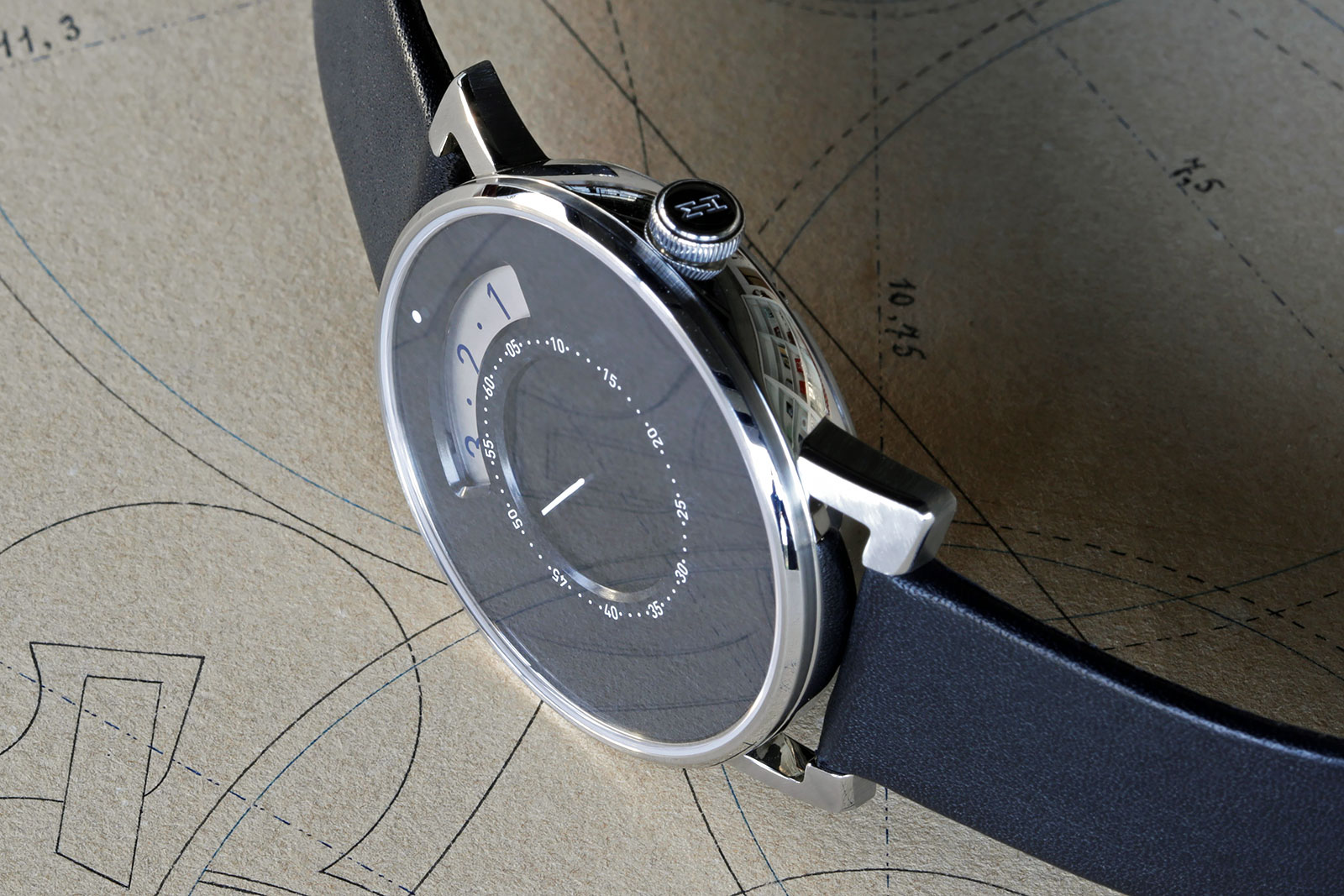 I liked the original MIH Gaïa watch (enough to buy the very first one). The new edition has all of the features of the first – they are essentially the same, so it will have the same appeal.

Even after more than a year, the watch still feels novel on the wrist. I’m pleased with mine in blue, but I do like the black dial, especially in how it matches the case.

Given the quality-price ratio and the fact that proceeds go towards an important watch museum, this is a compelling, worthwhile buy. 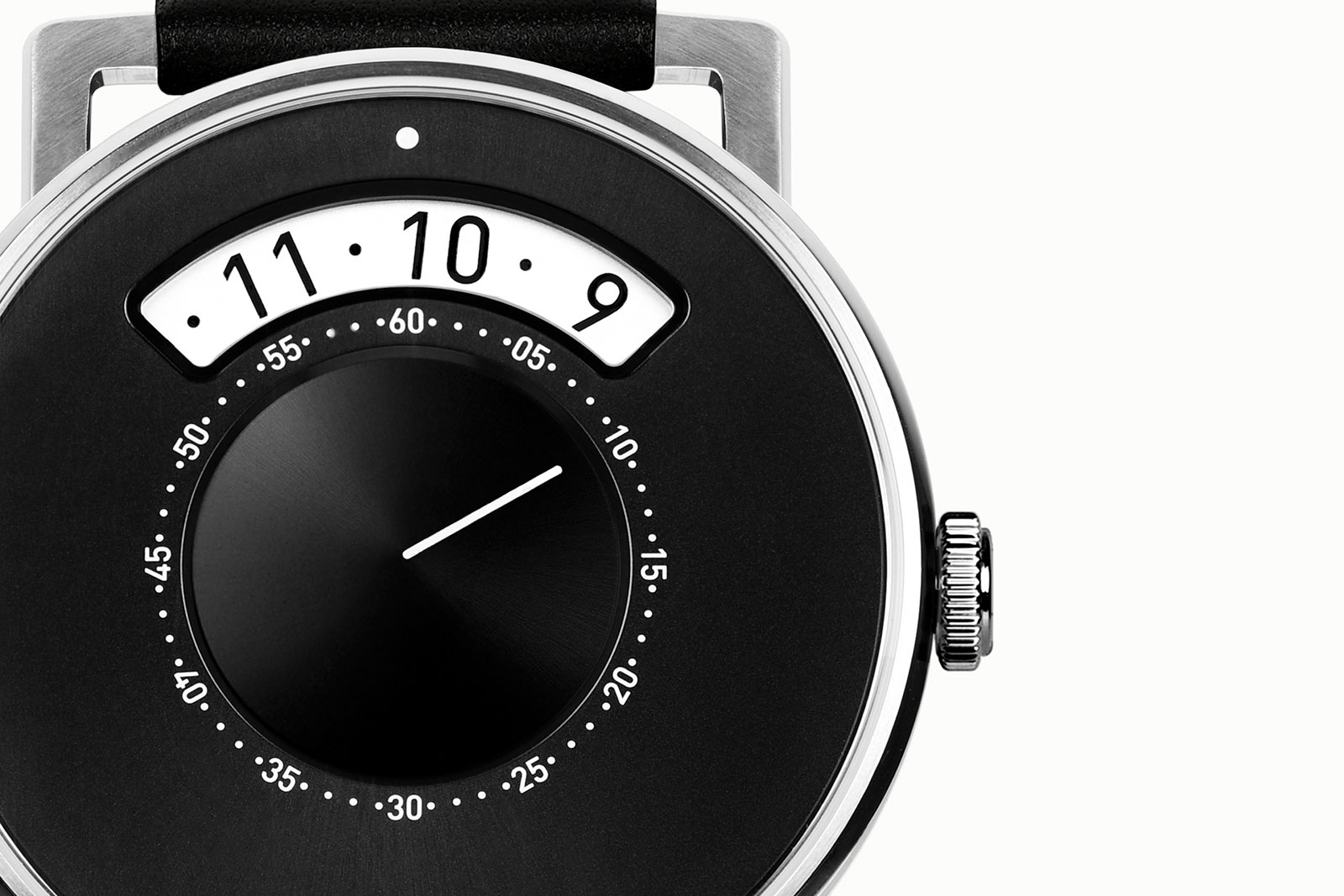 The Series II is identical to the original run, save for the dial colour. While the first edition was dark blue, this has a black dial with a subtle radial brushing.

Produced by the same suppliers responsible for the first edition – nearly all of them in the museum’s hometown – the watch has a 39 mm steel case with angular lugs and a simple but unusual display where both the hours and minutes and indicated by rotating discs. 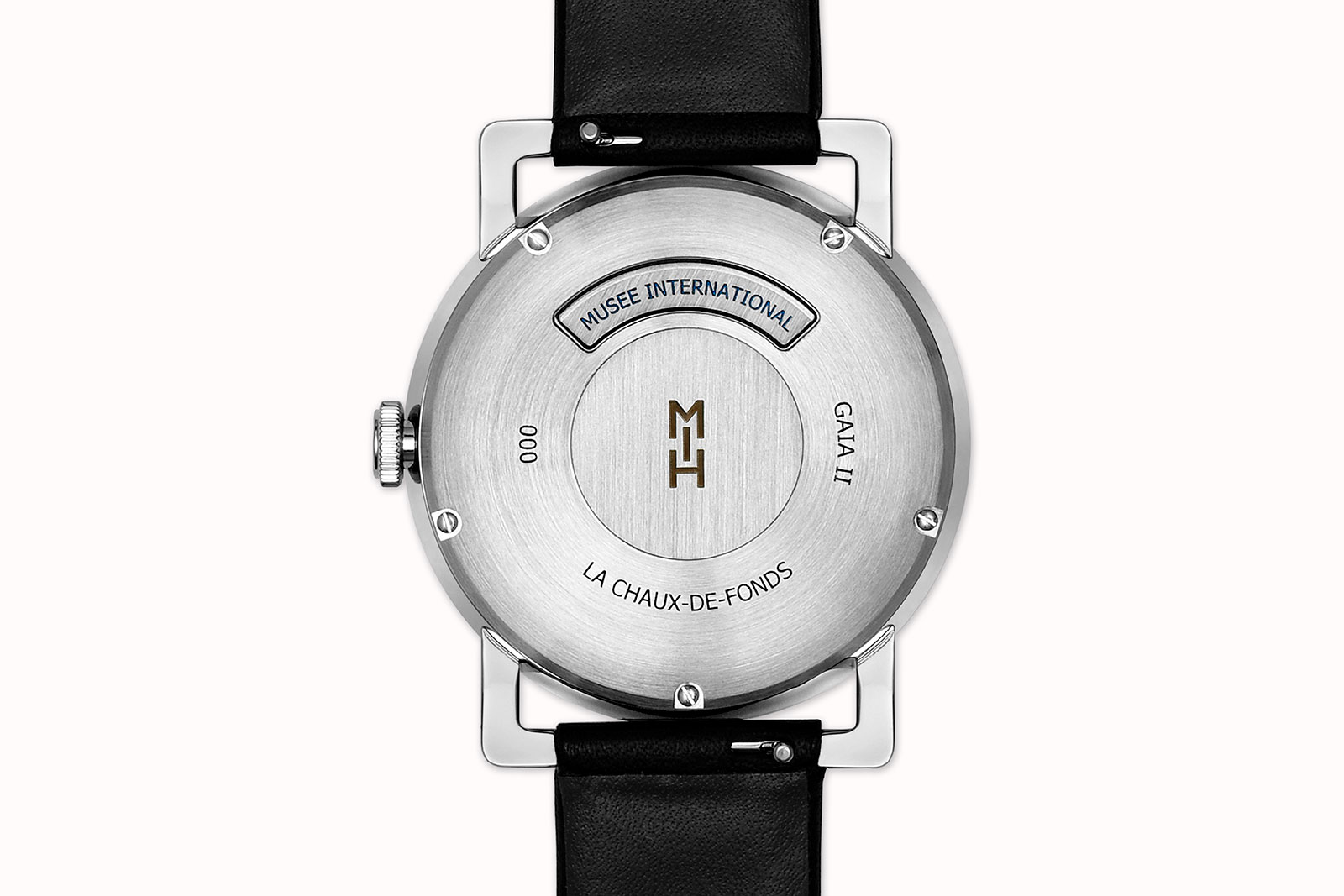 The Series II is not a limited edition, but the watches will be sequentially numbered, with an initial run of only 75 examples.

Proceeds from the sale of the 75 watches will fund the restoration of the Tellurium built by François Ducommun. It’s an astronomical clock built in the early 19th century, showing the orbits of Earth, Moon, and Sun in real time. 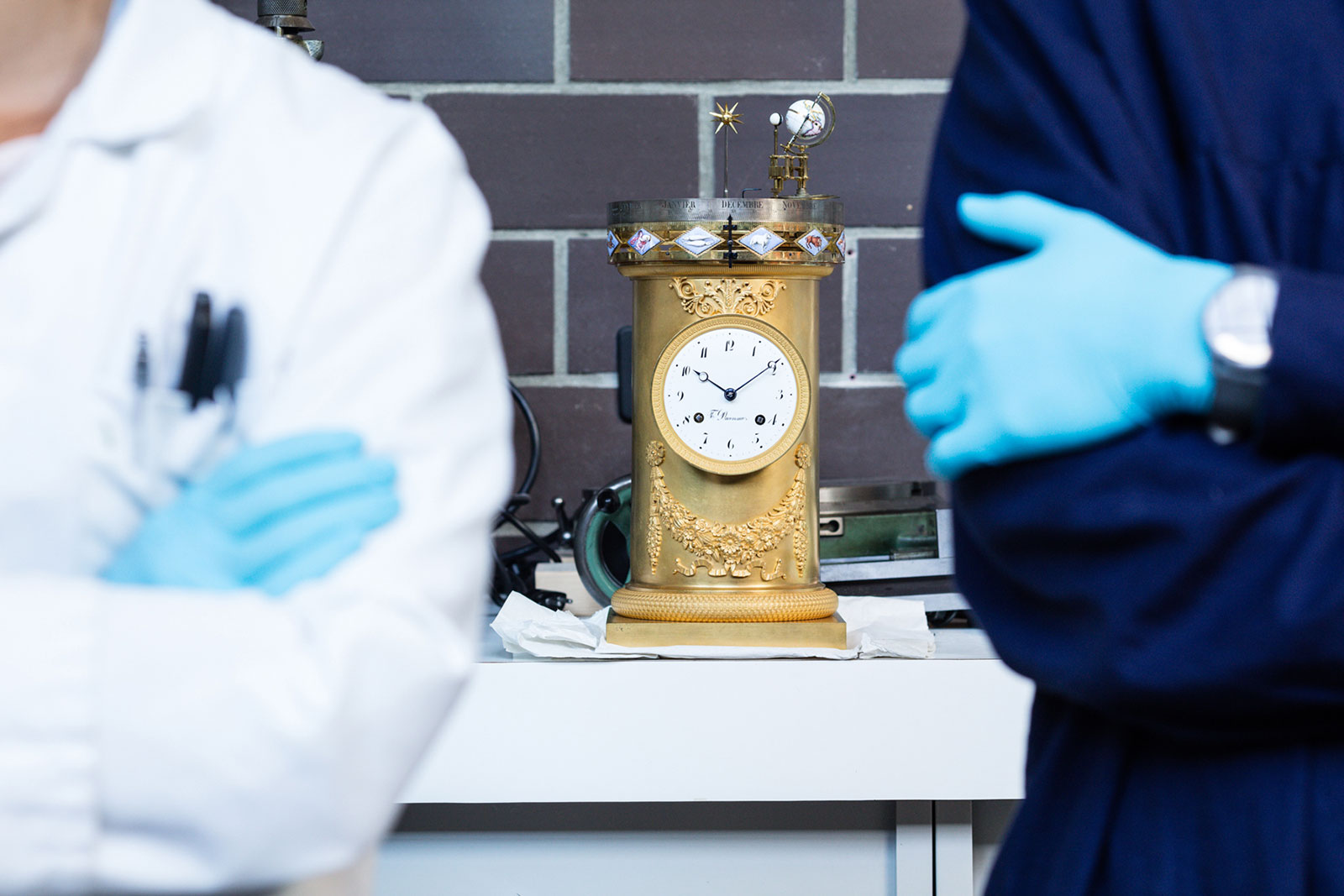 The Tellurium by Ducommun

Limited edition: No, but initial run will be 75 pieces
Availability: Direct from MIH, with delivery from November 2021
Price: 2,900 Swiss francs before taxes