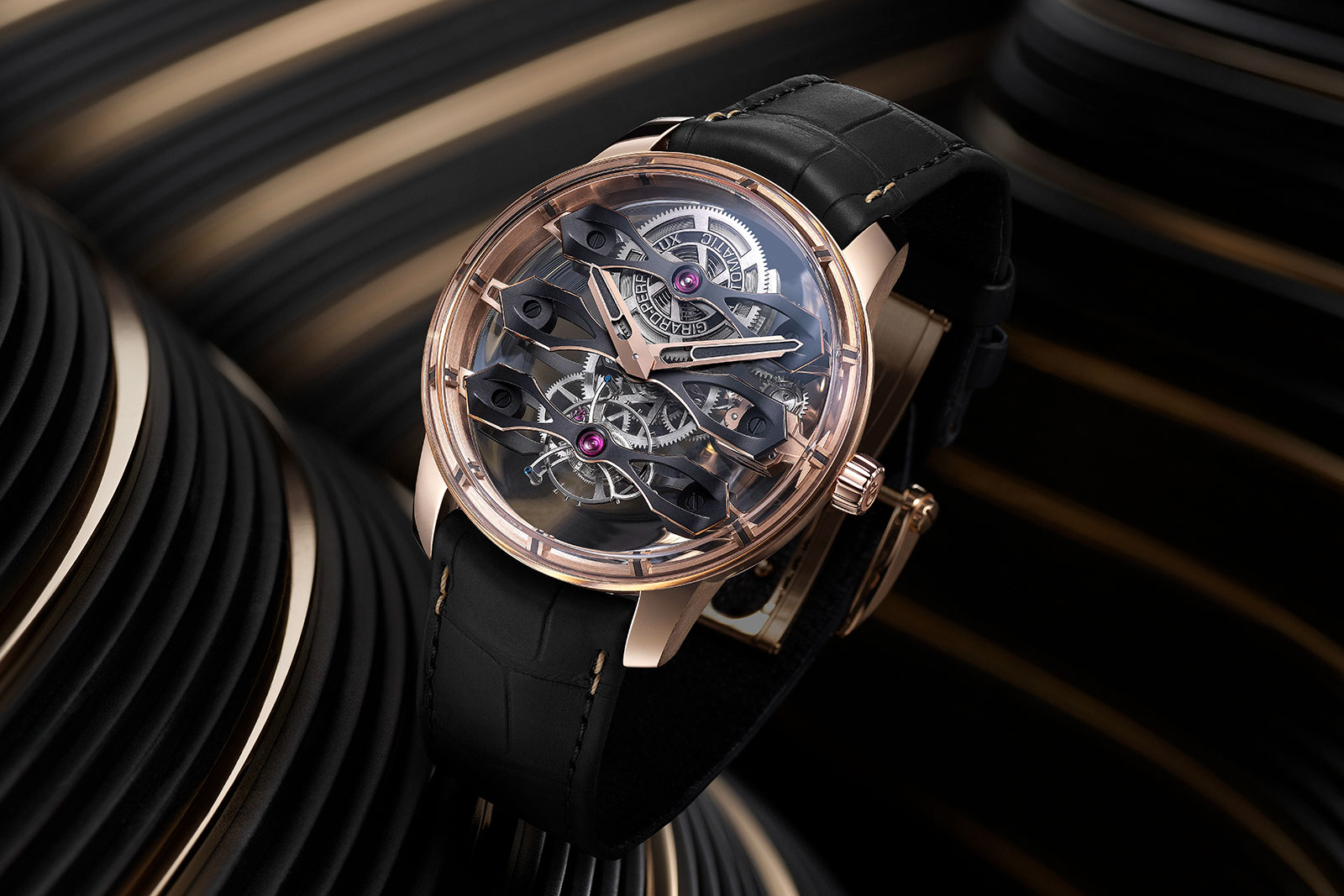 Invented in 1860, the Tourbillon with Three Gold Bridges is synonymous with Girard-Perregaux, a design unique and impressive enough it remains the watchmaker’s flagship movement after some one and a half centuries. Since its modern-day revival in 1981, the triple-bridge tourbillon has evolved to keep up with contemporary tastes, leading to variants like the Neo Bridges, which has sleek, arched bridges.

Earlier this year, Girard-Perregaux unveiled the latest form of the Three Bridges, which does away with the base plate altogether, resulting in a floating, see-through movement. Now the brand has finally unveiled the luxe version of the watch, made even more striking in pink gold and black –  the Tourbillon with Three Flying Bridges. 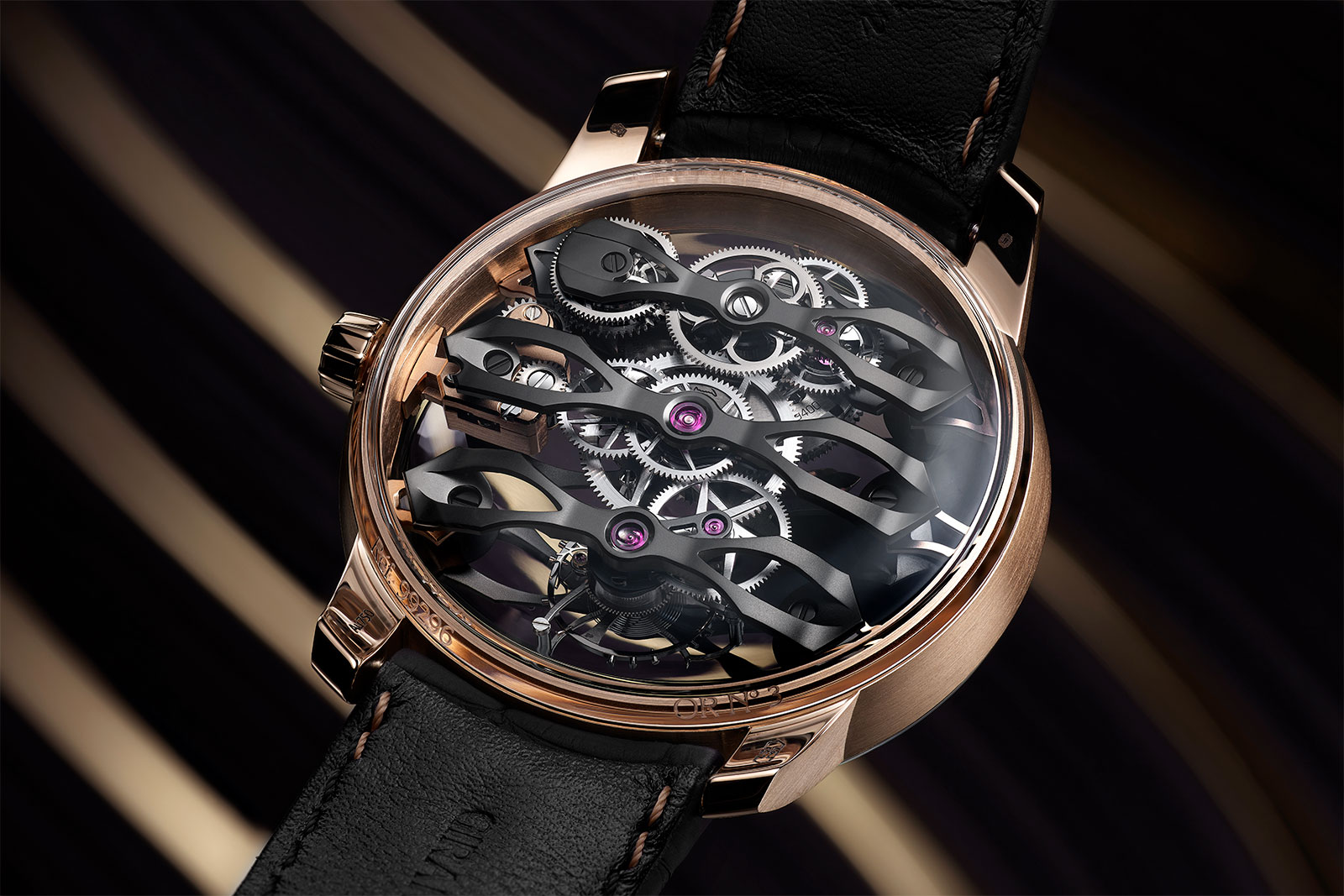 My opinion of the most recent iterations of the Three Bridges have been lukewarm, as I find the reworked designs tend to blur the original identity of the movement – the designs attempt modernity but don’t quite make it – but latest version changed my mind. The Flying Bridges is clean and streamlined, creating in a magnificent, unobscured view of its mechanics, one that’s enhanced with the right choice of colour and architecture.

And the Flying Bridges is an interesting watch from a technical standpoint. The parts that make up the timekeeping train – barrel, gear train, and tourbillon-regulator – are arranged linearly and vertically, as the historical Three Bridges was. But now they supported by three horizontal bridges on both sides of the movement, with the bridges anchored to the case, instead of the base plate as is convention, leaving the movement airy and transparent.

The only shortcoming of the watch isn’t intrinsic – the Flying Bridges design has been iterated often, resulting in myriad versions that diminish the prominence and appeal of the complication. That makes it difficult to keep track of which model is the quintessential version, which is a problem, since most collectors would want only one Three Bridges in the collection. 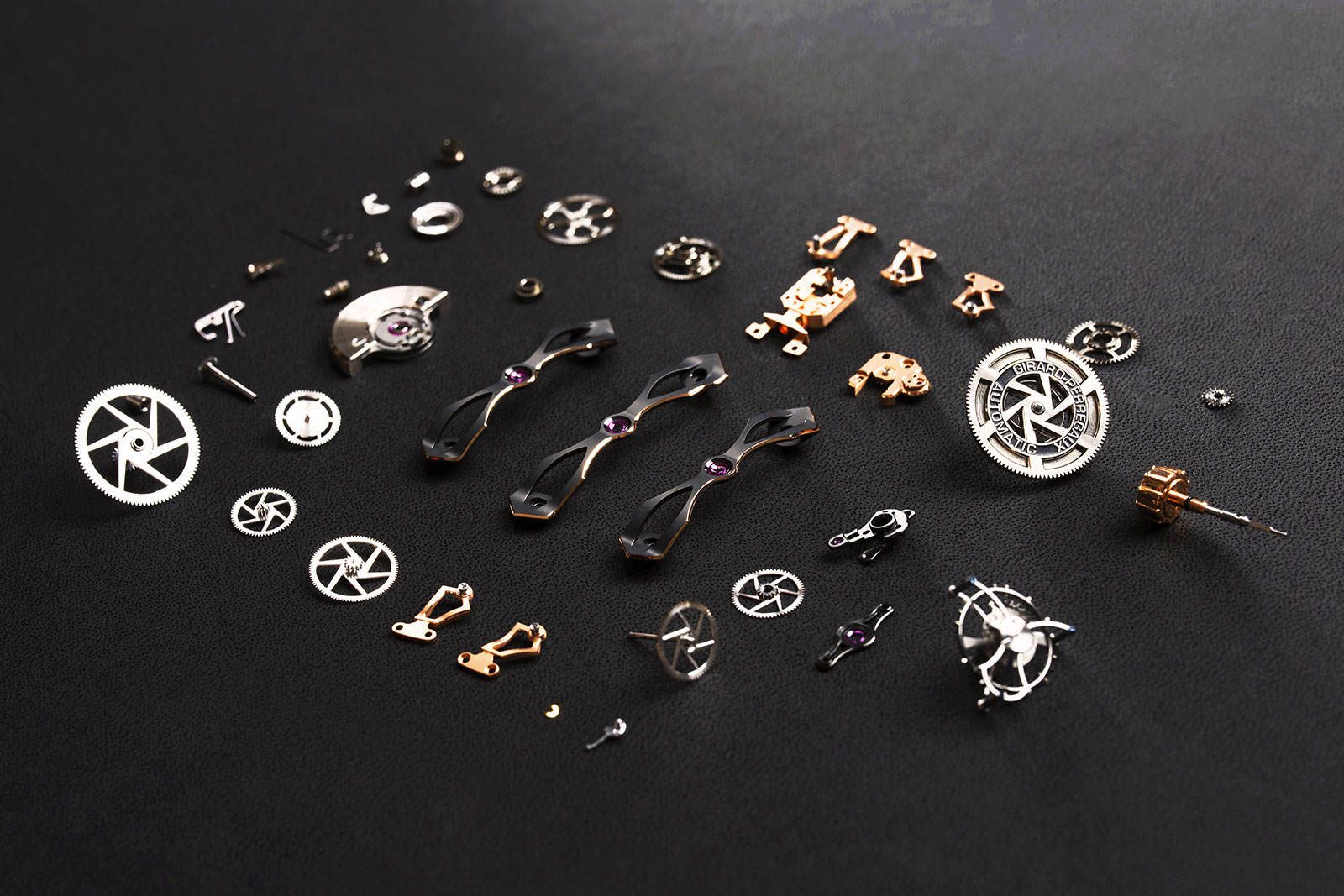 The moving parts – including a micro-rotor – and the three bridges

The architecture of the movement is self-explanatory thanks to the skeletonised movement. Wound by a micro-rotor hidden underneath the uppermost bridge that is positioned co-axial with the barrel, the movement has its gear train in a vertical line from the barrel to six o’clock, where the tourbillon is.

The hour and minute hands, as well as the centre wheel underneath, are held by the second bridge, while the tourbillon is supported by the third bridge. 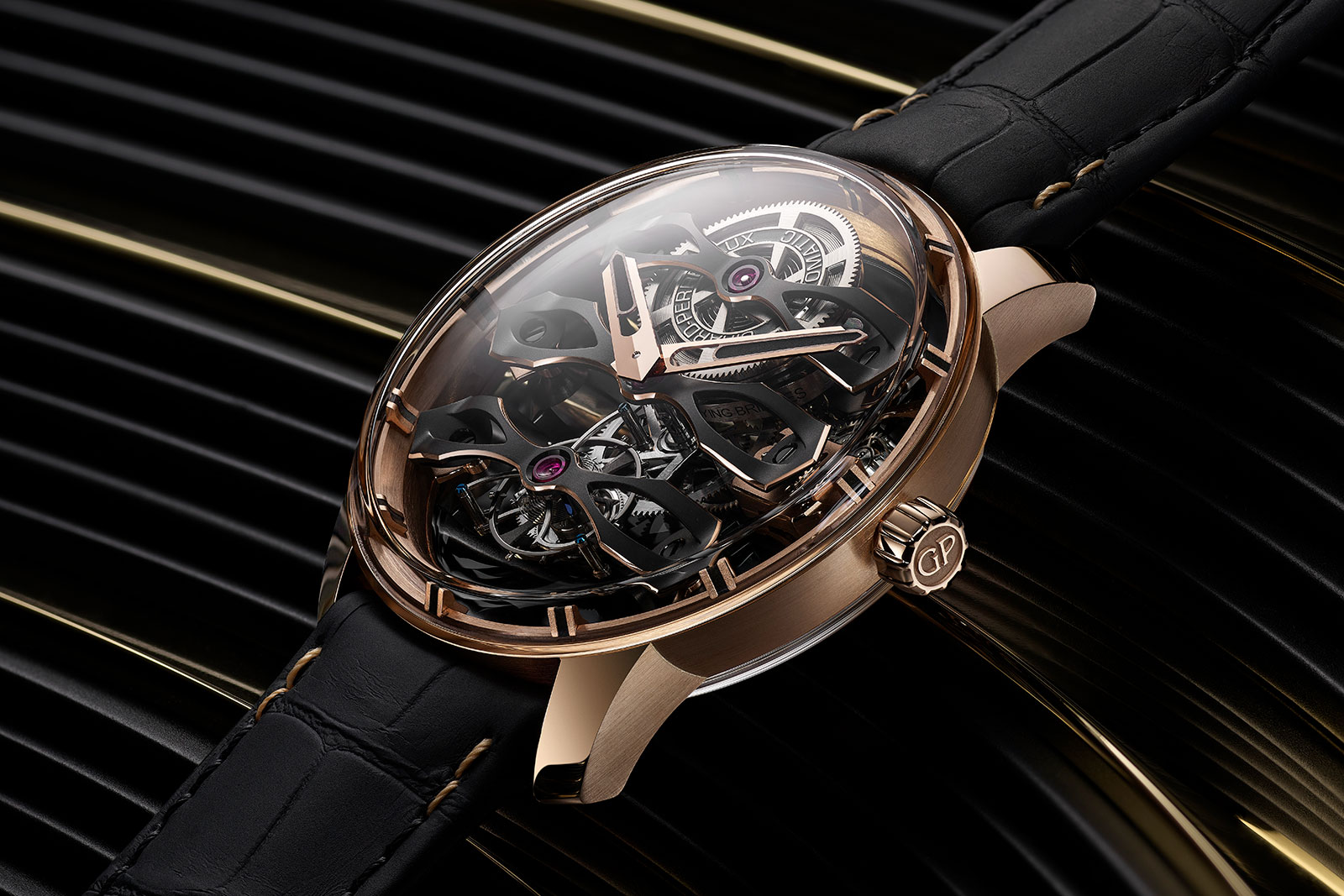 The execution of the bridges is what sets this movement apart. Unlike the earlier version of the Three Bridges that used large, arrow-shaped bridges modelled on 19th century pocket watches, the new bridges are sleek and aerodynamic.

Notably, the curvature and elevation of the bridges are made obvious with a two-tone finish: the bridges on the front are made of solid gold but coated in matte black, before the edges are bevelled by hand with a stick of Gentian wood stick to reveal the gold underneath. This gives the bridges a golden outline, with the mirror finished anglage bringing out the elegance and quality of the movement. 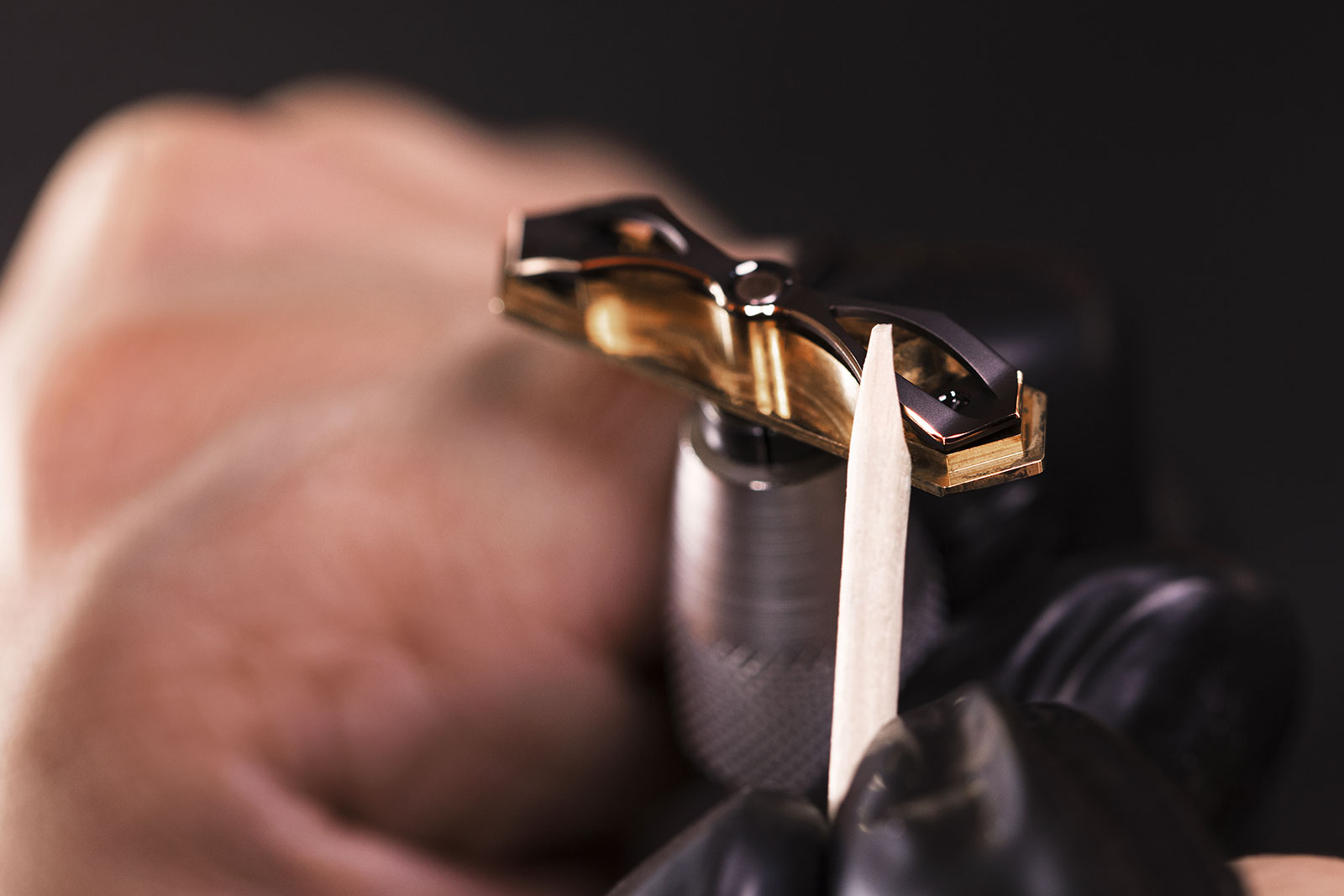 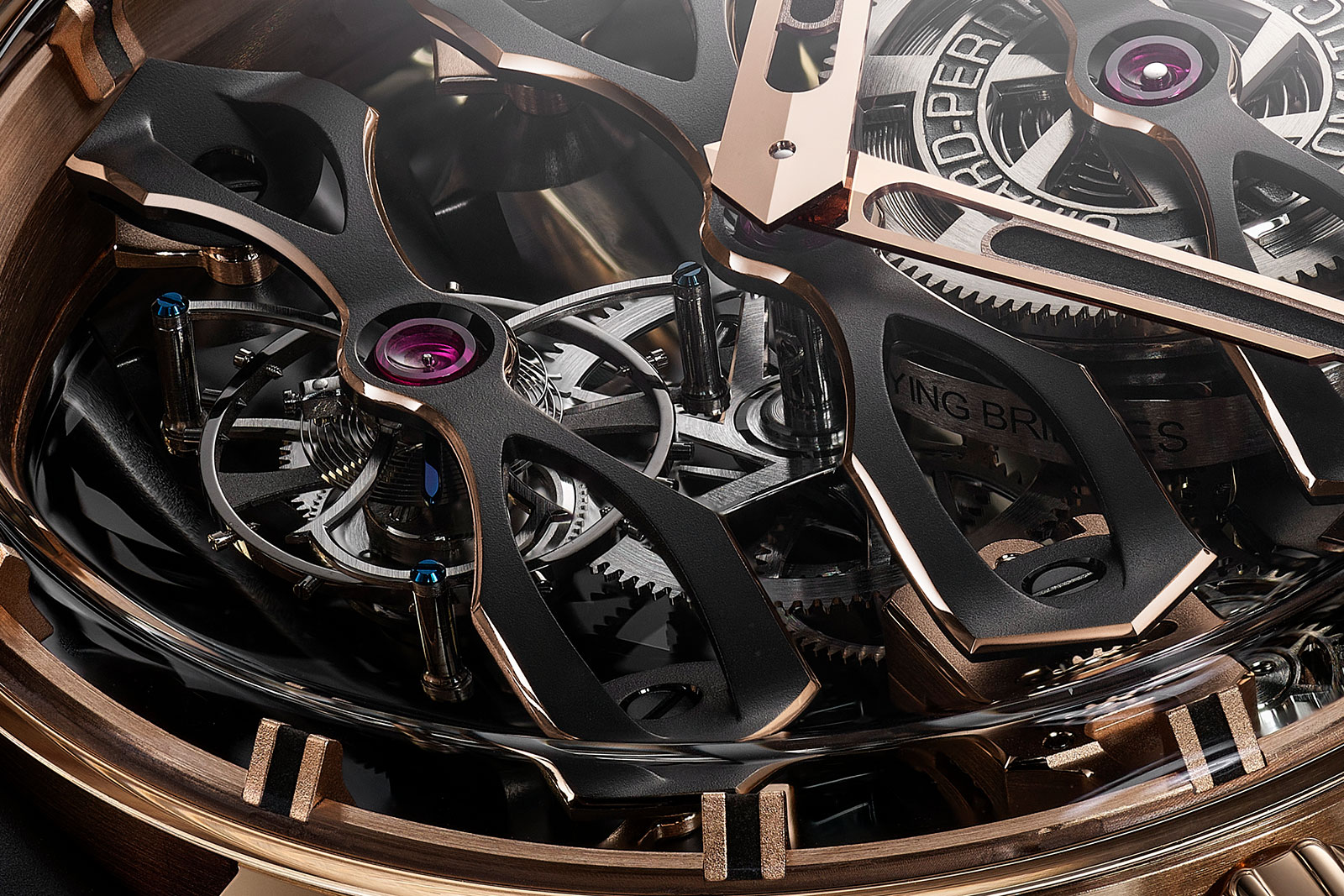 Despite the modern aesthetics, the balance assembly is a traditional affair – it’s free-sprung with masses and poising screws, attached to an overcoil hairspring

The bridges on the back, however, take a simpler form – they are similarly coated black but are made of titanium instead of gold, and lack hand-applied anglage. That said, the overall finishing of the movement is well done, as demonstrated by the bevelling on the spokes of the wheels that include a few inward and outward angles. 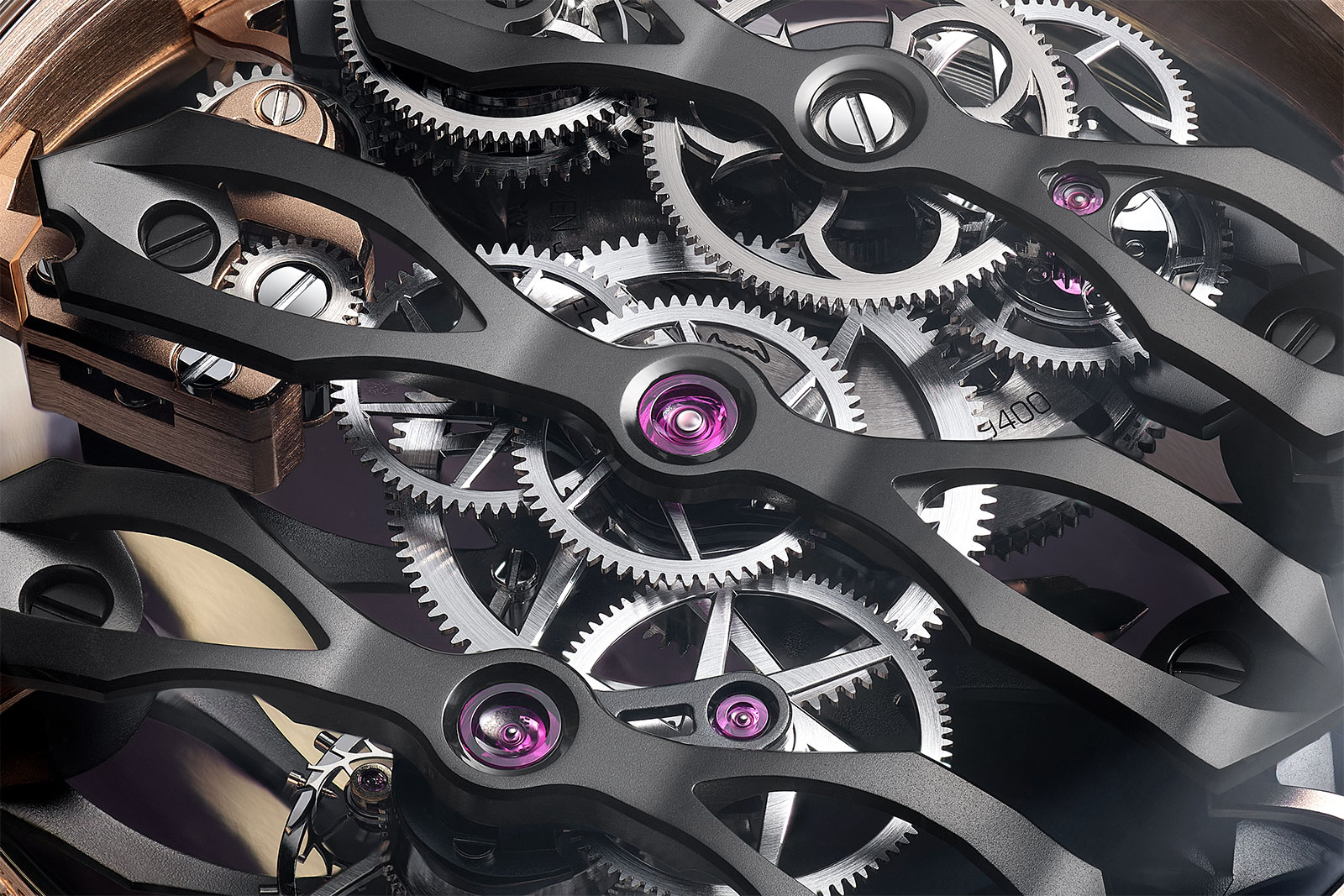 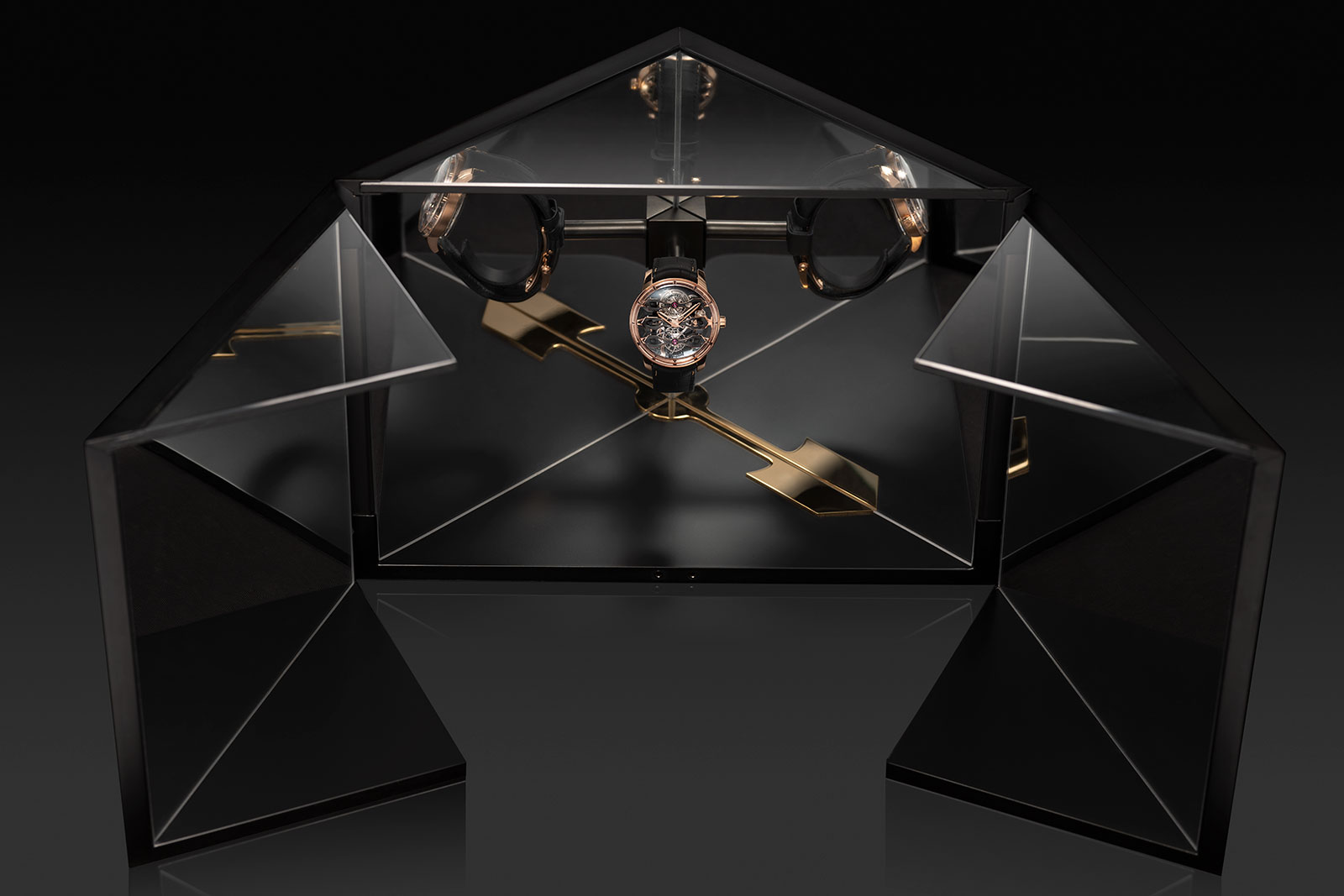 The massive presentation box of the Flying Bridges