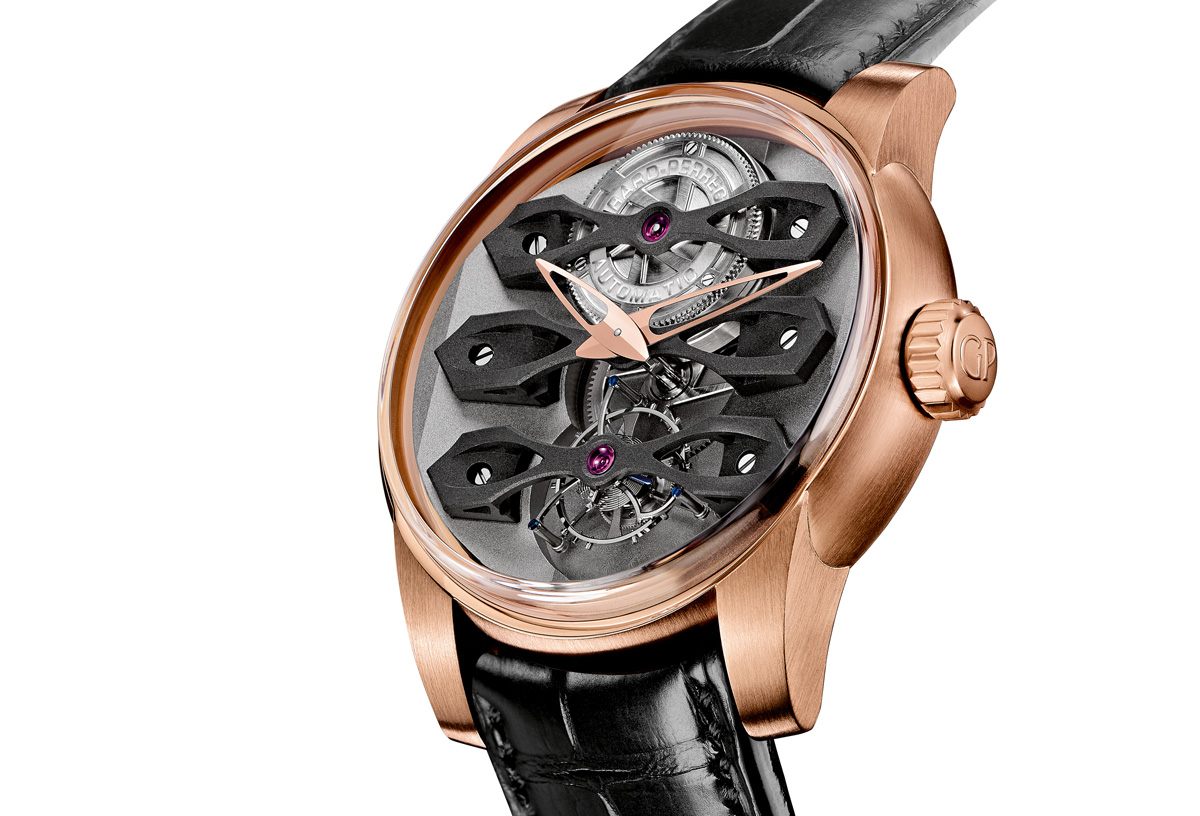 The most obvious evolution is the form and material of the signature triple bridges. Machined from titanium and then skeletonised, the bridges are curved, sleeking arching over the movement. Each bridge is sandblasted and then PVD treated with a black coating. They are open-worked to give each bridge an oval aperture on each side, a form that is echoed in the skeleton hands. Symmetrical in its layout, the movement has the barrel at the top, the gear train in the centre, followed by the tourbillon at six o’clock.

Shaped like a lyre – the trademark form of Girard-Perregaux tourbillons – the tourbillon cage is a large 14.44 mm wide. It is made of titanium, giving the entire tourbillon a weight of just 0.25 g. Running at 3 Hz or 21,600 bph, the GP09400 movement is self-winding. Unlike earlier automatic versions of the tourbillon, the Neo Tourbillon has the micro-rotor under the barrel at 12 o’clock, instead of around it. A larger barrel and longer mainspring gives this a 72 hour power reserve. These sit under the domed, box-shaped that extends all the way to the edge of the case, which has no bezel. This reveals the movement in all its glory, making it visible from the top as well as the side. 45 mm in diameter, the case is in pink gold with a brushed finish. The case back is sapphire, an uncommon feature amongst Girard-Perregaux’s tourbillons, which mostly have solid backs. A large, arrow-shaped bridge, inspired by the bridges in the brand’s early pocket watch tourbillons, sits across the movement. The ratchet wheel at 12 o’clock has lyre-shaped spokes, and to its side sits a grand sonnerie style winding click. The Neo Tourbillon will retail for 145,000 Swiss francs before taxes, equivalent to about US$163,800.