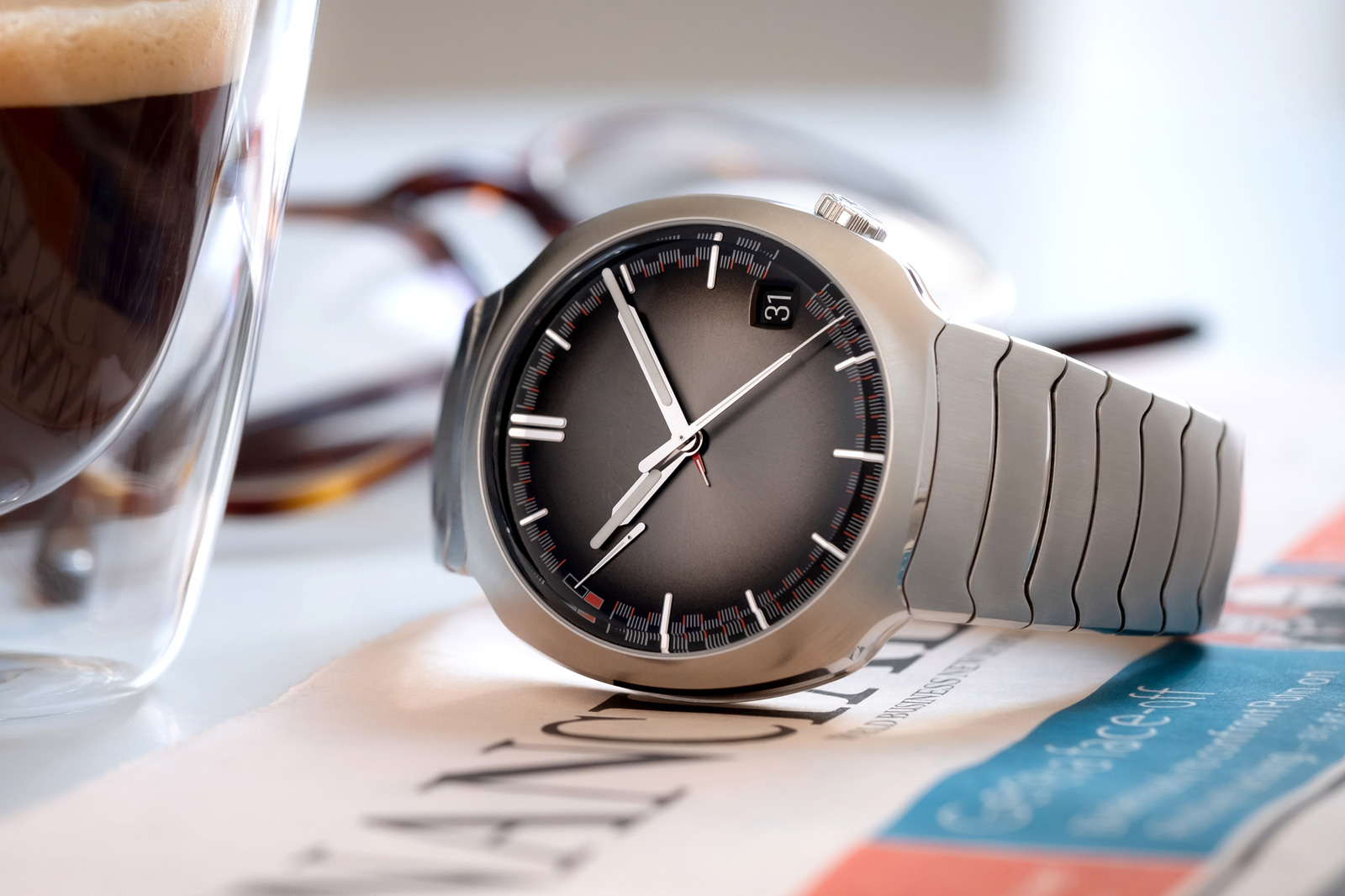 After the Streamliner made its debut in chronograph form last year, H. Moser & Cie. has just grown the line of luxury-sports watches to include the Streamliner Perpetual Calendar.

As is typical of Moser’s house style, the new perpetual calendar is streamlined in design and presentation, with the dial indicating the date and month while remaining minimalist, avoiding sub-dials entirely.

The inaugural version of the Streamliner Perpetual Calendar gets a black fumè dial, giving the watch a subtle palette that’s fitting for its minimalist aesthetic. Notably, the monochromatic, shades-of-grey livery also harks back to the limited edition chronograph that was the opening model of the collection. 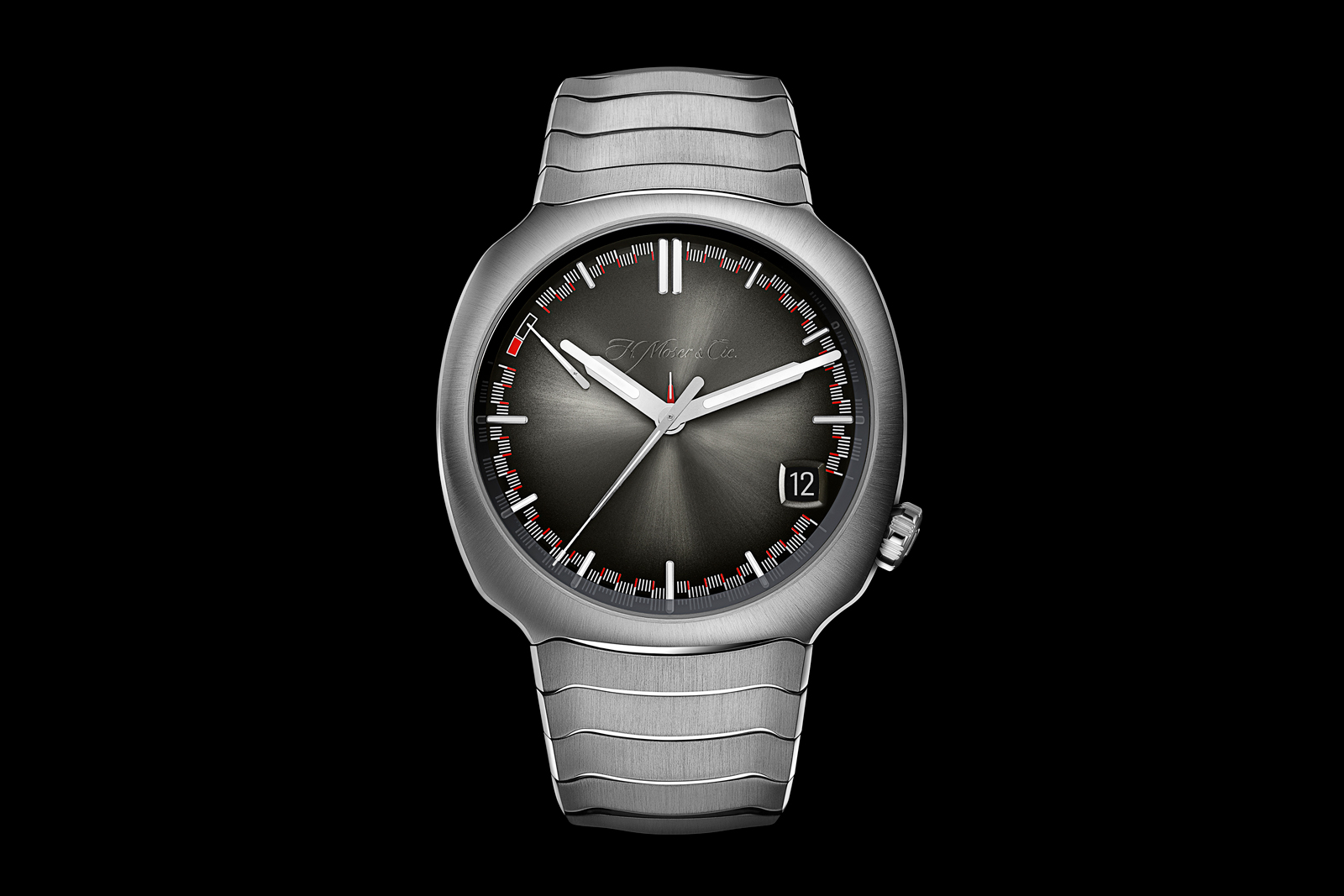 Compared to the two earlier Streamliner models – chronograph and time-only respectively – the latest is the most representative of Moser because of the ingenious movement within. A movement that made Moser’s reputation when it was resurrected in 2005, the calibre is one of the few that truly reimagines the perpetual calendar. While the Streamliner chronograph has an equally ingenious movement, the perpetual calendar movement is Moser’s own, which makes it that much more special. 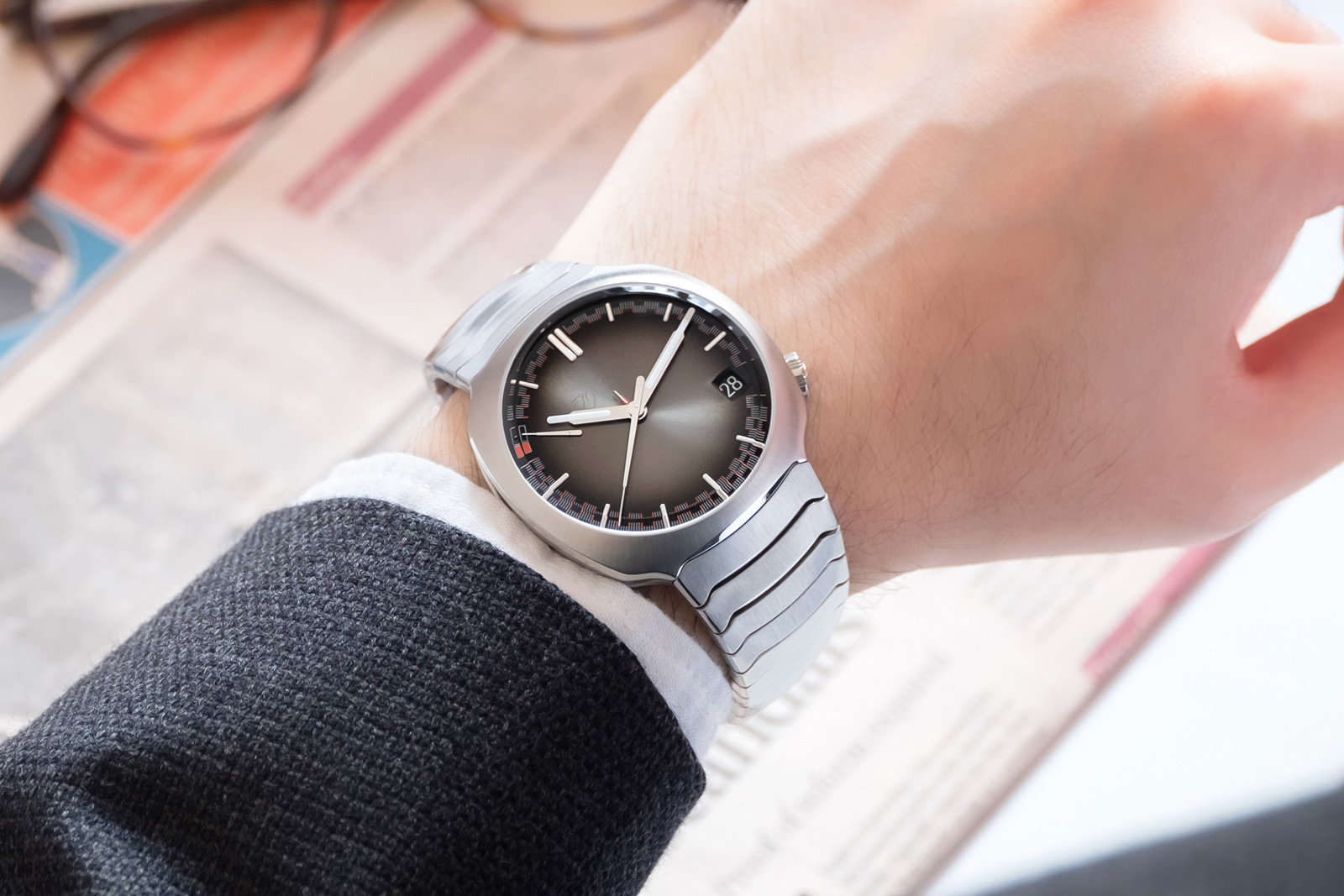 While appearing similar to the other versions of the Streamliner, the Perpetual Calendar differs in a few respects, which makes it stand out against its siblings in the Streamliner range, and more appealing for that reason.

The design is slightly more nuanced, possessing details like a barely-there, tone-on-tone logo as well as subtle red colour. On top of that, it’s the only hand-wind model in the range, explaining the power-reserve indicator at ten o’clock. And it also has the longest autonomy at seven days, which is enormously helpful for a perpetual calendar (to avoid having to set the calendar when the watch stops). 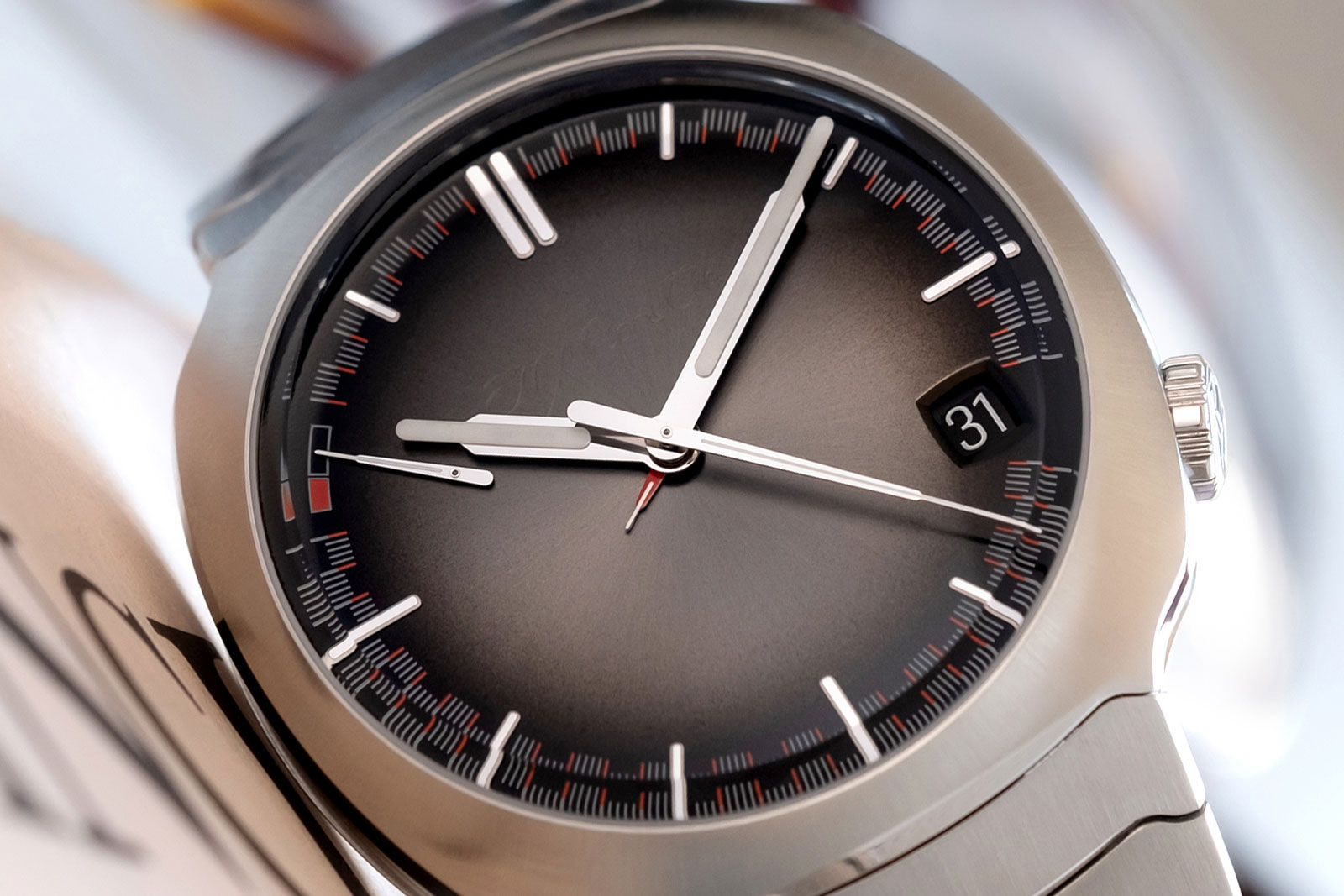 At certain angles, the logo on the dial disappears

Despite the complication, and because it’s hand-wind, the Perpetual Calendar is the slimmest Streamliner to date at just 11 mm high, giving it a sleek fit on the wrist.

At 42.3 mm, it’s slightly larger than base model, but a good size (the time-only model feels a bit small), giving it a thin and wide aspect ratio that’s desirable for a luxury-sports watch because it creates a sport yet elegant profile.

At around US$55,000, the perpetual calendar is the most expensive Streamliner to date, substantially more expensive than the chronograph in fact. Still, the price is fair in terms of intrinsic complexity, as well as relatively, when set again the going rate for high-end perpetual calendars.

Beating inside the new Streamliner is the HMC 812, which is derived from the original Moser perpetual calendar movement, the HMC 341 that developed by watchmaker Andreas Strehler for Moser.

The most obvious change to the movement is the addition of a centre seconds, which replaces the small seconds found in the brand’s other perpetual calendar wristwatches. The central seconds is more legible, and looks sportier.

In fact, the outermost, “racing” minute scale has also been tweaked to include red hashmarks every five minutes, making the minute track even more striking than that found on the Streamliner Chronograph. 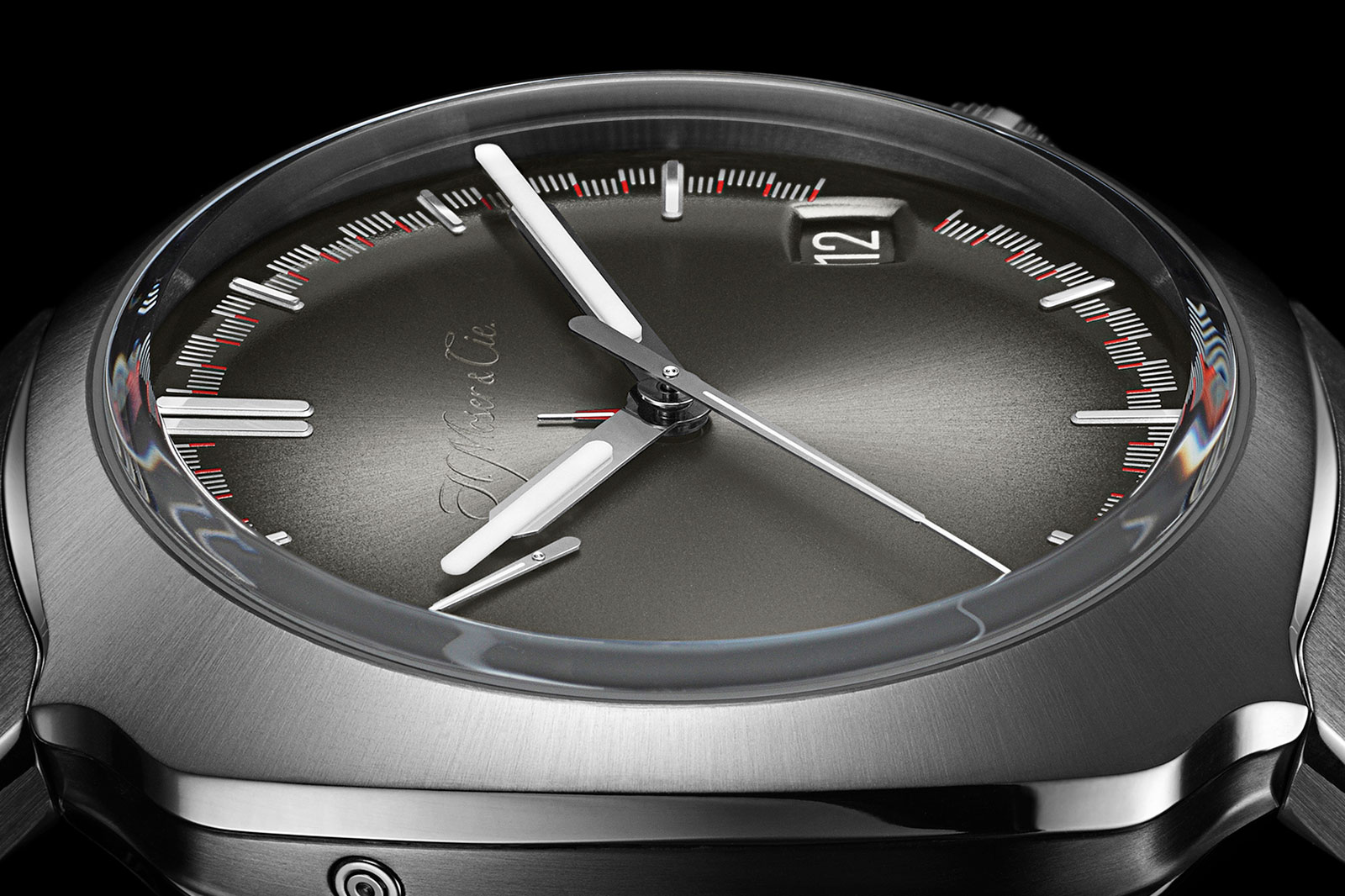 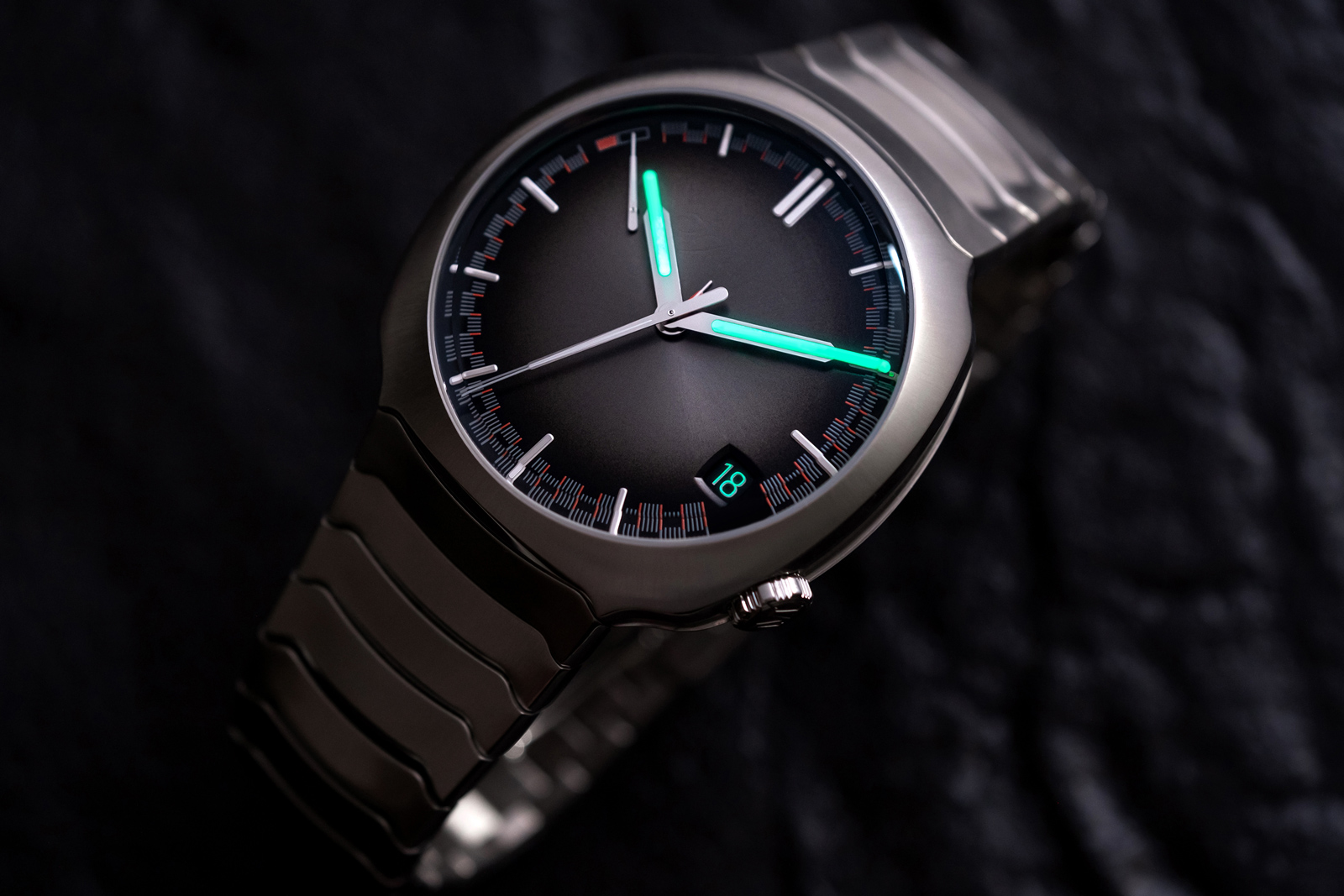 And on the back, the movement has been redesigned to give it a slightly more mechanical appearance to suit the Streamliner look. The bridges for the gear train have been skeletonised, amongst other things. 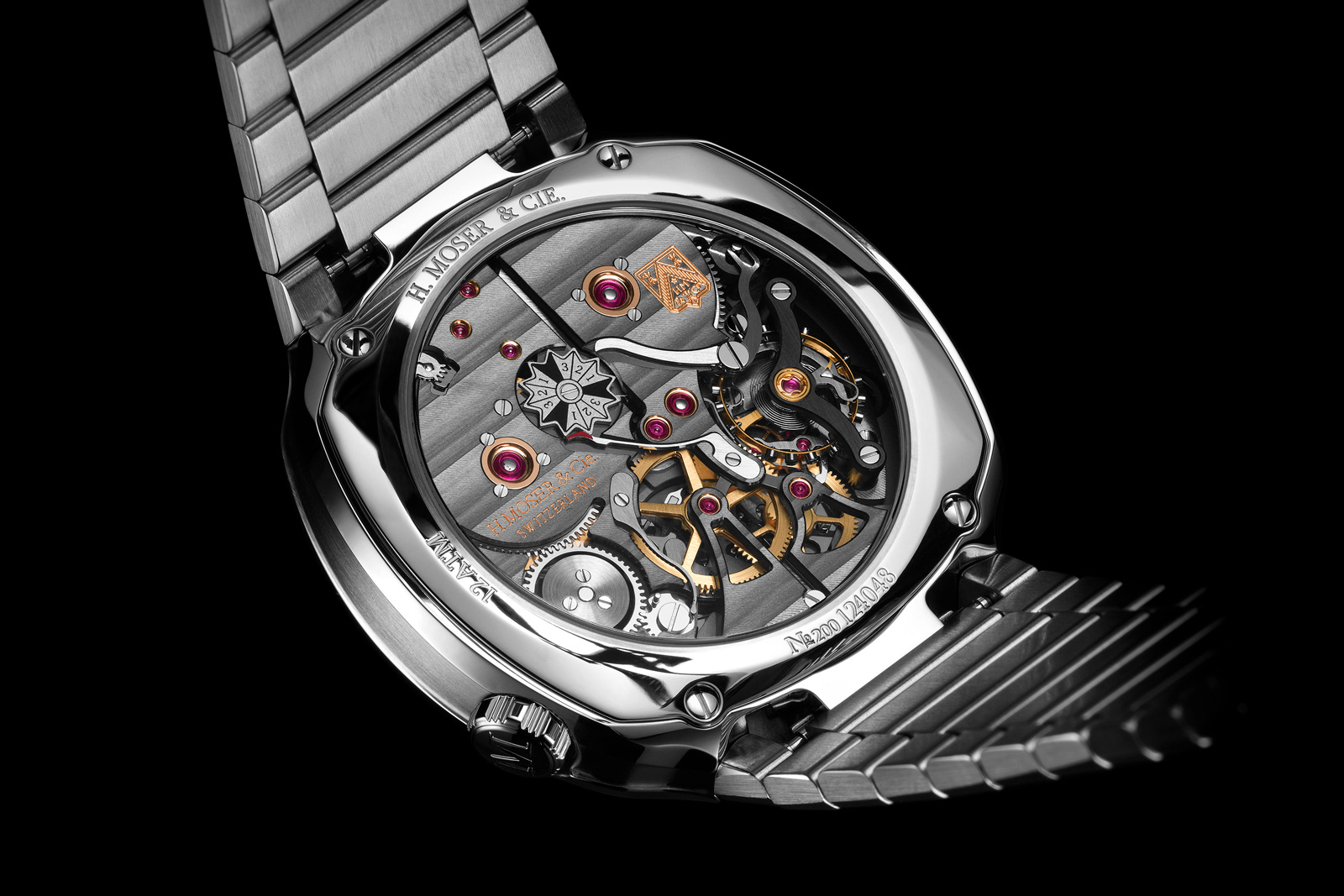 The least sporty – and most classical – detail of the watch is in the movement: the big, slow balance that beats at 18,000 vibrations per hour, or 2.5 Hz, like a 19th century precision pocket watch. One reason for that is the lengthy, week-long power reserve, which means the balance should consume as little energy as possible.

At the same time, the balance is free-sprung and equipped with an overcoil hairspring – traditional hallmarks of a precision movement – as well as a full bridge for maximum stability and shock resistance.

And the movement also boasts a signature feature of Moser movements: an interchangeable escapement. The balance assembly and escapement can be removed during servicing and swapped with a fresh module that’s lubricated, regulated, and ready to go. 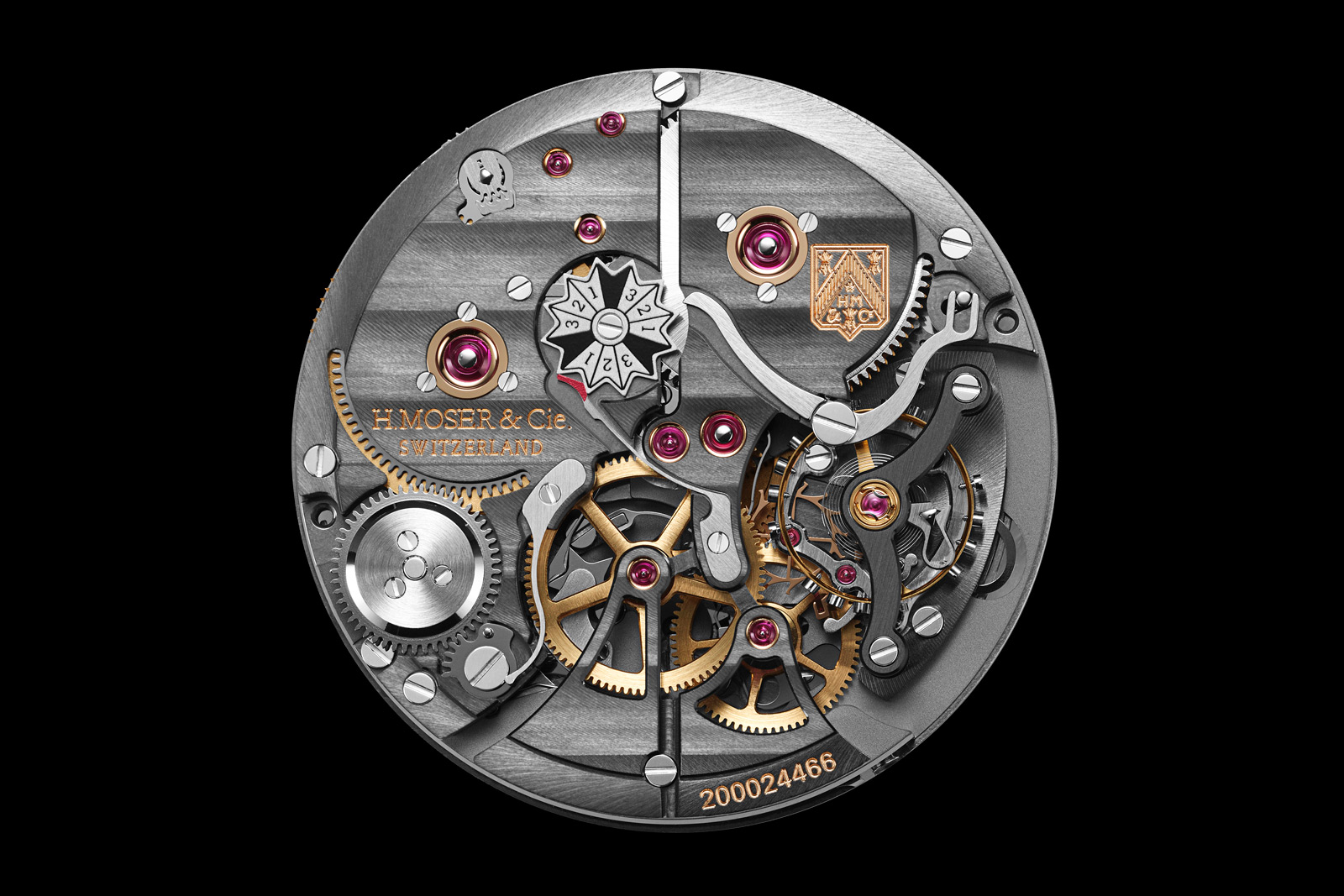 Limited edition: No
Availability: From September at authorised retailers
Price: US$54,800, or 82,800 Singapore dollars (including taxes)