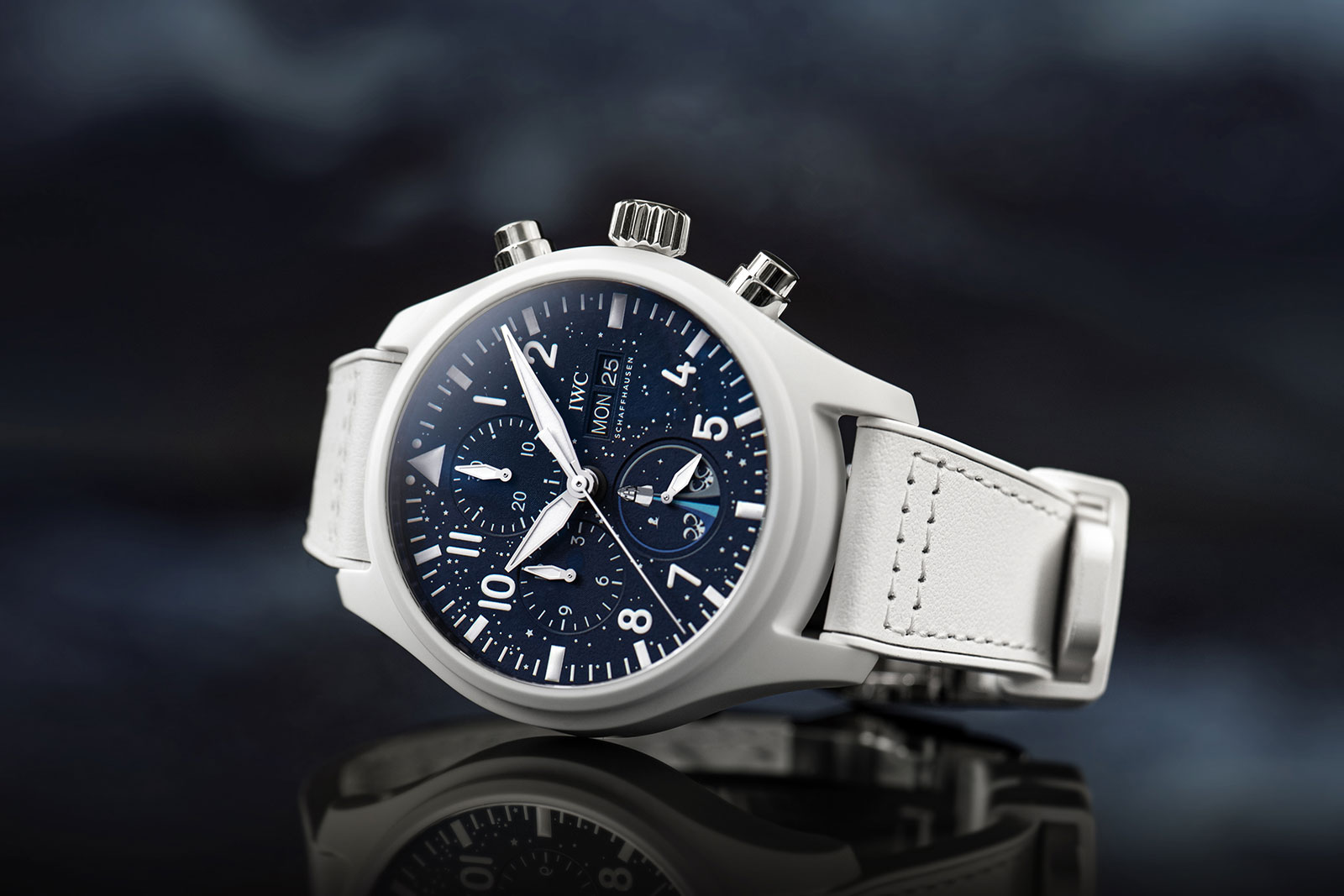 Slated to be the first space flight with an entirely civilian crew, Inspiration4 take off in September 2021 for a three-day orbit of Earth. Operated by SpaceX, the space travel company founded by Elon Musk, the mission will keep time with the help of IWC, which has created the Pilot’s Watch Chronograph Edition “Inspiration4” for the four-person crew.

Featuring white ceramic cases and blue-lacquered dials, the four watches will be sold at auction after the space flight, with proceeds going to St. Jude Children’s Research Hospital, a paediatric hospital funded by donations that treats severely ill children and teenagers for free.

Being four watches that will be sold to benefit a good cause, the Inspiration4 chronographs are certainly a good thing. It helps that the design is appealing. Though the overarching elements of the watch are familiar – white ceramic and blue – they are combined in a novel manner for IWC. Both the star-speckled dial and white ceramic case are unique in the IWC line up. 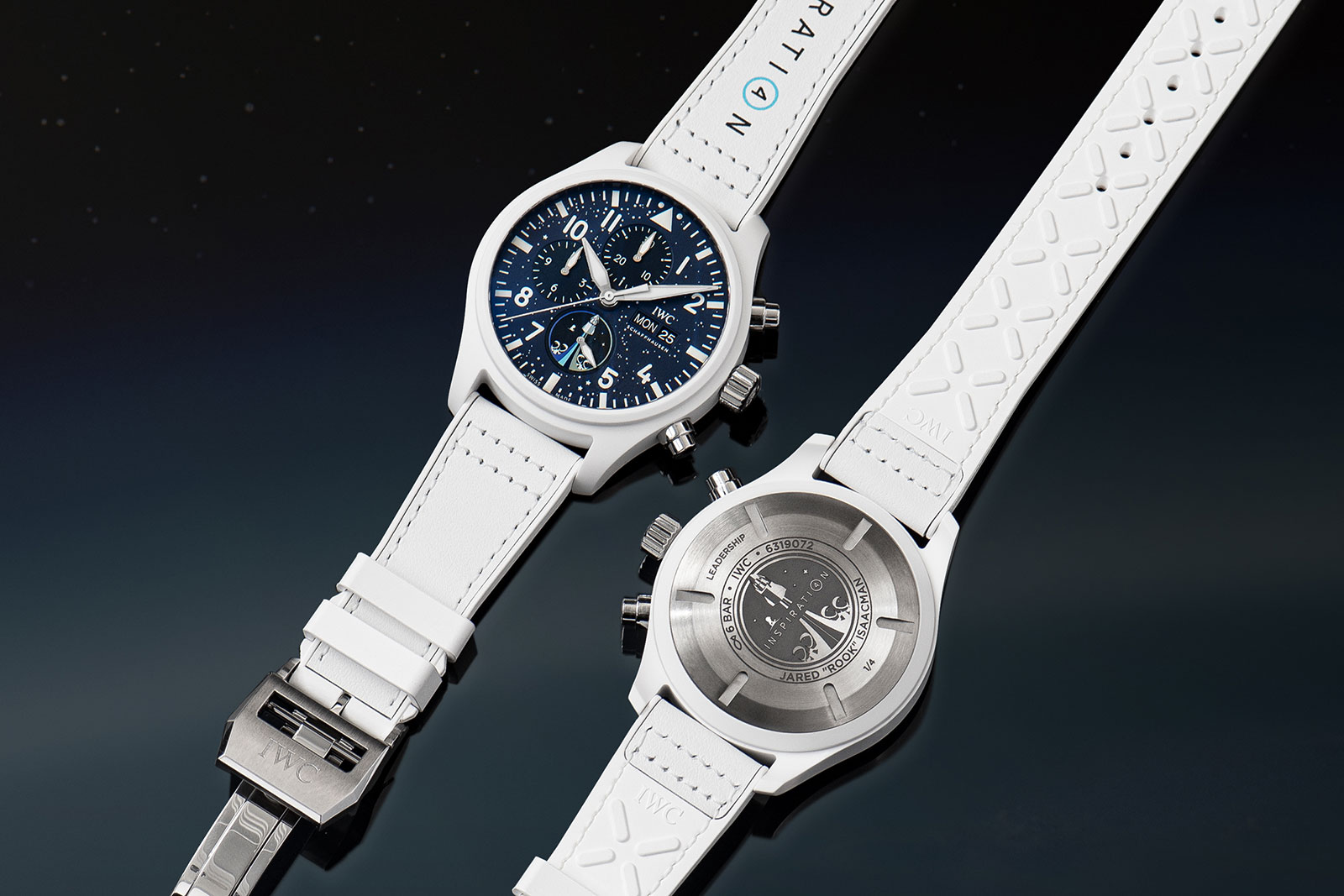 But the fact that these four are the first-ever Pilot’s watches in white ceramic (aside from prototypes from two decades ago) probably hints at something similar in the pipeline. If, and when, such a watch does emerge, I hope the production version will be smaller than the 44.5 mm that the Inspiration4 is, though that’s unlikely since the ceramic chronographs are all that size.

The four watches have been made for the crew of Inspiration4, which will be led by Jared Isaacson, a payment-processor billionaire who’s bankrolling the flight and also a qualified pilot.

Amongst the other crew members is Hayley Arceneaux, who survived bone cancer as a child thanks to treatment at St. Jude’s hospital, where she now works as a physician’s assistant. 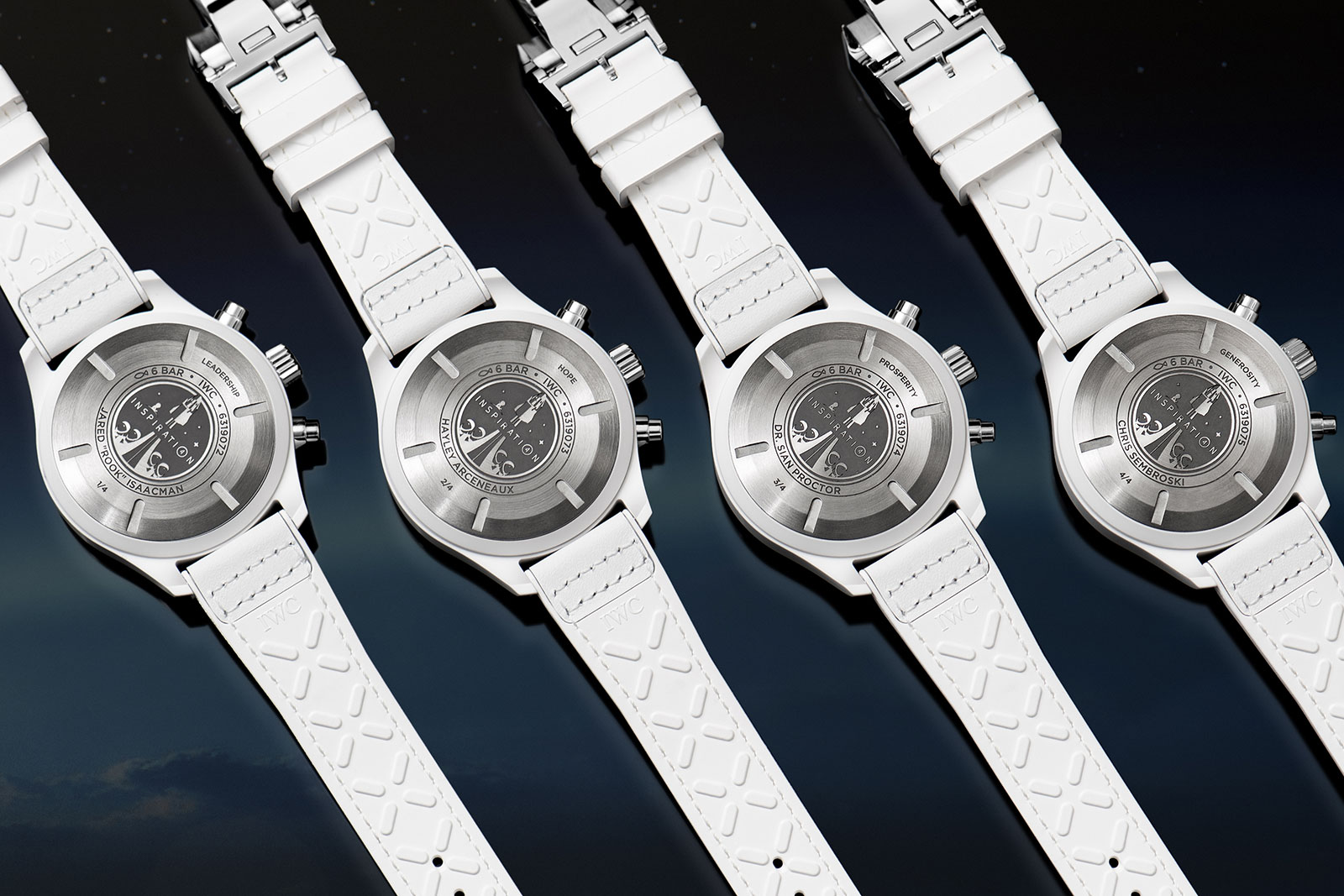 While the case backs are personalised for each crew member, the dials have an identical lacquered finished in dark blue with tiny stars printed in white. 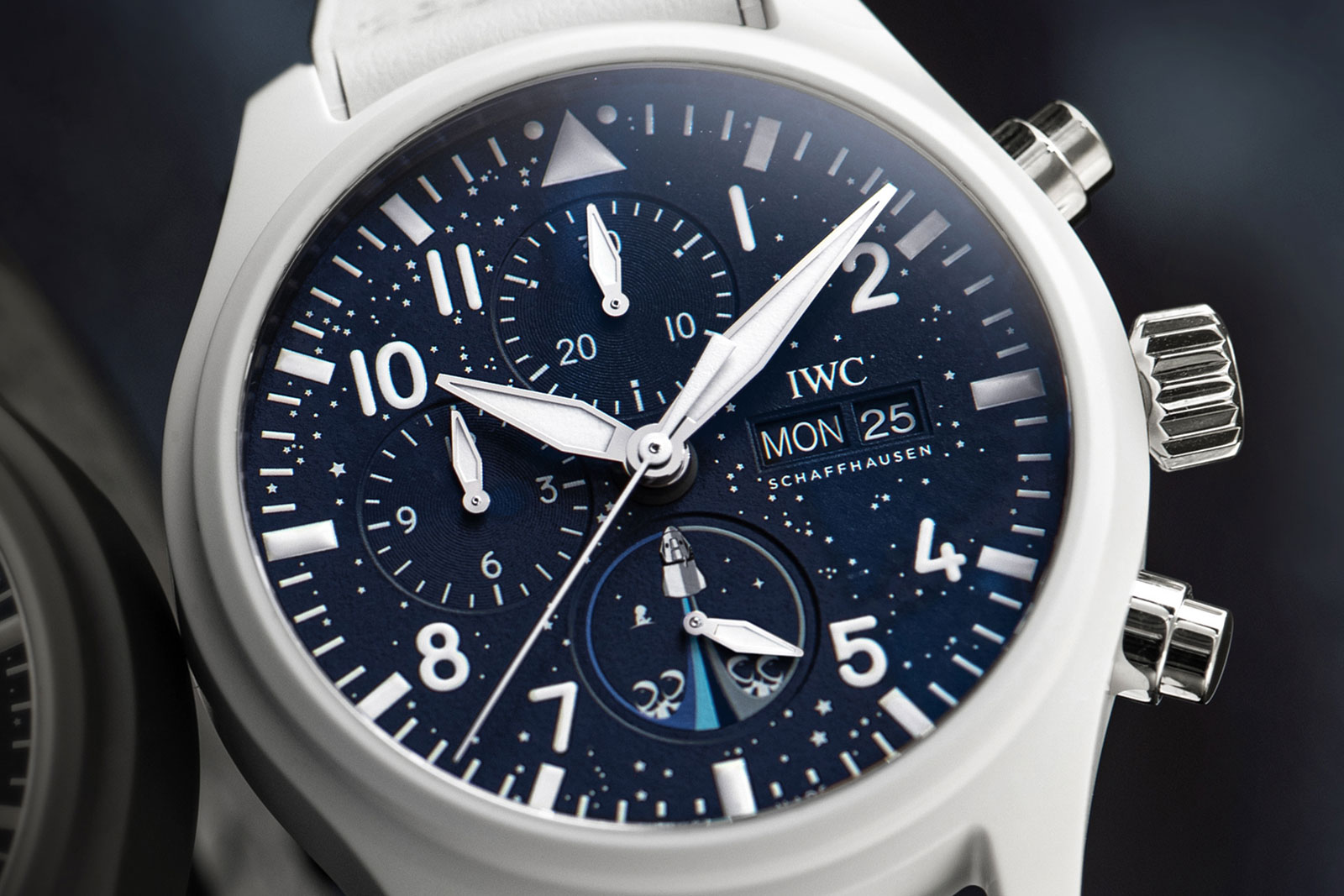 The Inspiration4 chronograph is powered by the cal. 69380, an in-house movement developed to replace the ETA Valjoux 7750 that was once the norm in IWC’s more affordable chronographs. Part of the 69000 family of movements, the cal. 69380 features a column wheel, as well as a bidirectional, pawl-winding system similar to the more complex Pellaton mechanism synonymous with IWC.