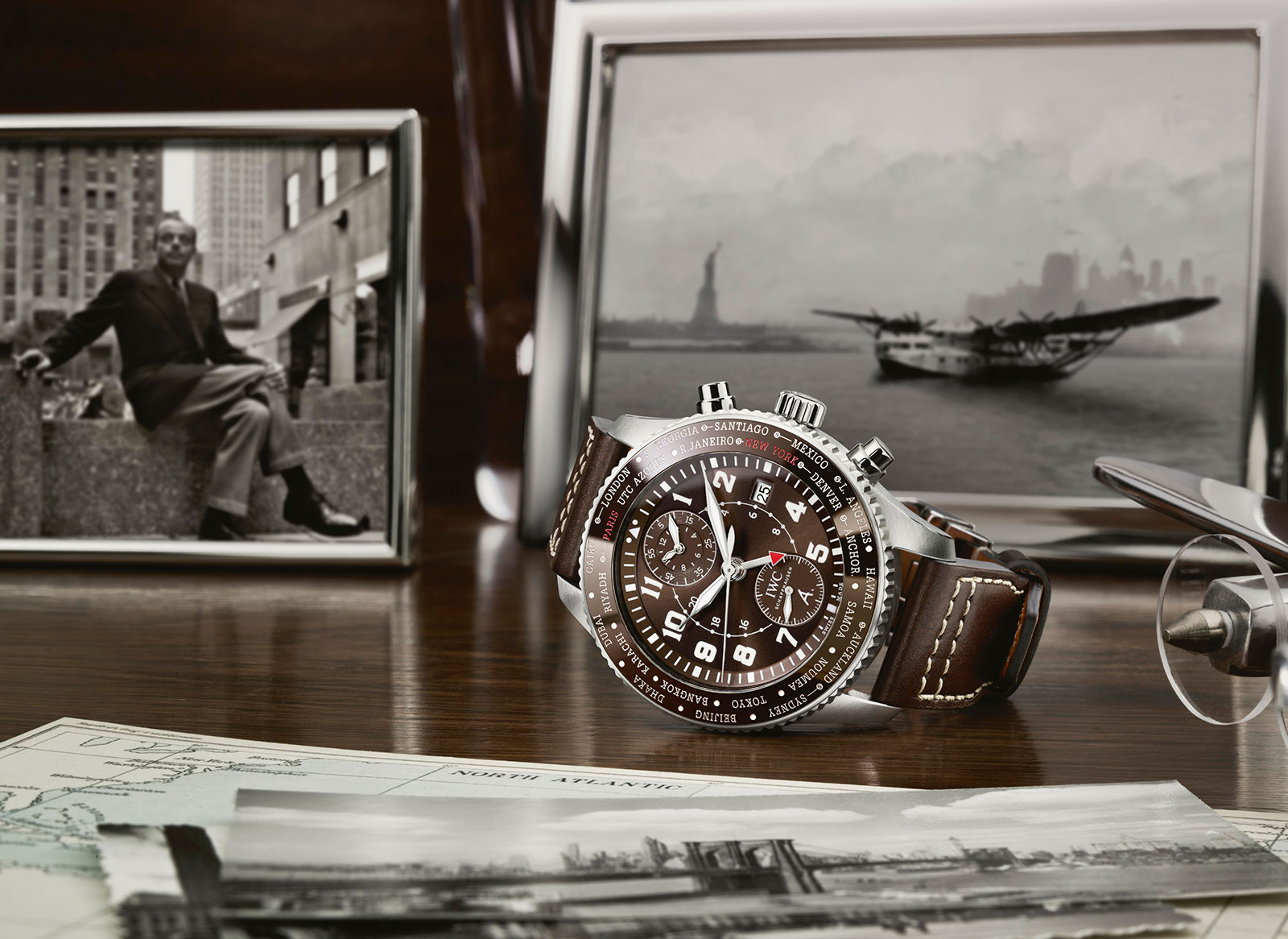 IWC’s latest limited edition is a surprisingly small run – 80 pieces to mark the 80th anniversary of the flight of the giant Latécoère 521 flying boat Lieutenant de Vaisseau Paris from New York to Lac de Biscarrosse in Southwestern France. Starting on Bastille Day, July 14, in 1939, the flight was the first nonstop crossing of the North Atlantic by flying boat.

A passenger on the 28-hour, 27-minute journey was French aviator Antoine de Saint Exupéry. And it happens that one of IWC’s most popular sub-collections of pilot’s watches watches is Le Petit Prince, named after the famous novel by de Saint Exupéry. So the Pilot’s Watch Timezoner Chronograph Edition “80 Years Flight to New York” is an offshoot of the Le Petit Prince collection, with a few tweaks. 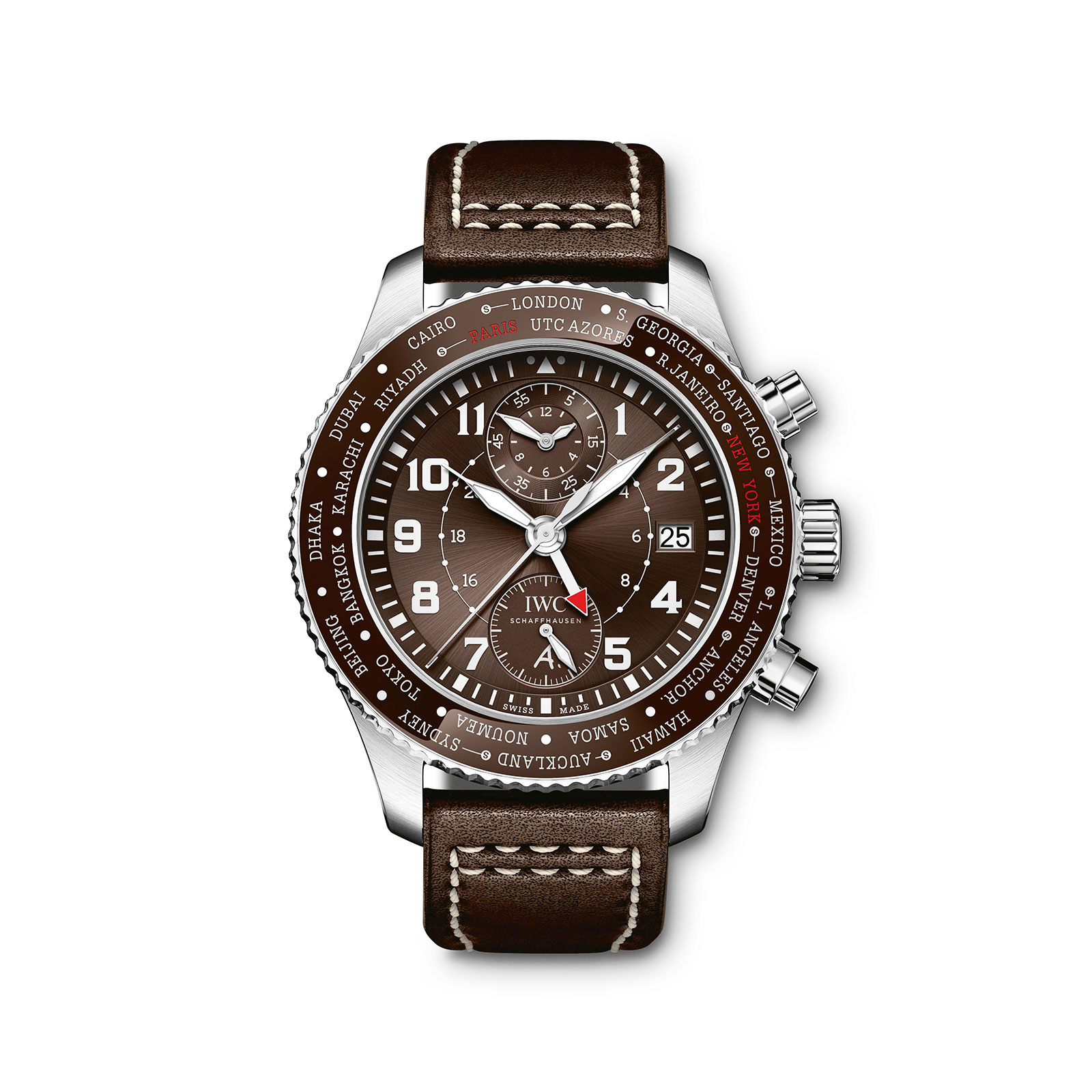 It retains the vaguely retro flavour, with Gothic-esque numerals and lozenge hands, but instead of the standard blue dial of Le Petit Prince, the anniversary watch has a brown metallic dial, matched with brown ceramic bezel. 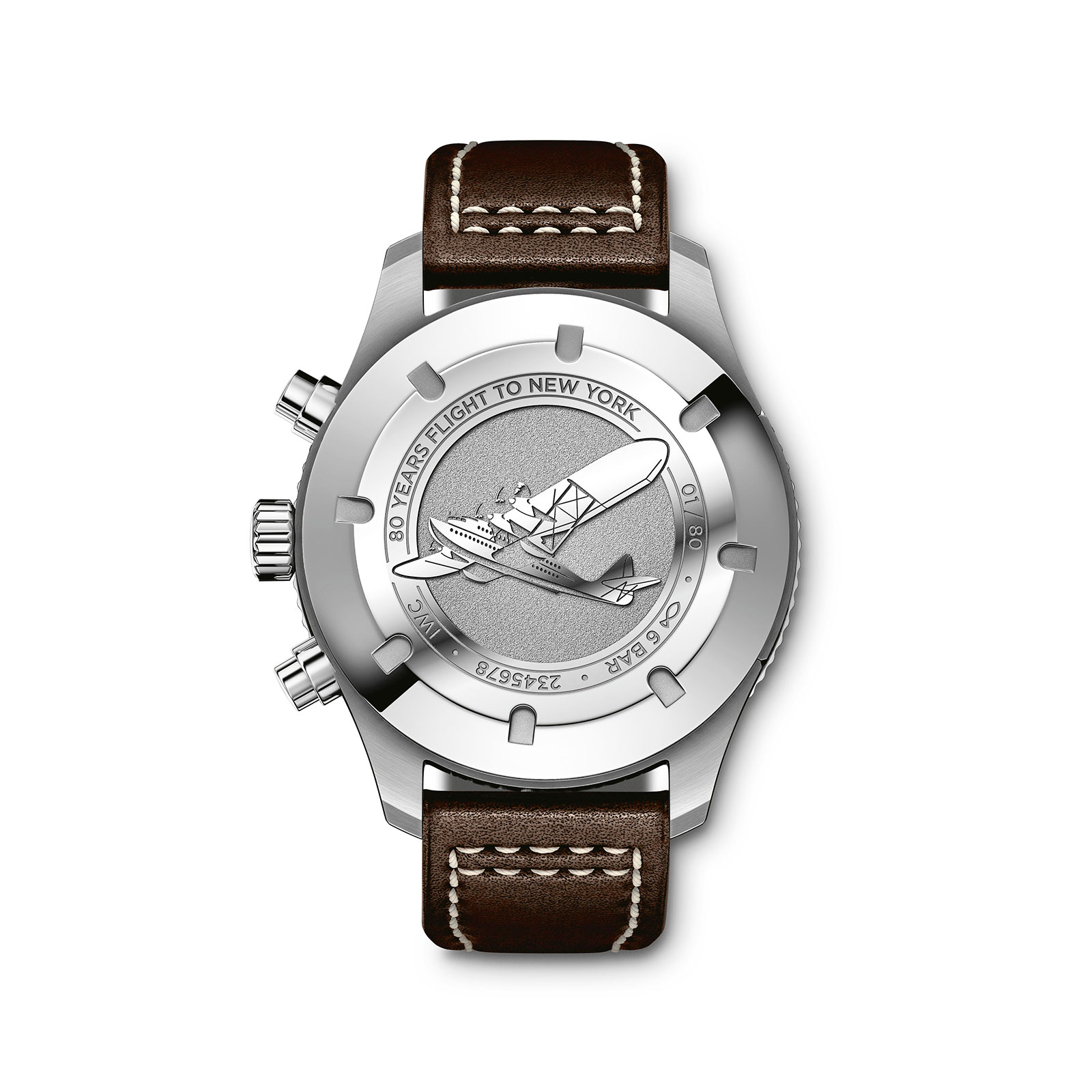 The edition is based on the Timezoner Chronograph, usually available only in the standard black and white livery of IWC’s basic Pilot’s Watches.

It’s an unusual watch that combines both a flyback chronograph and IWC’s proprietary “timezoner” mechanism. Originally developed by the defunct watch brand Vogard, the timezoner mechanism has a rotating world time bezel linked to the second time zone, so turning the bezel moves the 24-hour hand in one-hour steps, both backwards and forwards. So the watch conveniently shows local time on the main hands, and the second time zone hand can show the time anywhere else in the world.

Besides the colour, the watch is identical to the standard version, with the same, large 46mm steel case containing the cal. 89760, an in-house automatic movement constructed with the wheel train of the Valjoux 7750. The limited edition is price about 10% more than the standard model. 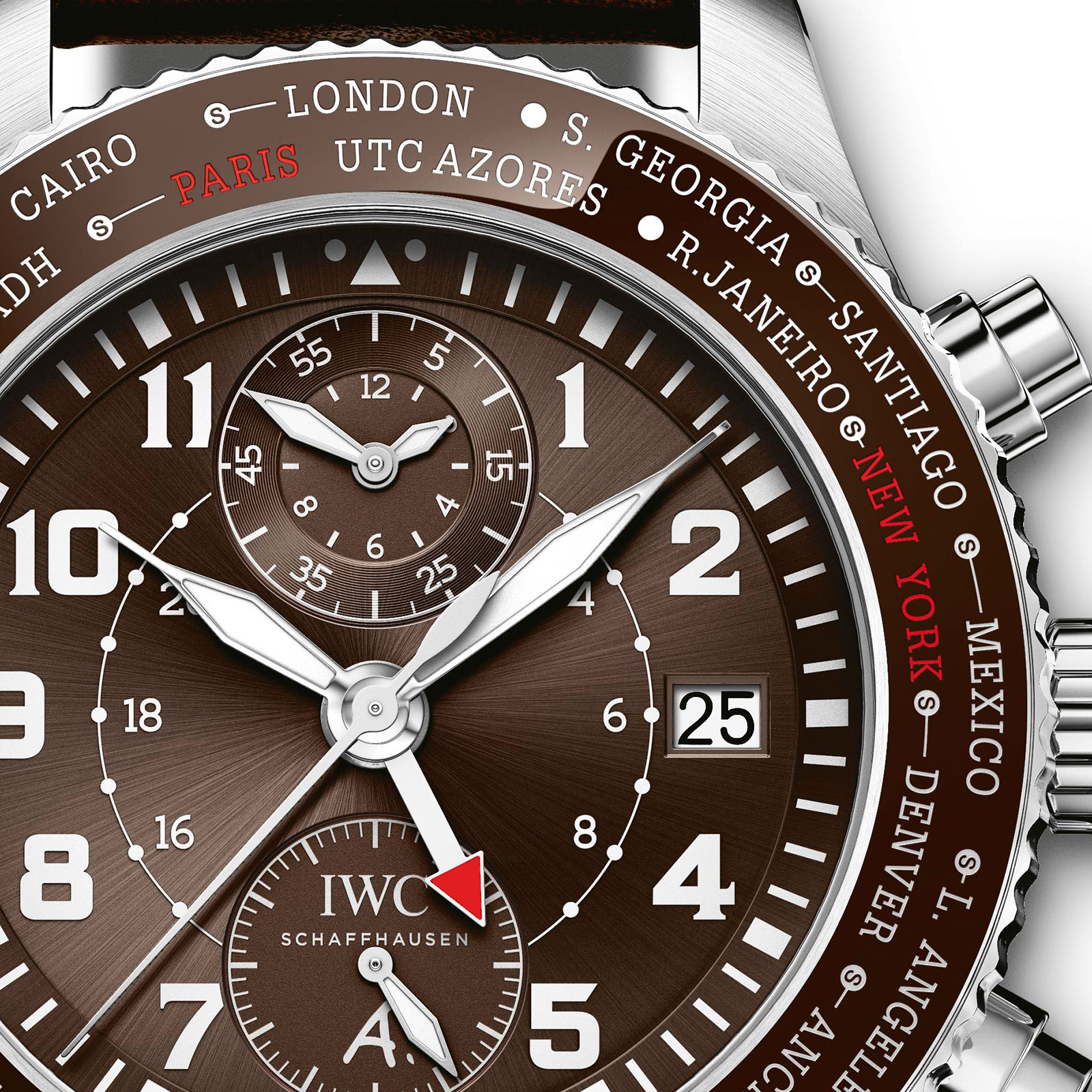 As for its historical inspirations: Latécoère 521 was pressed into military service during the Second World War, and then destroyed in 1944 by German forces as they fell back from occupied France. That same year, de Saint Exupéry vanished while on a reconnaissance mission for the French Air Force in the Mediterranean.

The proceeds from the sale of the first watch in the edition will go to the Antoine de Saint Exupéry Youth Foundation, which supports education for youth in poor countries. 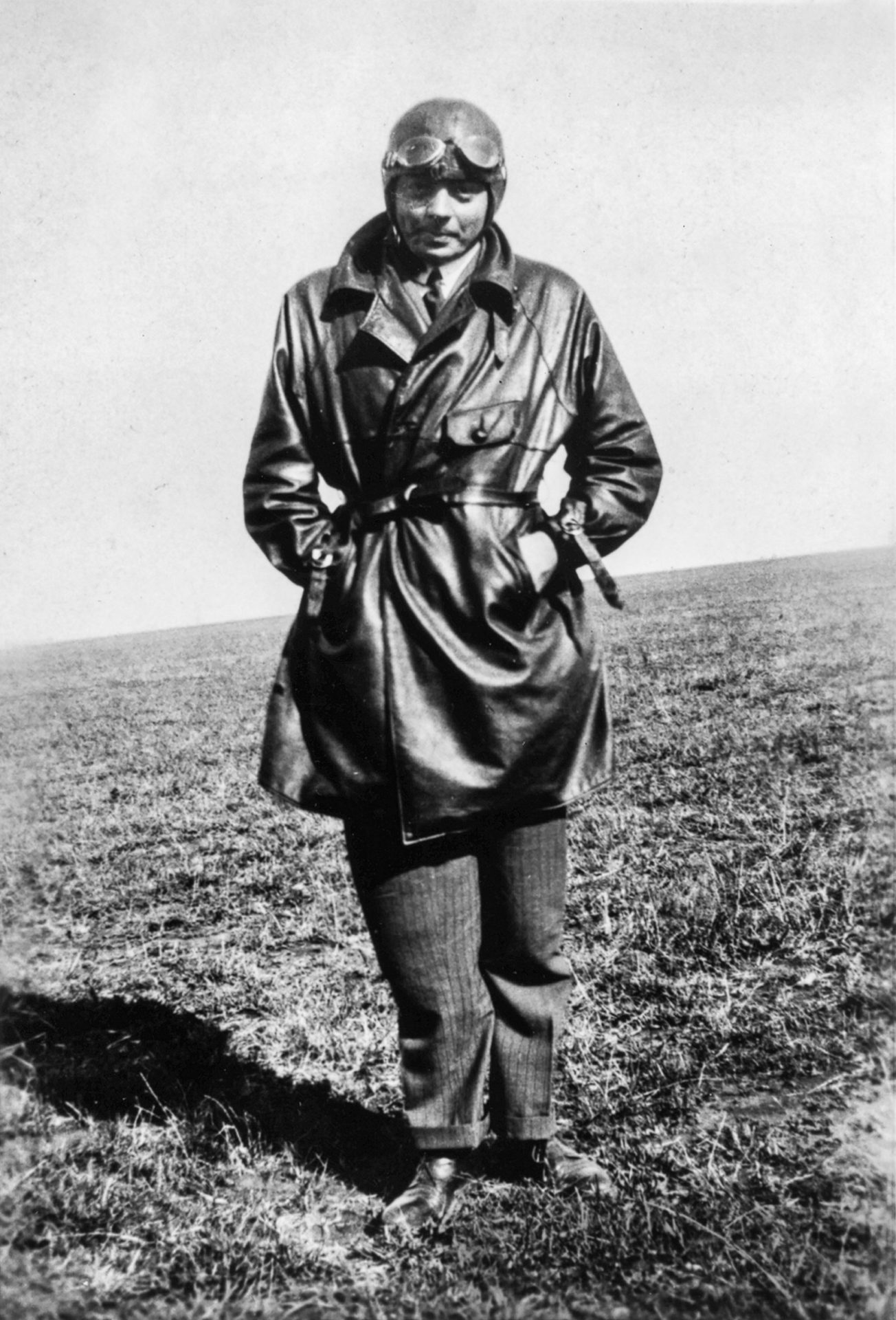