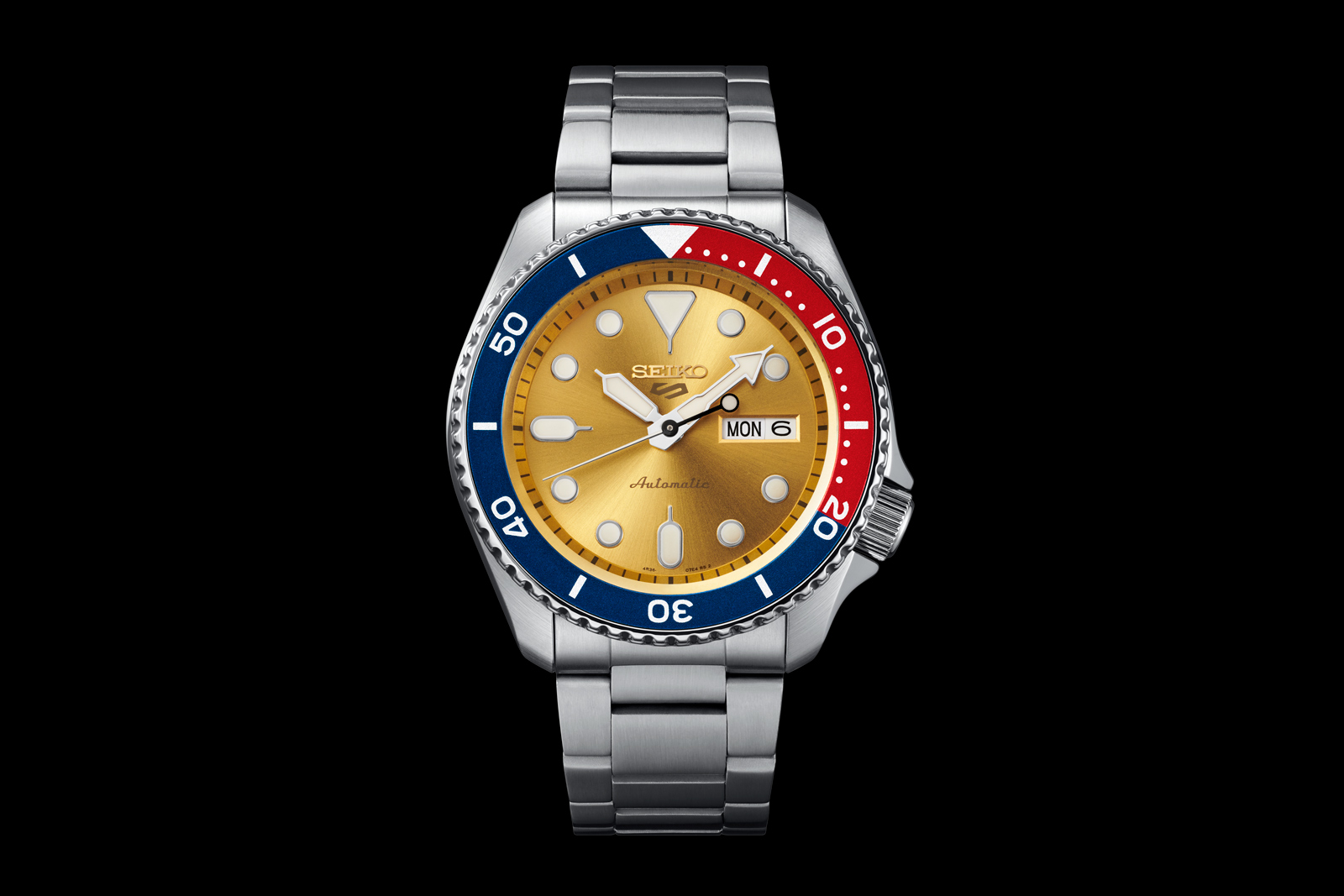 A surprisingly clean design, the winner has a gold dial circled by a “Pepsi” bezel. It was one of about 50,000 submissions, but it won by a surprisingly large margin of 8.5 million votes out of a 16 million-vote total – possibly due to a group effort by a forum dedicated to Seiko. 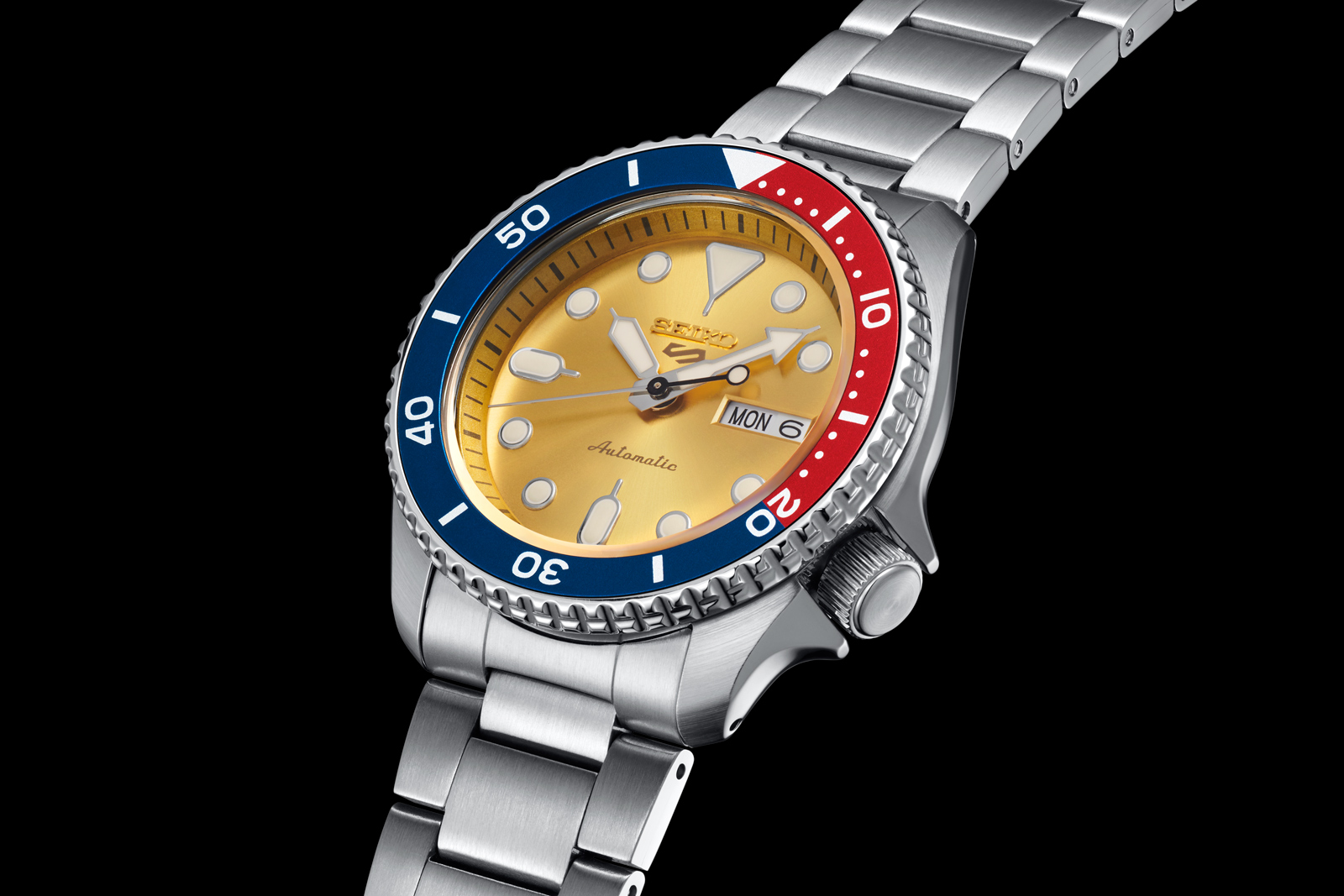 The Custom Watch Beatmaker contest was in many ways an official acknowledgment of the Seiko “mods” community that pursue aftermarket customisation of Seiko watches. It’s uncommon for a big brand to do so, though the contest was centred on the Seiko 5 Sports, the brand’s entry-level mechanical watch.

But Seiko itself has changed the landscape since the contest was announced in October 2020. The brand has since launched numerous Seiko 5 Sports “crossover” editions featuring Japanese pop-culture themes, resulting in watches far from the average Seiko 5. In comparison, the contest edition seems less special, at least from an aesthetic perspective, since it’s basically rearranged the colours of a few elements instead of being an all-new design.

Still, compared to the regular-production Seiko 5 Sports, the Beatmaker edition stands out. The gold, sunburst dial on a dive-style watch is uncommon, not to mentioned the combination with a red-and-blue bezel. In fact, I found the colours incongruous at first glance, but they actually work well.

More intriguingly, the design appears to have won as a result of a concerted effort by members of an Italian Seiko forum, according to chatter on social media. One of its participants submitted the design, and all members were encouraged to vote. Multiple votes per person were permissible in the contest, which might explain the huge winning margin. Another explanation is that the public appreciates simplicity and bright colours – the winner is a straightforward design in pleasing colours. 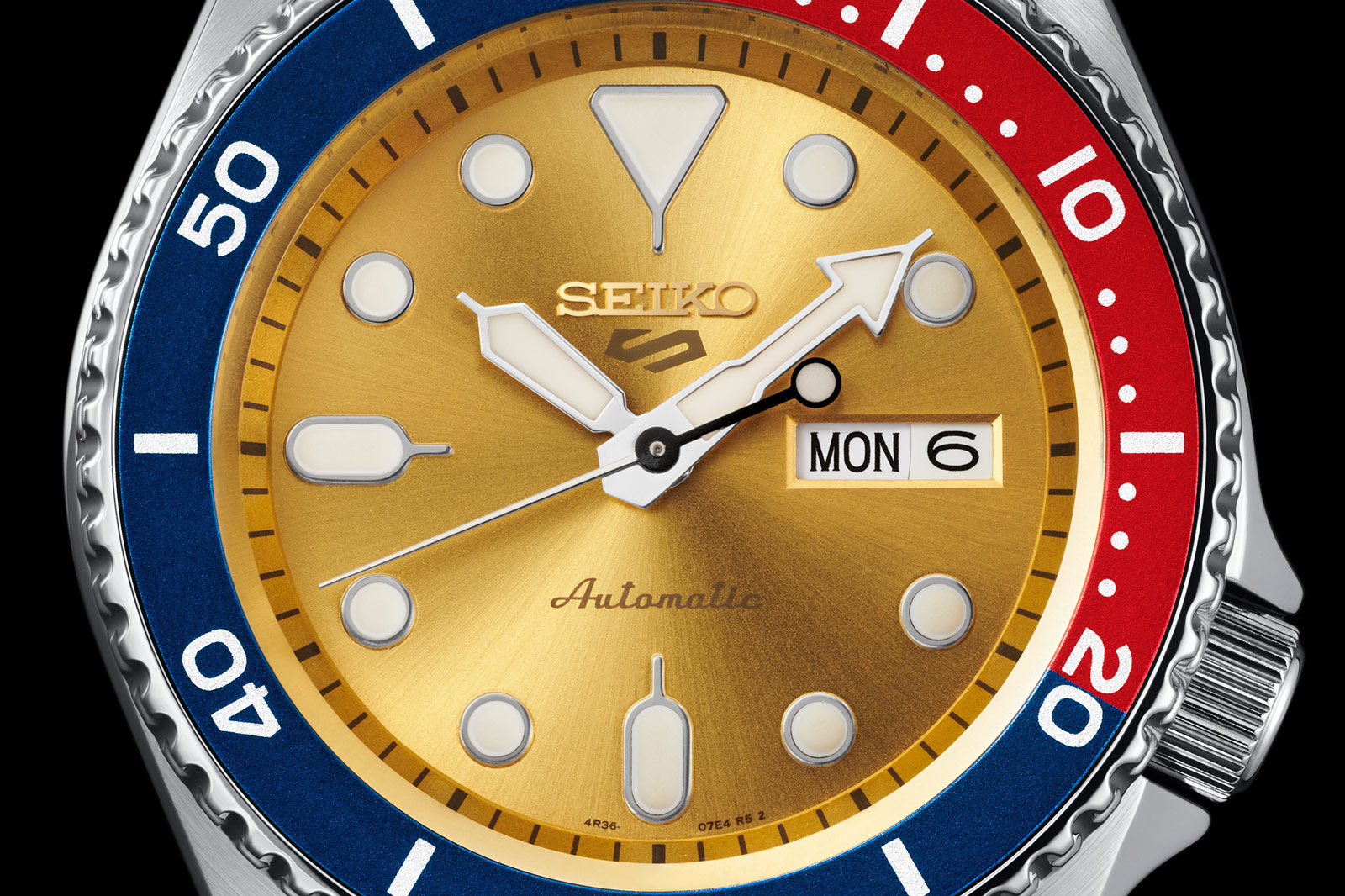 Seiko clearly anticipated a large number of submission – over 48,000 was the count – hence the streamlined entry process. Each entry was basically an iteration of five elements of the watch, namely the bezel insert, case, dial, hands, and strap, all chosen from existing parts.

The winning design stuck to basics with a steel case and bracelet that echo the hands. A splash of colour comes from the champagne dial and “Pepsi” bezel. While the obvious inspiration behind this combination might seem to be the ref. 6139 “Pogue” chronograph, its closest historical ancestor is the Seiko 5 ref. 6309-836A, a 1980s model offered in identical colours, according to the Italian forum member behind the winning campaign. 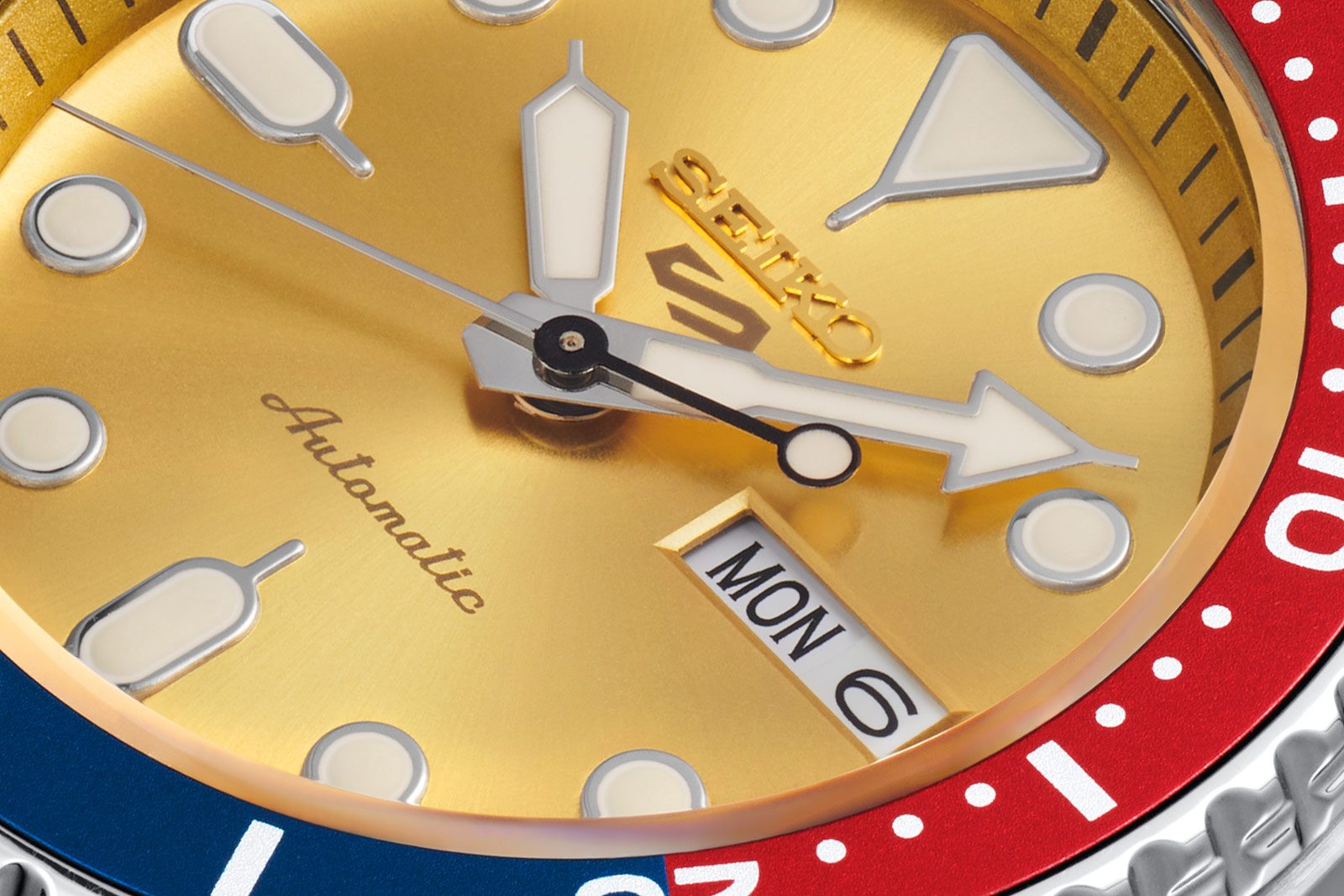 The rest of the watch is a stock Seiko 5 Sports, which means a compact, cushion case with a handy 100 m water resistance, as well as a mechanical movement with a day-date complication. 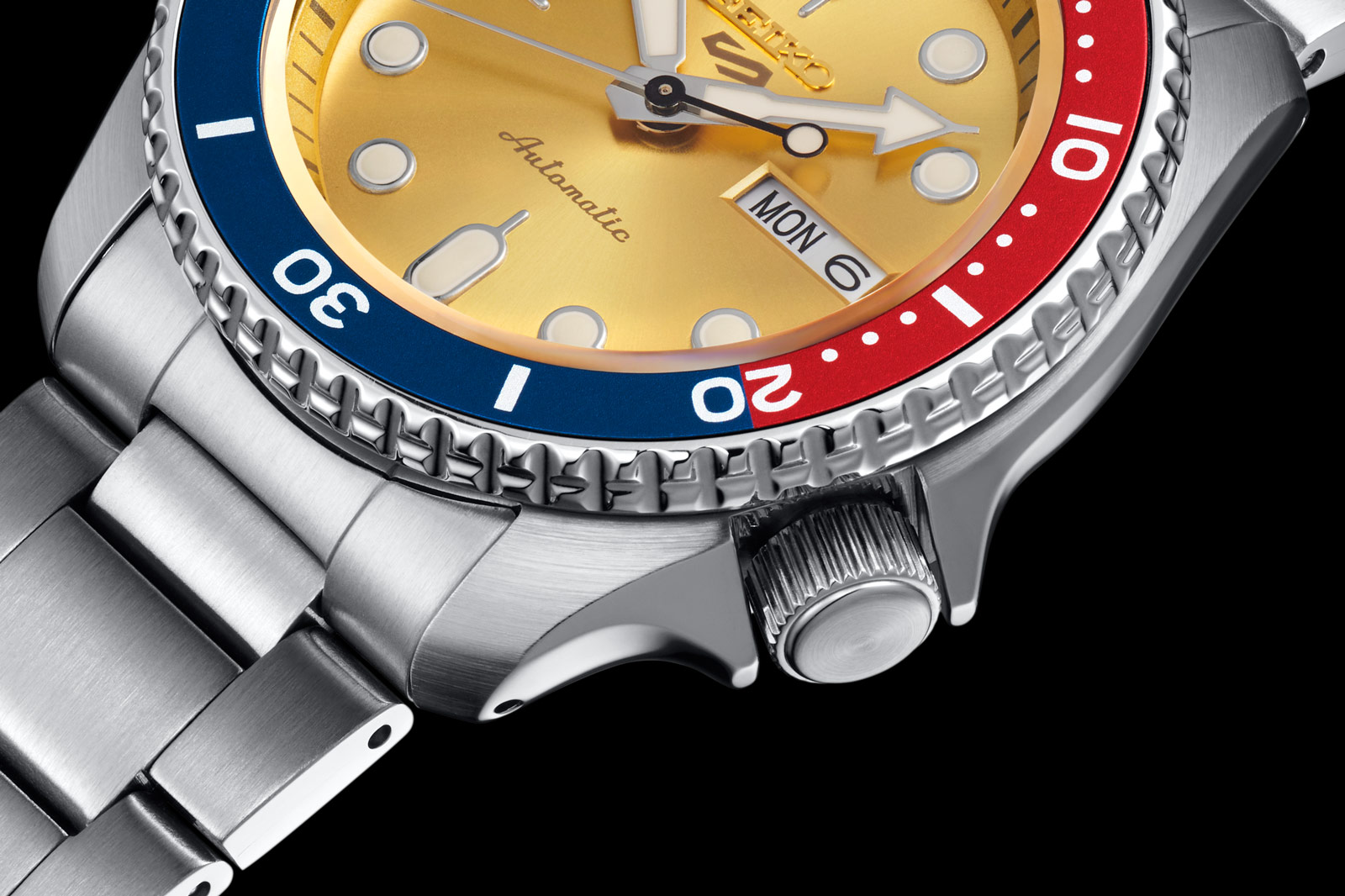