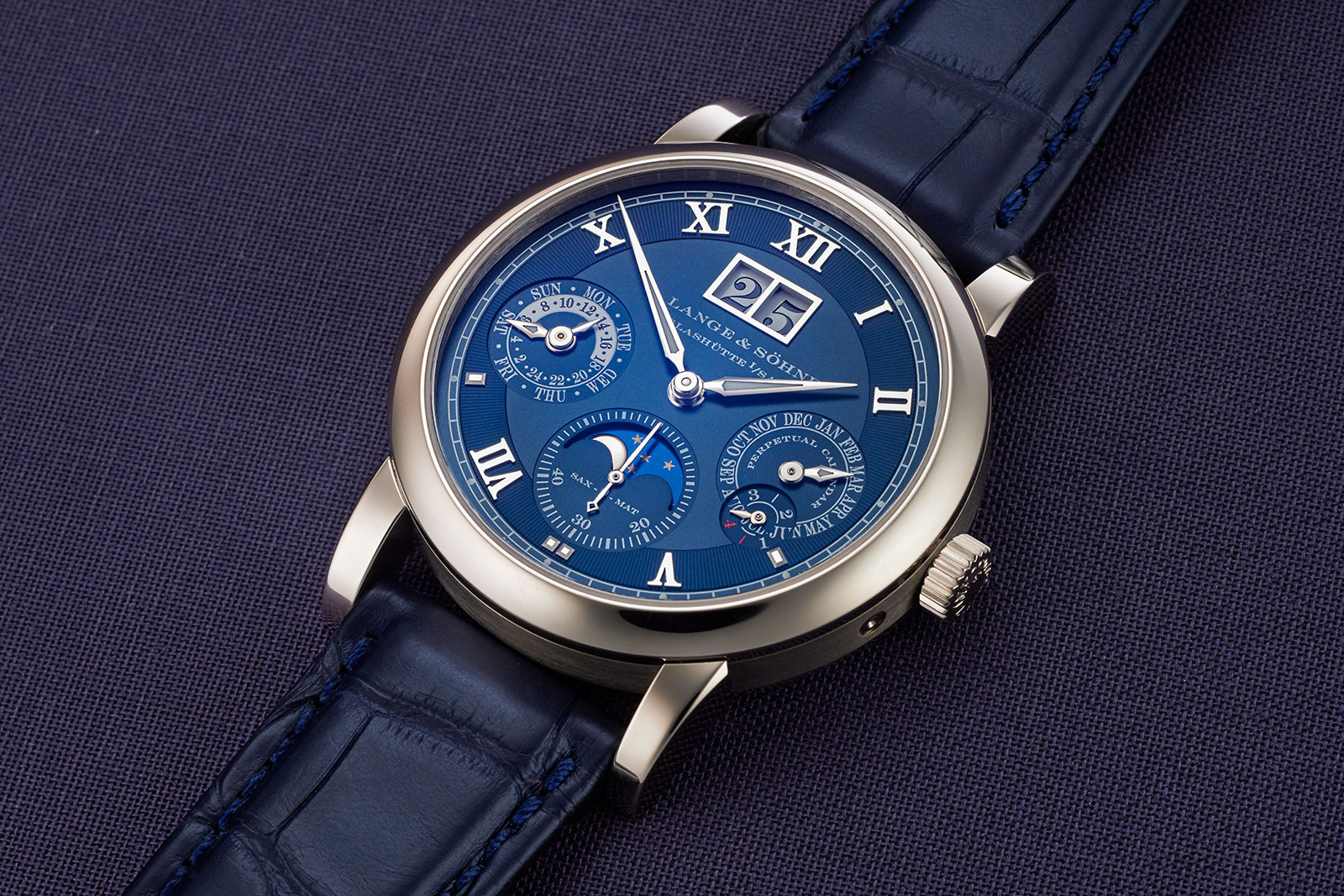 One of the biggest surprises amongst A. Lange & Söhne’s mid-year launches is the return of the Langematik Perpetual (the other being a Handwerkskunst in an unusual rectangular case).

Launched two decades ago, the Langematik Perpetual is the brand’s longest-lived model – powered by the same movement from the start – though it’s been gradually phased out. Having discontinued the gold and platinum versions, Lange then introduced a limited edition in Honey Gold in 2019, and nothing else – until now. The Langematik Perpetual returns back in style as a pair – with a dark blue dial in either a white or pink gold case. 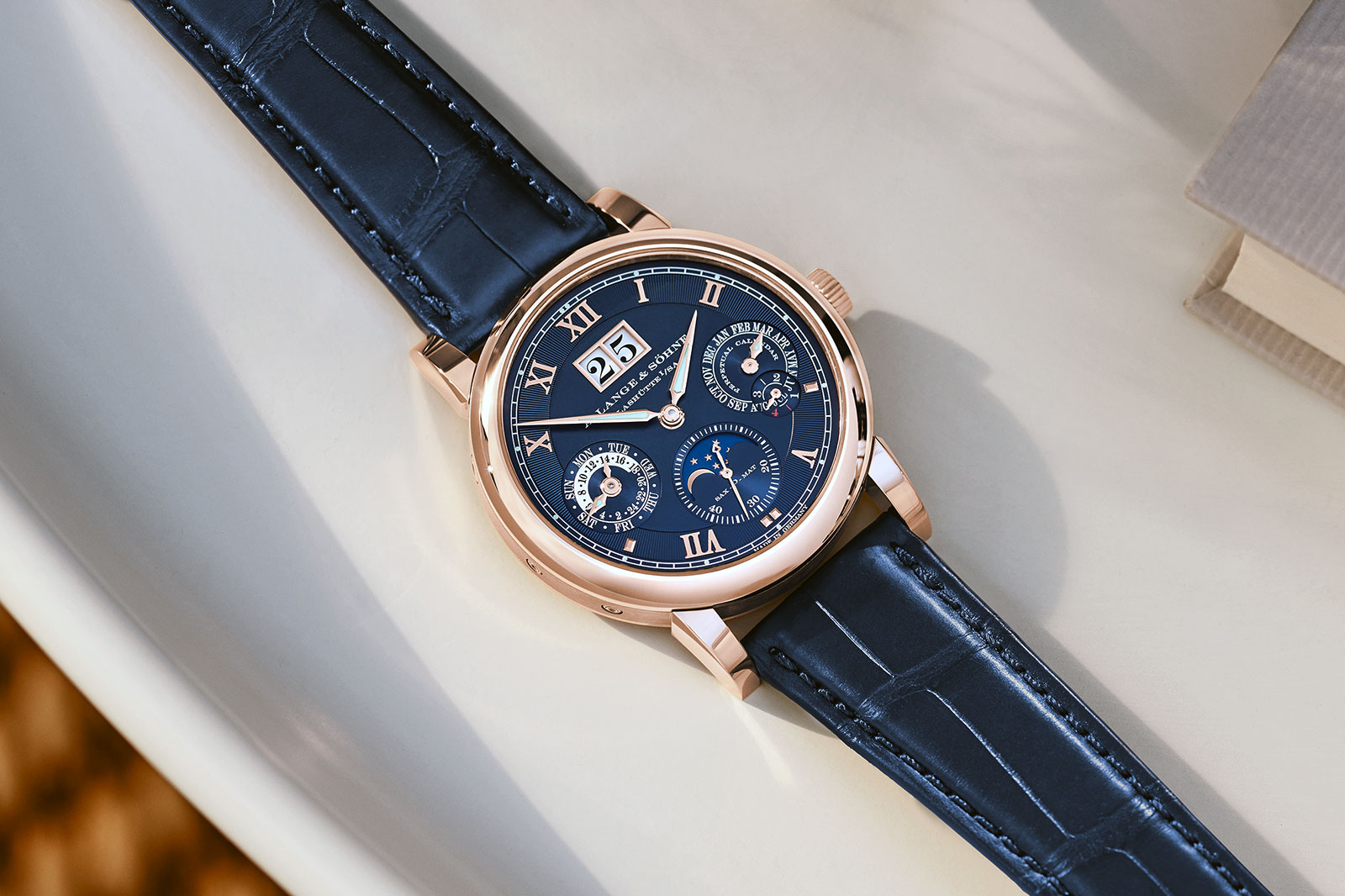 The reintroduction of the Langematik Perpetual is unexpected, especially given the two-year gap between this and the last version. In fact, that already seemed like a farewell model – it was a limited edition in Honey Gold, the proprietary alloy Lange usually reserved for special occasions, like the recent 175th Anniversary “Homage to F.A. Lange”. 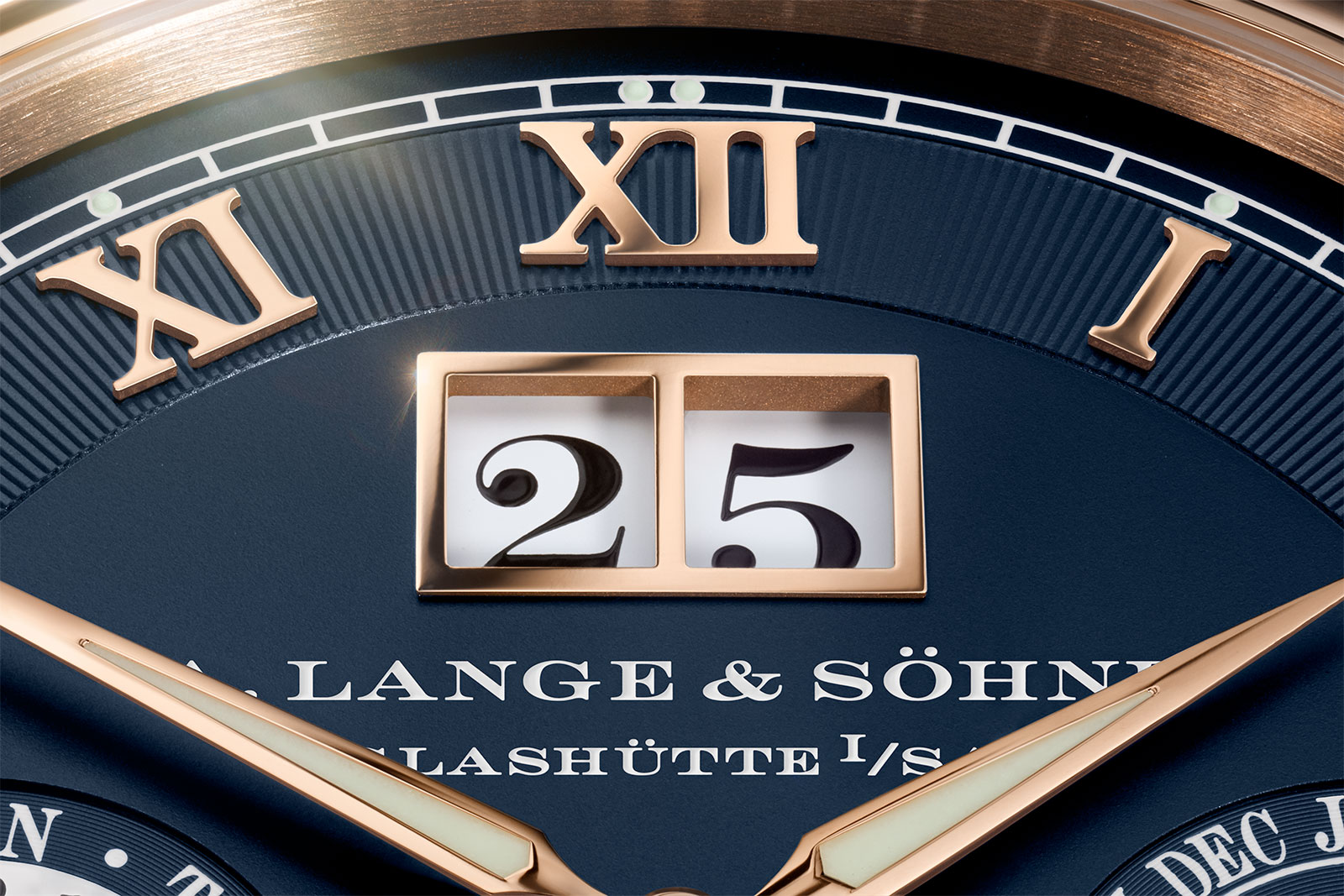 At the same time, it’s heartening to see the return of an exceptionally fine, automatic movement. The cal. L922.1 “Sax-O-Mat” has an off-centre, almost-micro rotor that is interesting in form and execution; it’s made of two precious metals and cast in relief. 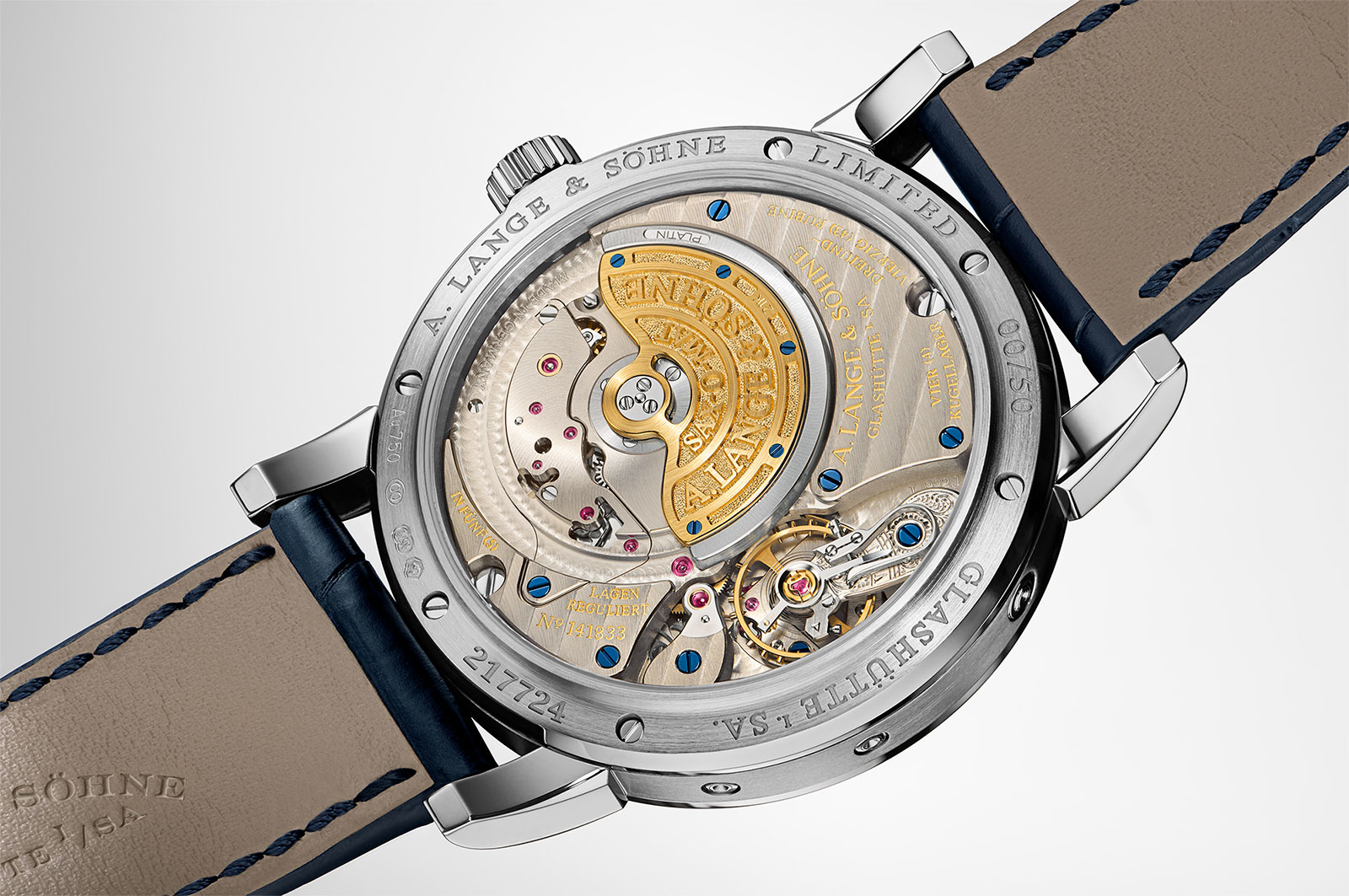 The movement’s layout is intricate, in contrast to a conventional, central rotor that almost always looks plain and is the setup found in the brand’s entry-level automatic watches. But the appeal of the movement goes beyond aesthetics, its zero-reset mechanism (more on that later) is another attractive feature.

That brings us to the numbers – only 50 pieces in each colour of gold, which means it will be a quick exit for the model. But given its surprising return, can one hope for a standard production variant down the line? 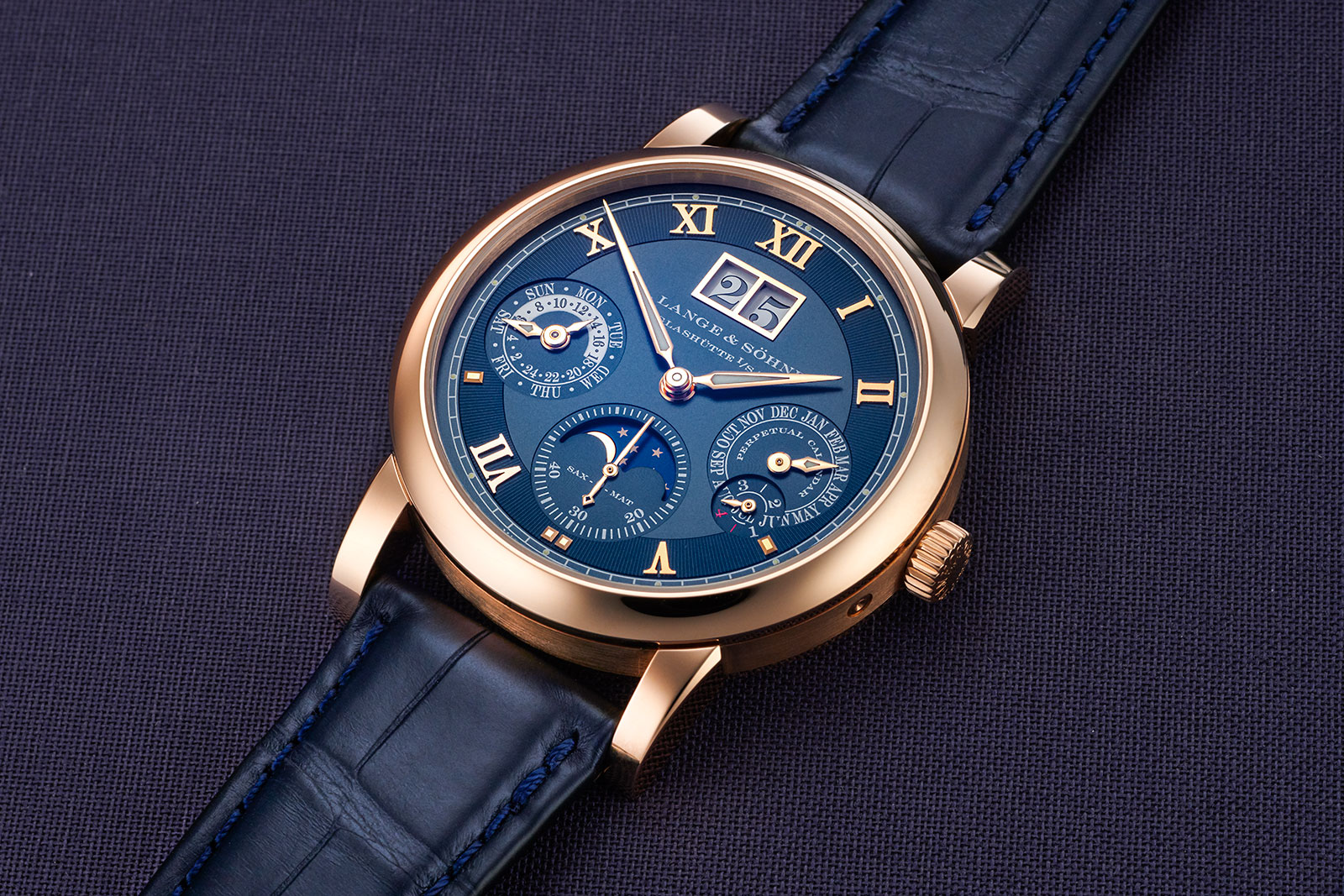 The Langematik Perpetual has a handsome design characteristic of the brand’s house style – robust case and lugs matched with a classical dial.

It’s clear the dial’s designer had a good eye, which was responsible for a layout harmonious in its proportion, while having details that add flair. 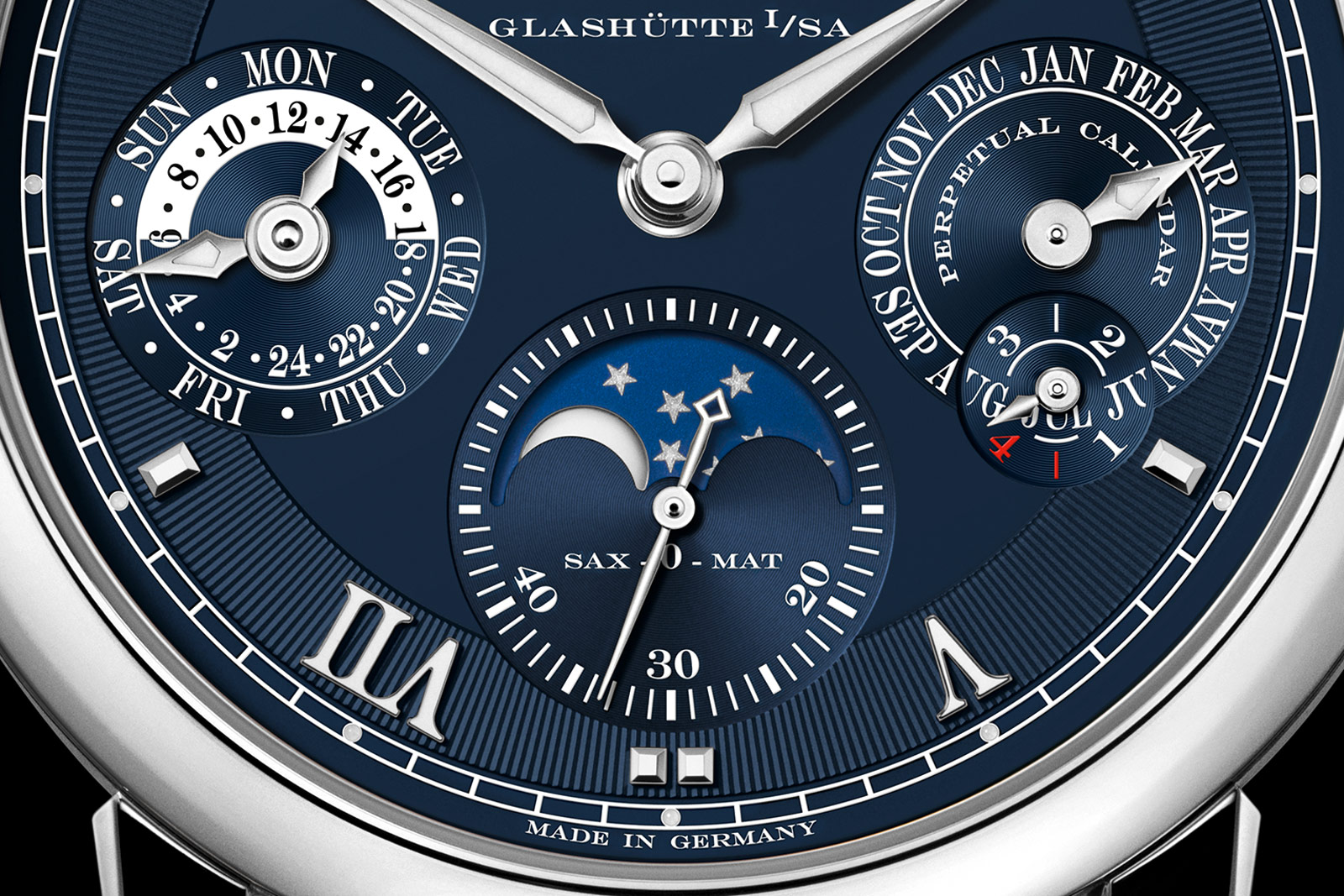 One such detail is the radial guilloche on the chapter ring for the hours, which highlights the applied Roman numerals, while giving the dial a sectioned appearance that increases its depth. Notably, the engine-turned chapter ring was not found on the earlier models of the Langematik Perpetual, and only arrived with the Honey Gold version of 2019. 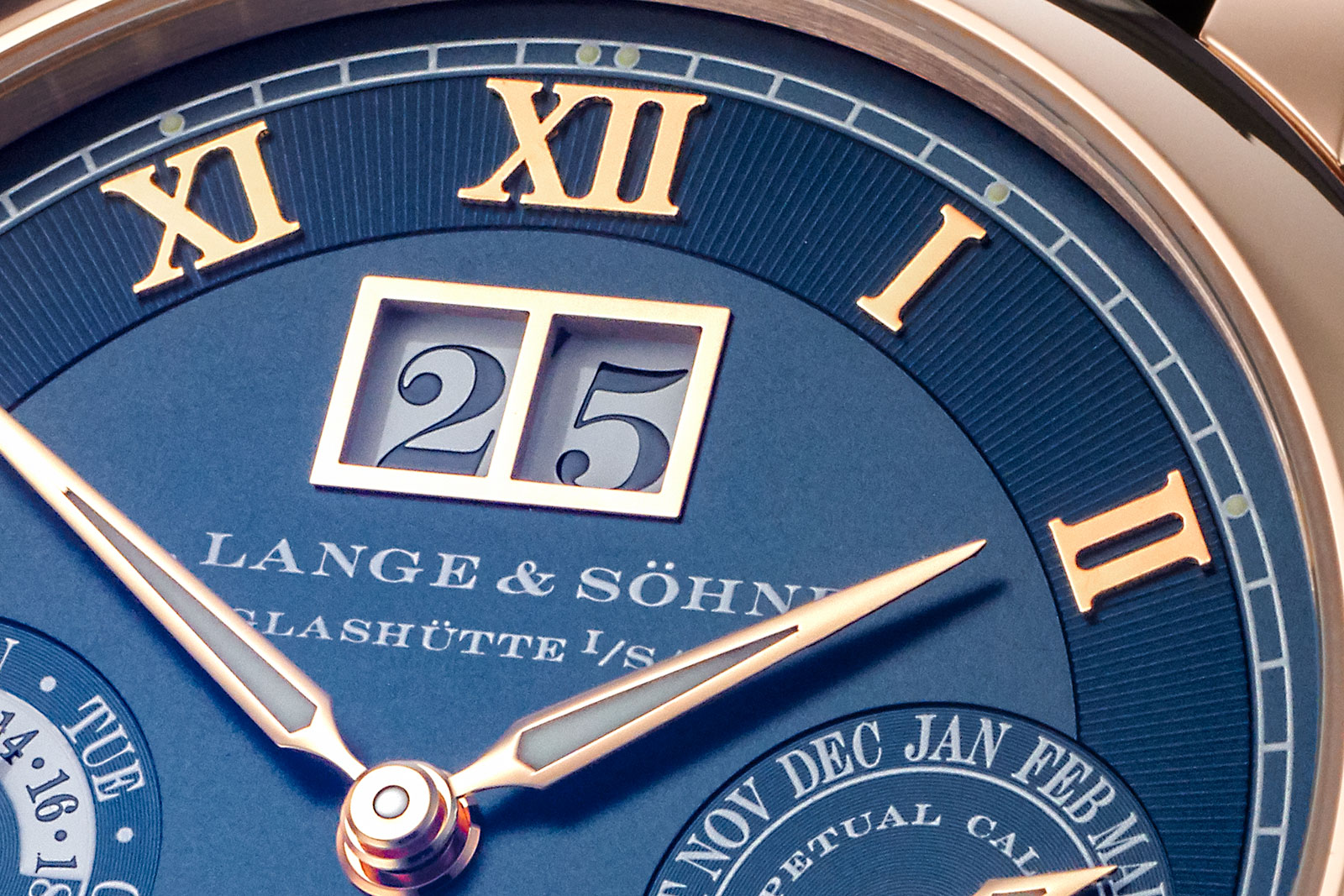 Less obvious, but equally important, is the typography on the dial. Despite a mix of Roman and Arabic numerals, as well as the Latin alphabet, the typography is coherent. It certainly helps that the font for the alphabet was specially designed and kerned by Lange, which gives the its dials a distinctive look and feel that matches the spirit of the brand.

But the star of the watch is the movement, which is a cut above the competition, and also more elaborate than most of Lange’s other self-winding movements.

The central segment of the rotor is 21k yellow gold, instead of merely being gilded as on Lange’s lower priced models. Another fine detail is the interior angle on the bevelling of the black-polished cap for the escape wheel.

Finally, the cal. L922.1 has clever functionality in the form of a zero-reset seconds – pulling the crown to set the time sends the seconds hand back to zero, much like the reset of chronograph movement, allowing for more precise synchronisation. 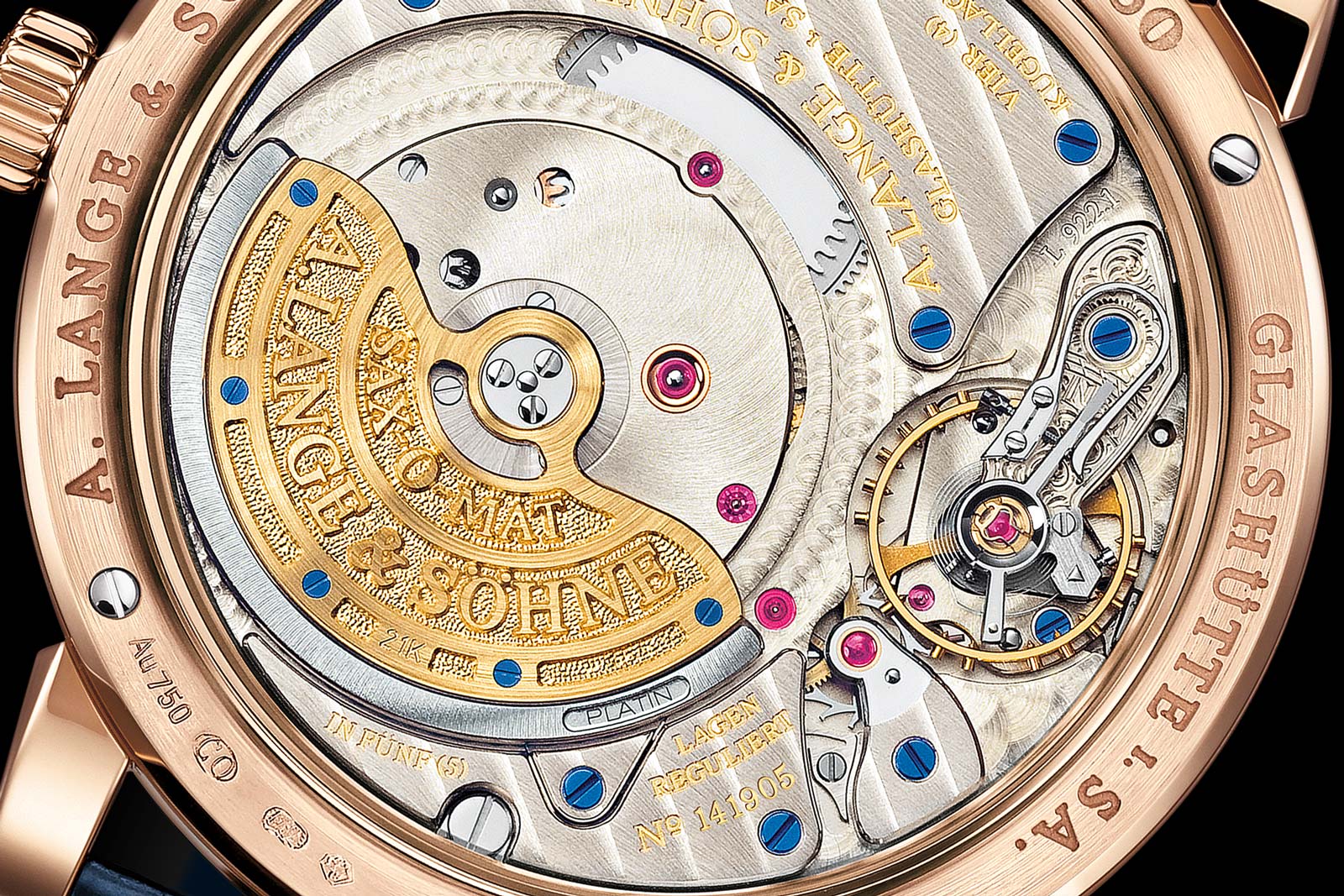 Limited edition: 50 pieces in each metal
Availability: At boutiques only starting August 2021
Price: €91,000 including 19% German VAT, or 132,600 Singapore dollars including GST

The last hurrah for the perpetual perhaps?